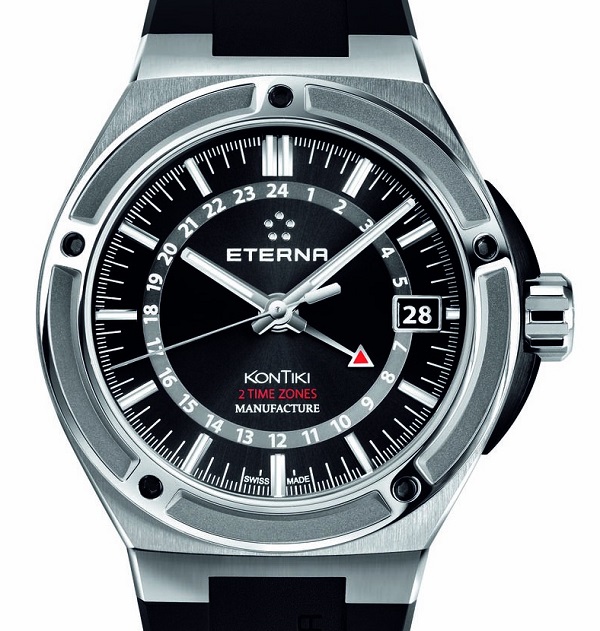 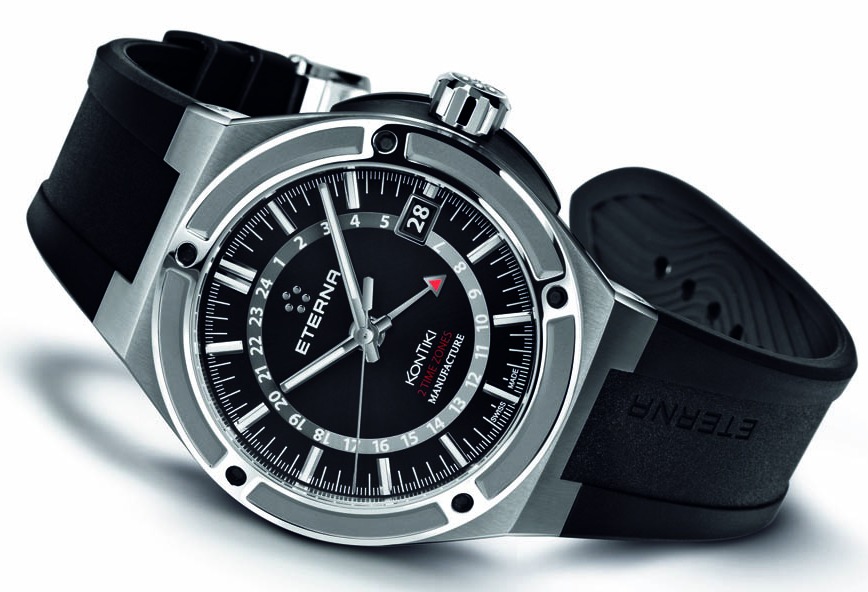 The Royal KonTiki Two Time Zones by Eterna is a handsome watch, but watch industry pundits will no doubt consider the bigger story being the first appearance of the new Calibre 39 in a production watch.

It couldn’t have happened soon enough.

When the Calibre 39 was announced this year, its appearance seemed to embody that well known saying ascribed to Plato that “Necessity is the mother of invention.” Since ETA owner, the Swatch Group, announced their intention to limit the supply of ETA movements to competing companies, the scramble had begun to find an alternative supplier. 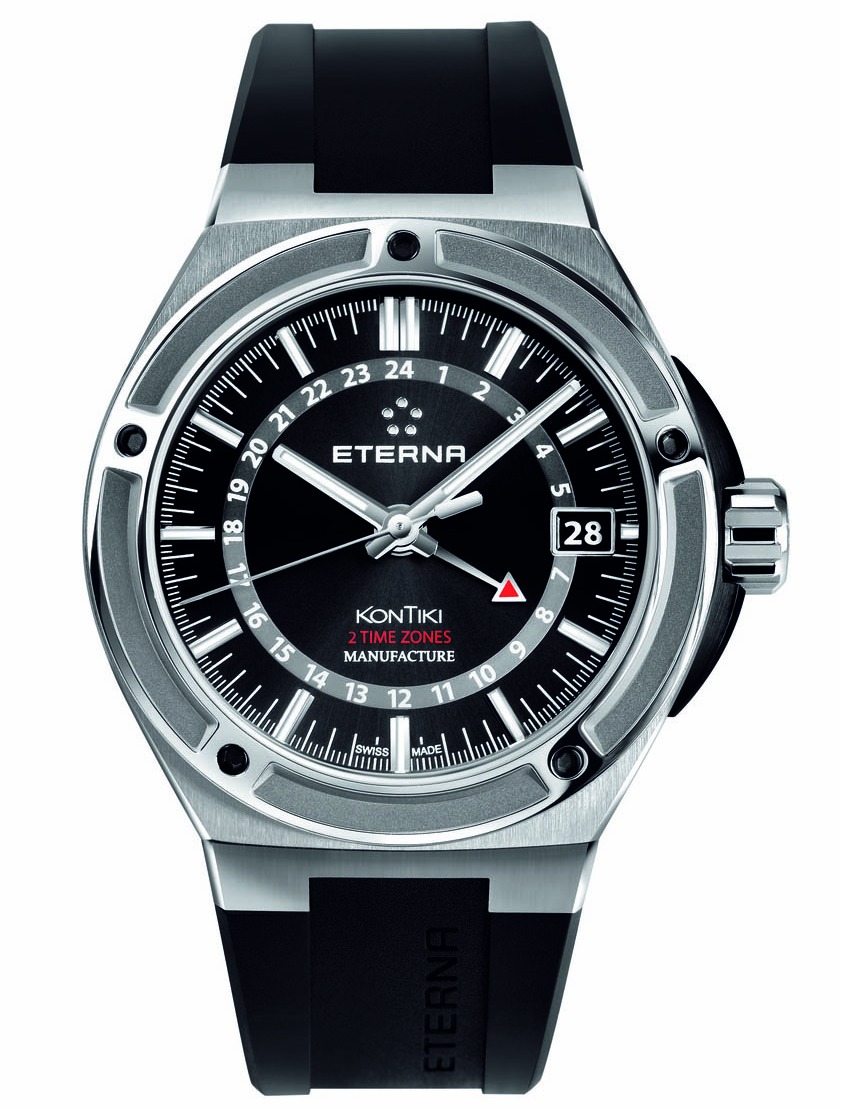 After-all, with the drying up of the supply of these workhorse engines, many watch companies would be left with pretty watch cases with nothing to put inside, thus threatening their survival. Those companies who could (ie: with deep pockets) were given impetus to develop in-house movements, partly to remove dependence on external suppliers, and partly to move up the chain as it were, towards credibility as a watchmaking company.

Amid this backdrop of change within the industry, it was the announcement of the Calibre 39 by Eterna that changed everything. We wrote about the Calibre 39 (which you can read about here) and you may have known that this is the result of a project that Eterna started in 2007 to create a brand new movement. 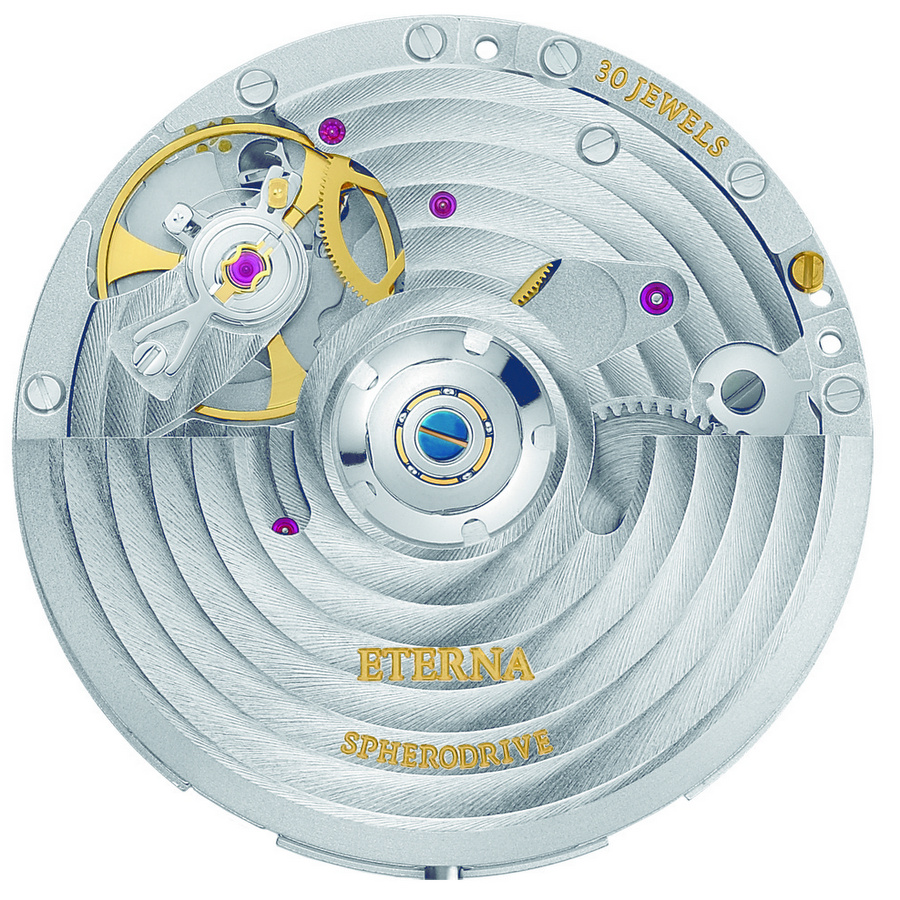 The main selling point of the Calibre 39 is the fact that it was designed from the ground up with modularity in mind. The goal was a strong base calibre from which many types of complications could be piled on top, creating a large number of variant movements. Ease of adding complications was also a main priority, with most modules needing only a few screws to install. The resulting 88 variants as conceived by Eterna would then be supplied to watch companies to carry on producing what they have always produced, as well as introduce new types of complications not previously seen from the ETA movements we know and love.

The Eterna Royal KonTiki Two Time Zones here uses the variant of Calibre 39 called the Calibre 3945A. It is an automatic movement fitted with Eterna’s Spherodrive system, beating at 28,800 bph and holding a 68 hour power reserve. As the name implies, the main complication that this watch showcases is the GMT function served by a central hand with a red arrow tip. 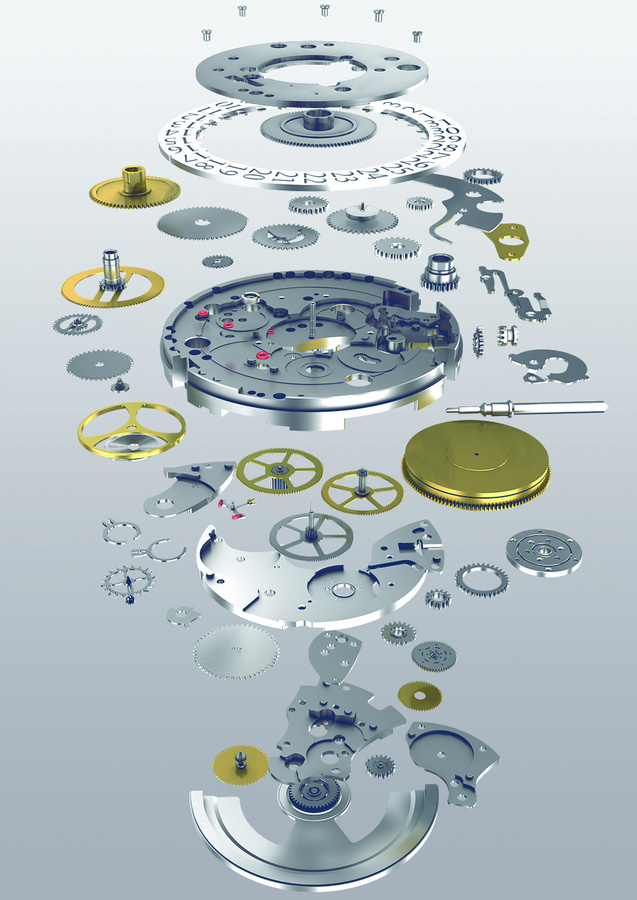 The 42mm case is in polished and satin-finished stainless steel, enhanced with a decorated bezel with five engraved grooves and five PVD-clad screws that easily recall the Eterna logo. What is interesting here is how the case looks very similar to an IWC Ingenieur, even to the shape of the crown guards. With the KonTiki however, the crown guards are PVD coated and add a further dash of sportiness to the already rugged looking case. Rounding off the specs is the water resistance to 100m and a black rubber strap held together by a stainless steel buckle. 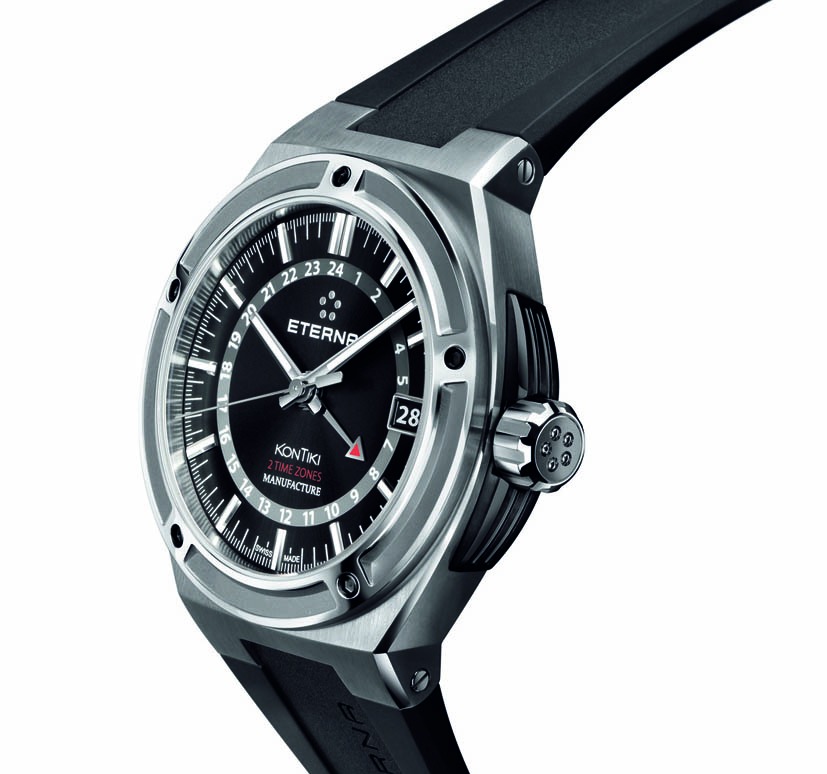 A handsome and sporty design, and in many ways I’m glad that the KonTiki was the first watch to use the Calibre 39, being the only signature line of Eterna that is easily associated to the brand by watch geeks. And since the KonTiki name is associated with the legendary sea voyage of Norwegian explorer and writer Thor Heyerdahl and so recalls the image of travel, this watch then, with the chosen complication, hits the right note because nothing is more useful to a traveler than GMT.

Want your Calibre 39 fix in a different flavor?  Well, you can look to the Porsche Design P6752 WorldTraveler launched at the same time as the Royal Kontiki Two Time Zones.

Porsche Design, as you might know, owned Eterna from 1995 to 2012, and as such the association runs deep. The P6752 WorldTraveler while sharing the same movement, differs markedly in its design. The Porsche Design aesthetic is all about motorsports and as such, the case is made of sandblasted titanium and the dial is of the more restrained, red, white, grey and black colour-scheme. 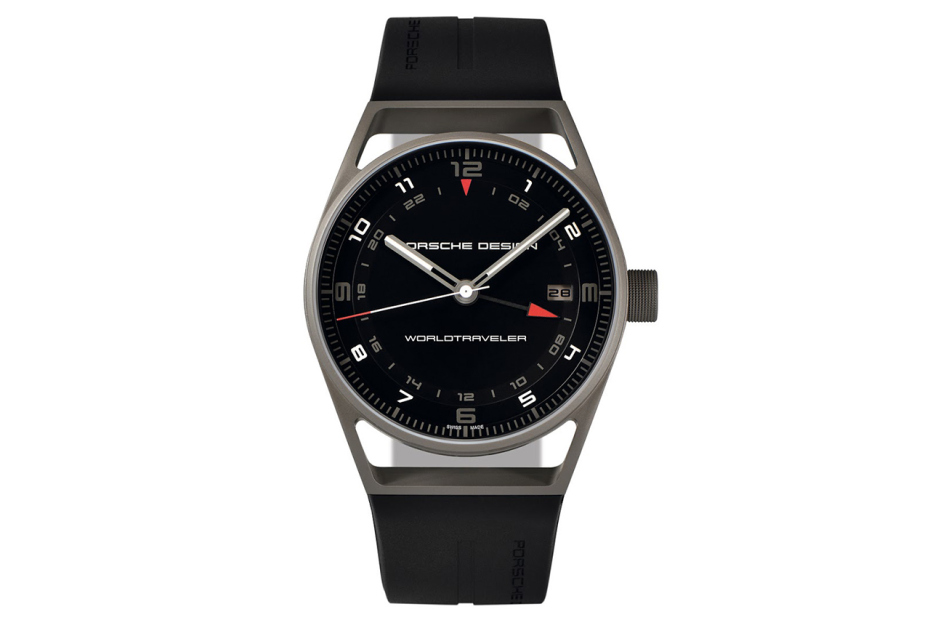 Both these watches are fetching indeed, but what they represent is really something new for the Swiss watch industry. As the first watches to contain the Calibre 39, and by extension, the start of giving more choices to the mechanical watch-lover, well, that can only be a good thing. eterna.ch