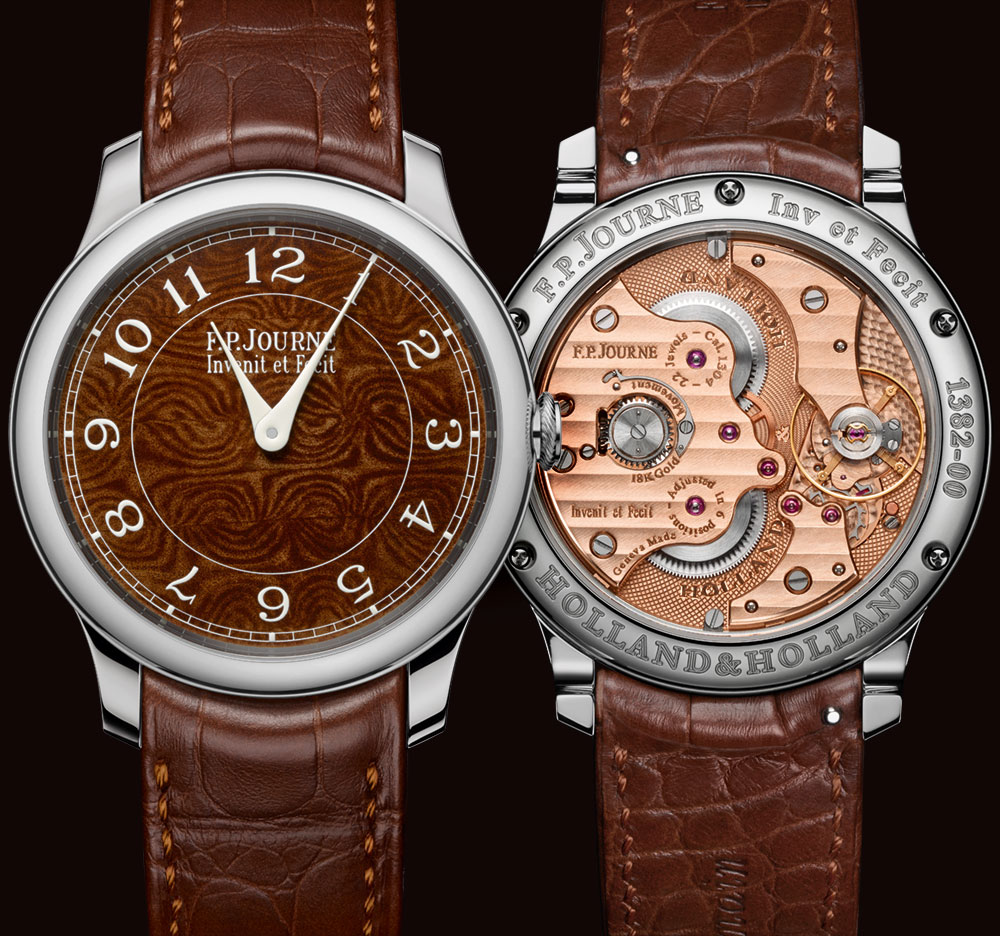 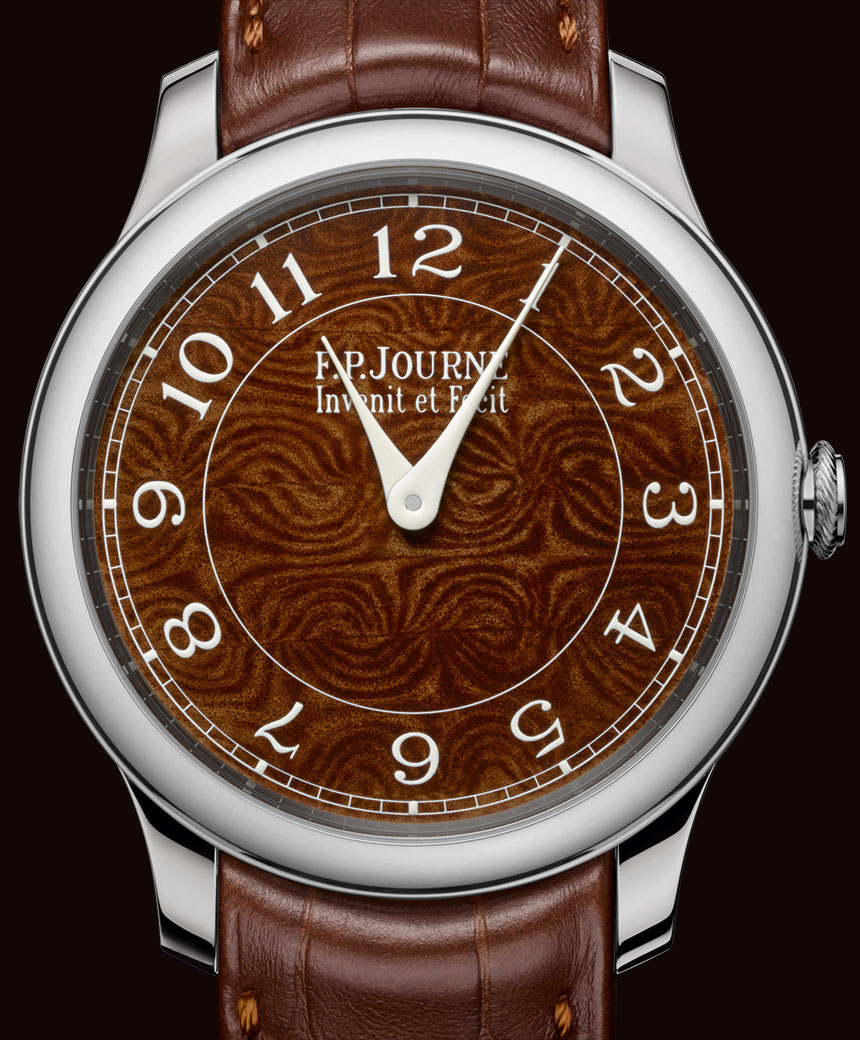 F.P. Journe is often mentioned in the same breath as other independent watchmakers like Kari Voutilainen or Vianney Halter, but the fact is that he operates very differently. Unlike his contemporaries, Francois-Paul Journe’s eponymous brand actually employs a small army of watchmakers and produces around 800 to 900 watches a year. That’s nothing compared to other high-end brands like Patek Philippe or Vacheron Constantin, but it eclipses the production of most other independent watchmakers. Furthermore, F.P. Journe even owns its own dial and case maker, which allows the brand to do some pretty interesting things. The new F.P. Journe Chronomètre Holland & Holland watch made in collaboration with an unlikely partner, the 182 year-old British gunmaker Holland & Holland, is a good example. 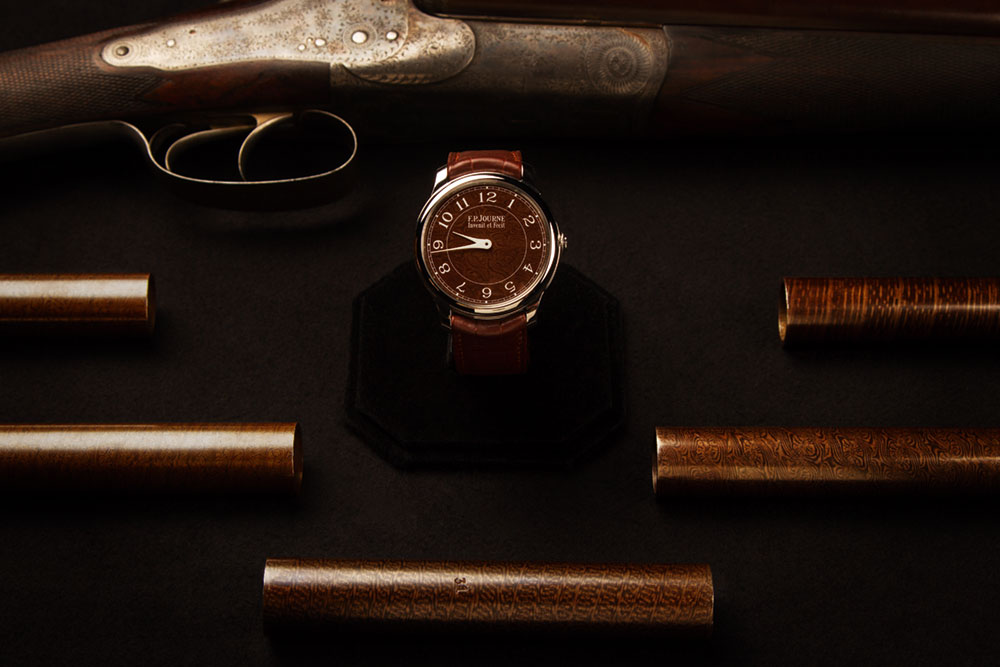 Before we talk about the watch, here’s a brief introduction to Holland & Holland. Based in London, Holland & Holland makes sporting rifles by hand, and a rifle can cost over $100,000. If you want to have it engraved, prepare to pay double. Despite the costs, the waiting period for a gun is said to be around two to three years. 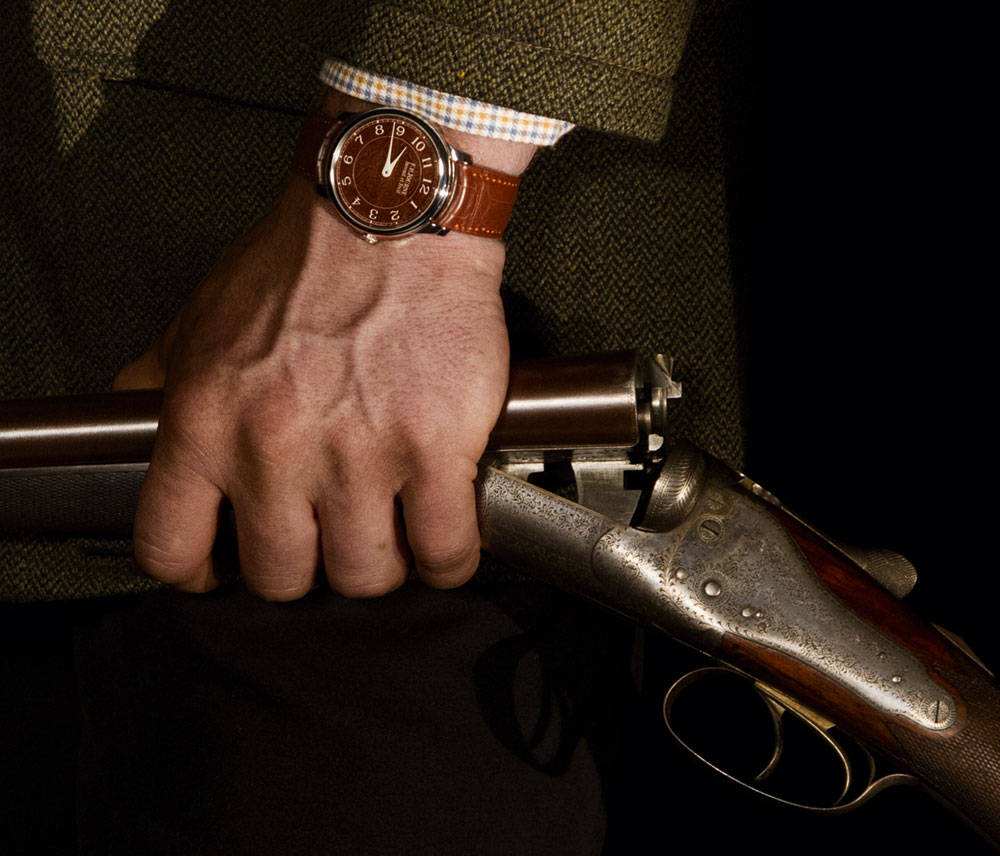 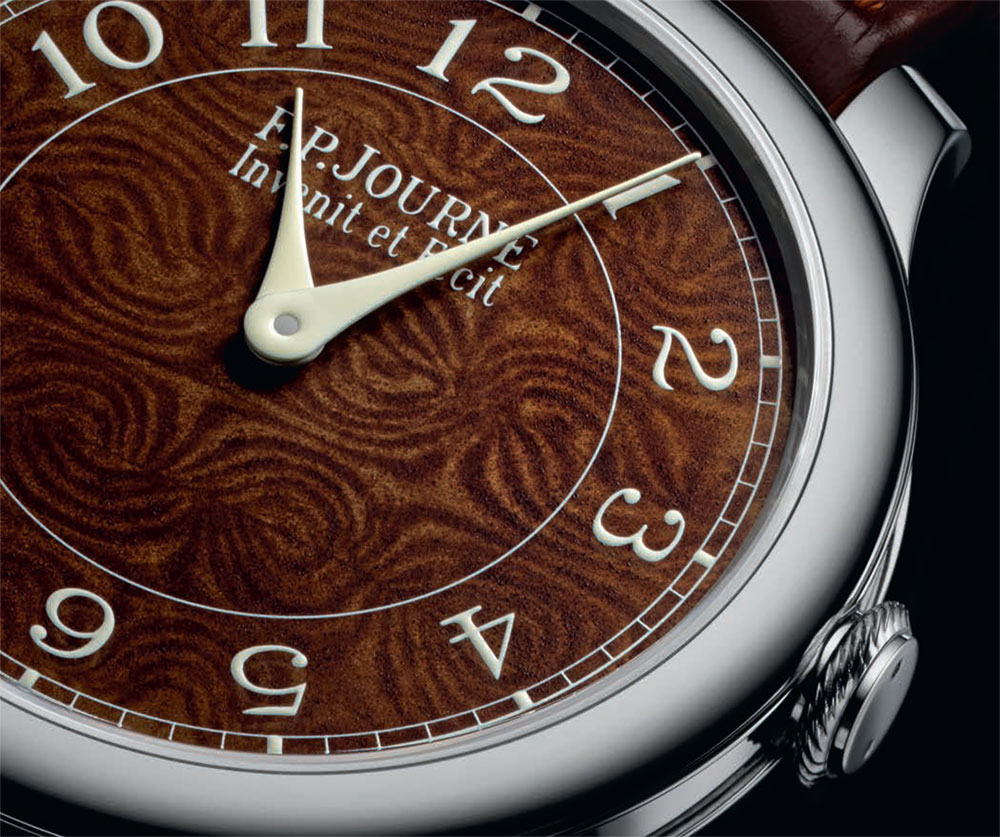 The new F.P. Journe Chronomètre Holland & Holland features a unique dial made out of a piece of Damascus steel taken from a pair of antique Holland & Holland gun barrels that dates back to the 19th century. The two barrels in question are Barrel No. 1382 from 1868 and Barrel No. 7183 from 1882. The art of making Damascus steel is said to be lost by the late 18th century, which gives this dial an extra element of interest. 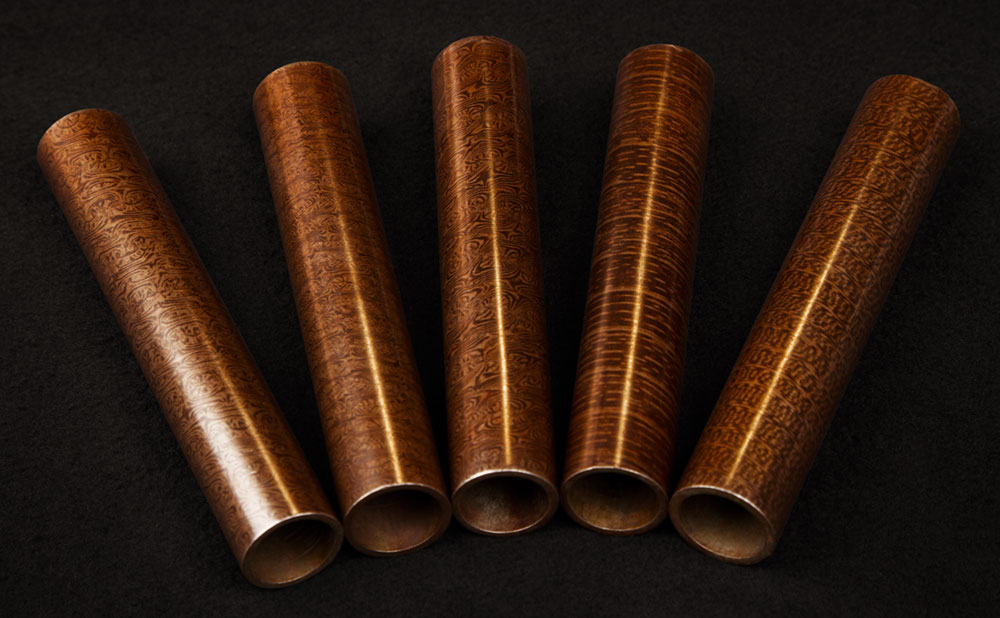 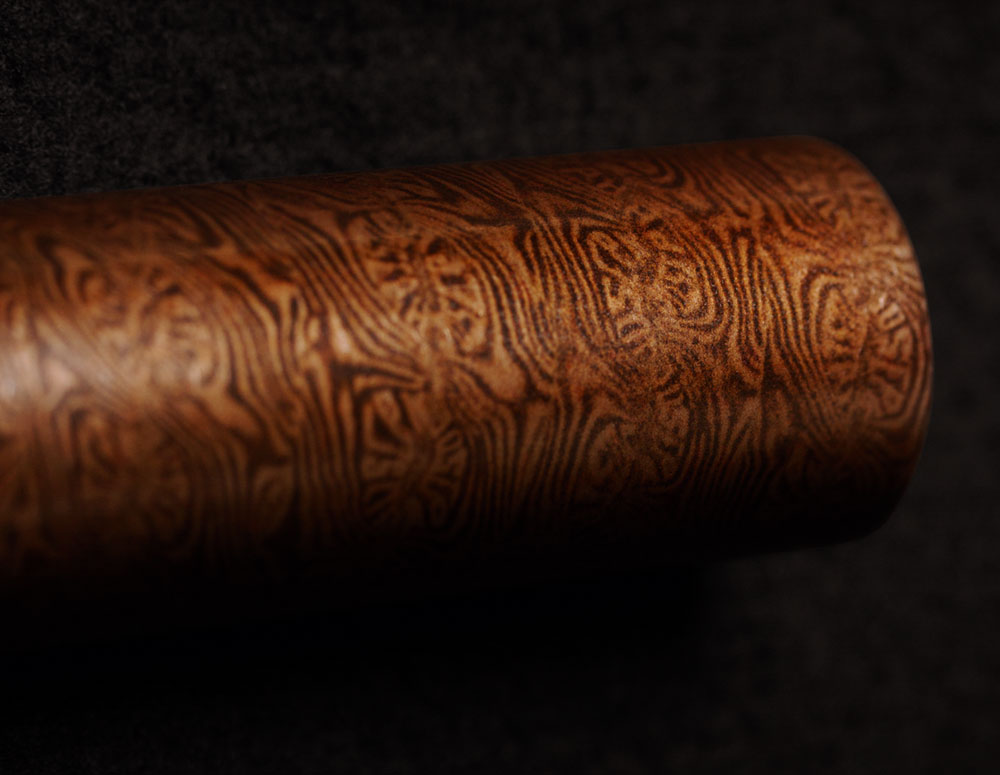 To craft the dials, the gun barrels were cut and formed to make flat strips. These were then further cut, cleaned, and polished and then sent to F.P. Journe’s dial maker, Les Cadraniers de Genève, where they are cut and prepared. Next, the dials are sent back to Holland & Holland where they are treated to further accentuate the wavy patterns of the barrels’ Damascus steel. Finally, they are sent back to F.P. Journe’s dial maker so that the brand’s instantly recognizable Arabic numerals can be applied. 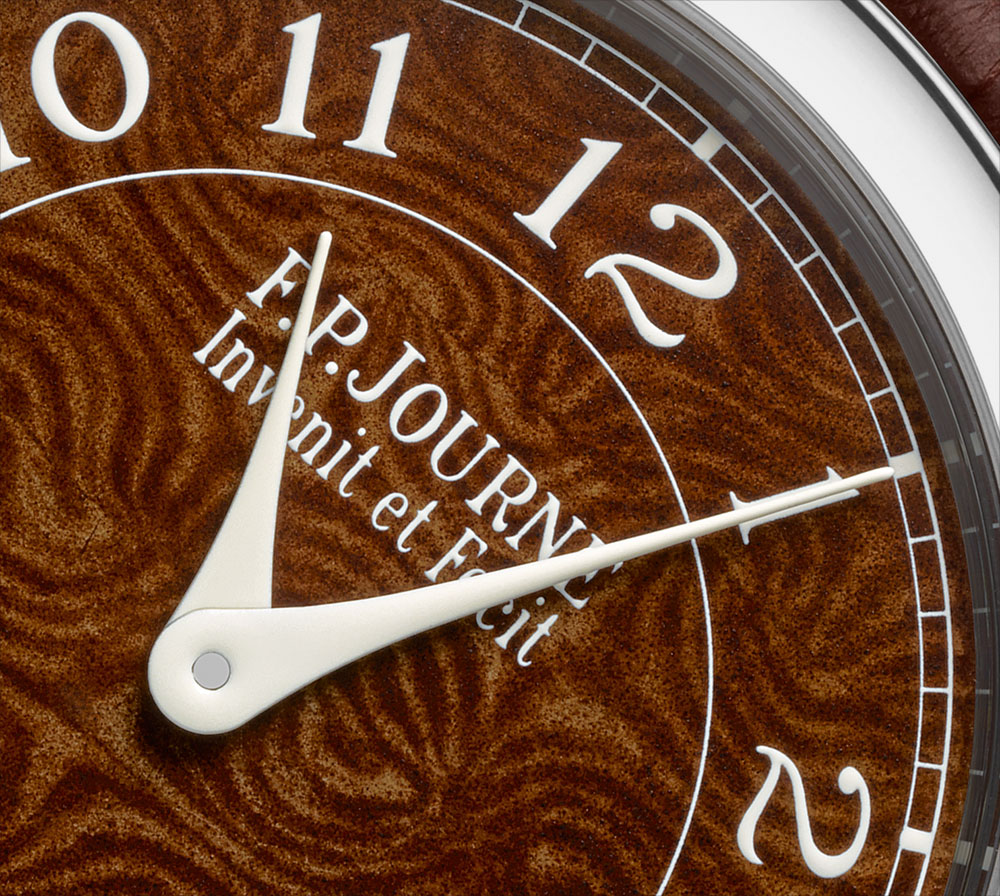 The end result is quite spectacular. The “browning” treatment done by Holland & Holland creates a special rustic brown hue, which, when coupled with the pattern of Damascus steel, creates a brown dial that is unlike anything else – though the pattern might remind one of, say, a tiger’s eye stone. Francois-Paul Journe’s immaculate sense of aesthetics can be clearly appreciated here as well, as he has astutely decided to keep the dial as clean as possible. Apart from the printed Arabic numerals, only the brand’s logo and motto adorn the dial. It’s a two-hander, time-only watch. 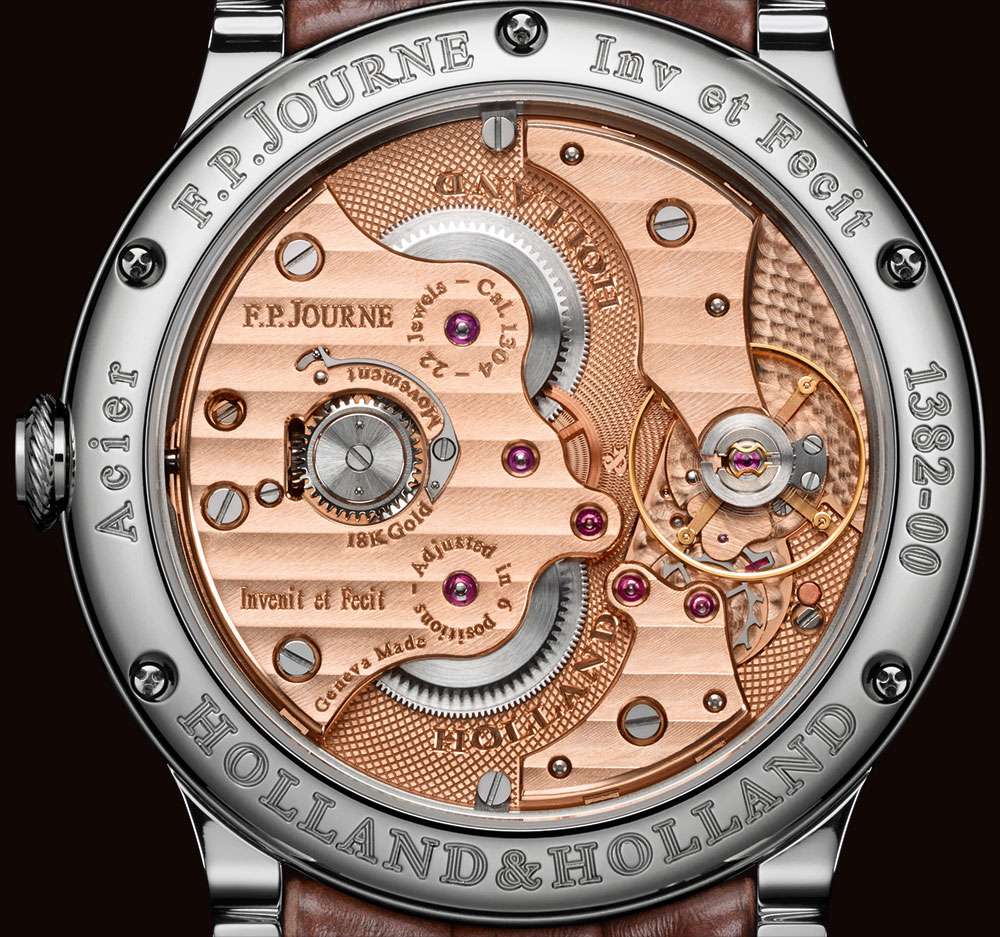 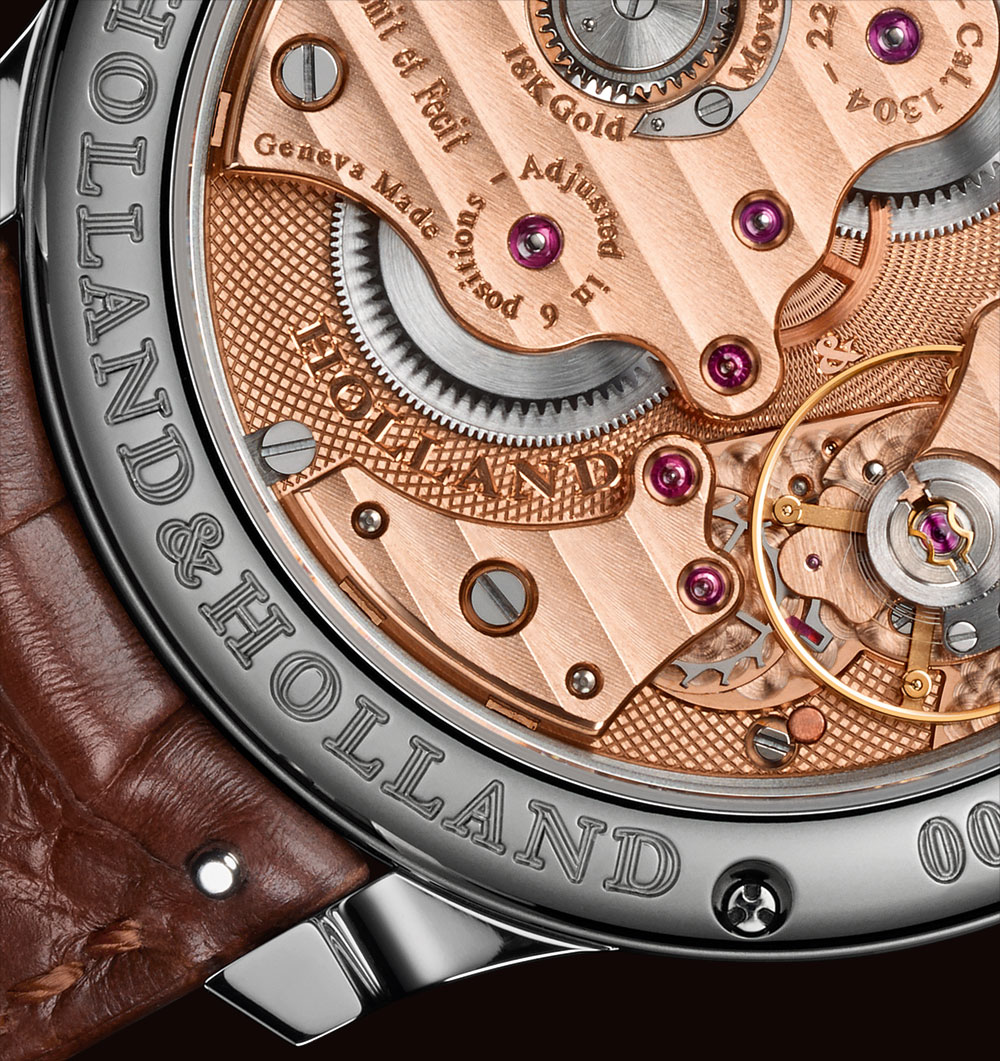 The Chronomètre Holland & Holland watch comes in a 39mm stainless steel case, which is quite unusual for F.P. Journe watches as stainless steel is typically reserved for Journe’s minute repeater and grand sonnerie watches – with others being mostly in precious metals. Inside beats F.P. Journe’s in-house caliber 1304, which is an immaculately finished hand-wound movement made largely out of 18k red gold. To celebrate the collaboration, Holland & Holland is engraved onto the base plate. Power reserve is around 56 hours.

All in all, the Chronomètre Holland & Holland, like so many of F.P. Journe’s other creations, is interesting, thoughtful, and well-designed. The choice of material for the dial is fascinating and this is a piece that I hope to be able to see in the flesh someday. Because of the limited amount of dial material available, only 66 pieces can be made. The F.P. Journe Chronomètre Holland & Holland is priced at 45,000 CHF. fpjourne.com