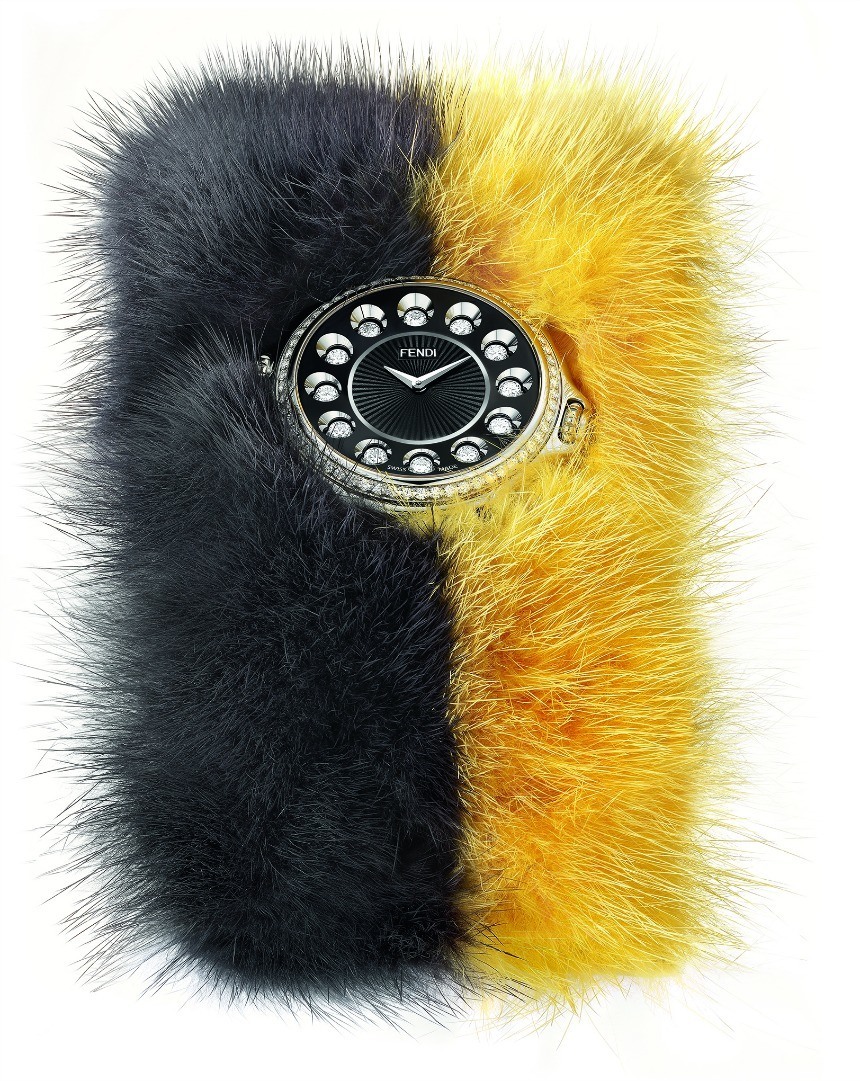 For 2014, Fendi will release a collection of women’s watches known as the Crazy Carats on mink fur straps. I’ve often asked myself how much people want watch straps with fur. Assuming it isn’t some emergency attempt to warm up your wrist, the idea of having a timepiece buried in a muff of hair (real or otherwise) never really sounded like a good idea. In fact, back in 2009 I discovered the most amazing timepiece from a man I had never heard of, and have never heard of since. Since then, the watch has come up in conversation from time to time when people say, “Hey Ariel, do you remember that Fraggle Fur watch?” Oh yes, I remember it.

Fraggle Fur is the pet name I gave to a watch I deemed to be most amusingly ugly that was produced by the French artist Andre Checa, and I discussed it here. If you want to know what it was all about, then do click on the link. In a nutshell, the case was made to look like a green rock, it had a high-end tourbillon movement with diamonds made by Christophe Claret, and it happened to be attached to a green mink fur strap. The movement made absolutely zero sense in the case, but I am sure that was part of the artistic vision of the French sculptor. Anyhow, the Andre Checa watch will remain a legend here on aBlogtoWatch forever. 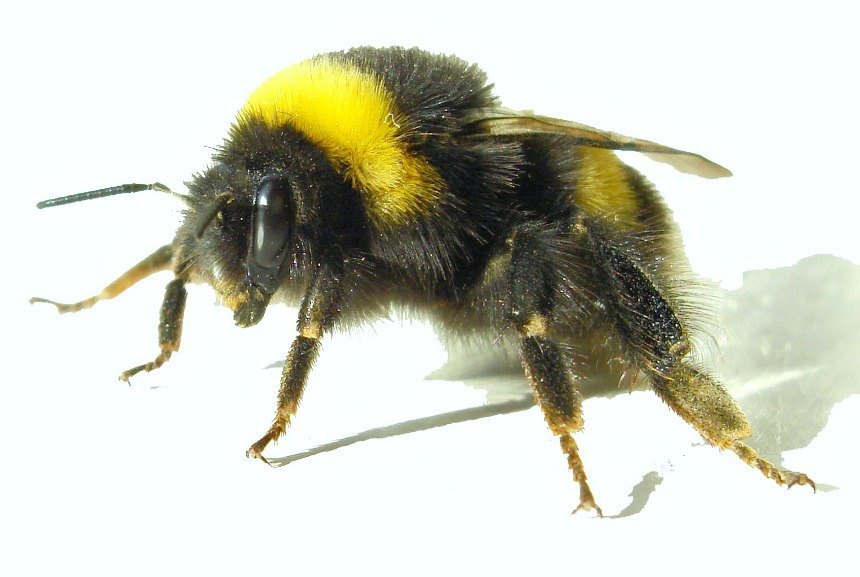 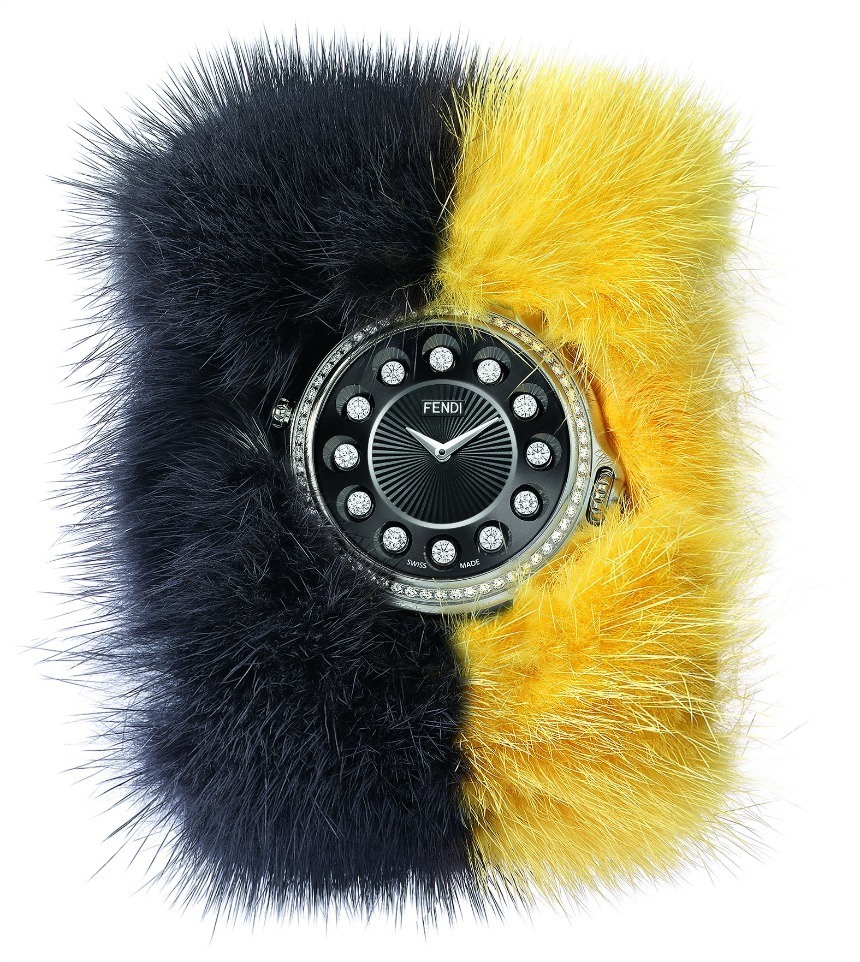 Fast forward five years to 2014, and I have to admit that I have seen fur straps show up from time to time, though they are quite rare. Today, I’d like to discuss another watch on a fur strap, that is perhaps a bit better conceived, though it still looks like a watch case buried in whimsically colored handcuffs.

The Fendi Crazy Carats is an interesting idea. It is most certainly a fashion watch, but what would you expect from an Italian fashion house? This isn’t high-horology, but as a novelty for women it is interesting. Let’s discuss the case and dial and forgo the matter of the fur strap for the moment. The timing element of the watch is rather simple as it contains a Swiss quartz movement with just the hour and minute. Nevertheless, there is an interesting design feature that is easy to notice as the watch’s second crown is buried in fur (literally).

See those gemstones on the case used for the hour indicators? They are set in a way such that each one can spin around. Each “unit” is actually a setting for three stones, and using the crown the wearer and simultaneously turns them to display diamond hour markers, pink sapphire hour markers, or blue sapphire hour markers. Fendi describes this fashion-oriented feature to allow the wearer to change the color of the stones in order to match their mood. Yet somehow a bold black and yellow fur strap works with all moods? 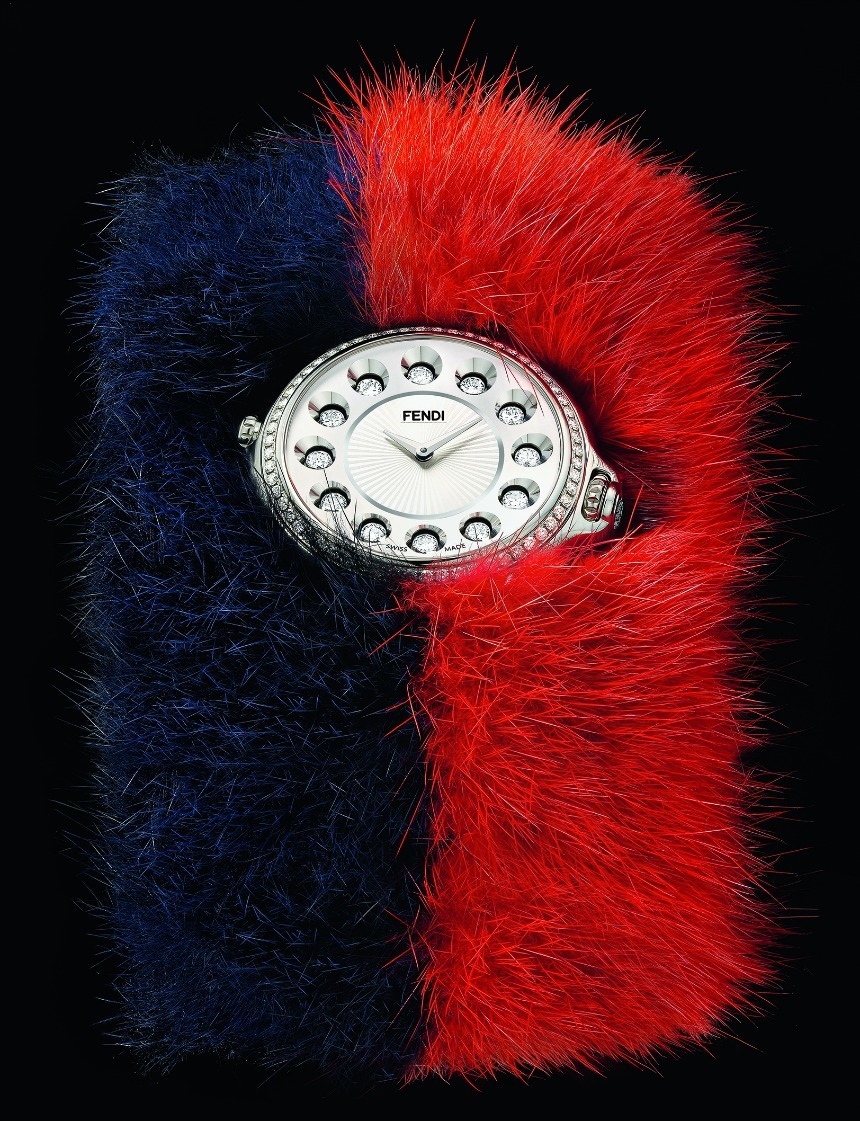 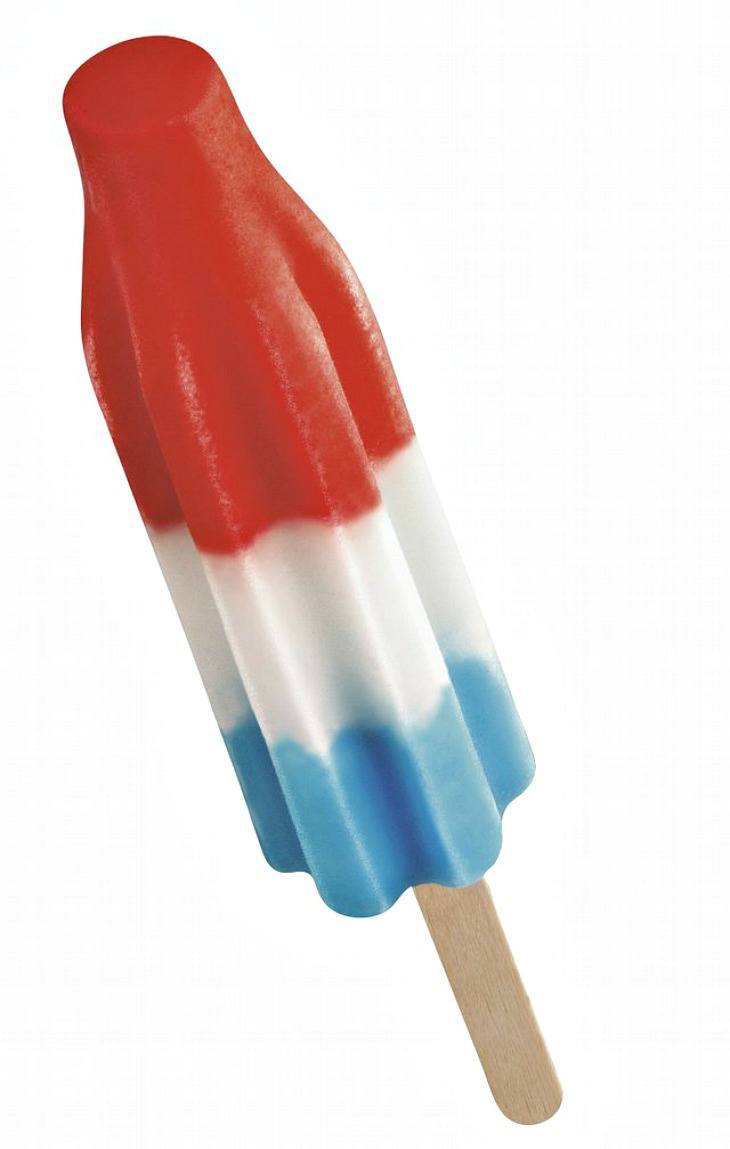 The 38mm wide case is in steel and the watch comes with various amounts of stones. The version you see here has diamonds on the hours markers and around the bezel. There is also a “full set” case which has 3.22 carats of diamonds and a white dial. It also happens to be matched to a black and white mink fur strap.

The watch itself isn’t bad and the feature to alter the color of the stones is interesting to say the least. I think it is a fun idea, and I hope it is available in watches other than these on the mink strap. I am not entirely familiar with Fendi watches for women–my apologies.

And then there is the two-tone mink fur straps on a crocodile base. My first question is why two-tone? Did Fendi try the Crazy Carats watch on a single color fur strap and decide that it wasn’t enough? How did they settle on a black (it is actually deep gray) and yellow along with a blue and red strap as the best options? My first thoughts are to–an actually furry–bumble bee for that black and yellow strap. For the red and blue strap I imagine something out of pure Americana–the Bomb Pop. Shaped like a rocket (and also known as the Turbo Rocket Popsicle), this frozen treat has a red and blue section flanking a middle white section. More or less an allegory for the American flag, I can easily imagine the white being the watch in the middle of this blue and red hairy creation. 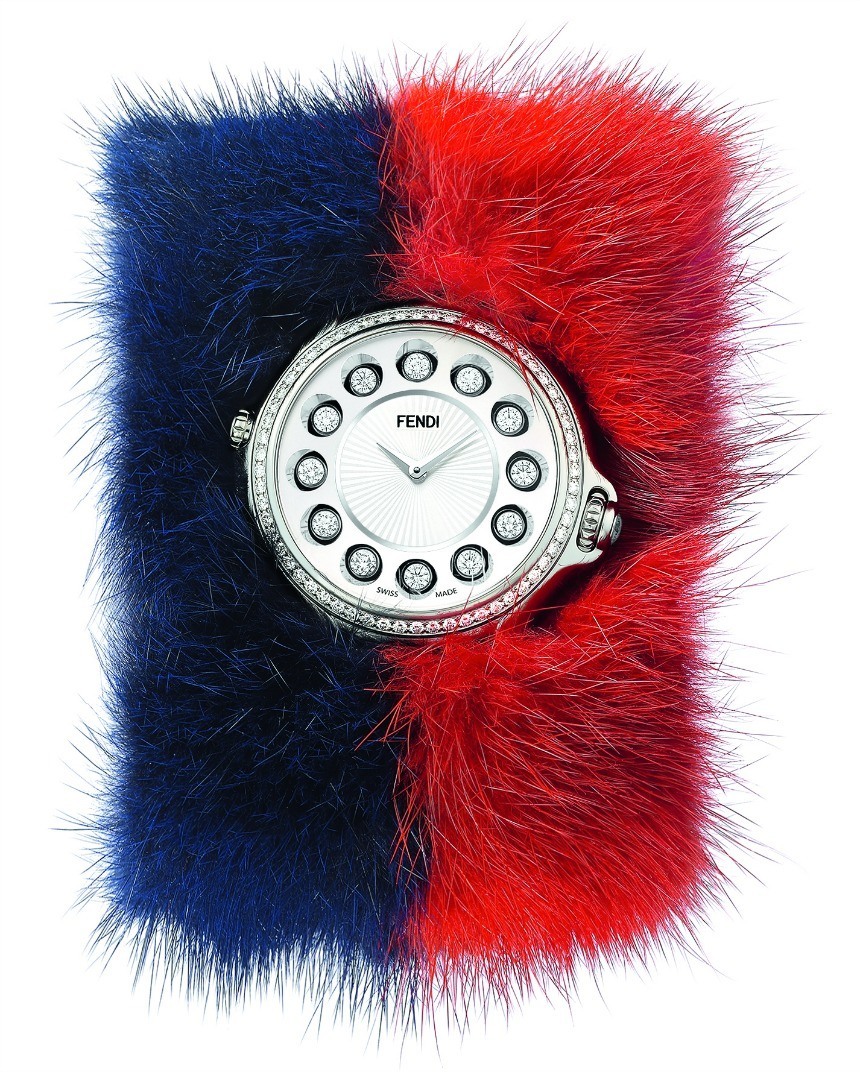 European fashionistas can pull off things that other Westerners simply cannot. There is really no casual way of wearing either of these Fendi watches. There isn’t an elegant way either. You either need to go “full fashion costume” or bust when it comes to these. I’ve seen plenty of women strutting around expensive European hotel lobbies that can probably match one of these watches to something they are wearing. Though if your wardrobe is more conservative, I have a feeling that a band of colorful fur on the wrist is going to be strange, be it a watch strap or anything else.

I cannot wholeheartedly admonish these timepieces even though a very reasonable reaction to them is “WTF?” There is artistic merit here, and because the cases aren’t shaped like geological findings they in no way match the status of the Andre Checa watch. In the end, these are nice ladies pieces wearing thick fur coats, and that is all I have to say about that. fendi.com