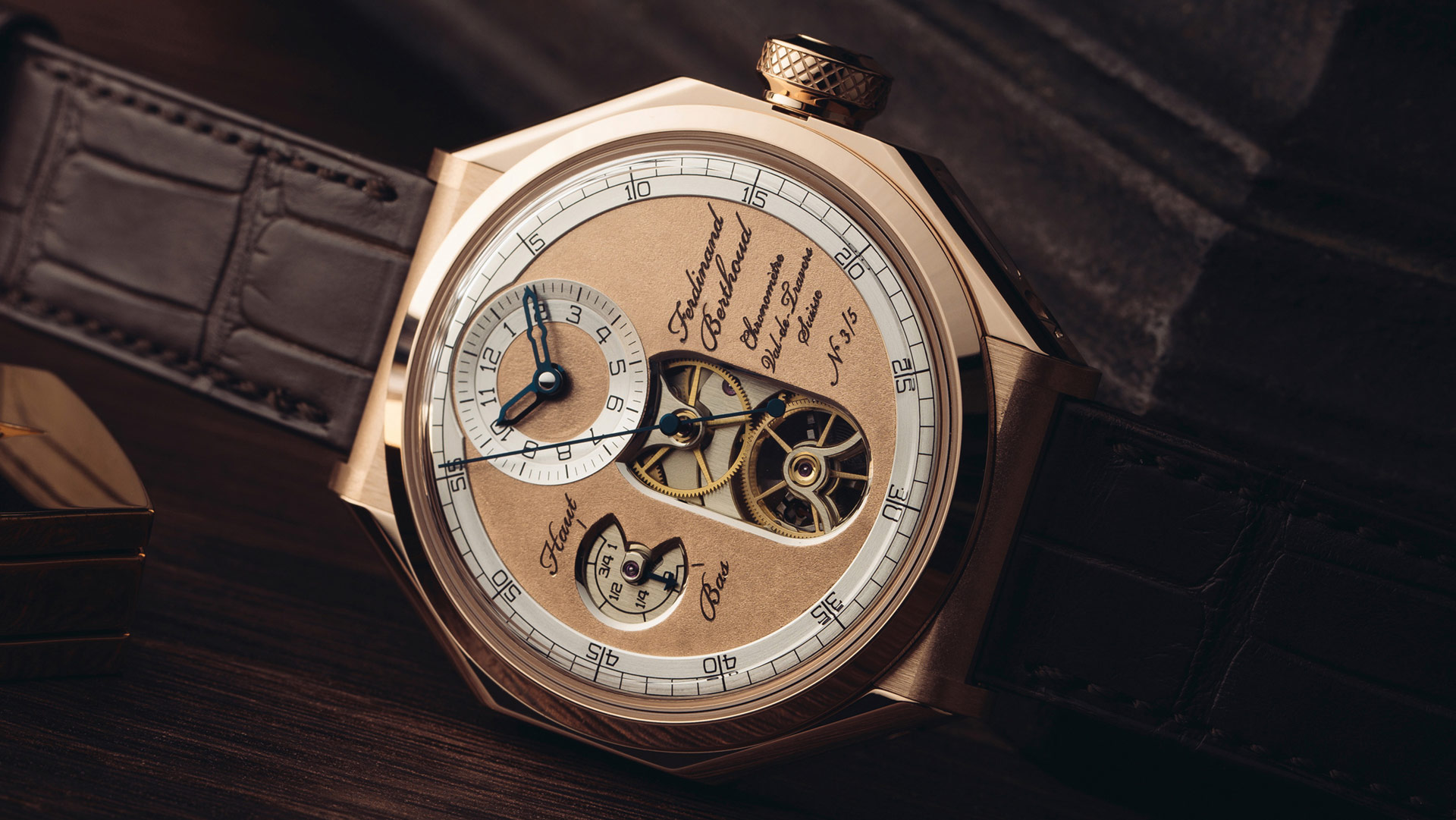 It’s not everyday that you see a new high-end brand enter the market, so you can imagine our astonishment in September 2015 when Chopard announced the creation of La Chronométrie Ferdinand Berthoud. The brand was intended to be an outlet for Chopard to showcase its most complicated and decorative watches. Its first watch, the Chronomètre FB 1 that we saw hands-on here, was a stunning first effort that heralded the arrival of a new serious player in the realm of haute horology. We have seen a couple of variations over the past three years, and there’s now two more that will join the fray. These are the new Ferdinand Berthoud Chronomètre FB 1 Oeuvre D’Or watches. The two new Chronomètre FB 1 Oeuvre D’Or watches are based on the existing white gold (FB 1.1) and rose gold models (FB 1.2), which explains their reference numbers: FB 1.1-2 and FB 1.2-1. The former comes in white gold and the latter comes in rose gold. Confusing, I know, but let me break it down for you. The two new models are actually almost identical to each other save for their different case materials and the color of their hands. That’s all there is to it. With that said, let’s get on with the FB 1.1-2, which is a little more special.

The Chronomètre FB 1 Oeuvre D’Or FB 1.1-2 comes in the same 44mm-wide octagonal case as the very first Chronomètre FB 1 watch, except that it is in white gold. The other difference is that baguette-cut diamonds have replaced the signature sapphire display windows at the sides of the case. There are 20 in total, giving a carat count of 1.99. The other big change is the dial, which now has a patinated finish that was done by hand. In addition to the patina, the text on the dial is now all hand-engraved. Time is still read off a subdial at 12 o’clock, and the power reserve lies at 9 o’clock. Dominating much of the dial is the tourbillon at 6 o’clock and the large central seconds hand, which pays homage to marine chronometers of old – a fitting tribute since the watchmaker Ferdinand Berthoud, alongside Pierre Le Roy, is considered to be one of the founding fathers of the marine chronometer. Turning it around, we are greeted by a sapphire display case back and the movement, which has been designated caliber FB-T.FC-3. The caliber FB-T.FC-3 is a complex one, boasting over 1,000 components, a chain and fusee transmission system, and a one-minute tourbillon. It beats at 3Hz and has a power reserve of around 53 hours. It is also a COSC-certified chronometer. To complement the new dial, the movement has a new decoration. Look closely at the bridges and you will see that there is now a pyramid motif across all of the three half-bridges. Impressively, the brand says that the material is cut free-hand using a graver.

As mentioned, the Ferdinand Berthoud Chronomètre FB 1 Oeuvre D’Or GB 1.2-1 is nearly identical to the FB 1.1-2 that I just described above. The only differences are that it has a rose gold case with no set diamonds in the case and that its hands are blue instead of silver. The dial is patinated and features hand-engraved text while the movement is identical, right down to the pyramid motif decoration on all bridges. Often times, I find myself feeling cold towards highly complicated watches mostly because it seems that the watchmakers were so focused on the movement that they forgot about everything else. Happily, the Ferdinand Berthoud Chronomètre FB 1 isn’t one them. On the front, it looks like a deceptively simple watch. Heck, even the tourbillon at 6 o’clock doesn’t really look like a tourbillon at all until you peer closely. It’s a watch that only reveals its secret to its owners and those who are learned. Clearly, Ferdinand Berthoud hasn’t neglected the other parts of the watch. To be honest, there isn’t much that’s new about these watches, but it’s the little things that matter at this level of watchmaking – and they offer a good chance to revisit this interesting brand. If I’m shopping for a watch that costs as much as this, I want to know that as much of it as possible has been done by hand, and the patinated dial with its hand-engraved text and the pyramid decoration on the movement’s bridges is an artful reminder that skilled craftsmen have labored to produce what I’m wearing. The Ferdinand Berthoud Chronomètre FB 1 Oeuvre D’Or watches are limited to five pieces each in white gold and rose gold and we will update here when official prices are announced. Learn more at ferdinandberthoud.ch