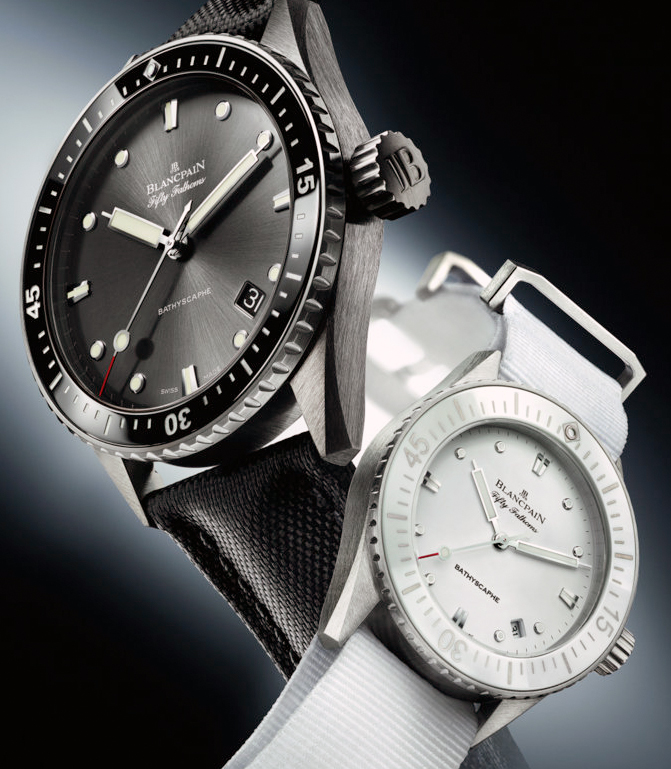 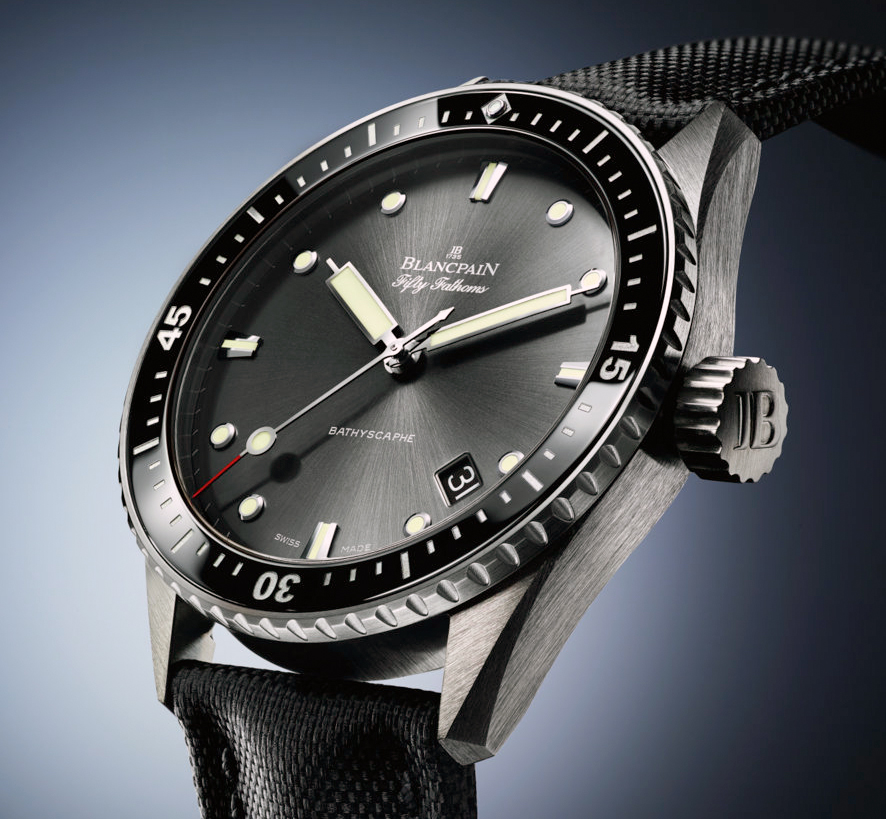 There is something to be said for being the first to start it all.

When you think of luxury diving watches, other brands might compete for attention, but the mere mention of the Blancpain Fifty Fathoms is enough to end all discussion on which is the most important diving watch in history. Which other watch can claim to have laid down the blueprint of what we know as the essential aspects of a diving watch? From the depth requirements, the unidirectional bezel marking dive time, to the must-have indication of the watch’s functioning, these and other criteria that have come to define a dive watch would not have come together had two French navy divers been satisfied with the dive watches of their day

In fact, the Fifty Fathoms from Blancpain has such a long and storied history that if you’re a diving watch enthusiast, the basic facts should be familiar to you. In 1953, French naval diving officers Captain Robert Maloubier and Lieutenant Claude Riffaud were charged with creating a new group of elite combat divers and needed a suitable watch that was up to the task. None of the diving watches of the time were suitable, and both went around to many different companies to find one that would develop a watch which would possess unheard of technical characteristics, suitable for the demanding use of the divers. Rejected by many watch companies, it wasn’t until they met Jean-Jacques Fiechter, CEO of Blancpain and a passionate diver, that the watch was given the go-ahead to be developed.

Under Fiechter’s direction, the watch was developed much in the way that Maloubier and Riffaud had envisioned. Fiechter, being a diver himself, added that most famous aspect to the bezel, its unidirectional nature to decrease the marked dive time in the event the watch was bumped underwater. The resulting watch was so successful that it went on to be adopted not just by military personnel the world over but early explorers of the ocean. Jean-Jacques Cousteau for example was one such early adopter who wore it in the famous film “The Silent World”. 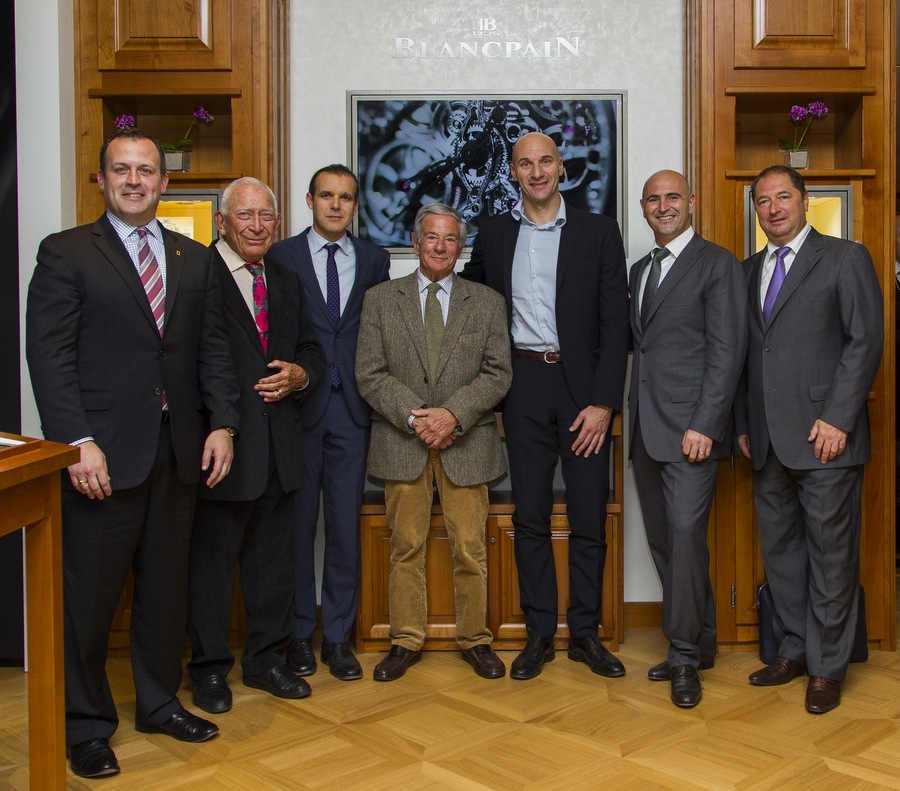 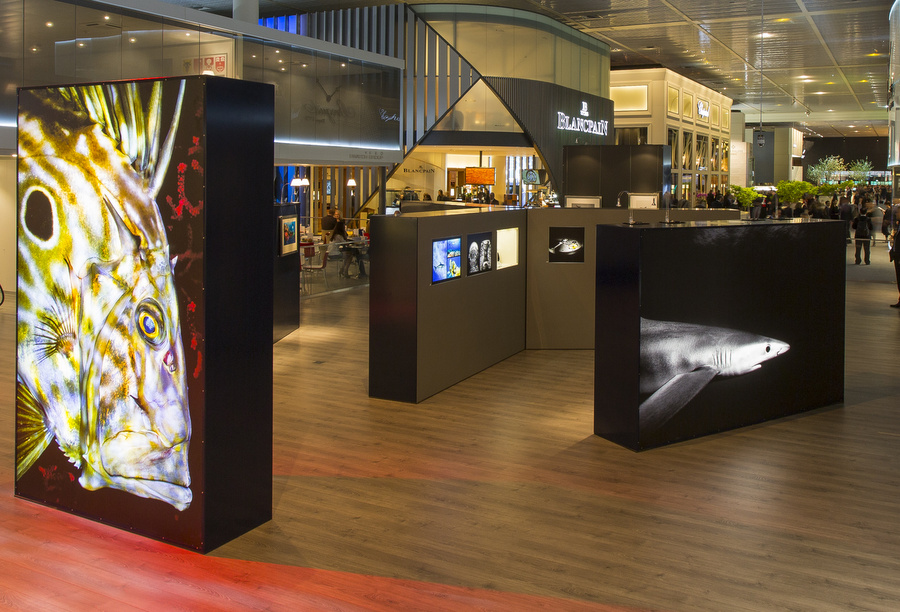 Thus with 2013 marking the 60th year of the Fifty Fathoms, Blancpain thought it appropriate to remind the world once again of how the company has been intimately associated with the diving world through the provision of the Fifty Fathoms watch in the service of ocean exploration and discovery.

For the event held at Baselworld 2013, emblematic figures whose careers have been connected to the sea gathered to pay tribute to the release of the Fifty Fathoms 60 years ago. The father of the Fifty Fathoms, Jean-Jacques Fiechter, Blancpain President from 1950-1980 was in attendance, as was David Bennett (National Geographic Vice President), Enric Sala (National Geographic Explorer in Residence), Krov Menuhin (Hans Hass Award Committee President), and also the free-diver Gianluca Genoni. 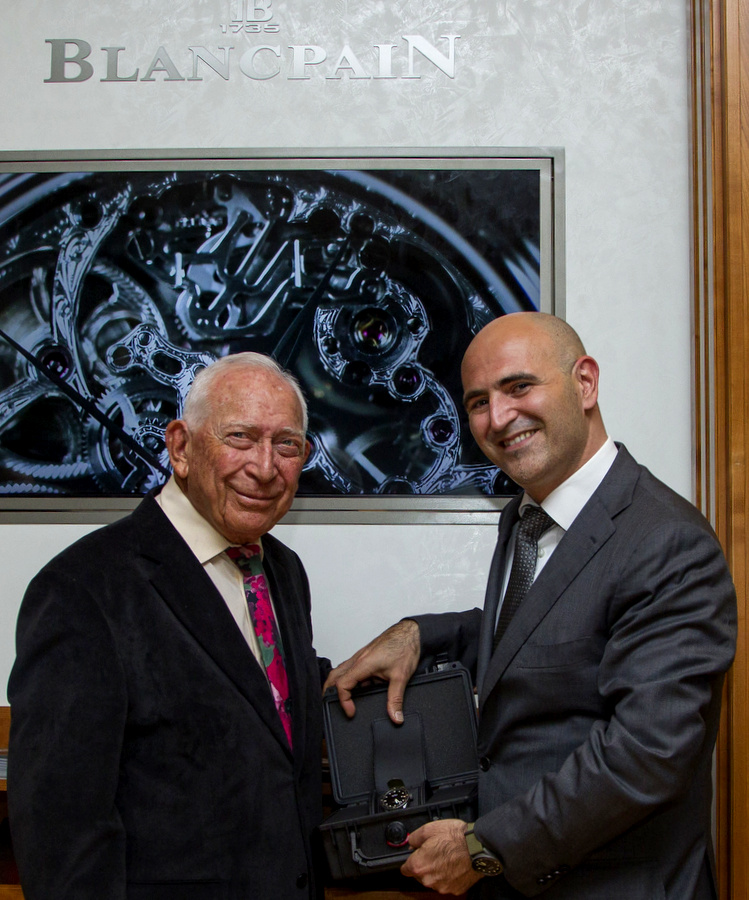 Additionally, a highlight of the event several months ago was the live transmission with Laurent Ballesta, currently in expedition with Blancpain in South Africa to encounter the famous living fossil, the coelacanth.

With such luminaries in attendance at this event, it does go to show that the diving pedigree of the Fifty Fathoms is very much alive and well. This is the kind of thing that Blancpain should shout about more often really, as many divers I know who dive are only vaguely aware of the special place that the Fifty Fathoms has claimed as a diving instrument. Perhaps in looking to broaden the appeal of this watch, we have the two pieces that were launched in conjunction with this event.

For 2013, it is the Fifty Fathoms Bathyscaphe for men and women. We published a hands on with the men’s version which you can read about here.