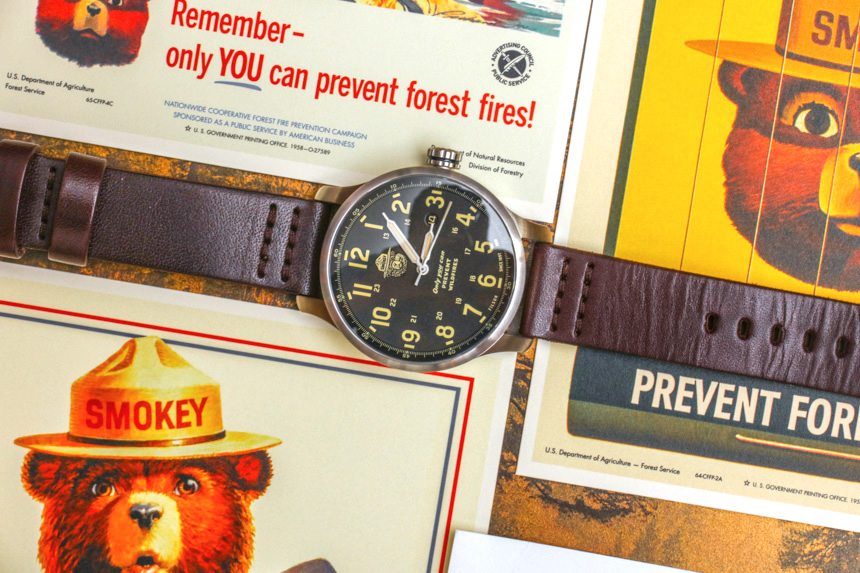 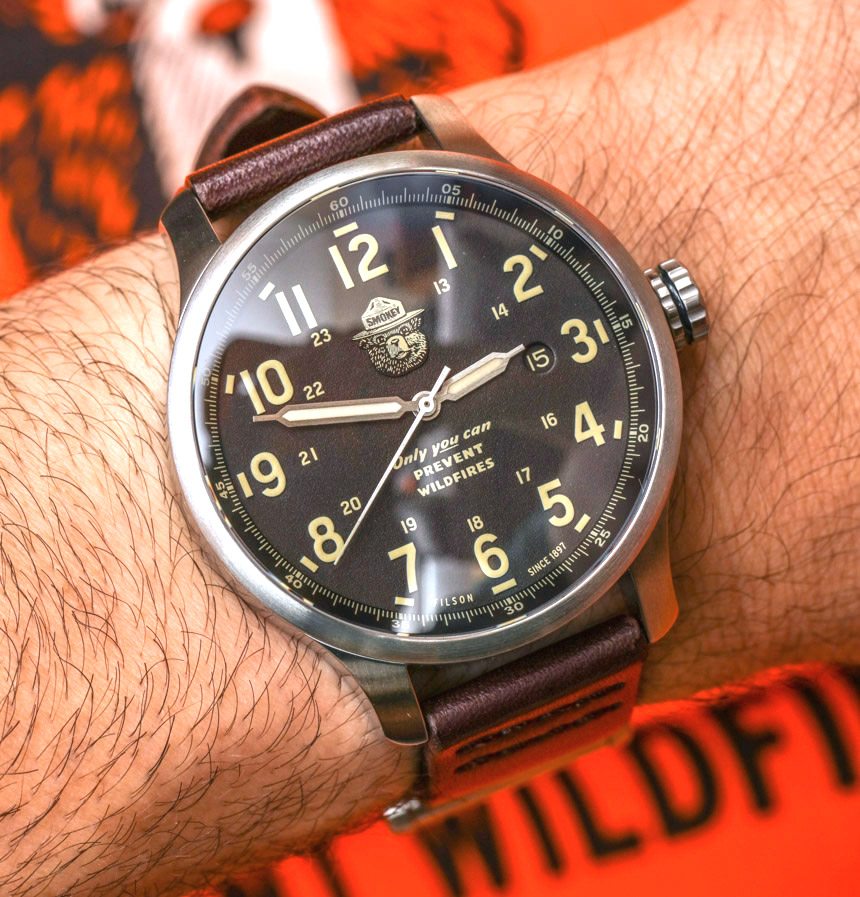 Filson is an American maker of men’s goods which since 2012 has been owned by the same group that owns Detroit-based watch and goods maker Shinola – a further familial (but not directly connected) relation to also American company Fossil. That’s just a little bit of background information intended to help frame the nature, purpose, and particular reasons behind a watch that I actually have a lot to say about. The Filson Smokey Bear Watch is among the stranger timepieces I’ve written about lately – and that comes from someone known to be extremely open-minded to avant-garde design. In its own special way, this limited-edition watch is a true collector’s item just by virtue of how seemingly random it with is (yet with a lot of effort put into it). Moreover, this is perhaps one of the few $1,000 watches probably not worth its $1,000 price that I would nevertheless say is worth buying for $1,000. 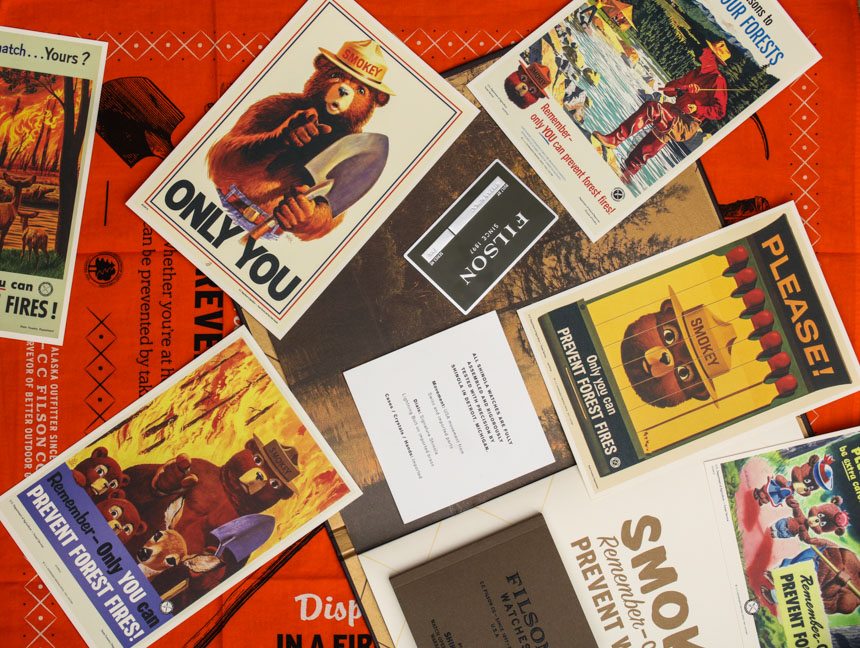 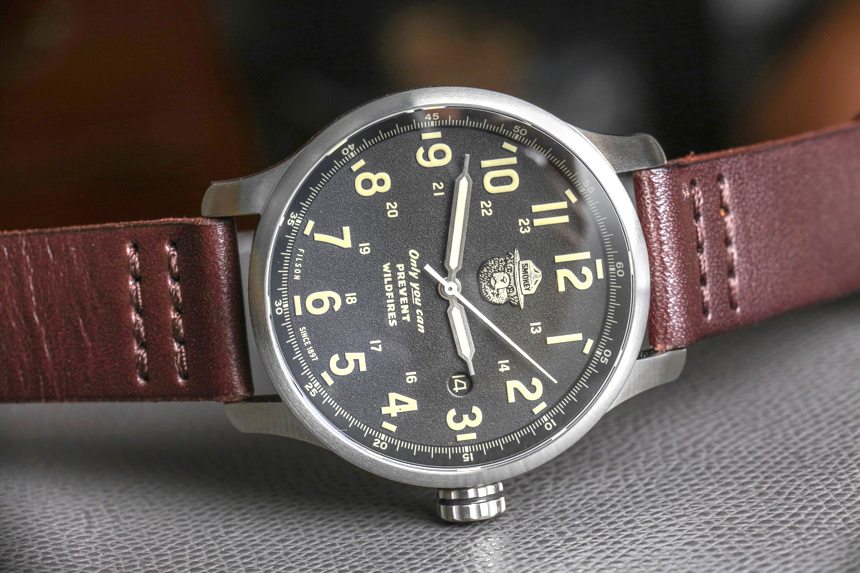 Recently, Filson debuted a larger collection of “official” Smokey Bear items including clothing, bags, and other goods. This limited-edition Filson Smokey Bear Watch is a sort of thematic apex to the collection for ultimate Filson and Smokey Bear fans. Originally debuted in 1944 and popularized in the 1950s and for a few decades on, Smokey Bear (or “Smokey the Bear,” as the character is sometimes known) is a staple of Americana conceived in the golden age of advertising as a public service for the US Forest Service as part of a larger messaging campaign about preventing forest fires. 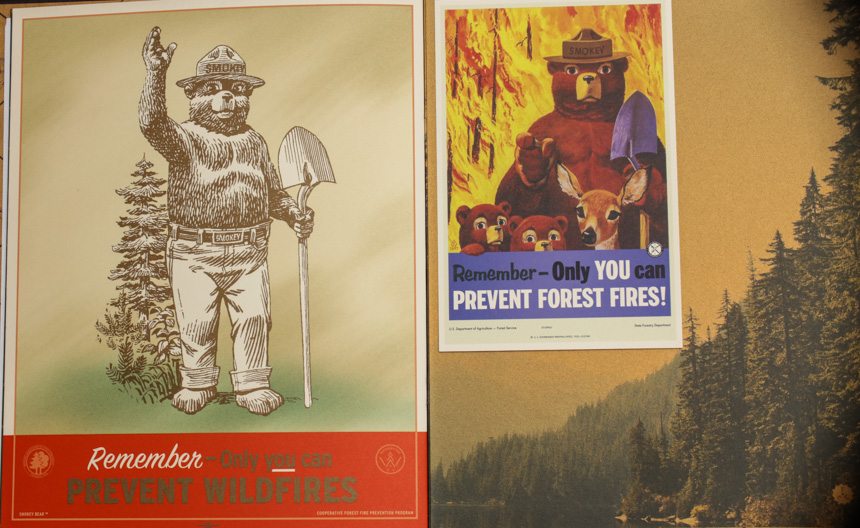 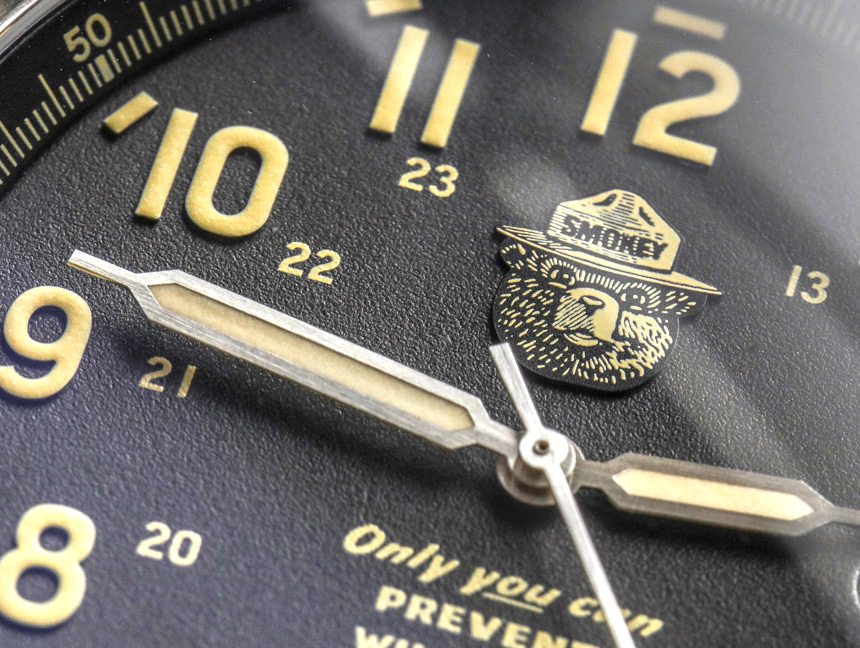 Apparently, only you can prevent forest fires, if the David Lynch-ian cartoon beast is to be believed. What makes Smokey Bear such an enduring character, in my opinion, is how much of an impact this image has made on the minds of children. When most kids first see the image of a serious-looking bear with a park ranger’s hat, they aren’t sure whether to be in fear or to perk up and pay attention. Forest fires (“wildfires”) are the evil that Smokey is fighting against – and those are clearly honorable things to prevent. With that said, it’s entirely feasible for a five year old child to harbor sleep time nightmares due to regular exposure to the stone-eyed upright walking grizzly that could randomly appear in the woods wearing nothing but pants and a labeled hat while brandishing a shovel. No, its not for burying bodies, its for shoveling sand on campfires, of course. I’m just saying that the line between Smokey being helpful to woodland creatures and terrifying to humans is clearly thin. 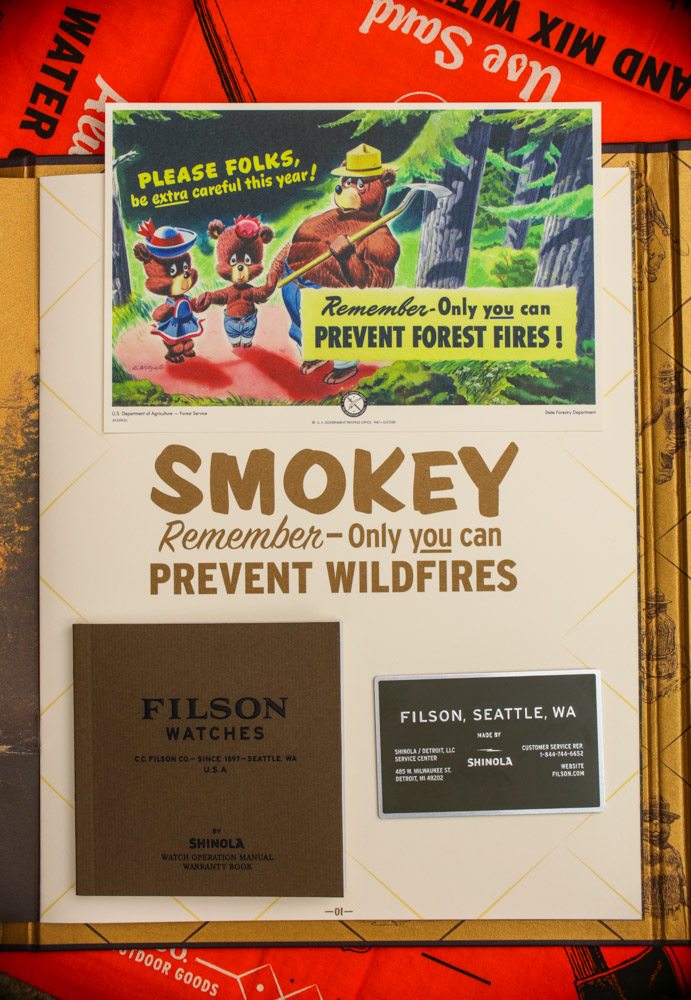 Smokey’s enduring message about preventing the destruction of our lauded natural preserves runs deep in American culture to the time of President Theodore “Teddy” Roosevelt who, I believe, began the tradition of establishing national parks in the United States. National parks exist all over the country and for decades have served as regular recreational grounds for families and anyone with an outdoors spirit. Of course, the introduction of humans into nature causes numerous problems from littering to, well, destruction. What Smokey Bear is advocating against isn’t all fires in nature, but rather responsible care when exercising the eons-old tradition of the campfire. 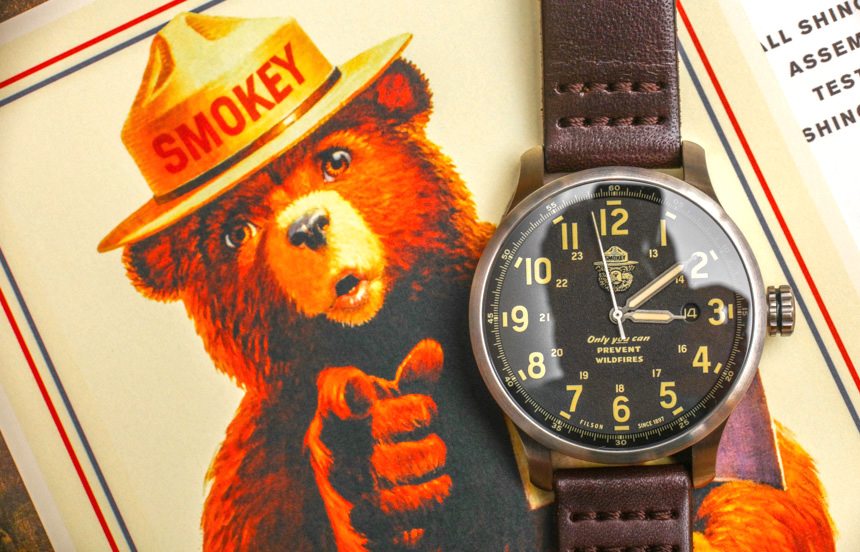 For more information on responsible camping, I would recommend watching a few dozen episodes of The Yogi Bear Show. Hanna Barbera created this more friendly (and mischievous) cartoon character in 1958, well into the public’s awareness of Smokey Bear. If the two were to star in an episode together I don’t think they would get along, but I think it is safe to say that the mascot of all that is wildfire prevention clearly paved the way for the catch-phrase slinging friend to Boo-Boo and bane of Ranger Smith’s existence. In fact, starting in the 1960s Yogi Bear served his own role in public service, helping to remind people not to feed bears. Leaving behind shovels for them to assist in Smokey’s fire extinguishing duties continues to be tolerated to this day. 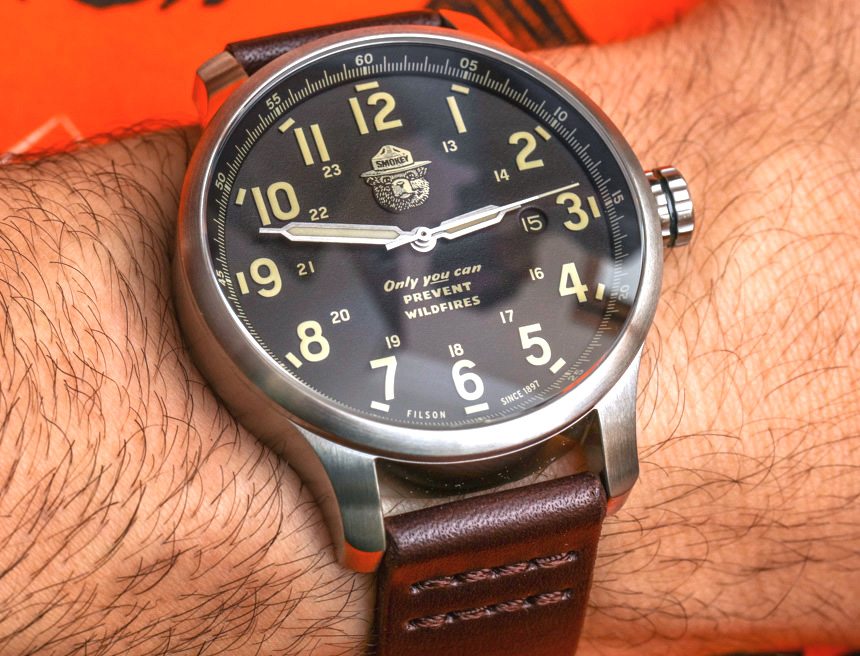 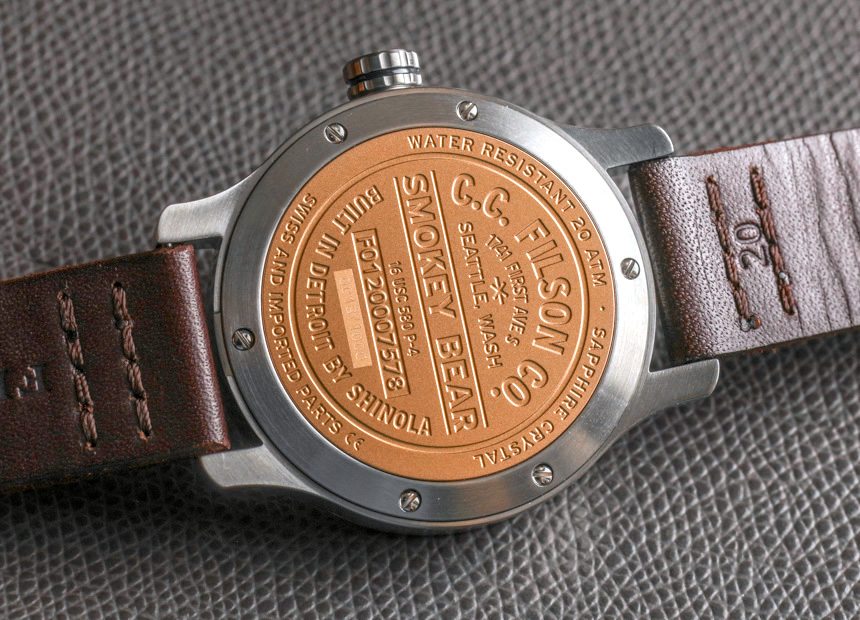 The Filson Smokey Bear watch is military/camping-themed in a larger 43mm-wide steel case with Smokey’s visage and eternal gaze serving as the main focal point of interest under the 12 o’clock hour indicator. Over 6 o’clock the wearer will be constantly reminded that they – to the exclusion of all other humans on the planet – are solely responsible for the prevention of forest fires. This responsibility is clearly impossible for any mere mortal to assume. With the exception of Santa Claus who – as it has been mathematically documented – must have the ability to be in many places at once, no entity exists that can ever possibly meet Smokey Bear’s exacting mandate. 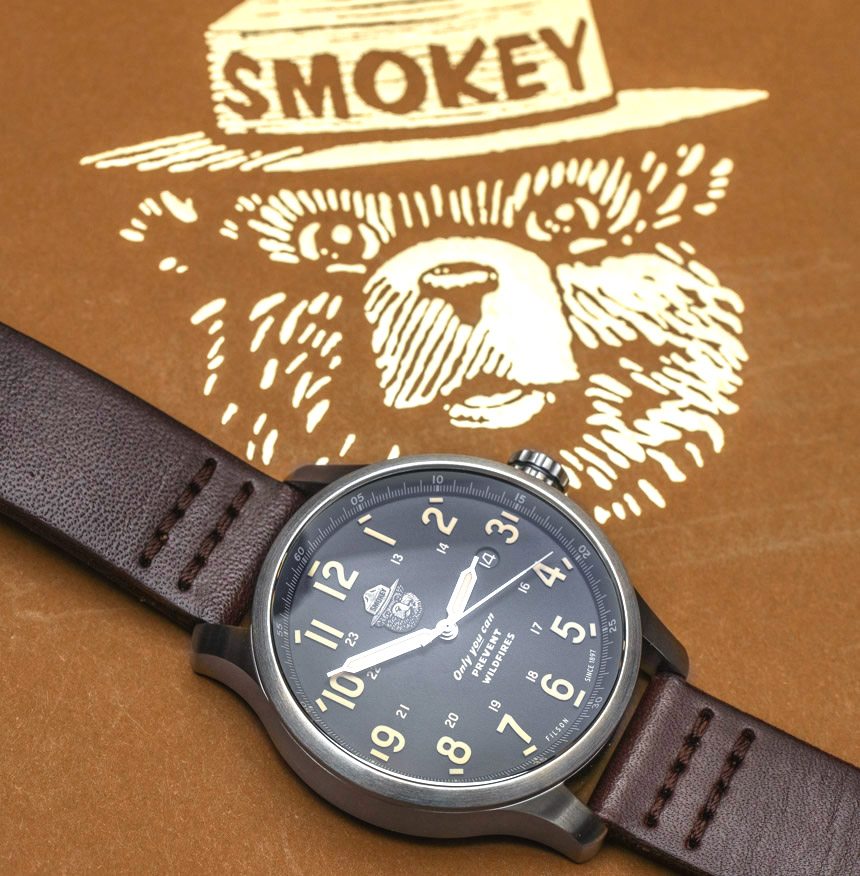 Perhaps even more distressing is the fact that Smokey places the responsibility to prevent and put out wildfires exclusively on you. Not even he will assist you, but rather serves the role of teaching you how to prevent forest fires, which means diligently taking all measures to ensure your campfire is put out by (ideally) mixing it with sand and also dousing it with water. An orange-colored bandana comes with the watch, and on it are printed in detail all the information you should need (save where to get the water or loose sand) in order to see to a quick and permanent end to your previous night’s bringer of light, warmth, and sausage-cooking power. 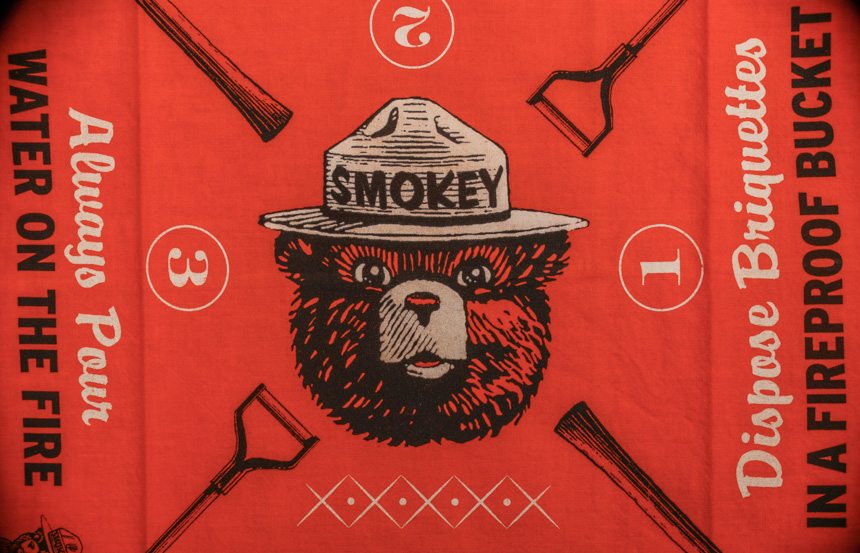 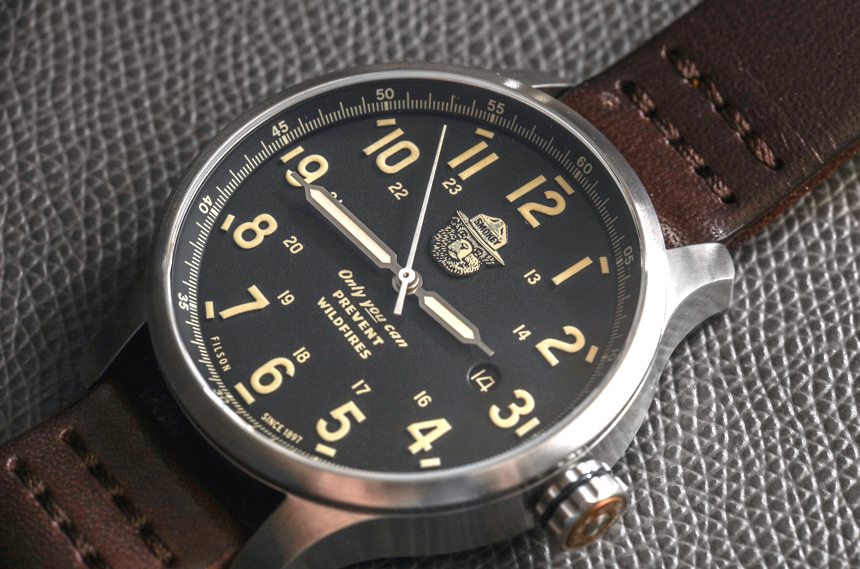 I really admire the wisdom behind putting life instructions on articles of clothing. Bandana’s make good makeshift mouth and nose masks in the event you are in a smokey situation, so having instructions on them makes sense. I would really like to see the greatest fashion minds at work today figure out ways to use all that available free space on my clothing to print instructions on a range of things I may need to know in an  emergency situation. I’m willing to wear pants which have step-by-step Heimlich maneuver lessons printed on them or a shirt that offers a guide on how much to bribe local authorities in a variety of quasi-developed third-world countries. In America, as the caretaker of the natural wildlife increasingly restricted to smaller and smaller habitable regions, we should certainly do everything possible to maintain that our flora and fauna companions aren’t burnt alive. It’s really the least the self-aware and socially responsible alpha predator of our land can do.