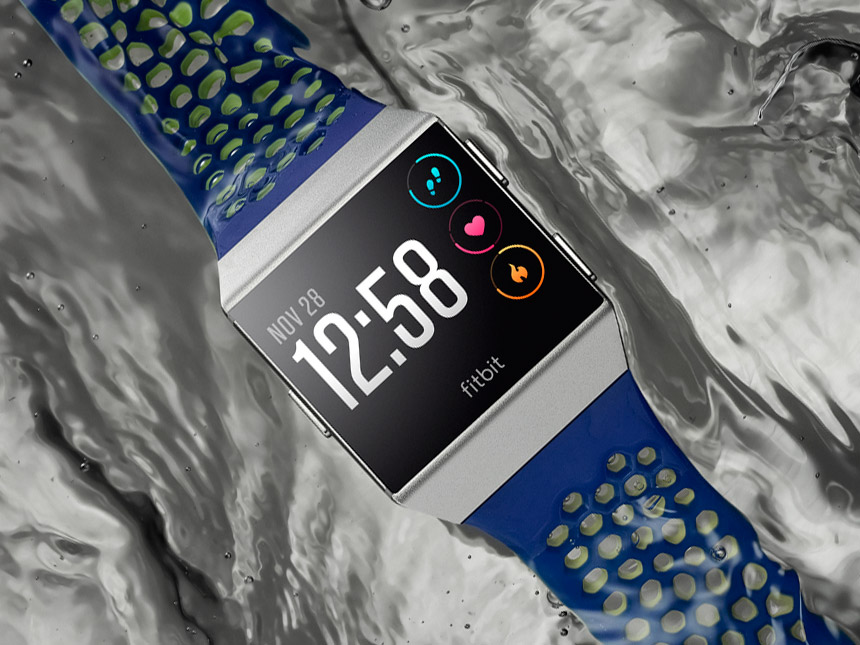 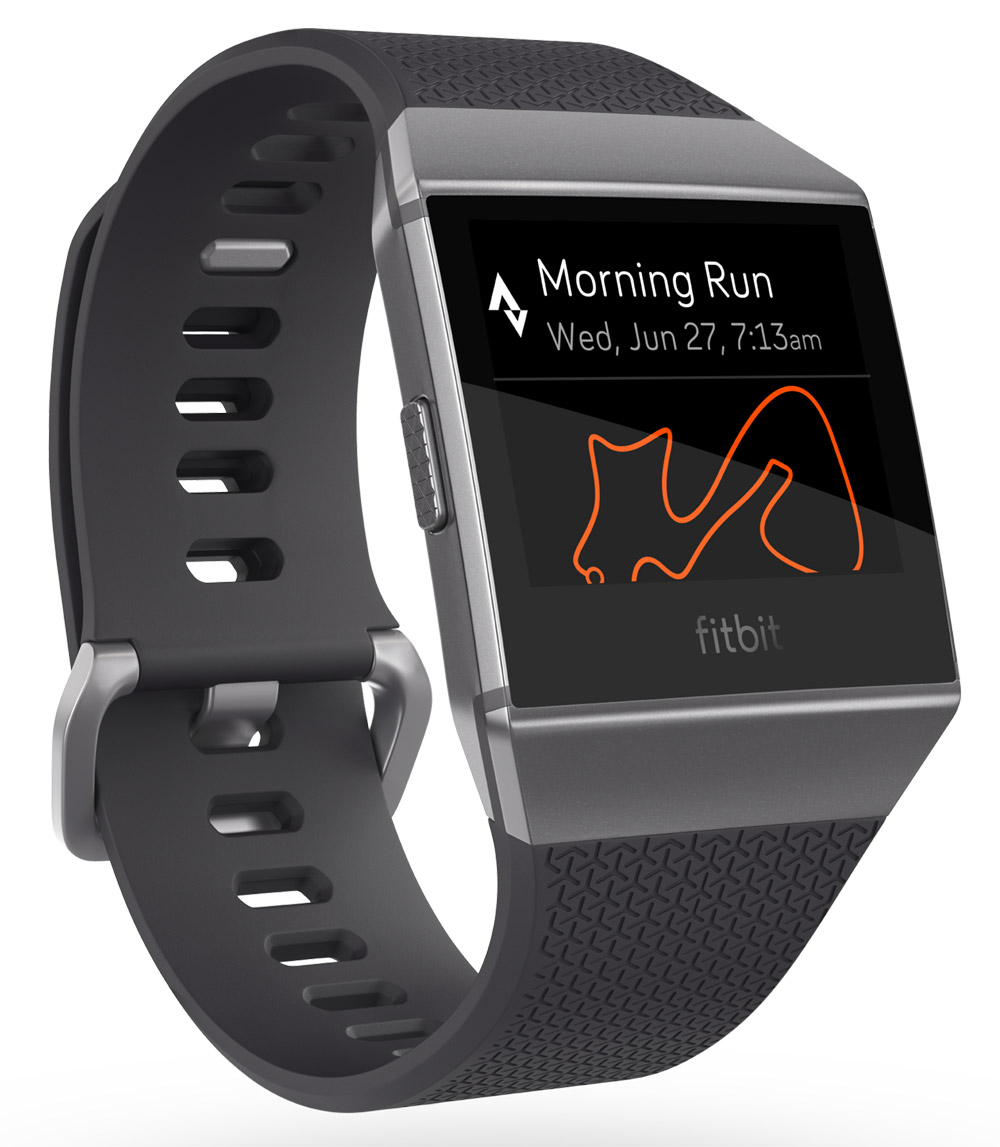 Smartwatch makers have all started to realize that fitness applications make the most sense to their potential customers, many of whom are still trying to wrap their minds around why they would want such a device. And while Fitbit was relatively late to the game in launching a full smartwatch, they are ahead of the curve as a maker of fitness-tracking gadgets. The Fitbit bracelets are, after all, worn on the wrist and many tell the time, if you didn’t notice. So smartwatches were a natural evolution, and now Fitbit has announced their second smartwatch, called the Fitbit Ionic, and it follows Fitbit’s acquisition of smartwatch maker Pebble. 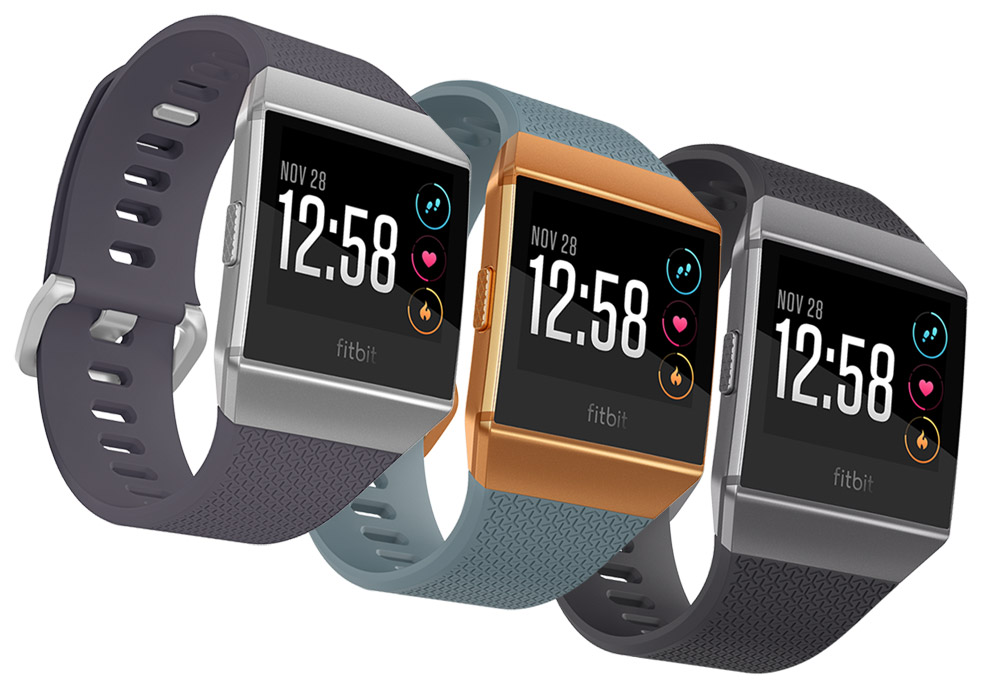 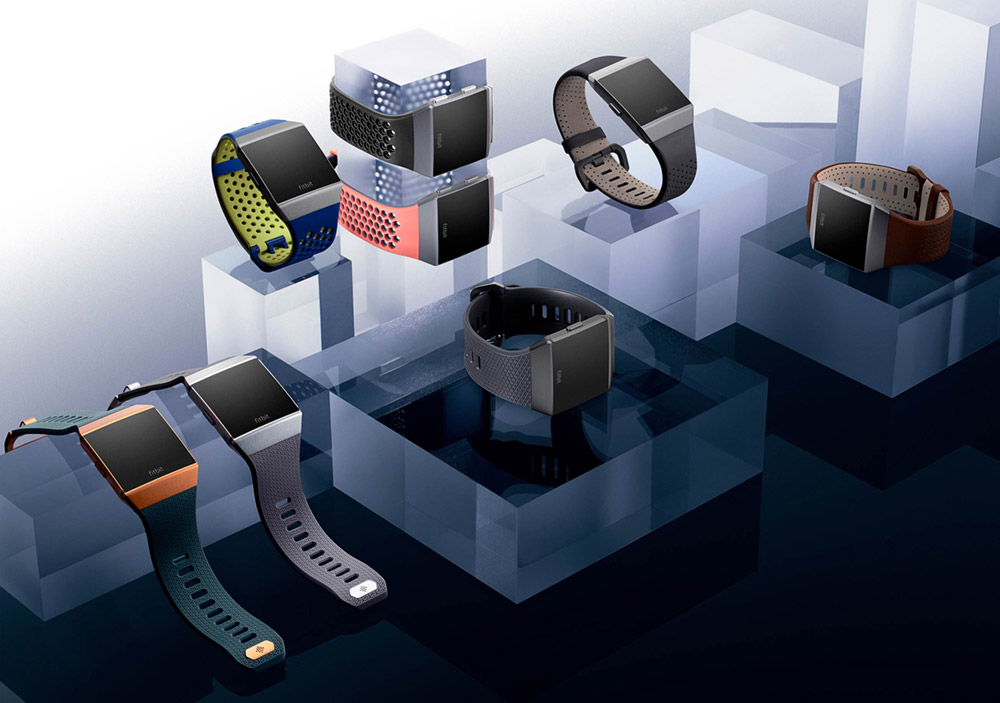 The first Fitbit smartwatch was called the Fitbit Blaze (they didn’t call it a smartwatch, actually, but it seems to be a loose term anyway), and the newly announced Fitbit Ionic appears to be restyled and updated in various ways. With all the functionality, software, and hardware considerations, evaluating smartwatches and tech in general can be overwhelming. But once you’re familiar with the current technology, it is usually a matter of how many features they have been able to cram into this tiny device, how it is presented, and how well it all actually works. For some of that, we will have to wait until trying it out, but for now we can look at Fitbit’s promises and the tech they are using. While the Fitbit Ionic doesn’t offer a lot in the way of technological breakthroughs, it does seem to promise a pretty full-featured fitness tracking package. 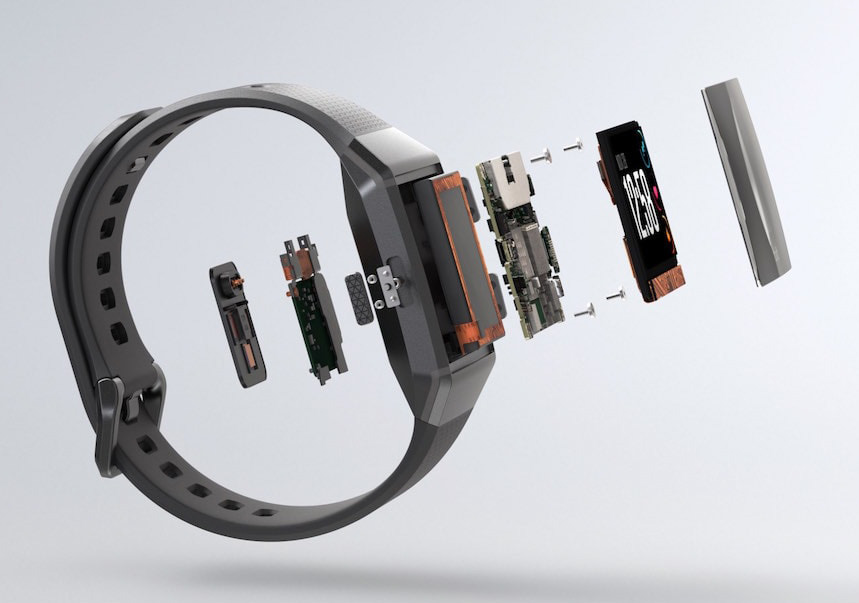 The Fitbit Ionic pairs to one’s phone or computer with Bluetooth 4.0, and is compatible with Android, iPhone, and Windows mobile devices. The color LCD touchscreen uses Gorilla Glass 3, which is pretty scratch-resistant, and it measures about 36mm corner to corner with a resolution of 348×250. With the lightweight aluminum case’s width of only 29mm, it seems that practical wearability was a major concern for the designers – as many smartwatches can tend to be chunky wrist-gadgets, like Casio’s gigantic Pro Trek Smart WSD-F20 GPS watch, for example. 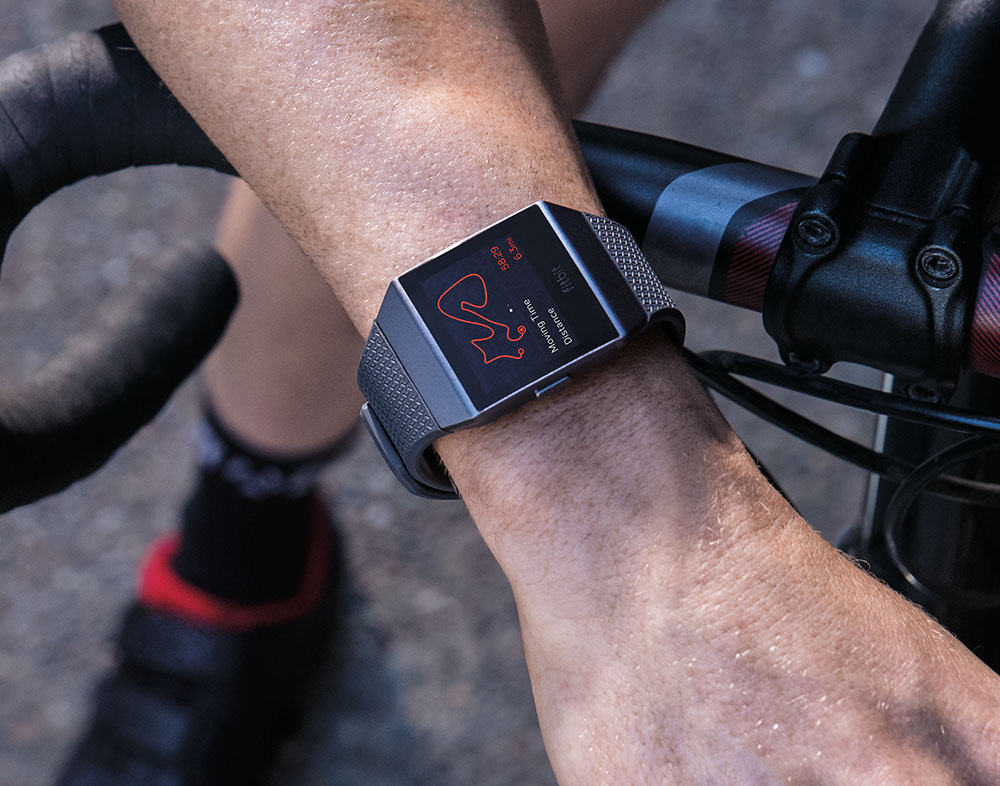 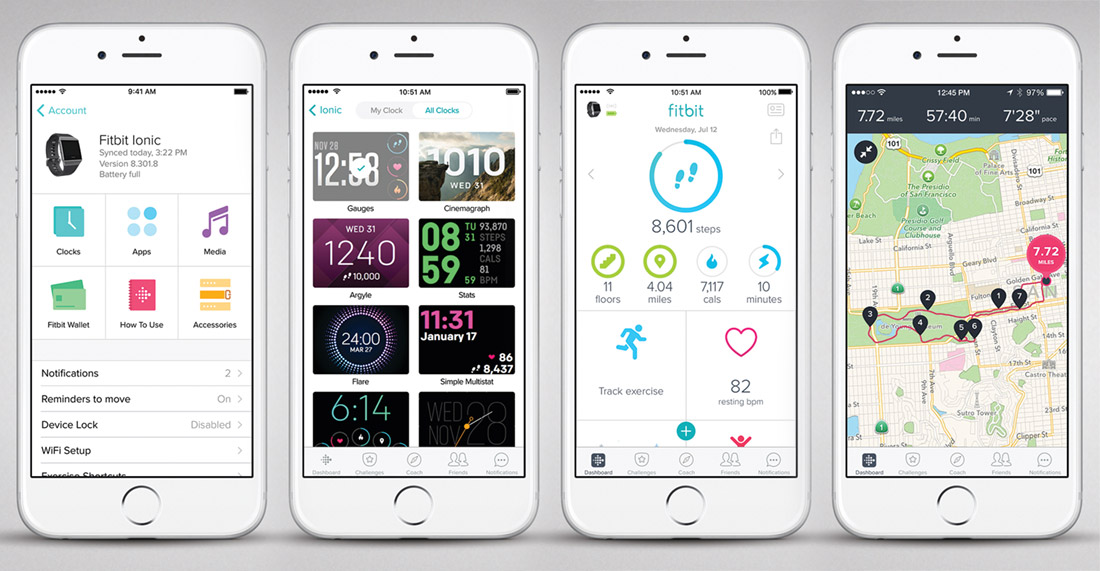 The watch’s integration with the popular Fitbit smartphone application will appeal to a lot of people. While it is also compatible with many third-party apps as we have come to expect from smartwatches, it seems that many of the watch’s functions are meant to be used with Fitbit’s own native systems. With a heart rate sensor, GPS, altimeter, gyroscope, accelerometer, altimeter, ambient light sensor, and more (eight sensors total), we will find many of the same applications as other smartwatches with those features. Yes, it will also count your steps, track your sleep, and provide you with various suggestions for keeping healthy, if you want. It’s got a vibration motor and will also do the phone notification thing – though notifications are something, personally, I want less of in my life rather than more. 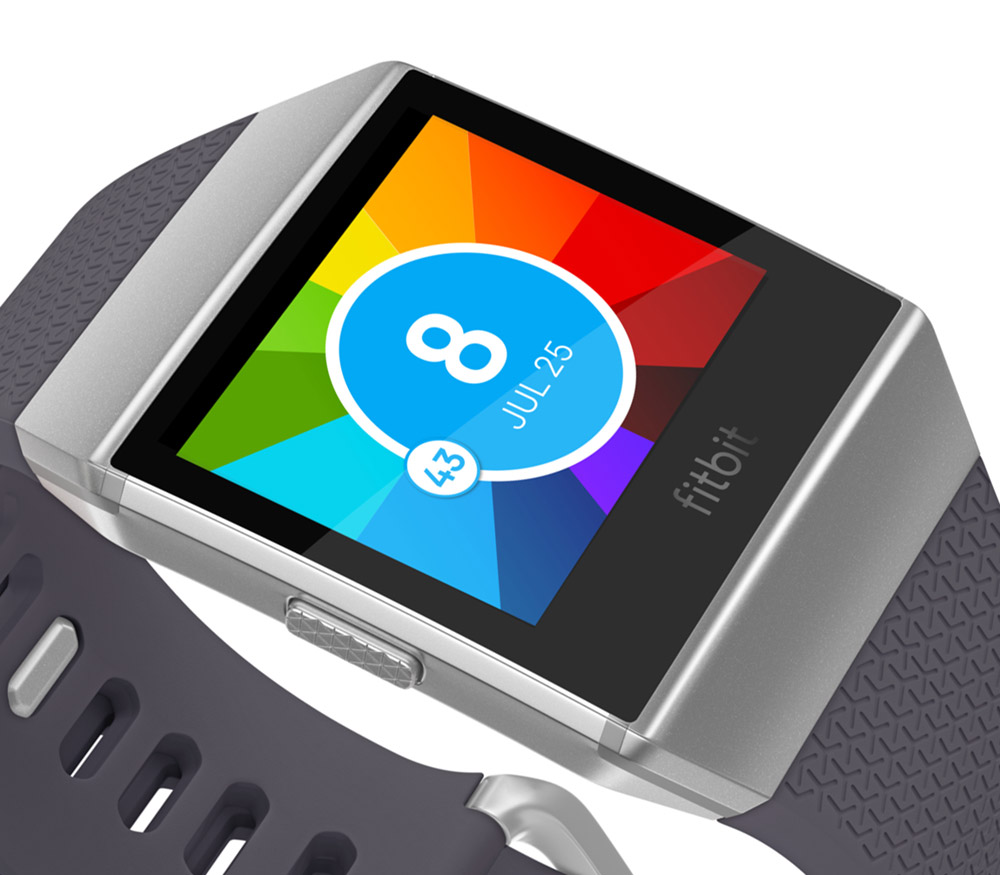 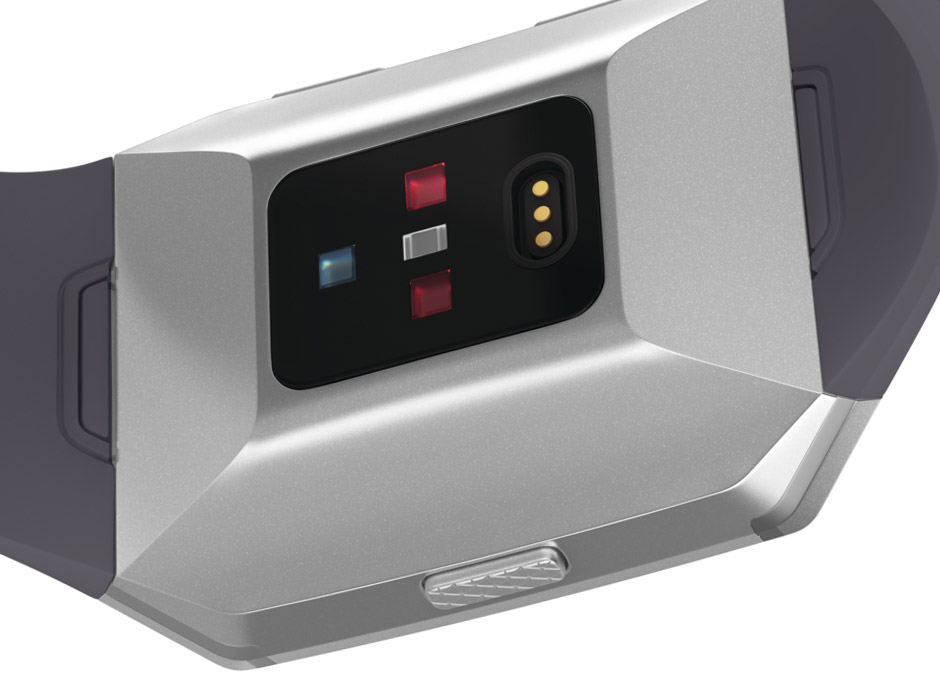 Battery life has been one of the major stumbling blocks for smartwatches. The Fitbit Ionic promises more than four days – and 10 hours with GPS turned on. It goes without saying that actual battery life performance will “vary with use.” With a lithium-polymer battery, charging takes one to two hours and involves hooking it up to a charging cable. It appears that a sleeping state for the screen, like with the Apple Watch, is one of the trade-offs for the longer battery life – that means a black, blank screen when not actively using the watch’s features. When the screen is on, it offers brightness of up to 1000 nits for viewing in bright sunlight and a range of watch faces to choose from. 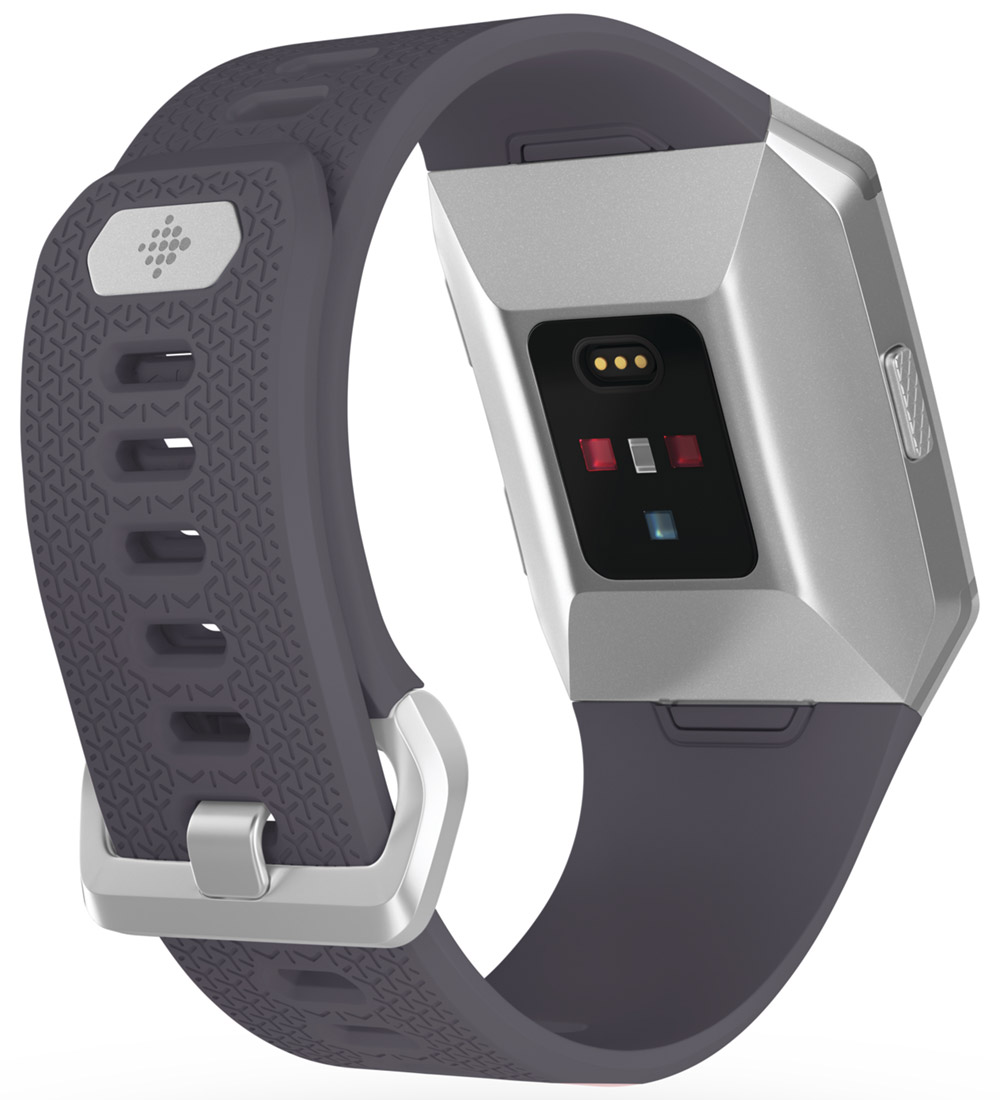 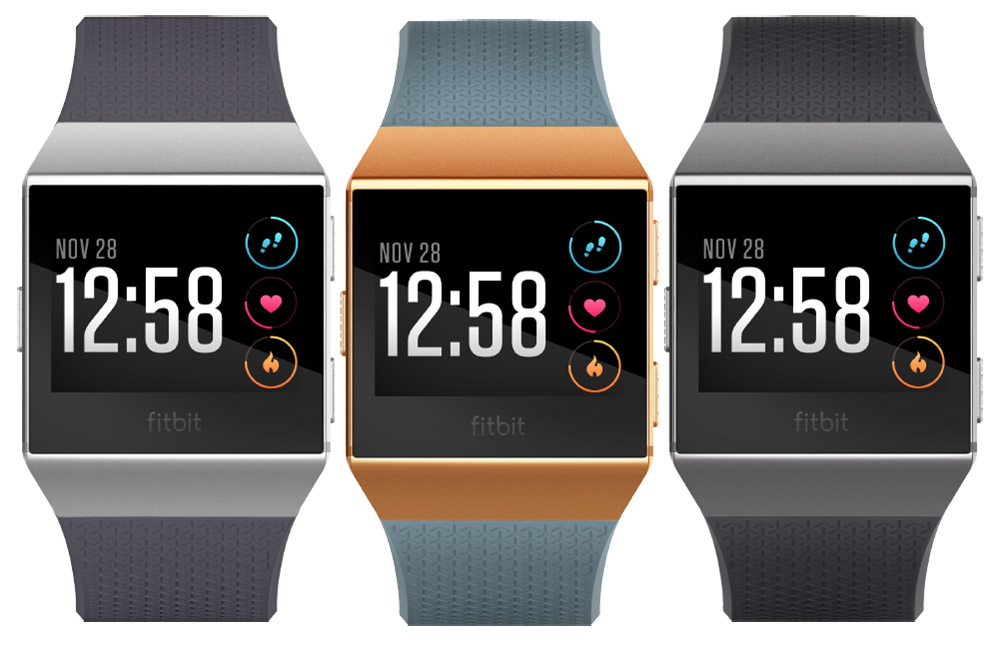 For storage, we are told that it saves seven days of detailed, minute-by-minute motion data as well as 30 days of daily totals and other data. You can play music while working out (supports Bluetooth headphones), if that’s your thing, using apps like Pandora or you can store over 300 songs on the Ionic itself. Along with all the fitness information displayed in real time, such as current heart rate, distance traveled, speed, pace, elevation, etc. (some requiring GPS), the Fitbit app allows detailed display of data and control of functions. That means that the Fitbit Ionic is capable of both tracking and displaying a lot of data while not paired to the phone or computer and can sync up with other devices later. 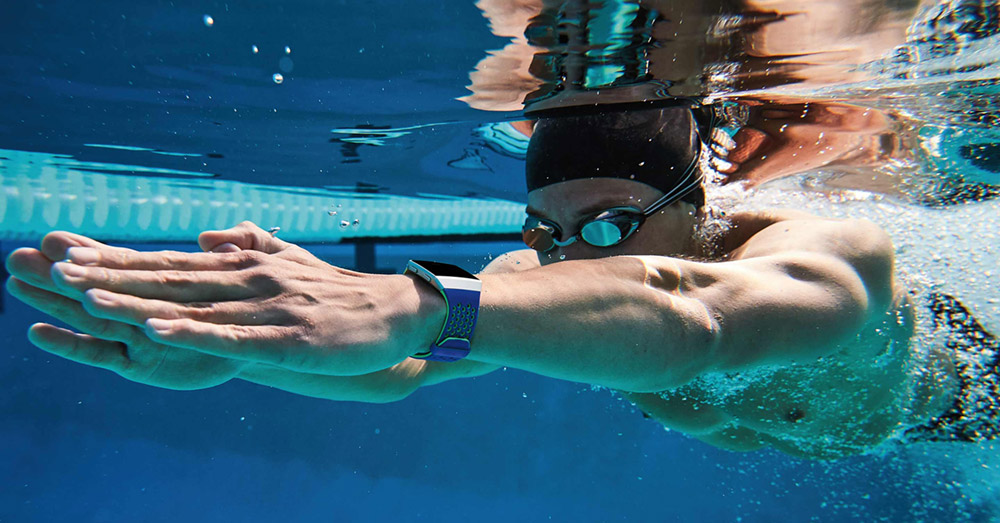 Like, say, the Apple Watch, the Fitbit Ionic offers contactless payments through an NFC chip (“Fitbit Pay,” kind of like Apple Pay). Also, just as Apple has the Nike+ versions of the Apple Watch, Fitbit has partnered with Adidas and offers some special editions and special features for it. With 50m of water resistance, specific swim-tracking functions are particularly cool to me (maybe because I’m into swimming lately, usually wearing a G-Shock or Pro Trek just for timing) and something that is only relatively recently available in smartwatches. 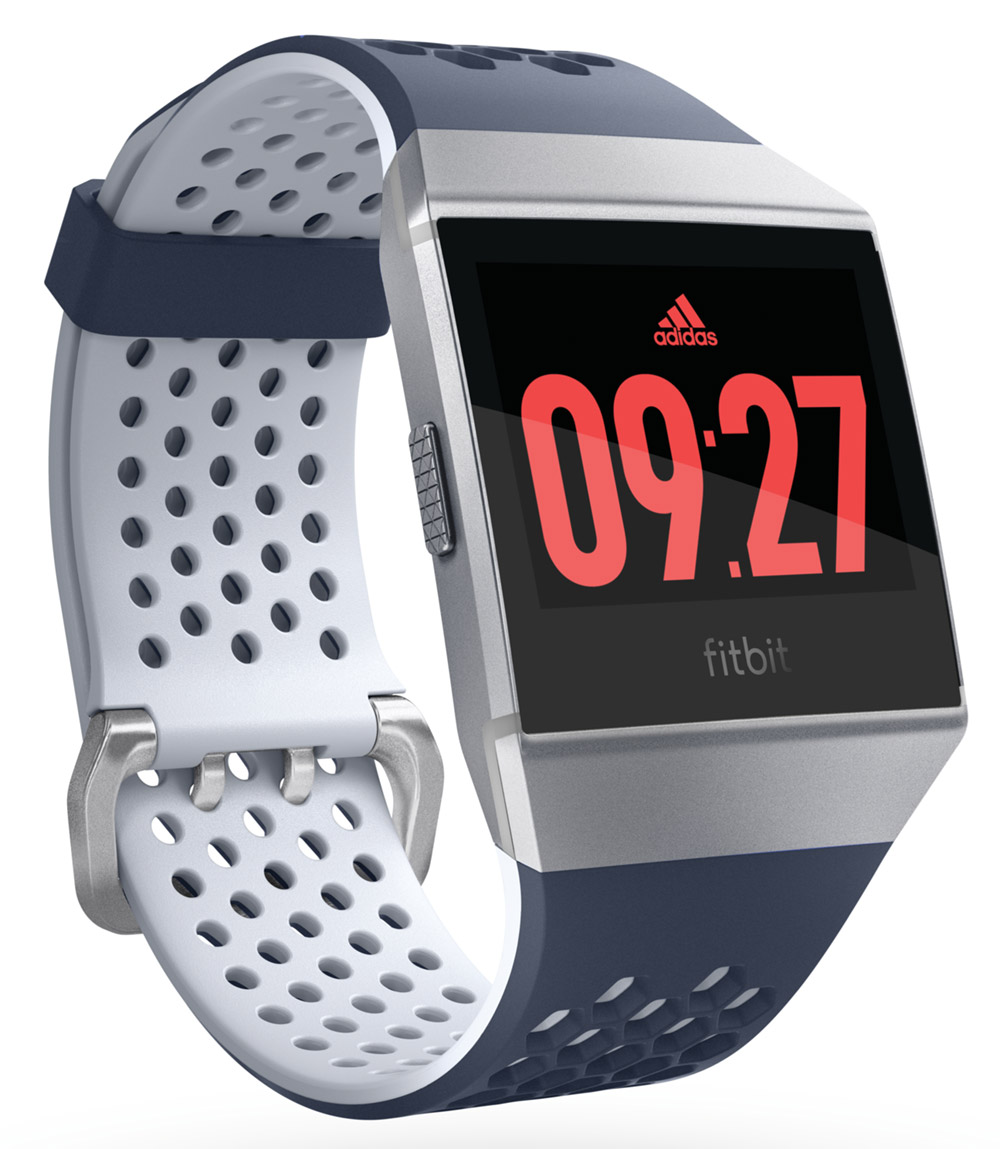 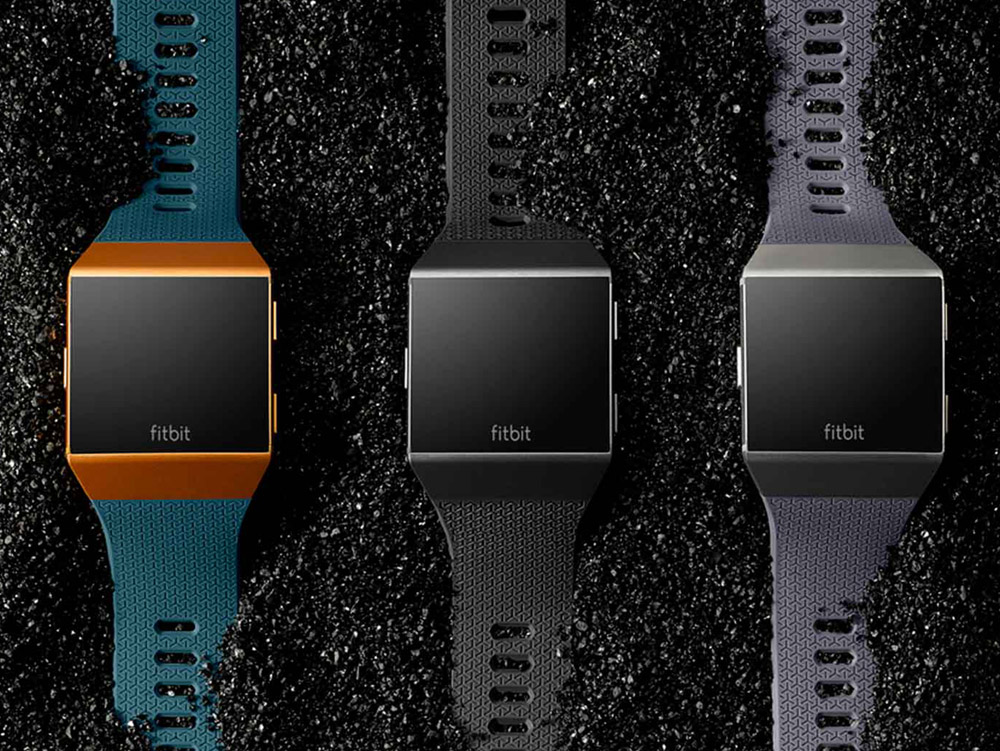 All in all, it’s a lot packed into a small package. A smartwatch allows Fitbit to build on their strength as a maker of fitness tracking devices while making use of the developments and growing popularity of these devices. At launch, the Fitbit Ionic is offered in three style options. The aluminum case has silver, darkened “Charcoal” or metallic “Burnt Orange” color options, each with matching aluminum buckles and two strap sizes included. The straps are made of a flexible elastomer material similar to that used in many such watches, but Fitbit has included a quick-release button and offers more strap options that they call Sport, Leather, and Classic. With a price of $300, the Fitbit Ionic is available for preorder now. fitbit.com