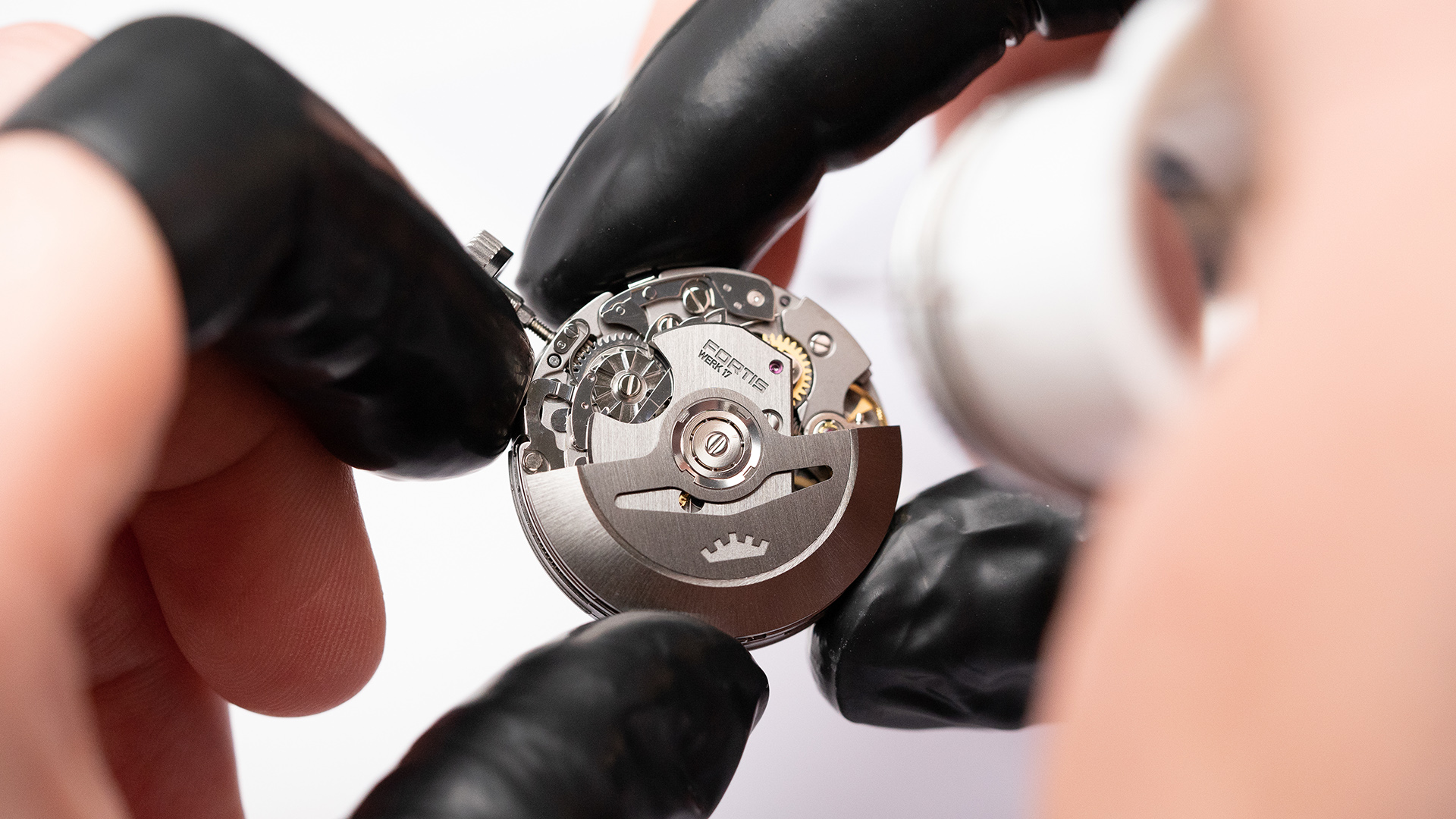 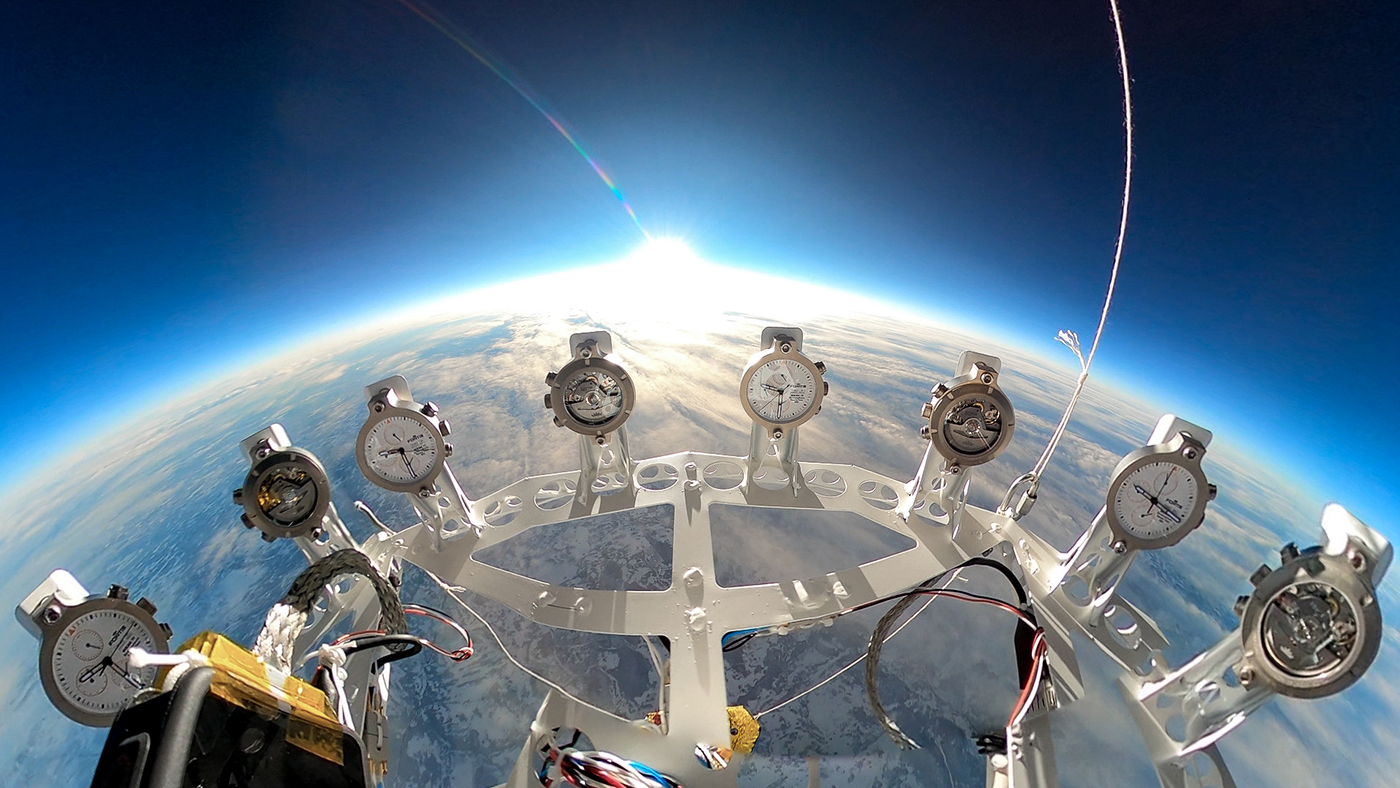 The history of watches and space travel is long and varied, dating back to the very first manned spaceflight. Many brands have been represented in the annals of space travel, and one notable example holds the distinction of being specifically approved for space missions by NASA, but no watchmaker has ever expressly tested a new movement in outer space. Fortis changes this with its latest movement, the in-house WERK 17, which has recently undergone accuracy testing at the edge of outer space. While the brand has not yet fitted the movement to a production-model watch, the new Fortis WERK 17 helps to solidify the independent Swiss tool watch specialist’s spacefaring credentials with robust specifications and a unique approach to development. 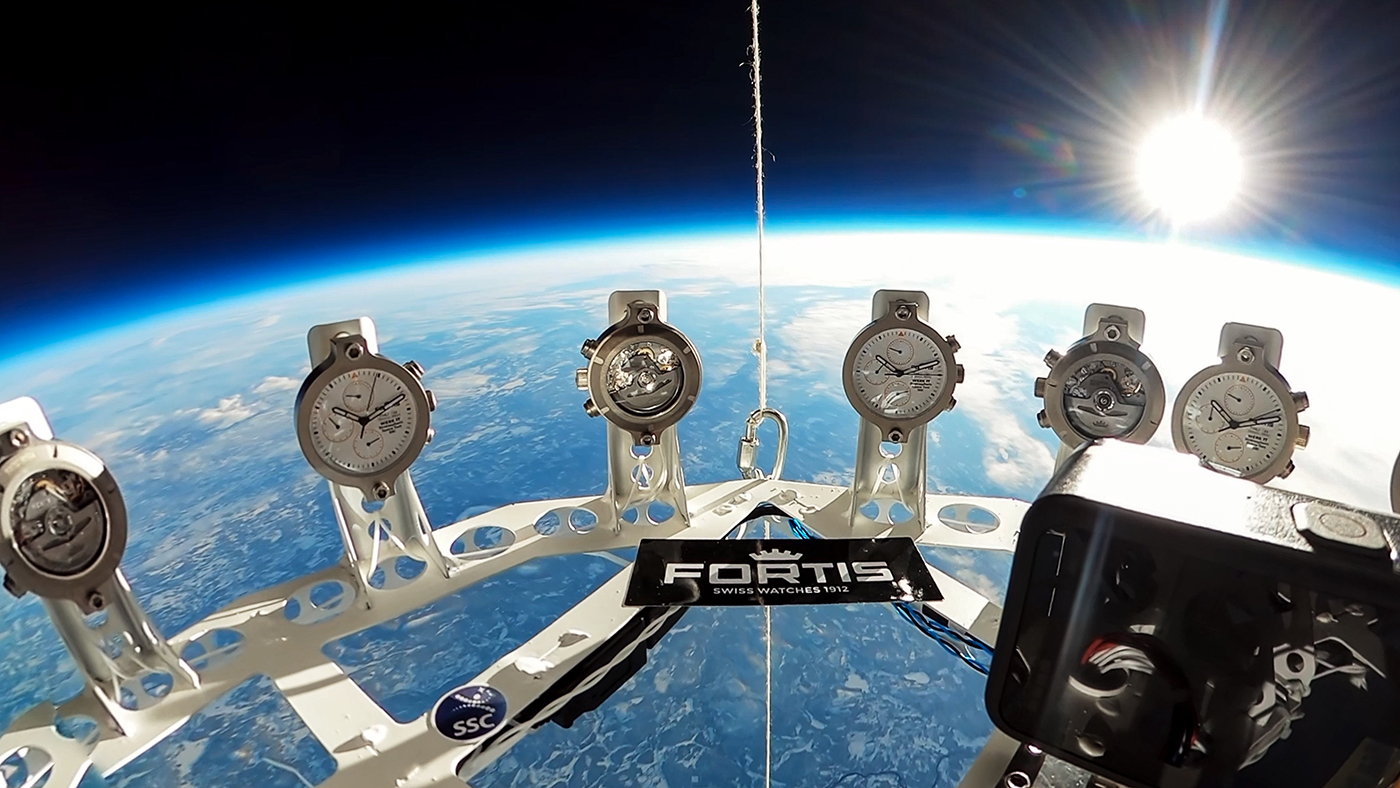 The Fortis WERK 17’s outer space testing occurred in partnership with the Swedish Space Corporation. In order to test the new movement in the harsh conditions of space, Fortis fitted several examples of the WERK 17 to a lightweight gondola attached to an ultra-high-altitude weather balloon and launched the platform from the Esrange Space Center, east of Kiruna in northern Sweden. After 90 minutes of exposure to the upper stratosphere at the edge of outer space, the movements survived a full descent and landing in a Finnish forest. 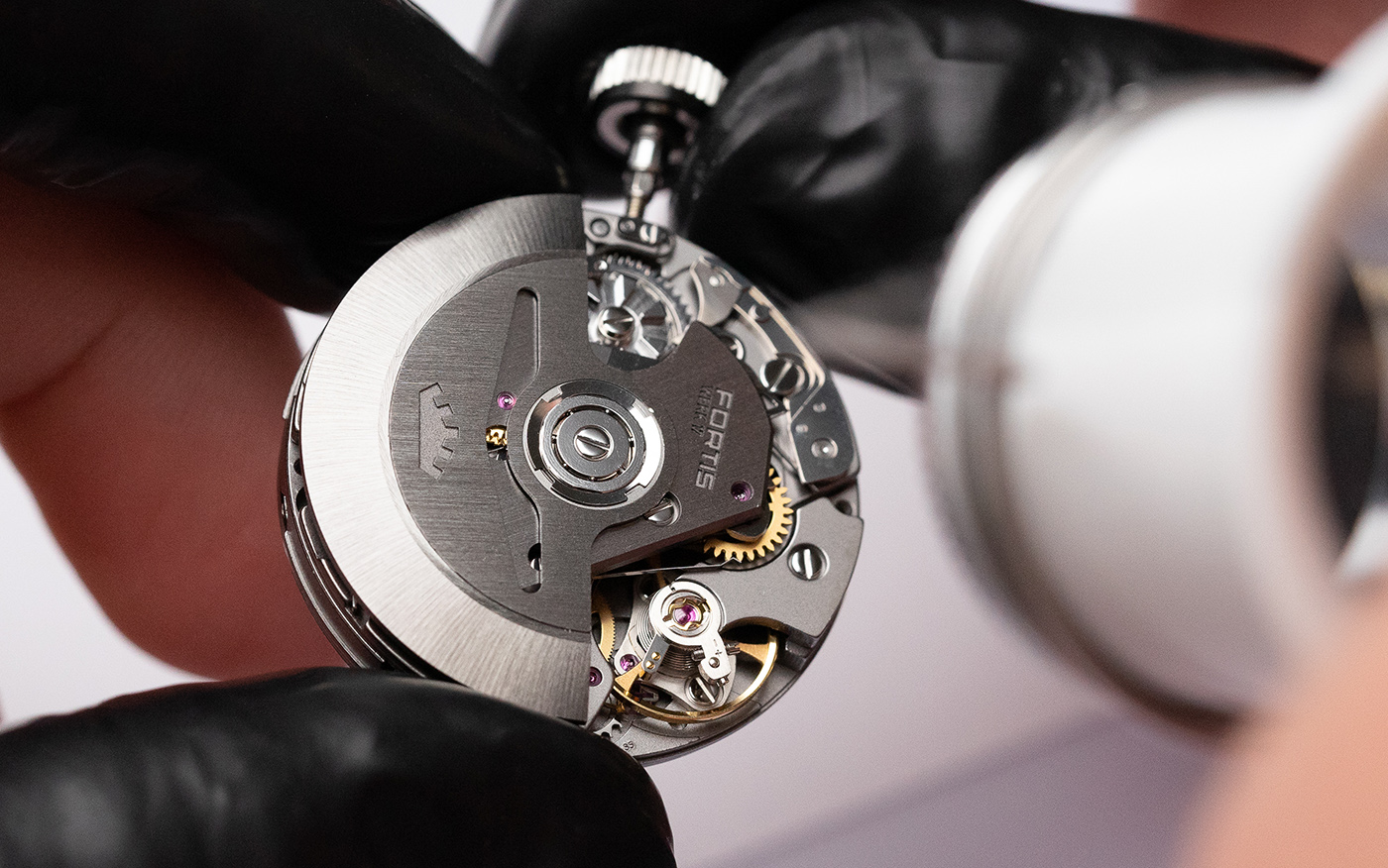 The Fortis WERK 17’s finishing appears clean and handsomely utilitarian in preliminary images, featuring a simple mix of brushed and matte blasted elements topped by a graphite gray-treated winding rotor and traversing bridge. Fortis claims the movement is built with durability in mind and offers a precise column-wheel chronograph actuation system along with a robust 60-hour power reserve. (Fortis has not yet confirmed the WERK 17’s beat rate as of press time.) 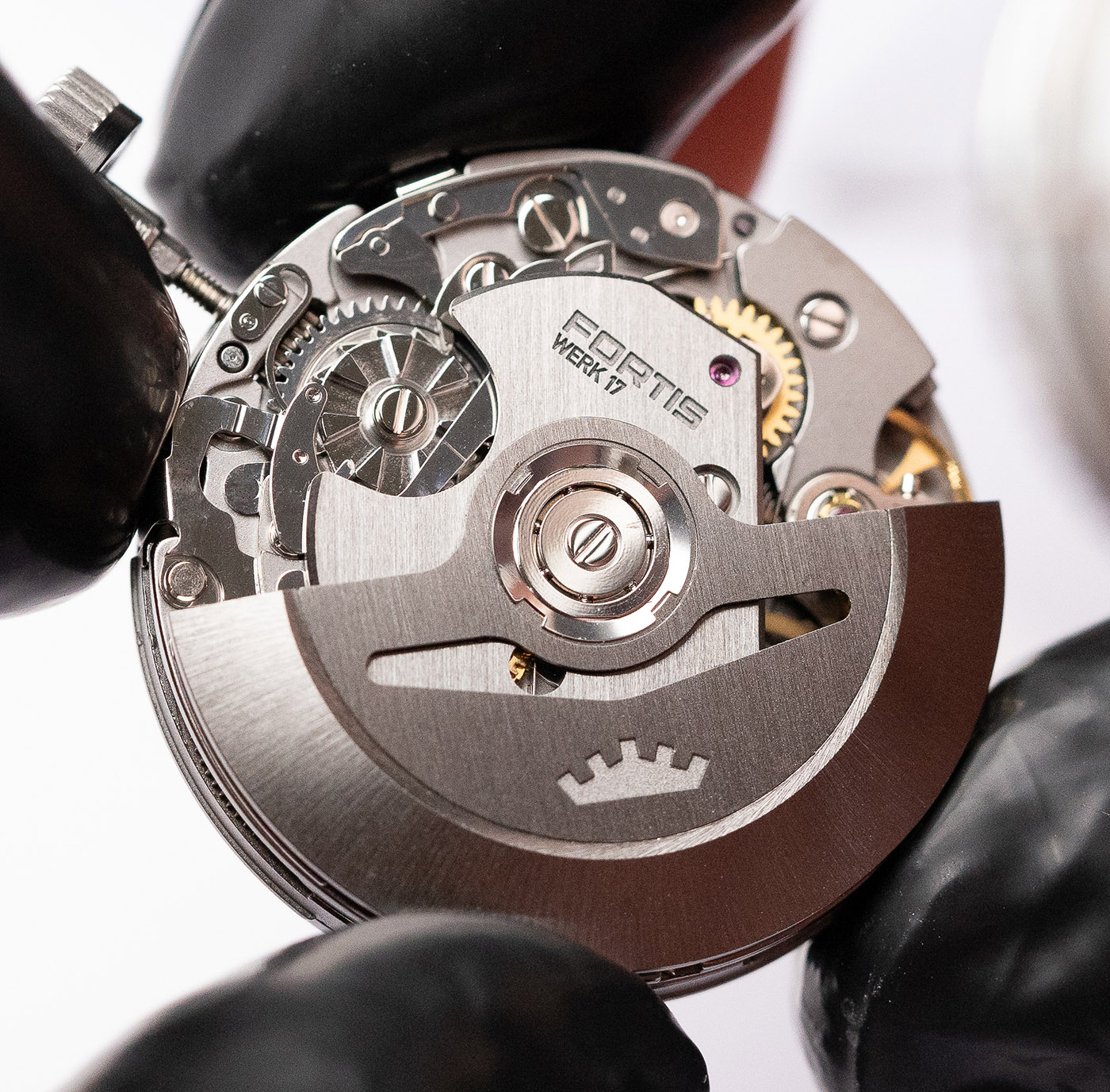 While the movement is still in development and has not yet reached Fortis’ product line, the new in-house Fortis WERK 17 automatic chronograph movement holds a special badge of distinction as the world’s first movement tested at the edge of space and should help to advance the brand’s future chronograph offerings. The first watches equipped with the Fortis WERK 17 movement are currently slated to be announced in May 2022. For more information, please visit the brand’s website.