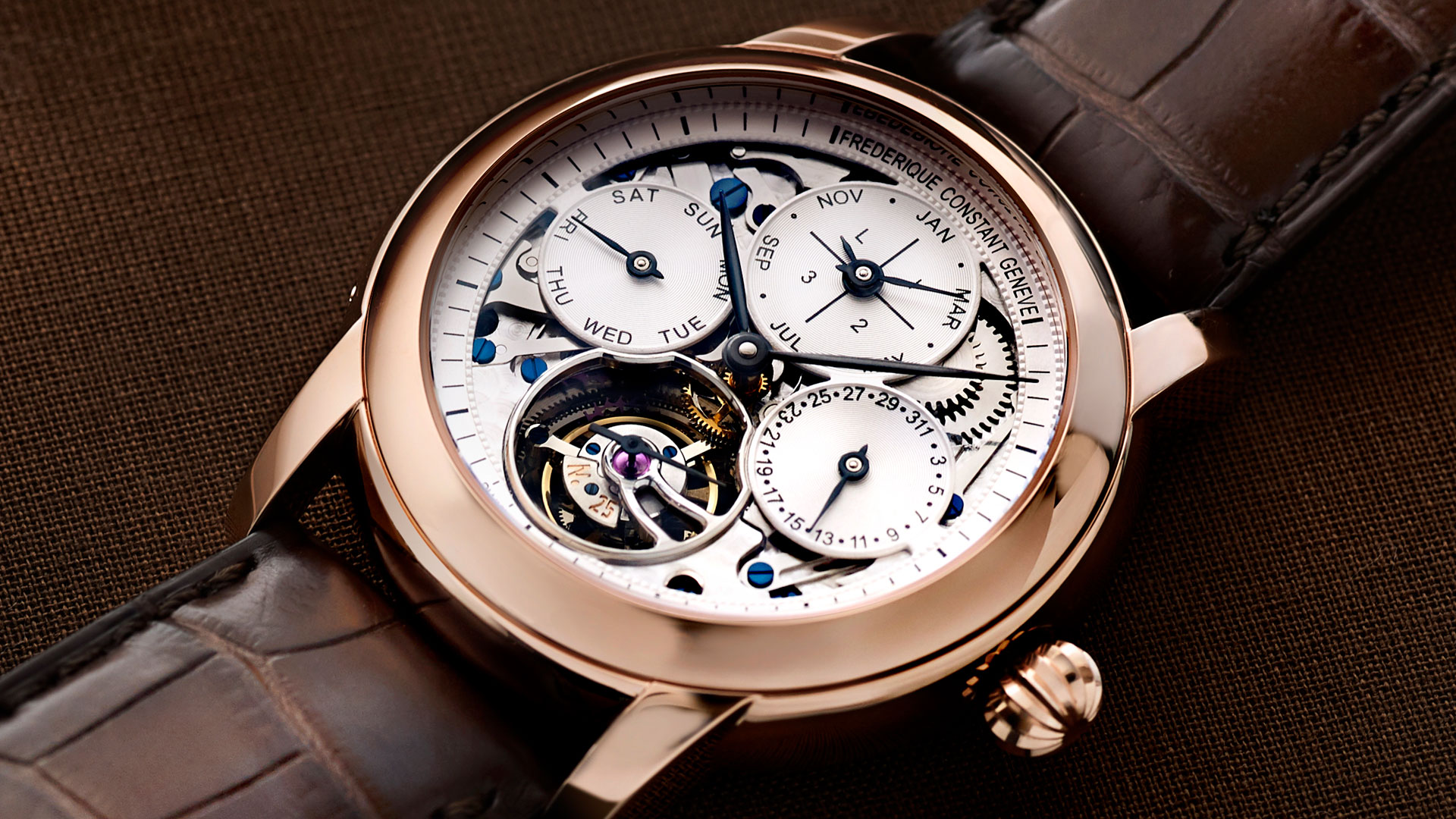 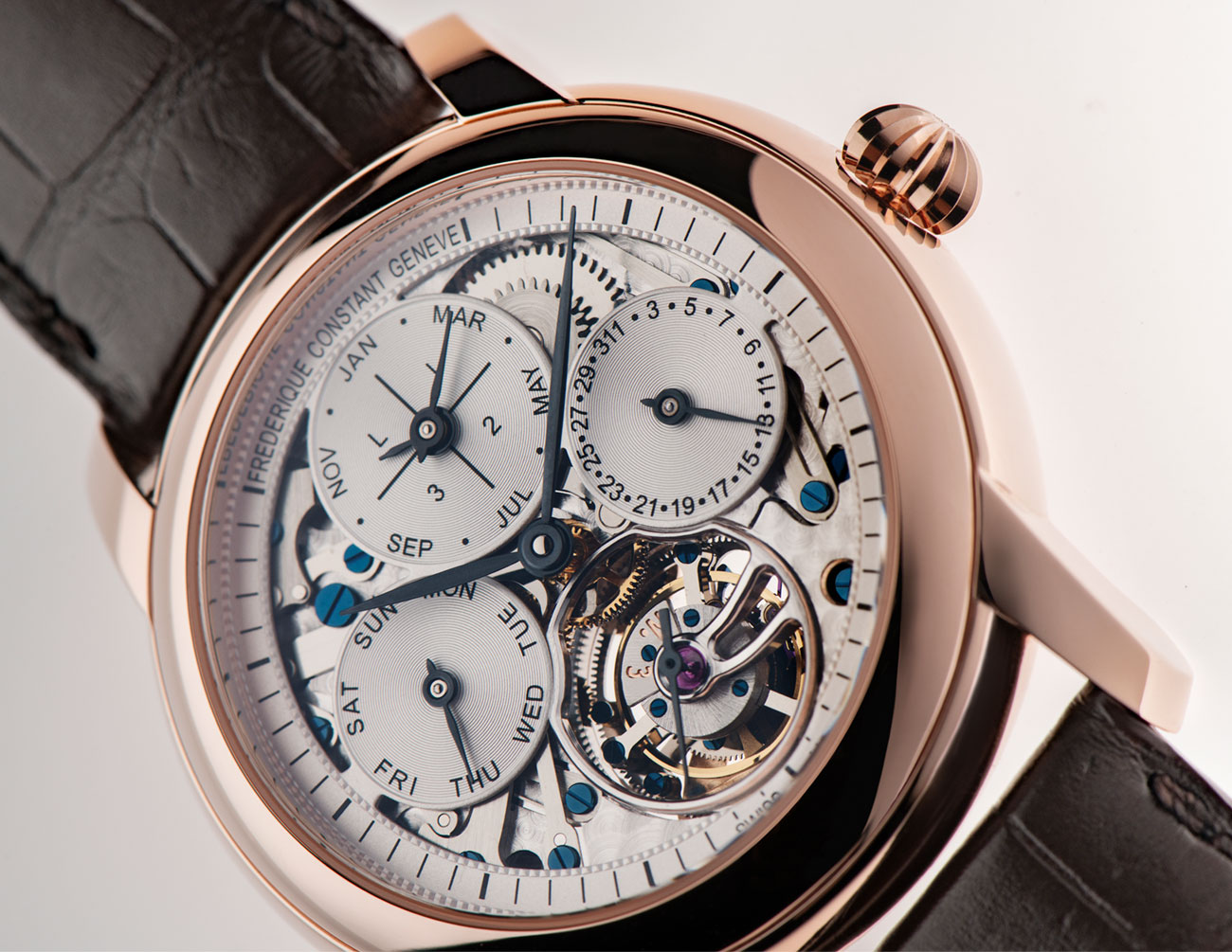 For the brand’s 30th anniversary, Frederique Constant today announces their most complicated watch yet. It is in some ways like a combination of their previous two most complicated watches, the Perpetual Calendar and the Manufacture Tourbillon, naturally resulting in the new Frederique Constant Perpetual Calendar Tourbillon Manufacture. Perhaps equally as complex an undertaking was combining these haute watchmaking complications with the brand’s mission of “affordable luxury” for a perpetual calendar tourbillon watch starting at around $20,000 in steel. 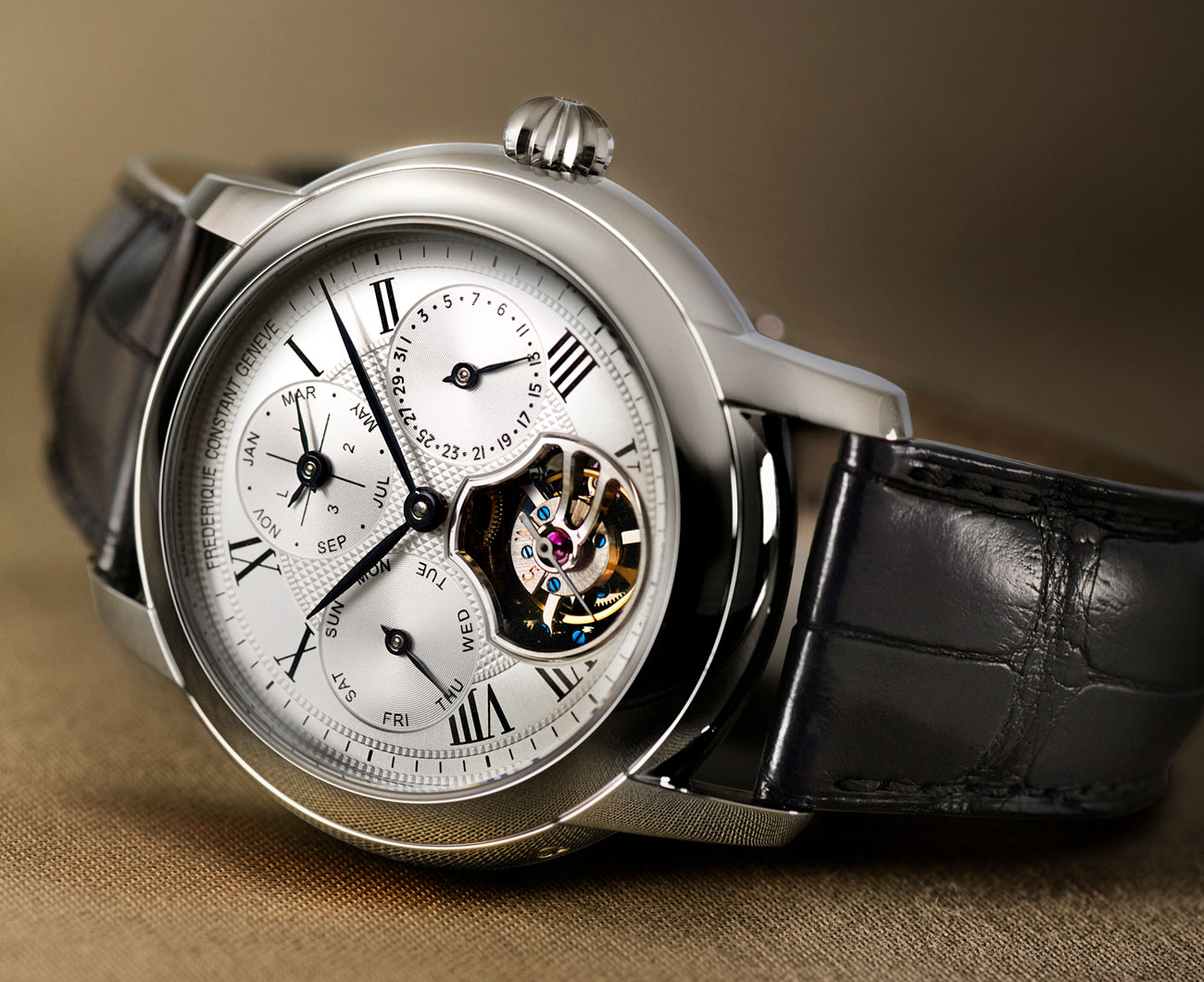 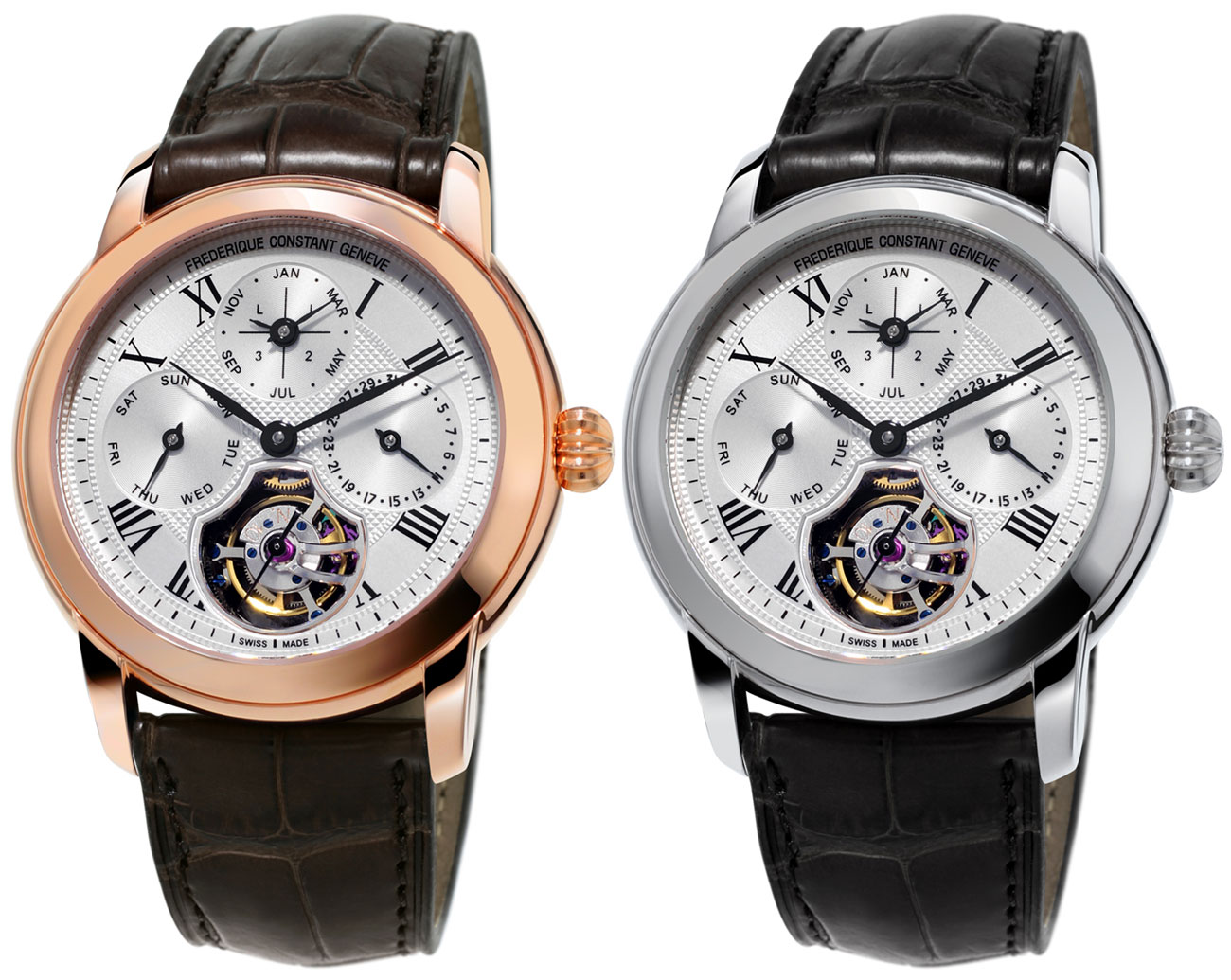 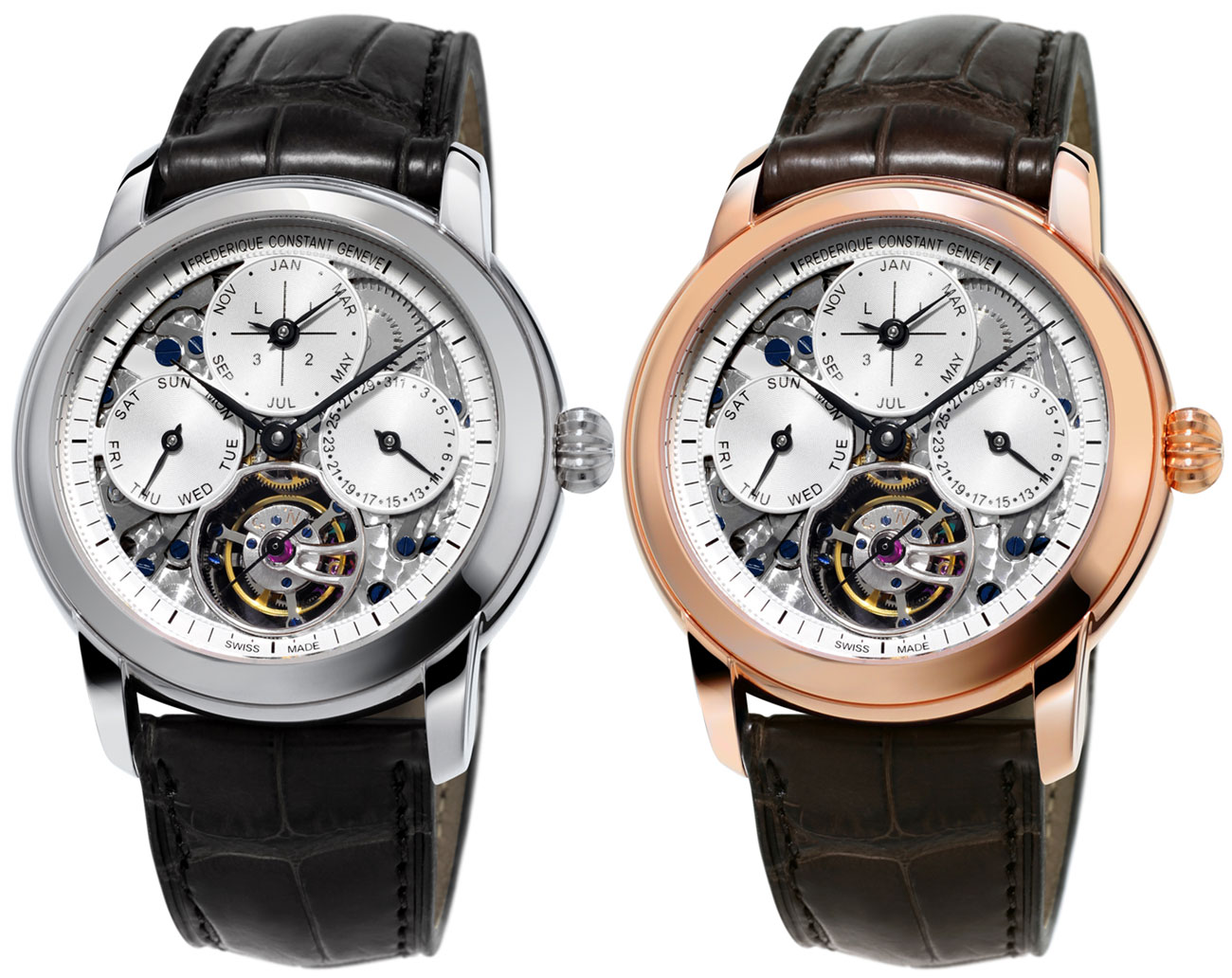 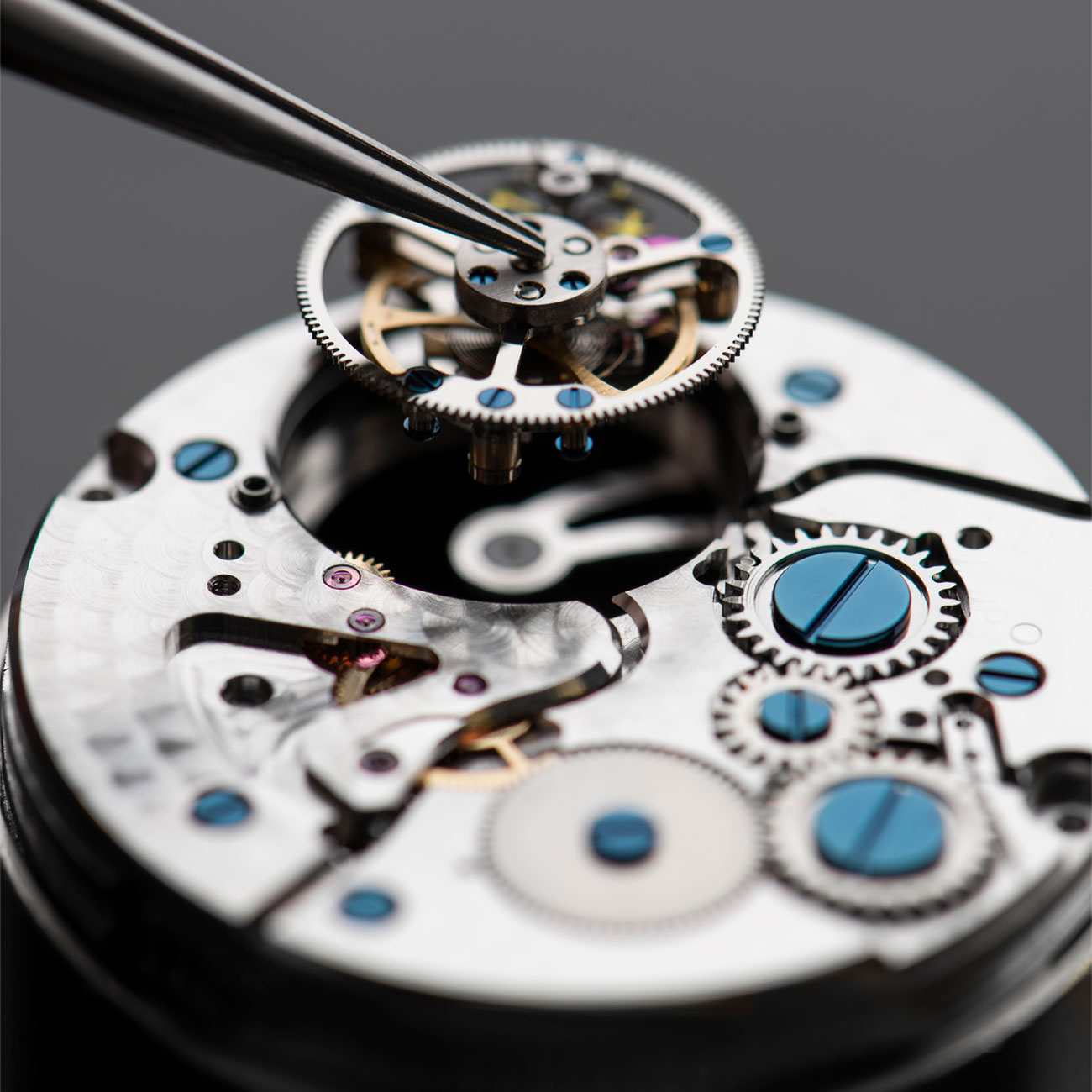 Since 2008, when the first Frederique Constant tourbillon watch came out for around $40,000 in steel, technology and production efficiency have had a chance to continue improving and the brand may have also benefited from the resources of corporate owner Japanese Citizen watches. Now, the new Frederique Constant Perpetual Calendar Tourbillon Manufacture in steel offers a tourbillon plus perpetual calendar for half the cost of the tourbillon-only model. 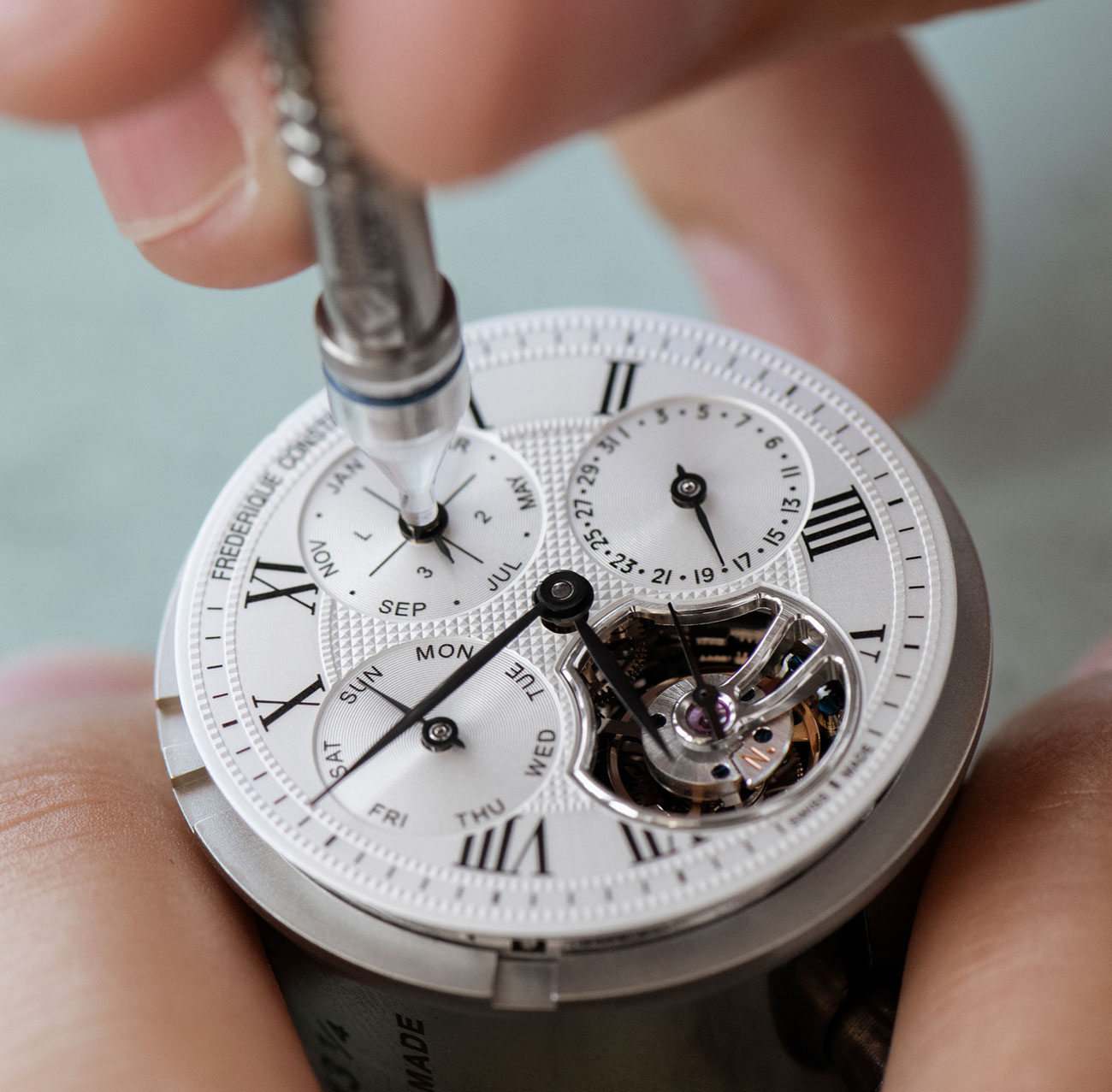 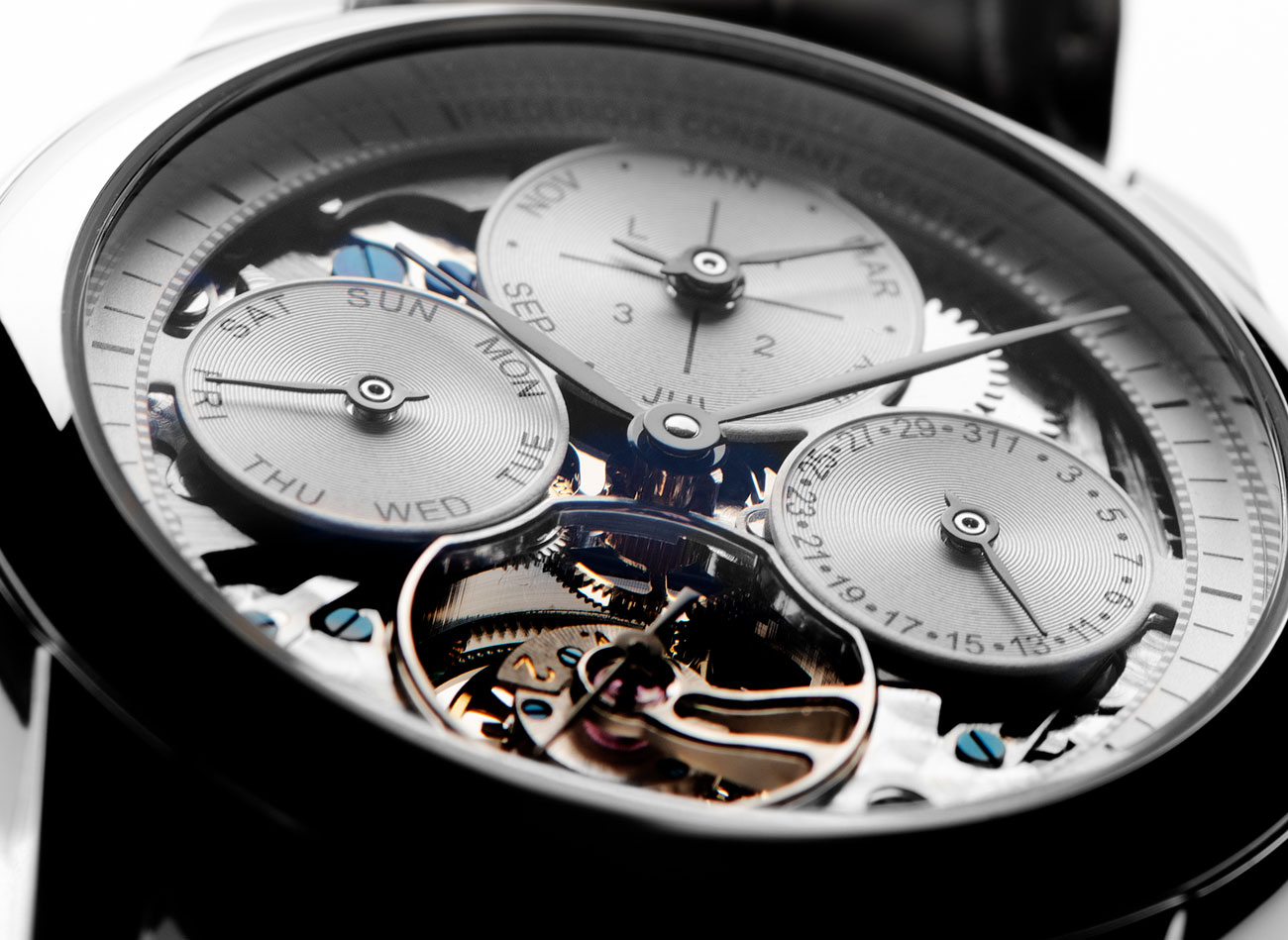 The in-house FC-975 automatic movement operates at 4Hz with a power reserve of 38 hours and is composed of 188 components, 80 of which make up the tourbillon cage alone. Besides the fancy complications, the FC-975 has an escapement wheel and anchor made of silicon, which provides a range of benefits such as resistance to magnetism, wear, and temperature changes, as well as lightness, all contributing to overall greater efficiency, reliability, and accuracy. Such silicon parts are becoming more common, but they do add a sense of emphasis on performance beyond just the dazzle of high complications. 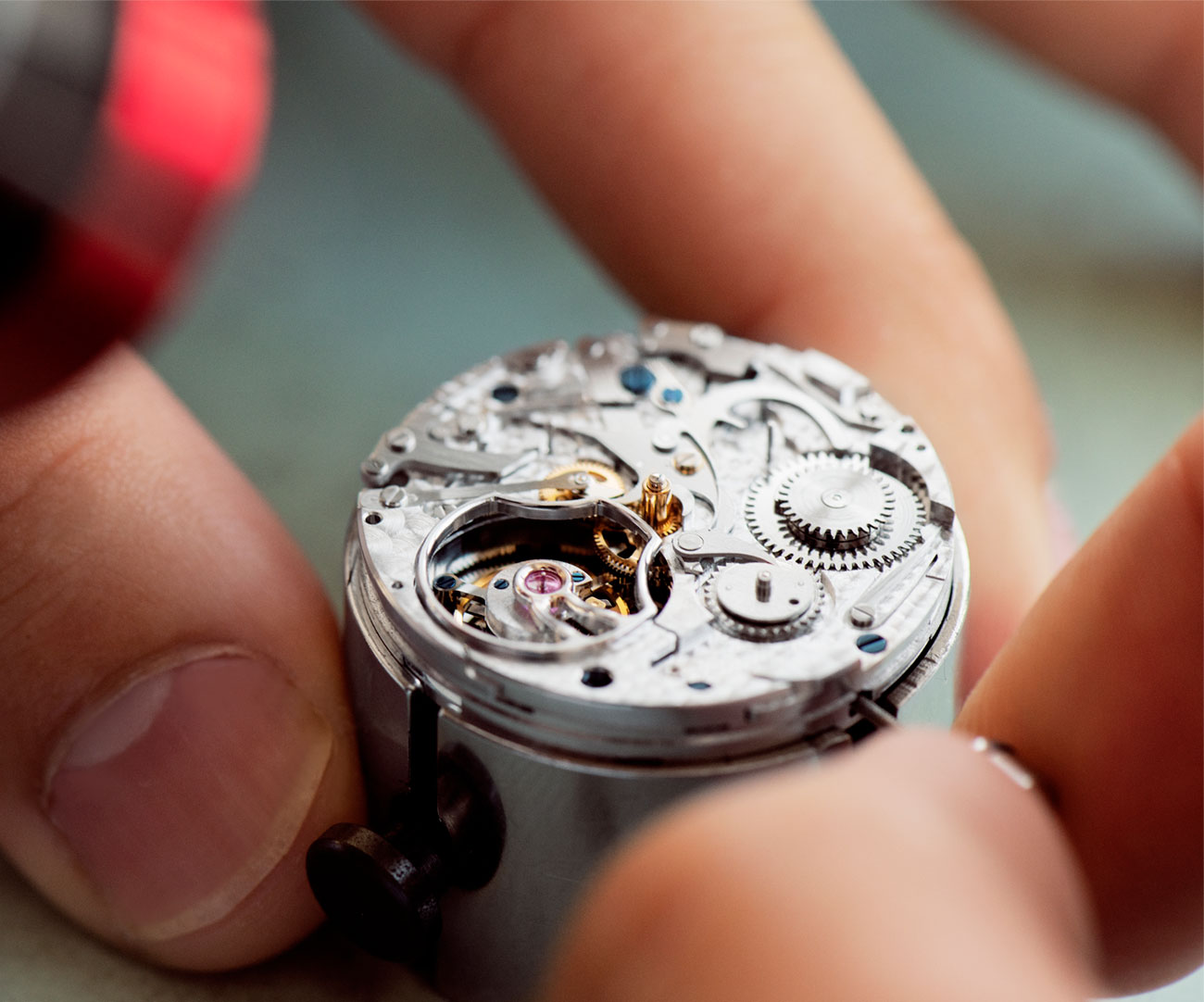 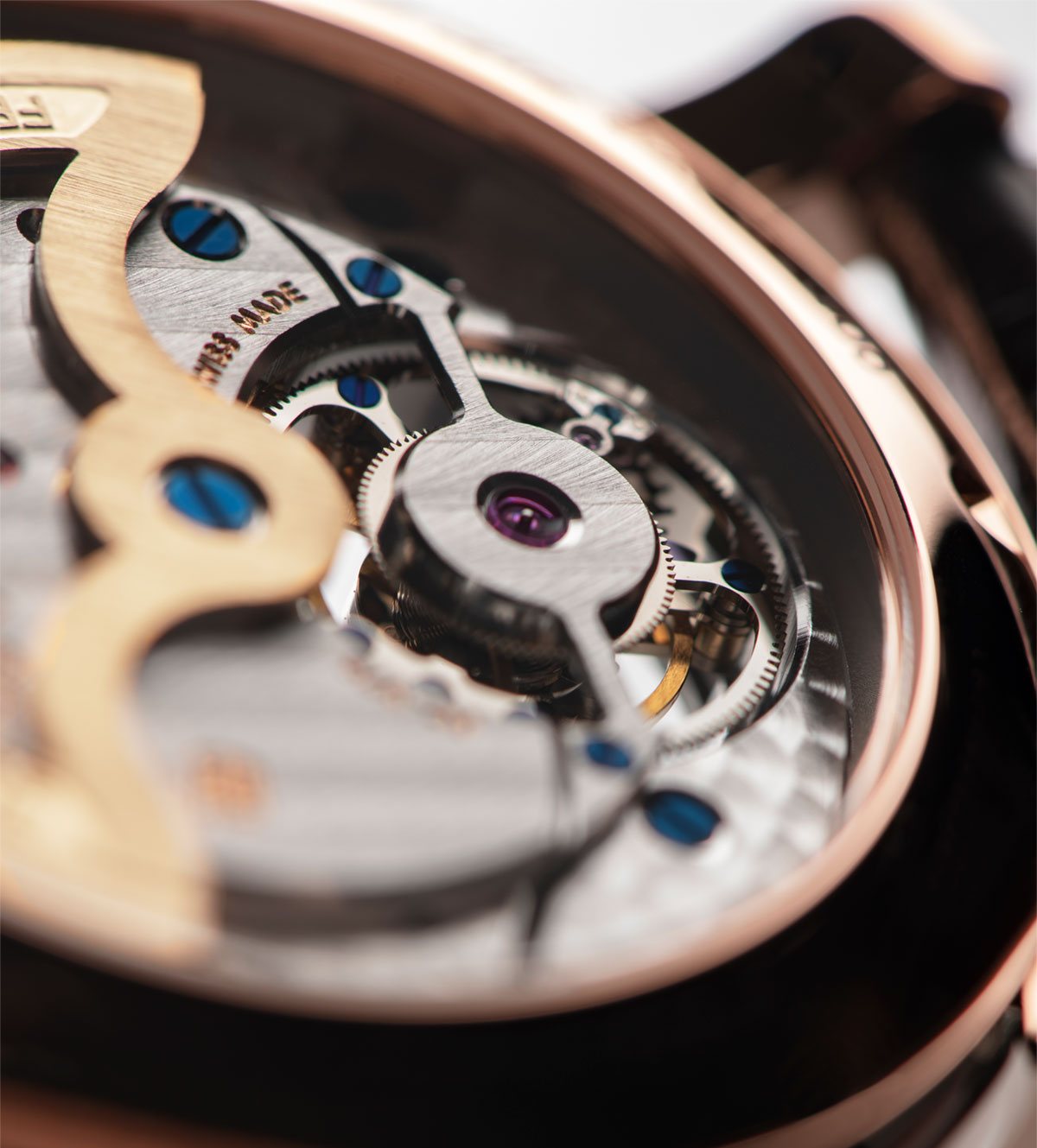 The perpetual calendar, to remind you, will show the correct day, date, and month, even on leap years without needing adjustment for, theoretically, 400 years – though a quirk of the Gregorian calendar will require adjustment on March 1st, 2100. The movement is visible through a sapphire crystal exhibition caseback where you will see the skeletonized rotor, Geneva stripes, and perlage decoration, and it will also be largely visible from the dial side of the watch on the skeletonized versions. 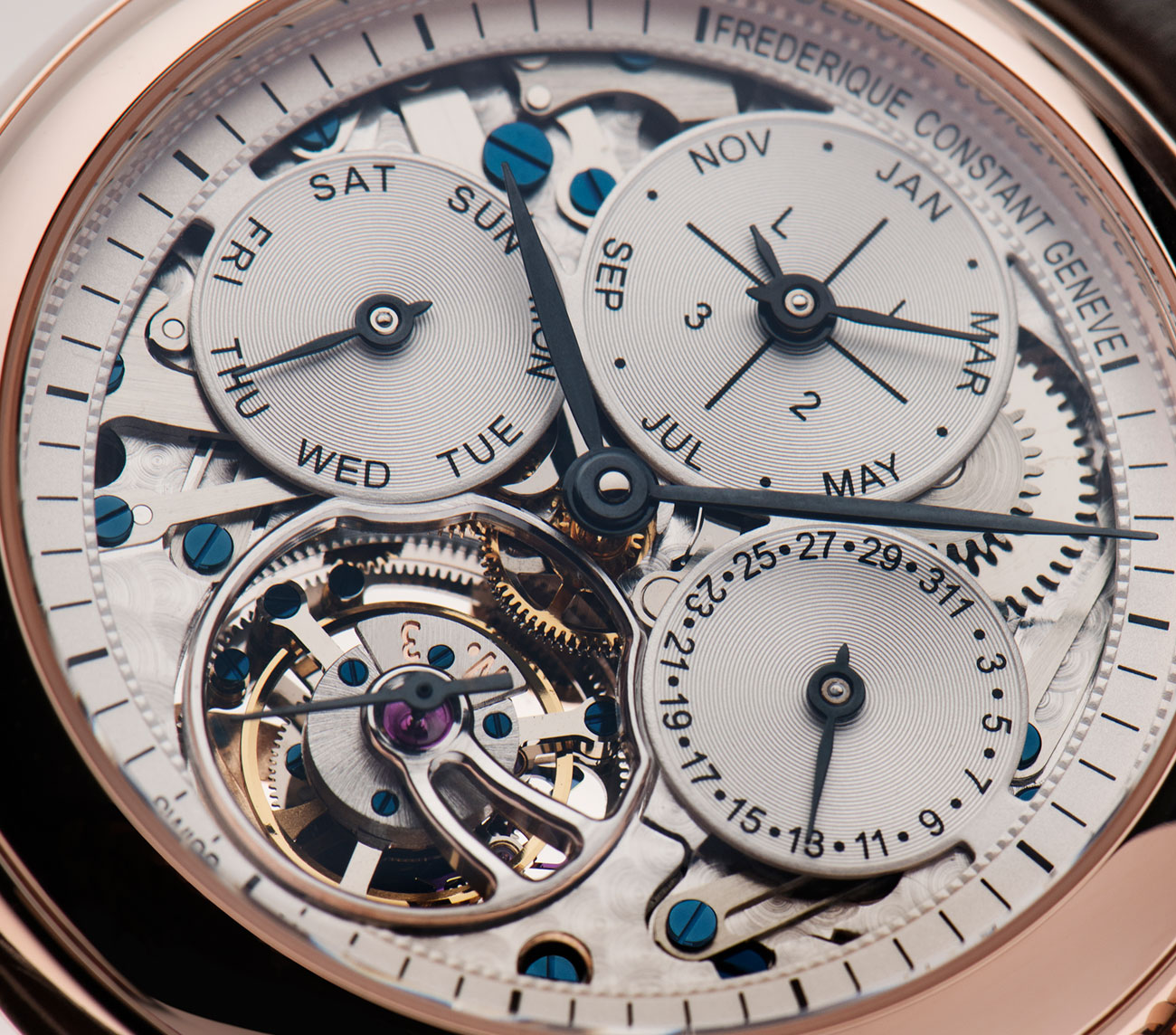 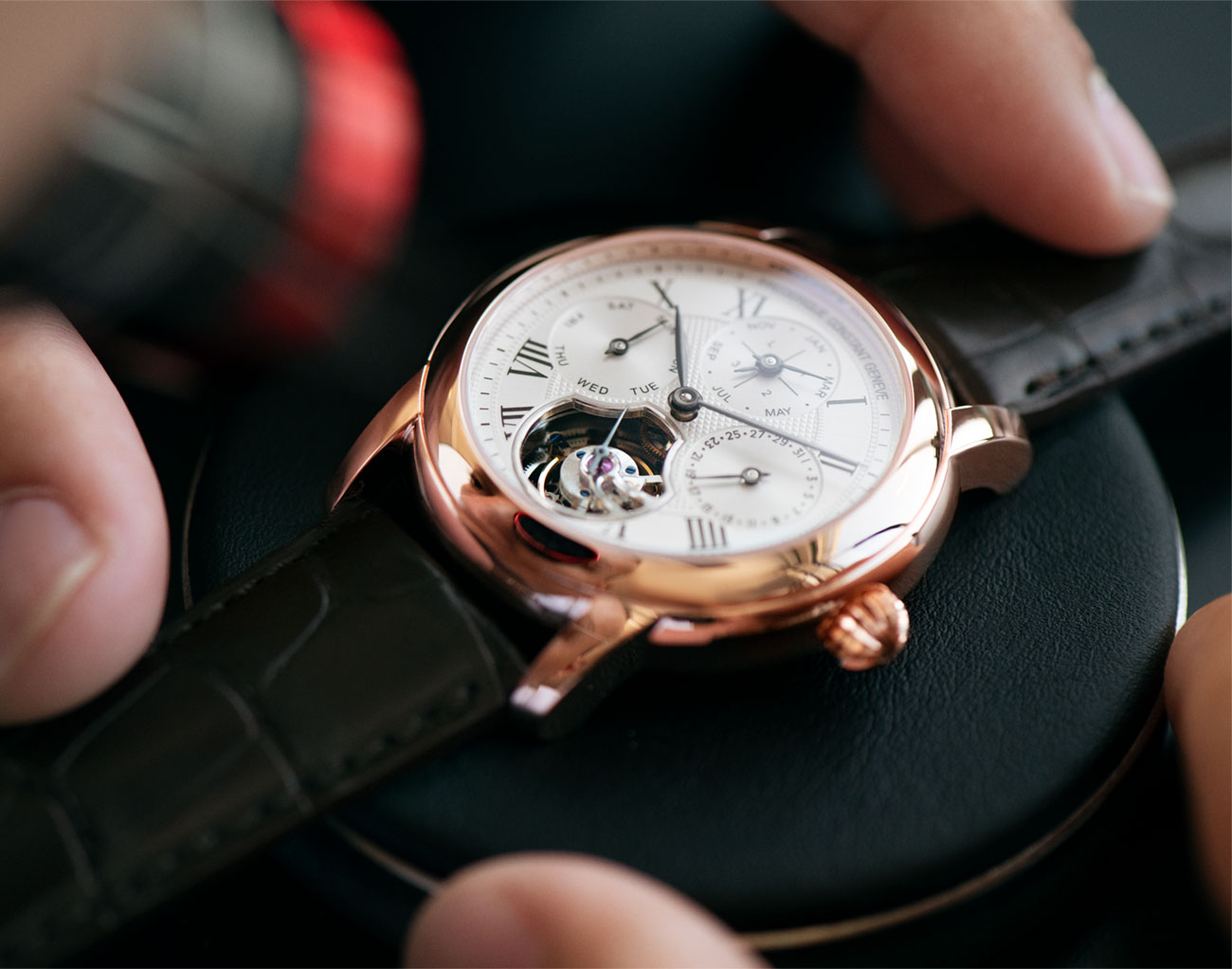 Four versions in total; two are in steel and two are in rose gold, with skeletonized and non-skeletonized versions of each. In a 42mm-wide case, each is rated for 50m of water resistance – except the more limited rose gold skeletonized version, for some reason, which is rated for only 30m. The brand does not give the thickness measurement, but it does appear chunkier than the Slimline. The symmetrical triple sub-dial layout of the Slimline Perpetual Calendar watch is carried over to the Frederique Constant Perpetual Calendar Tourbillon Manufacture, but where the moon phase was at 6 o’clock is, of course, the tourbillon doubling as a seconds indication. 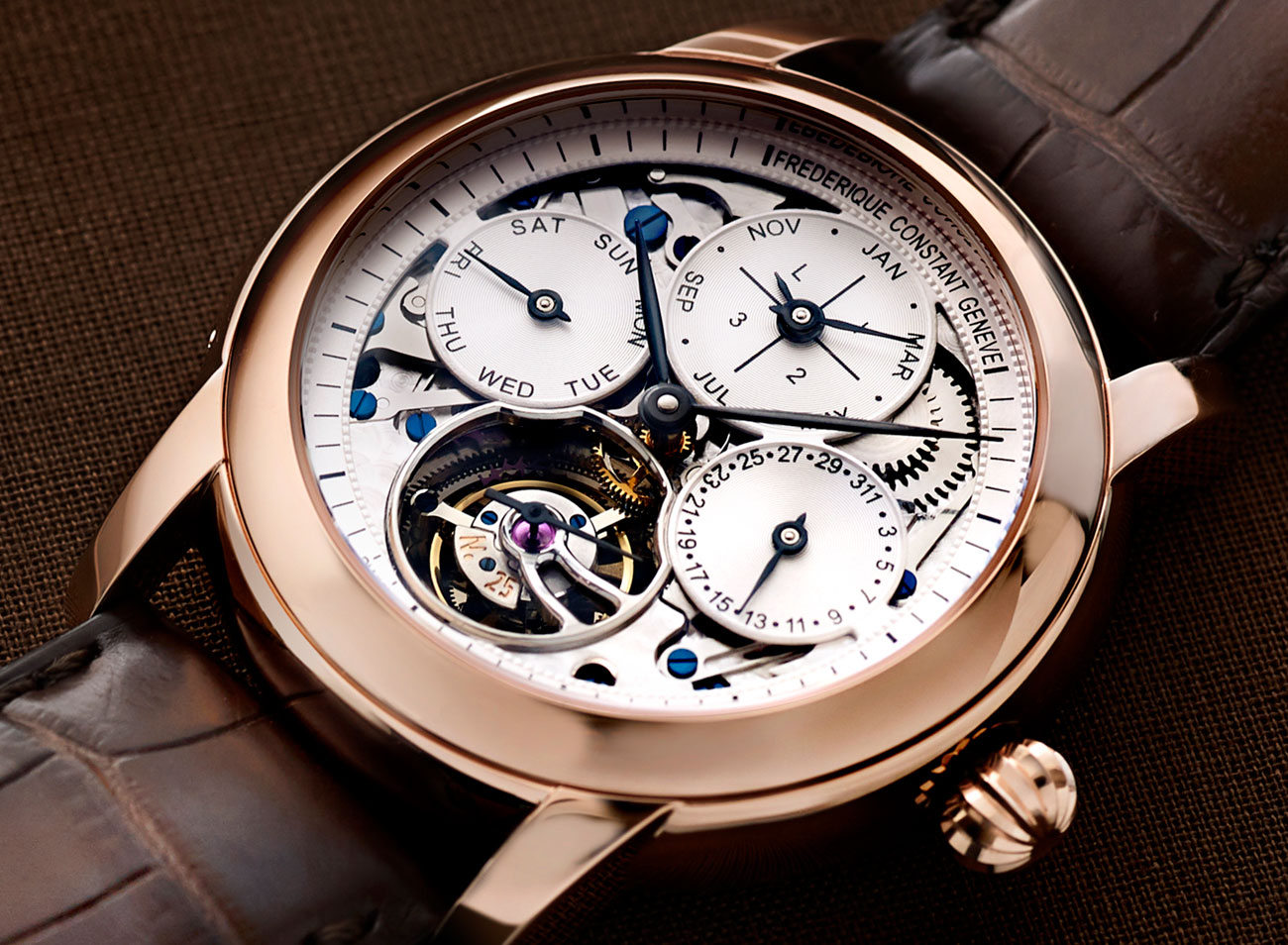 Interestingly, pricing for the steel model will be $19,995 whether skeletonized (FC-975S4H6) or not (FC-975MC4H6) – which makes the skeletonized model seem like a better value, or at least more attractive to me – and the non-skeletonized model in rose gold (FC-975MC4H4) will have a price of $22,995. Each of those models will be limited to 88 pieces each, and the rose gold skeletonized Frederique Constant Perpetual Calendar Tourbillon Manufacture (FC-975S4H9) will be limited to only 30 pieces (for the brand’s anniversary) and have an “exclusivity premium,” I suppose, with a price of $32,995. frederiqueconstant.com