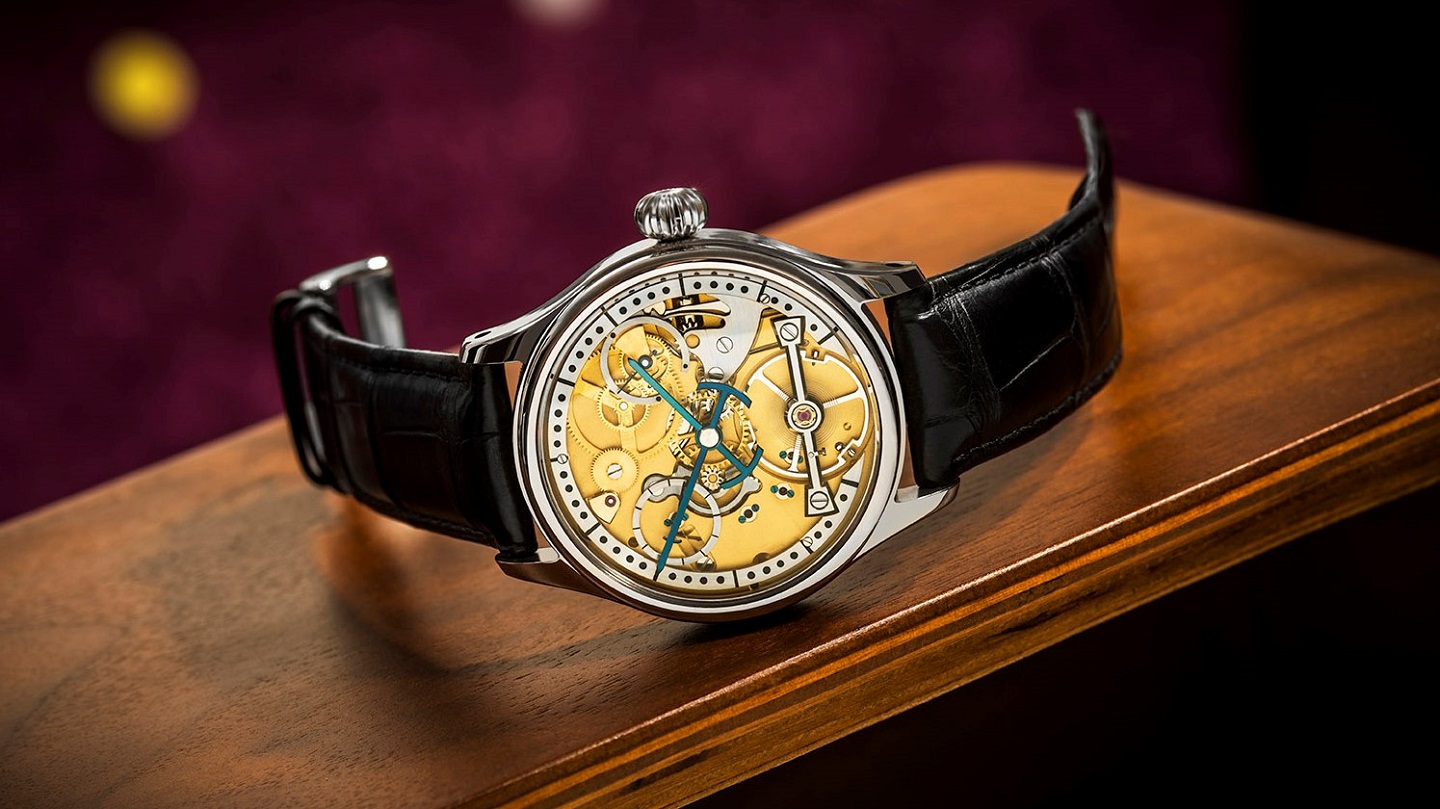 When the modern consumer thinks of fine luxury watches, the first brands that come to mind are likely based in Switzerland, Germany, or perhaps Japan. Often overlooked is Britain, which has at some point or another throughout its history been the home of some of the world’s most illustrious watchmakers. Rolex for example started out in London in 1904 (then known as Wilsdorf and Davis) before relocating to Geneva during World War I. In 1960 George Daniels also set up shop in London, and grew to become one of the greatest watchmakers in the world during his lifetime. Daniels’ former apprentice Roger W Smith is now considered a master in his own right and continues to hand-produce watches from the Isle of Man. Norfolk-based watchmaker Garrick is a young brand, having been founded in 2014 by entrepreneur and horological enthusiast Dave Brailsford, but their products have served to demonstrate that hand-crafted watches in the traditional British style are still alive and commercially viable. The brand’s latest halo product showcasing master watchmaker Craig Baird’s skill is the Garrick S1, his most ambitious timepiece to date. 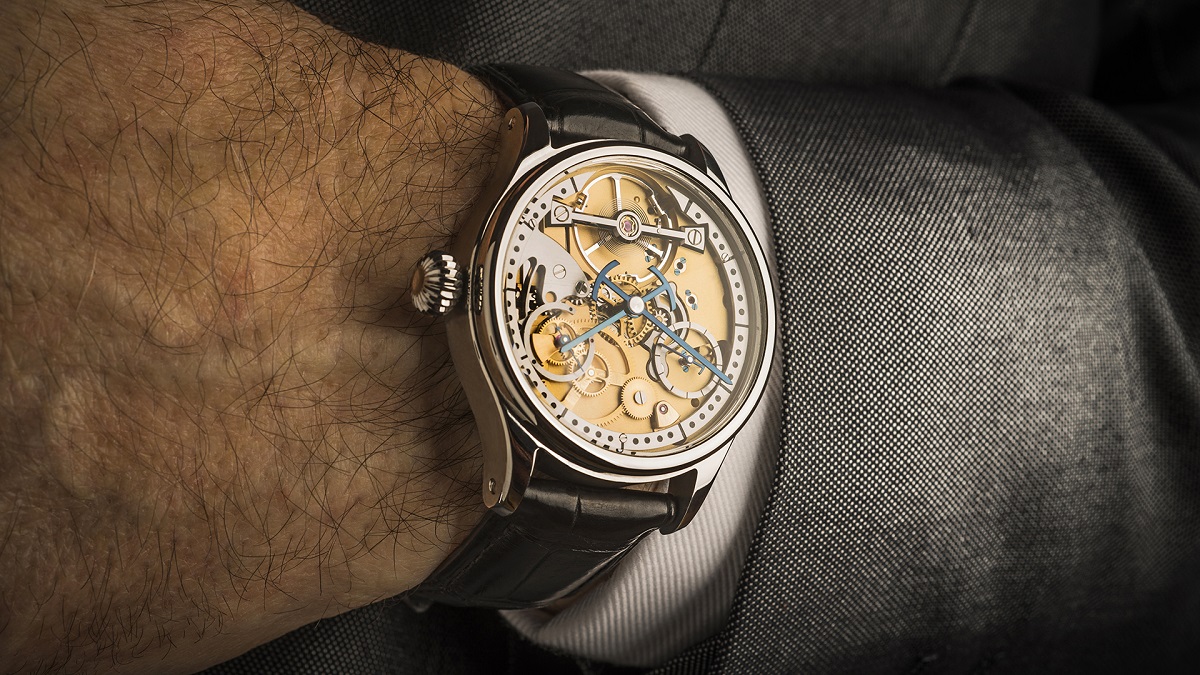 The most eye-catching feature of the Garrick S1 is the golden dial, a product of gold plating on many of the movement’s gears and bridges, as well as the mainplate. Gold chatons secured with heat-blued screws are visible from both the dial side and caseback, and unlike your typical Swiss or German timepiece featuring Geneva striping or Glashütte ribbing, Garrick takes an eminently British approach with a hand-applied “frosted” finish, a style that George Daniels also favored. As a result the Garrick S1 is decently legible (at least by skeletonized watch standards), which is further aided by thermally heat-blued hands which contrast well against the gold dial. The anchor-shaped counterweights on the hour and minute hands have become something of a signature look for the brand, and I think the design works particularly well for this skeletonized dial as they perfectly frame the central gear in the movement.

A hand-crafted brushed steel chapter ring frames the dial, providing a minute track and hour indicators in the form of punched holes and notches, which lends the Garrick S1 an industrial element. This look is further reinforced via the large traversing balance bridge near 6 o’clock, the small seconds chapter ring near 10 o’clock, and the power reserve chapter ring near 2 o’clock, which combined provide a pleasing symmetry to the dial. The case is made of 316L stainless steel (again polished by hand) and measures 42mm wide by 10mm thick, a size which should wear large on the wrist and draw plenty of attention to that gold dial, whilst still fitting under a shirt cuff. While a lot of dressy watches in this style often give no thought to water resistance, I was pleasantly surprised to find that the Garrick S1 is water-resistant to the very respectable depth of 100m, making this a watch you could swim with if you were so inclined (once you’ve removed the included alligator leather strap for something more aquatically suitable, at least). 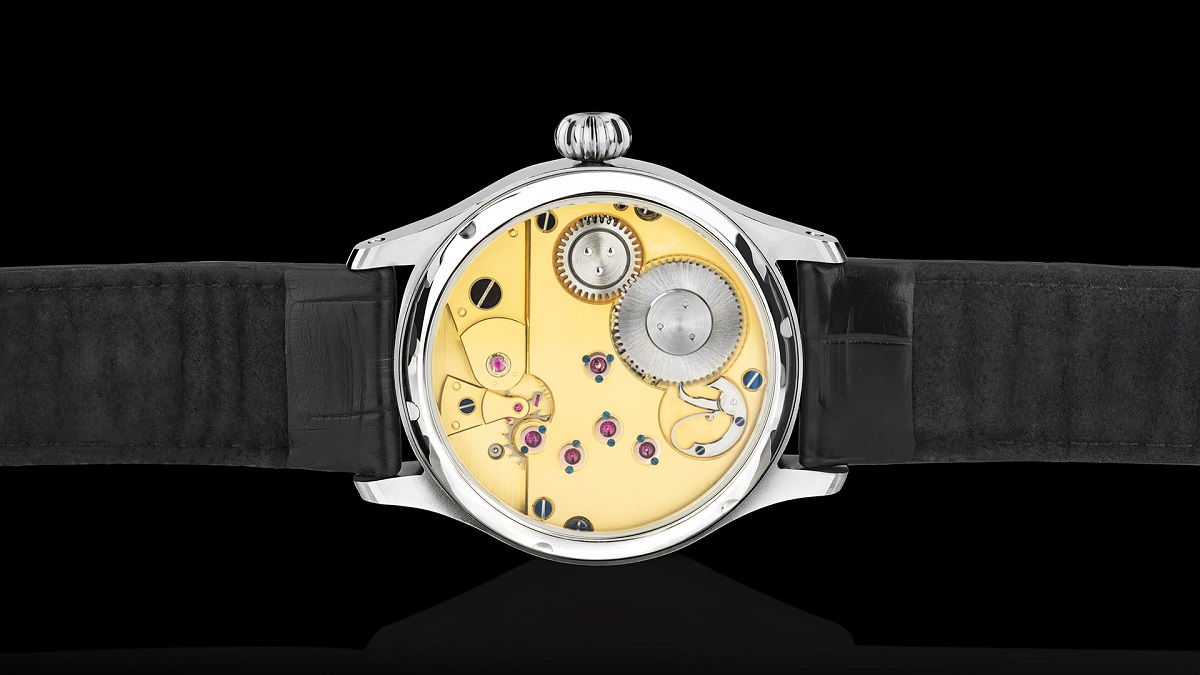 Powering the Garrick S1 is the UT-G02 hand-wound movement, an exclusive calibre designed and produced in collaboration with Andreas Strehler, a Swiss watchmaker perhaps best known for producing perpetual calendar movements for H. Moser & Cie. as well as winning a Guinness World Record with his “Sauterelle à lune perpétuelle,” the most accurate moon phase indicator ever built in a wristwatch. The UT-G02 calibre features 19 jewels, a 45 hour power reserve, and an in-house manufacture free-sprung balance (which the brand is calling their “Trinity” balance). The balance oscillates at the leisurely pace of 18,000 vph (2.5Hz) but has nonetheless been adjusted and tested to achieve a rate of +3 seconds per day, or so the brand claims. The Trinity balance is made of a patented alloy called “Sircumet,” which is licensed to Andreas Strehlers’ company UhrTeil AG and offers anti-magnetic and anti-corrosion properties, as well as being free of toxic materials. 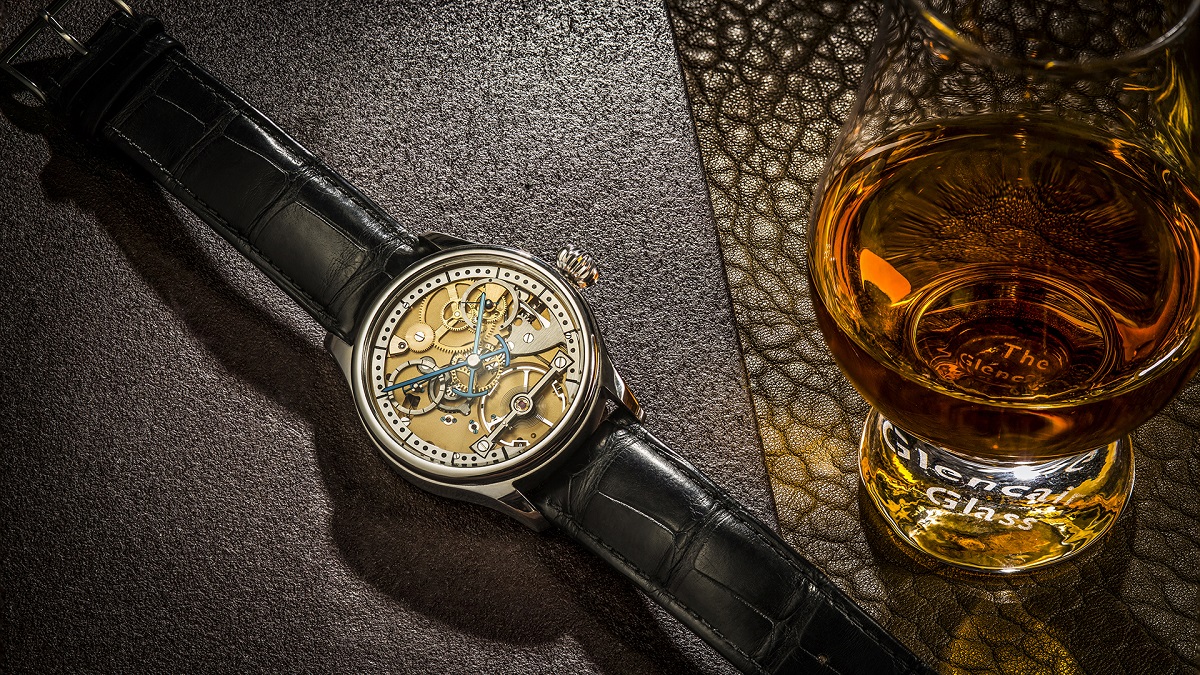 A ton of old-fashioned craftsmanship goes into each Garrick S1 timepiece; the gears are cut, finished, and assembled by hand, the case is hand-polished, and the movement’s frosted finish is applied by hand. But for all the effort and skill the brand’s watchmaker Craig Baird showcases in the Garrick S1, prospective buyers still need to consider that this is a steel watch, with a gold-plated movement, carrying a price tag of £23,329 (excluding VAT). For a similar outlay one could be wearing a solid gold timepiece from the likes of A. Lange & Söhne or any other Swiss watchmaker, making the Garrick S1 a difficult sell unless you’re a true trooper for British watchmaking. But if you are, and a certain amount of golden bling with a decidedly British twist is your thing, then you’d better pony up quick; the Garrick S1 is a limited edition of 10 pieces only. garrick.co.uk