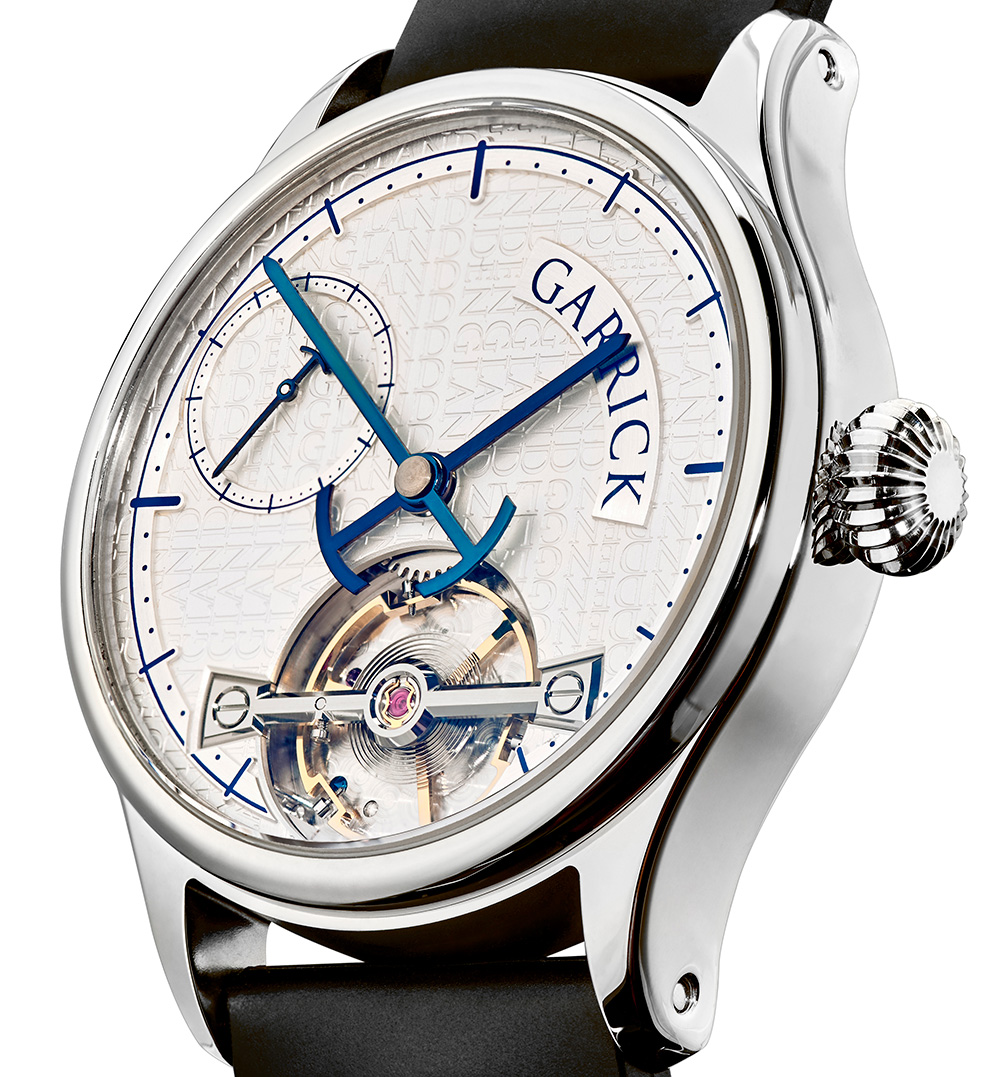 It’s hard to ignore the surge of interest in British watchmaking that we’ve witnessed in recent years. We’re seeing a gradual yet significant industry revival and it’s one that Garrick is proud to take part in. After the success of their earlier Norfolk model, they’ve once again released a timepiece that pridefully incorporates elements of Great Britain’s rich seafaring tradition and exhibits the young brand’s commitment to a new era of British watchmaking. The Garrick Portsmouth watch is their latest achievement and a piece that marks an exciting point for the brand thanks to their new and exclusive Garrick movement.

Even hardcore fans of sport watches will have trouble denying that the Garrick Portsmouth is bold, well designed, and truly interesting. While it’s ultimately more of a dressy watch in its style, the 316L stainless steel case measures 42mm in diameter and sports a highly polished finish that highlights Garrick’s attention to detail. It should be noted, however, that Garrick claims the case wears rather conservatively at 11mm thick and is even said to feel more like 40mm-wide watch in some cases. The dial is lacquered and can be customized with engraving based on the the client’s request – a service Garrick is proud to offer in their effort to create bespoke timepieces. One of the more visually striking elements found on the dial of the Garrick Portsmouth is the handset. The maritime-themed hands are beveled, thermally blued, and serve as somewhat of a brand signature featured on the Norfolk model as well. The work is carried out completely in-house and the thermal finishing process is even used in the construction of blued screws integrated throughout the movement. Besides a sub-dial for running seconds and the rather prominent inclusion of the brand name, the dial’s true centerpiece is the exhibition of the balance wheel and bridge at 6 o’clock. Garrick refers to the design choice as “stereotypically British” and it gives the wearer just a quick glimpse into their new movement. The Garrick Portsmouth’s UT-G01 hand-wound movement was developed in partnership with eminent watchmaker, Andreas Strehler and his company Uhr Teil AG. While some components like the free sprung balance are crafted in Garrick’s Norfolk workshop, others are made by Uhr Teil AG. After construction, the pocket watch-like movements are finished and regulated by Garrick’s small team of watchmakers at their home facility. Another detail worth considering is the use of a patented metal alloy called Sircumet on the rim of the balance wheel. It’s apparently the first time it has ever been incorporated into a wristwatch and serves as an extra design touch found within the frosted and hand-polished movement. The 19-jewel UT-G01 movement also provides 45 hours of power reserve and runs within a daily variance of +3 seconds according to Garrick. Each watch comes with either an alligator or premium leather strap with a matching 316L stainless steel buckle. As mentioned previously, the dial engraving is customizable and we should point out that the “England” pattern you see here is simply meant to flaunt Garrick’s ability to carry out this kind of dial finishing. It’s a pleasure to see how far Garrick has come in their short history. And while the design and construction of the Garrick Portsmouth may not be considered 100% British by some, there’s no doubt that the brand is certainly on their way. The Garrick Portsmouth is priced at £17,995 and could potentially serve as an interesting piece for collectors that are highly invested in this new British watchmaking revival. garrick.co.uk