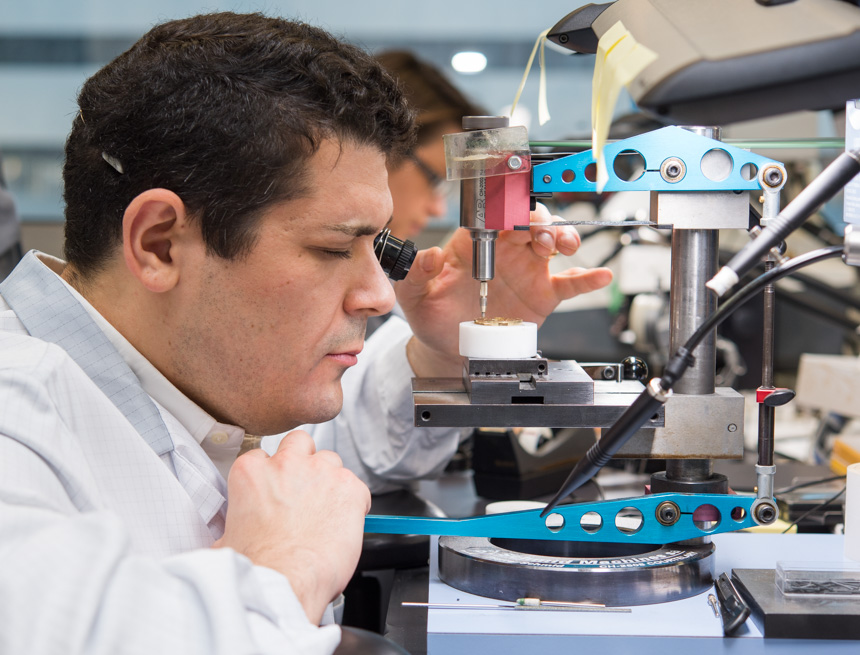 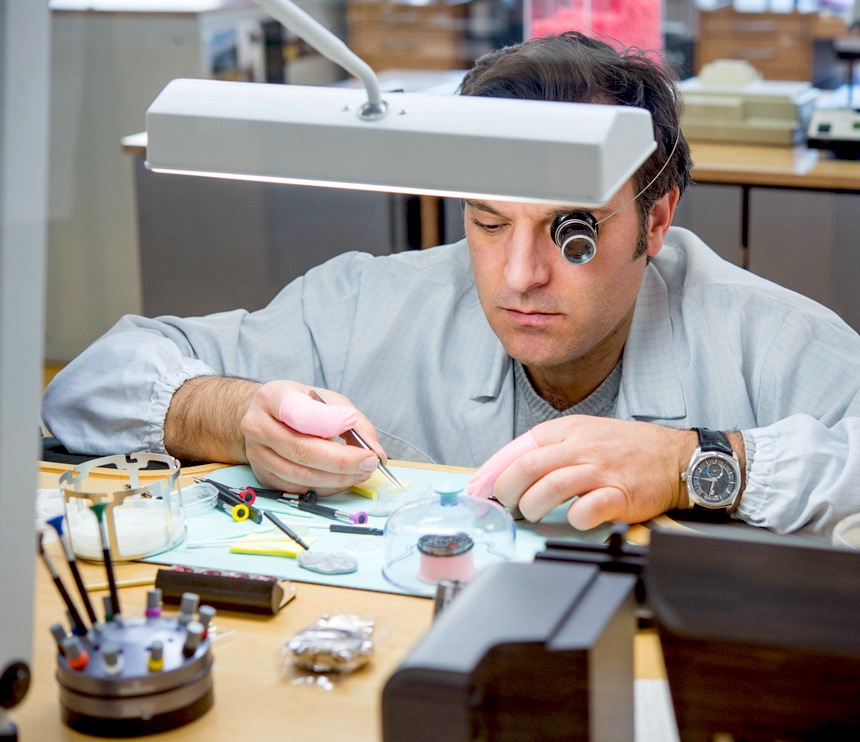 In recent years, as fierce competition between high-end brands and luxury groups has further intensified, watch certifications have stepped up as a favored weapon of choice, functioning as yet another quality-differentiating factor, if you like. The problem, though, is that these certifications – including important factors such as their exact criteria and required processes, as well as what they really mean to the consumer and for the value of a timepiece – are much less well known or understood.

Take the Geneva Seal, Poinçon de Genève, or Hallmark of Geneva – many fancy names for one fancy title – for example; this prestigious certification likely requires a bit more clarification. It is widely known that the Geneva Seal brings with it a certain assured level of decoration quality, but what it actually means in haute horlogerie terms, what it delivers to the owner of the watch, and how it is achieved in practice are scarcely talked about as a whole. After a long week at SIHH 2016, we stayed in Geneva to visit the Roger Dubuis manufacture, and discover how Poinçon de Genève movements are manufactured and decorated – because there is hardly a better place to do so than Roger Dubuis which has all of its movements decorated and tested to bear the Geneva Seal. Here’s all you need to know about the Hallmark, and what it takes to obtain it. 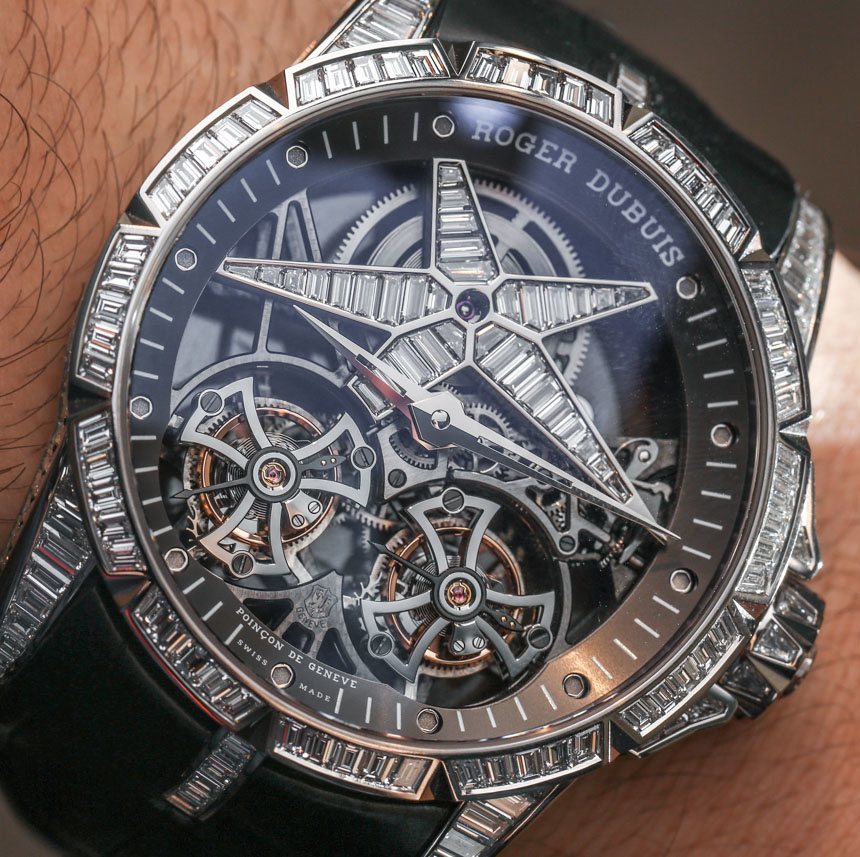 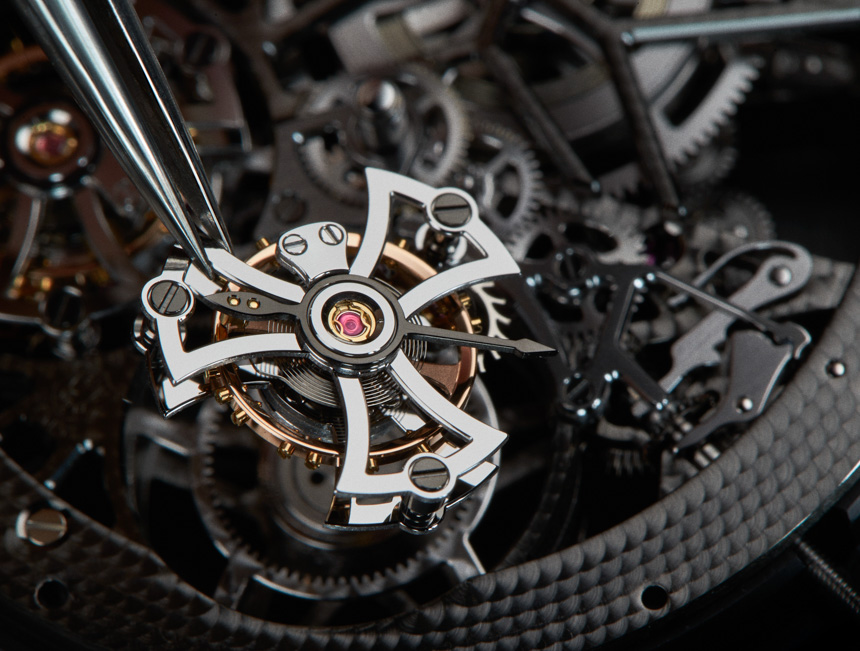 Geneva-based Roger Dubuis will surely need no introduction, as it has already made a name for itself as an avant-garde brand that never shies from realizing some of the more daring concepts under the aegis of the Richemont group. While other, age-old brands must be especially careful not to step on each others’ toes as they practice excessive care to conserve their heritage, Roger Dubuis can busy itself, making no apologies about coming up with bold-sized, over-complicated watches – which, nonetheless, never lose focus on quality of workmanship. 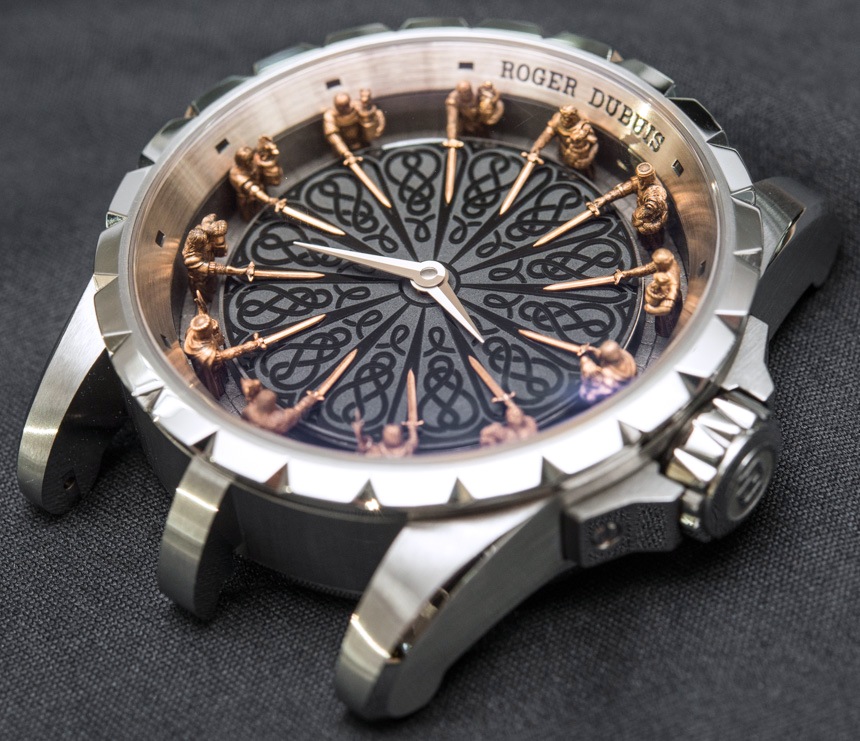 What’s truly interesting about how Roger Dubuis developed its own style, though, if you think about it, is the fundamental role of movement design – it isn’t merely about in-your-face case designs and distinctive branding efforts (there is no shortage of those either, of course), but proprietary movement layouts you can spot from the other end of the imaginary ballroom. This mix between design, movement architecture, and finishing is what makes this look into their manufacture on the outskirts of Geneva truly interesting. 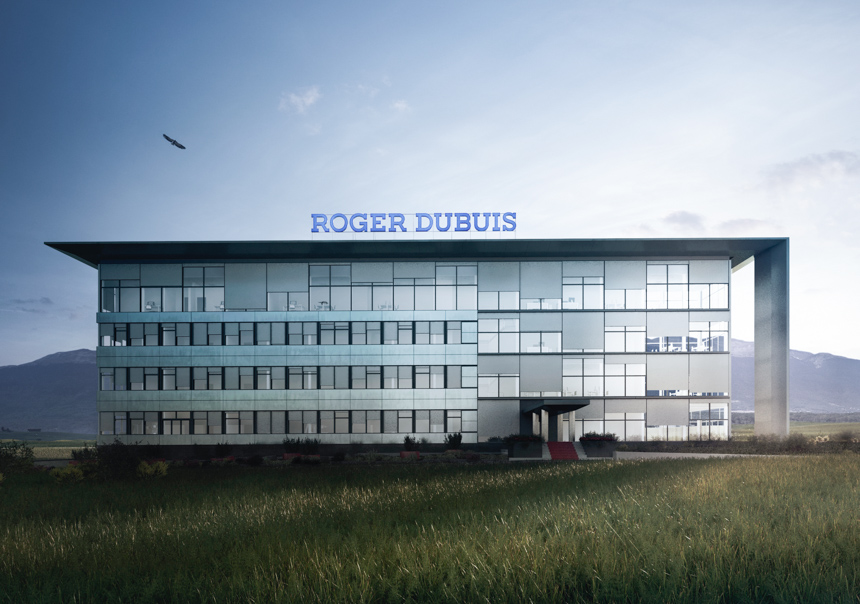 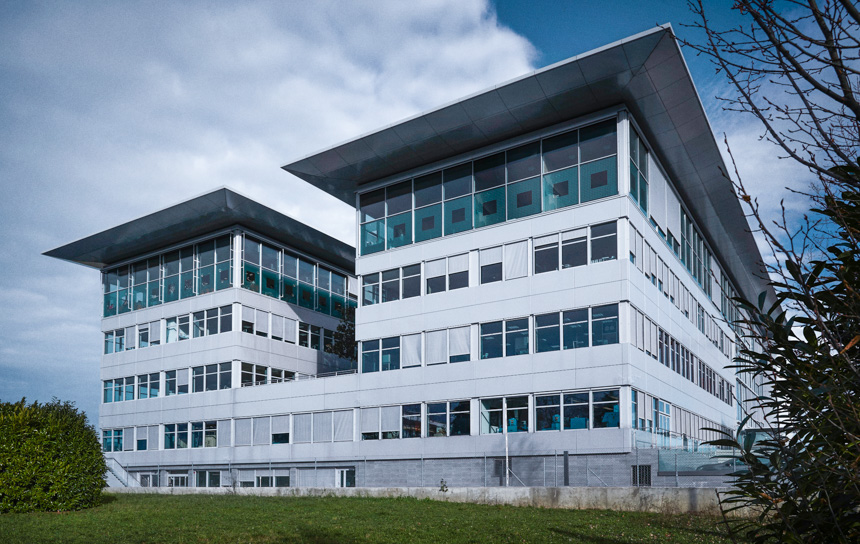 The brand Roger Dubuis was officially established in 1995, although Mr. Dubuis started his own independent career in 1980 when he left Patek Philippe, having spent 14 years with the company developing high-complication movements. The Roger Dubuis brand has been owned by Richemont since August 2008 – and you can tell the brand has benefited from some new oversight and, as a result of that, better consistency throughout its product ranges. 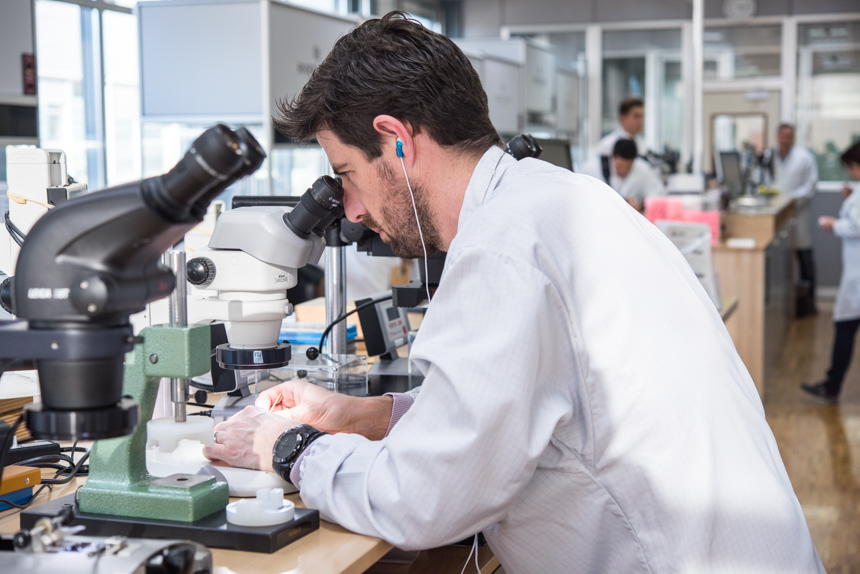 All that corporate talk in reality translates into a brand that, as we said further above, is hands-down the most daring, boldest company in the Richemont group. Sure, there are numerous very cool pieces and niche collections produced by other “sister companies” – Cartier, Lange, Jaeger-LeCoultre, Piaget all produce some breathtakingly daring watches – but Roger Dubuis very much stands on its own by having nothing but comparably bold pieces in all its collections. Being bold just for the sake of being different rarely works out, though – especially when there is a genuine interest and fascination with high quality finishing rooted in the DNA of the brand. 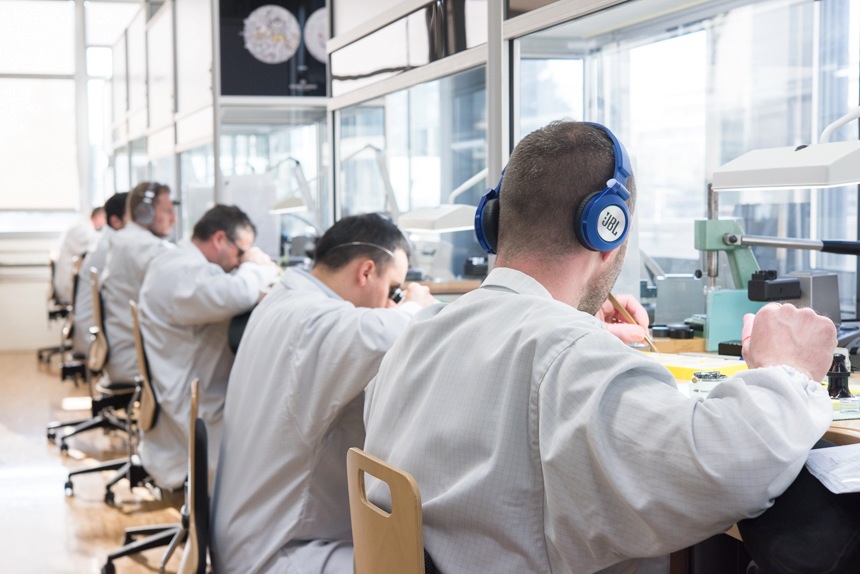 When setting up his new brand back in 1995, it was a given for Roger Dubuis that the brand would have to be positioned in the haute horlogerie, or high-end watchmaking, segment. However, because it was (and actually still is) a very young brand, it had to find a way to justify and prove its efforts to the watch-loving masses. This is where an independent certification – you guessed it: the Geneva Seal – comes into the picture. 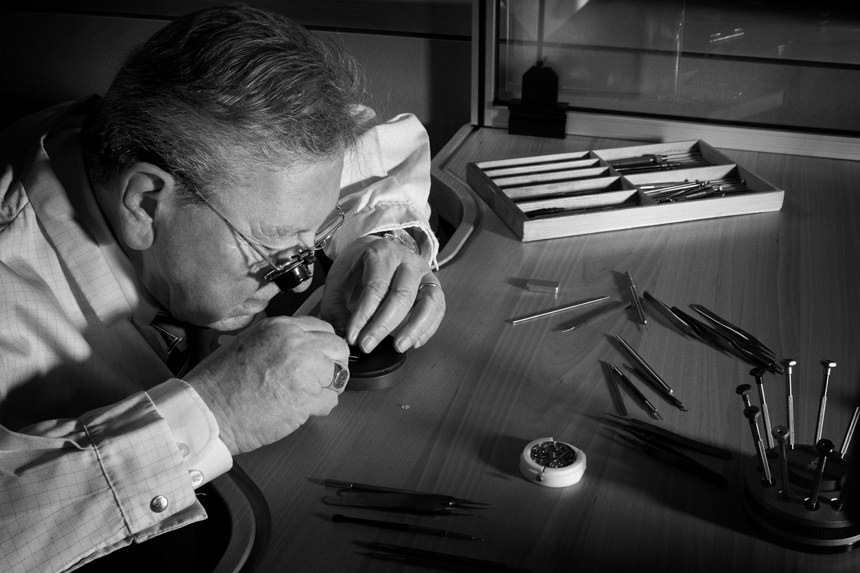 Brief History Of The Geneva Seal

Funnily enough, in the late 1800s the Hallmark of Geneva was originally conceived with a very similar intent: to testify to the superior quality of properly manufactured timepieces made in the region. You see, starting from the mid-1800s, an ever-increasing number of “dishonest” manufacturers were labeling their inferior watches as “Geneva made,” abusing and damaging this precious designation. 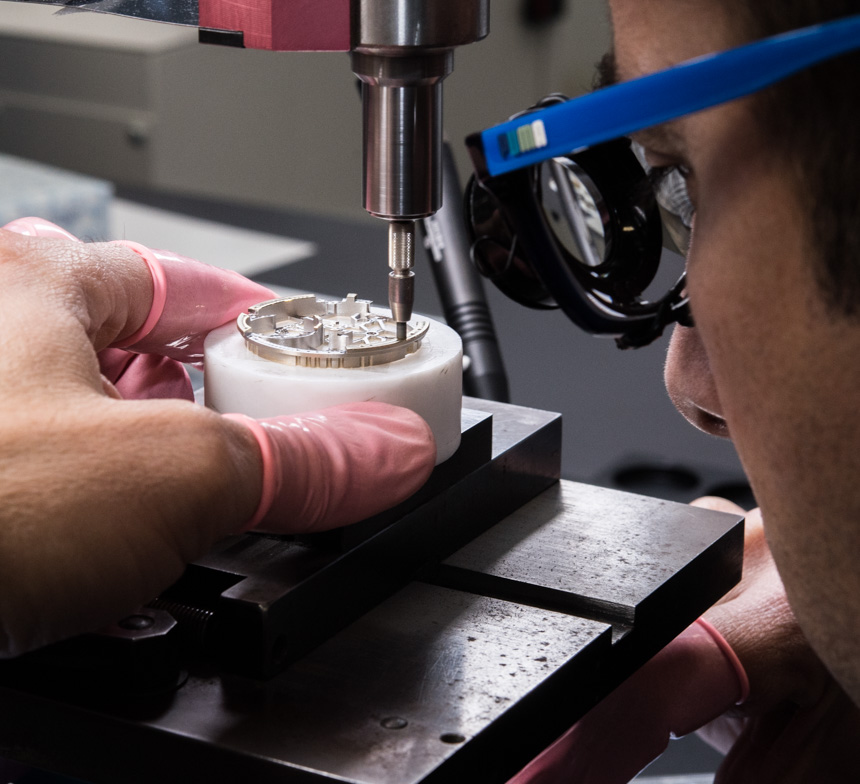 Consequently, watch manufacturers sought the help of the parliament of the Republic and Canton of Geneva so as to enforce by law the conditions related to the use of the “Geneva made” term. Their cries found receptive ears and, on November 6, 1886, the Hallmark of Geneva, an independent label of quality, was established. It included an office for the voluntary inspection of watches, as well as for the application of the Canton’s official hallmark on watches and movements. 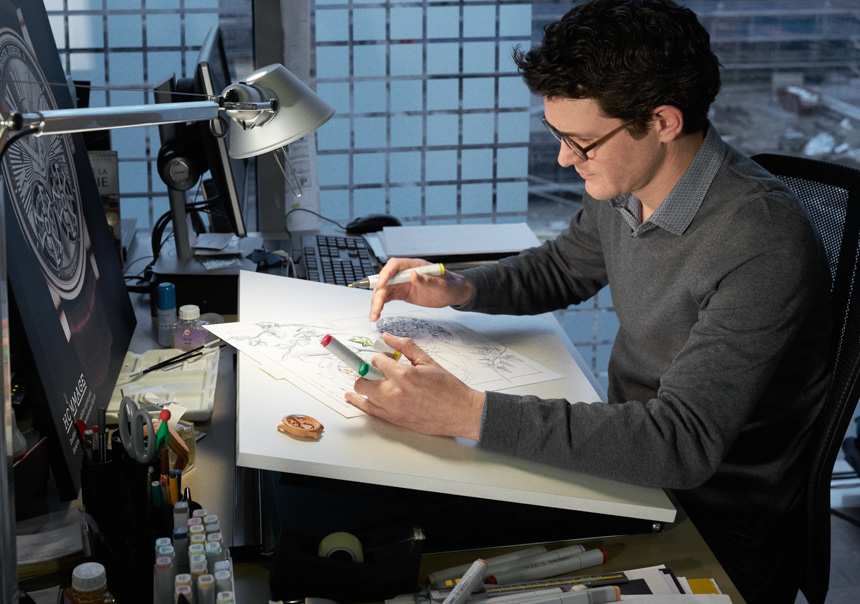 In short, the Hallmark of Geneva was conceived to serve as a fully independent certification that would separate, highlight, and protect superior quality timepieces. Needless to say, that feat is only possible through a set of strict conditions that watches must meet – conditions which have changed and evolved over time. To clarify, today the Geneva Seal certification is run by the Foundation of the Geneva Laboratory of Horology and Micro-engineering, also known as Timelab. Let’s see what these requirements are and how Roger Dubuis fulfills them. 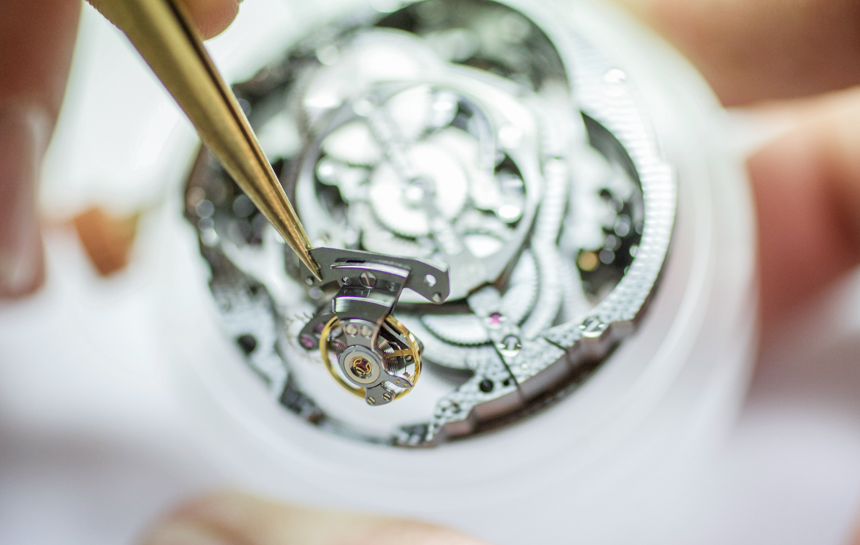 First and foremost: “Only mechanical watch movements and additional modules crafted based on the finest watchmaking practices in compliance with the approval criteria for the ‘Poinçon de Genève’ shall be considered. Assembly, adjustment and casing-up of the movement and the additional module shall be performed in the Canton of Geneva. The applicant must be registered with the Trade Register of the Canton of Geneva.”

The focus on Geneva-based manufacturing is obvious – which explains why some major companies have purchased ateliers or moved into “partner facilities” to produce their Geneva Seal-qualified movements. The location limitation is strict, and there is no way around it: manufacturing and casing up has to happen in the Canton of Geneva, period. 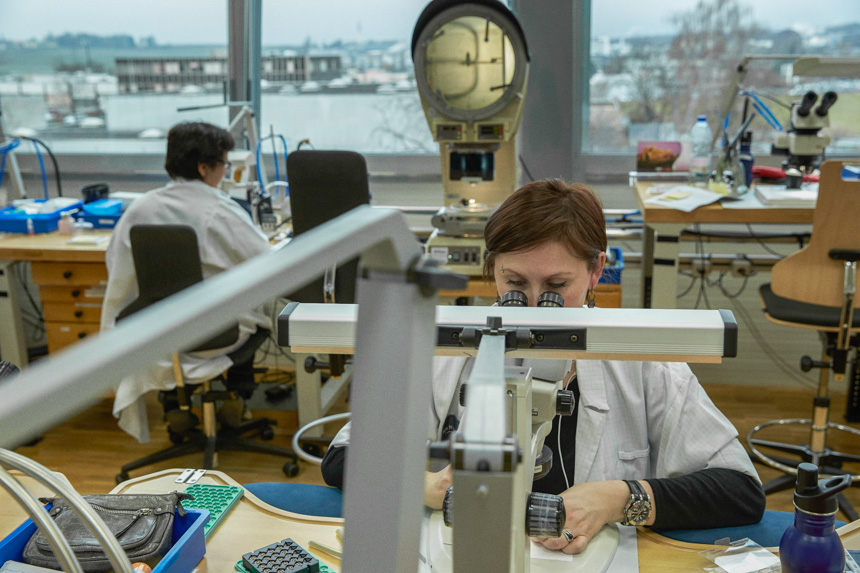 Specifically, the following steps must absolutely happen in the Genevan manufacture:

Furthermore, the different steps for obtaining the Poinçon de Genève include complying with these additional steps: 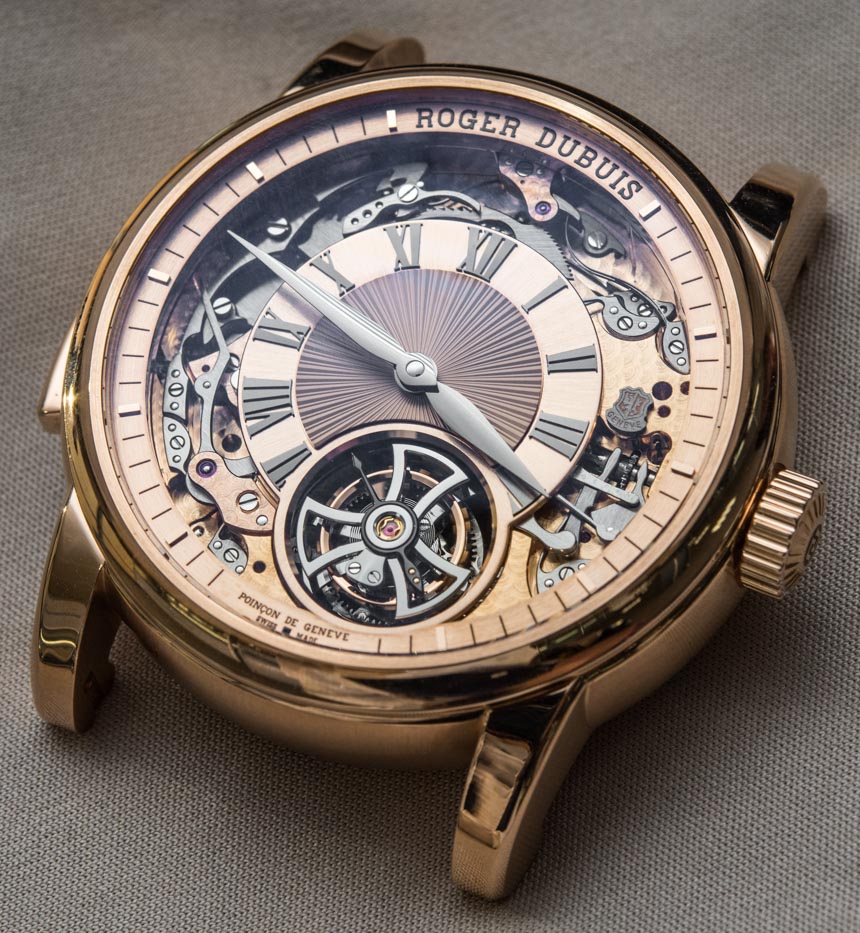 …let’s take a deep breath and see how all this bureaucracy translates into an actual certification process. We’ll start with the movement.

Whenever Roger Dubuis wants to have a new movement certified to have the Geneva Seal, they have to send engineering drawings, all movement components, an assembled movement, as well as all external (case) components to Timelab. They will approve the design and quality of execution and hold onto these parts and the assembled movement as a reference or “master copy.” 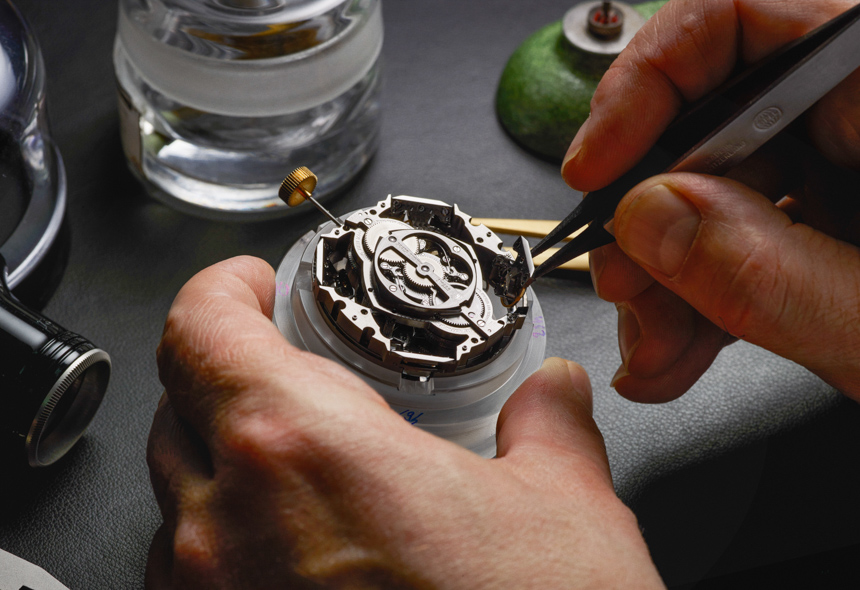 Now, the question is, how is this reference quality maintained and certified for each watch by the Geneva Seal? Well, this is probably one of the most common misconceptions regarding the Seal. It is widely believed (and echoed time and again) that finished watches are sent to somewhere off-site where their quality is checked and certified, only to receive the Geneva Seal. What actually happens is that Timelab does not individually certify all Geneva Seal watches off-site, but rather monitors and audits the manufacturing and quality checking processes that happen in-house. There are a few more elements to this that we’ll discuss further into the article. 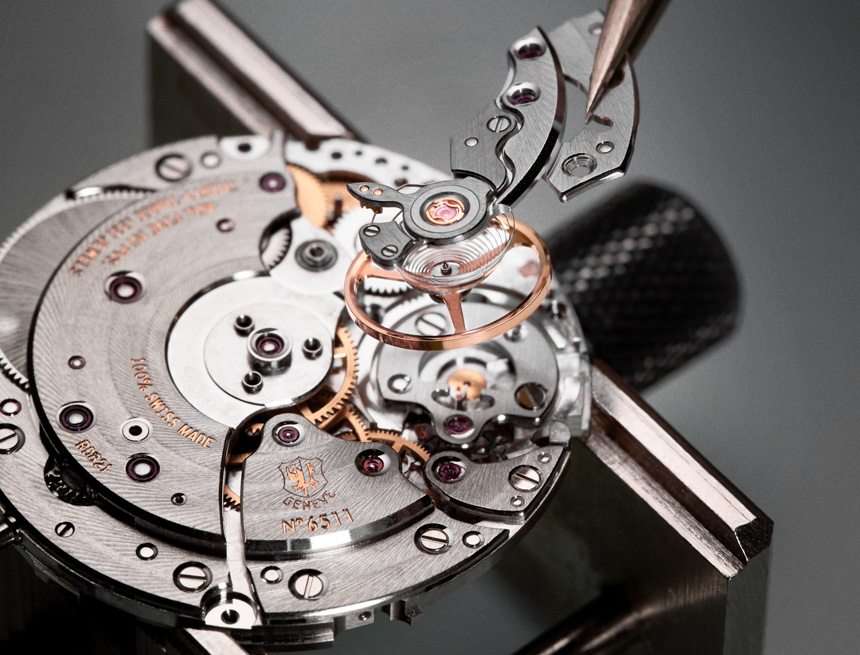 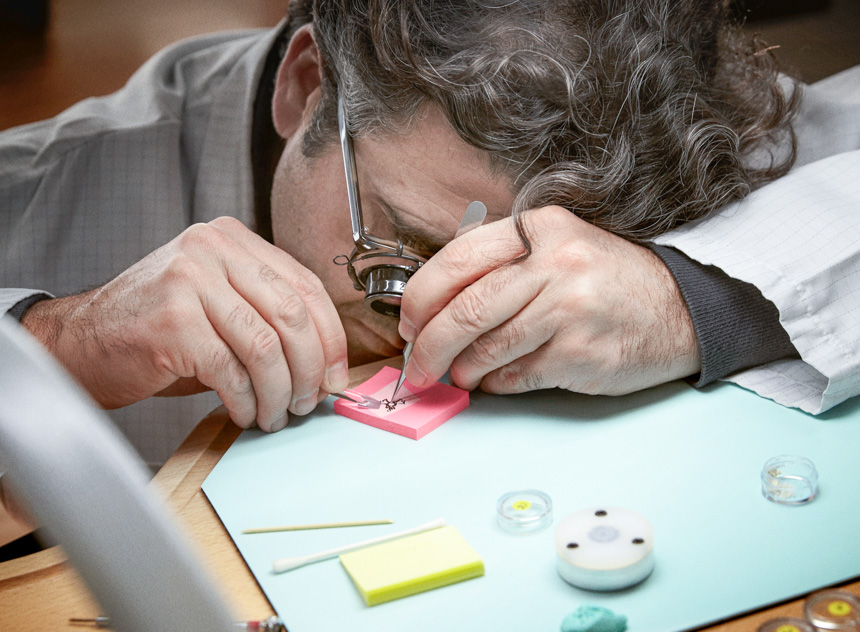 While well over a million uncased movements (closer to around 1.5 million) are sent off to COSC for chronometer certification each year, there are a number of reasons why it is not possible to have watches sent to an off-site location to be certified for the Geneva Seal.

You see, to move with the times – and to respond to not exactly unsubstantiated criticisms – the Geneva Seal requirements have been considerably updated on the hallmark’s 125th anniversary. Up to that point, the Geneva Seal only certified the quality of movement finishing, but was not at all concerned with timekeeping accuracy or the quality of other components – like the dial or the case. So, in 2011, the list of requirements was considerably updated to include accuracy, power reserve, water resistance, and watch function tests, as well as requirements for external components. 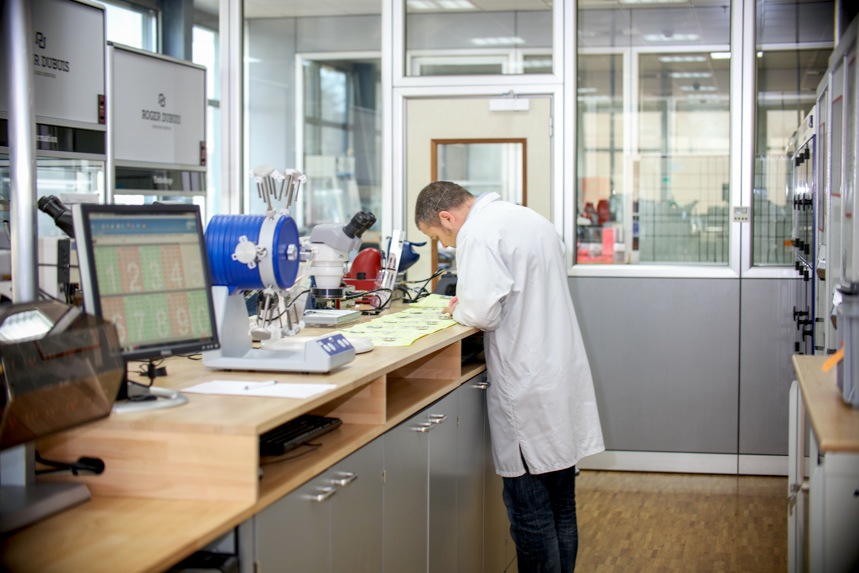 To create a third-party facility from scratch that would allow for testing an ever changing number of submitted timepieces would be extremely expensive – and largely unnecessary and wasteful as well, since all compliant watch manufactures already have to have all these quality check departments in-house anyway. Hence, the answer for Timelab and the Geneva Seal was to authorize and audit these in-house procedures (along with manufacturing processes), instead of performing them once again externally.