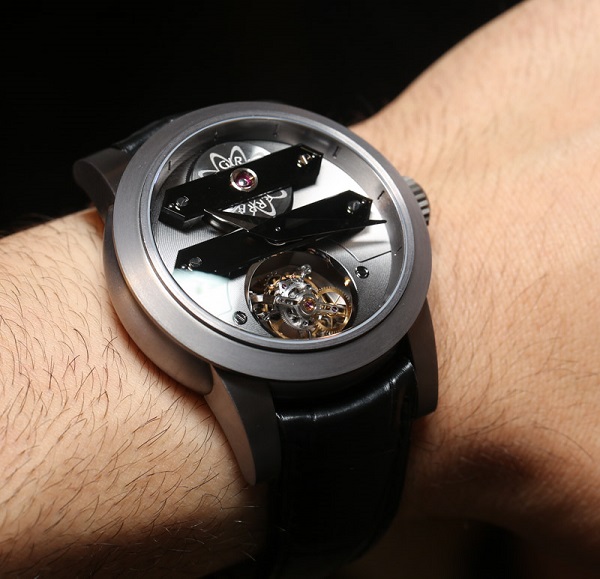 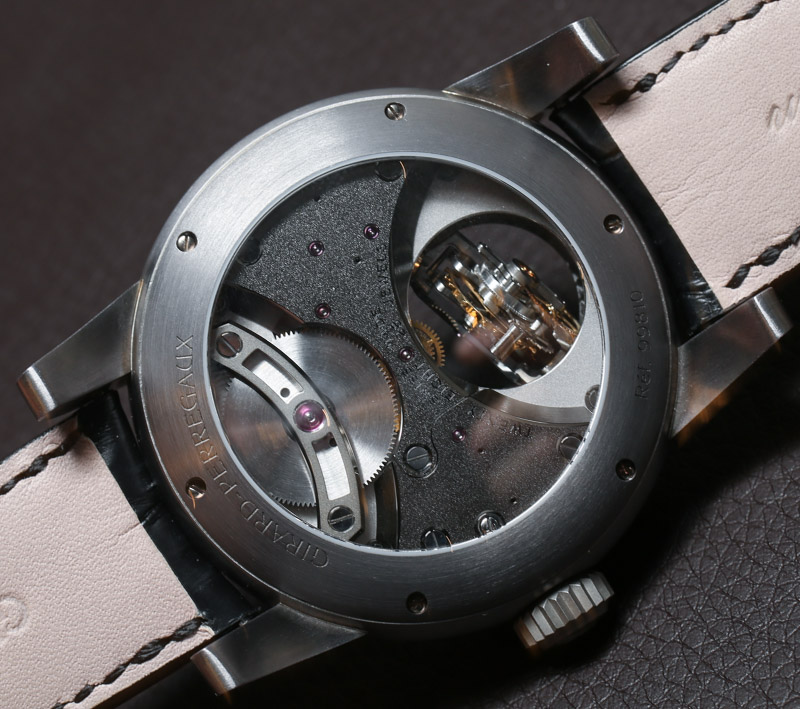 The unique bridges dominating the face of the watch may be familiar to many: the foundations of the bi-axial movement are to be found in the famous ‘Triple Bridges’ tourbillon pocket watch of GP – a design from the 1860’s by Constant Girard and his team. The intention behind creating it was simple: fascinated by the tourbillon complication, Mr. Girard wanted to spice up the traditional movement layouts by utilizing the bridges as decorative elements. He and his team co-operated with one of the best watchmakers of the time: Ernest Guinand (a one-man Complitime of the era, if you like). It took several years of hard work to finalize their special Triple Bridges calibre which they eventually patented in 1884. Since then, GP has equipped several pocket- and wristwatches with different variations of it. However, before 2008, all of these instances had three fixed bridges and a single-axis tourbillon.

And with that, we have arrived at an interesting twist to the 150 years old movement’s design, something that was necessary to create this new movement: while the Bi-axial and the ‘Triple Bridges’ watches are remarkably similar, the former differs in one important point from its predecessors. The top bridge still holds the mainspring barrel, the middle one is still for the hands, but now, owing to the multiple axes of rotation, fixing the third bridge like before is not possible. It is not gone however, such abnegation of heritage would be unheard-of and unexpected from any Swiss watchmaker; the third bridge is now part of the external tourbillon cage, also functioning as the piece holding the inner cage. A very elegant move from Girard-Perregaux. 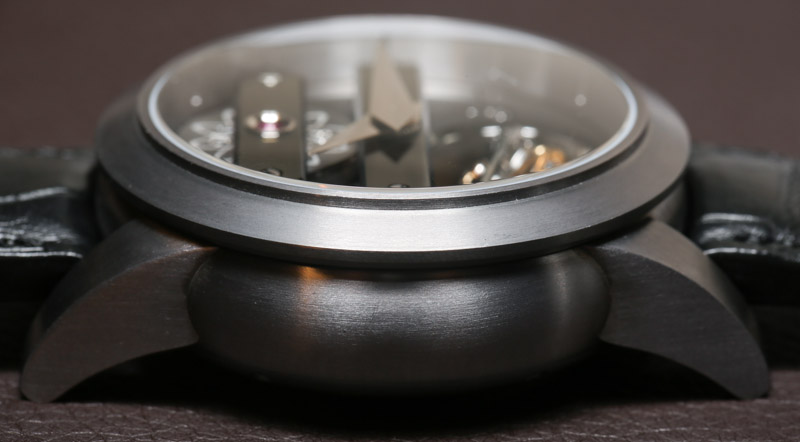 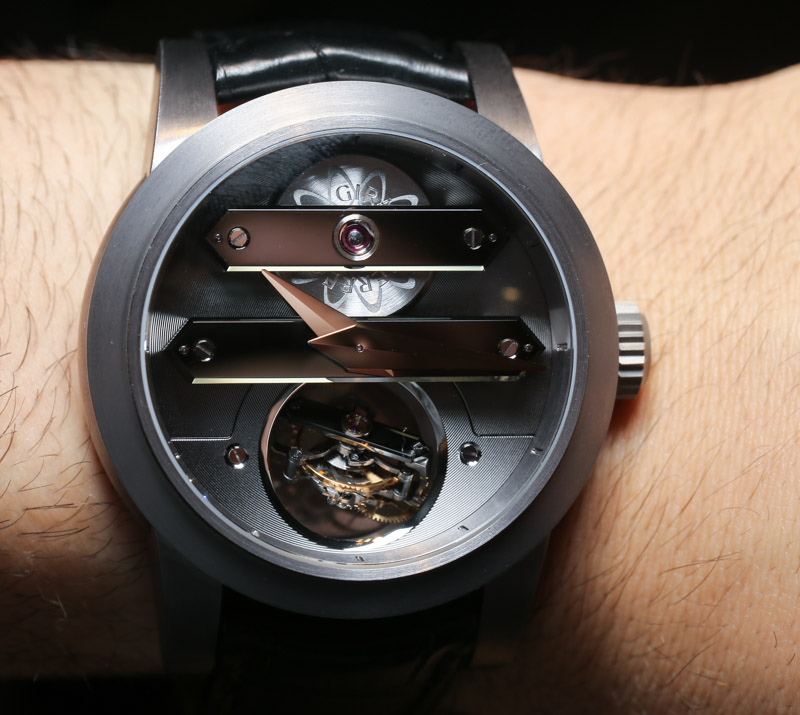 Despite its lovely features, this limited edition Bi-Axial timepiece from Girard Perregaux is so exclusive and so difficult to acquire that I like to look at it as if it was a concept model of a car manufacturer: surely it is just about as impossible to obtain, but there is much more to it than to something which is created to be a main production run. There is additional responsibility to such projects: these have to be the essence of the brand, of what it is capable of doing and of what we are to expect from its more accessible collections. I would like to understand this limited edition as a message stating that the manufacture will continue to stay true to its historical designs, while at the same time being brave enough to embrace the elements of modern watchmaking. Price is $478,500 for each of the 12 pieces. girard-perregaux.com