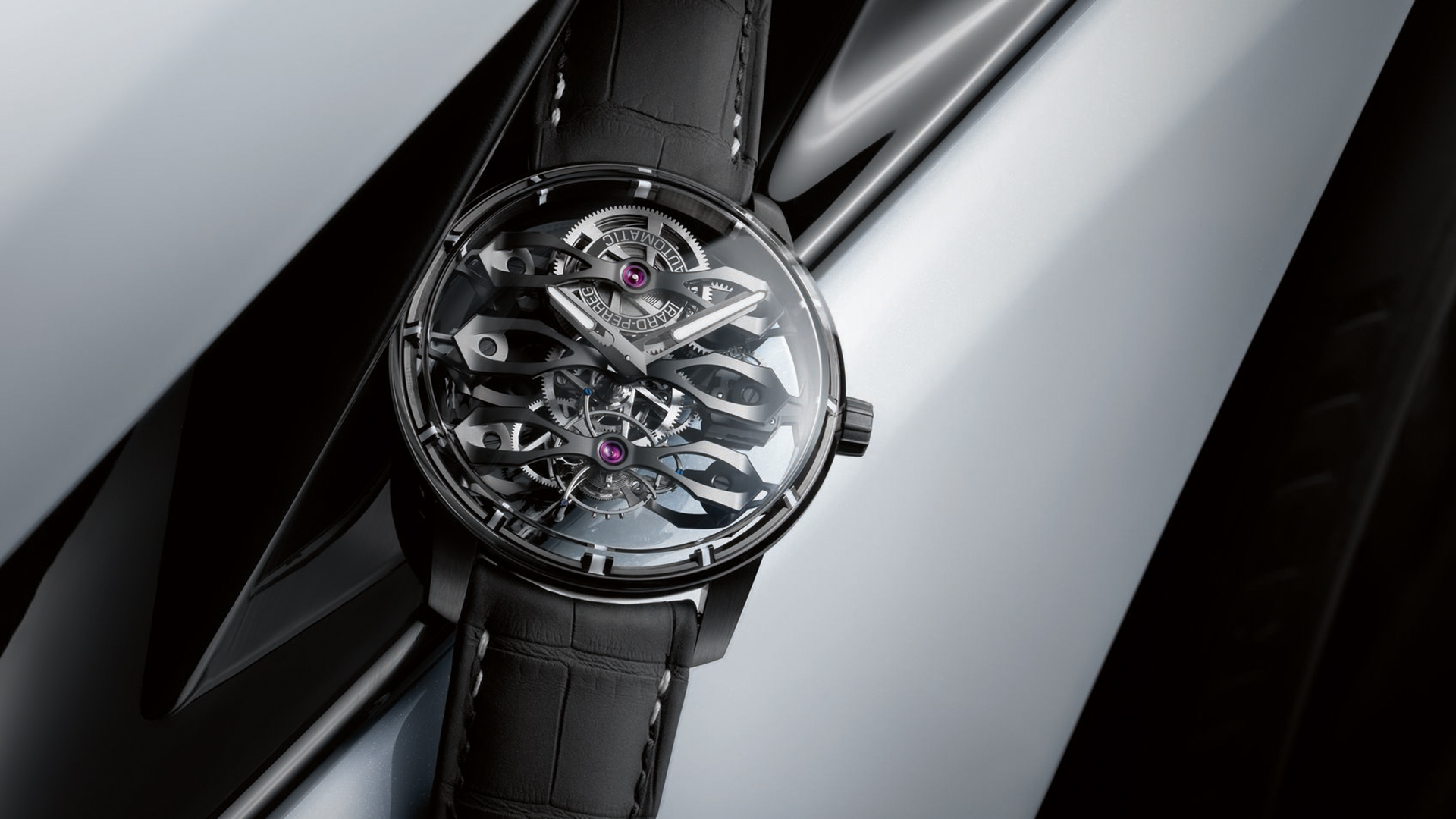 Since the partnership between Girard-Perregaux and iconic British luxury automaker Aston Martin was announced in February 2021, the cooperation between the two parties to this point has been limited to advertising and sponsorship collaborations. As the partnership enters its fifth month, however, Girard-Perregaux has revealed its first commemorative limited edition timepiece designed in concert with Aston Martin, one which plays to the mutual strengths of both marques. Although both companies have proven themselves capable of world-beating performance at times, arguably the most definitive aspects of both Girard-Perregaux and Aston Martin are both companies’ stylish, design-oriented ethos, as well as the blend of both deep heritage with modernist, forward-thinking design. In a recent conversation with aBlogtoWatch founder Ariel Adams, Girard-Perregaux CEO Patrick Pruniaux echoed this sentiment, claiming that the similarities between the two marques’ outlooks “made the partnership easy. [Girard-Perregaux] wanted to work right away with such a sexy, design-oriented brand.” The new limited edition Girard-Perregaux Tourbillon with Three Flying Bridges – Aston Martin Edition reflects this line of thinking spectacularly, with an intricate and sculptural design-forward philosophy that presents as more luxurious and lifestyle-oriented than the sporty chronograph releases that tend to dominate automotive brand partnerships. 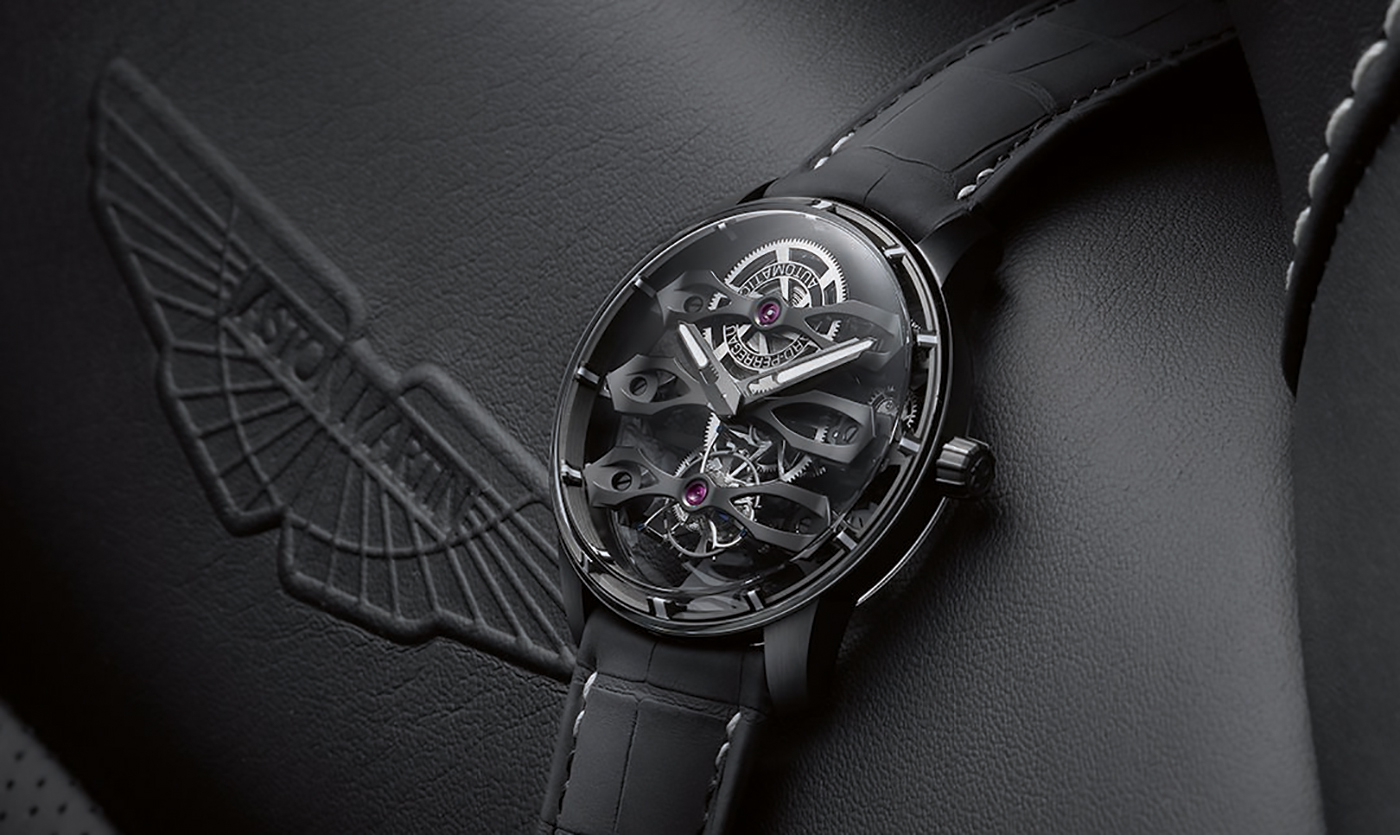 Although the 44mm black DLC-coated Grade 5 titanium case of the Girard-Perregaux Tourbillon with Three Flying Bridges – Aston Martin Edition may seem simple at first glance, the brand embellishes the design with unique, almost architectural detail. The overall case profile is elemental, with gently curving downturned lugs and a flat-sided cylindrical mid-case topped with a small signed pillbox crown. Where things take a turn towards the unique is the bezel – or rather, the lack thereof. The tall box sapphire crystal stretches out all the way to the sides of the case, but Girard-Perregaux creates a frame for the dial with a more unorthodox solution. Instead of an external bezel, the brand uses the unique shapes of the hour indices to create a visual border for the dial, forming tall and angular buttresses against the sapphire crystal. It’s a visual solution that may not work for all tastes, but undoubtedly shows unique perspective and a sense of creativity. A matching box sapphire crystal forms the watch’s caseback, with serial numbers and reference information etched into the vertical outside edge. While striking, this high-visibility solution suffers for durability, offering only 30 meters of water resistance. 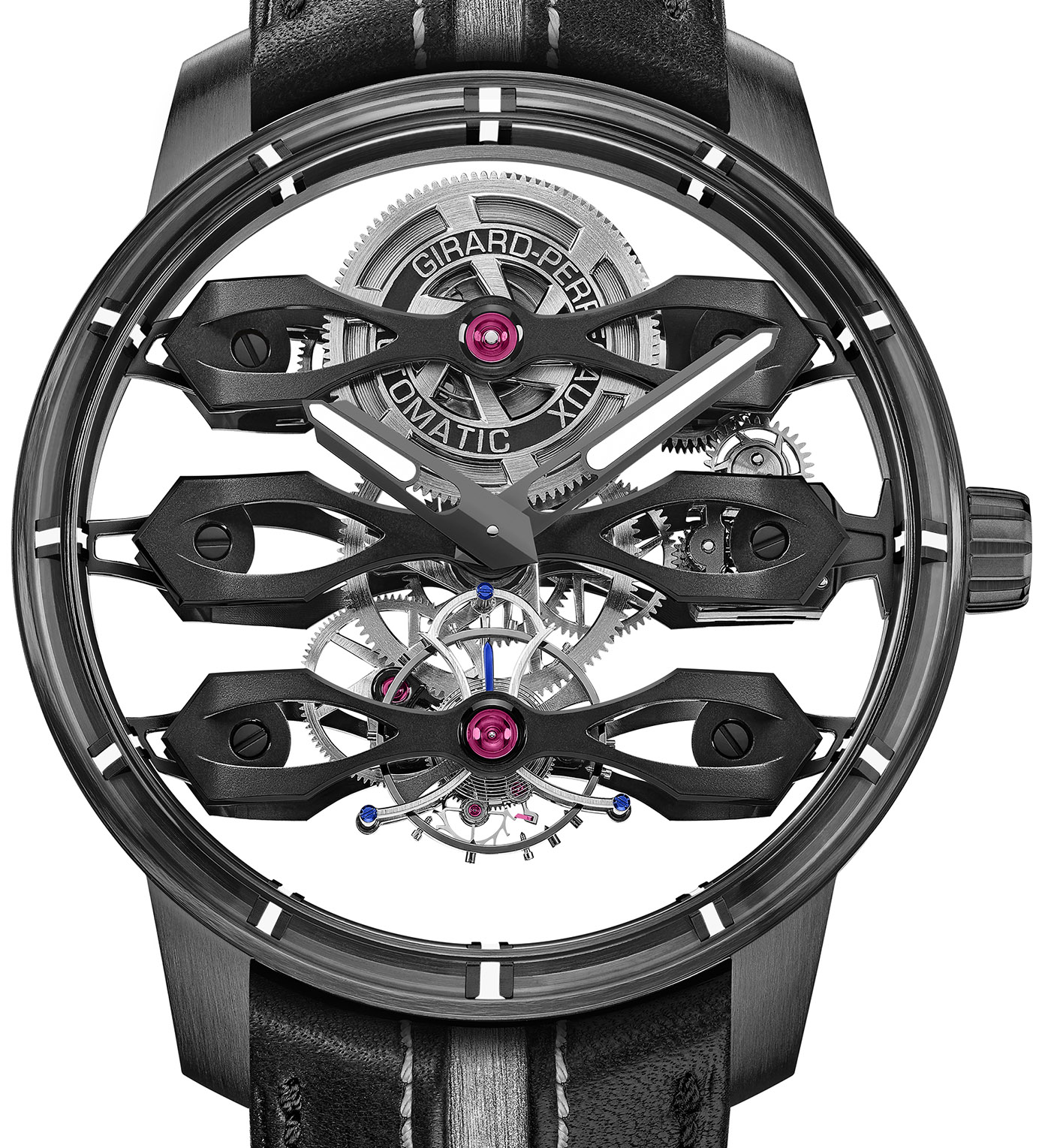 With the stylized, almost floating skeleton movement layout of the Girard-Perregaux Tourbillon with Three Flying Bridges – Aston Martin Edition, the watch has no real dial in the traditional sense. Outside of the aforementioned buttress hour indices and the futuristic notched skeleton sword handset, everything under the expansive crystal is the movement itself. The trio of sculptural, flowing arrow-shaped bridges that make up the backbone of the watch’s design is a familiar motif for Girard-Perregaux, and the brand contrasts these modernist black PVD coated forms with deeply traditional touches. For example, the 6 o’clock tourbillon that forms one of the focal points of the dial uses the lyre-shaped cage shared by all Girard-Perregaux’s tourbillon models since the 19th century. The other major visual anchor for this skeleton movement is the mainspring barrel at 12 o’clock. While exposed mainspring barrels are a mainstay of skeleton designs, offering both a look into the power source of the movement itself and acting as a rudimentary power reserve indicator, Girard-Perregaux integrates two unique elements into this barrel’s design. The first of these is the integration of a nearly invisible white gold micro-rotor integrated directly beneath the barrel itself, offering the benefits of an automatic movement without detracting from the spectacle of the airy, sculptural skeleton design. The second is a subtle Aston Martin signature, the only visible piece of co-branding on the watch, which is etched into the vertical flank of the rotor and filled with lume. 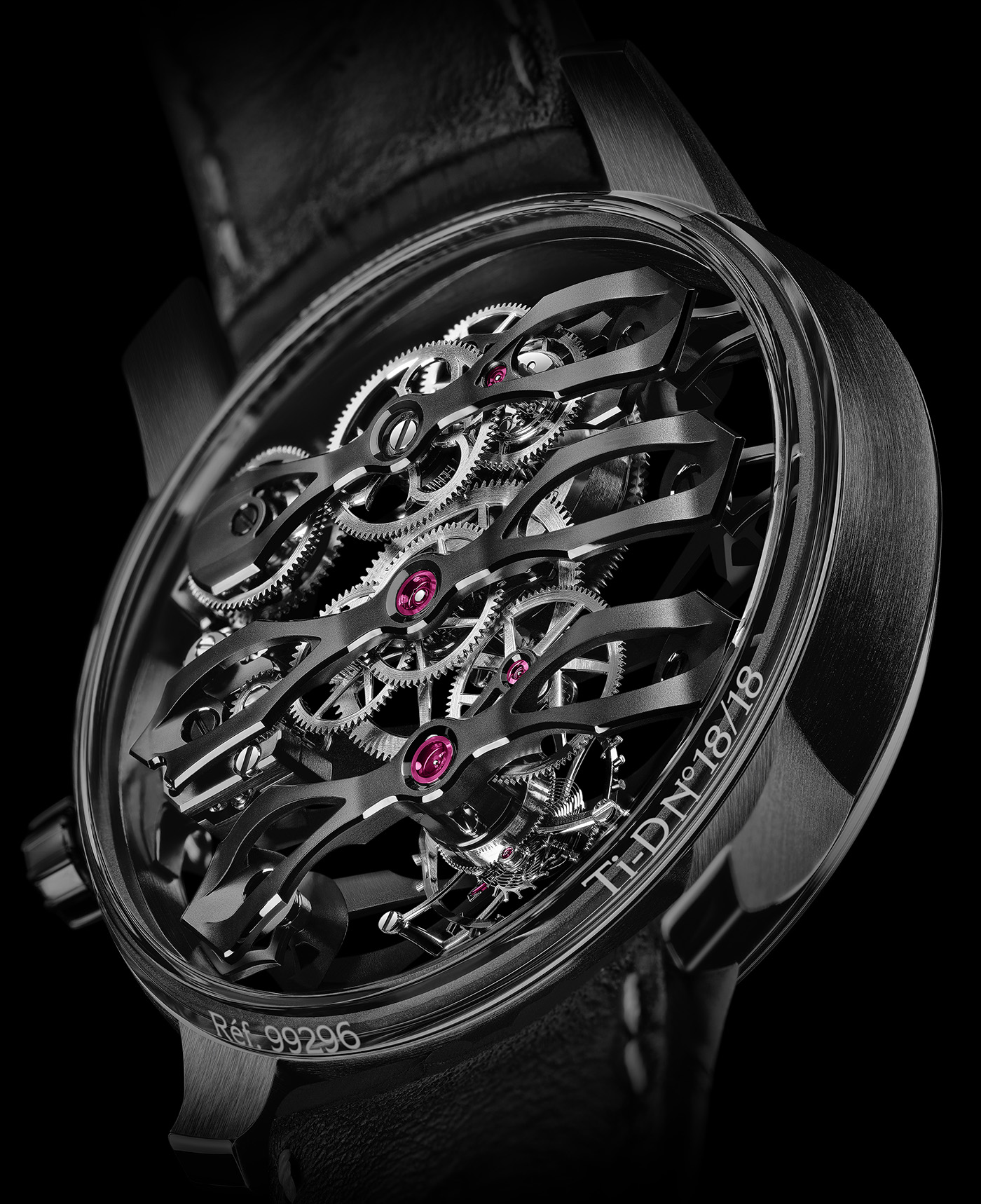 In terms of performance, the in-house GP09400-1683 automatic tourbillon movement inside the Girard-Perregaux Tourbillon with Three Flying Bridges – Aston Martin Edition is less spectacular than its appearance but still solid. The most striking element here is the extremely lightweight tourbillon, with the full 79 component assembly including the cage measuring in at only 0.25 grams. This minimal weight helps to reduce torque requirements from the movement, improving the power reserve performance. The power reserve itself reflects this, offering a respectable 60 hours at a 21,600 bph beat rate. 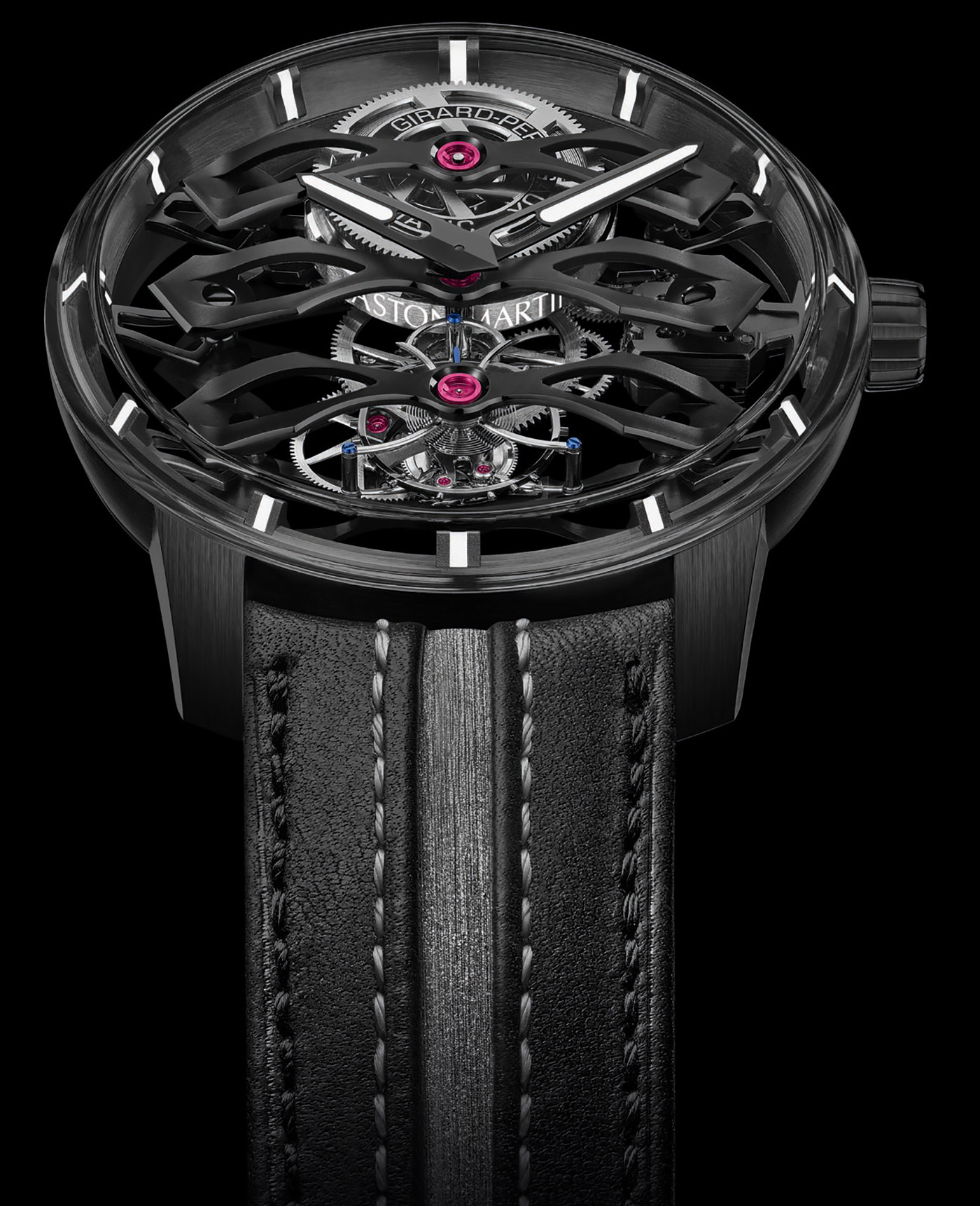 Girard-Perregaux continues the modernist, design-forward spirit of the Tourbillon with Three Flying Bridges – Aston Martin Edition through its strap options. The first of these is a black calf leather strap with what the brand refers to as a “Rubber Alloy” central insert. While Girard-Perregaux is scant with details on how this is created, the insert combines rubber with injected white gold for a proprietary new material. Aesthetically, this central stripe appears remarkably low-key and textured in initial images, but may prove more lustrous on the wrist. For more traditionally minded buyers, the brand also includes a simple matte black alligator leather strap. 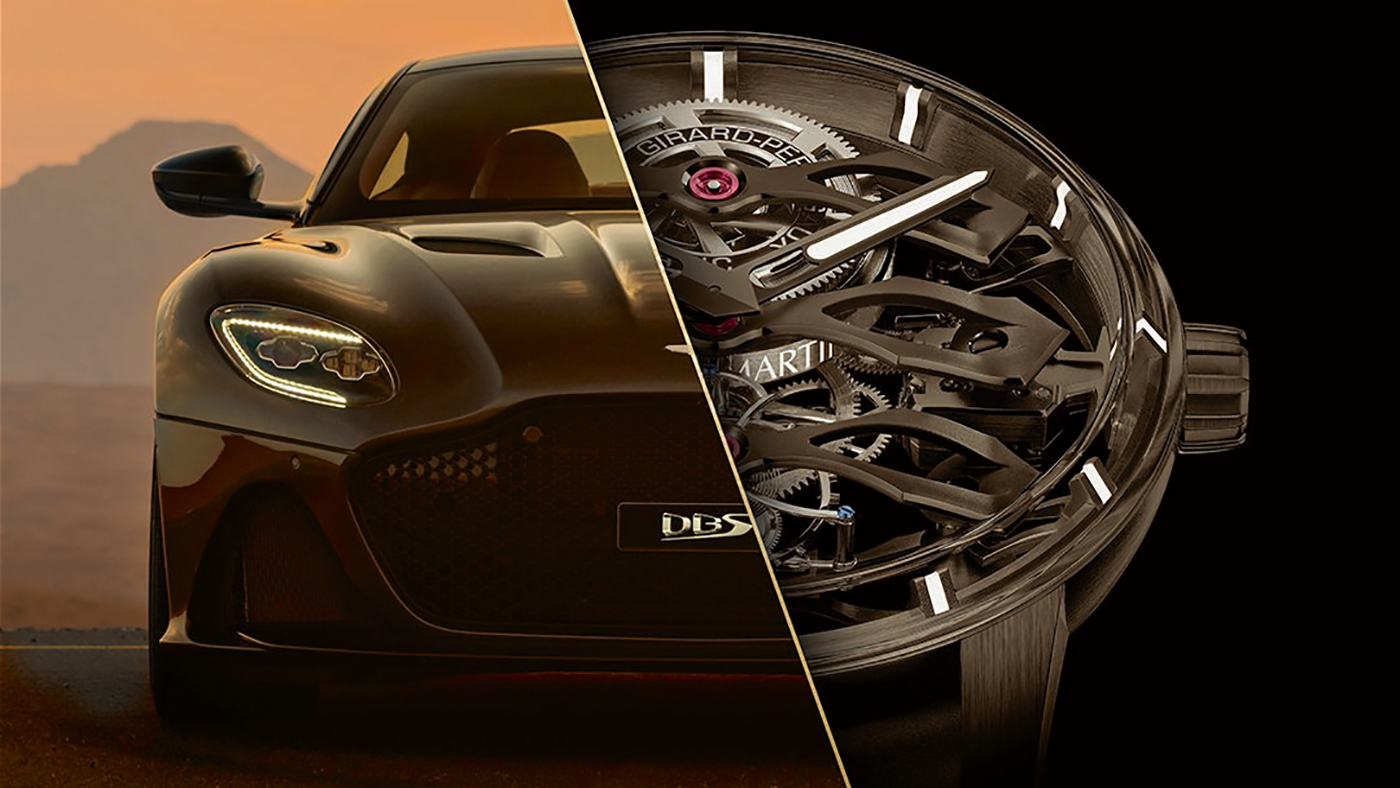