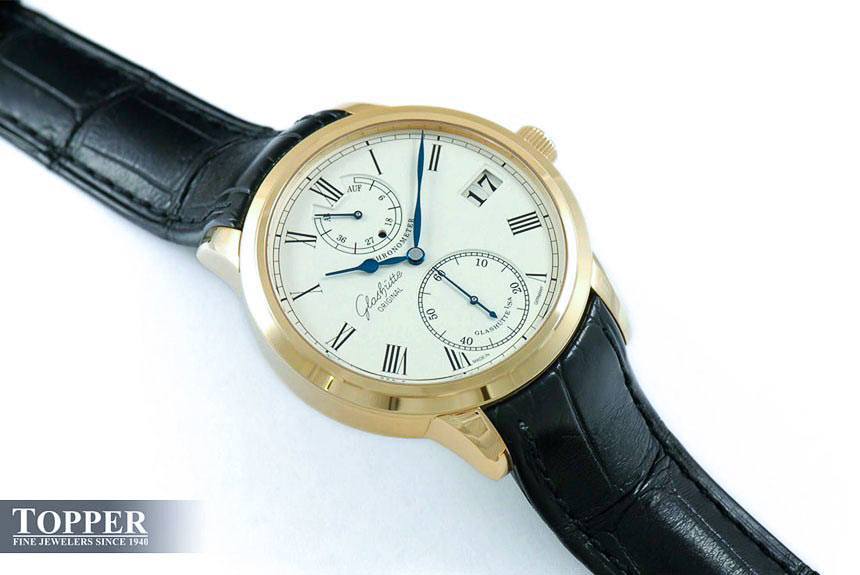 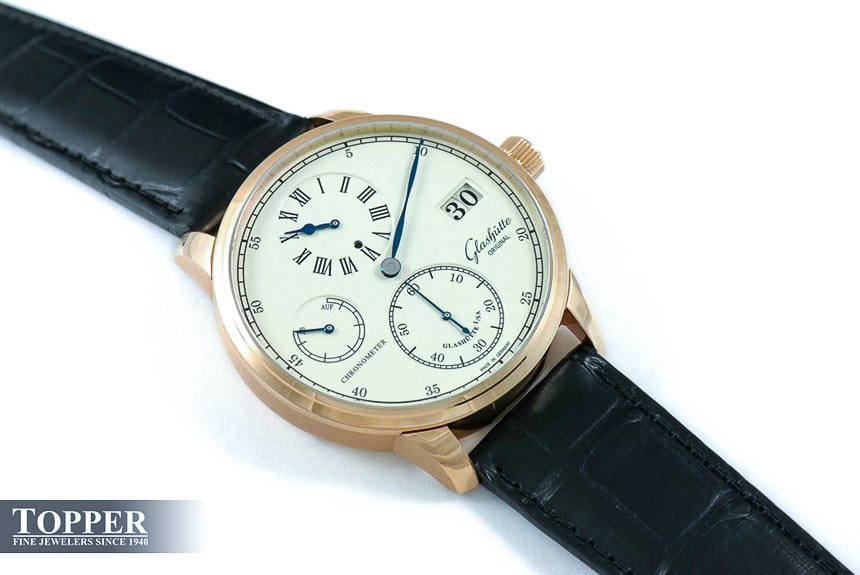 The primary difference between the Glashutte Original two pieces is obvious at a glance: the Regulator only has a centrally attached minute hand while the hour hand is located at a third sub-dial. In order to read the time, one has to look at both counters one at a time, similar to the way that one would read the counters of a chronograph. 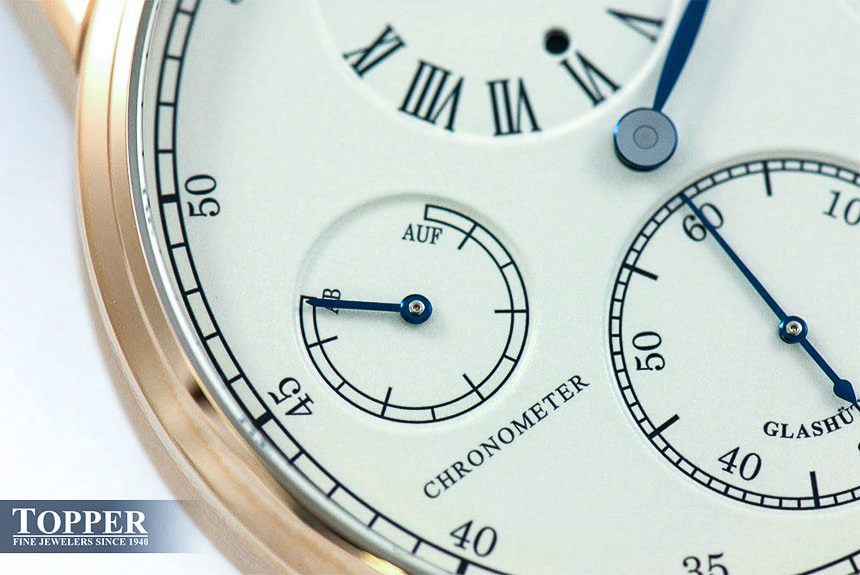 The Glashutte Original Senator Chronometer Regulator features an hour hand sub-dial in roman numerals at 12 o’clock. This is also the location of the day/night indicator pictured just above the Roman Numeral VI 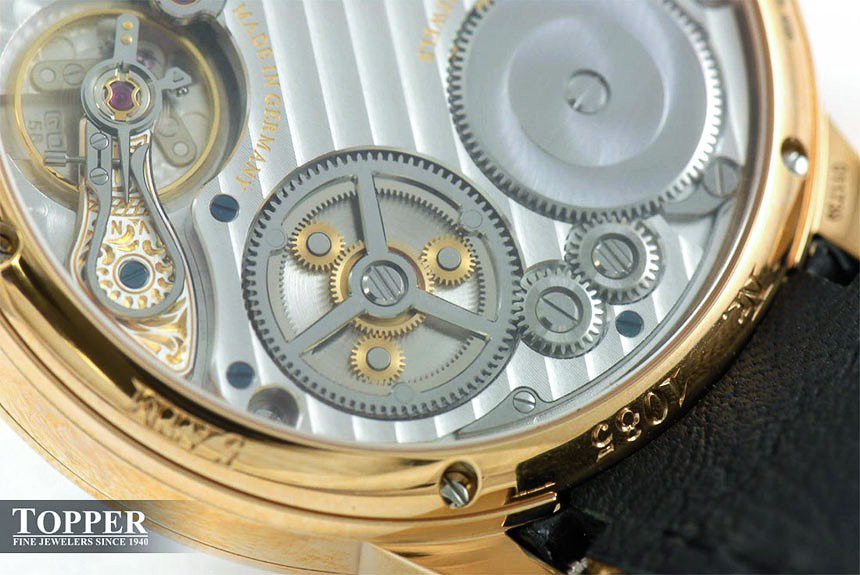 The case backs and movements of the two Glashutte Original Senator Chronometers look nearly identical. This one is the “original” Senator Chronometer. The manual wind watches lack of a rotor provides an uninhibited view of their hallmark swan-neck regulator.

One of the most impressive features of both Senator Chronometers is the way the time “Zeros Out.” When you pull the crown out, the second hand of the watch resets. When you adjust the minute hand, the movements are precise and exactly on the minute. Instead of approximating the minute hand, there are exactly sixty choices.

Both watches also possess other advanced features that include a grand date (which Glashütte Original calls “panorama date”), power reserve indicator, a special vintage dial with a frosted silver plating, and a day-night indicator. 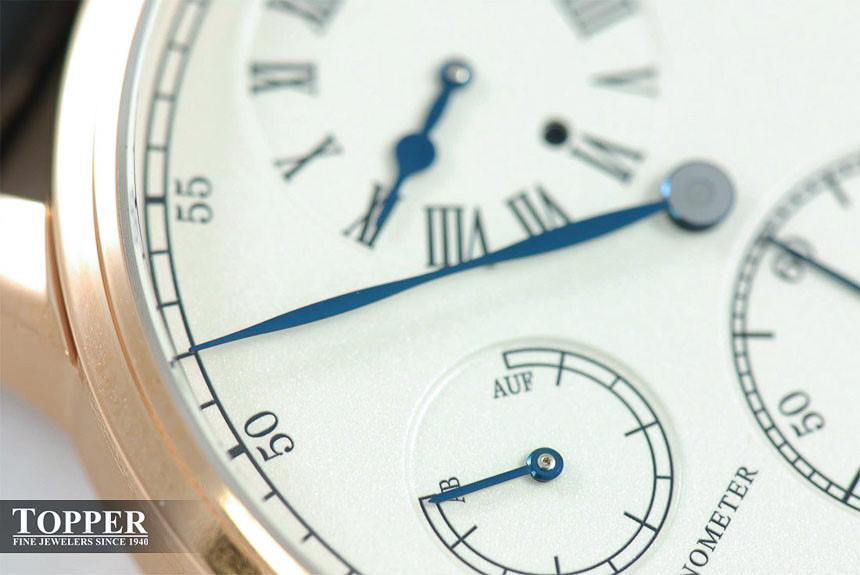 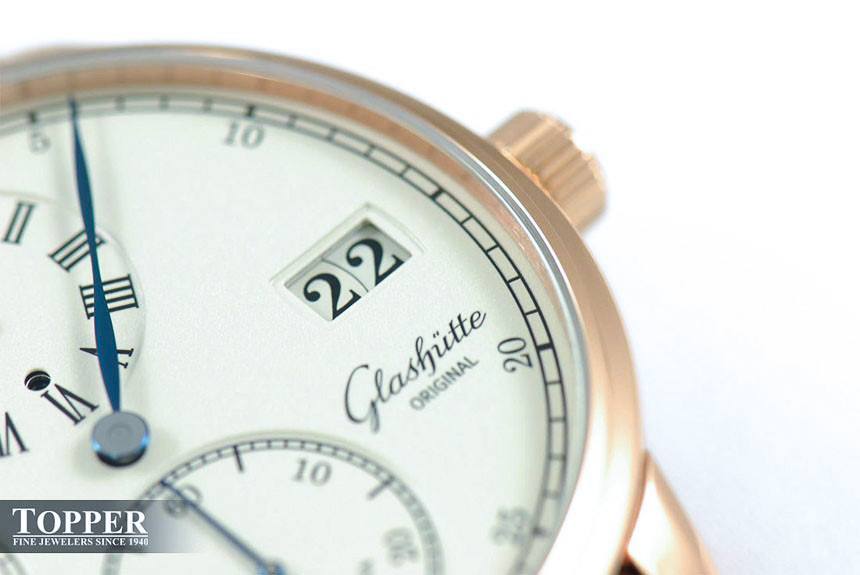 The date wheel on both versions of the Senator Chronometer are a shade of crème that complements the dial.

As to the silver plating, both Glashütte Original Senator Chronometers use a vintage technique called l’argenture grainée. The goal of the finish is to achieve a look that is textured but not distractingly shiny. In order to accomplish this, the following steps are performed. First, the surface of the brass dial is machine-blasted with a mixture of water, chalk, and wood. Then a silver powder and water paste is applied by hand to the blasted surface. 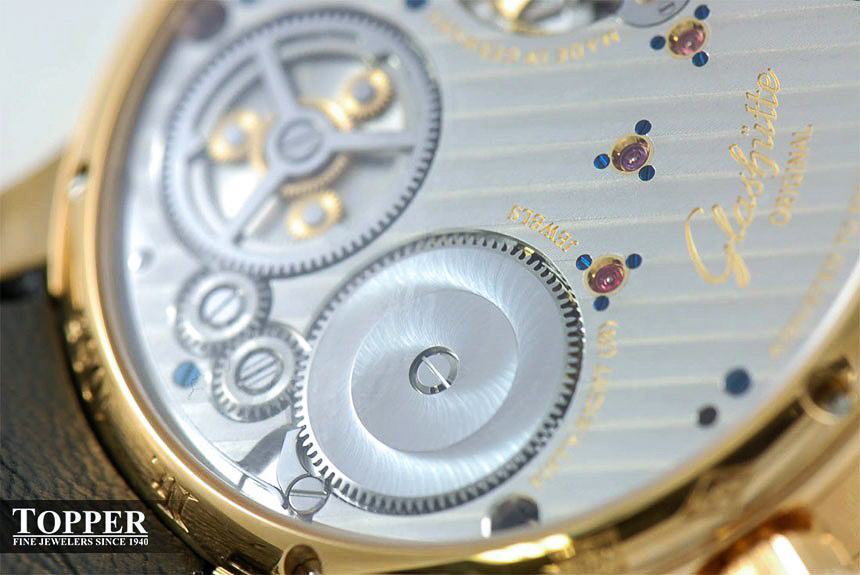 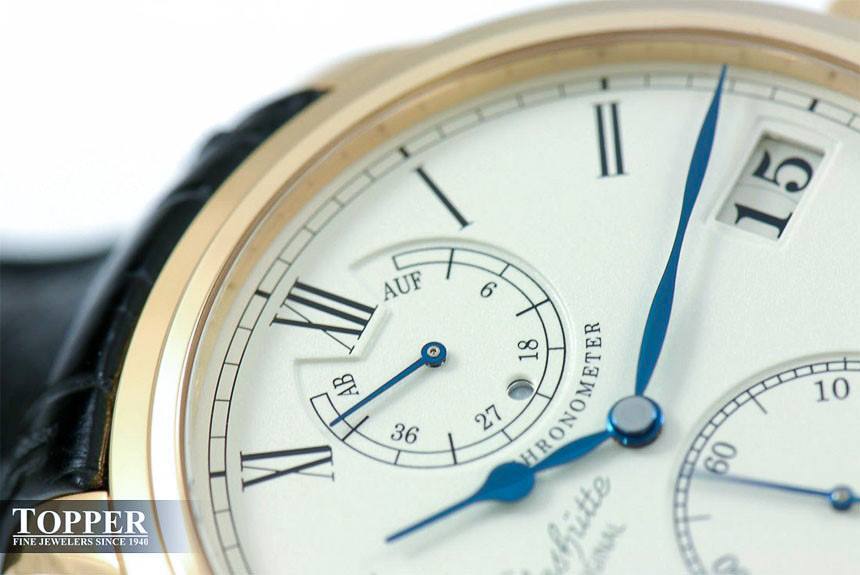 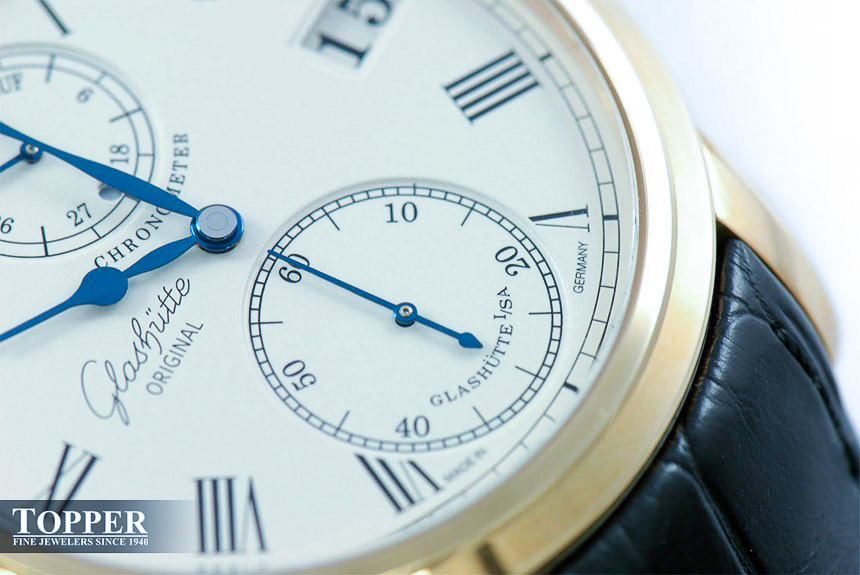 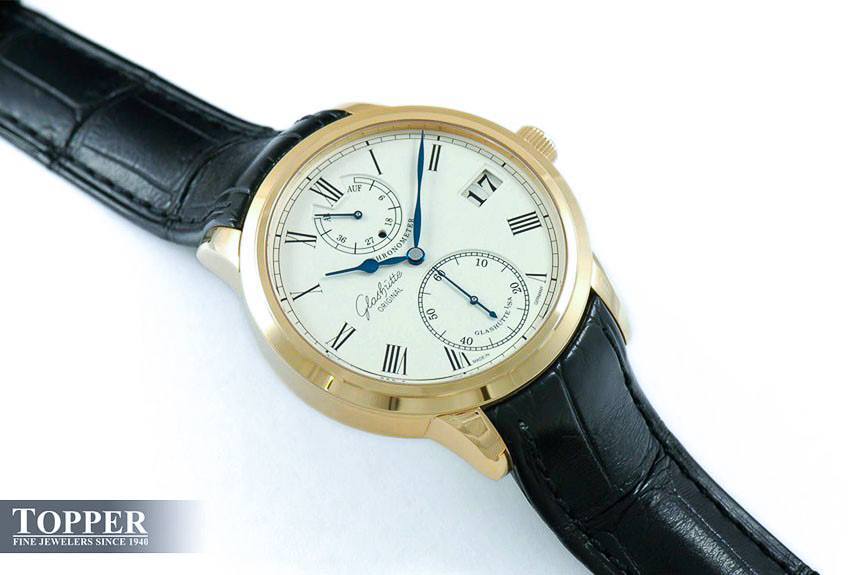