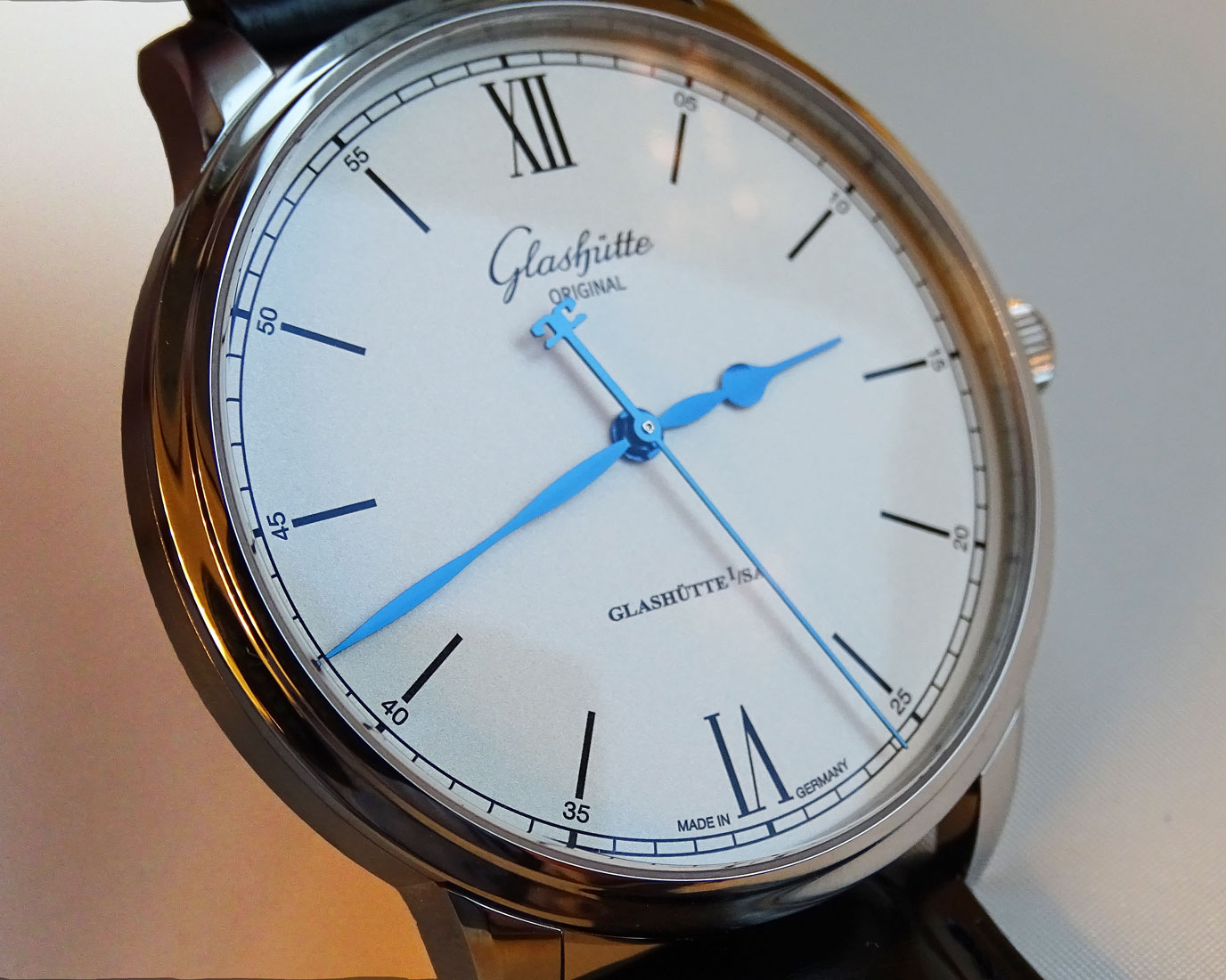 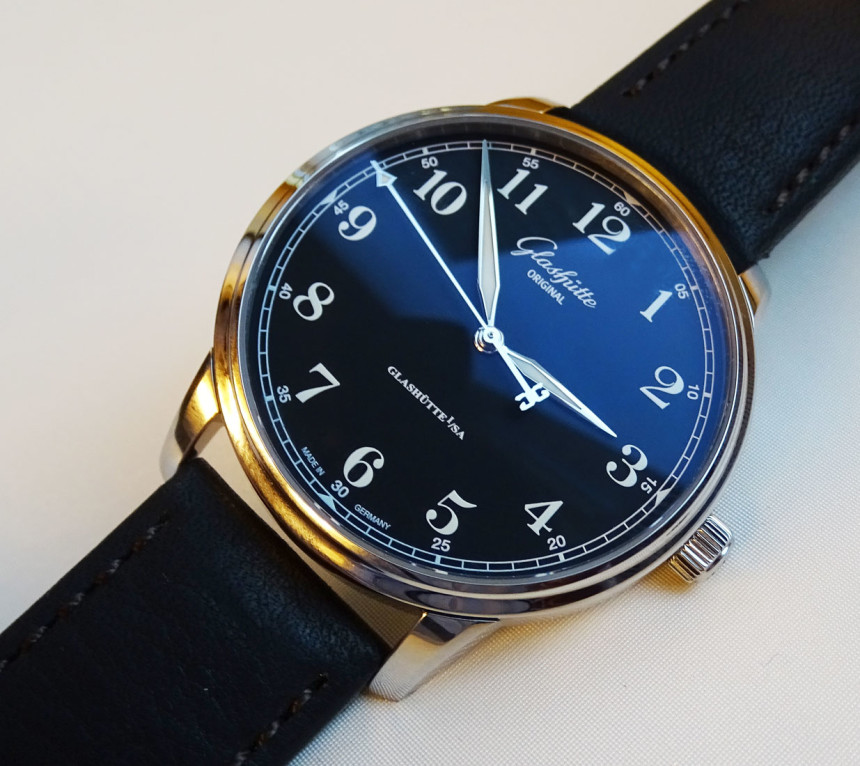 For 2016, German watchmaker Glashütte Original introduces a new base movement they call the Caliber 36, and to start, these in-house-made movements will be showcased in the also new Glashütte Original Senator Excellence collection of timepieces. When a new watch is launched, the attention we dedicate to the movement is usually less than the amount of time we spend analyzing other parts of the timepiece. Unless we are before a remarkable innovation, we rarely go beyond documenting the frequency, the power reserve, or the type of chronograph, because too many techie details are not what the average reader is willing to digest.

However, it is precisely the movement that allows a brand to rise to the enviable status of manufacture, as evidenced by the endless wrangling about what a “manufacture calibre” is or is not. Today, we’ll be looking at the Glashütte Original Senator Excellence watch equipped with the new Caliber 36 core movement. Glashütte’s manufacture has reworked and rethought the requirements of a movement from head to toe and will be using the Caliber 36 as the building block for its future growth. 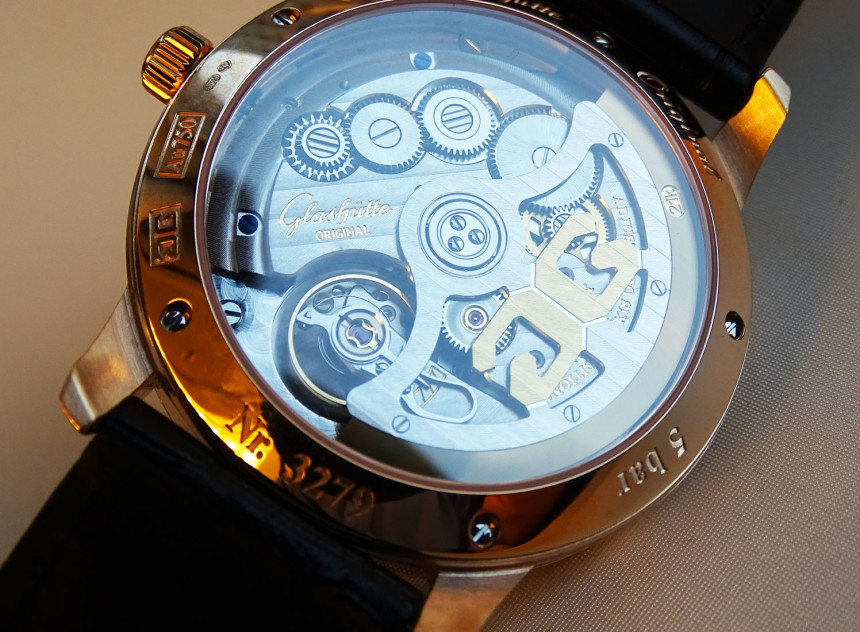 The point of departure for Glashütte Original’s watchmakers was based on the premise that “less is more,” and they were apparently inspired by the words of Antoine de Saint-Exupéry, who declared that: “Perfection is achieved, not when there is nothing to add, but when there is nothing left to take away.” With the Caliber 36, Glashütte Original returns to basics, to the heart of the movement, reducing the number of components and improving their functionality and durability. Caliber 36 is the foundation on which future families will be built based on four fundamental pillars: stability, autonomy, precision, and beauty. The new base movement will become the center of Glashütte Original’s manufacture and serve as the bedrock for the addition of modules.

But before we examine the criteria behind the creation of the new caliber, let’s get to the bottom of the name given to the movement. When asked, “Why did you christen the movement as ‘Caliber 36?’” Glashütte Original CEO Yann Gamard defends the choice: “Just because; we have a random way of naming movements.”

The development team at Glashütte Original (affectionately, “GO”) prioritized stability in the movement because stability is, after all, the prerequisite for precision. The first challenge was to determine the optimum size for the pieces of the caliber (baseplate, bridges, gear train, etc), and the second was to reduce parts susceptible to wear and tear that would consequently affect the chronometric performance of a watch. 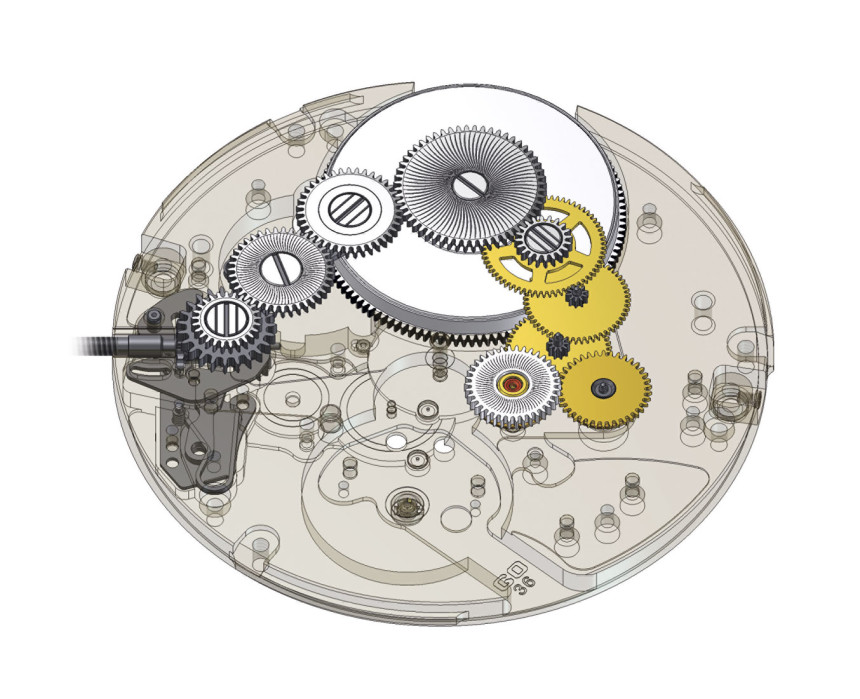 In a standard caliber, the oscillating weight (or rotor) transmits kinetic energy to the mainspring via two reduction wheels activating the ratchet wheel, which in turn tenses the mainspring. The difference with Calibre 36 is that it is not equipped with a ratchet wheel or a detent click and relies on a system of three wheels positioned at three levels which engage directly with the barrel, functioning as transmitters of energy and as a ratchet. This composition offers a simple, stable, and safe way to enhance performance and reduce the number of components. In addition, the system detains the barrel when the bi-directional rotor stops to prevent the mainspring from releasing its stored energy through the gear train.

With just one barrel and a frequency of 4Hz (28,800 alt/h), the 100-hour power reserve of Caliber 36 is more than respectable. Thanks to a joint collaboration with Nivarox, GO has created a smaller barrel arbor. The reduction in size of the arbor allows for more turns of the coil and additional space to tense the 680mm mainspring made from Elinflex, a special material made by Nivarox. The development of the barrel was undertaken by GO, and the mainspring was developed by Nivarox which might signal future collaborations with other watch brands within the Swatch Group. 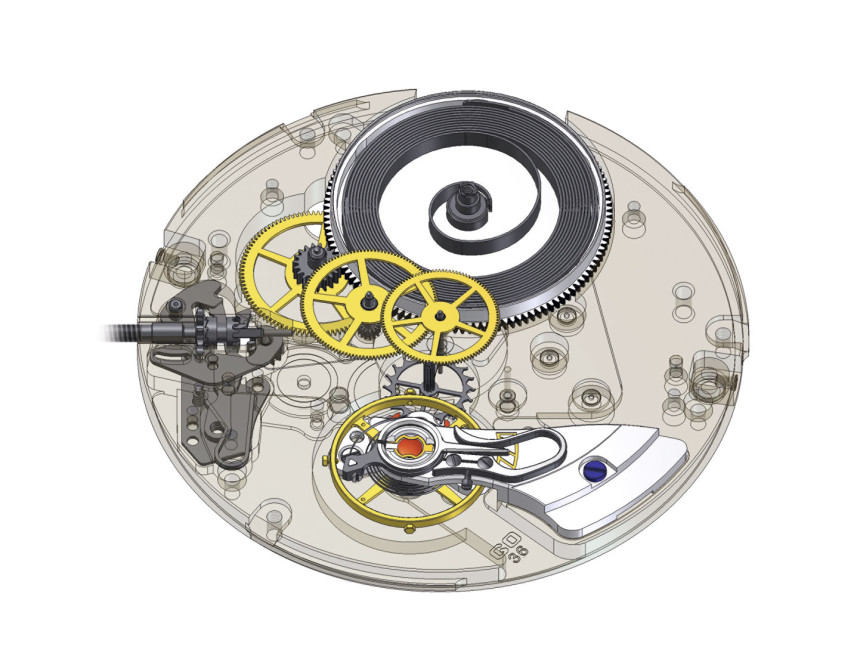 The gear train has also been redesigned, and the geometry of the teeth revisited to eliminate friction. Even with the incorporation of complication modules on the base movement, in the future, GO promises to maintain the same robust 100-hour power reserve, which is quite something.

The precision of Caliber 36 is the result of the interaction of various elements starting with the consistent and frictionless functioning of the mainspring, followed by the redesigned gear train and the new regulator-free balance wheel, which combines the balance wheel of Calibre 36 with the benefits of a hairspring made from silicon. Silicon is a lightweight material, unaffected by changes in temperature, resistant to corrosion, anti-magnetic, and ideal for maintaining the isochronism of a movement. What’s more, the formula can be replicated, and identical units can be obtained in serial production. Caliber 36 presents the first balance wheel of the manufacture to be regulated in 6 positions, an additional position to what is required in chronometry tests. 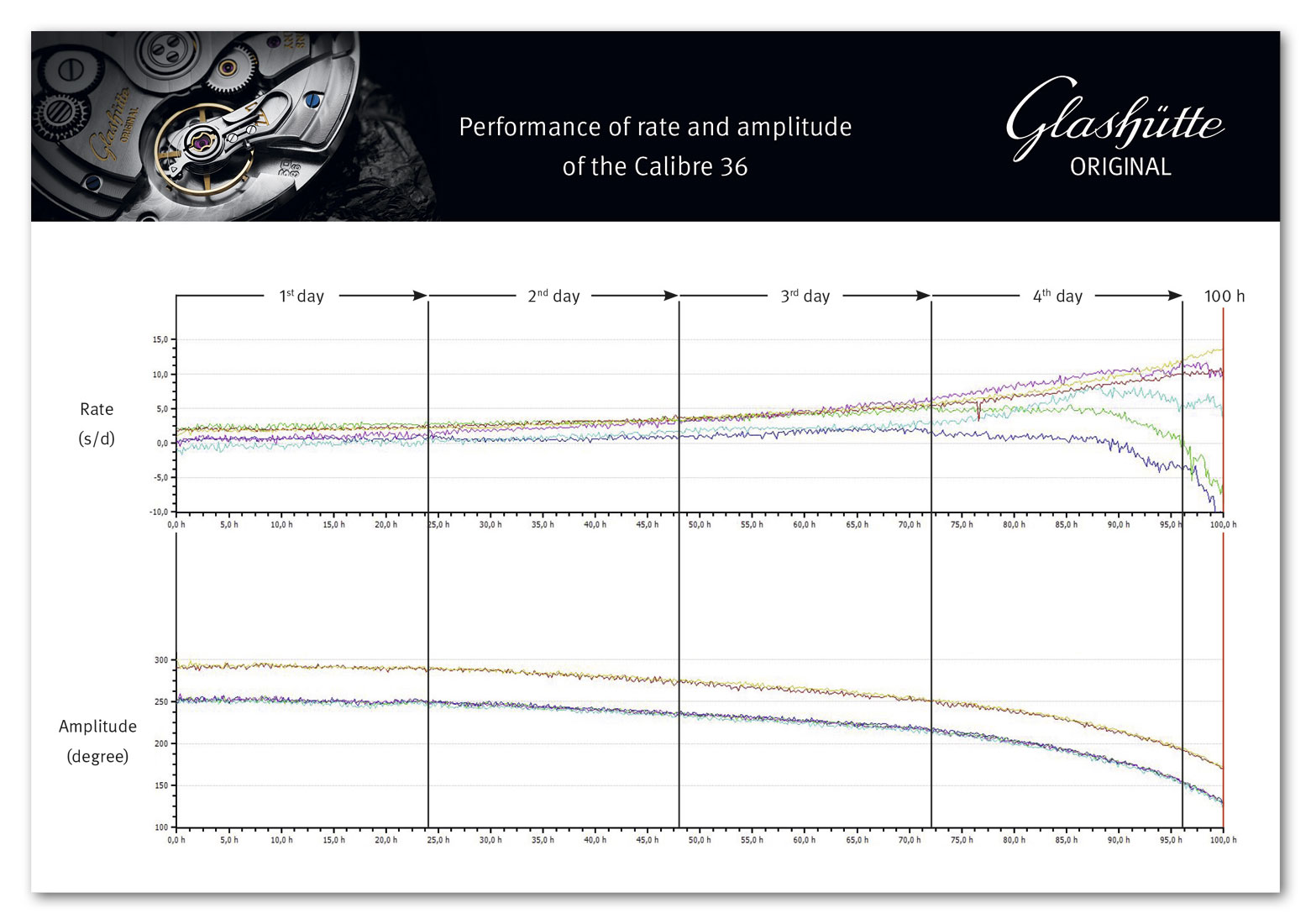 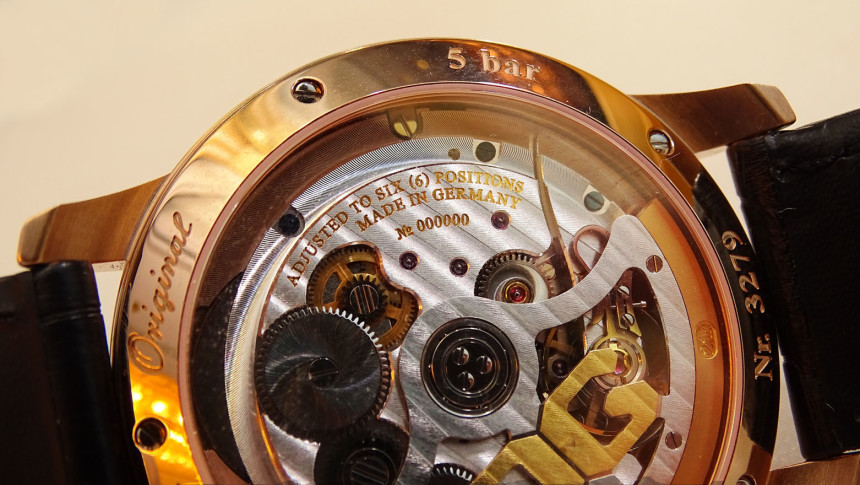 The caliber is decorated according to Saxon watchmaking codes: the ¾ baseplate features classic Glashütte stripes, blued screws, bicolor galvanised engravings, a swan neck regulator, and beveled and polished edges, as well as the rotor with the iconic double G and a solid gold border. The gears are polished and decorated with a sun ray pattern, and the reflector under the balance wheel is also decorated. Naturally, all the embellishments are done by hand. The construction of the calibre has also been built with future maintenance in mind, making periodic revisions simple and cheaper to undertake. 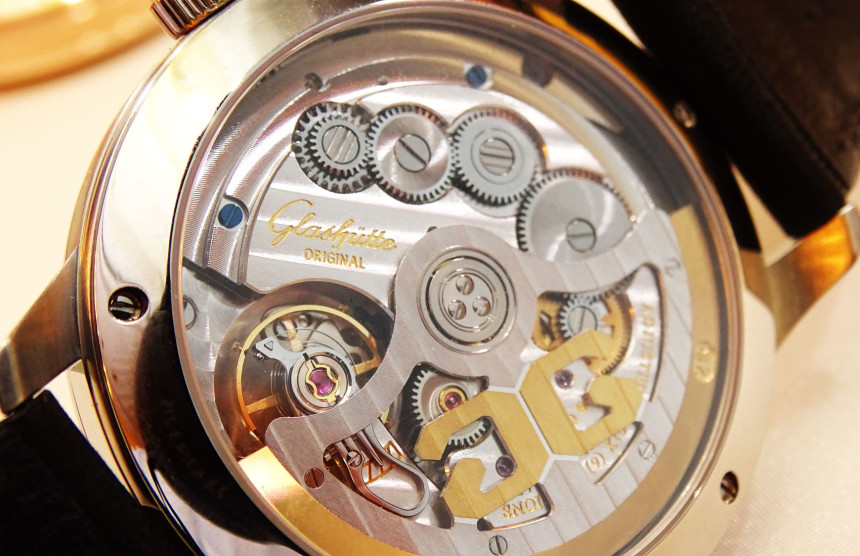 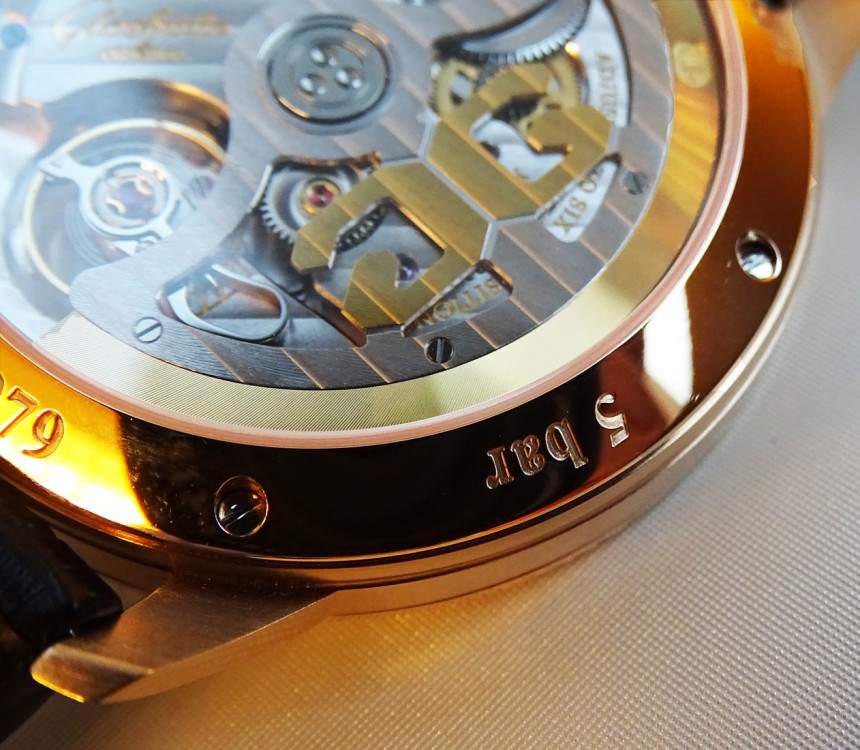 The movement – comprised of 180 parts with a diameter of 32.2mm x 4.45mm – is assembled in a case with a bayonet mount, similar to that found in a camera lens. The three protrusions on the side of the case fit directly into the three grooves of the movement. By twisting it 50 degrees, the movement snaps into the case safely and simply, and furthermore complies with the German standard DIN 8308 for shock testing. Caliber 36 is really great news for the manufacture and for those of us who love Glashütte’s products – and we are keen to see new developments in the future. For now, let’s take a closer look at the first watch fitted with the new caliber. 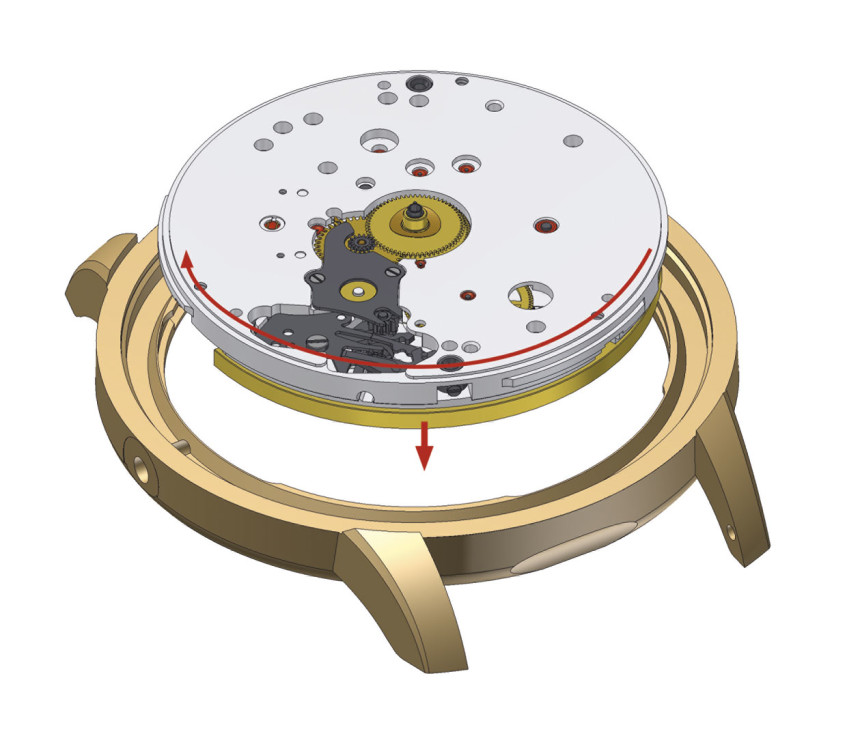 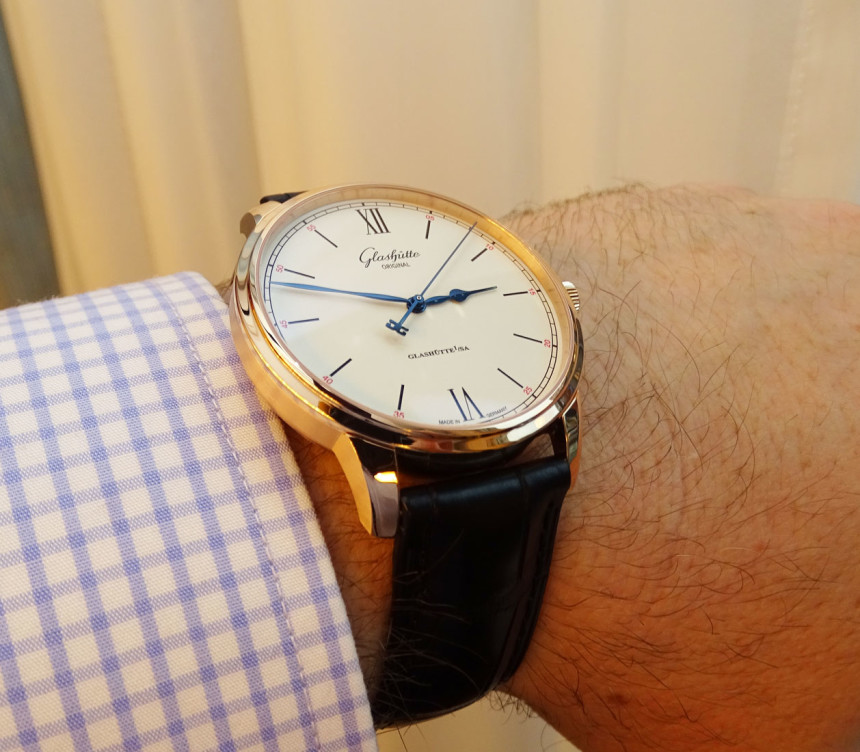 The new Glashütte Original Senator Excellence displays the genetic traits of its Senator family with a 40mm case and the slightly curved sapphire crystal glass that has anti-reflective treatment on both sides for optimum legibility. Available in a stainless steel or a red gold case with three different dials, the case features polished and satin-finished surfaces for a touch of elegance and a prominent striated crown bearing the manufacture’s logo.