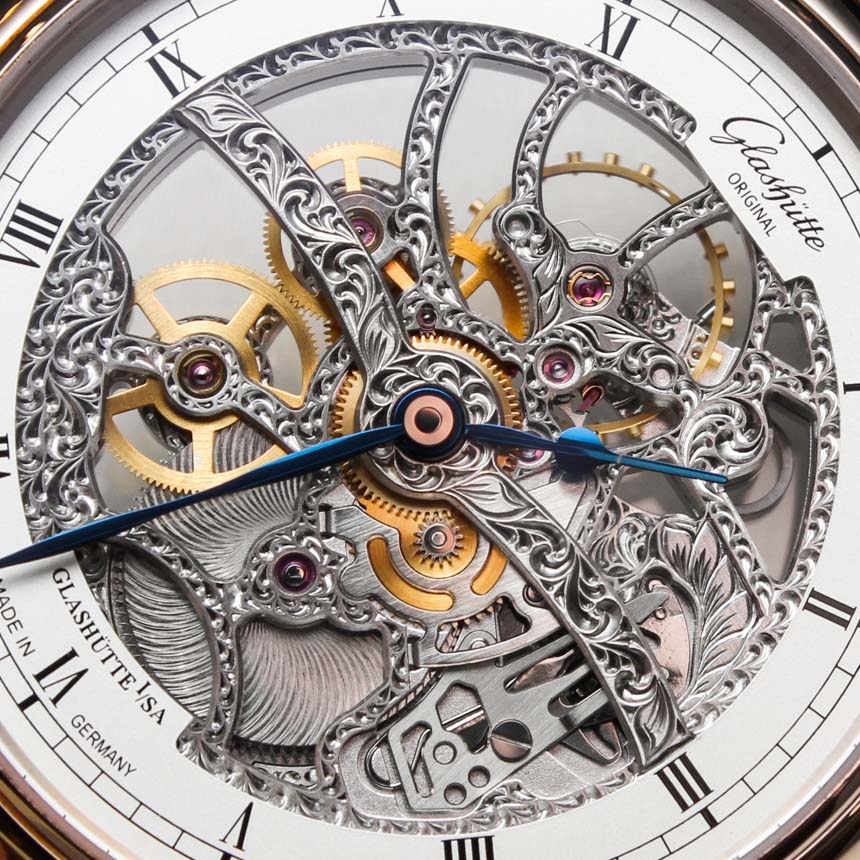 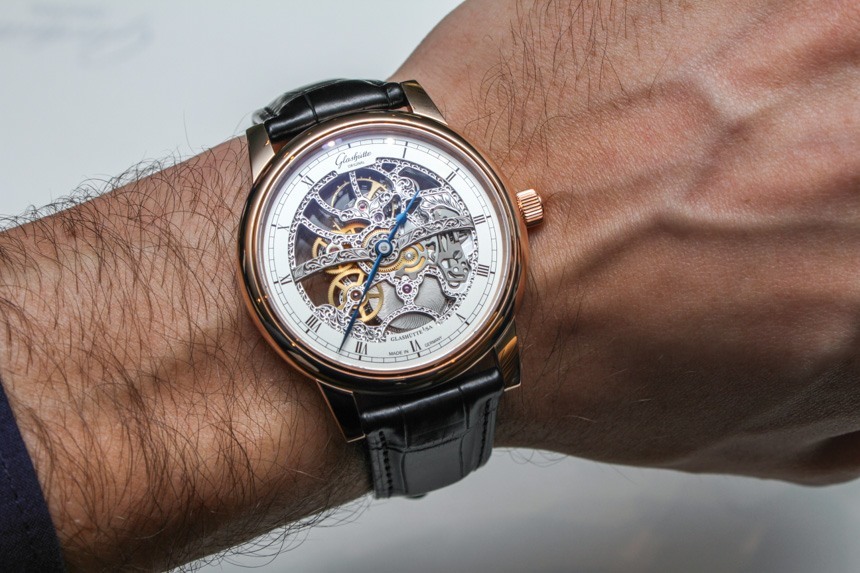 The appeal of a skeletonized mechanical watch can be relatively profound, if you think about it; in a single timepiece, you can enjoy art, conspicuous hands-on craftsmanship, as well as mechanical fascination.  So let’s take a hands-on look at the 2014 Glashutte Original Senator Manual Winding Skeletonized Edition timepiece to consider, not only how the Germans do movement skeletonization, but what these watches are really all about.

I still hate the name Glashutte Original decided to give this Senator watch. For what should be one of the most romantic and playful watches in the current Glashutte Original lineup, they had to come up with a name so lacking in character and inspiration, you feel as though the guy in charge of polishing up the cases during their final inspection was asked to quickly come up with a name for these new pieces. “Glashutte Original Senator Manual Winding Skeletonized Edition” is not only “merely descriptive” in lack of creativity, but saying it out loud results in an awkward, ugly title no where near as attractive as this watch deserves. At least I like looking at it a lot more than I like saying it. 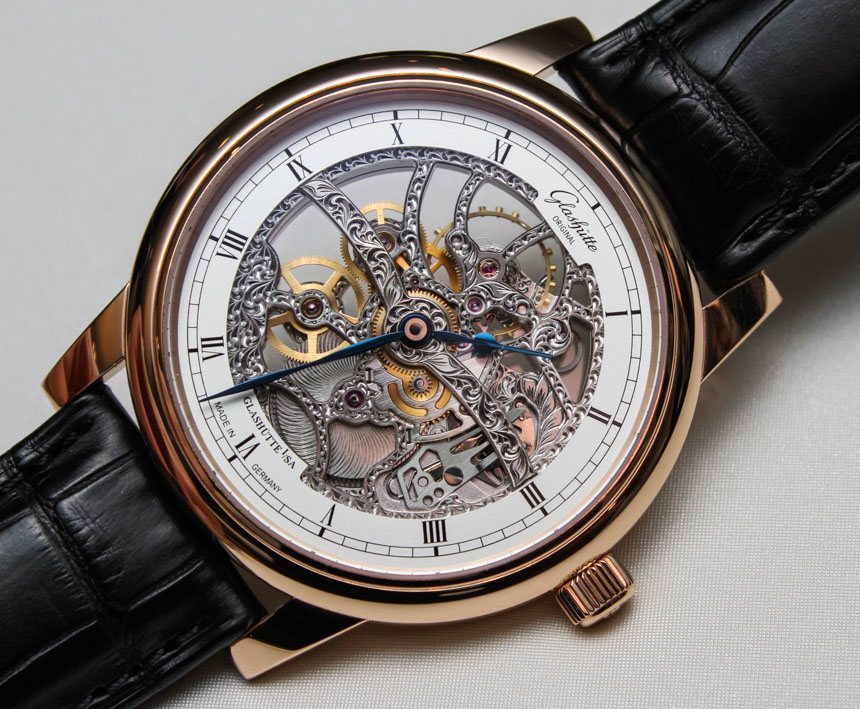 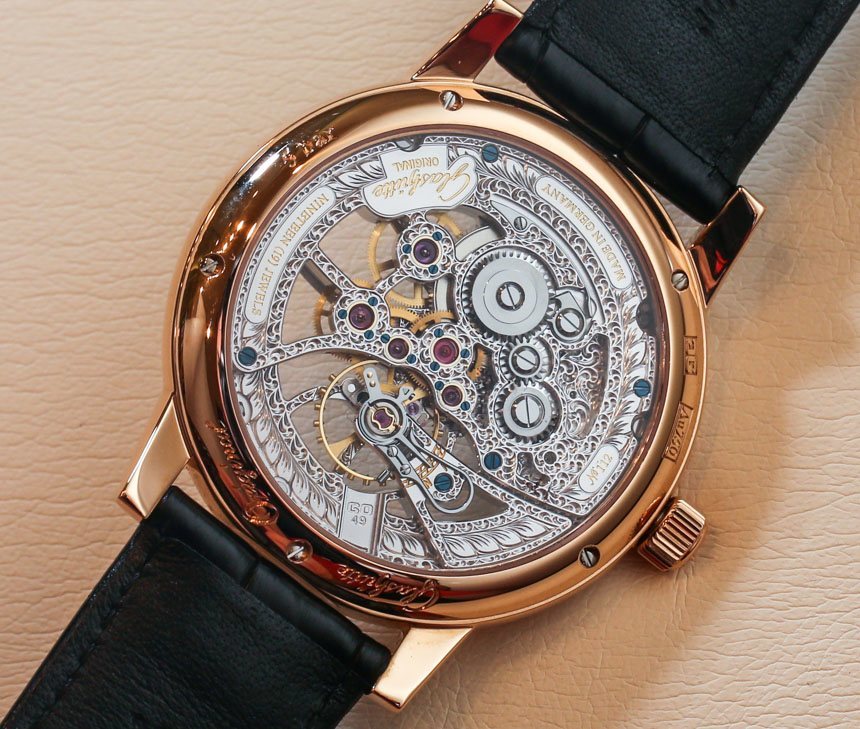 Skeletonized watches often come with a serious drawback, and that is a reduction in legibility.  That means, in exchange for an attractively decorated, open look at the movement, the wearer isn’t able to read the time as well. In some instances, that means the watch dial merely has hands over a skeletonized dial surface, and in other instances legibility is somewhat preserved through the integration of hour markers or a partial dial. For this watch, Glashutte Original opted for the latter. In their “instrument watch spirit,” I think it would have been bad for brand character to make a watch that doesn’t work very well as a watch. 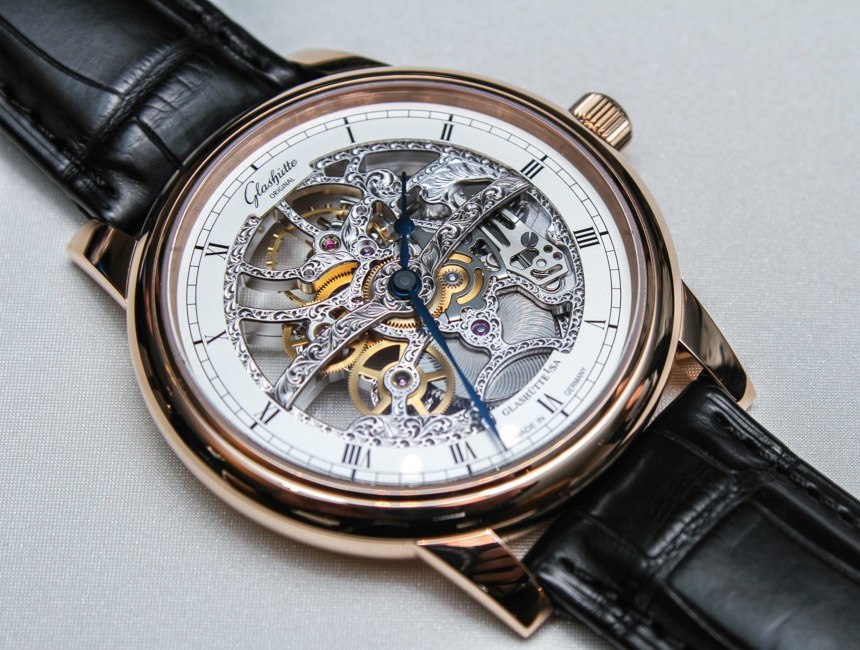 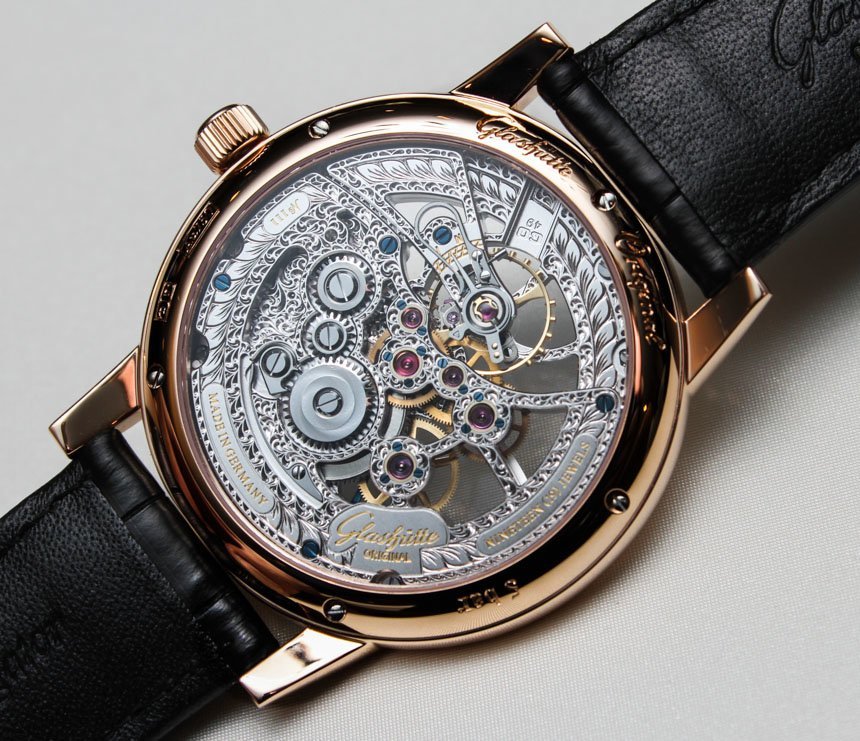 So, what you have around the open look at the movement is a sort of cramped, yet functional, Senator style hour marker and minute ring, complete with blue-steel hands done in a common Senator watch collection style. Even then, it takes some inspection to even classify this watch as being part of the Senator collection, let alone a Glashutte Original. That isn’t a problem per se, but I find it fascinating when a brand comes out with an otherwise fine looking watch that doesn’t necessarily fit within their larger brand character or design DNA. So, in that sense, I see the Glashutte Original Senator Manual Winding Skeletonized Edition as a welcome diversion from what is the norm from Glashutte Original.

Skeletonization is a two-step process, which begins with deconstructing and cutting away at the bridge structure of a movement, and then decorating what remains. For the Glashutte Original Senator Manual Winding Skeletonized Edition watch, Glashutte Original begins with the in-house made caliber 49-18 manually wound movement. This simple, time-only movement makes perfect sense, because it is simple, thin, and has plenty to cut-away, making for a skeletonized experience people want. The movement also operates at 28,800 bph (4Hz), and has a power reserve of 40 hours. 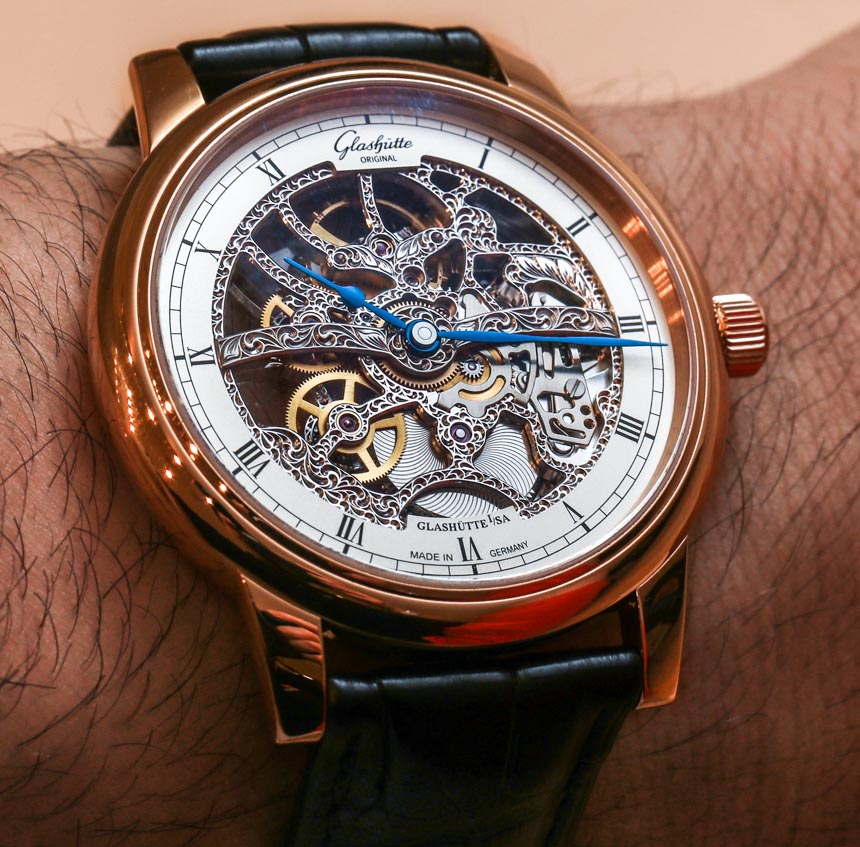 For the most part, watches with skeletonized movements only indicate the time. There is a rather good reason for this, because otherwise the skeletonization would not look very nice. Once you start adding in complications to a movement, two things often happen. First, you start to add more gears and components in a small space, and second, you begin to stack modules or systems in the movement. Skeletonizing then would be difficult, and not really result in the nice “pancake web” that you get with something that is much more simple, such as having just the winding system, regulation system, and gear train for the hands. The Glashutte Original Senator Manual Winding Skeletonized Edition even lacks a seconds hand. 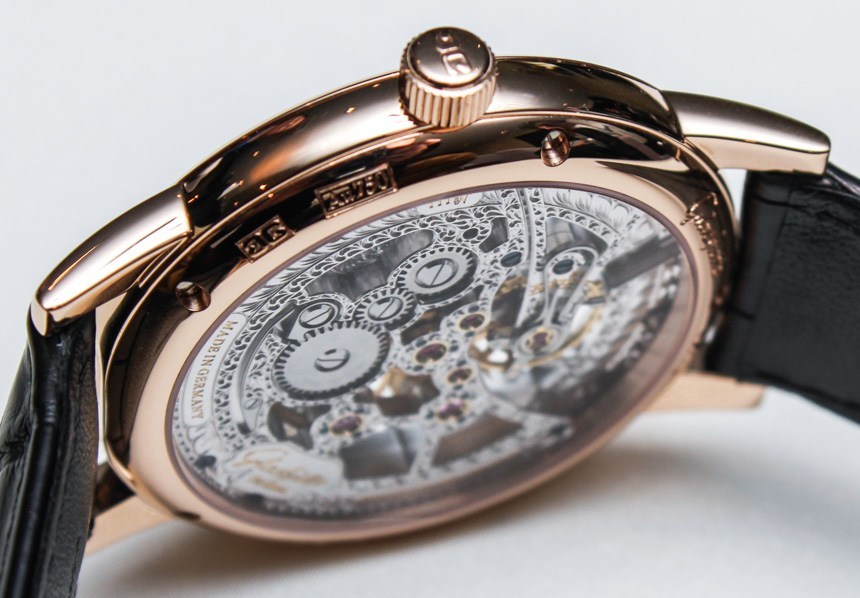