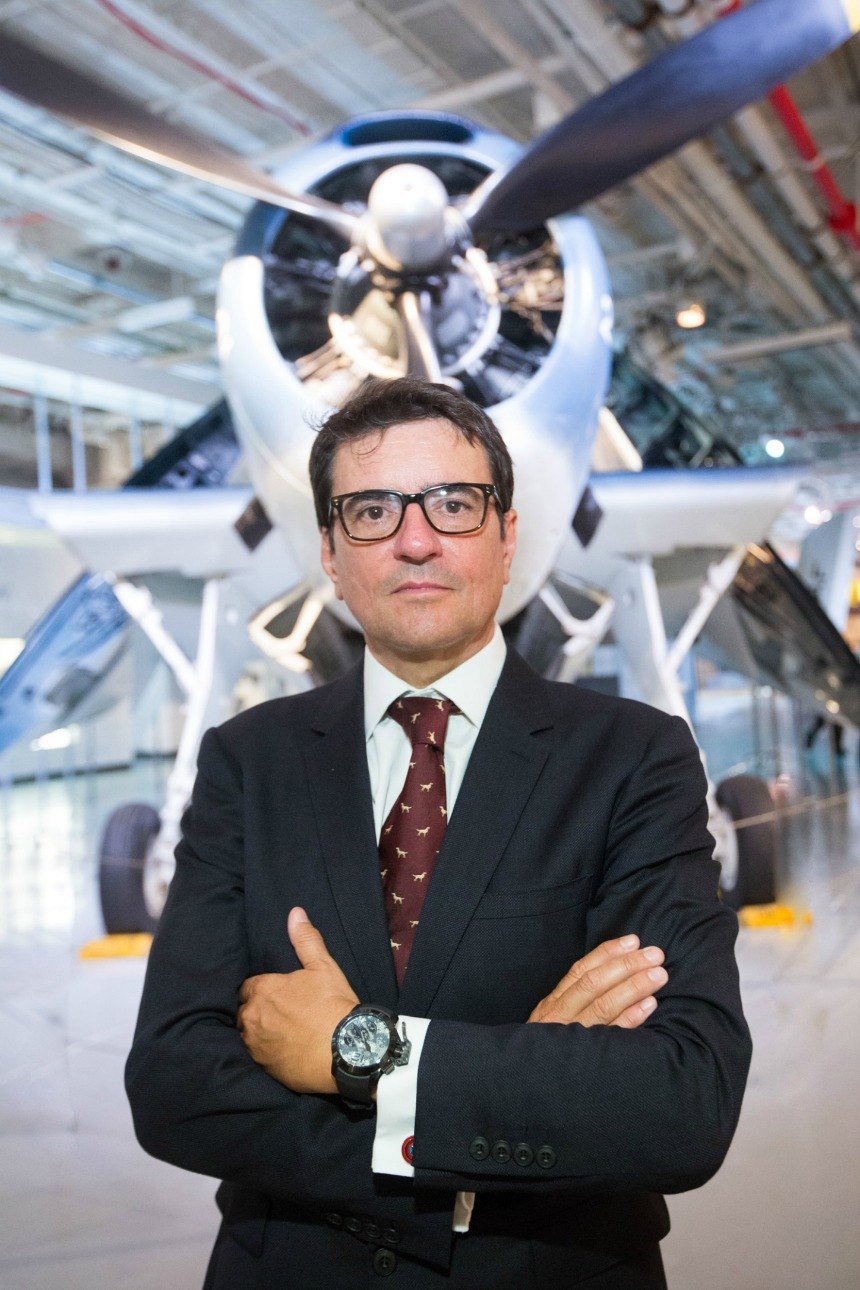 Graham Watches, The Navy SEALs, & The Future: A Talk With CEO Eric Loth 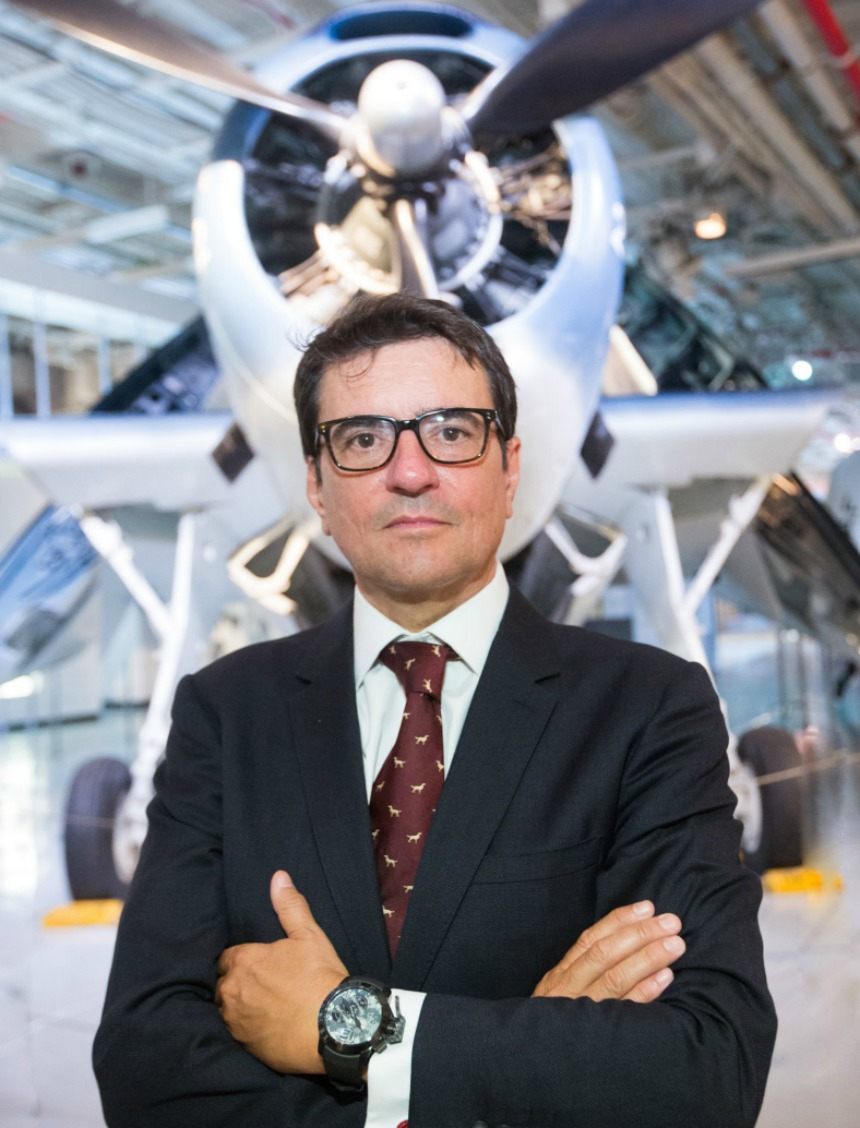 Celebrating the launch of his company’s new limited edition US Navy SEAL Chronofighter watch and partnership with the Navy SEAL Foundation, Eric Loth, CEO of Graham Watches sat down with aBlogtoWatch to chat about the patriotic inspiration behind the new piece, social responsibility, and his “human” vision for the future of the watch industry.

In many ways, the new Navy SEAL Chronofighter (debuted here) which helps support the non-profit organization, stands as a testament to the patriotism and heroism of the US’ most elite military group that has become an inspiration around the world. 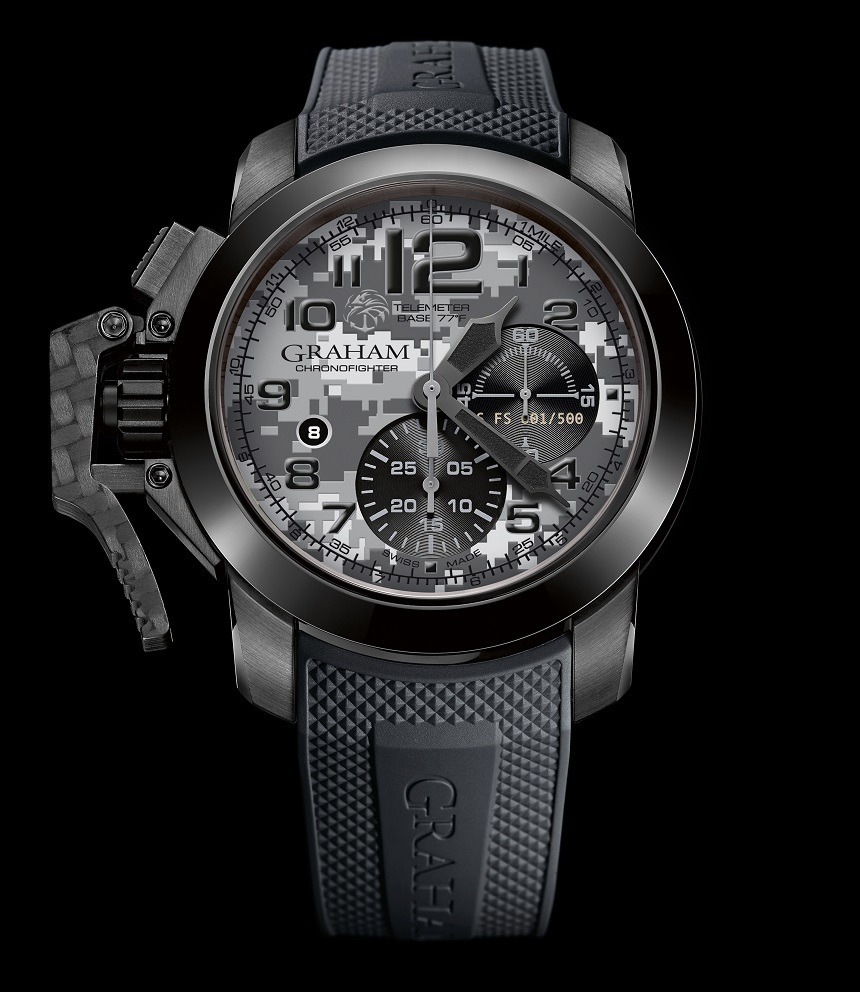 Case in point, Graham Watches CEO Eric Loth, a Swiss citizen himself, is the first one to proclaim that belief, expressing how patriotic and inspired he feels to be working with this organization, humbled by their sacrifice. Behind the scenes, this partnership has been a project he has personally held very close. From his research and efforts to ensure the details in the design were authentic to the organization and intelligently engineered, to his hand in negotiating the deal and building credibility within the intensely private organization, he tells me he was involved at every stage and even began R&D on the piece before the deal was inked to make sure there was enough time for it to be perfected. And success – this marks the first time the US Navy SEALS organization has partnered with a luxury brand for a commercial product. It would seem that Eric Loth’s obvious respect and reverence for the organization made it an easy transition for them. 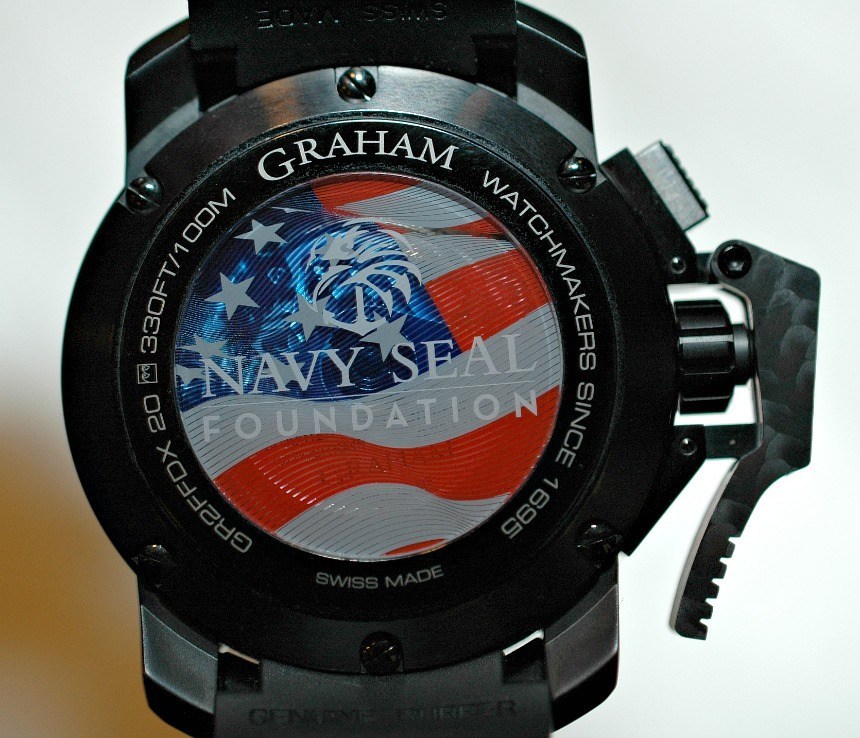 In the details, the resulting watch is like a personal reflection of Loth himself – each aspect precisely measured and only decided upon after a great deal of consideration. To give you an example, for just the carbon components, critical to the design’s weight specifications, Graham had to source from five completely different suppliers in wildly different industries to get the exact custom pieces made. This includes watch buckle makers, of course, but also developers of medical grade carbon, airplane brake makers, auto manufacturers, and even hockey stick makers – in case you were wondering, the signature Chronofighter trigger for this piece has to be developed in a multi-layer way, the same way that a hockey stick is made, to be super light and springy. 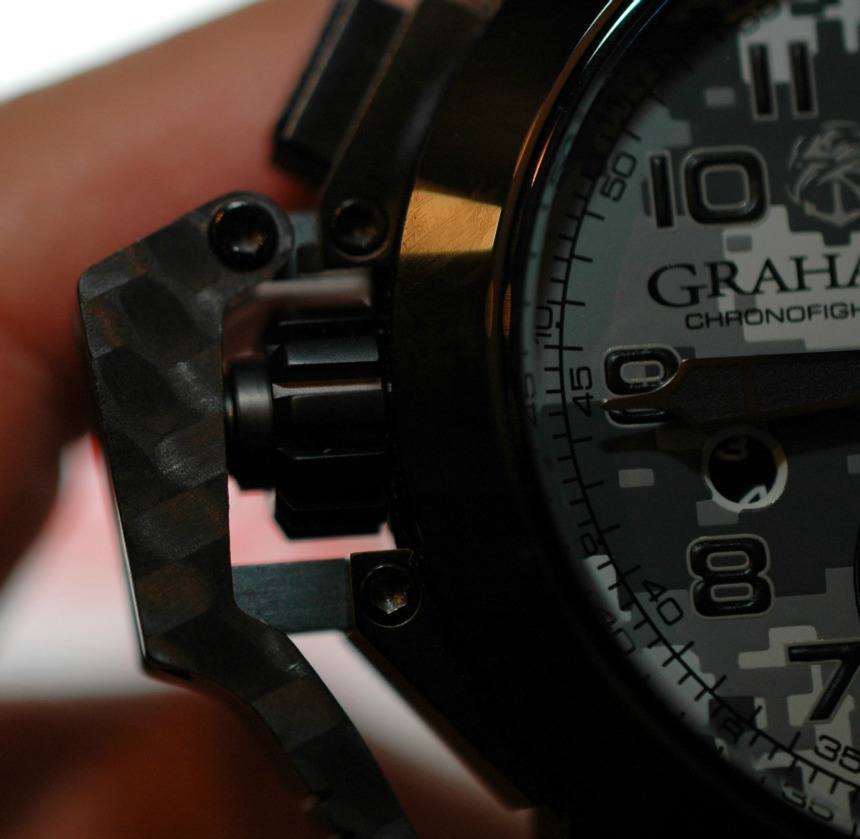 Secondly – cool factor – did you know that the US military recently changed the pattern of their camouflage to adjust to the digital age? Neither did I, but according to Mr. Loth’s explanation, the US military has developed a new camouflage pattern that accounts for the pixelated images in enemy satellite tracking of our troops, helping our people hide better. Additionally, unique, almost mathematical, camouflage patterns are designated to specific missions so that tactical teams can immediately recognize if an enemy has stolen a uniform and is trying to infiltrate a current on-the-ground mission. Graham’s new Navy SEAL Chronofighter is the first commercial product on the market to use this new digital camo pattern. 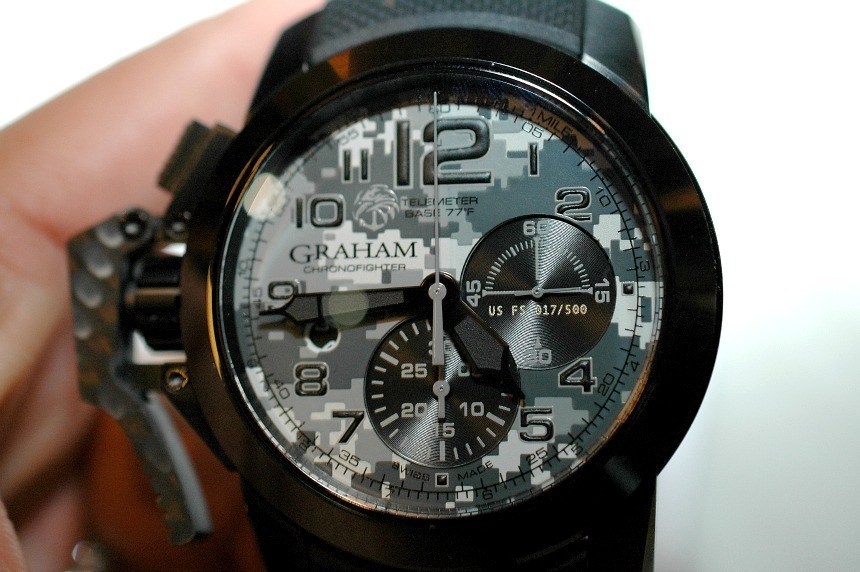 As a former commander-in-chief of the Swiss Army, Eric Loth is not a stranger to the military lifestyle historically associated with the company he now heads. What does make him unique is his dual background in engineering and design that has shaped him into an intellectual, forward-thinking innovator in his company’s product designs as well as its corporate philosophy as a personally accountable member of the global community. 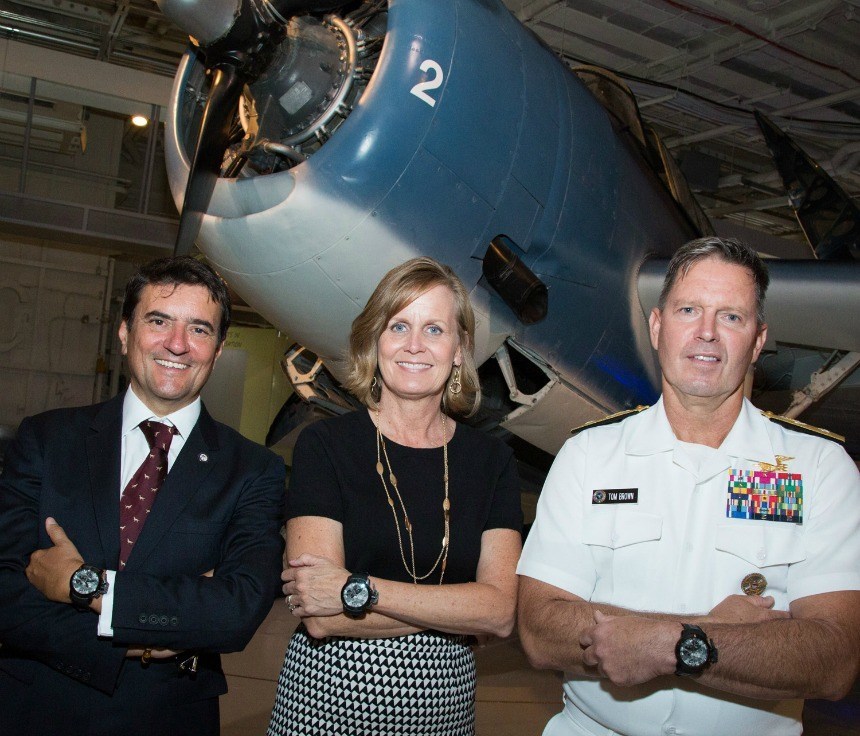 Eric Loth tells me that in the past, the company partnered with many organizations that were pure licensing deals (i.e., we put the name on it, and pay you a royalty). “One day, I just realized that I found it all very dry. I started to think very differently and wanted to add in a human touch. I wanted it to mean something to humanity and actually do something that made change,” he tells us. 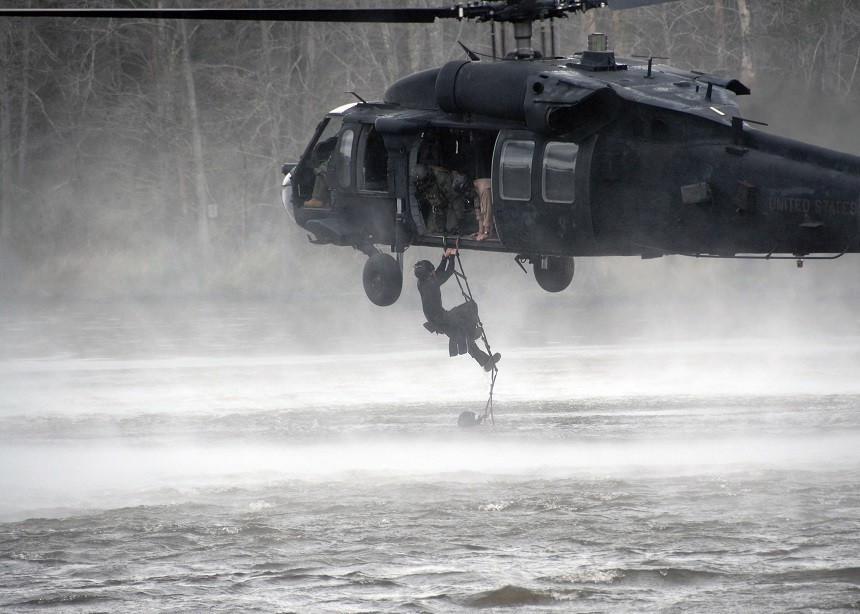 It was this concept of a “human touch” following his ah-ha moment that inspired him, his actions, and consequently, all the partnerships that Graham Watches has collaborated on since then. Looking towards the future, Loth tells me he already has partnerships in the works with schools in Taiwan, aspiring watchmakers in Switzerland, and even with the English military – all personally chosen by him and curated by his desire to mint his global citizenship. From our conversation, his rainy day idea box is clearly overflowing – always more work to do and people to help. 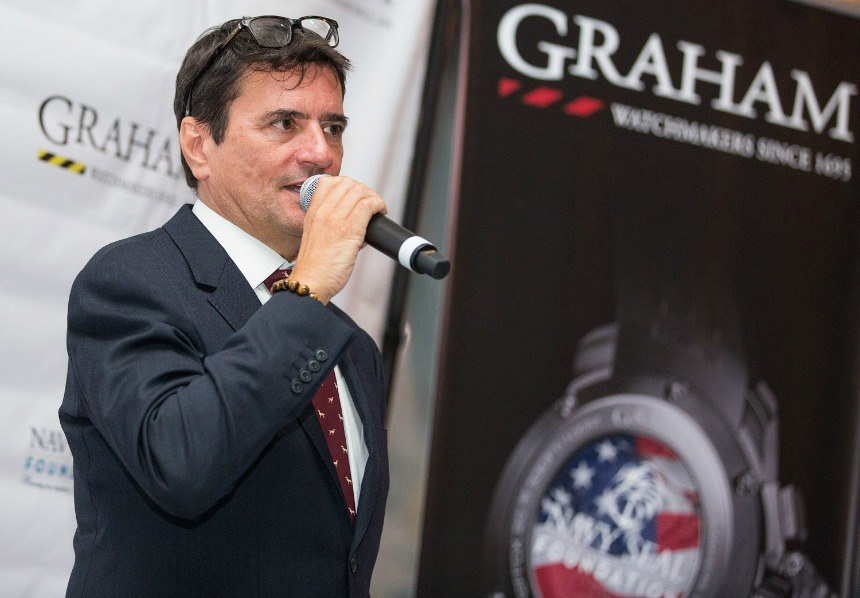 Interestingly, Loth also believes, unlike so many today chasing the tech watch innovations, that it is once again the human element – mankind’s metaphysical appreciation of art – which will make the watch industry endure the test of time. While Graham would seem to be the perfect fit for the next high-tech “smart watch” with military functions, Loth instead believes that the value in mobile technology and watches are not always connected and that the true value of “wrist technology” has not yet been discovered. In an interesting sci-fi twist, he reveals to us that he believes chip-implant mobile technology will be discovered and publicly available within the next 10 years. My money is on the engineer. Anyone know any good chip development stocks? 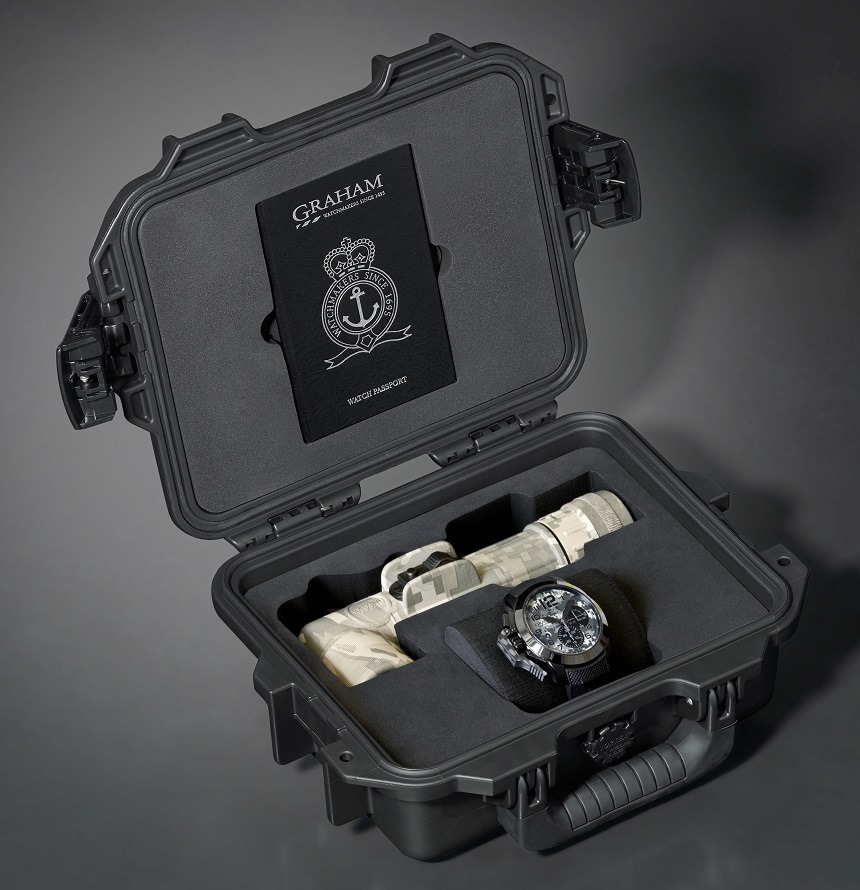 Eric Loth tells me that the Graham watch customer is one who has grown out of the initial consumer stage of “wanting to own a watch to help them fit in with everyone else.” The Graham customers are at a point of success in their personal and professional lives where they discover the freedom to think for themselves and don’t necessarily want to blend in with their peers. He tells me that the Graham customer is a consumer who now appreciates being different and expressing themselves personally as such through their watches.

As a brand that has gone through what some consider a radical change over the last 20 years since Loth took the helm, many are wondering what to expect next. Today, however, Loth confirms to us that Graham Watches has finally hit it’s stride, and the important projects they have helped build during that time of growth, not only for the brand but for the global community, has established a strong future which we will see develop through our younger generations. In fact, he believes that we will look back and realize that history was made now. As they say, watch what happens next…