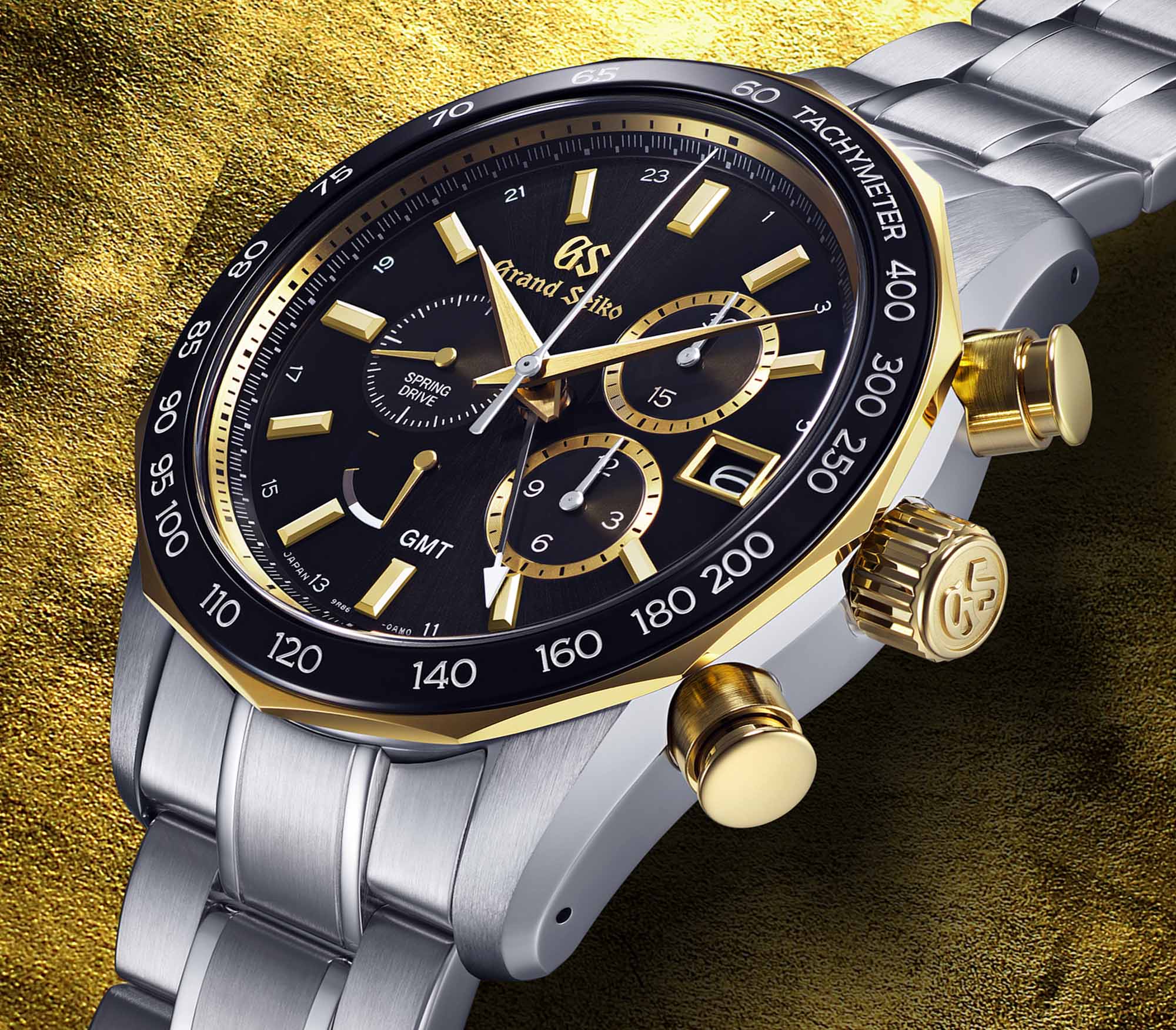 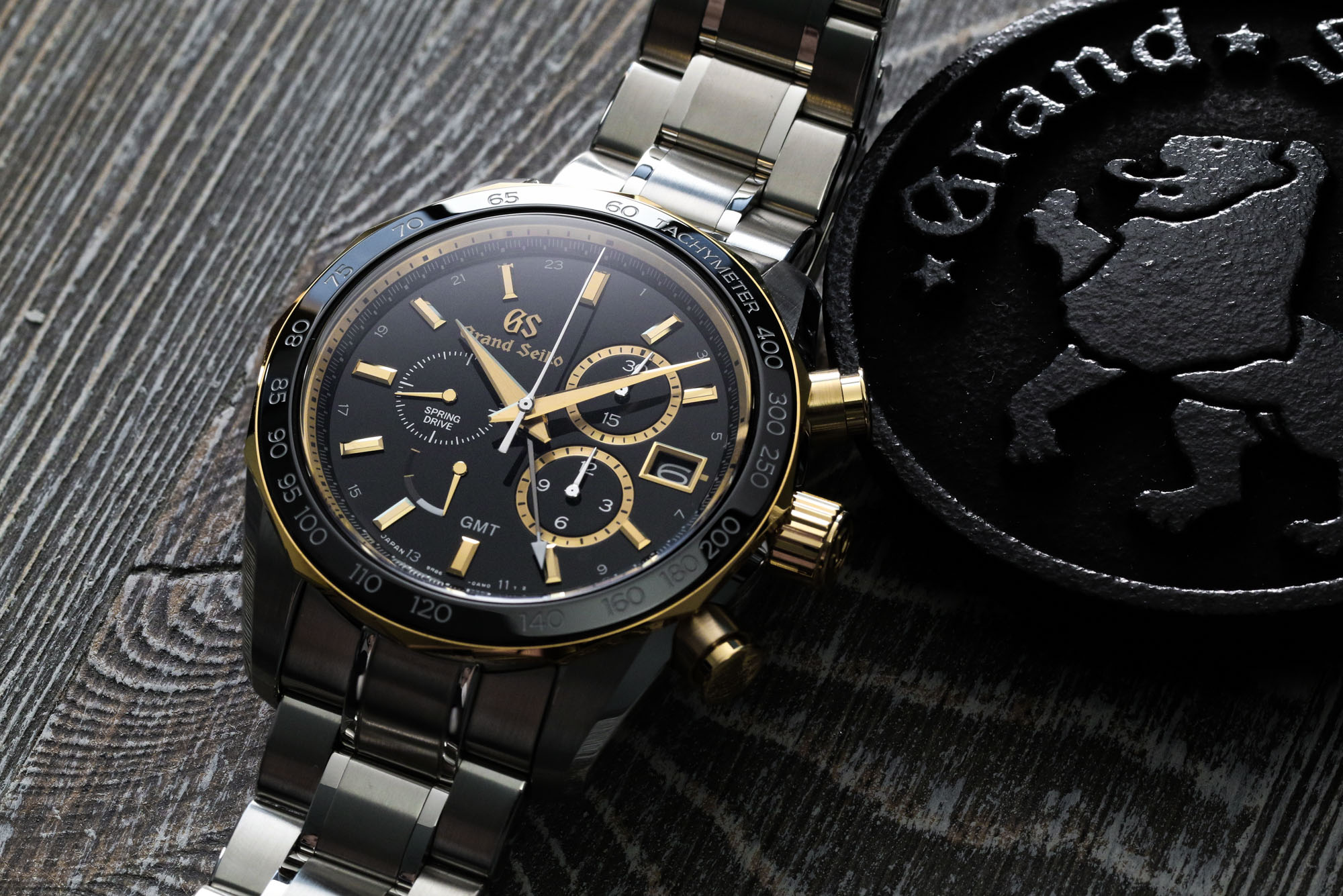 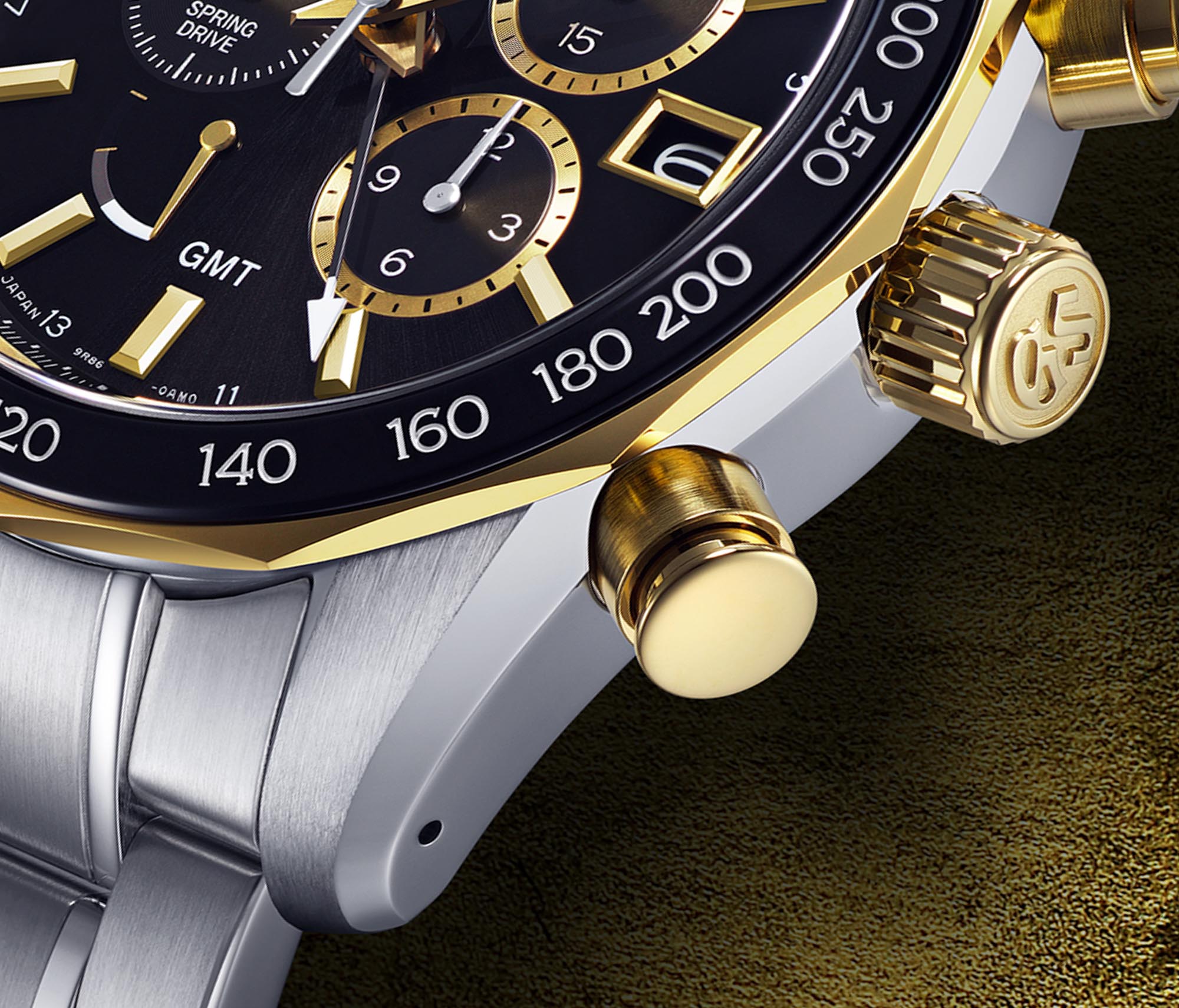 All images by Grand Seiko.

Available at Grand Seiko boutiques and select Grand Seiko retailers worldwide from July 2021, the Grand Seiko Spring Drive Chronograph GMT 140th Anniversary SBGC240 is, as its name implies, done in celebration of Kintaro Hattori’s 1881 founding of his company, which he led until his death at the age of 73 in 1934. Grand Seiko quotes his credo as, “Always one step ahead of the rest” – and although that is applicable in numerous ways to Seiko, the Spring Drive, in my mind, is among the strongest and most impressive realizations of it. 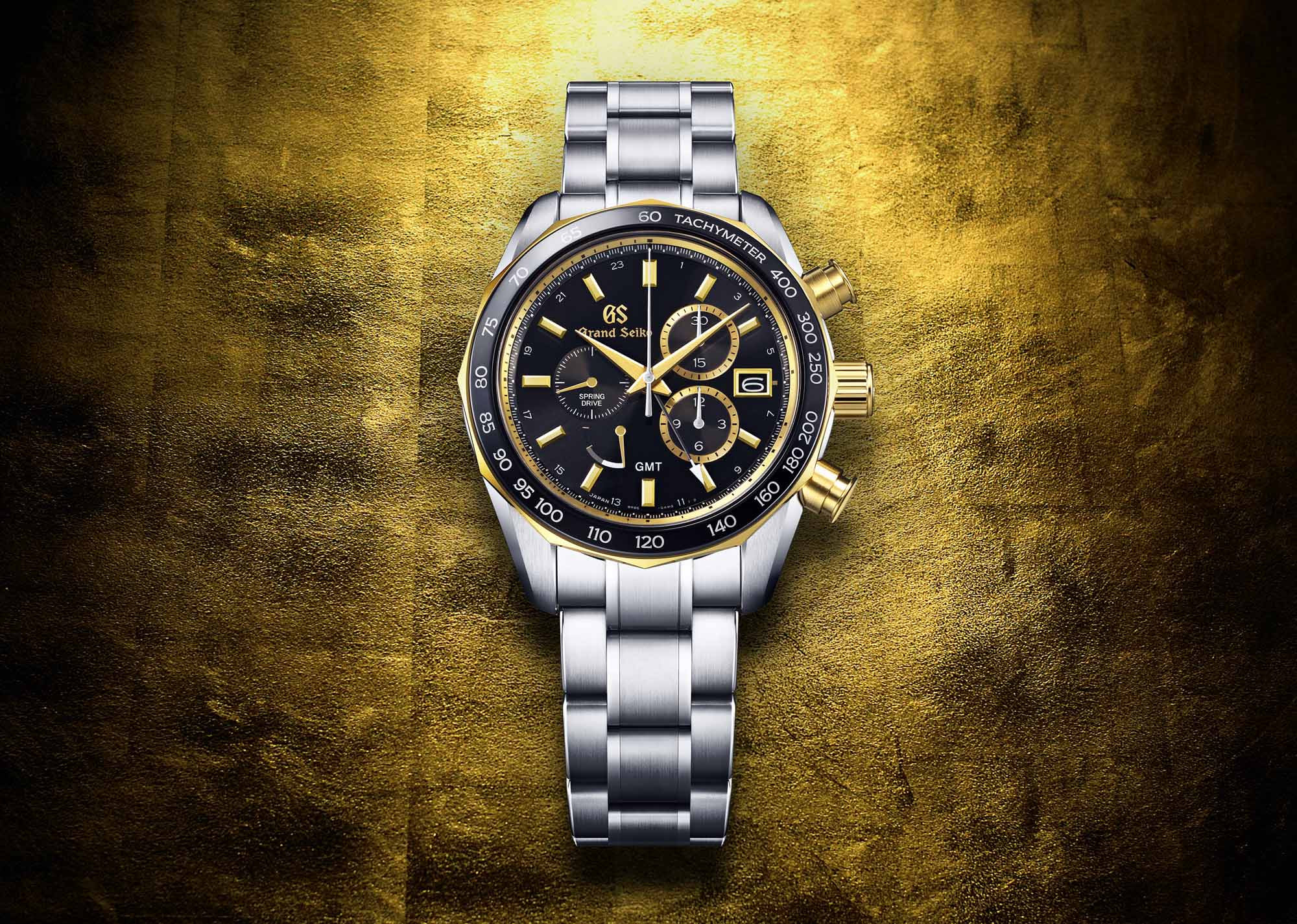 At 43.8mm-wide and 16.1mm-thick, the new SBGC240 brings with it the usual Spring Drive Chronograph GMT dimensions. There used to be a much lesser-known, somewhat more compact variant without GMT called SBGB001 and SBGB003, but those are gone in favor of these more capable GMT-equipped versions. The case now features an angular bezel in 18ct yellow gold with a zirconia ceramic insert complemented by 18ct yellow gold push buttons. If you have hated these pushers, them being in gold probably won’t change your mind – having loved seeing and using them on the SBGC001, personally, I’d love seeing these in the metal. Water-resistance is 10 bar (100 meters equivalent), as it should be for an ideal all-rounder watch. The case and bracelet sport the widely acclaimed Zaratsu polishing (more on that in the reviews), but an additional crocodile strap is also included – which it should very well be, given the price point. 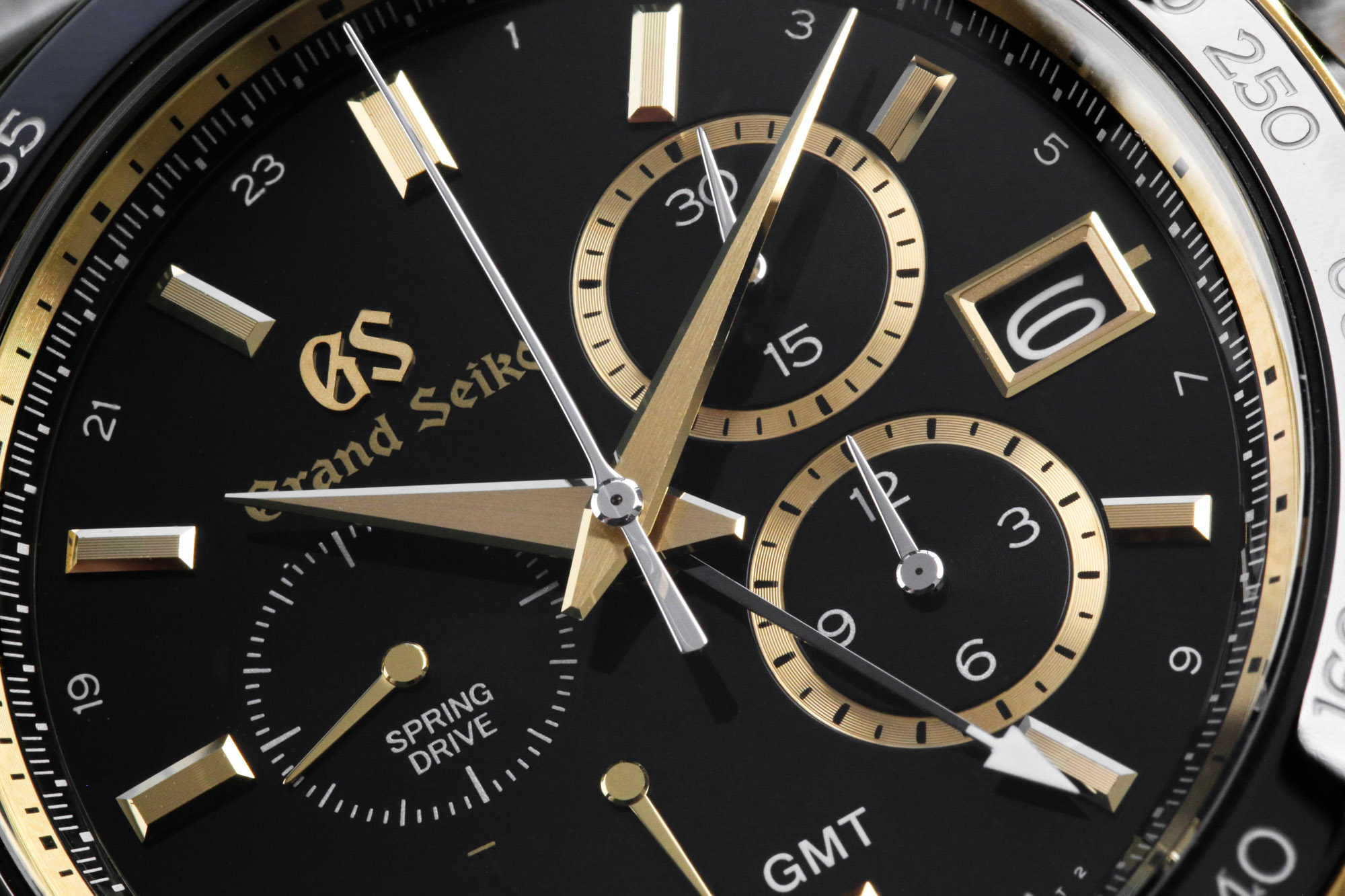 The Grand Seiko Spring Drive Chronograph GMT 140th Anniversary SBGC240 is powered by Grand Seiko Caliber 9R86, a Spring Drive movement with 72 hours of power reserve, automatic winding, and a daily accuracy of +/- 1 seconds (which becomes even more impressive in the long-run with a maximum quoted deviation of just +/- 15 seconds per month). The 12-hour chronograph, power-reserve indicator, quick-set hour hand, and GMT display also come courtesy of this 400+ component caliber that is visible through the see-through caseback. 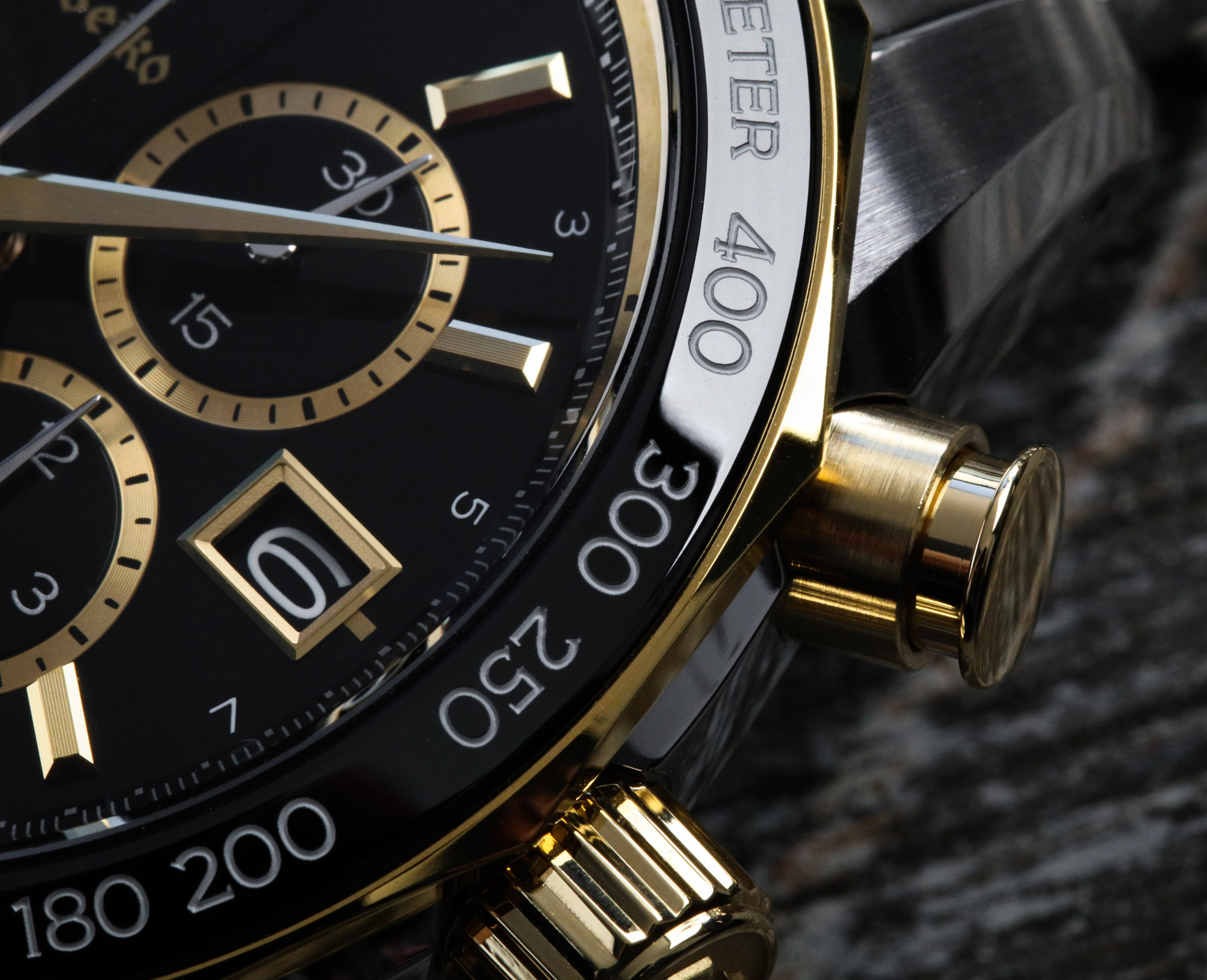 The black dial is accented with golden hands, applied indices, and the Grand Seiko logo – now with rather more obvious golden surrounds dedicated only to the two chronograph subdials at 2 and 4 o’clock, while the running seconds at 9 o’clock is without them. To this day I have preferred the more balanced old dials with both Grand Seiko and Seiko on them, but this two-tone version is the first of this new era that has a dial that looks “proper” – at least to my strained eyes. 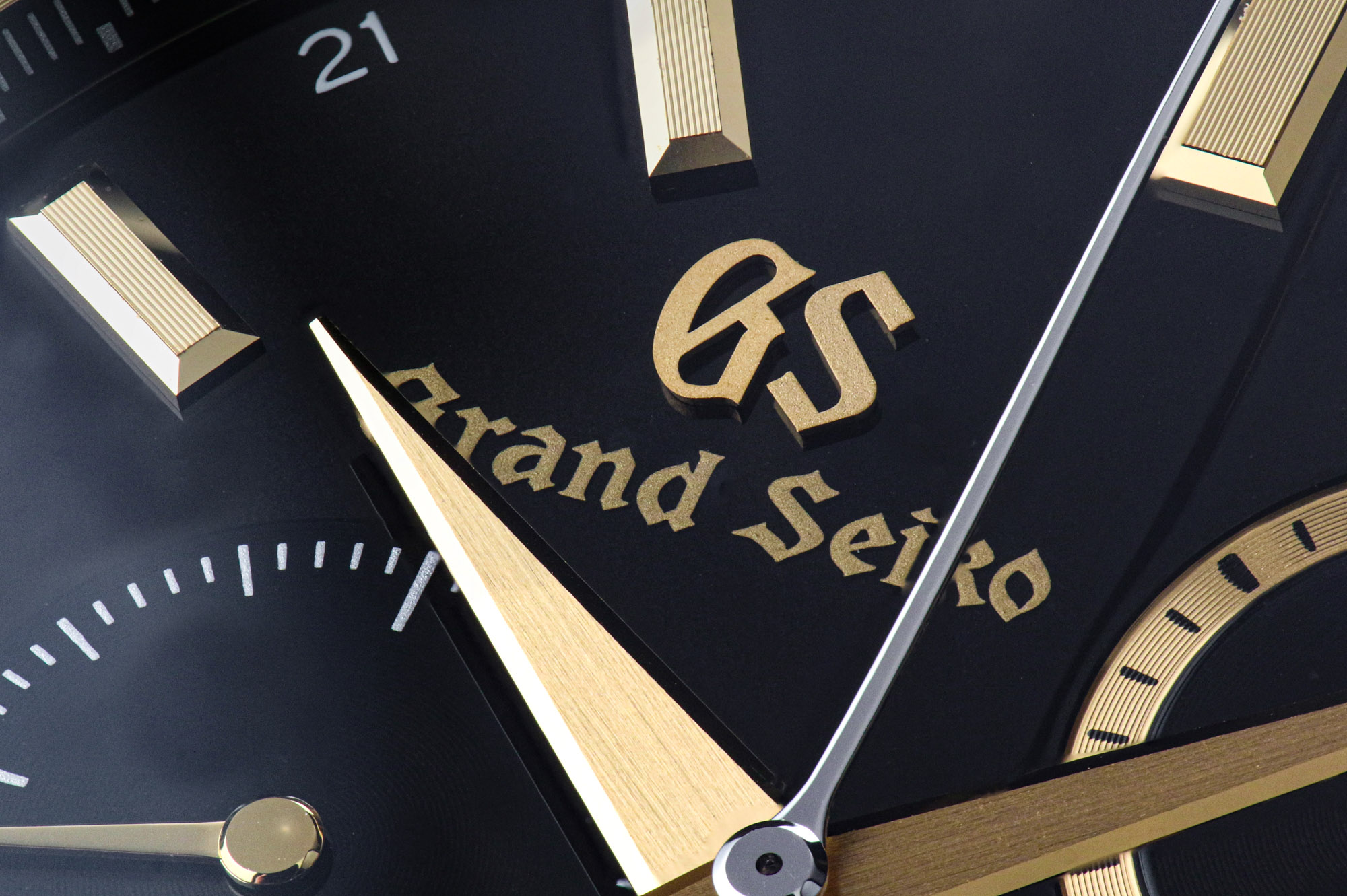 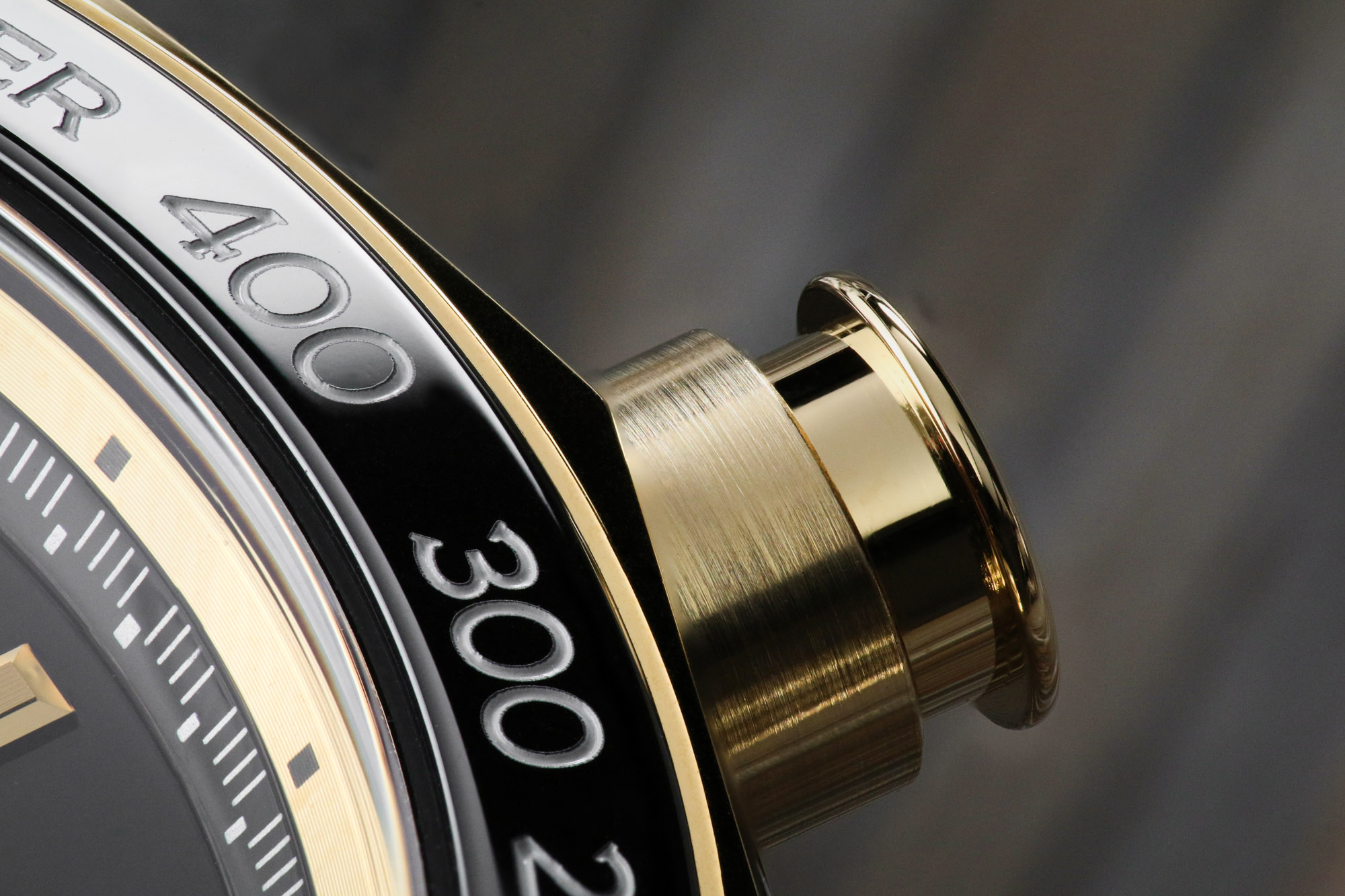 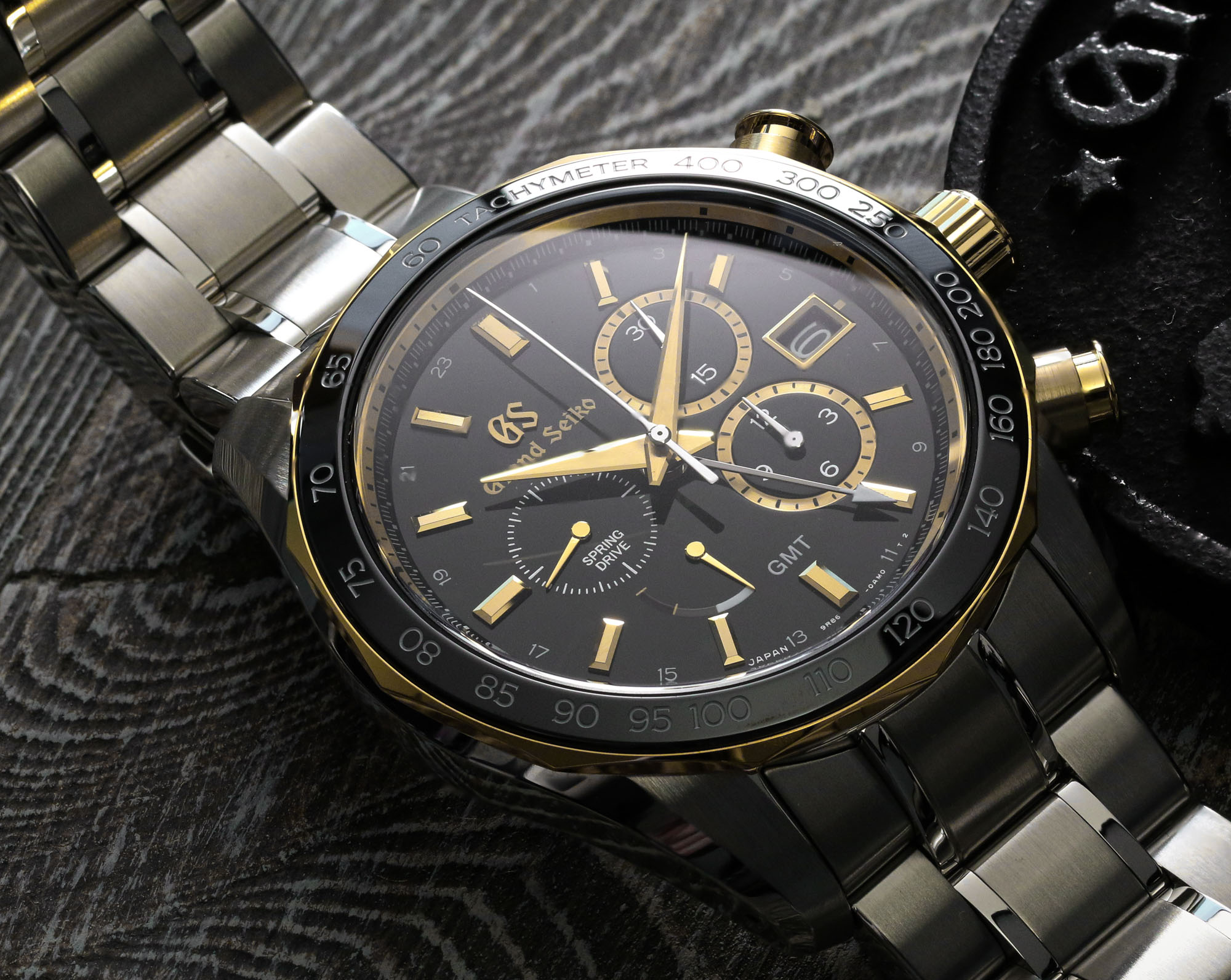 The Grand Seiko Spring Drive Chronograph GMT 140th Anniversary SBGC240 is priced at $18,600, which is a lot more than the retail price of a Daytona but less than what those are going for on the gray market. For the price, the SBGC240 packs over twice the components, over three times the accuracy and, it could be argued, a lot more spectacular and detailed exterior finishing. Still, the Spring Drive Chronograph, with its oddball looks and hefty price, is destined to be a celebrated but rarely encountered luxury timepiece. You can learn more at the brand’s website.