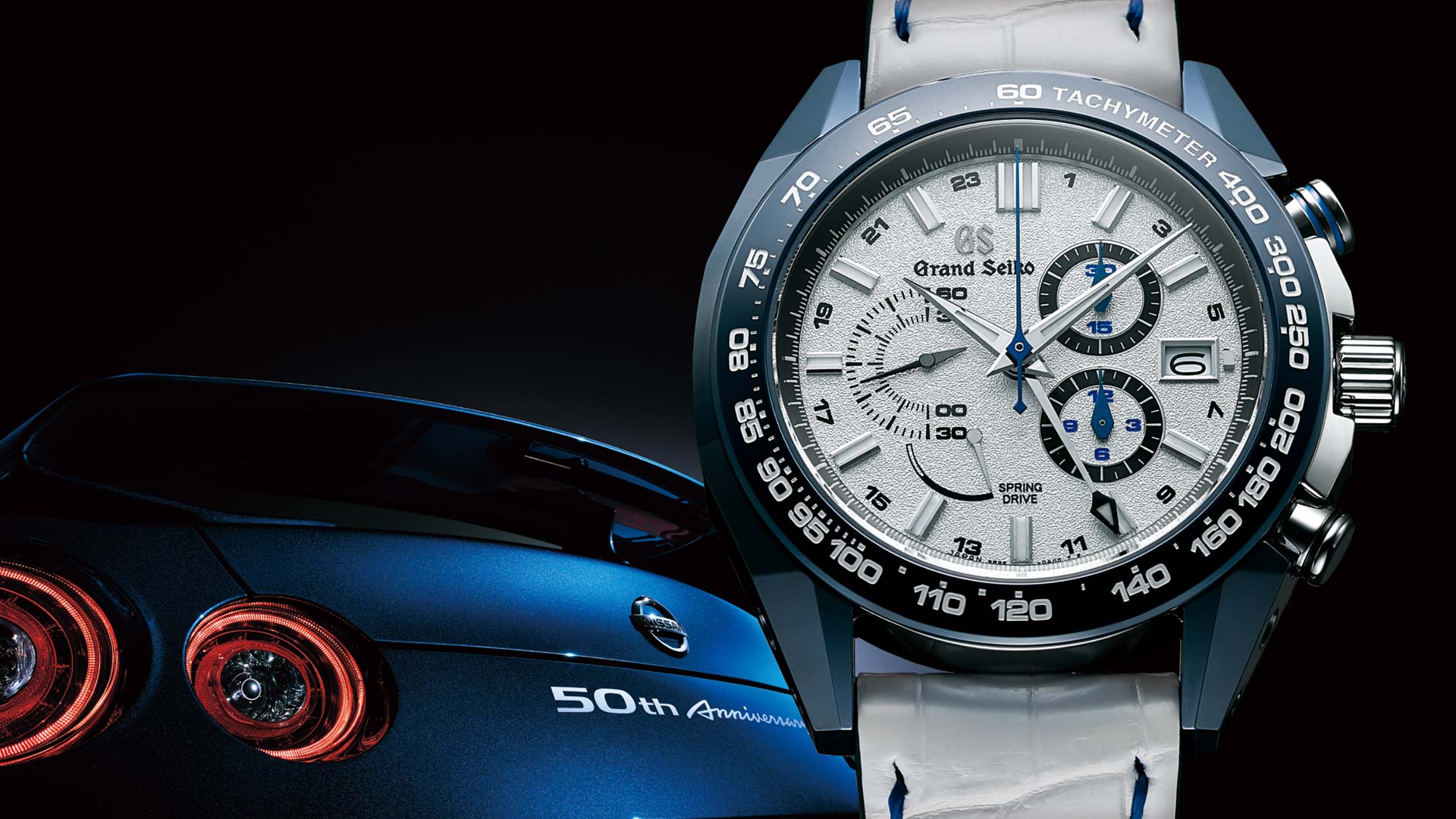 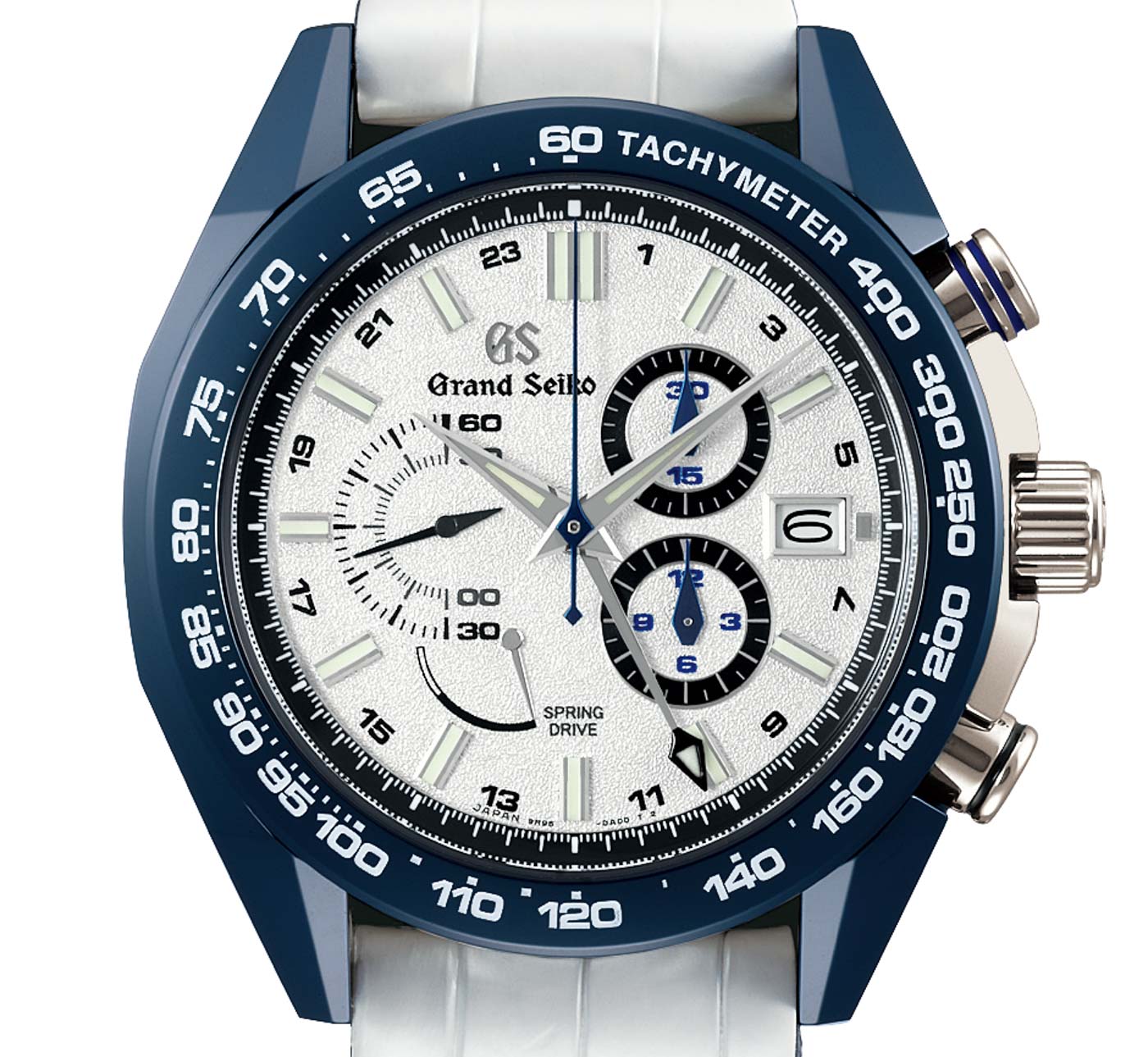 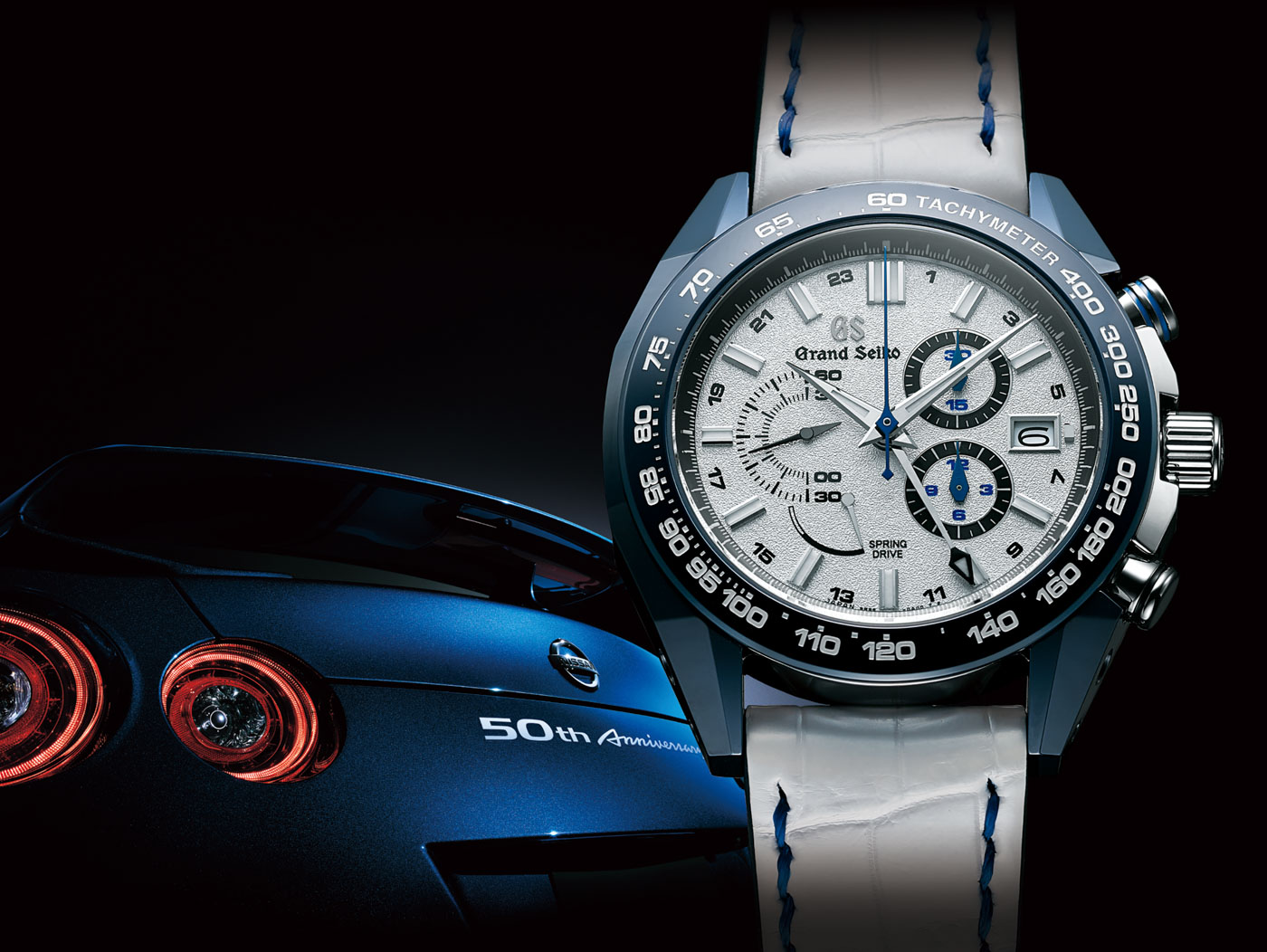 As much as I wish we had gotten to see these at BaselWorld 2019 just a few weeks ago — someday maybe I’ll understand the logic behind going to BaselWorld at tremendous expense and then strategically not showing forthcoming novelties — the SBGC229 is refreshing in that it was designed in collaboration with Nissan so as to blend its aesthetic cues with the Nissan GT-R 50th Anniversary model. The color scheme for both the Grand Seiko watch and the Nissan automobile is “bayside blue” and crisp, polar white.

I consider this a strong and rather self-explanatory collaboration that is also a big improvement over Grand Seiko’s most recent foray into car-watch collaborations. At the end of 2018, Grand Seiko launched a mildly different–looking, albeit customizable, ~$200,000 gold-ceramic version of the Spring Drive Chronograph to go with the million-dollar Italdesign-restyled GT-R car. Both that car and the watch were so excessively overpriced, I have never managed to get around to covering the “story.”

However, Grand Seiko has rectified the issue with this Spring Drive Nissan GT-R Anniversary Limited Edition SGBC229 — still priced high but not quite so high that it feels like a blatant money-grab effort. Now paired with the non-million-dollar Nissan GT-R, this new partnership marks the coming together of two very highly engineered, in some ways even class–leading, products, both of which come with their own dedicated fans and customer bases around the world.

The three main iterations of the GT-R. Source: Nissannews.com

The Skyline 2000 GT-R you either already know and love, or you don’t. If this automotive legend hasn’t tickled your fancy yet, my measly few words about it likely won’t change your mind. The point is that the GT-R turns 50, whereas the Spring Drive turns 20 this year. Without sound immodest, I feel safe in saying that we have written the definitive article on Spring Drive functionality and history. I know because I found pieces of fascinating information relating to Spring Drive that had been available nowhere else, but scattered around the weirdest places: on Japanese microsites and the weirdest eco-conscious Epson (!) PDFs and the like. Now, it’s all in one definitive article. On page 2 of that article, you’ll read about the history of Spring Drive and learn about the 30-year-long process it took to transform the concept into reality — and also learn how Spring Drive actually truly debuted not in 1999, as this 20th anniversary would suggest, but in 2005. 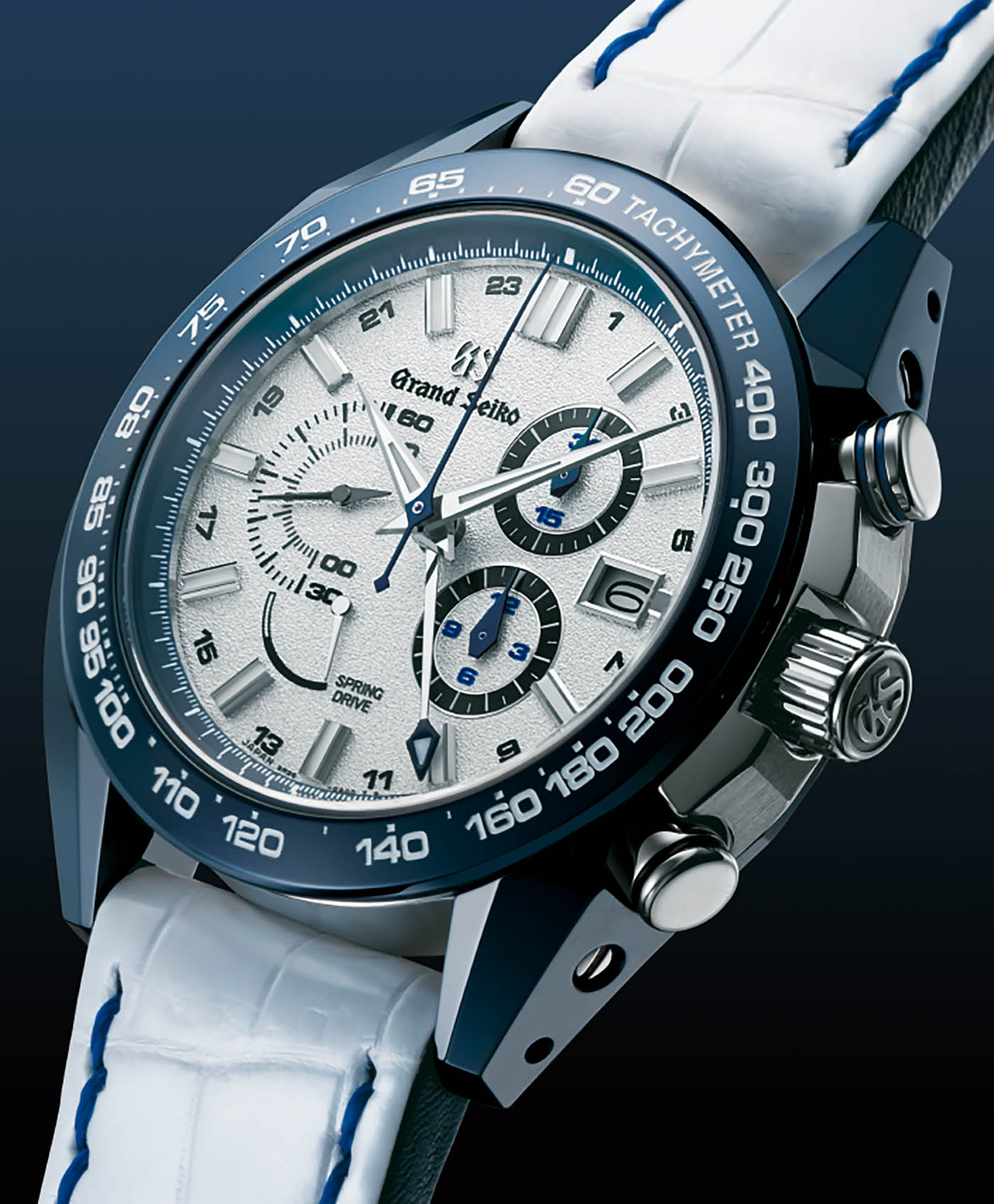 Anyhow… Wrapped in dark blue ceramic, the Grand Seiko Spring Drive Nissan GT-R Anniversary Limited Edition SGBC229 is, unfortunately, as large as previous ceramic iterations of the Spring Drive Chronograph. It is a whopping 46.4mm-wide and 16.2mm-thick — and the SBGC229 is not one of those watches that wears smaller than its case size would suggest — on the contrary, in fact. That’s because Grand Seiko adds the ceramic case as an “outer case” that is wrapped over a lightweight titanium inner case that actually encapsulates the movement itself. Because the movement’s size is given and the titanium inner case has to have its dimensions as well so that the movement can be fixed to it on the inside and the ceramic on the outside, the finished watch ends up considerably larger than it would have been, had it had a solid ceramic case. I do like how the titanium case is revealed through the crown and piston-style pushers. So, if you have a (very) thick wrist and own a GT-R and have money to spare, then you are in luck. 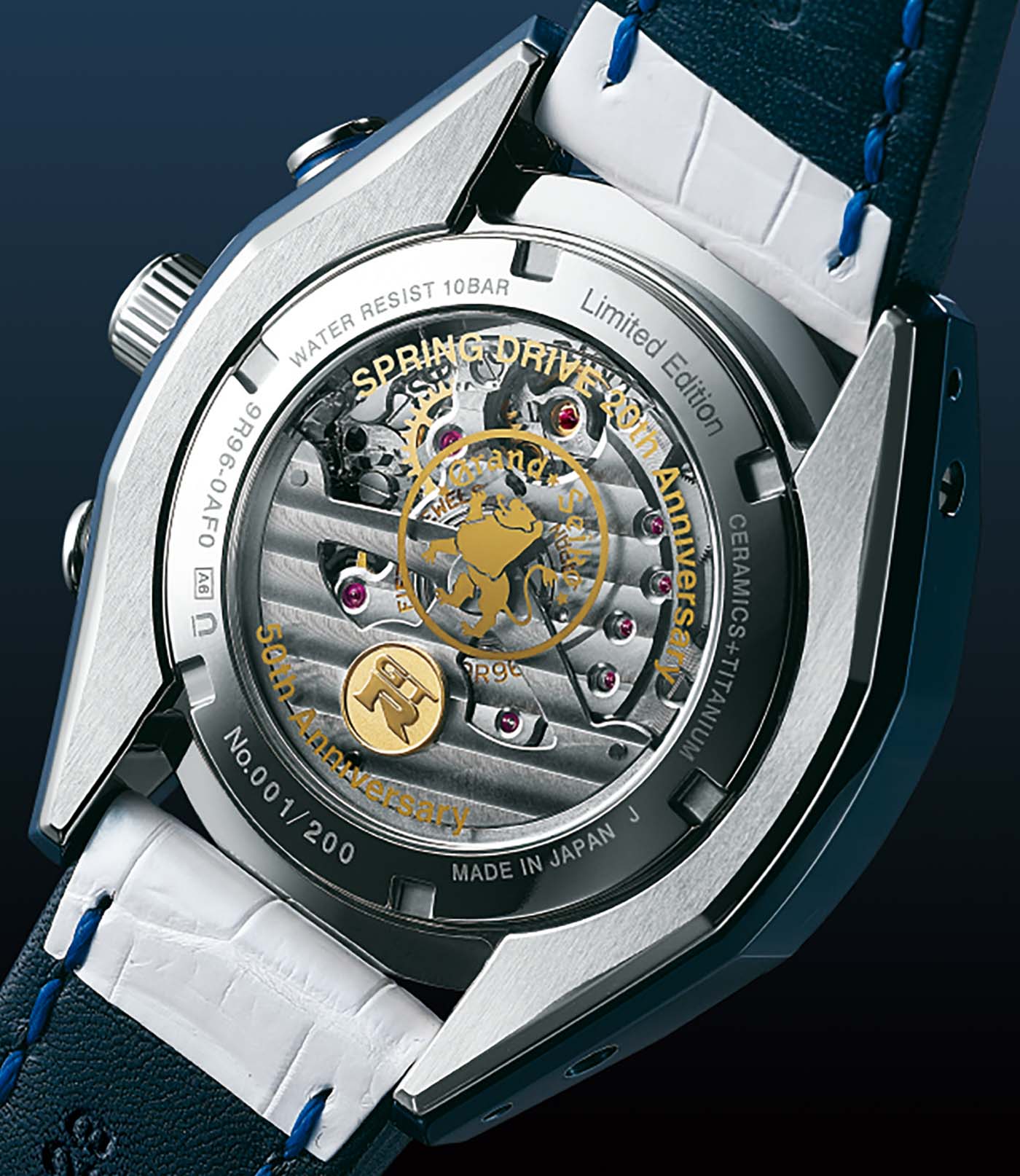 Inside the Spring Drive Nissan GT-R Anniversary piece is the 9R96 caliber that I recall differs from the “lesser” 9R86 in that it has more finely sorted quartz crystal oscillators that allow for improved timekeeping performance — down to +/- 0.5 seconds per day from the 9R86’s +/- 1 seconds per day. Every other aspect, including the neat power-reserve indicator, GMT hand and quick–set hours remain the same. 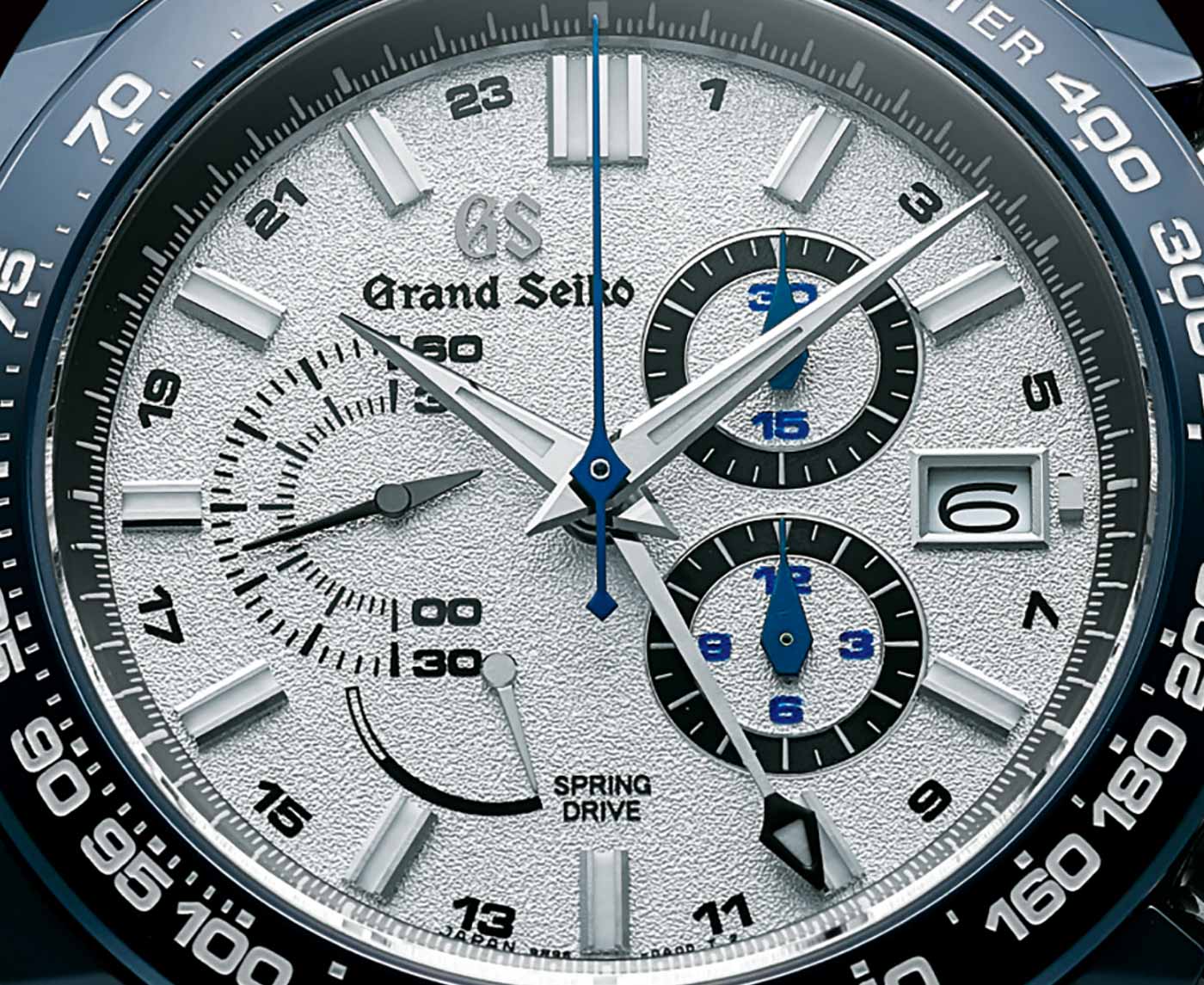 The Grand Seiko Spring Drive Nissan GT-R Anniversary Limited Edition SGBC229 will be a limited edition of just 200 pieces with a retail price of €21,600 in Europe — USD price to be confirmed. It will be available from June 2019 at select Grand Seiko boutiques and retail partners around the world — not a JDM which is good to see. You can learn more at Grand Seiko’s website.