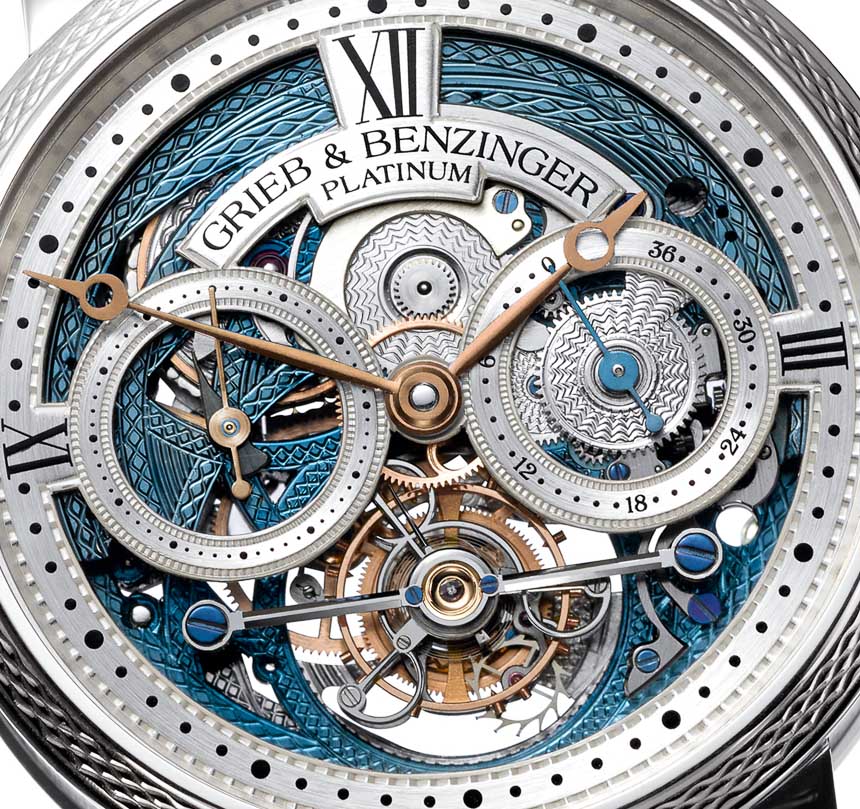 The process from turning the original movement into this amazingly skeletonized and engraved creation took about a year, and involved a delicate metamorphosis that involved almost each individual part. There are essentially three main decorative processes that went into the Blue Merit movement. First is hand-skeletonization, which involved cutting bridges and gears apart into skeletonized parts. The second is hand-engraving, which involved decoration of the parts, and third is coloring.

A. Lange & Sohne uses an an alloy called German Silver for most of their movement parts rather than steel. Nevertheless, Grieb & Benzinger plates most of the movement parts in rhodium and rose gold. Other parts, such as some new bridges, were coated with blue platinum. The result is an amazing to behold and beautiful transformation into a classically decorated work of art built on one of the most prestigious movements of one of today’s most prestigious watchmakers. Both the front and rear of the movement are the very epitome of what Germany Grieb & Benzinger do best, with the mechanical foundation of the top German luxury watch company. 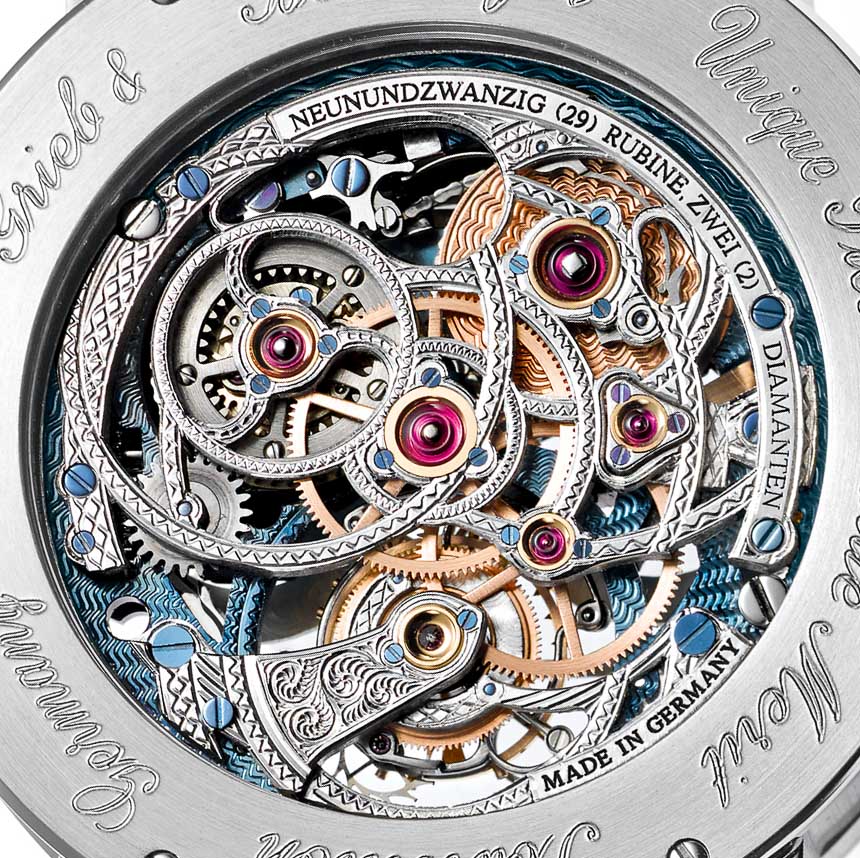 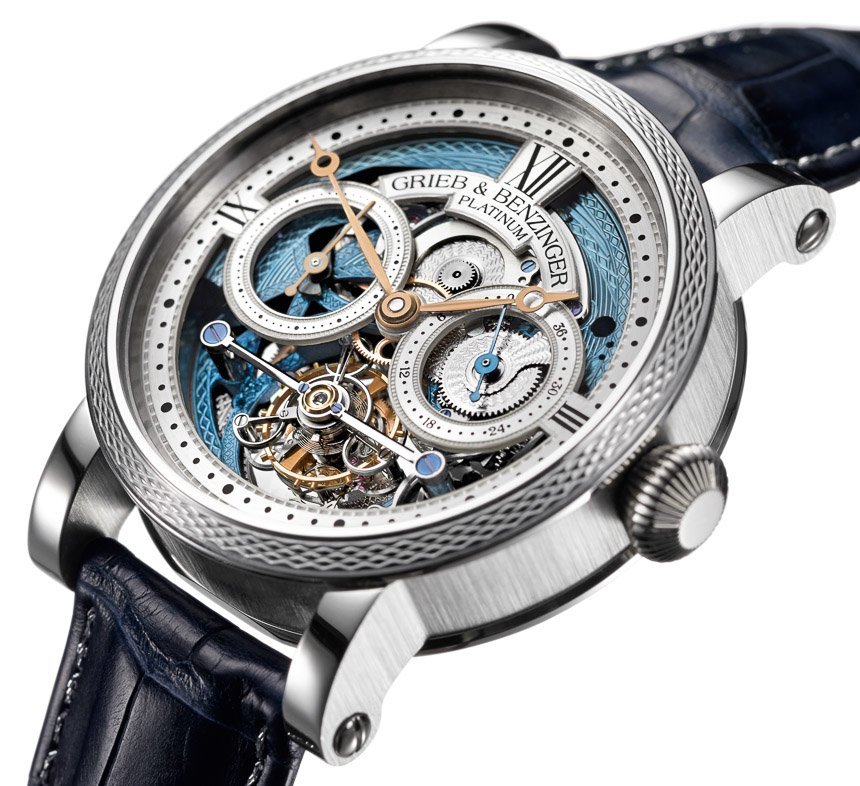 The features of the movement in the watch are worth noting. A. Lange & Sohne built on this movement to add more complication later, but from the start, the Tourbillon Pour le Merite was very impressive. It also arrived at a time when tourbillon complications were still very uncommon. The tourbillon was paired with a fusee & chain style transmission, and the dial had the time with subsidiary seconds dial as well as a power reserve indicator. In many ways, it was a design ahead of its time. Aside from the distinctive Lange-style tourbillon cage, little of the transformed movement suggests that it was a Lange to all but those with the most honed eyes. The Blue Merit watch even features new hands and subdial designs.

Like most platinum Grieb & Benzinger watches the Blue Merit in platinum is matched to a blue alligator strap and once again is a piece unique creation. Price after a year’s “aftermarket work” along with the watch is $530,000 for the Blue Merit. grieb-benzinger.com