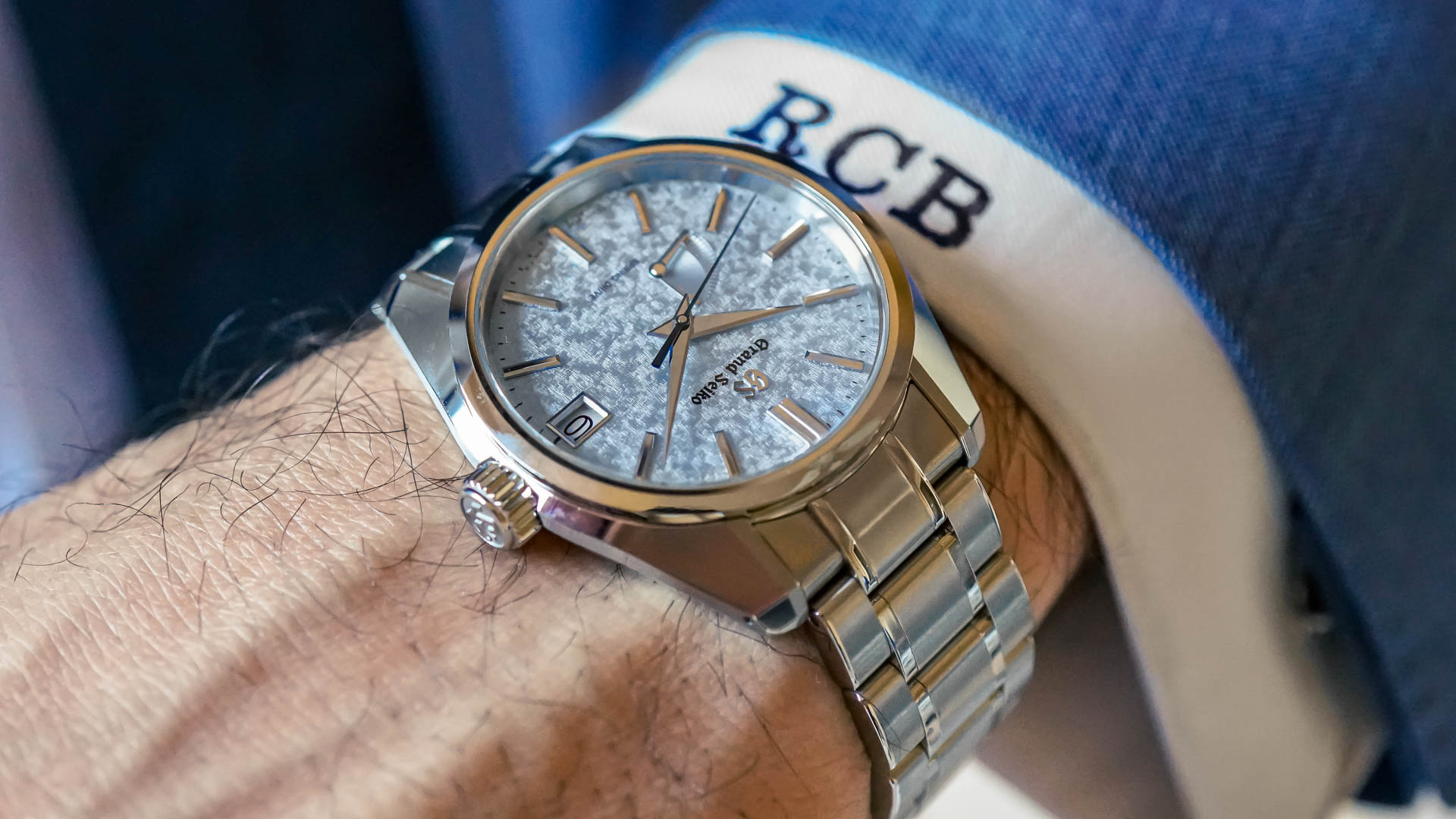 A Guide To Metals & Some Of Our Top Most Durable Watches 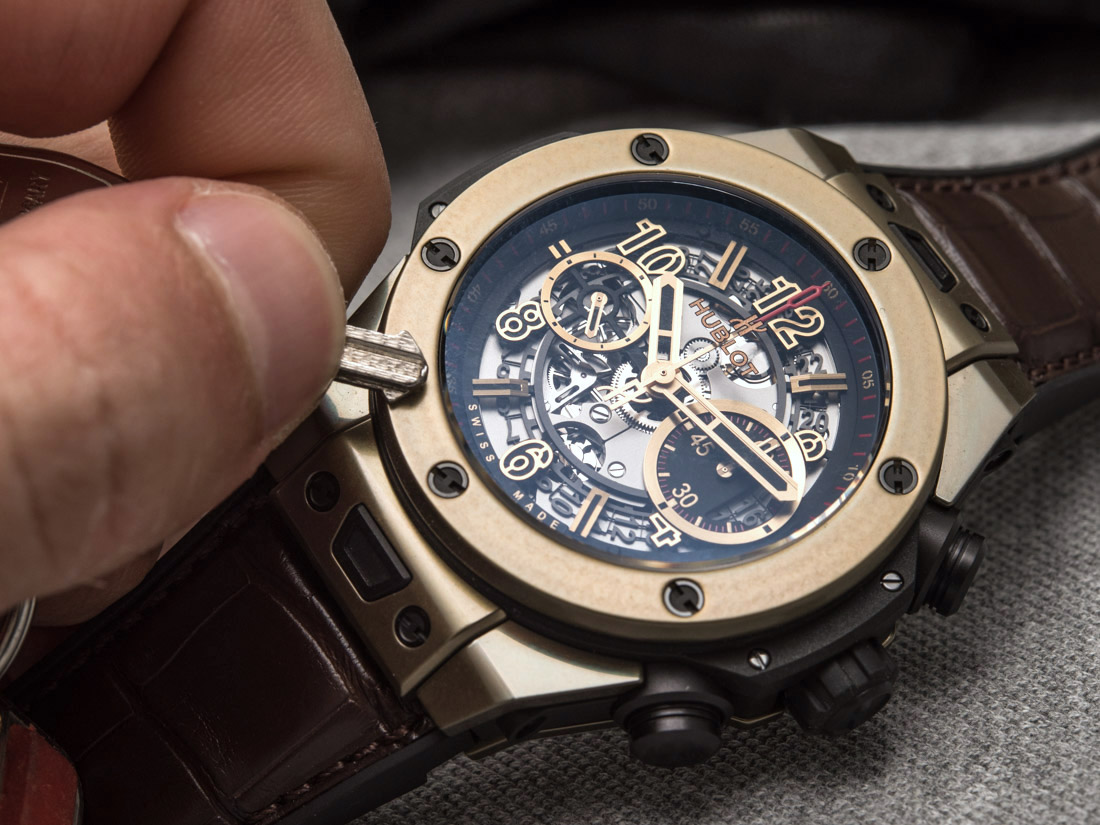 Inadvertent smacks against a doorframe, accidental scrapes against a concrete wall, or the errant slip of a spring bar tool. These simple and often inane mistakes can result in frustrating, disappointing, sometimes anger-inducing and yet seemingly inevitable scratches on originally pristine watches. This sad fate does not, however, have to be the case – as we detail here, some watchmakers use special metals and surface treatments that greatly reduce scratches and keep your watch looking like new. There are a few ways to achieve extra durability in a metal – and those are discussed below. Along with examples of watches and companies that aBlogtoWatch editors feel make some of the best examples of hardened or treated metal watches. 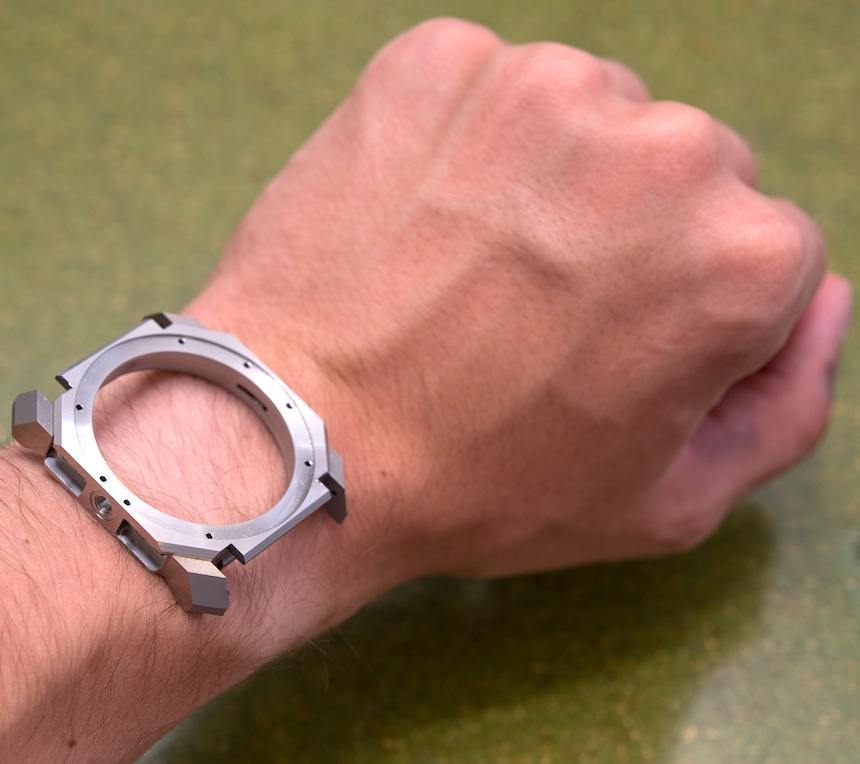 While some of us may embrace wabi-sabi, letting the dings and scratches tell a story of a life well lived and a watch well worn, others of us are less Zen in our approach to watch ownership, preferring that factory-fresh finish and lamenting each new scratch. Luckily for us, horological metallurgists have been dreaming up new compounds and treatments that can result in extremely hard, scratch-resistant cases that can endure even the clumsiest of owners. 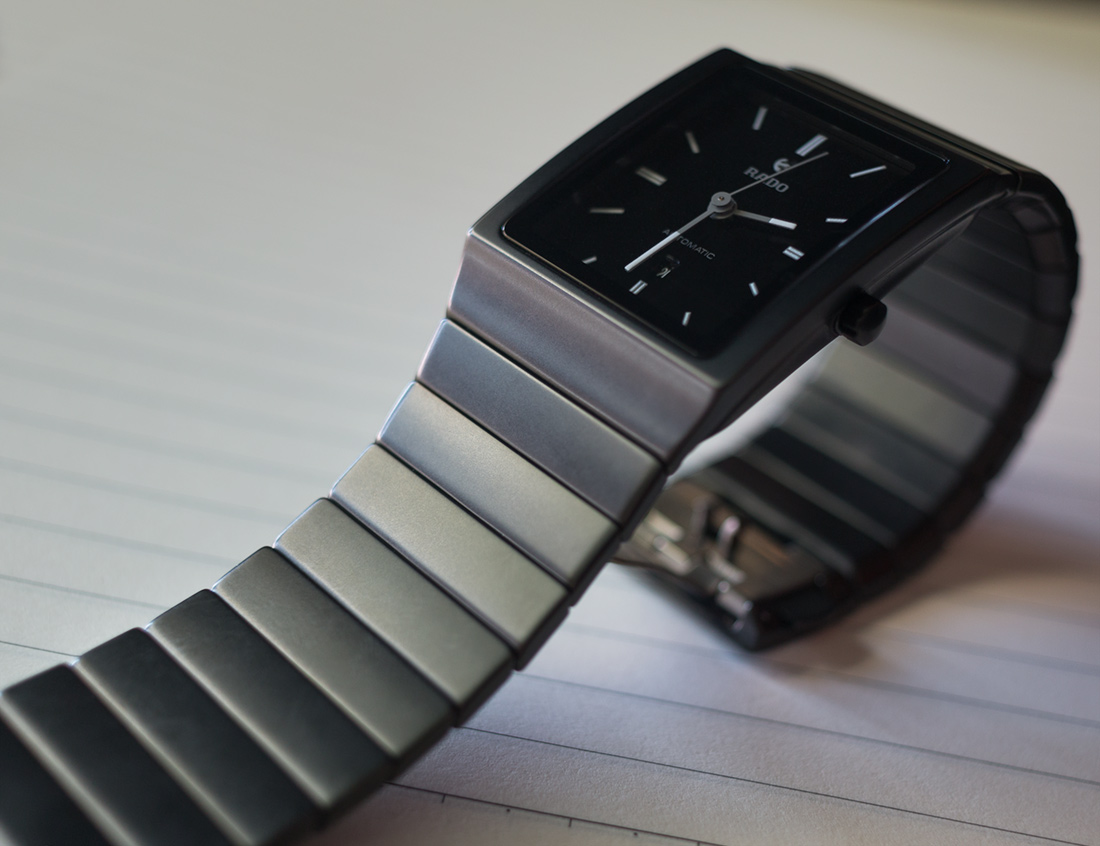 While some companies are innovating the use of completely new materials (e.g., Rado’s DiaStar and ceramic compounds), the majority of super-hard watches utilize steel or titanium as the base material. How exactly companies achieve increased hardness and durability is variable, but generally falls into three categories listed below. Regardless of which you choose, the result is a watch that will better resist the scratches and dents that result from an active (or clumsy) life. In some cases, these watches will retain a “brand new look” for many years to come. 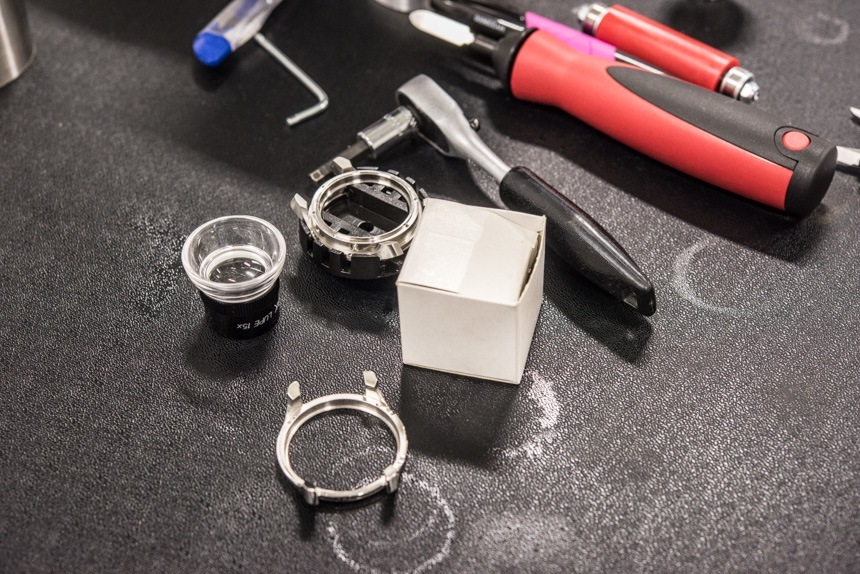 To put this discussion into context, let’s first examine differences in hardness among some common watch materials. To measure the hardness of a given material, scientists have developed a number of different metrics, including the Brinell, Rockwell, Knoop, and Vickers hardness tests. For watch materials, the results of a Vickers hardness test are commonly reported, providing an HV value – a unit of hardness that describes a material’s ability to resist deformation from a standardized source. The higher the number, the harder the material. Listed below are typical values of common watch materials:

For case materials like steel, titanium, and even gold, additional steps can be taken to transform or modify these relatively soft metals into harder materials better able to withstand bumps and bruises brought on by daily life. The primary techniques employed to achieve this increased hardness include: 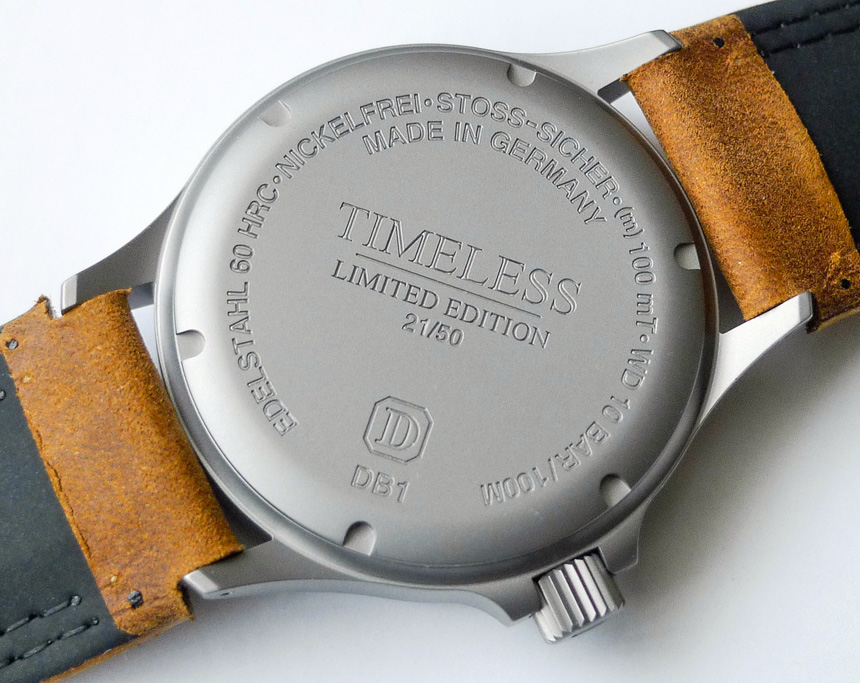 316L stainless steel is ubiquitous in watches. It is a strong, corrosion-resistant alloy comprised of iron, chromium (16-18%), nickel (10-12%), and molybdenum (2-3%) and has a hardness of roughly 150-200 HV. By altering the compounds in the alloy, watchmakers can change how the metal itself can be treated and its resultant hardness. For instance, by removing nickel and adding carbon and nitrogen in a proprietary process, Damasko can harden their steel to 800 HV, roughly quadruple the hardness of 316L steel. Sinn and others utilize “submarine steel,” or HY-80, an alloy similar to 316L, but with less nickel and a low carbon content. Though only slightly harder than 316L (~300 HV), this steel is highly corrosion resistant and used in dive watches subject to frequent immersion in salt water. Overall, these alloys are hard, scratch-resistant, and offer a unique, deep, nearly titanium hue. 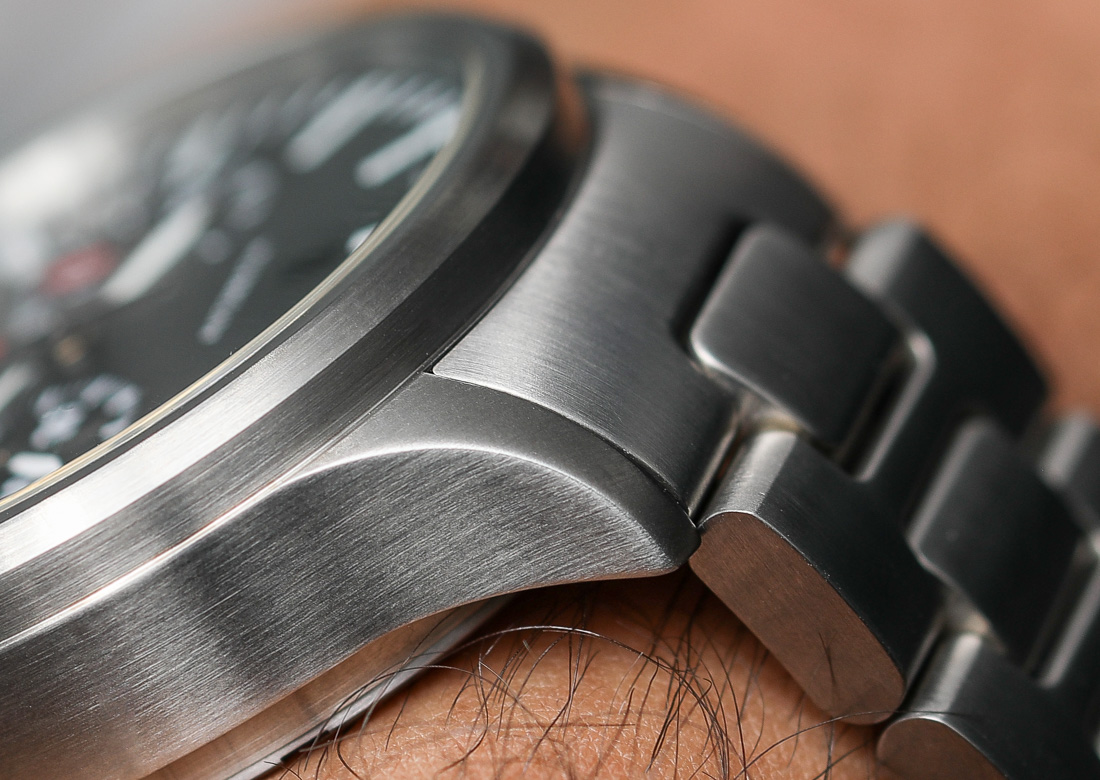 Besides the difficulties in manufacture, one disadvantage to hardening steel is the potential to create a brittle alloy. As a result, some manufacturers utilize surface-hardening treatments. Though they may go by different names (e.g., tegimenting [Sinn], ruggedizing [Mercer], EBE2000 [Bremont]), all describe processes that harden only the outermost surface of the metal. The hardened layer may only be micrometers thick, but it is extremely hard and scratch-resistant often at ~1200 HV or greater. An advantage of this approach is that it can also be applied to different metals, such as titanium and even the above-described submarine steel. A downside, however, is the potential for a hard (very hard) impact to result in an eggshell-like crack by bruising the metal under the coated layer. 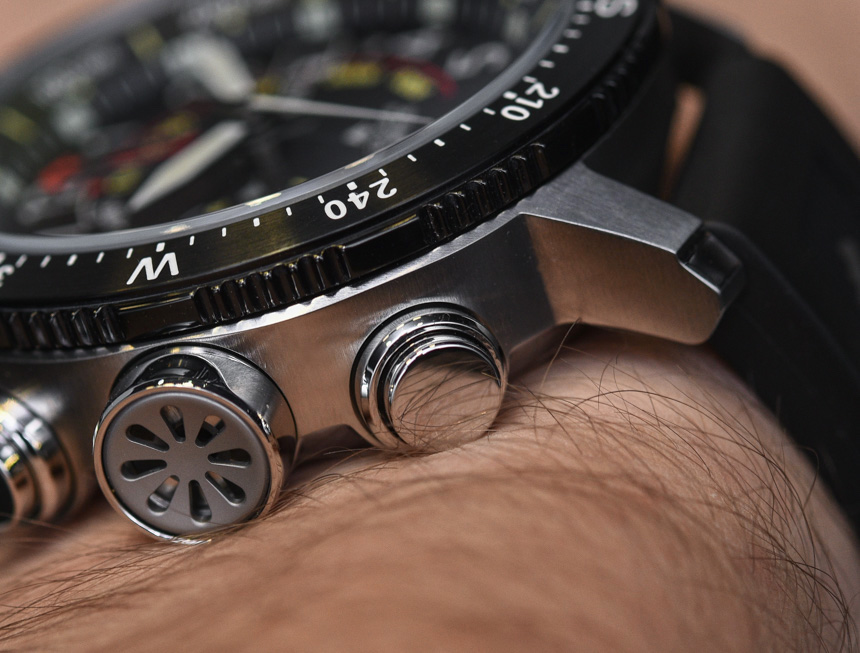 Another approach used by several prominent companies is the use of super-hard, scratch-resistant coatings such as Seiko’s DiaShield or Citizen’s Duratect (though note that Citizen uses both coatings and surface hardening treatments). Similar to DLC (diamond-like carbon) coatings, they are specifically designed to improve scratch-resistance. Seiko’s DiaShield has a reported hardness of ~500 HV, while Citizen’s different treatments range from 1000 HV to a staggering 2500 HV. As with any hardening approach, one challenge is that if a scratch does occur, any polishing or repair will be extremely difficult. Regardless of which technique is used, one of our favorite aspects of hardened watches is their accessibility for almost every budget, from relatively affordable entry-level pieces up through many-thousand dollar watches. Below, we list nine examples of watches that utilize these hardening techniques. Chime in below in the comments to let us know your experiences or pieces we missed that you think should be highlighted.