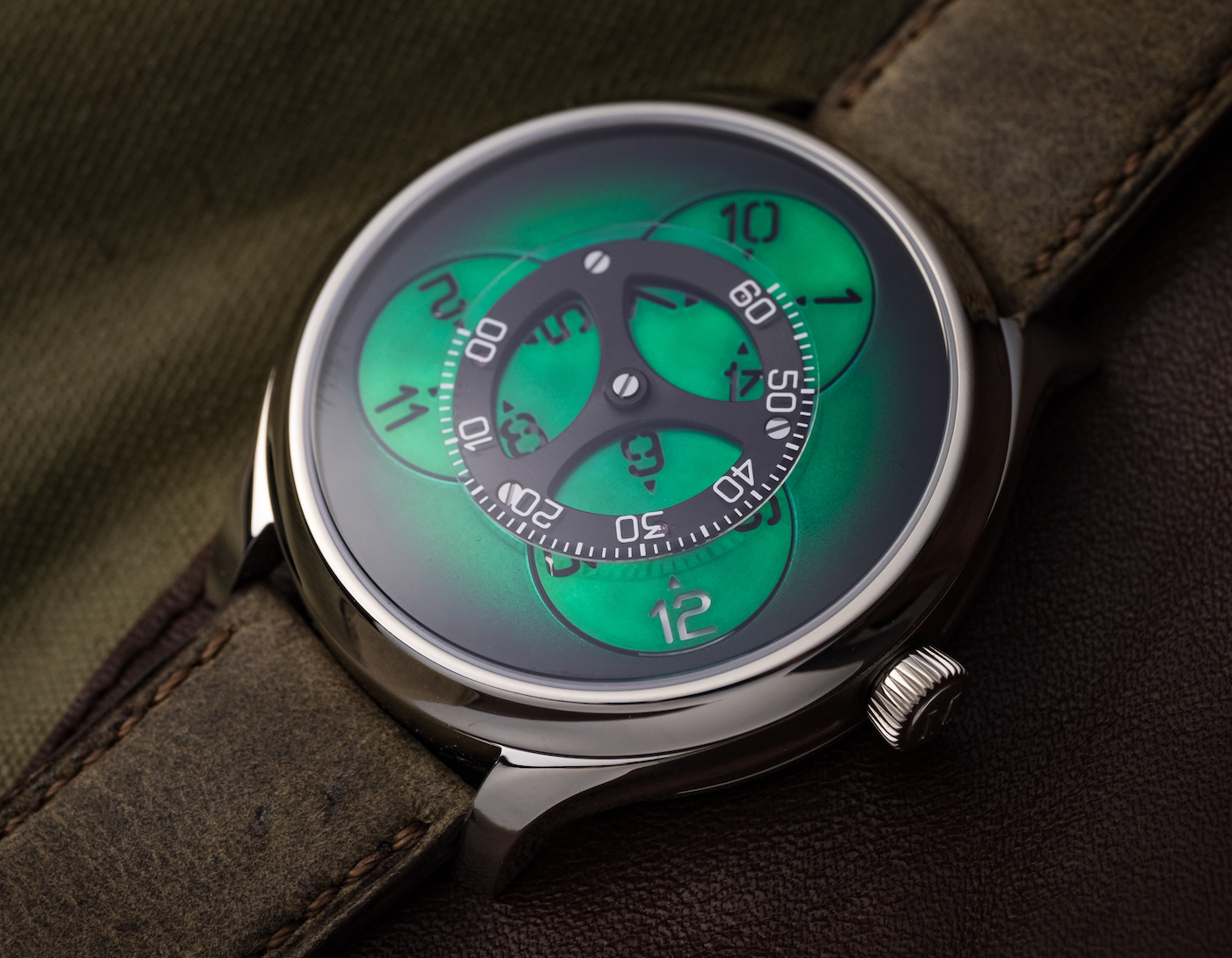 Last year, H. Moser & Cie. added its unique spin on the increasingly popular “Wandering Hours” complication with its outer-space inspired Endeavour Flying Hours (Hands-On here). Known mostly for its sleek minimalist style, the brand often finds itself in a polarizing category of “love it or hate it” releases. While the watch received its fair share of criticism (mostly over its legibility), the brand has released two new models with different colorways — optimizing legibility on one model and adding the brand’s staple green color to the second. The H. Moser & Cie. Endeavour Flying Hours Super-LumiNova features a layer of Super-LumiNova on the display wheels, and the Endeavour Flying Hours Cosmic Green features the signature green found on some of the brand’s most popular models. 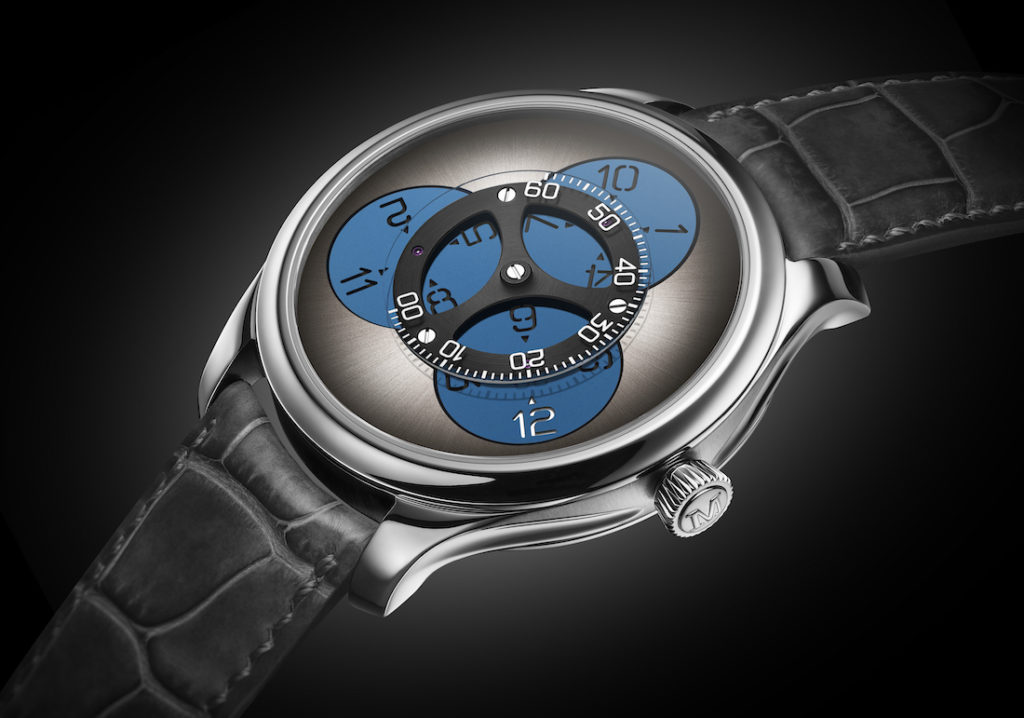 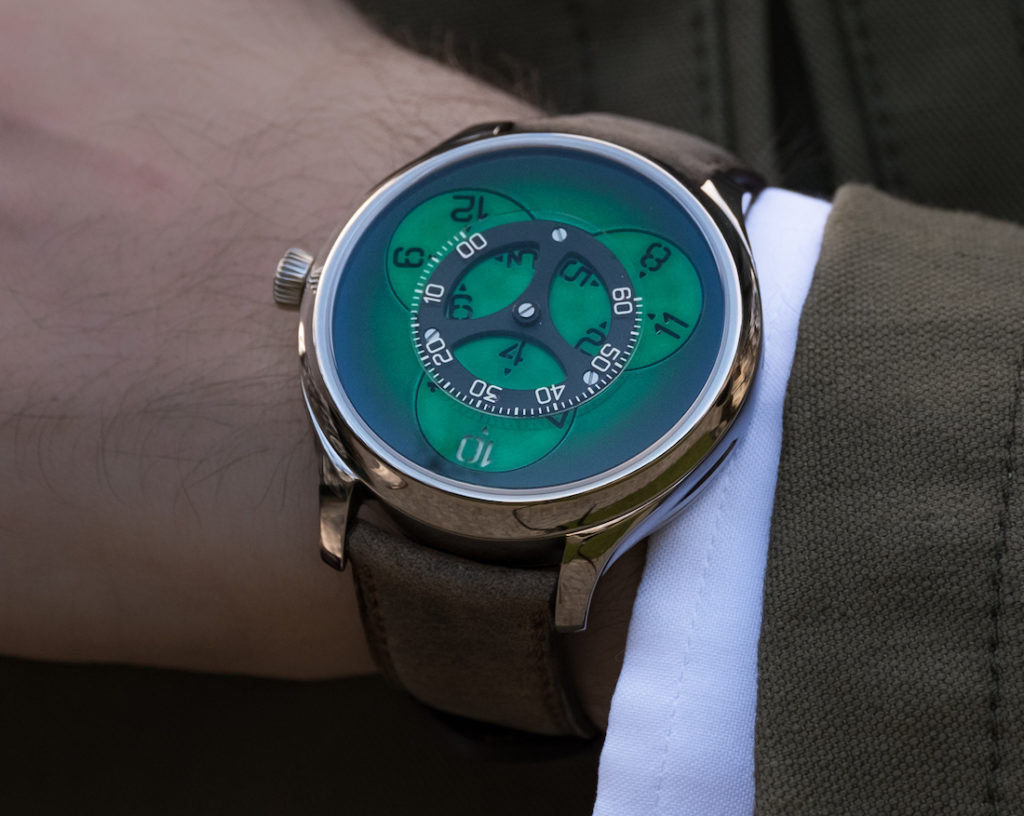 We’ve all discussed the Endeavour Flying Hours to death on Instagram. I feel that, overall, the watch was well received, though many found it to be a cumbersome and unnecessary way of telling the time. I think a lot of that stemmed from the colorway not really allowing for much contrast against the dial, and the learning curve involved in being able to pick out the time at a glance. It seems that, at least on the Super-LumiNova Blue, Moser took some of that criticism seriously. 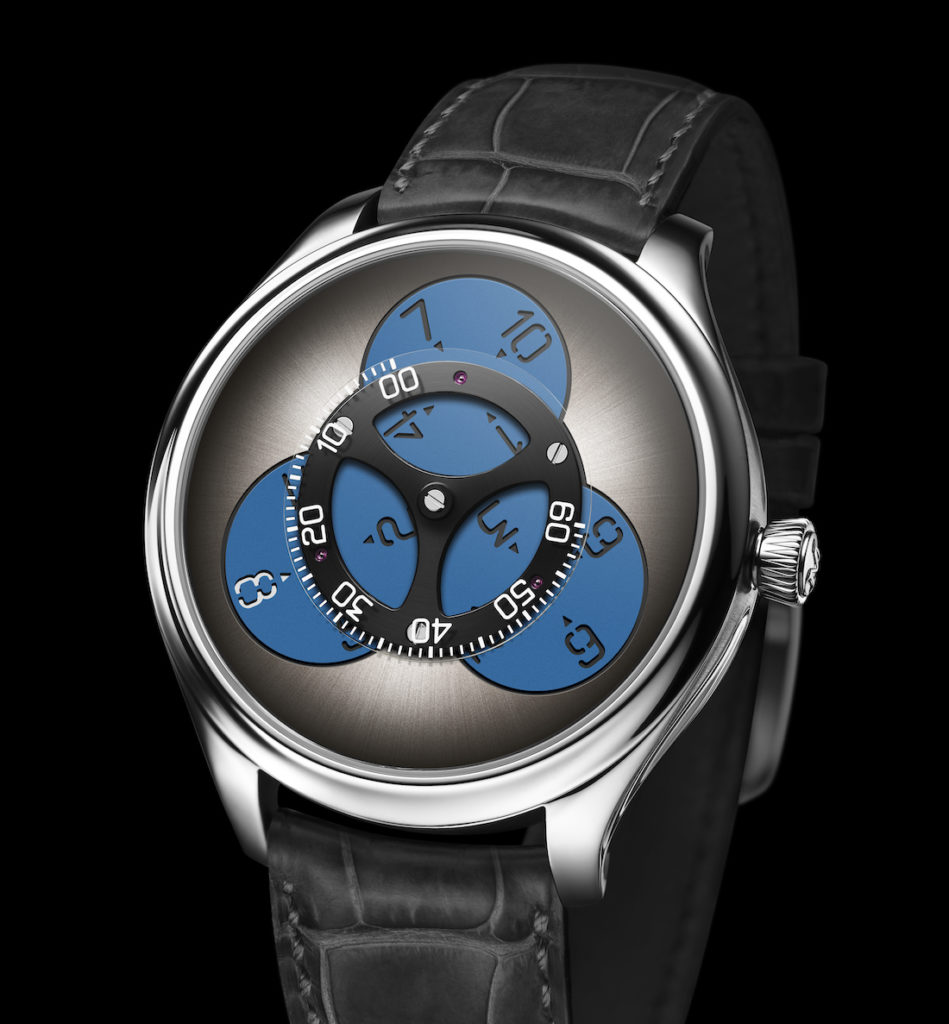 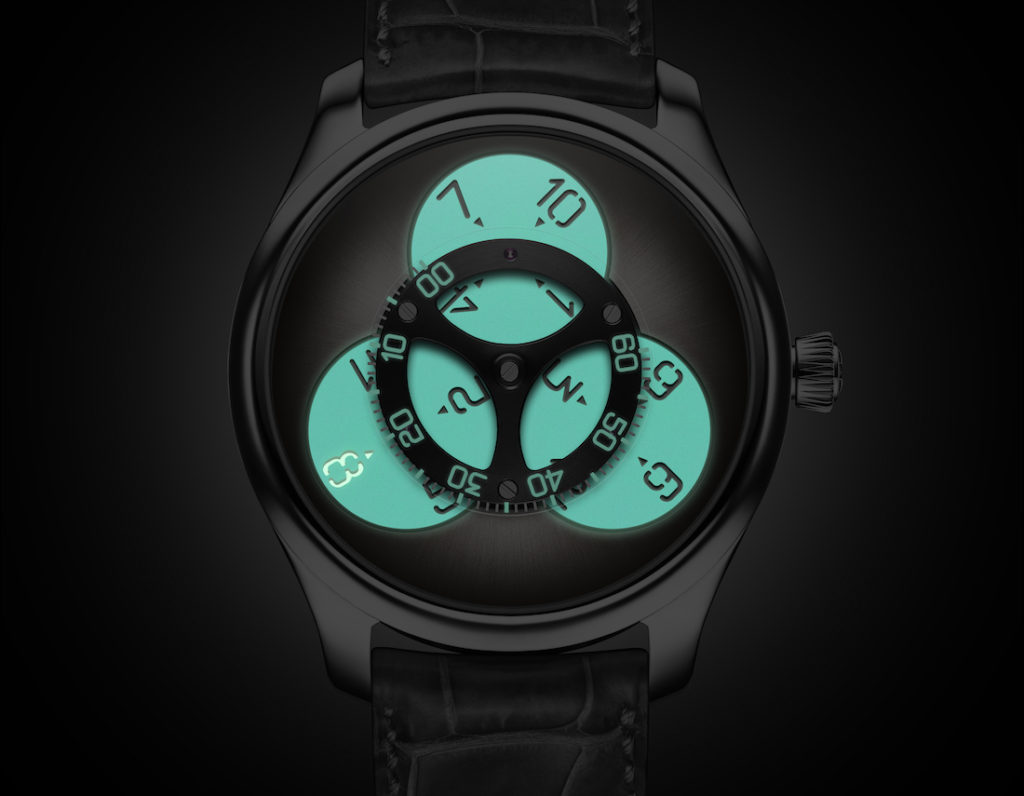 One of the major complaints of the Endeavour Flying Hours watch last year, was that it can’t be utilized efficiently in the dark. A “planetary” influence on the design of the Wandering Hours should have at least merited some lume, right? Well, now it does, in the form of lume-filled disks on the blue model against the smokey gray fume backdrop of the dial plate. There is something UFO-esque about the dial on the Super-LumiNova Blue that wasn’t quite as apparent on the original model. I feel that here you can clearly see the planetary influence of what Moser was going for in the creation of this piece, and it adds immense legibility to the watch.

The Cosmic Green Endeavour Flying Hours is a simple, handsome aesthetic update. The green works superbly well with the overall DNA of the watch, and I found myself preferring this color over the original blue. 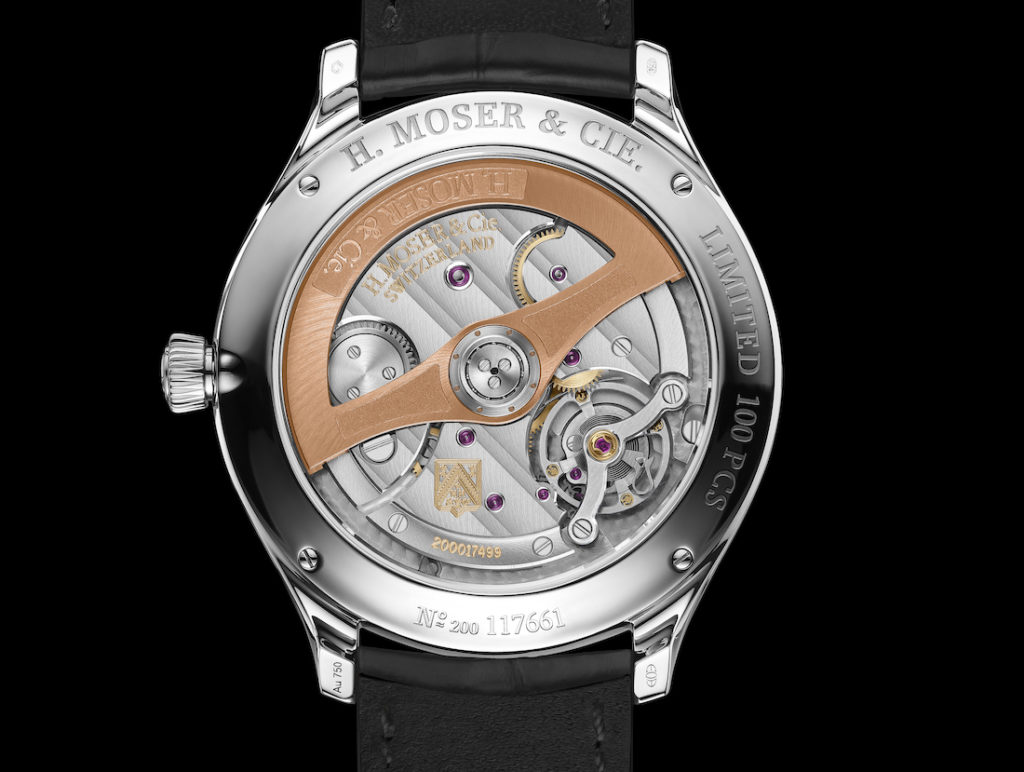 I’m glad to see H. Moser & Cie releasing some updates to a pretty divisive release from last year. Intentional or not, I feel the brand did a good job here of listening to the feedback of enthusiasts and providing an answer to their questions. And that’s something you don’t see in the industry as much as I’m sure we’d all like. Learn more at H-Moser.com.