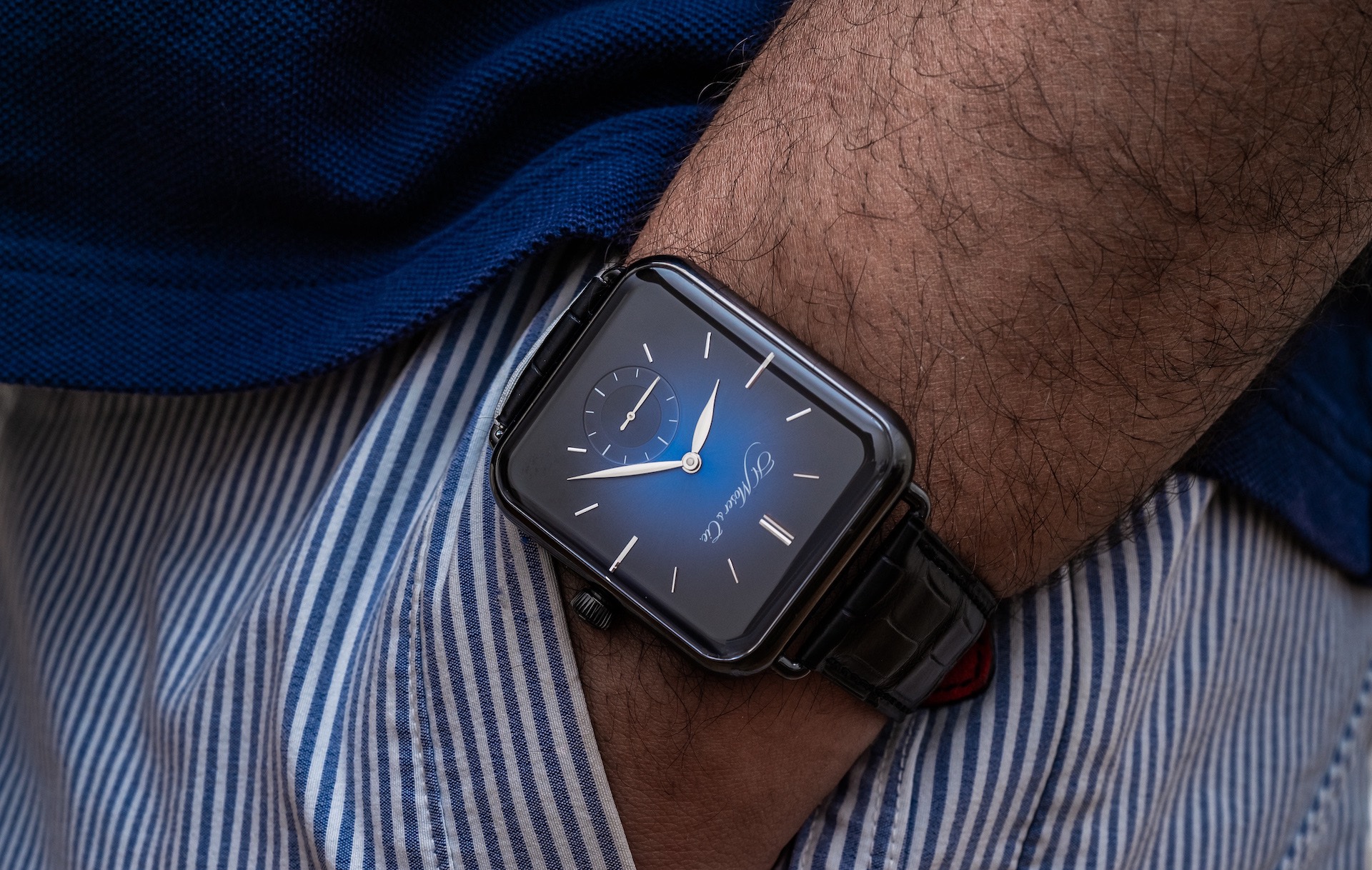 First introduced about four years ago, the H. Moser & Cie Swiss Alp watch is now nearing its final production runs. While it may have been conceived as a parody of the Apple Watch, the rectangle-cased Swiss Alp gained popularity within the (admittedly self-selecting) group of watch enthusiasts who appreciate this brand of wit and watchmaking. Well, that and the ~$22,000 that a Swiss Alp watch goes for. Explanations, takes, and thoughts on the nature of parodying the Apple Watch have been exhaustively shared over the years. When it was first released, I honestly don’t know if I would have expected the Swiss Alp to remain in production this long and with several iterations over the course of its life. 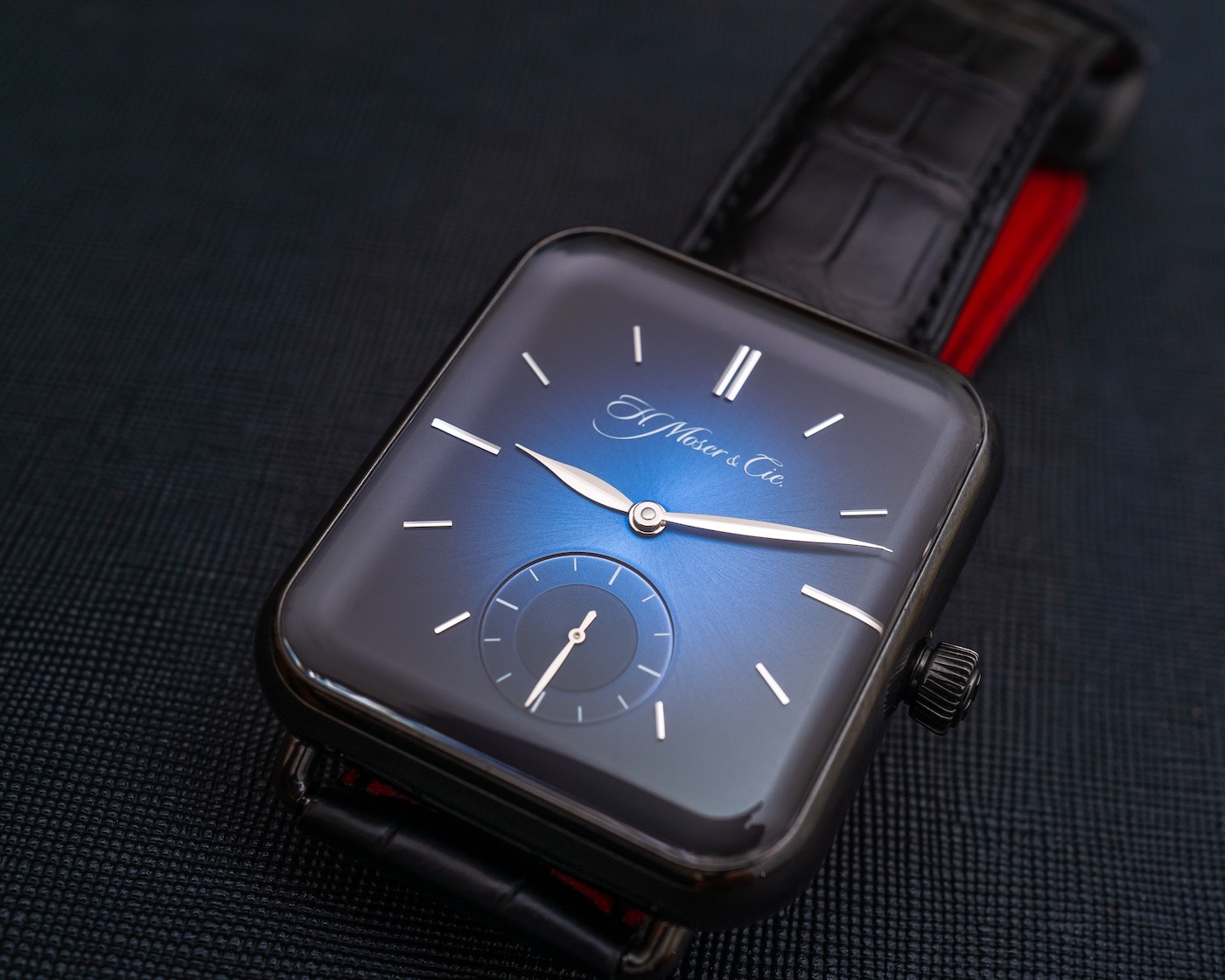 Then again, when I asked H. Moser CEO Edouard Meylan, it doesn’t sound like anyone at the company anticipated even a modicum of success of this concept presented by the then-new head. I asked Meylan about the early days when the Swiss Alp was just an idea, to which he said:

Internally at Moser, the team didn’t actually believe in it. They thought I was crazy and would waste money on this. I was quite new at H. Moser & Cie., so they didn’t listen when I asked them to prepare a few prototypes and get ready for the series right after the launch. We ended up launching the concept with a low-quality prototype, and it took six months for us to produce watches and start delivering the large numbers of pre-orders we had. The response was unbelievable. 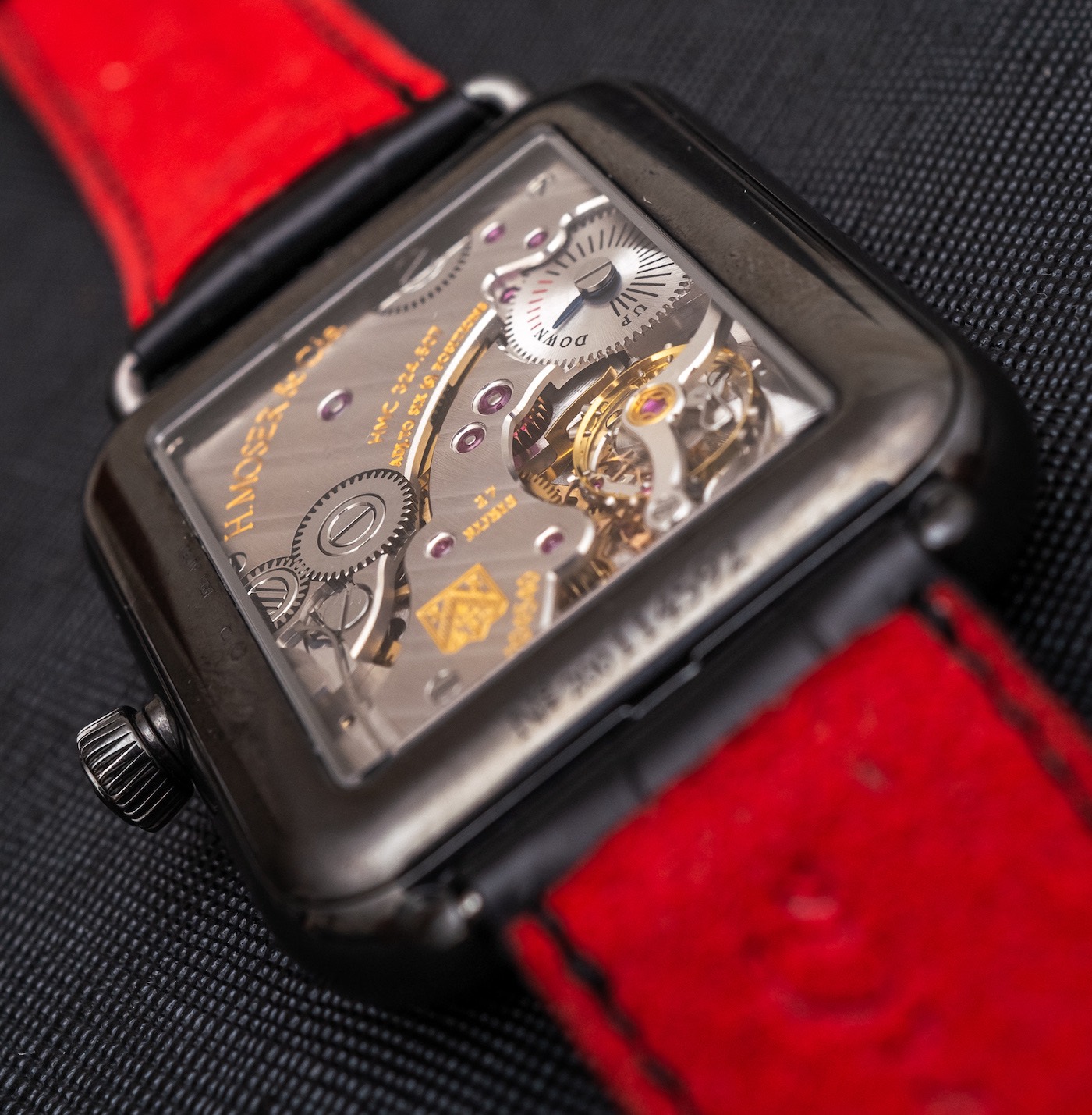 It’s hard to blame anyone resisting the idea by this new young CEO. Entering into a potential legal battle with a tech giant with a market cap larger than 183 countries (including Switzerland and Saudi Arabia) for a product that the enthusiast community could very well deride and dismiss as a gimmick would unbalance any pros and cons list. Of course, none of this happened, and four iterations of the Swiss Alp watch were made, including the non-limited Small Seconds version you see pictured in this article.

(A short editorial aside: It’s sad to think that while Apple decided that leaving H. Moser & Cie alone was the best move, unnamed Swiss peers of the brand weren’t able to have a sense of humor in 2018 when the Swiss Icons watch was forced to be retracted.) 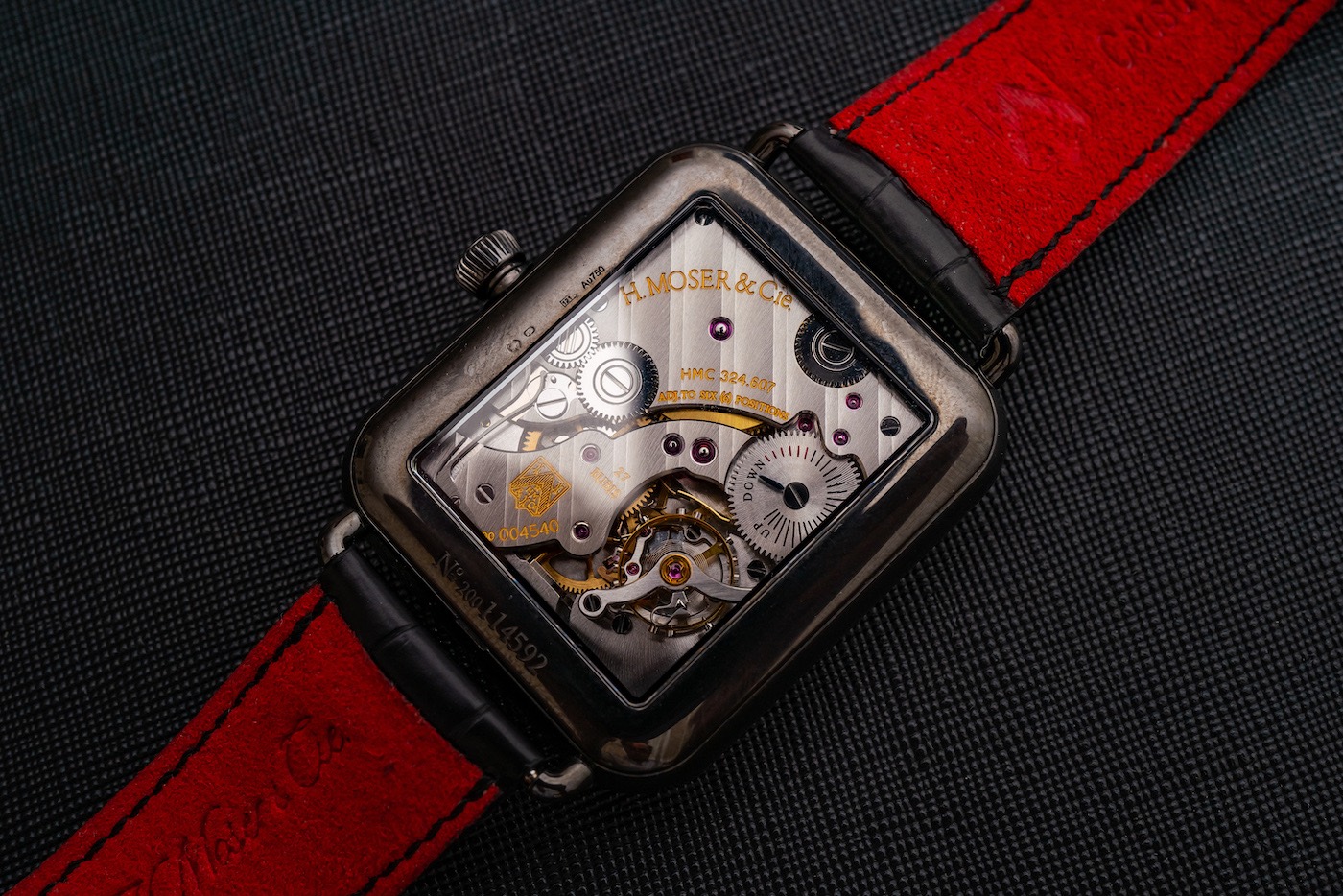 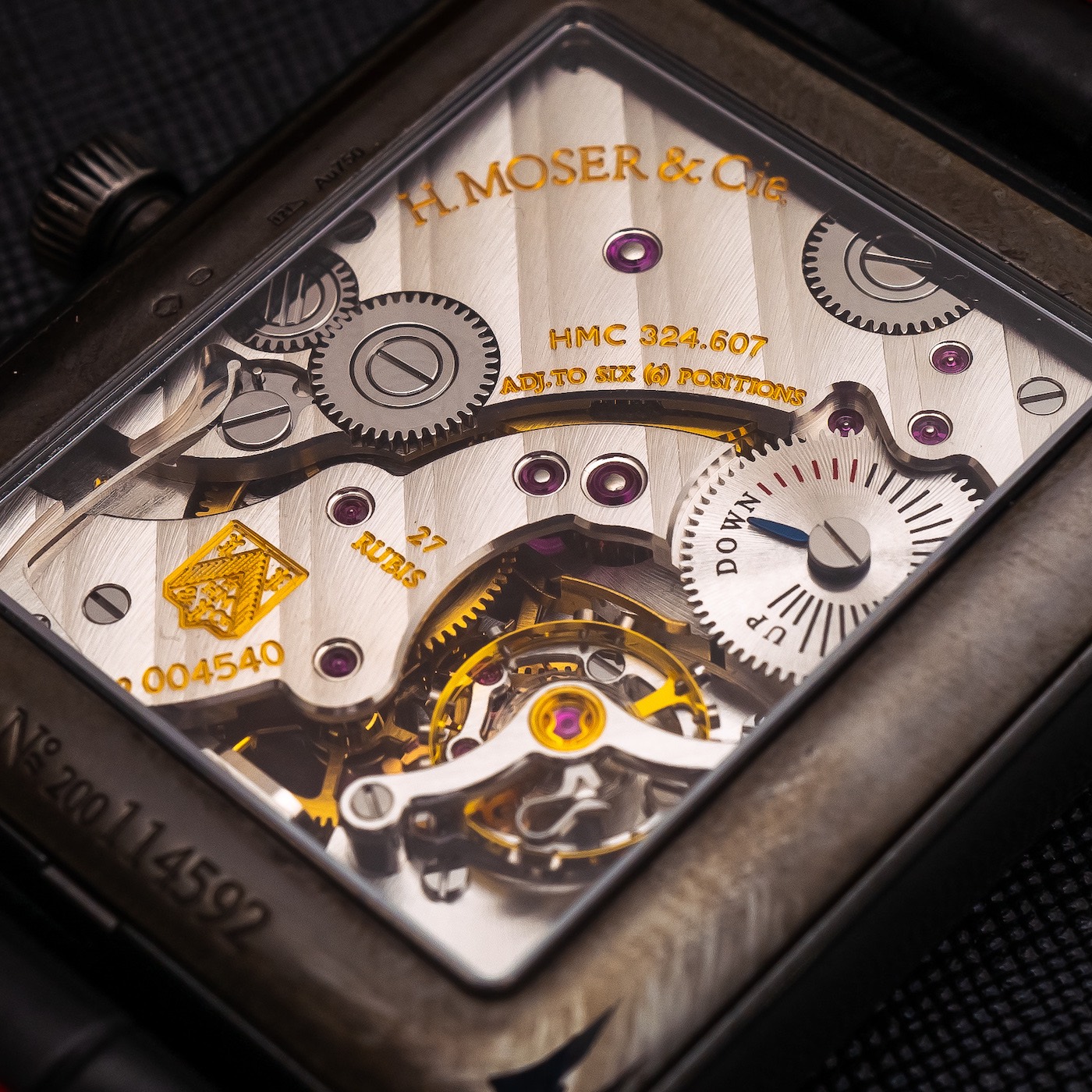 The reason the Swiss Alp is soon headed off to the Valhalla of hard-to-find watches that are highly coveted by collectors is simple enough: They’re running out of movements, and Meylan wisely decided that once they’re done, they’re done.

It’s a reasonable argument that without the movement inside, the Swiss Alp could have been a flash in the pan. The tonneau-shaped caliber HMC 324 was first used in the Henry watch from the mid-aughts. Though nice enough, the pre-Meylan-era Henry stood out in no particular way, but the movement that powered it would go on to make the Swiss Alp possible. Though risky at the time, this was a clever and ultimately highly successful repurposing of the HMC 324 movement. However, it still wouldn’t have been possible without the decision to no longer use the Straumann double hairspring on the movement, which was highly costly to build and resulted in untenable profit margins.

Of course, with these upcoming final production runs, it’s possible that we’ve seen the last of the movement. 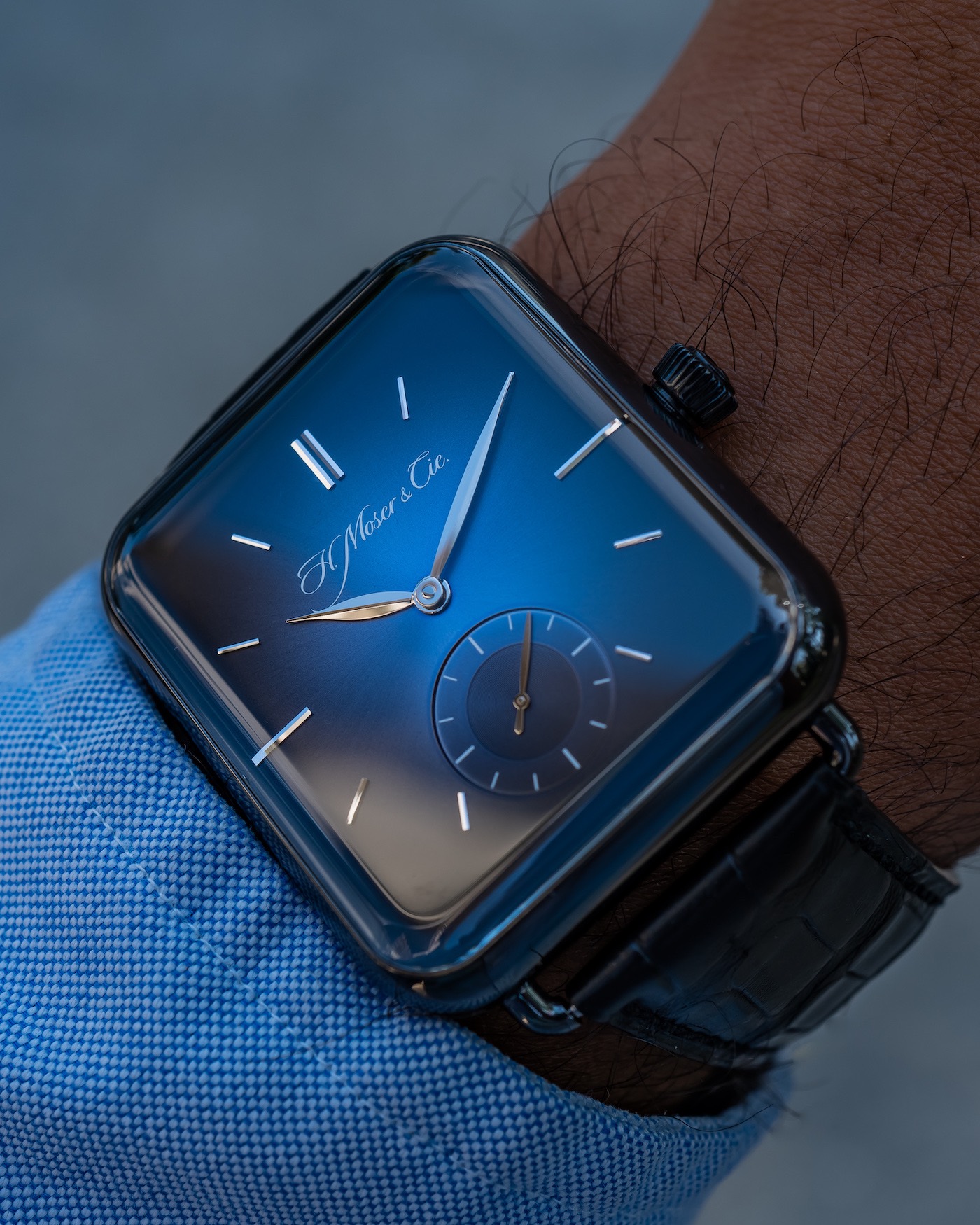 The H. Moser & Cie Swiss Alp Small Seconds watch has been the collection’s non-limited version. Done in an 18k white gold case that measures 38.2mm-wide, 44mm-high, and 10.3mm-thick. This meant it was larger than the Apple watches produced at the time, though the new Series 5 has a version that’s about the same at 38mm-wide and 44mm tall. The Moser wears large, but you won’t hear me complaining. 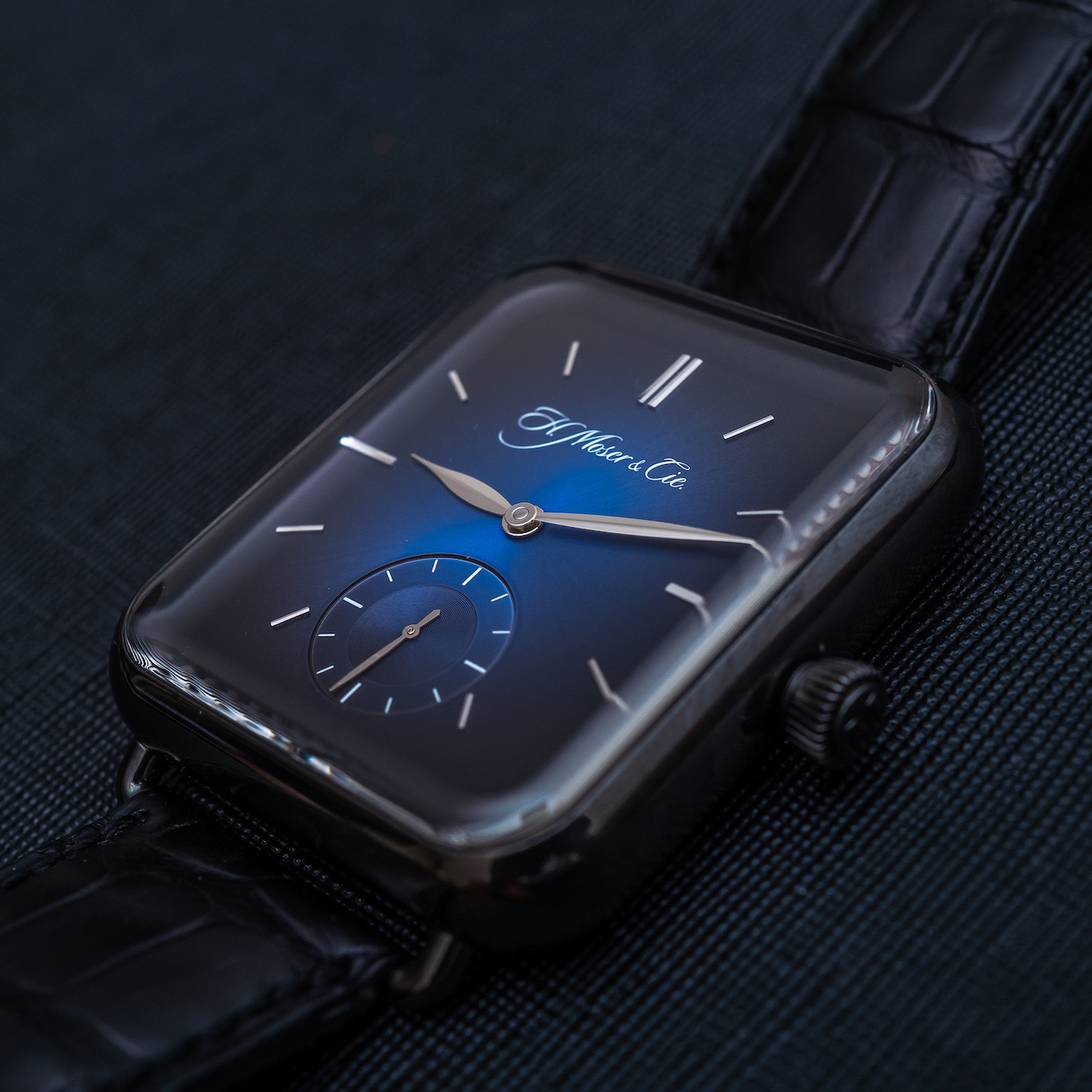 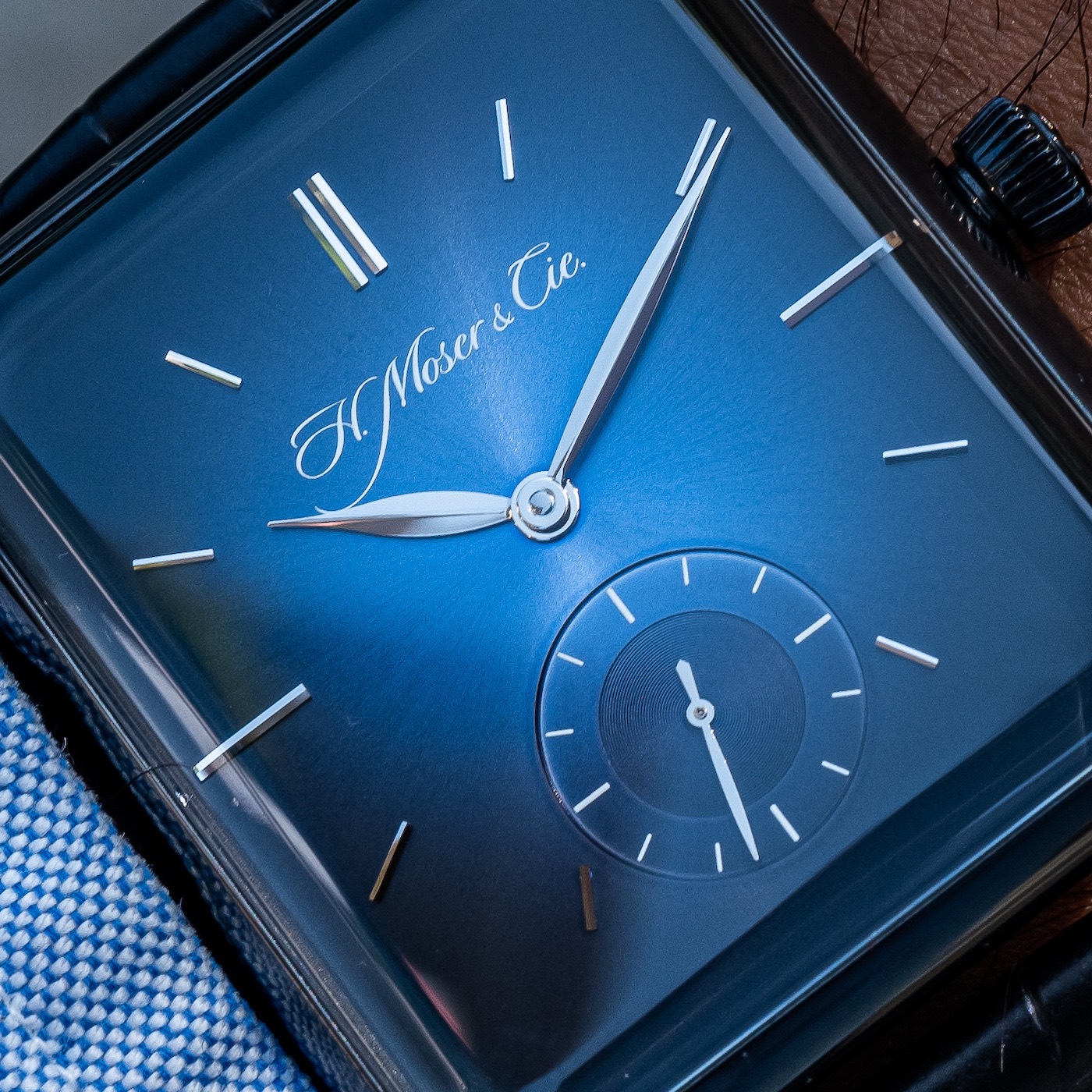 On a leather strap, the H. Moser & Cie Swiss Alp Small Seconds watch is priced at $21,900. You can learn more at h-moser.com.