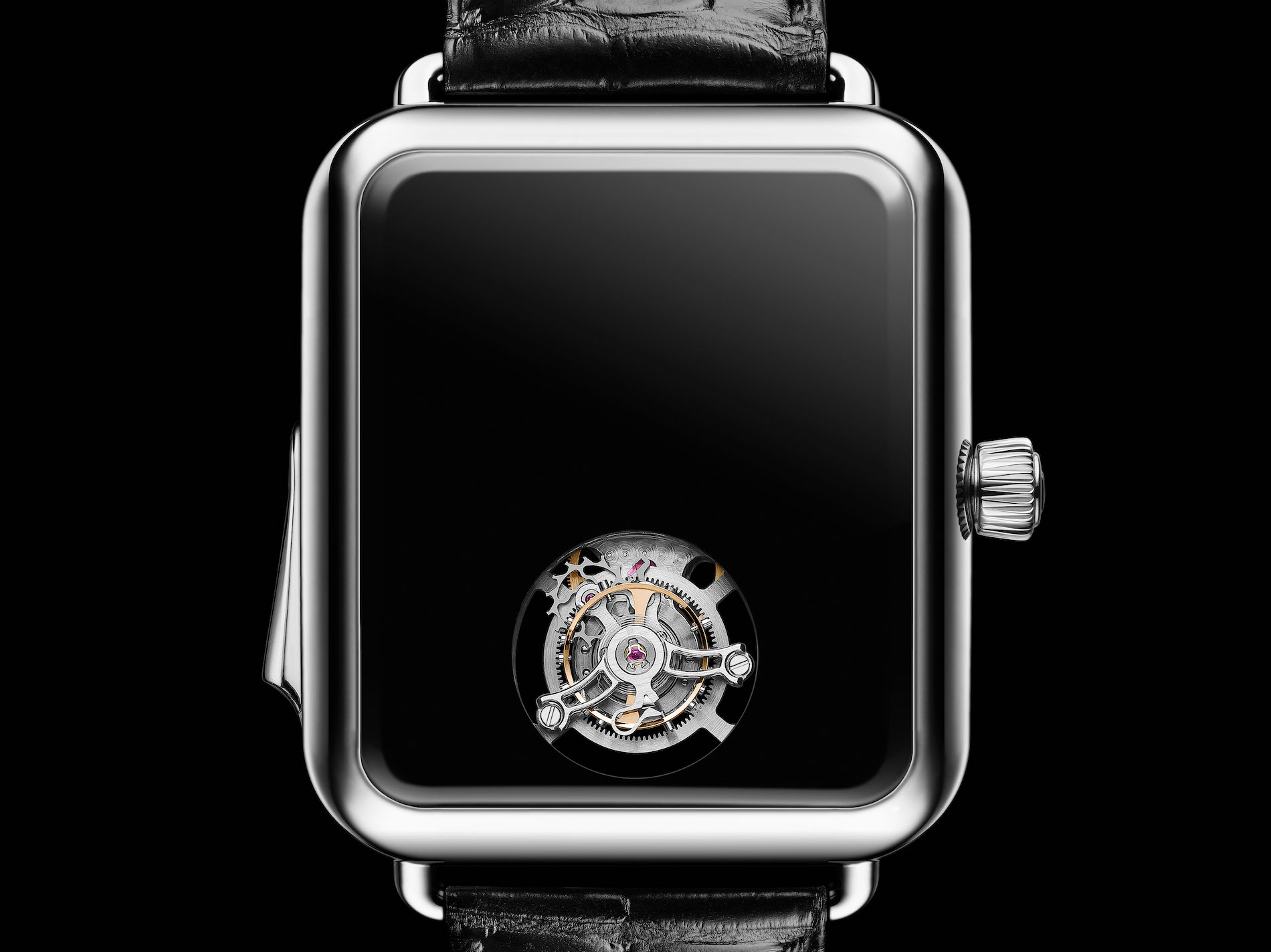 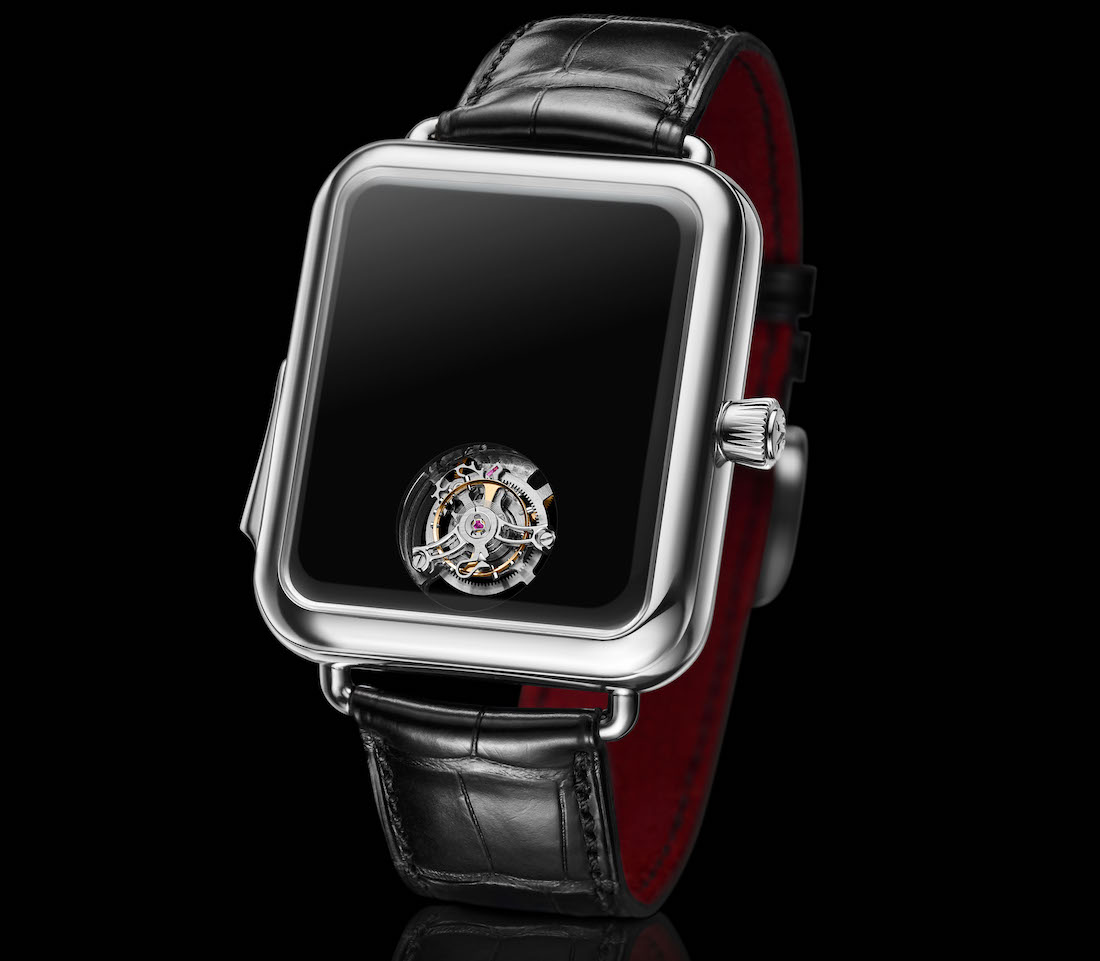 There is minimalism, and then there is the H. Moser & Cie. Swiss Alp Watch Concept Black. There’s a prevailing feeling I get whenever H. Moser & Cie. does something like this: I’m never quite sure if they are totally serious, or whether they’re playing the gutsiest game of “The Emperor’s New Clothes” that the watchmaking industry has ever seen.

When I first saw this watch, I was genuinely annoyed at its audacity. A few minutes later, after I’d calmed down and finished sweeping up the shattered plate I’d thrown against the wall in the midst of a horological hissy fit, I had to admit it was a good looking object, even if it didn’t have any hands. By the time an hour had gone by, I was starting to come around to the whimsy. Once I’d slept on it, I decided I wanted one, if only to send my peers through the same emotional turmoil this watch caused me to suffer. If this is a game, then H. Moser & Cie. just won. 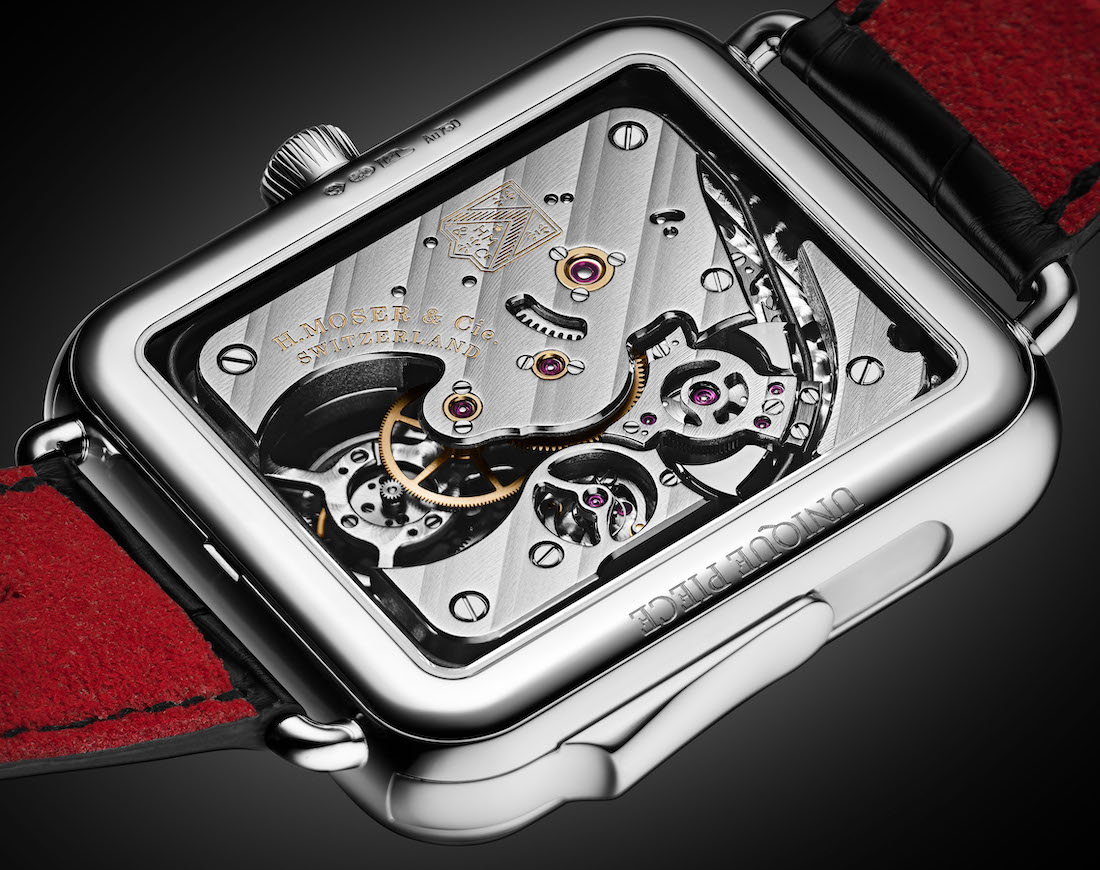 On paper, this watch is totally ridiculous. However, in reality, the sensory engagement the watch requires for the time to be read is novel and interesting. It’s also a hyper-luxury upgrade to the Eone Bradley watch for the blind.

Furthermore, the complete absence of hands is actually less annoying than illegible hands. I’m sure everyone remembers the blackest of the black Hublots that even Jean-Claude Biver confessed he was unable to read. That was frustrating. At least with the H. Moser & Cie. Swiss Alp Watch Concept Black you know the deal.

Technically speaking, this model from H. Moser & Cie. is typically complex. The platinum case has been hollowed out to accept the form-shape movement and provide excellent resonance. A flat hairspring beating at 3Hz will run for a minimum of 87 hours on a full wind. Fitting a tourbillon and striking mechanism in such a petite case is a technical achievement in itself, but creating a reliable setting system without any hands as a reference point is a real challenge. H. Moser & Cie. have achieved this by engraving the crown with 12 markings, each representing five minutes. This engraving is only visible when the crown is pulled out to the setting position, accentuating the flawless case design that is, of course, inspired by the ubiquitous smartwatches that high-end brands like H. Moser & Cie. rail against.

Perhaps I’m going soft in the head, but by the end of my musings, I’d decided in favor of this watch. Yes, it looks like an Apple Watch that’s managed to survive a gunshot to the gut. Yes, it has no hands and costs more than my house. And yes, my hearing isn’t that great so I’d probably be even later than I am to all family functions. But somehow, the boldness, the build quality, and the utter bemusement it offers have won me over. I may be mad, but if I am then this is likely the perfect watch for me. The retail price for the H. Moser & Cie. Swiss Alp Watch Concept Black will be a predictably affordable $350,000. More information at h-moser.com.