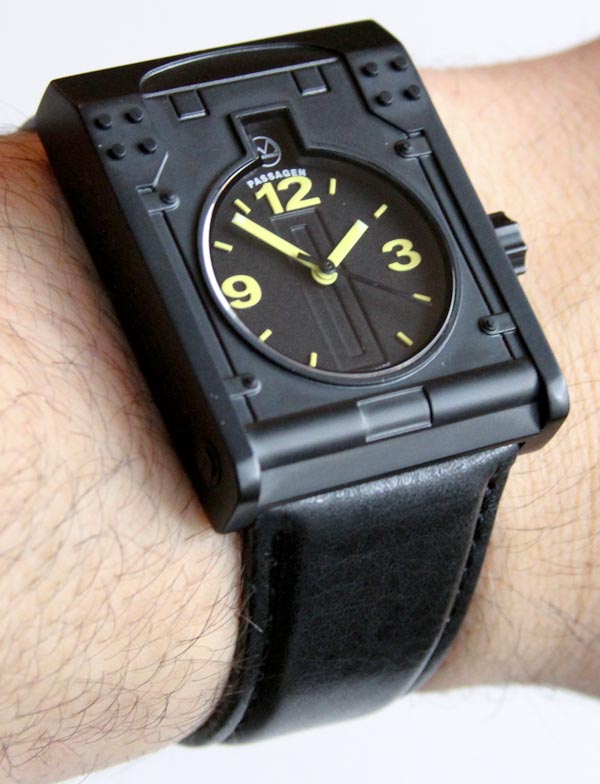 I really wish that H.R. Giger was asked to do most of the movies that Tim Burton ended up doing. I don’t hide the fact that I think Tim Burton (aside from a few good works such as Beetlejuice and Nightmare Before Christmas), is an incredibly bad movie maker and director. It is almost tragic how many classics he was able to utterly ruin for people. Really, who keeps seeing these movies and giving him work? He is really just best as an art director. H.R. Giger on the other hands hasn’t had as much time working with movies, but does have enough work that he could theoretically could tackle more serious endeavors.

So why H.R. Giger? Because he is a rare type of artist that is truly original and plays amazing tricks on the mind. You don’t have to love his bio-mechanical dark sci-fi style, but you can admit it is highly provocative. In fact, much of his work literally is very provocative verging on the erotic. His art and characters are quite endearing, even fearful. For me, Giger will be always best known for his work on the “Alien” from the Alien movies. He is responsible for a few other movie creatures, but not as many as you would think. I am sure he has been asked to do more than he has. Really wish that a version of Dune he was working on got made!

H.R. Giger has an interesting and dedicated fan following. Most people who are serious fans of his work know him for his visual art and sculptures – as opposed to his role as a character and set designer. Giger is fascinated, almost obsessively, with industrial design. Like many artists who follow themes, Giger takes industrial images and recreates them (often time and time again) in his own image. In fact, most of his work is some manner of re-imagination from something he sees in real life. This is the case with the Passagen series of works. One of them is displayed here, and is the inspiration for the H.R. Giger Passagen watch.

What Giger was working with in the Passagen series was actually the back of a German garbage truck. He is quite good at never letting you know what his art is based on. The Passagen series has many works in it, each done a bit differently. Many of them include elements of female anatomy -which Giger enjoys including in his art often. The Passagen watch will hopefully be the first of many Giger watches. While this one is relatively simple given the artist’s style, it is an interesting look into what is possible.

To my knowledge there has never before been an H.R. Giger watch produced. Though a long time ago I did write about art Giger did that included Swatch watches. What is ironic (at least to me), is that Giger is Swiss, and hasn’t been included more in the watch industry. You’d think at this point in his career he would have a few interesting pieces under his belt. But now one exists, and fans are gonna be happy to have on to go with their Harkonnen Chairs.

Atelier Morpheus, who produced this watch, has an existing relationship with H.R. Giger -which is likely how this piece was even able to come into existence. Morpheus had been working on the Giger watch for years. Newer to “the watch game” Morpheus first released the Culinary watch – that I reviewed here. The lessons they learned there helped make the Giger watch possible. There are a few versions of the H.R. Giger watch, but they will be limited to no more than 175 pieces total. This version in PVD black with a yellow and black dial is limited to just 50 pieces. The official name of the watch is the H.R. Giger Passagen Watch by Atelier Morpheus. The watch in steel, is rather modest in size at 32.65mm wide, 43mm tall, and 10.55mm thick. It isn’t a small watch per se, but it isn’t large. People might need to adjust to the size of it if you are used to much lager timepieces. Though I must say that it is a very comfortable watch. On my wrist it was quite perfect, with the lug to lug distance being ideal and the soft calf leather strap (which tapers) wraps around my wrist easily.

The watch also comes with a black rubber strap, and you can see how the straps connect under the watch as it features a lugless design. The “Gigerness” of the watch is subtle. Hold the piece up to a Passagen work and you can see the similarity. Though aside from the large “Giger” text engraved on the side of the case, this watch does not readily make it clear it is a watch meant to evoke the Giger aesthetic. This might be intentional, but I would have suggested that the piece be more Giger in the brand is aiming for Giger art collectors. If you look at watches that Giger himself designed in his art, he prefers very simple pieces, that are visually interesting by arrangement, not necessarily design. Nevertheless, the construction of the watch is rather complex. Note the sapphire crystal that is not all round, that bit at the top is not easy to do. Also the small “bolts” on the dial need to be hand placed on each piece. The off-centered watch dial is easy to read – even though it is smaller. The yellow hands and hour markers are not ultra original looking, but quite easy to read. There will also be an 18k gold plated version of the Passagen watch that ought to have a different feel to it.

Inside the limited edition pieces are Swiss ETA 2824 automatic movements. Of course I love mechanical watches, but oddly Morpheus decided to go with an all black seconds hand. It makes it stealthy, and a bit hard to see it sweeping around the watch dial. Often time mechanical watches like to emphasis the seconds hand, not hide it, but from a visual standpoint it is unique.The rest of the dial does have some SuperLumiNova on it for reading it in the dark. On the rear of the watch is Giger’s signature. Like I said, I think that H.R. Giger art fans will like the piece. If you aren’t really in to him, then the watch simply won’t have the same meaning. Price is also a bit high for non-fans. But since a  lot of original Giger art is expensive, I don’t think the price of the H.R. Giger Passagen watch is highly unreasonable at $2,995 (for this black PVD model). The gold plated model will likely be a bit more. I do like what Morpheus did here, even if I crave a bit more “Giger” in the watch. Pieces like this aren’t easy to make, it was likely a balancing act of making the watch mainstream enough to wear daily, while paying homage to Giger’s Passagen body of art work.