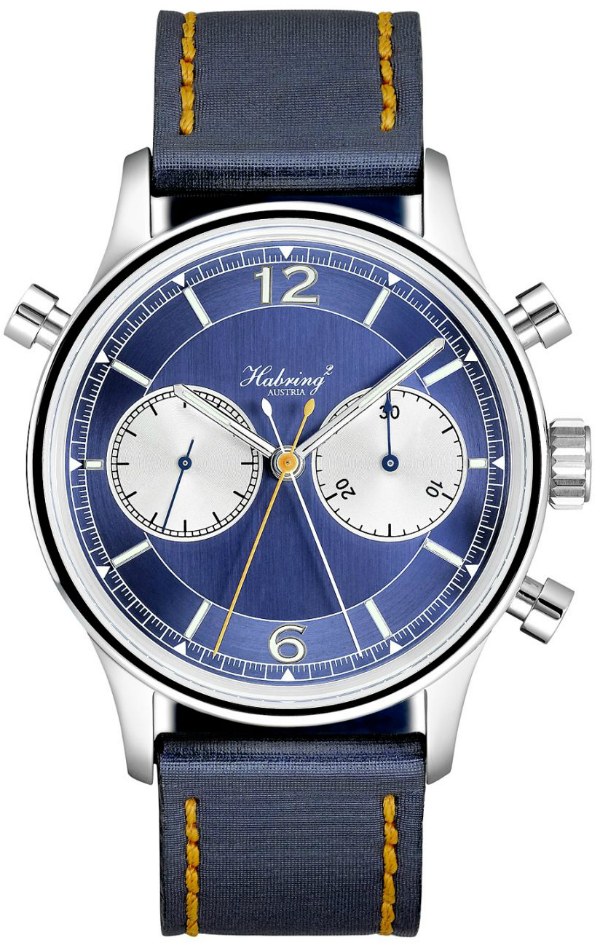 I don’t know why it took me until now to cover Habring² here on aBlogtoRead.com. You’ve heard about German watch makers, but what about Austrian ones? Well now you have. These guys are pretty cool – and certainly unique. Imagine if Sinn and Tutima had a cousin across the border. Similar but different, that German speaking cousin regularly wore bowties. That would be Habring². I mean all is good except for the little mathematical “squared number 2” numeral next to the name. I get that it is a team of Maria Kristina Habring and Richard Habring – but did they need to choose a character that requires like 10 minutes to figure out how to enter into a text document?

If Habring² was a mathematical equation I think the result would be Germanic mechanical sentiments times nouveau design classicism equals whatever you see here. That makes sense right? I never did very well in abstract math. With highly limited production numbers, the best pieces are watches like this Doppel 2.0 (redundant) chronograph watch with what I believe is an in-house movement and slick design. 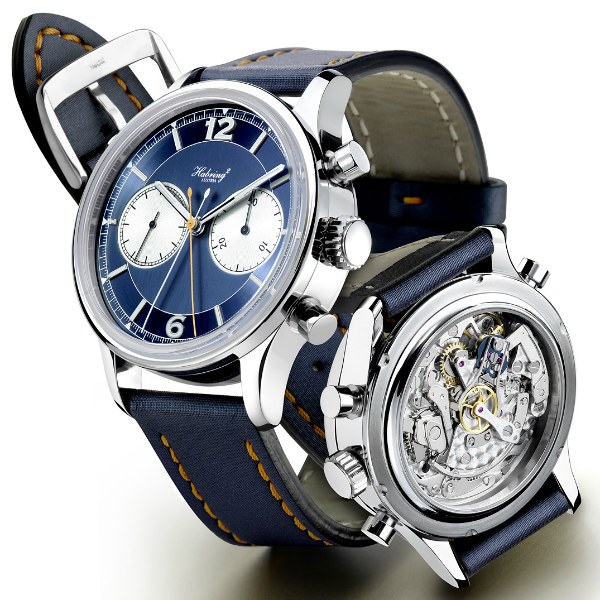 Inside the Habring² Doppel 2.0 watch is a new movement that I believe was developed and produced in-house by Habring². Actually, the precise nature of the movement is unclear to me. What I think is more likely is that Habring² – at their workshop – modifies and decorates a base ETA chronograph (or otherwise) movement. The result is the Habring² caliber A08MR manually wound split second chronograph with 48 hours of power reserve and regulated-to-chronometer specs. The movement can be admired through the sapphire crystal caseback.

The watch itself will come in a 42mm wide steel case. Attractive, the design is rather low-key with vintage style plunger pushers. The split second pusher is on the left side of the case. The case is water resistant to 50 meters and has a sapphire crystal. According to Habring², the case has the watch serial number engraved on the case between the lugs.

The dial design is sexy and clean, with an obvious retro appeal. Colors are modern however, and the watch feels more Madison Avenue than it does “history book find”. Habring² used larger silvered subdials which look more modern, as does that clean look of the dial – which still feels instrument panel like. Hands are pretty well sized and legibility is high. The thin hands and hour markers are coated with luminant.  How do you feel about the aviator style “12” and “6” Arabic hour numerals? I rather like the touch. 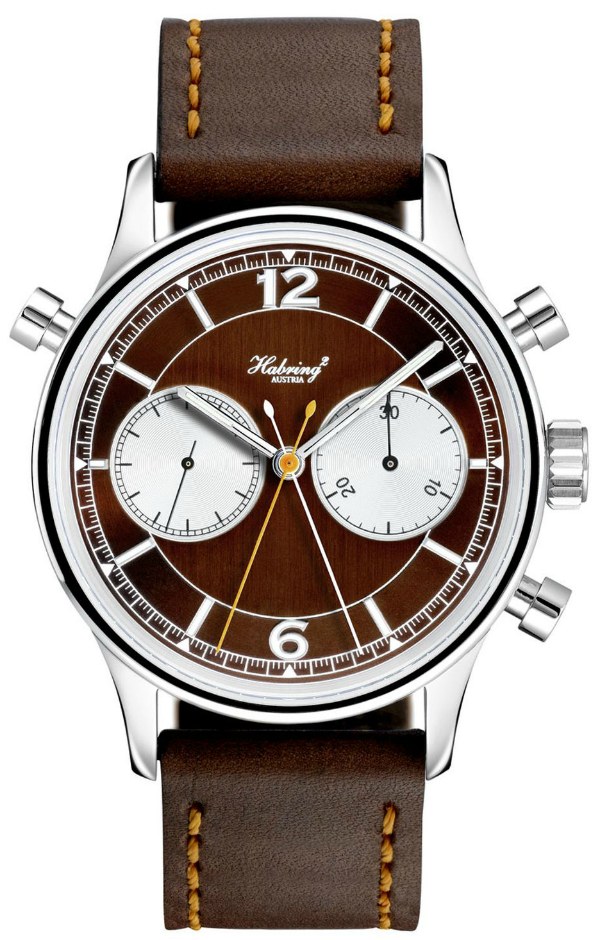 Habring² will offer three dial color options – being blue, brown or gray. The attached leather strap with lighter brown/orange contrast stitching feels very “Louis Vuitton” in hue. Each color version of the Doppel 2.0 feels well-executed and I think Habring² will do well with this range. According to them, they will produce only 20 pieces of the Doppel 2.0 watch each year. That is pretty Austrio-exclusive. Price is 6,000 Euros.