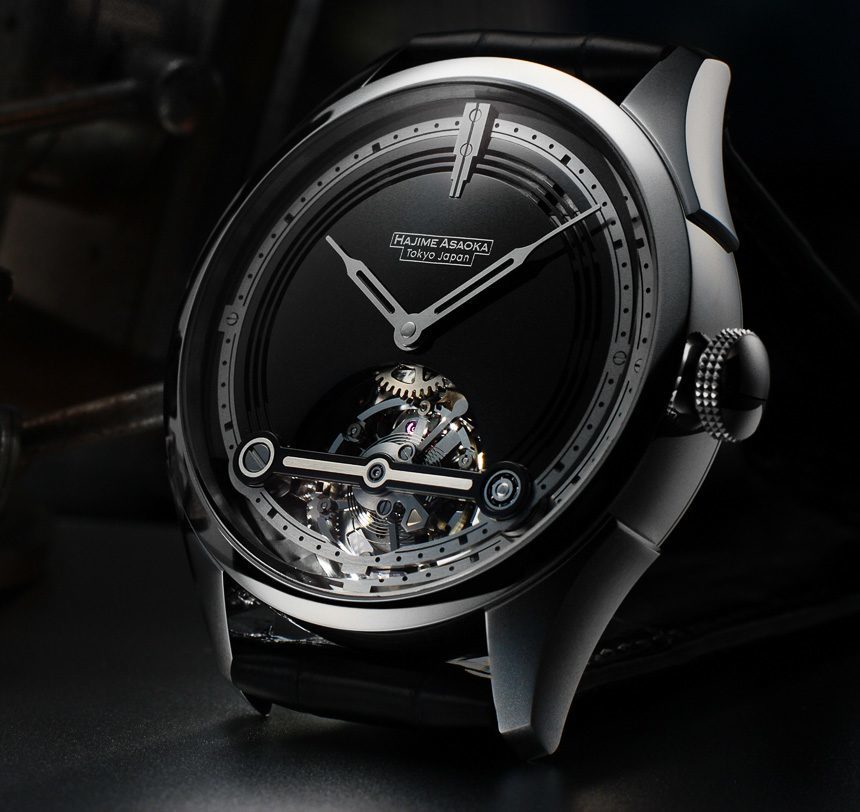 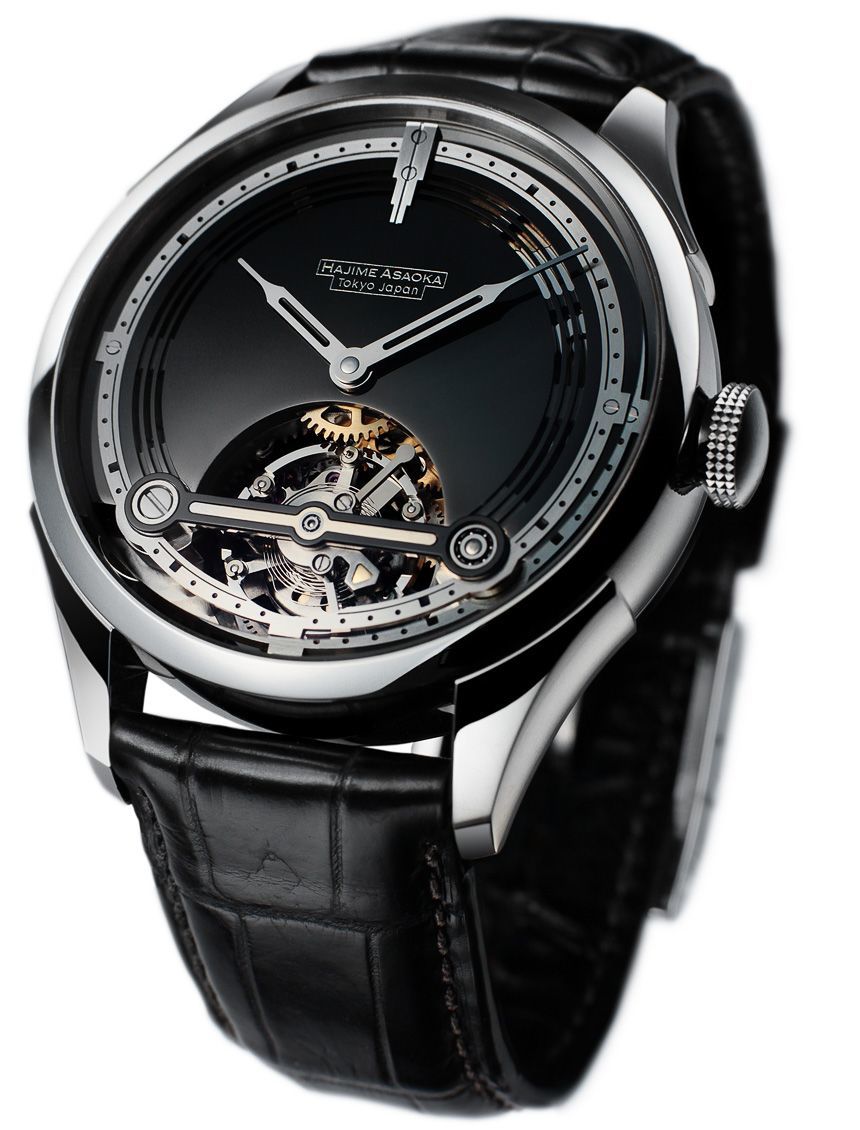 High-end, independent, and self-taught Japanese watchmaker Hajime Asaoka presents his second watch, the Project T Tourbillon – and it is beautiful. We introduced Hajime Asaoka back in 2011 when he released his first Tourbillon watch. The Hajime Asaoka Project T continues where he left off the with first tourbillon, further extending his cool and masculine art deco sense of style. 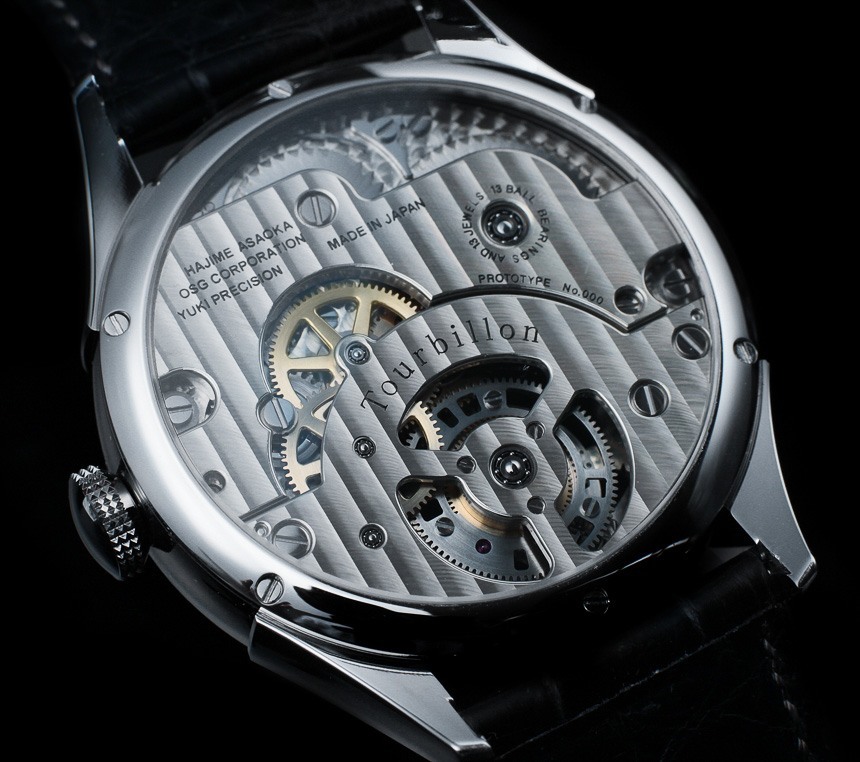 When you are a small independent watchmaker your biggest problem is getting parts. Finding the right tools and parts suppliers can be very difficult. So difficult that larger brands almost always have the edge when it comes to getting the best made parts. Therefore, it is interesting to see a collaboration with machining companies that has resulted in something very positive for the world of independent watch making. According to Hajime Asaoka, OSG and Yuki worked with him on producing new tools and milling techniques that allow for the creation of very small, very precise parts in ways that were perhaps not done before.

The result is a truly fantastic Japanese-made mechanical tourbillon movement inside of the Hajime Asaoka Project T timepiece. The the new tools used not only allow for the cutting of very small parts, but also of parts that look great afterwards, which can be properly finished by Hajime Asoka. In my opinion, there is a beautiful mixture here between modern industrial design and traditional watchmaking. 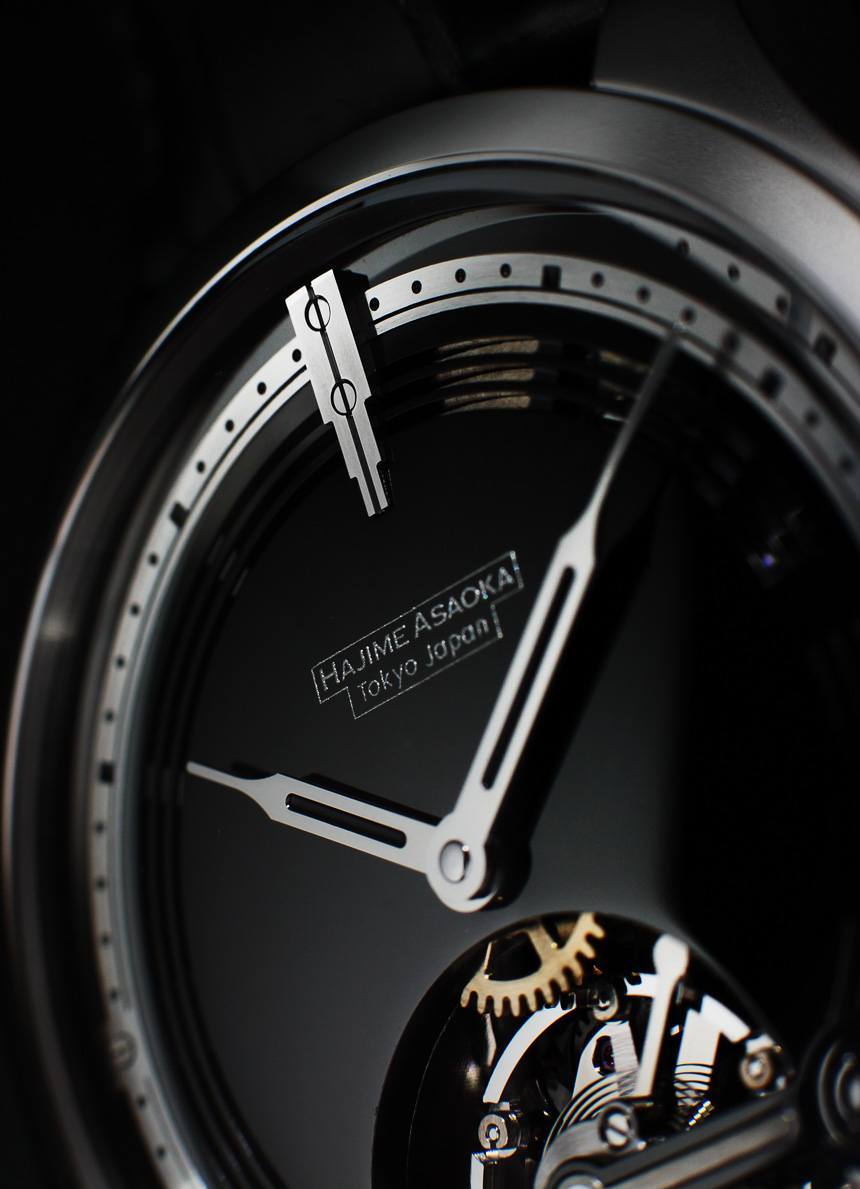 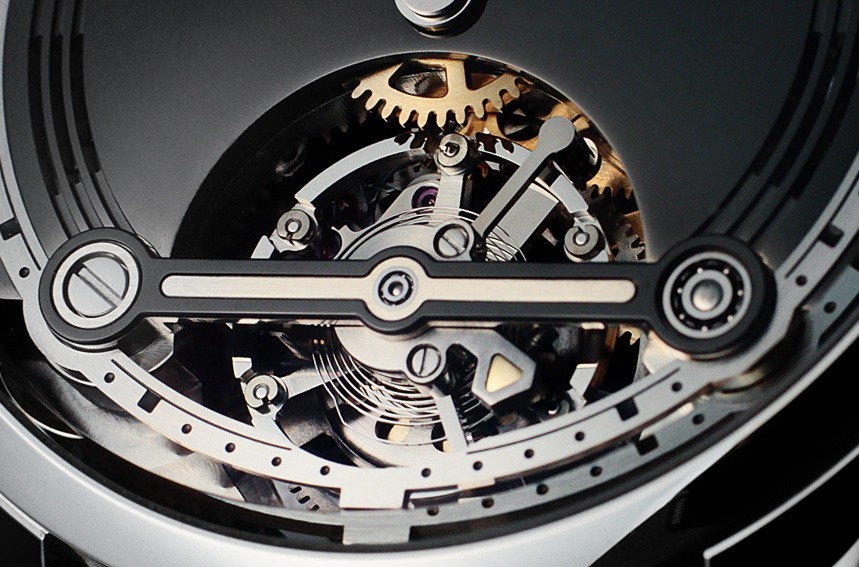 With 40 hours of power reserve, an 18,000 bph frequency, and the time with tourbillon, the movement inside of the Hajime Asaoka Project T looks relatively basic on paper. What is important to know is all of the little elements the movement has which most don’t. First of all, the movement makes use of many ball bearings as opposed to traditional ruby palettes. You can see one used, for example, in the right arm of the tourbillon bridge. Ball bearing pivots are generally much more robust than others.

The movement is also separated into various sections, making both production and servicing better. In a sense, the Hajime Asaoka Project T movement is designed like much higher production machines where service and maintenance are more of an issue. The balance wheel is free-sprung, and according to Hajime Asaoka, these are the only free-sprung balance wheels made in Japan – something rather necessary for a tourbillon. The entire tourbillon assembly is mostly made of titanium – again, something that without special machining technology would be mostly unavailable to smaller watchmakers. Furthermore, the entire section of the movement dedicated to holding the tourbillon, including the plate and bridge, are precision-cut from a single piece of metal which enhances the stability of the movement overall. Last, the movement makes use of wolf-teeth gears which are superior to normal gear teeth but are generally too difficult to machine. With these new techniques they aren’t an issue. 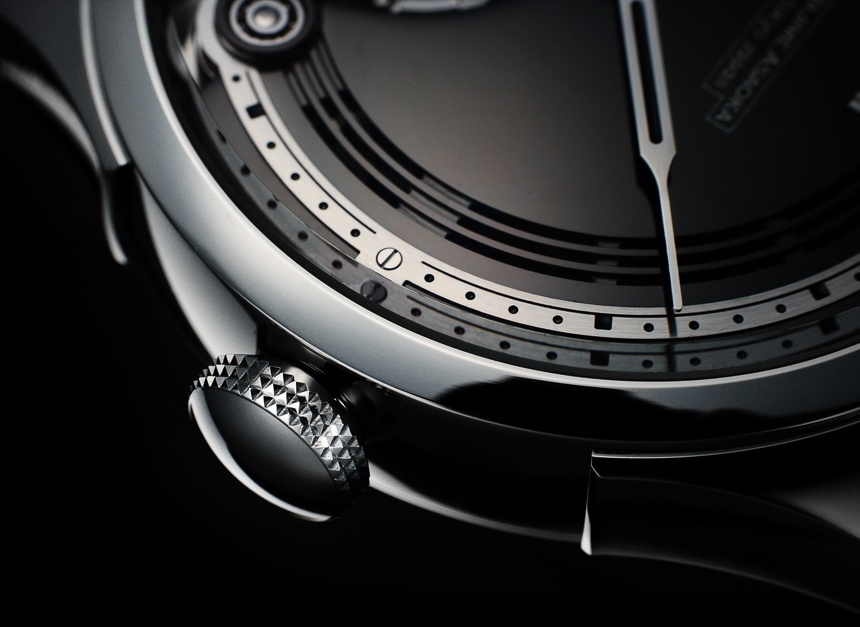 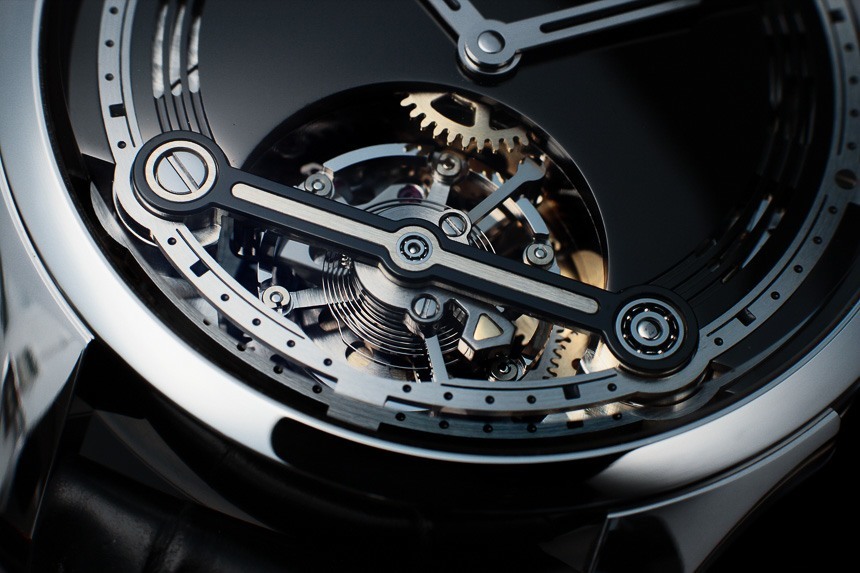 If anything, the Japanese Hajime Asoka Project T is a testament to how the Japanese can adopt an idea from another country’s culture and put their own spin on it. I’ve long since been fascinated by high-end Japanese mechanical movements (and products overall), and I love how in this case you don’t just see a Japanese execution of a Swiss product, but a Swiss concept that is combined with Japanese manufacturing intelligence.

I am totally in love with the dial design of the Hajime Asaoka Project T Tourbillon watch. The main face plate is DLC coated for a glossy high-end industrial look and the modern art deco-inspired aesthetic elements such as the hands, and hour markers are irresistible. The Hajime Asaoka Project T watch case is 43mm wide and I believe it is in steel. Price is 8,000,000 Japanese Yen or about $79,000. hajimedesign.com