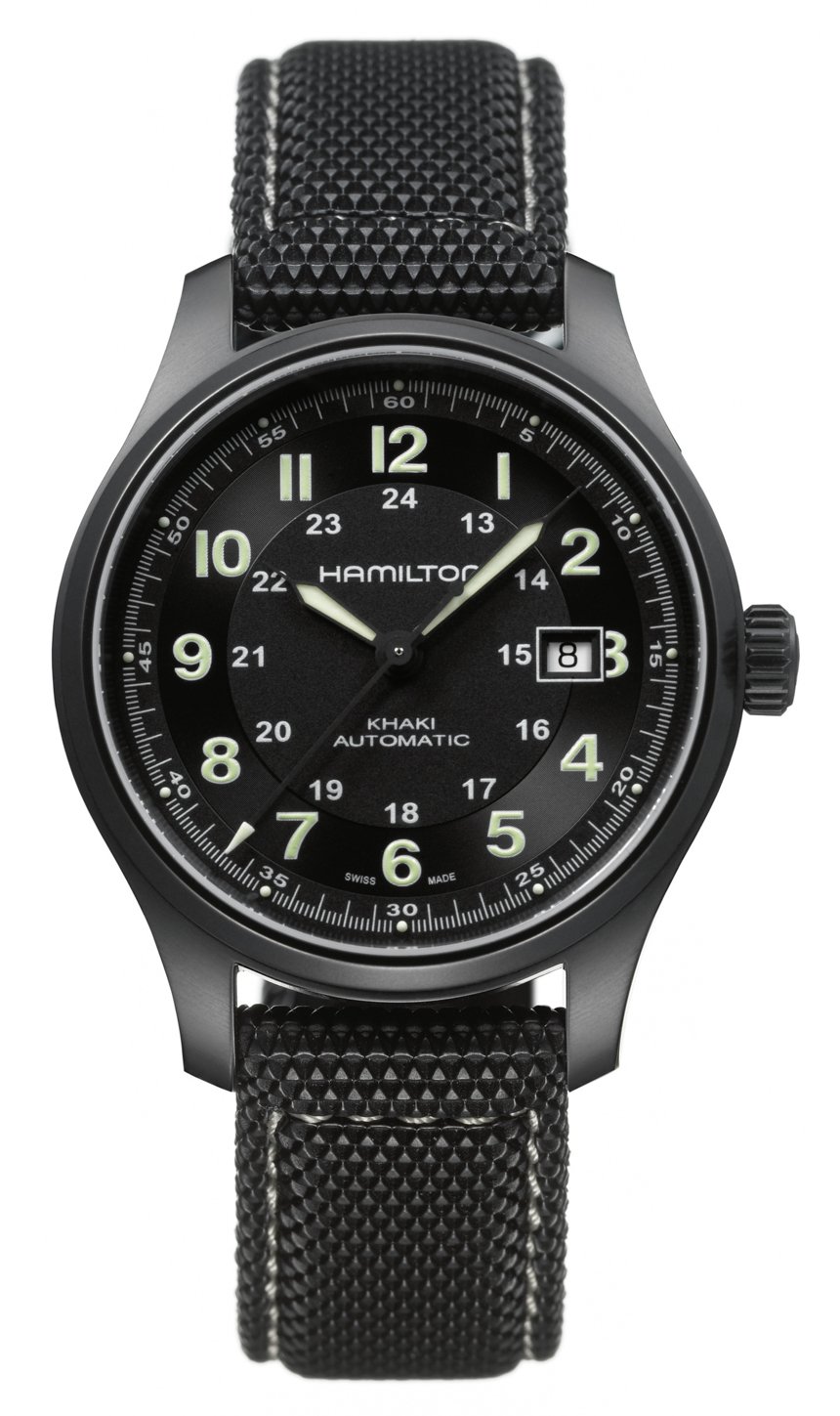 This month you actually have two chances to win a watch on aBlogtoWatch. In addition to the Gc-3 Automatic watch giveaway, we are offering a special opportunity to win a Hamilton Khaki Field Titanium Automatic (ref. H70575733) watch – the same model as the one worn by Chris Pine in the movie Jack Ryan: Shadow Recruit. This particular giveaway is for US residents only. See details below on how to enter.

Opening on January 17th, 2014 movie goers will will be treated to the latest film in the Jack Ryan series. From Patriot Games and Clear and Present Danger, to the sublime Hunt for Red October, Tom Clancy’s idyllic American hero has been the central character in a long running series of books and films. Jack Ryan: Shadow Recruit is sure to boast enough explosions, espionage and general extremeness to make Ethan Hunt consider calling in sick, not to mention a solid supporting cast of watches.

Watchnerds checking out Shadow Recruit will surely notice a couple of interesting watch placements courtesy of Hamilton watches. Hamilton’s watches can be seen in so many movies, including on Ryan Reynolds in Buried, Mark Wahlberg in The Italian Job, and more recently Jai Courtney in A Good Day to Die Hard. My clearest memory of a Hamilton in anything that I watched closely has to be the Khaki King worn by Hugh Laurie in the early seasons of House MD, where the King’s large day and date display make it easy to spot and I always thought it was a great choice for that character. 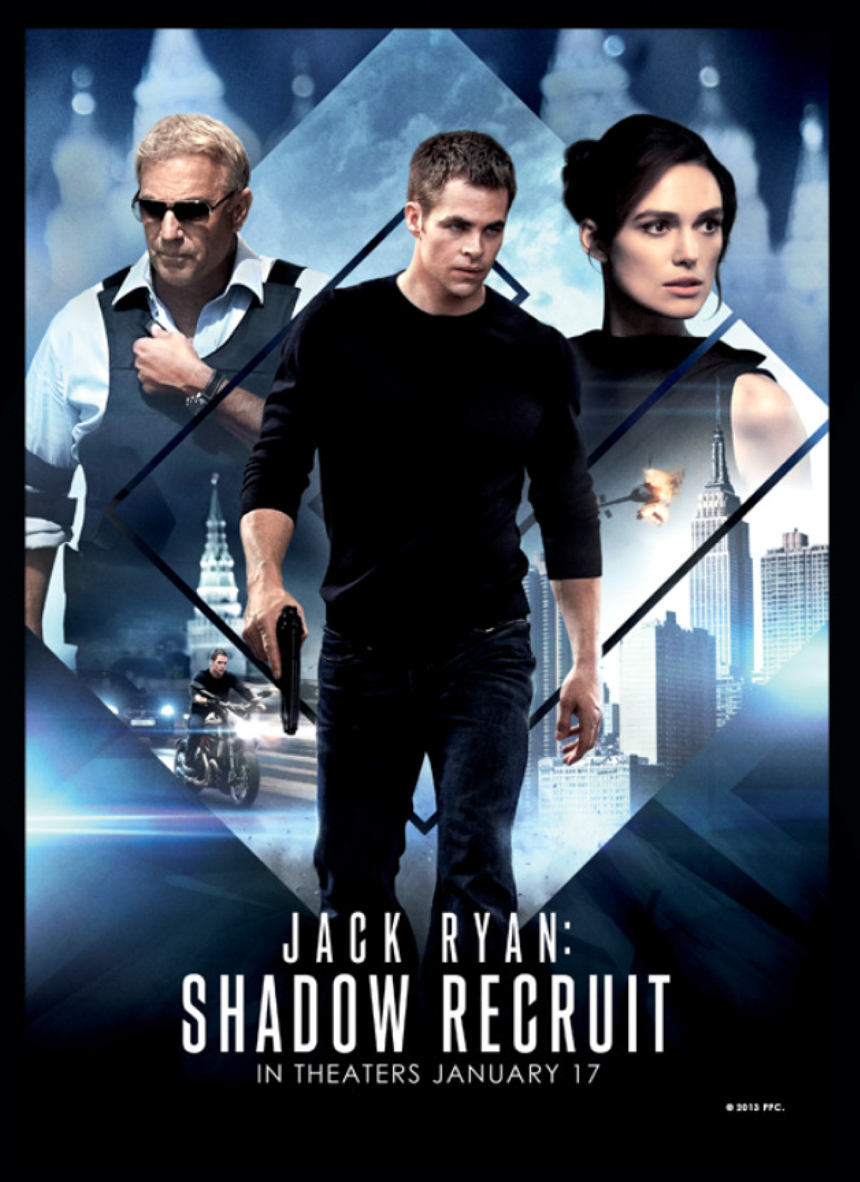 Not only does Hamilton actively use movies to better highlight, explain and feature their watches, they are also active in supporting and recognizing filmmakers through their annual Behind the Camera Awards (BTCA). The BTCAs honour the off-screen roles that make our favourite movies a reality. From Set Designers, Editors, Writers and Directors, Hamilton’s now seven-year-old event pays some long-overdue attention to those that make movies possible, because it takes a huge team of people to build the world in which an actor can perform.

Jack Ryan: Shadow Recruit features two Hamilton watches, a black Khaki Field Titanium Auto (above, worn by Chris Pine) and a custom Khaki Aviation Flight Timer (below, worn by Kevin Costner). While I have yet to see the film, I love a good spy movie and both of these watches seem like solid choices for a spy’s everyday carry. The Khaki Field Titanium Auto (ref H70575733) features a 42mm titanium case, an ETA 2824-2 automatic movement, a sapphire crystal and can be had on either a titanium bracelet or the suitably tactical looking canvas strap shown in the photo. In contrast, the Khaki Aviation Flight Timer (ref H64554431) sports a 40mm steel case, Swiss ana-digi quartz movement (with UTC, dual time zone, chronograph, alarm, flight time recorder and perpetual calendar) and a sapphire crystal. 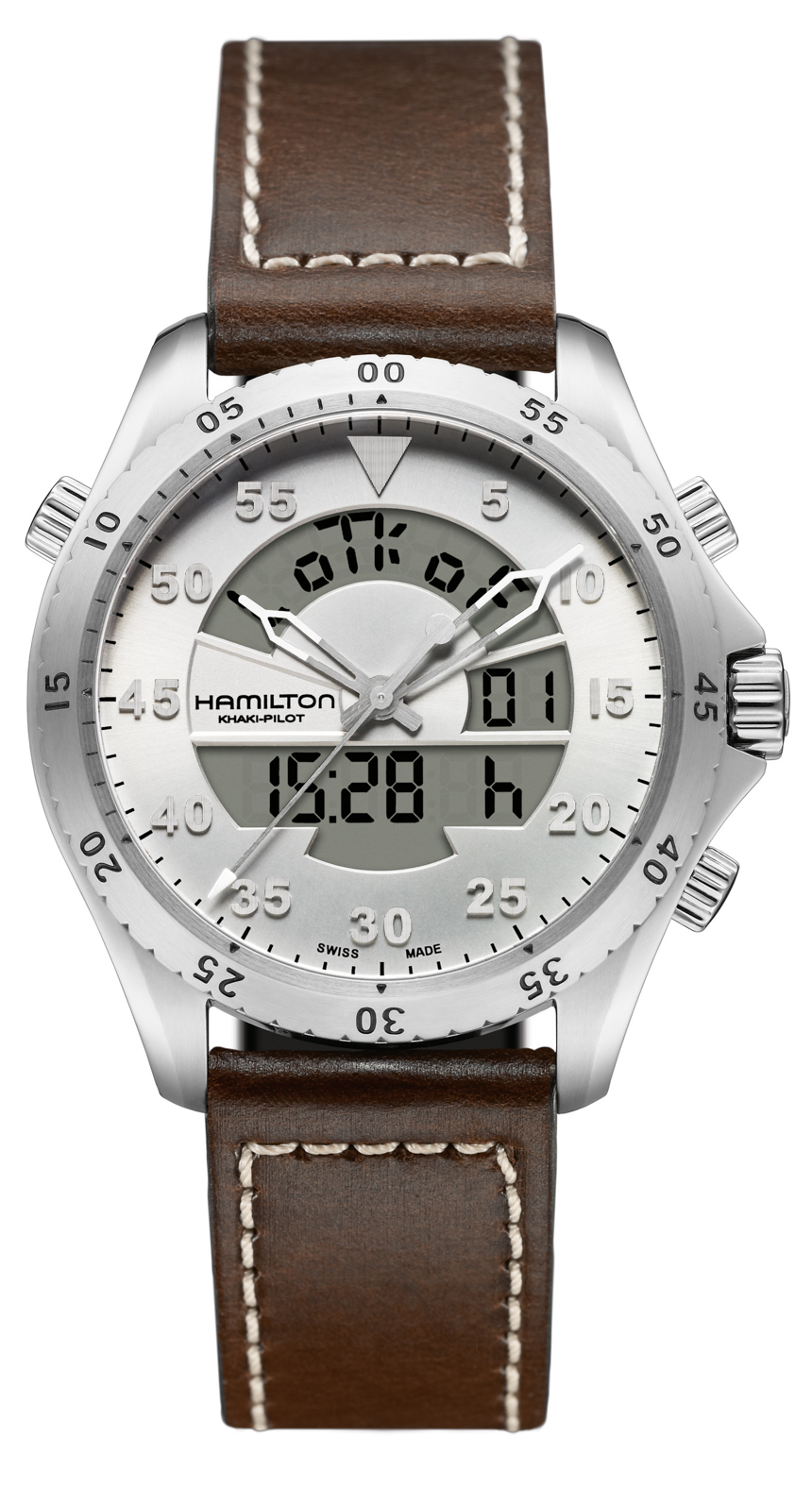 The watch you can win is a ref. H70575733 Hamilton Khaki Field Titanium Auto in PVD black on a black matching the strap. The titanium case is 42mm wide with a sapphire crystal and is water resistant to 100 meters. This classic military design is both legible and iconic – and in various forms has been featured in dozens of films. As we already stated, the watch contains a Swiss ETA 2824-2 automatic movement and it retails for $995. Also, if you are in New York, visit the new Hour Passion store that has a special Hamilton exhibit this month with 12 of the actual Hamilton watches featured in various movies. Note that this giveaway is open to US residents only. hamiltonwatch.com

To Enter You Must:

1. Comment on this post below (on aBlogtoWatch.com, not Facebook or elsewhere you might see this article) before the giveaway is over with your valid e-mail address where required (if you’ve signed up for the commenting system before, your e-mail should already be in there). In the body of your comment mention your favorite appearance of a Hamilton watch in a movie.

NOTE: By default, our commenting system will send you notifications of other comments to this post. If you do not want to get the comments on this post in your email, log into your LiveFyre account (should be a link in the comment box after you enter), and manage your notifications there.

Want aBlogtoWatch articles automatically sent to you via e-mail? Sign up here:

3. Wait until the giveaway is over on February 9, 2014 for the winner to be chosen at random.

A couple of basic rules. You can only enter once. You must comment with a valid e-mail address where you can be reached. Your comment must be confirmed and approved. You must complete the objectives to be considered. You are responsible for providing your contact shipping information if you are chosen. NO PURCHASE OR PAYMENT OF ANY KIND IS NECESSARY TO ENTER OR WIN THIS CONTEST. A PURCHASE WILL NOT INCREASE YOUR CHANCES OF WINNING. ODDS OF WINNING DEPEND UPON THE NUMBER OF ELIGIBLE COMMENTS RECEIVED. ONLY ONE ENTRY PER PERSON IS PERMITTED. VALID IN U.S. ONLY. VOID WHERE PROHIBITED. All comments made after the end of the giveaway period will not be considered. If you are chosen as a winner, you then have 24 hours to ensure receipt of your full shipping information or an alternative winner will be chosen. For the full terms and conditions, please click here.