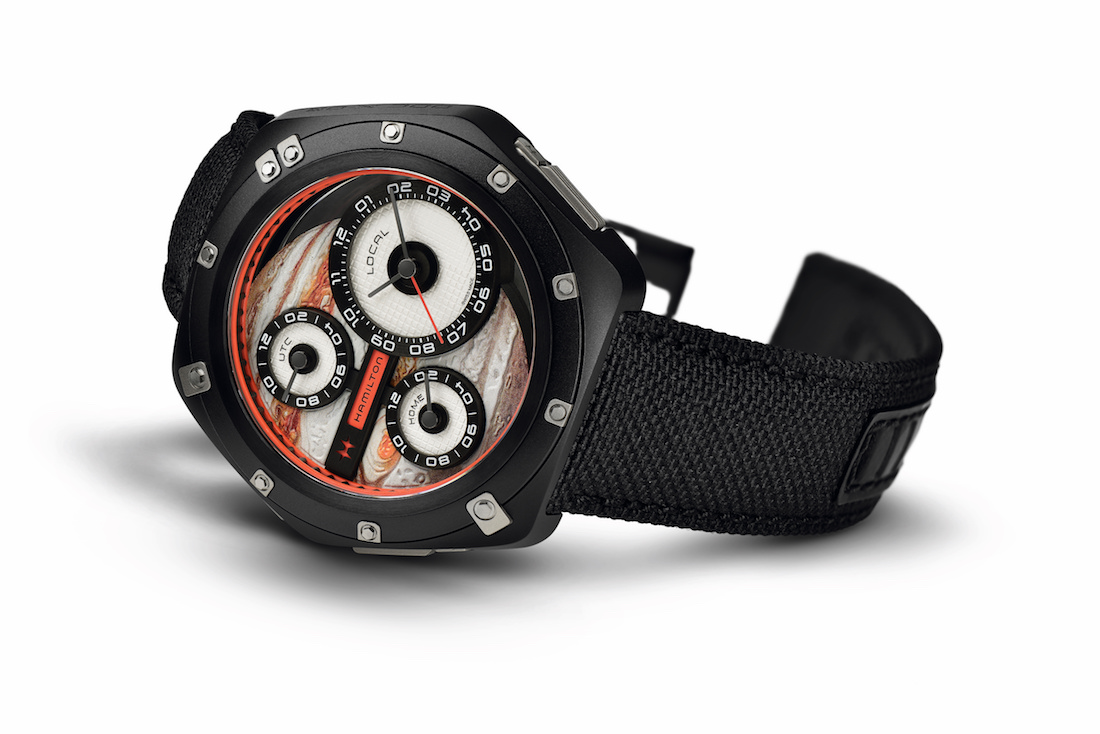 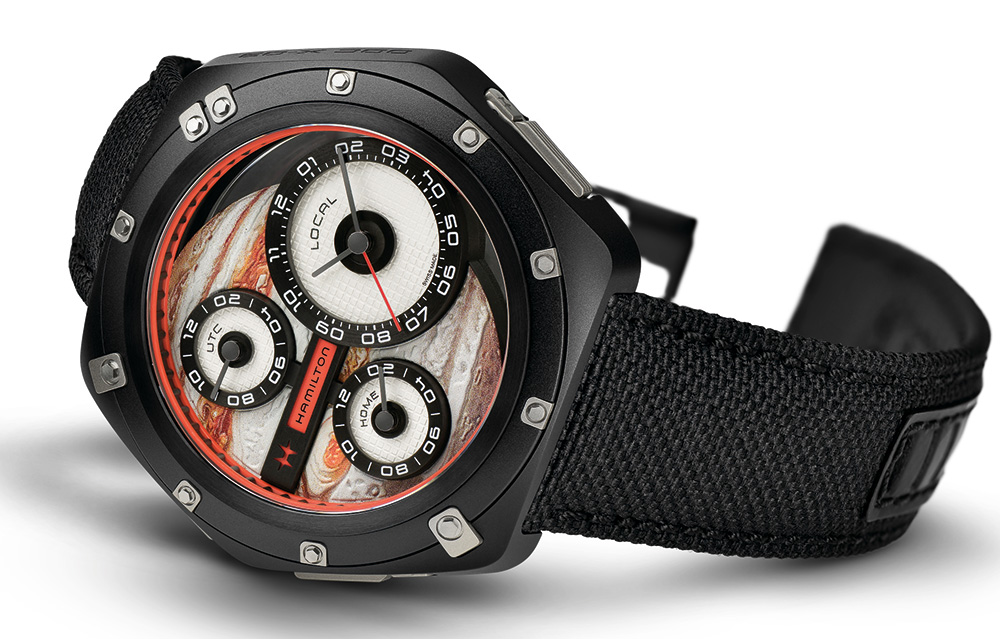 Given their proclivity for aviation and military-inspired models, it can be easy to forget that Hamilton has a proven wild side. It’s true, the same company that makes the Khaki Field, the Intra-matic 38, and the Jazzmaster, also makes the eccentric Face 2 Face. Born as an out-of-this-world tribute to Hamilton’s involvement in films like Interstellar and 2001: A Space Odyssey, the new Hamilton ODC X-03, like the X-02 before it, features three movements to display three distinct time zones. With Jupiter proudly forming the base of its dial, the Hamilton ODC X-03 is no field watch – at least not for any fields here on earth. 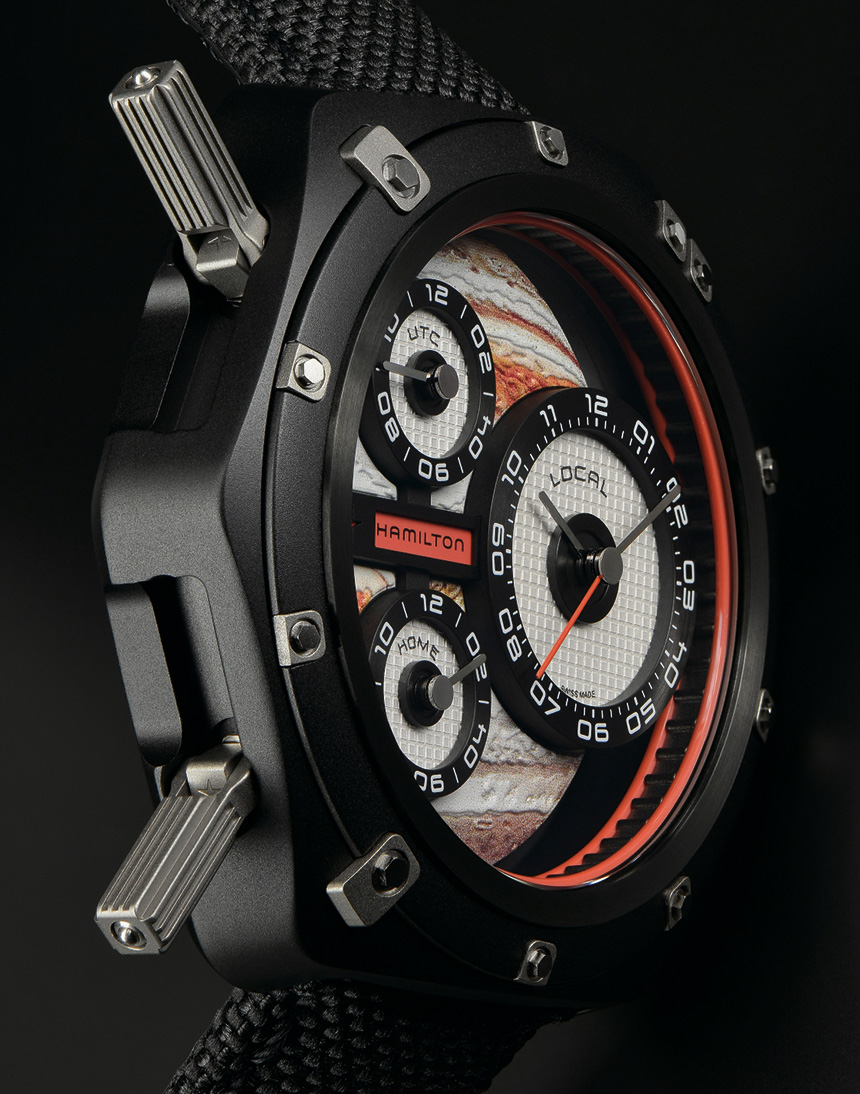 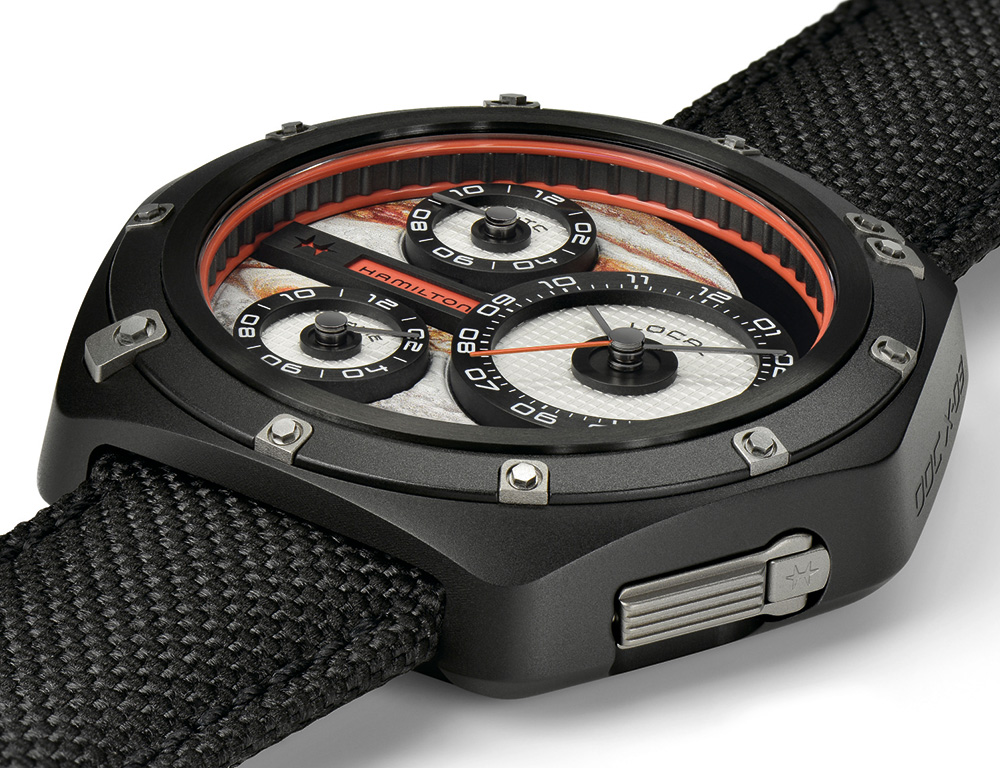 Each with their own time zone, the three separate subdials seem to be orbiting a 3D printed Jupiter, and the Hamilton ODC X-03’s dial is an eye catching mix of orange, whites, and blacks. This eccentric design is mirrored by an unconventional use of three movements, each controlled by its own crown. With one automatic and two quartz movements, the Hamilton ODC X-03 displays local, home, and UTC time. Local time is managed by an ETA 2671 Swiss automatic movement, a 4Hz movement popular in ladies watches for its small size. The UTC and home time displays are managed by distinct ETA 901.001 quartz movements, each showing 12-hour displays that can be read in conjunction with the minutes from the main local time display.

To preserve the shape of the case and the general design language, the Hamilton ODC X-03 features a trio of interesting crowns. The crown design features a small hinged arm that folds flush with the case when not in use. To set the time on any of the movements just pop out the arm and turn it to control the crown. The design is not only a good fit for the overall look of the Hamilton ODC X-03, it is also a clever solution to the issue of using smaller crowns that can hide within the case edge without compromising the user experience of setting the time. 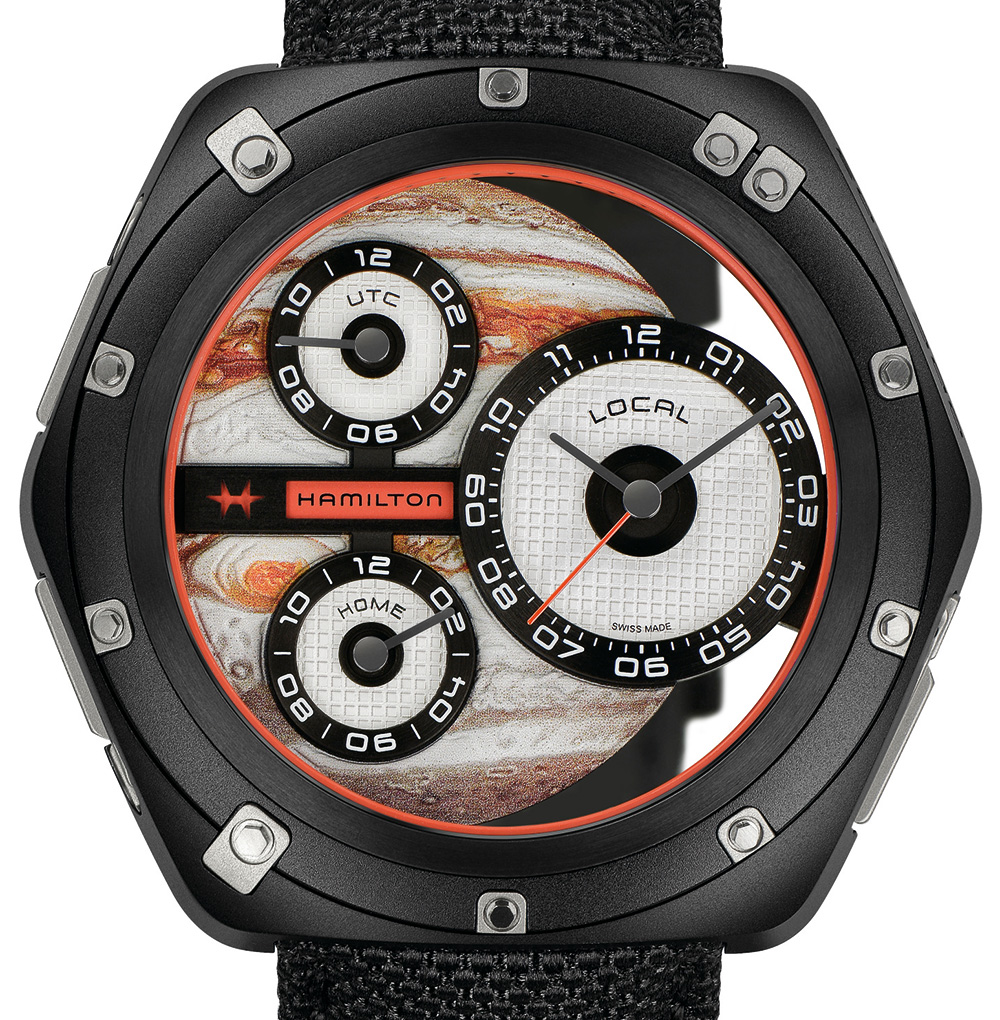 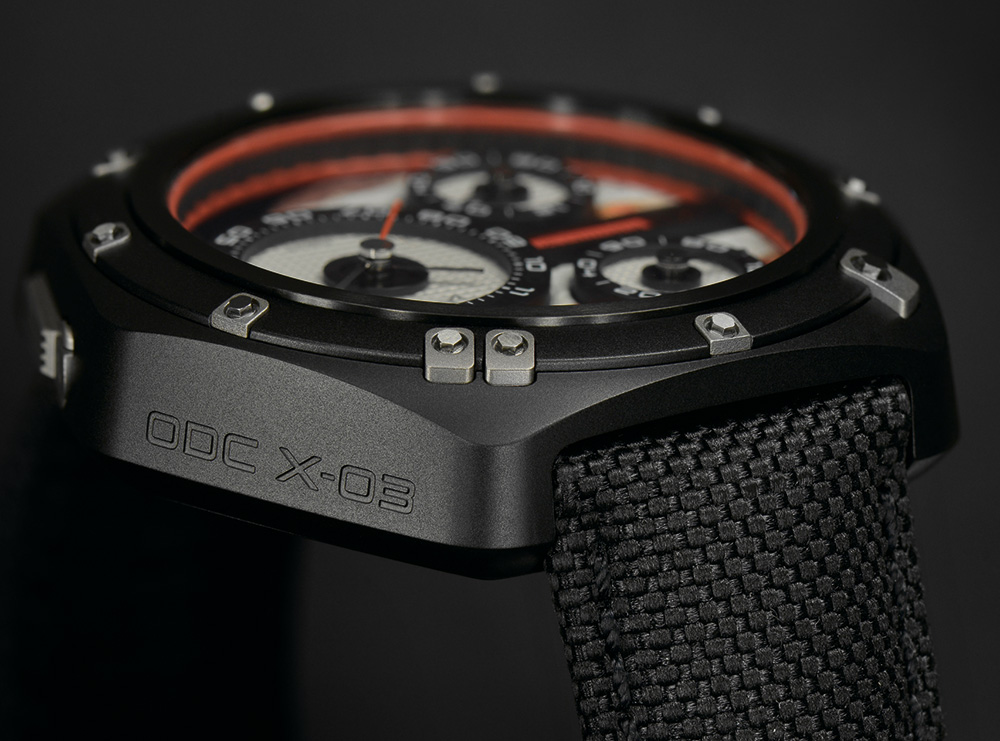 Limited to 999 pieces and costing 3,500 CHF, the Hamilton ODC X-03 is a fitting and other-worldly expression of Hamilton’s involvement with some of the most famous space movies in the history of film. Big, bold, and boasting an interesting feature set, the Hamilton ODC X-03 is a great example of Hamilton’s wild side and a pleasant contrast to their more widely known watches. hamiltonwatch.com