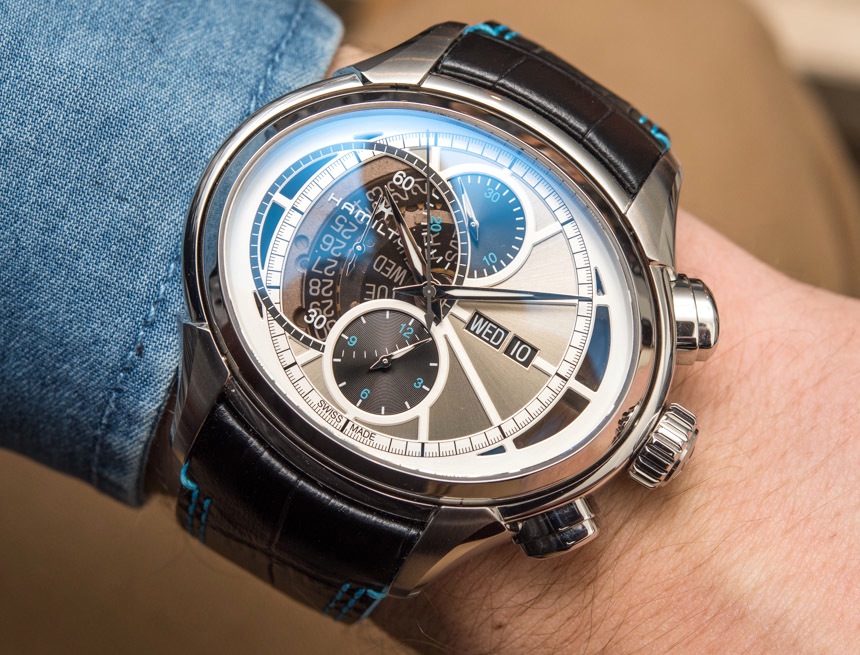 The Hamilton Jazzmaster Face 2 Face II Limited Edition is an update to Hamilton’s 2013 Jazzmaster Face 2 Face with new redesigned dial layouts, the introduction of a “passing-through chronograph seconds hand,” and a new movement. Remaining from the first version is the very interesting rotating case, which pivots on the horizontal access of the oval-shaped stainless steel case, allowing the wearer the ability to have essentially two watches in one, and allowing Hamilton to pack in as many interesting features as possible. 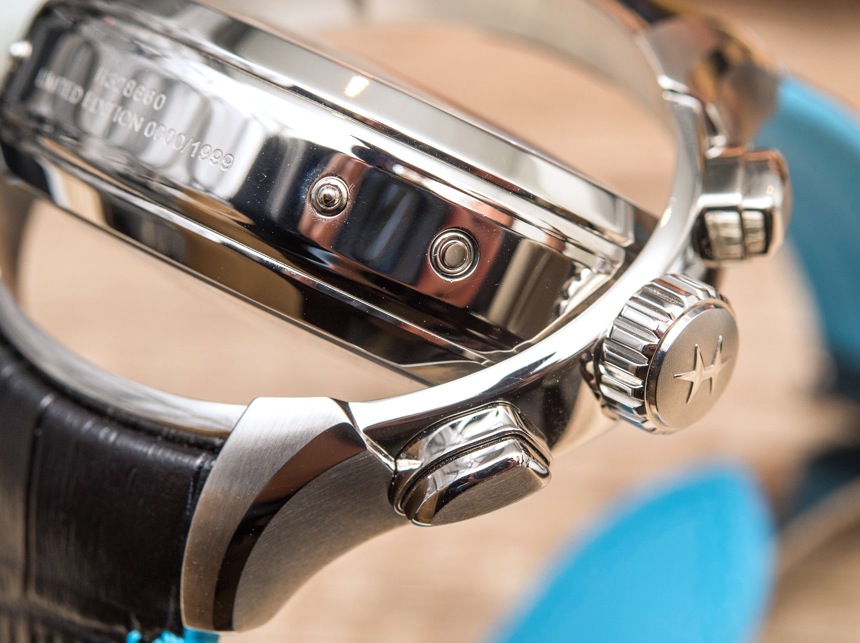 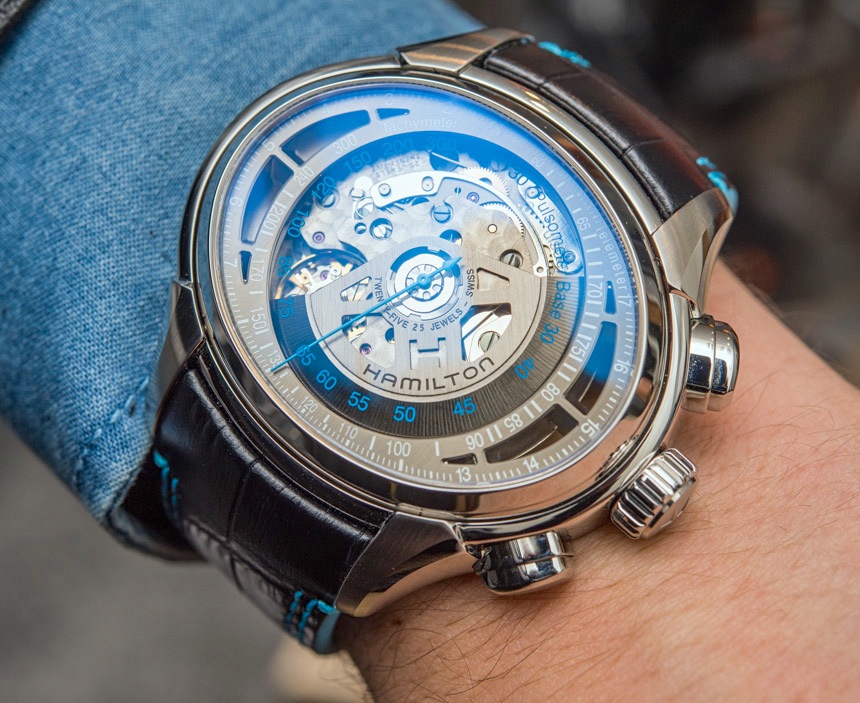 There is an outer case housing the rotating watch head which articulates at the crown on the right side and a visible screw on the other. The crown is nicely sized, easily gripped with grooved sides, and marked with the retro Hamilton “H” – and it is flanked by the two elongated chronograph pushers. The Hamilton Jazzmaster Face 2 Face II Limited Edition case is 53mm wide and 44mm tall and, all things considered, fits well on the wrist thanks to curved lugs and a nicely integrated black leather strap with turquoise double stitching that matches elements on each dial. It’s just really cool in a way that makes you want to immediately run over to the Hamilton boutique and at least try the thing on and play with it. 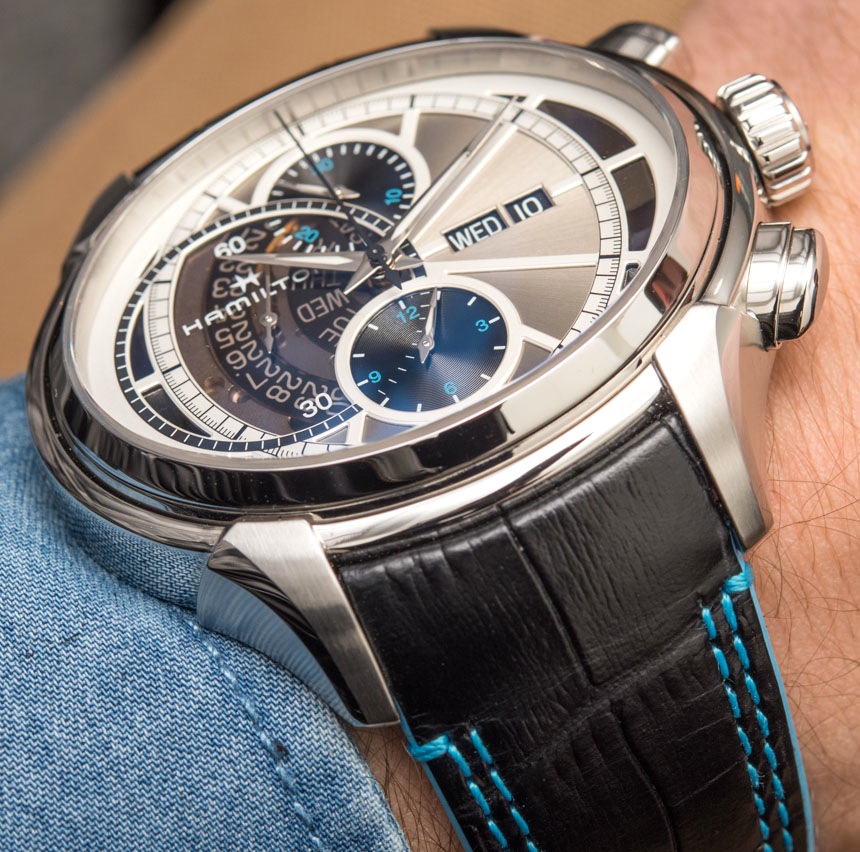 The main, time-telling dial features centered hour and minute hands on a warm, brushed silver background. There’s so much going between the two dials, so I am going to talk through the different “areas” of each. At the three o’clock position are day and date windows with white text on a slate gray background. Although most prefer the background of these windows to match the color of the dial they interrupt, the coloring mirrors that of the sub-dials at the three, six, and nine positions. Of these sub-dials, the one at the nine o’clock position, takes up the most real estate on this side of the watch. 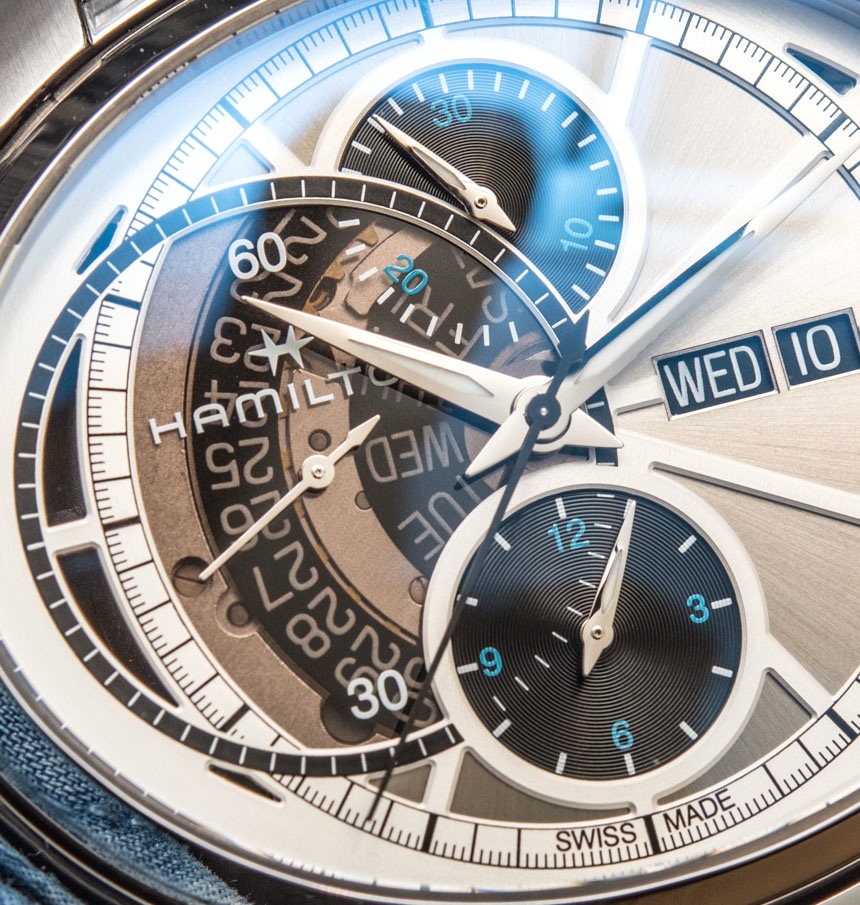 A semi-transparent window showing off the day and date wheels, this sub-dial measures seconds and, on its own, is fairly minimalistic. At the twelve o’clock and six o’clock positions are mirrored chronograph counters that measure thirty minutes and twelve hours, respectively. The twelve o’clock sub-dial is overlapped by the semi-transparent window, which itself is overlapped by the twelve-hour chronograph counter, creating a sense of stacking and a visual map for navigating the dial.

I love the spoke-like white bars that radiate out from the center of the dial and connect into similar white outlines of the sub-dials and fill in the oval areas of the case not yet covered, save for a few spaces on the left and right of the dial which are open on either side of the Hamilton Jazzmaster Face 2 Face II Limited Edition case. It really adds an aesthetic sense of rigidity and cohesion. 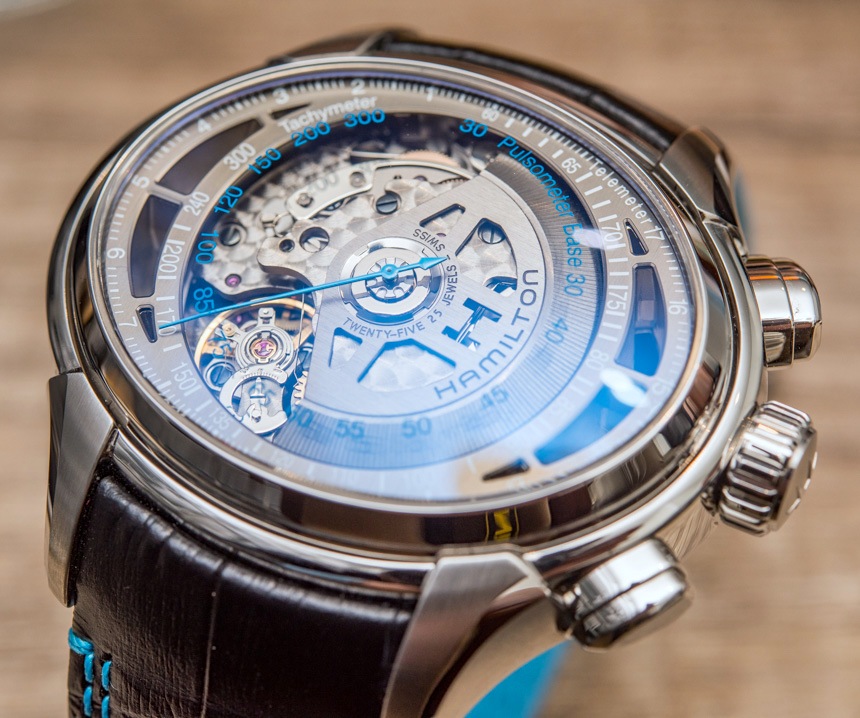 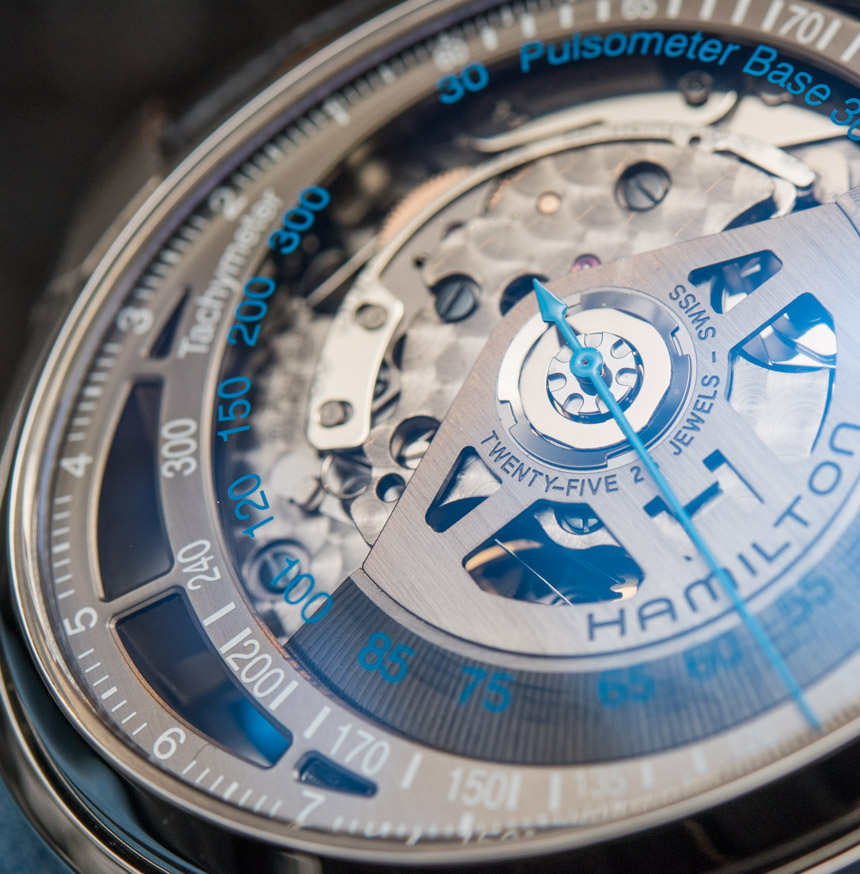 The second dial is a bit more pared down than the first, and visually relies largely on showing the Hamilton Jazzmaster Face 2 Face II Limited Edition watch’s movement, the H-41 automatic caliber with 60 hours of power reserve. Only half the movement is visible at a time due to the semicircular rotor, printed with the Hamilton name and a reminder that this is a Swiss-made watch despite Hamilton’s American heritage. This side only has one hand, the passing-through chronograph seconds hand in turquoise, for use with the three measurement scales printed on the crystal and dial. There is a pulsometer, allowing the wearer to keep track of their own or another person’s pulse. 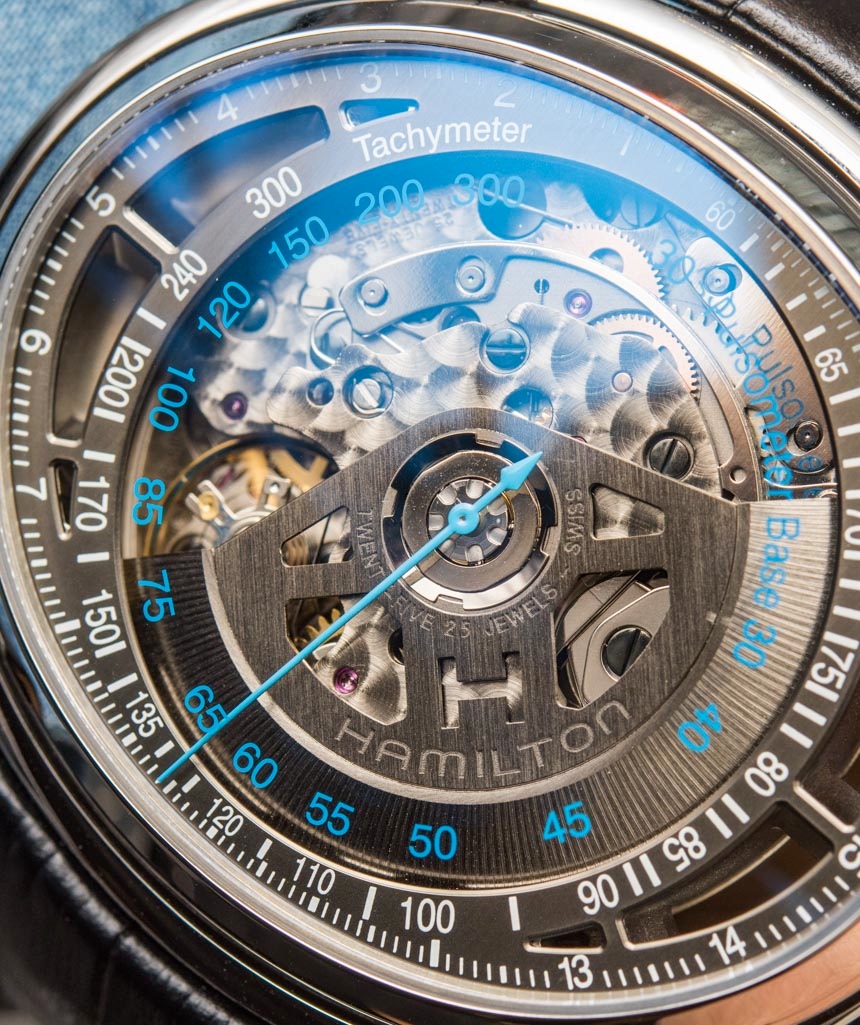 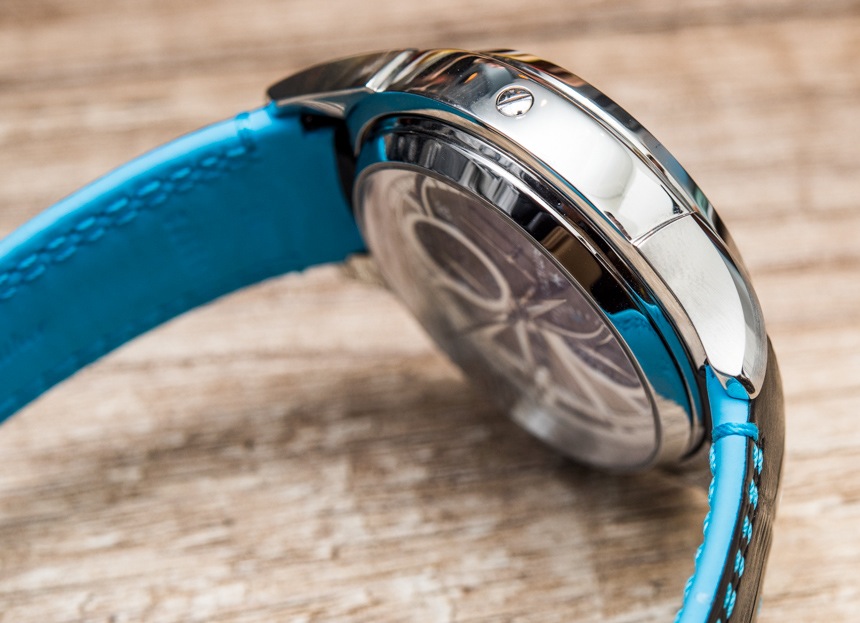 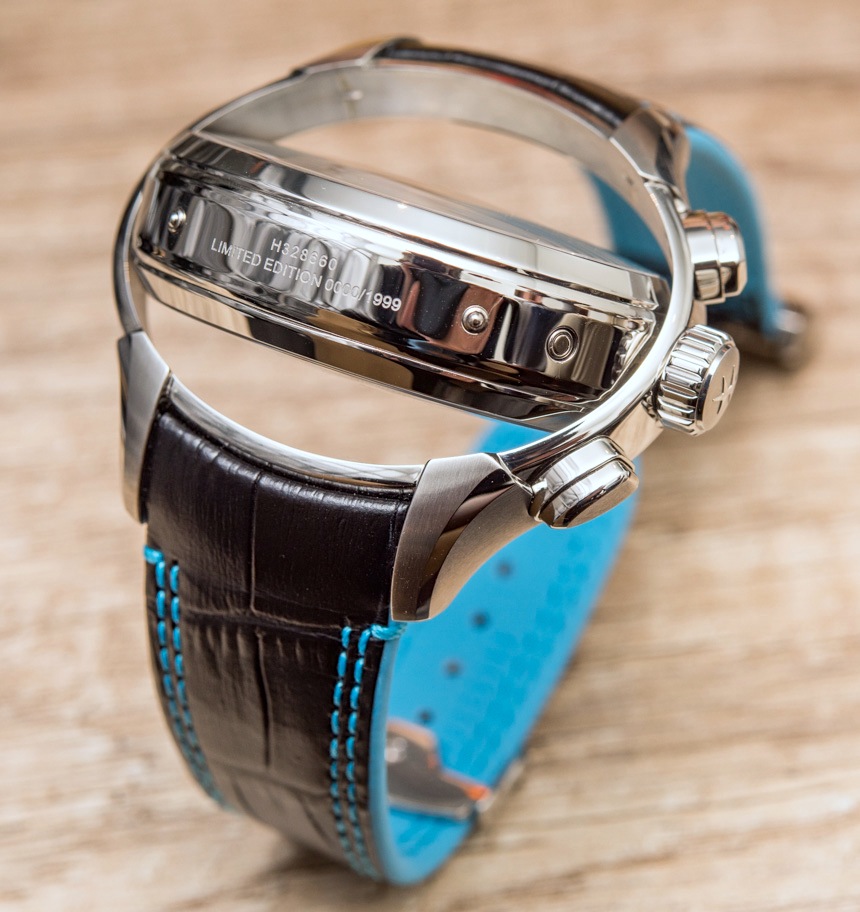 Only 1,999 Hamilton Jazzmaster Face 2 Face II Limited Edition watches will be made, and the number in the production run of each watch is printed on the side of the rotating case, hidden during normal wear, but visible with the serial number as you go from one dial option to another. 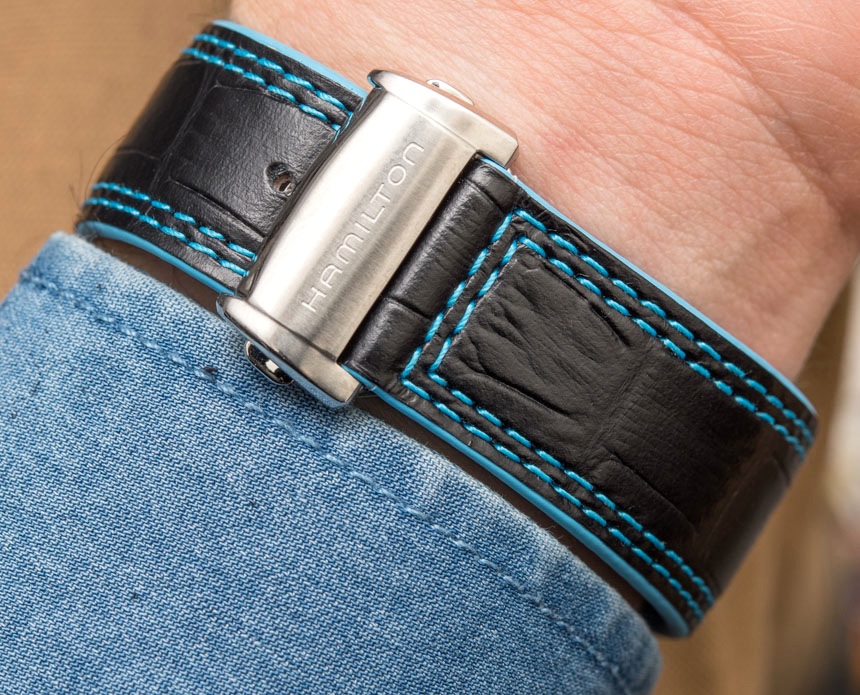 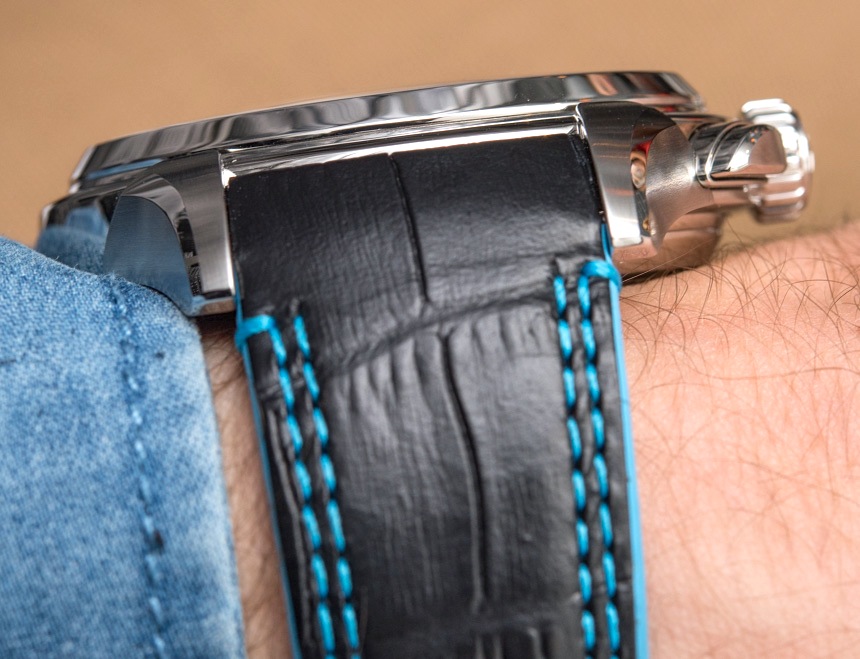 As I mentioned at the beginning, there is a lot going on with this watch: a rotating case, a chronograph with passing-through seconds hand, skeletonized elements, three measurement scales, three sub-dials, day and date windows, and enough mixed materials and colors to keep your eyes busy for some time. It certainly won’t be for everyone, more of a Kandinsky than Mondrian in terms of modern design, but the Hamilton Jazzmaster Face 2 Face II Limited Edition is certainly an ambitious and entertaining piece offering much, and enough of an update on the first version to stand apart from it. The Hamilton Jazzmaster Face 2 Face II Limited Edition has a retail price of 3,895 CHF. hamiltonwatch.com