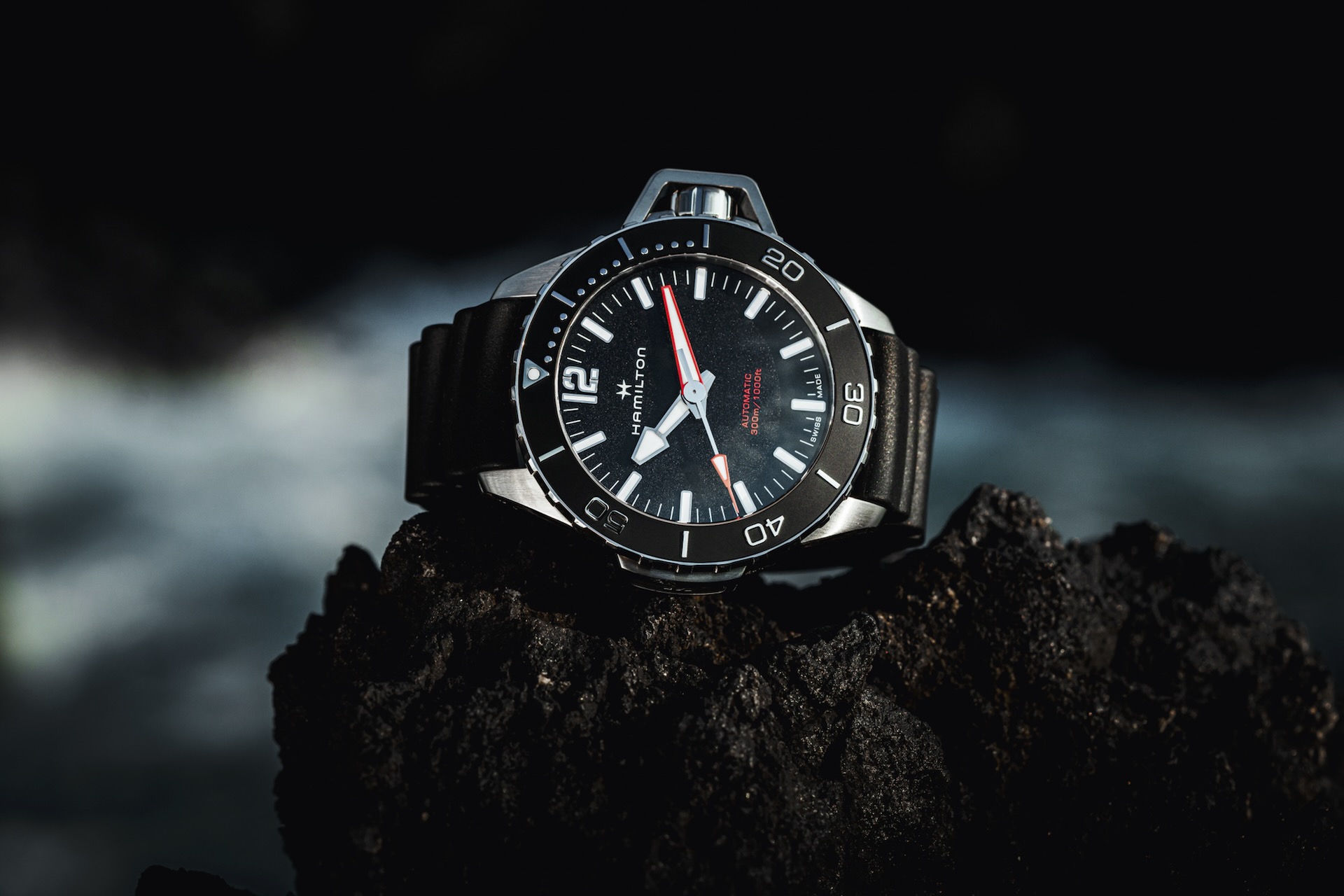 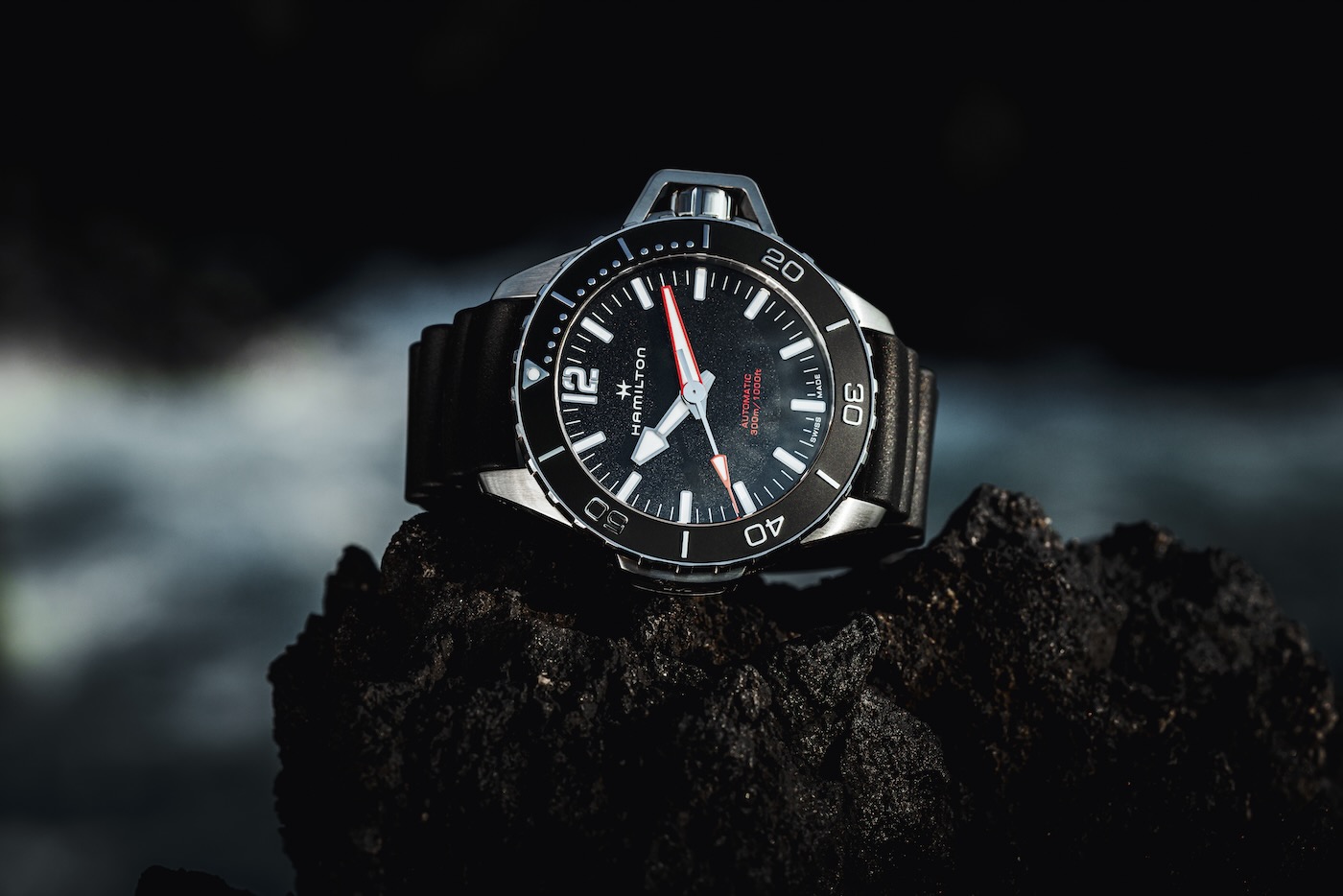 Few brands can boast a past as steeped in American history as Hamilton. After producing pocket watches for the U.S. military as early as 1914, the brand became a major supplier of watches during both World Wars. During this time, Hamilton gained an unparalleled reputation for reliability and accurate timekeeping, and the U.S. Navy became one of Hamilton’s biggest military customers. During World War II, the Navy required a nigh-indestructible watch that could be used by elite units such as the U.S. Navy’s Underwater Demolition Team, better known as Frogmen (forerunners to today’s Navy SEALs). Fulfilling the unit’s demanding requirements was the Hamilton Frogman. 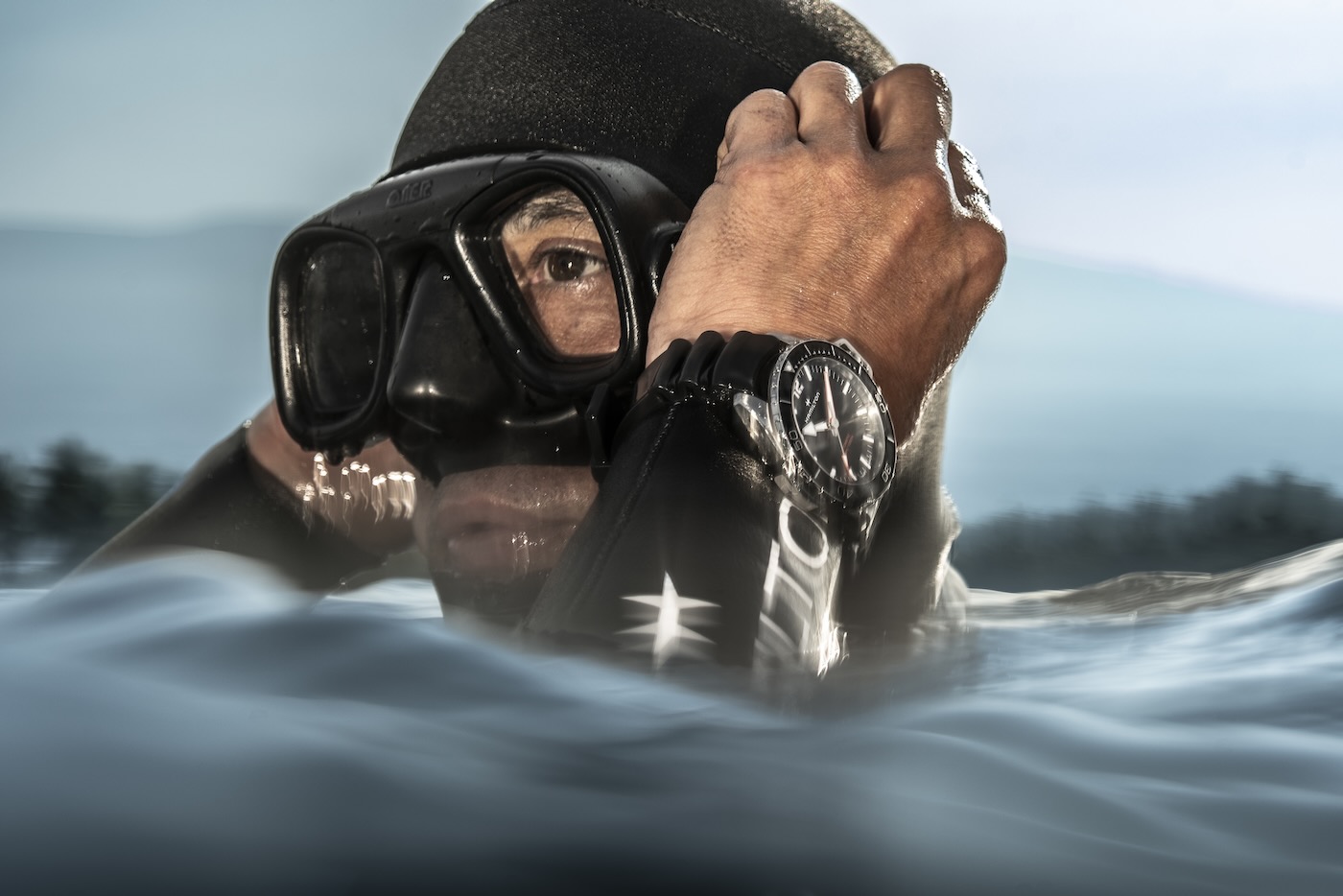 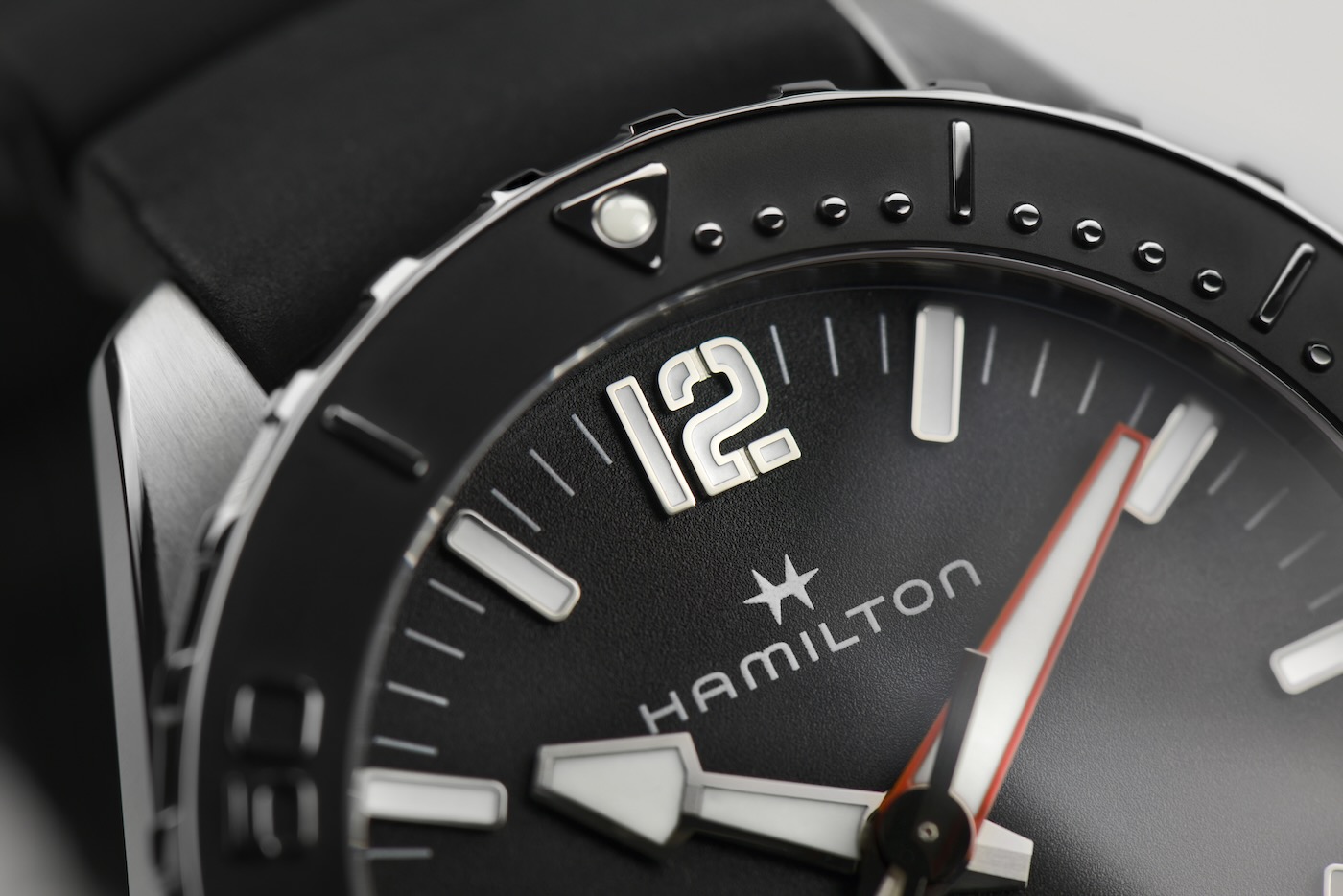 The newest iteration of the Frogman, the Hamilton Khaki Navy Frogman Automatic 46mm shares the same robust and overbuilt construction as its predecessors but with an updated design language that will appeal to adventurers of all stripes. A perfect encapsulation of ethos and inspiration behind the newest Frogman can be found in Hamilton’s brand ambassador and world champion freediver, Pierre Frolla. 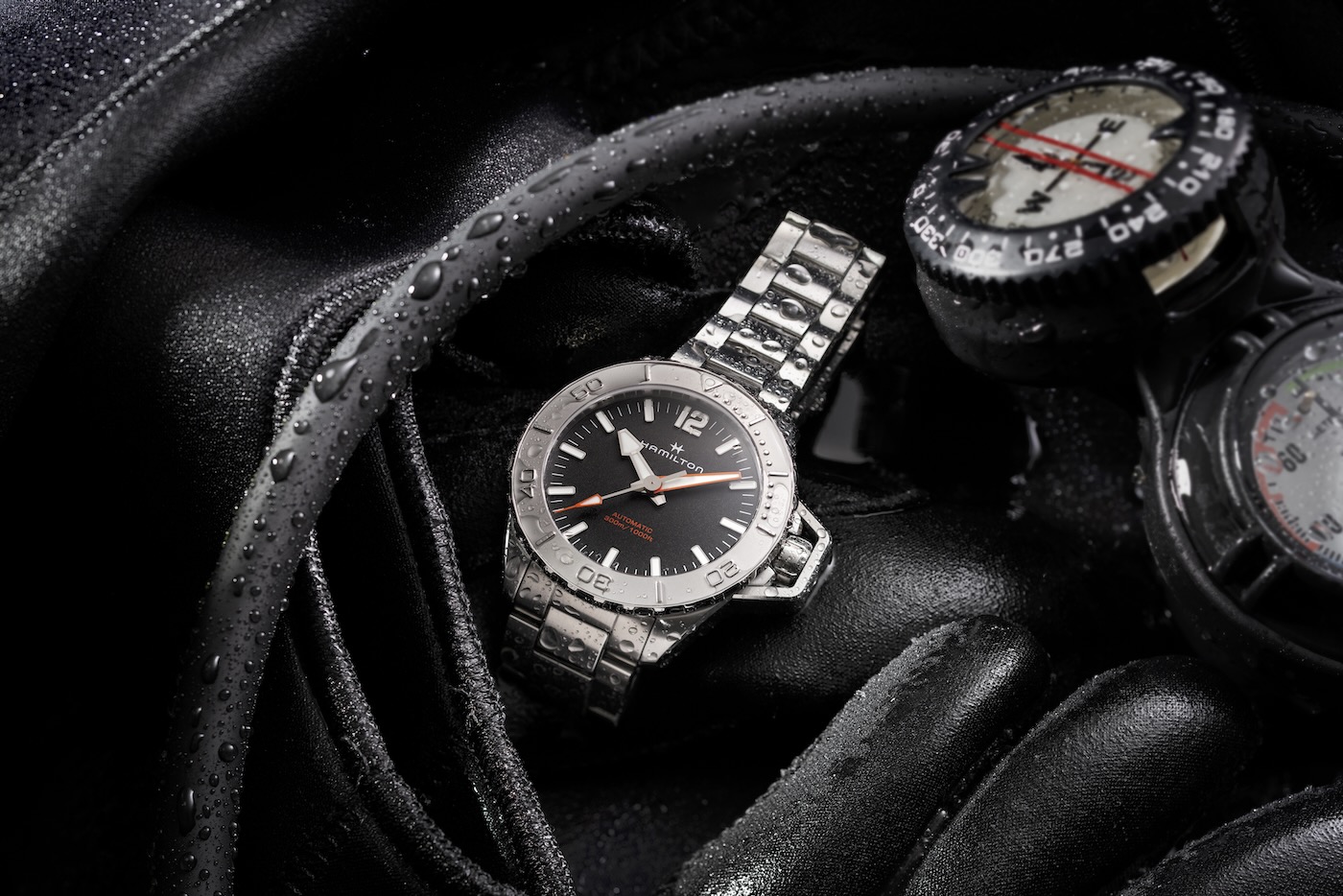 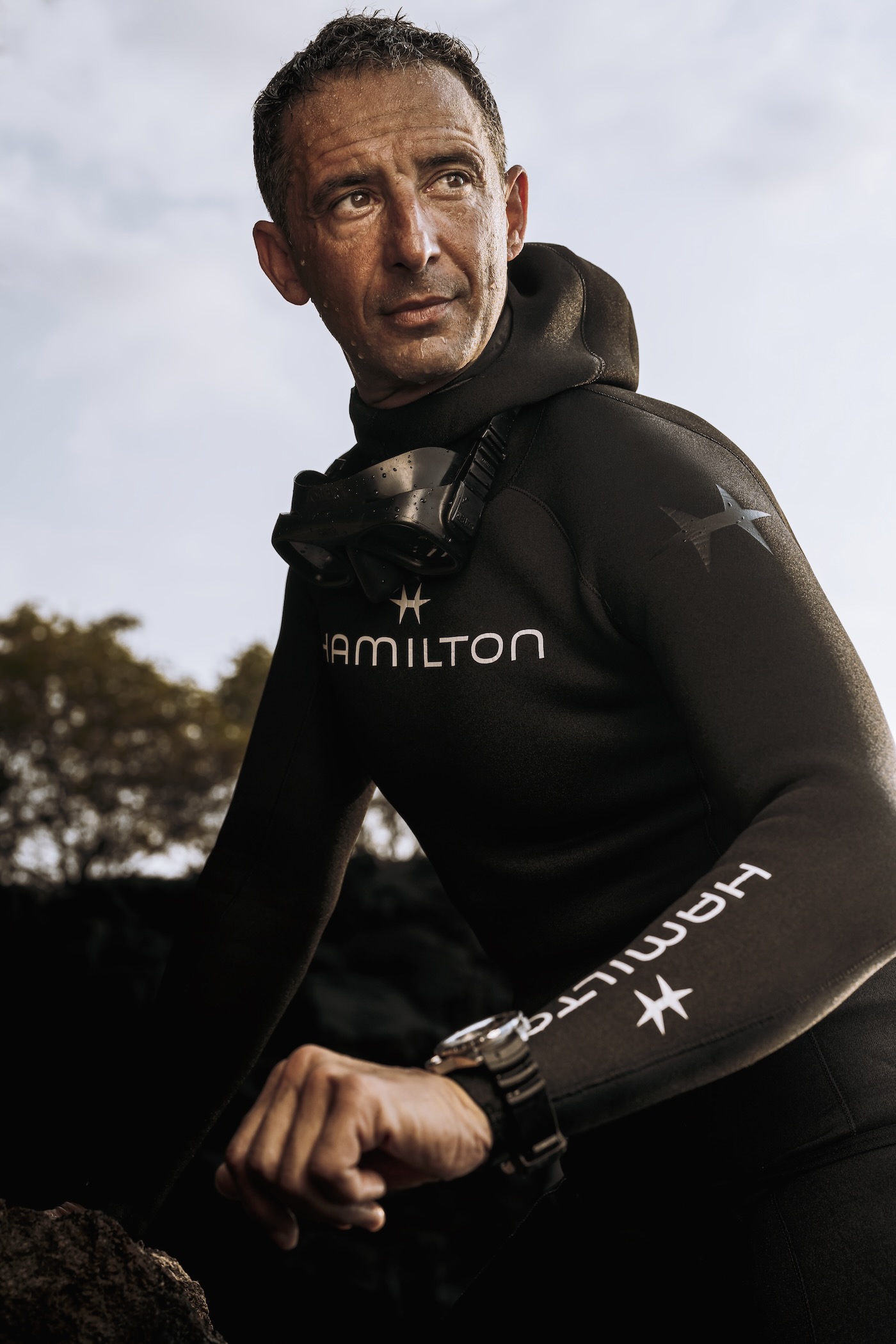 Having broken four free-immersion diving world records during his illustrious career, Frolla’s life is all about pushing the limits. In 2000, he set a world record, diving to 73m in Free Immersion — a record he broke just a year later, freediving to an astounding 80m. Currently, Frolla serves as the Director of the Sea Academy, teaching courses in SCUBA diving, freediving, water rescue, and civic rescue, but he continues to set new goals, both in and out of the water. His most recent project, Océans Face à Face, a book of photography that he co-authored with Greg Lecoeur, is aimed at promoting conservation by showing the connection between nature and humans. 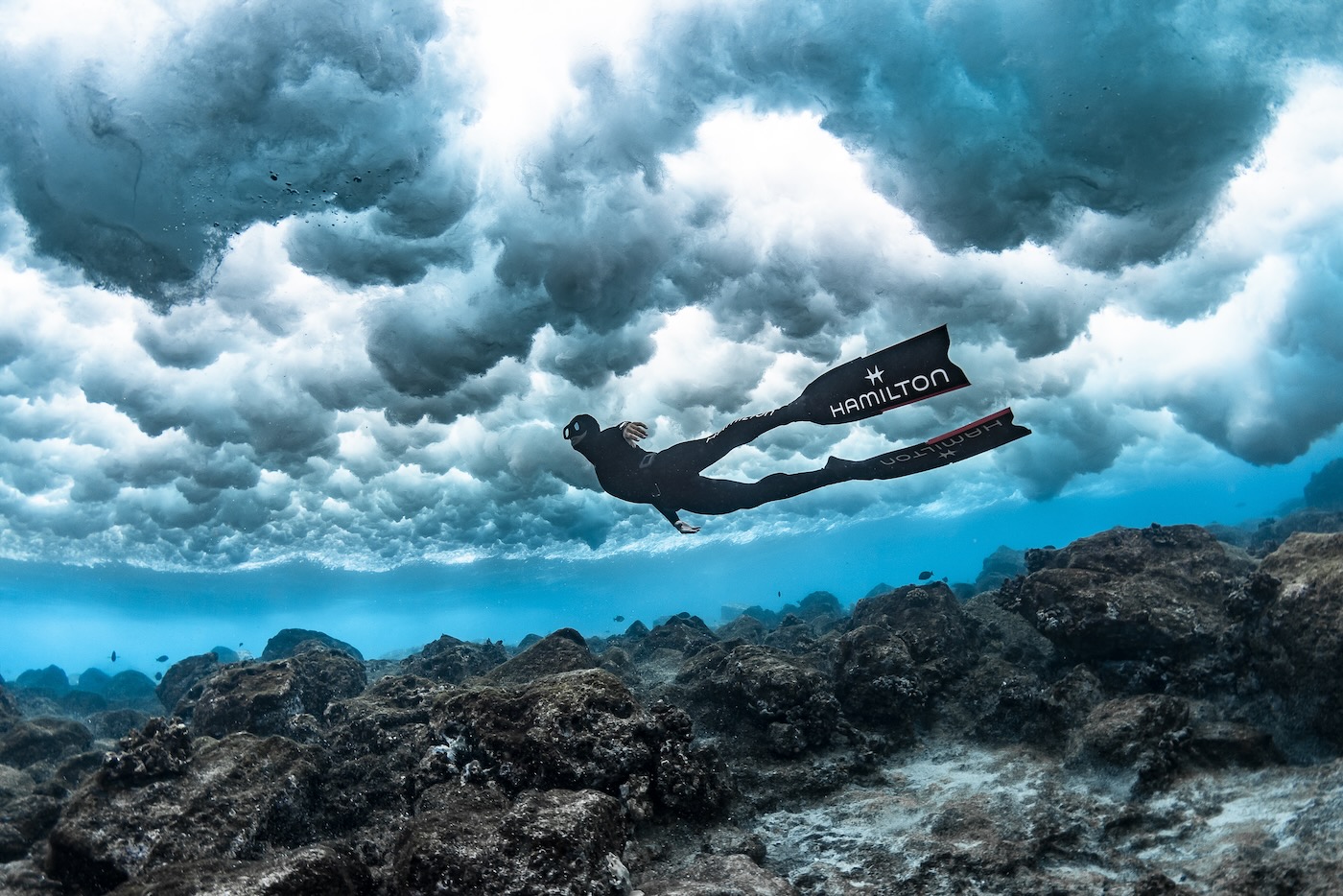 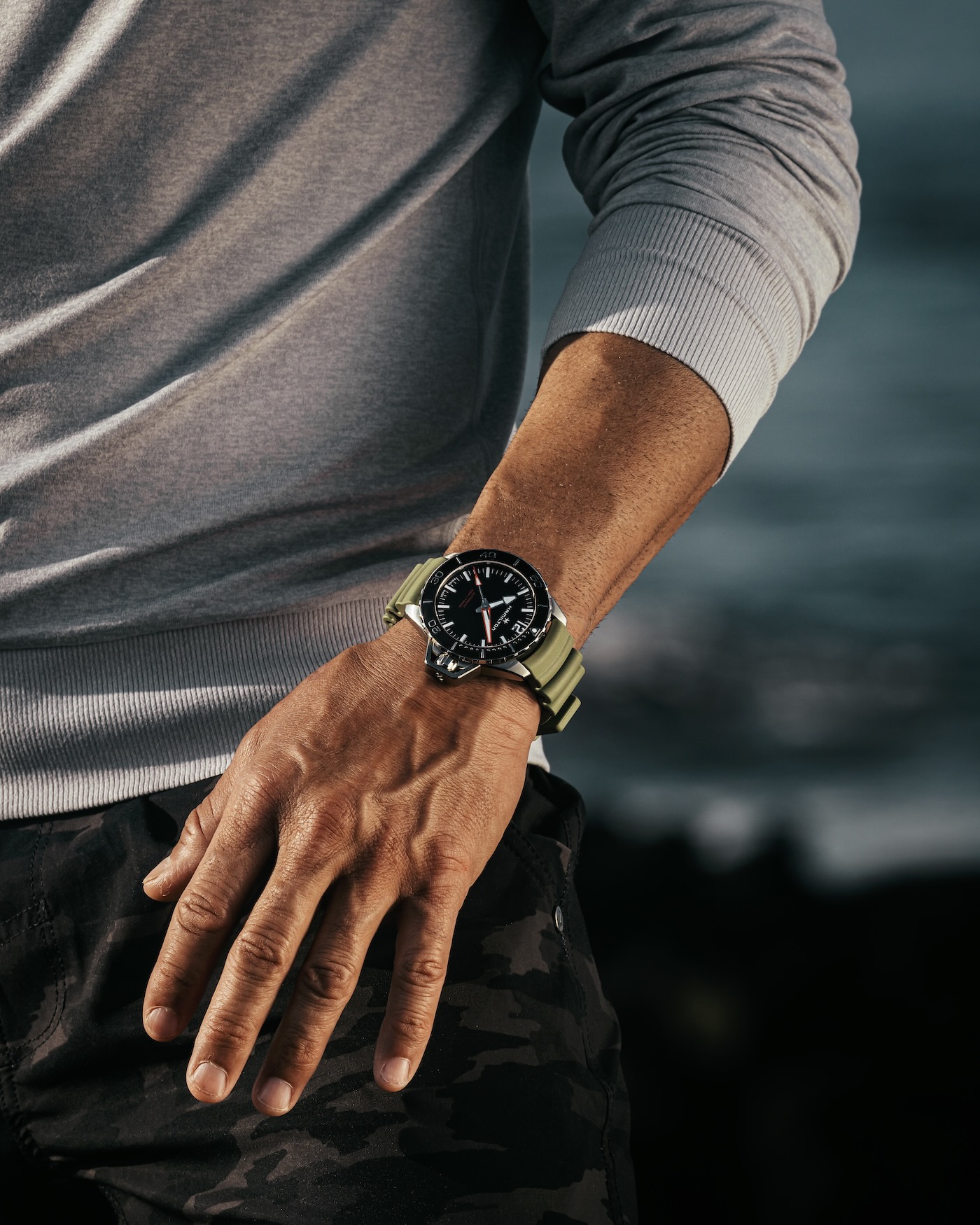 Frolla was recently in Hawai’i filming Behind the Breath, Hamilton’s most recent video project that showcases his incredible life and accomplishments. On his wrist is the Hamilton Khaki Navy Frogman Automatic 46mm. With 300m of water resistance and built to withstand the abuse of underwater demolition crews, the Frogman is the perfect watch for Frolla’s lifestyle, and it’s also fitting that the Frogman will be seen on the silver screen given that Hamilton watches have been featured in over 500 movies. Asked why he’s remained loyal to the Hamilton brand after so many years, Frolla replied, “Truly, it is the spirit they bring to every project, every watch. It’s the same spirit I have within me — to keep reaching, to keep improving, a commitment to not just the win but the pursuit.” 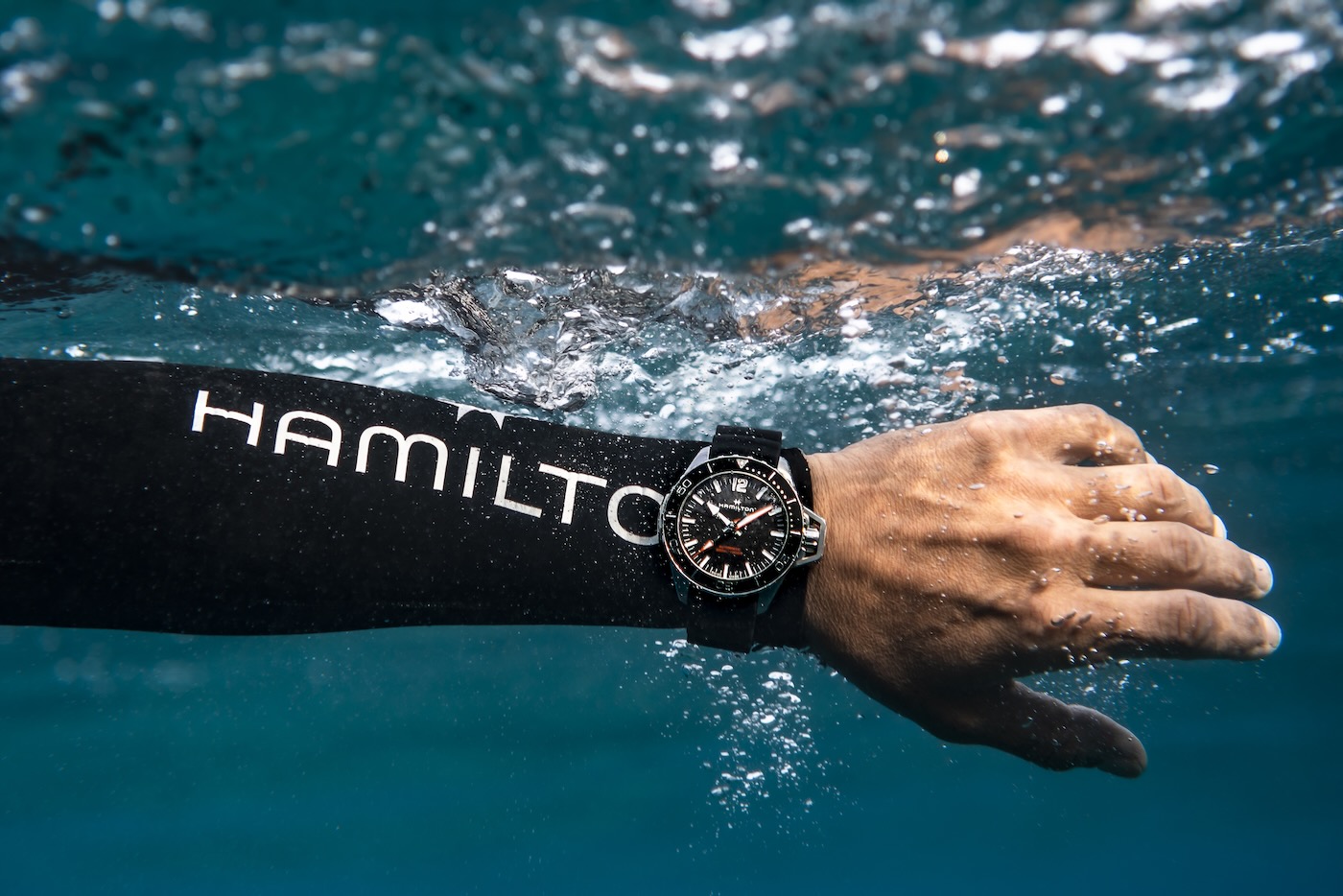 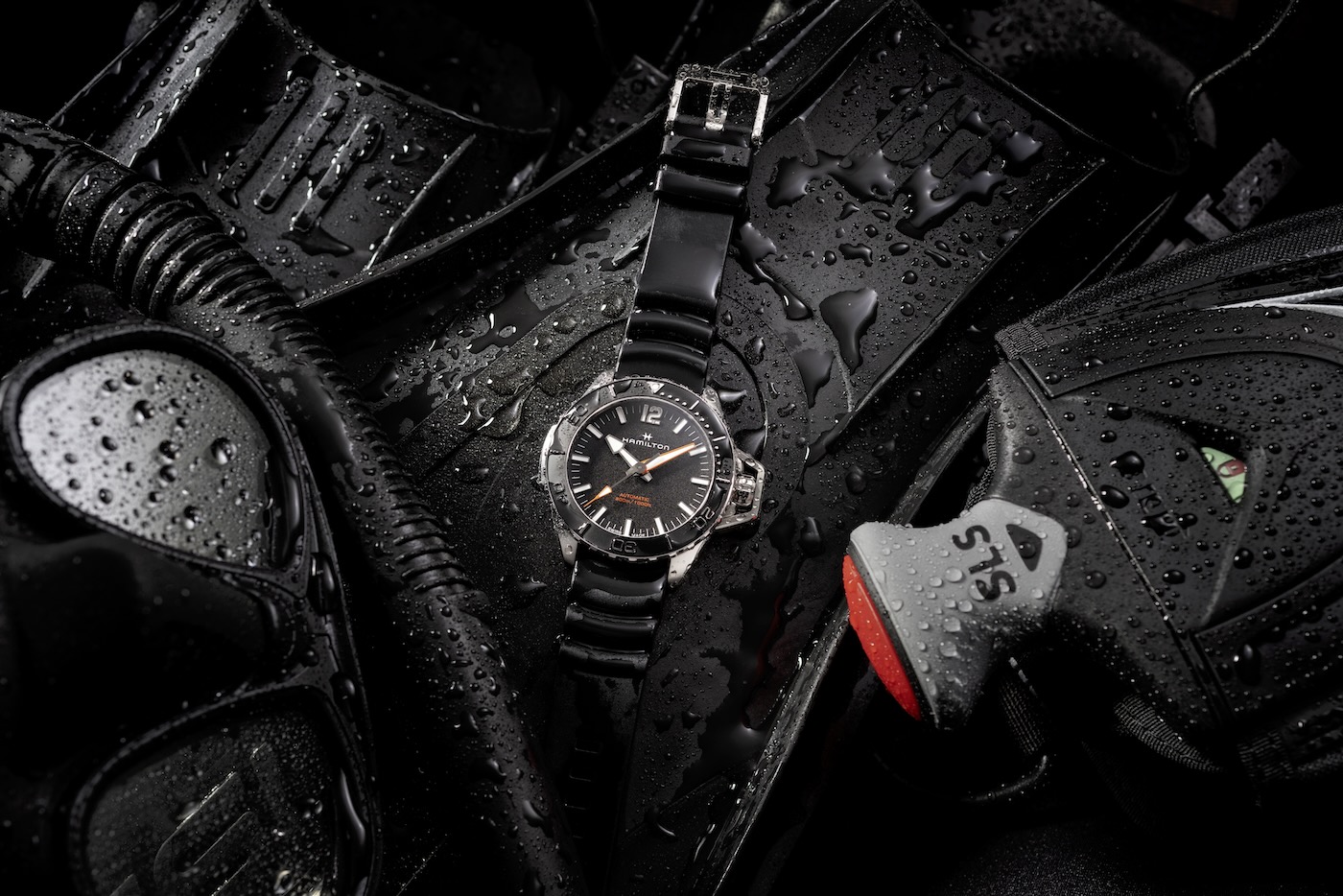 The newest Frogman is housed in a 46mm 316-L stainless steel case with the line’s signature crown protector, which, in this iteration, has been slimmed down while affording all the same protection. The bezel has also been reworked and features raised numerals and indices. 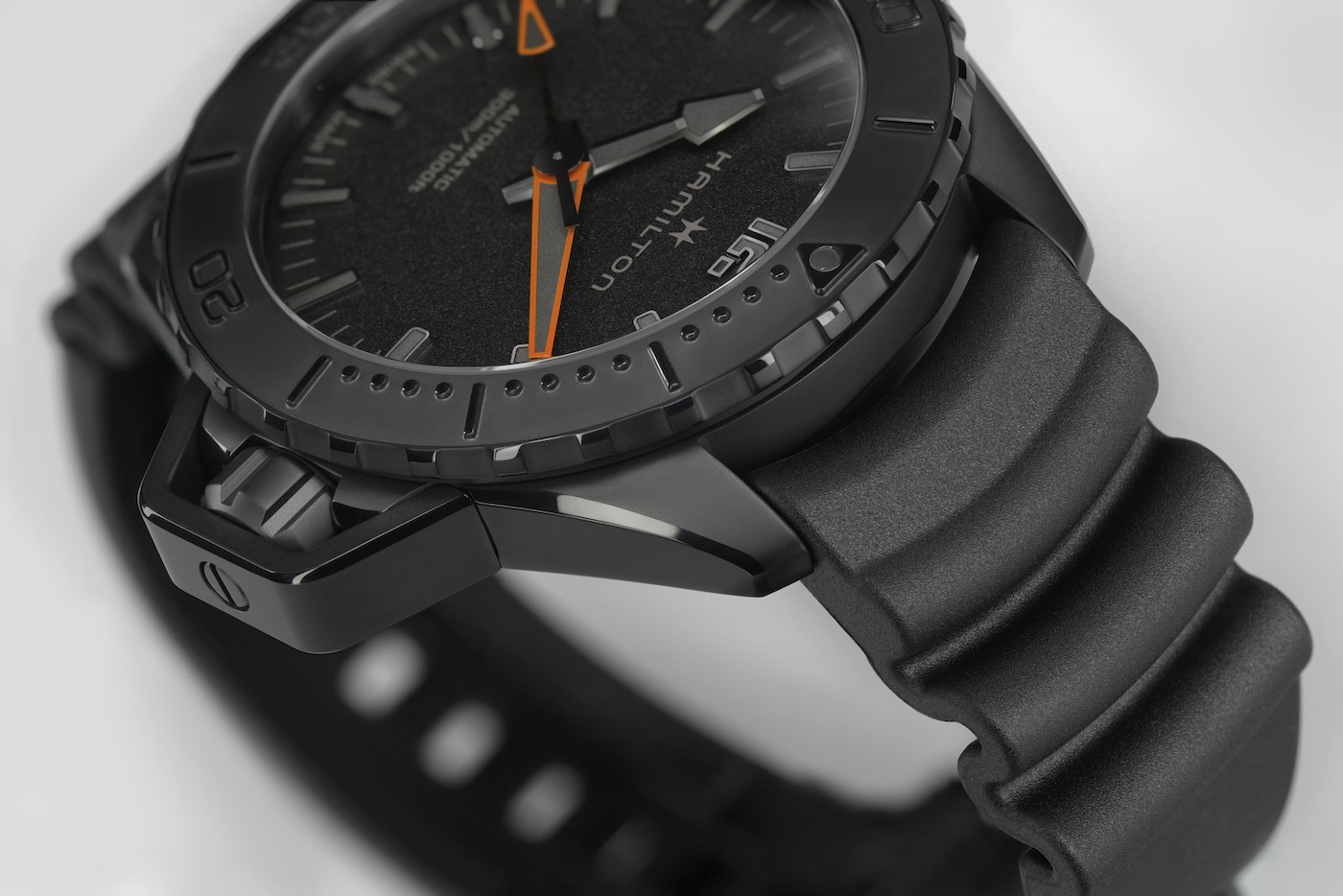 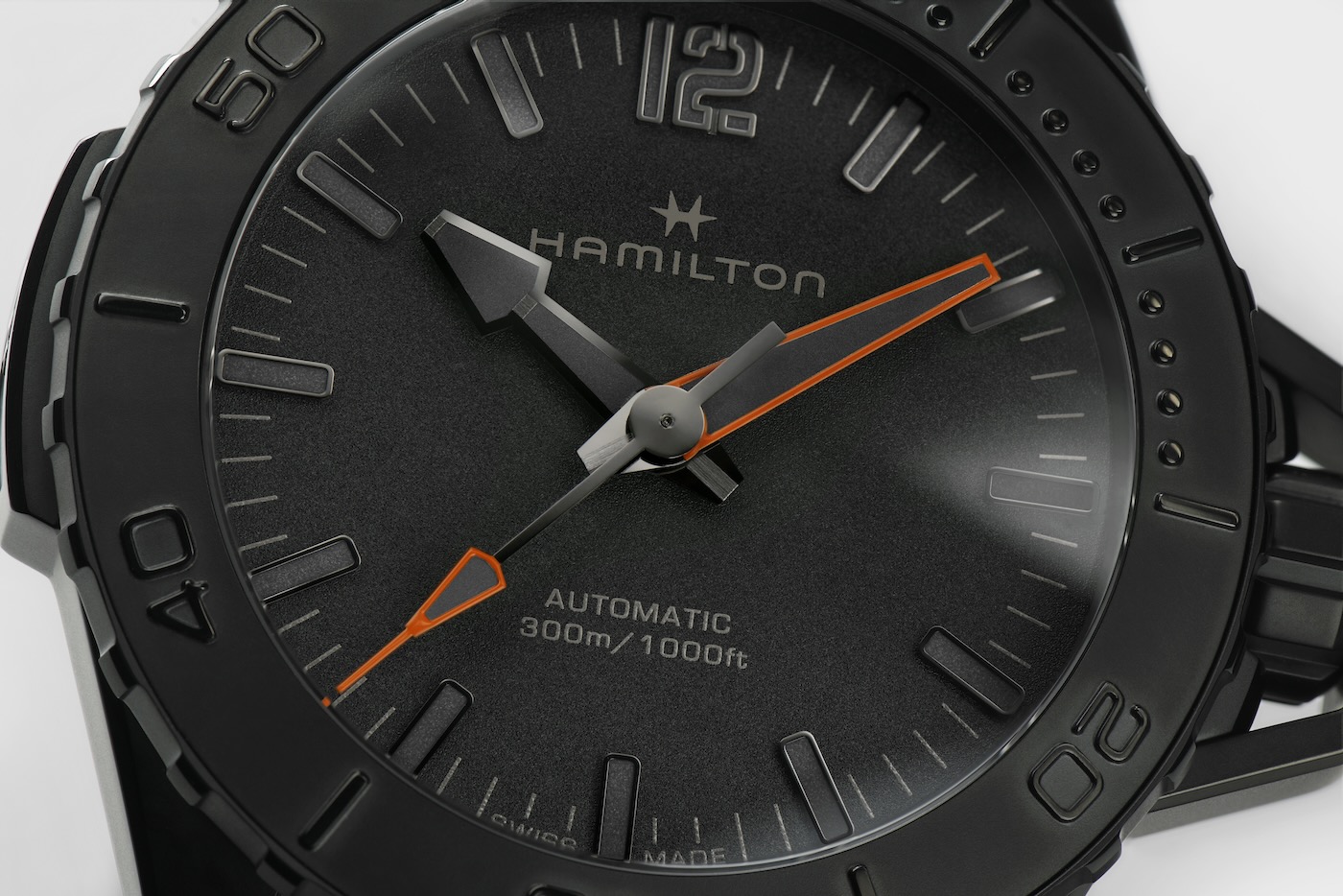 Like all watches in Hamilton’s Khaki line, legibility and functionality remain at the forefront of design. As such, the hands and markers are all large and amply filled with Super-LumiNova. In addition, the hour hand and tip of the seconds hand are accented in orange for instant readability against the matte black dial. Built as an instrument for adventure, the Frogman avoids the use of a date in favor of simplicity and legibility. However, the Frogman isn’t purely utilitarian, with nickeled applied indices and hour and seconds hands that make the watch suited to any occasion. 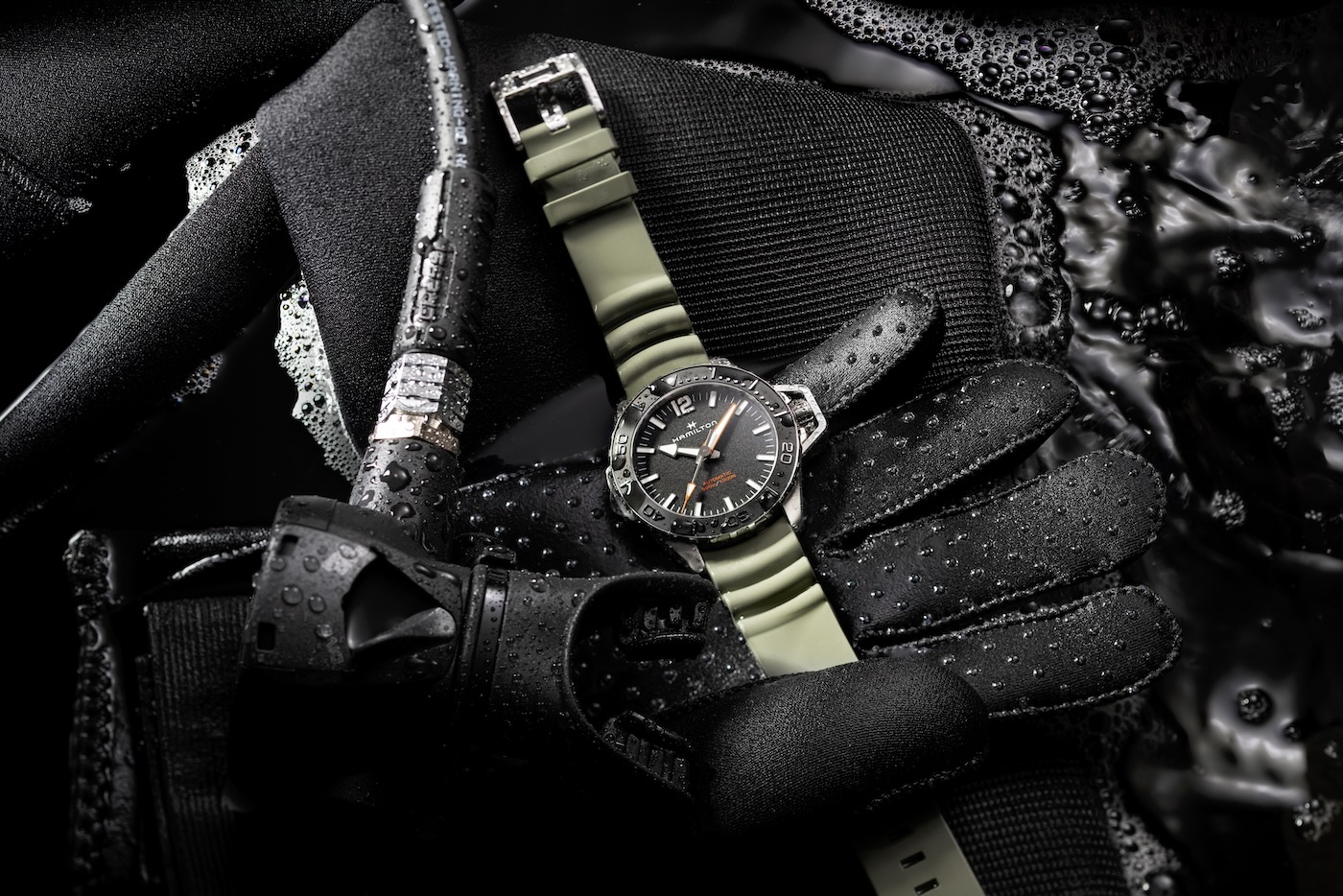 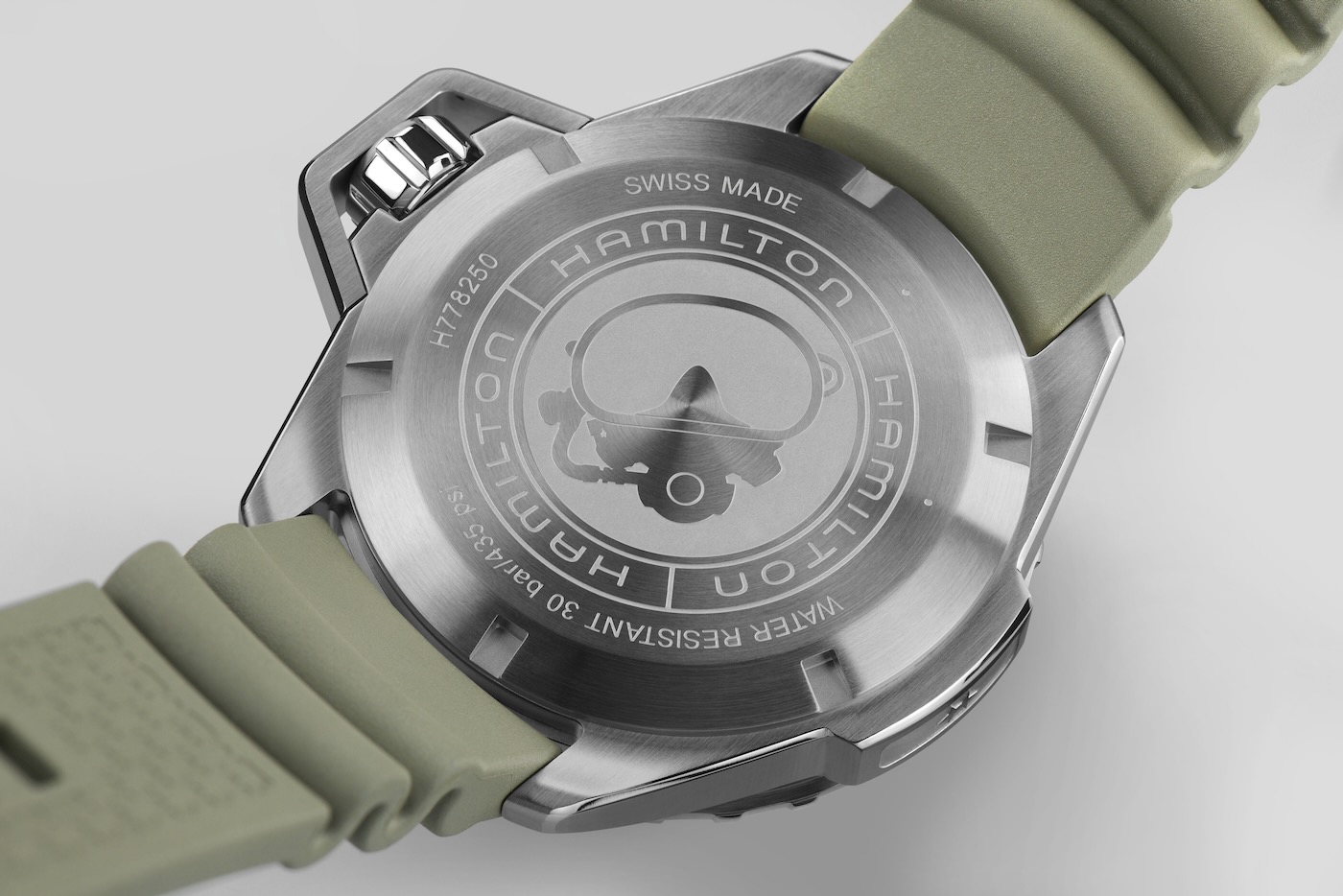 Beating away inside the case is Hamilton’s H-10 automatic movement, which beats at 21.6kbph and features an outstanding 80 hours of power reserve, along with accurate timekeeping thanks to the NivachronTM balance spring. The Hamilton Khaki Navy Frogman Automatic 46mm is available in three colorways: a black dial with black bezel, black dial with steel bezel, or a blacked-out, PVD-coated stealth version. The watches are available on a black or olive-green rubber wave strap — a practical choice that provides both style and function, as it conforms to wetsuit compression. However, for those who prefer a bracelet, the stainless-steel versions of the Frogman are also available on a three-link bracelet. 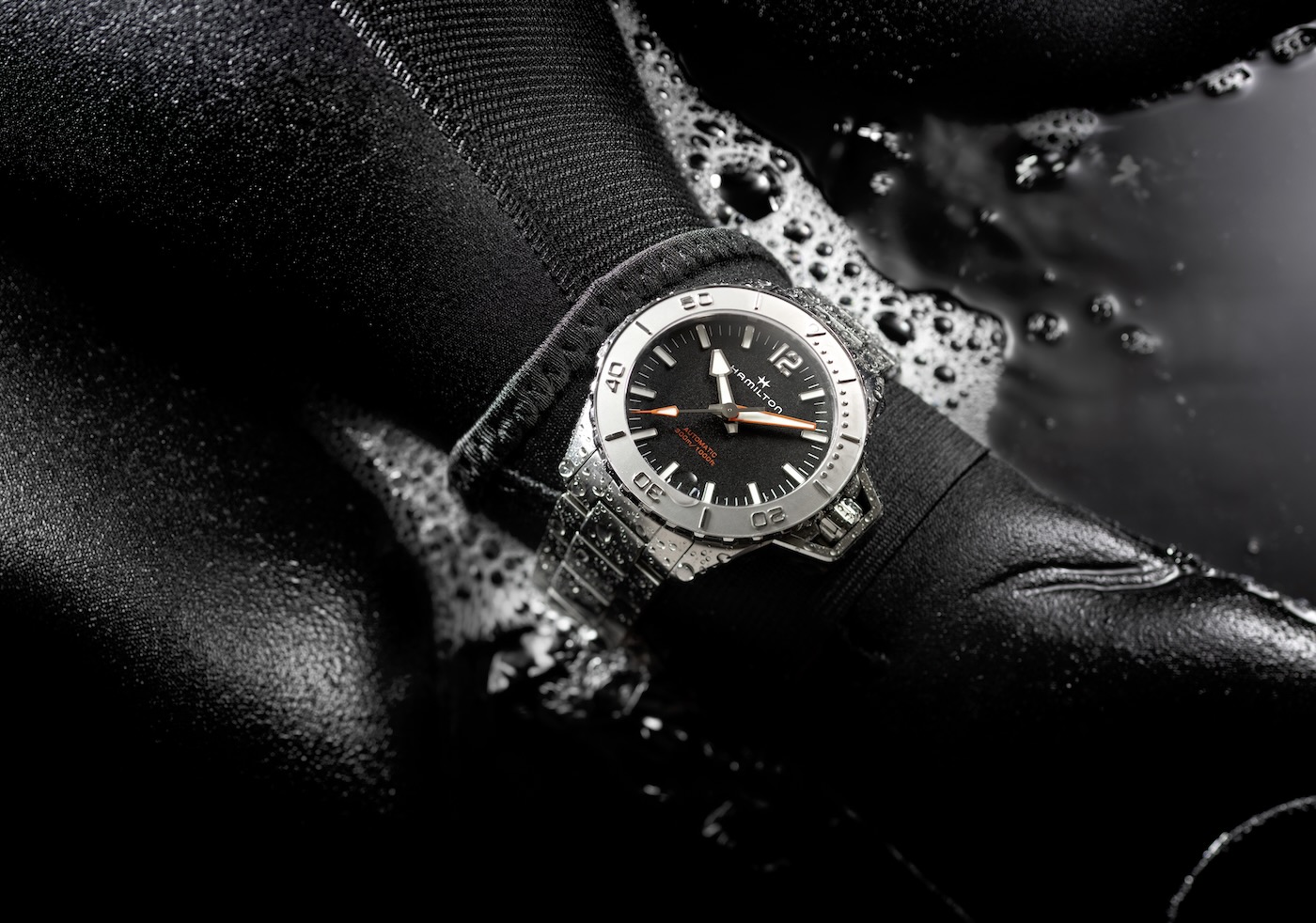 The Hamilton Khaki Navy Frogman Automatic 46mm is available now with prices starting at $1,195 USD ($1,295 USD for the PVD-coated version). For more information on the Frogman and other Hamilton watches, please be sure to visit  Hamilton’s website.