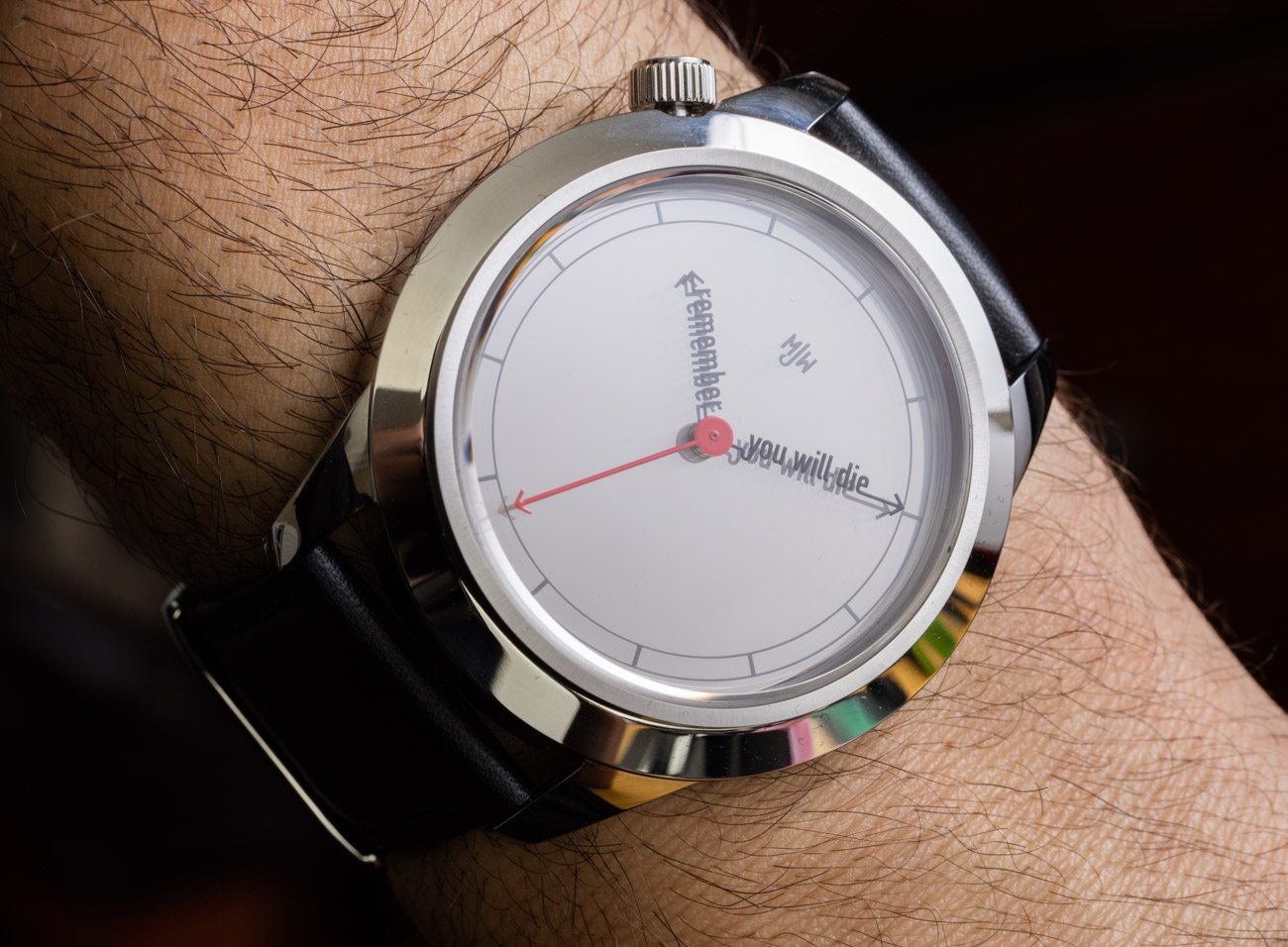 Hands-On: Mr. Jones Watch The Accurate XL With ‘Remember You Will Die’ Hands

The statement displayed on the hands of this peculiar “art watch is, “Remember you will die” is  It has been about 15 years since the original “The Accurate” watch was released by Mr. Jones Watches. The concept and design were created by brand founder Crispin Jones. The watch is his interpretation of a “memento mori,” or “mortality reminder, which is actually intended to be an uplifting (if sobering) reminder that life is meant to be lived and cherished since it is limited. As memento mori-style reminders are rare in the Western world, it can be a bit of a shock to see a wristwatch that reminds you of your fate.

Mr. Jones cleverly takes the concept a few steps further with both the name of the product and the mirror-style dial. The dial is meant to show a reflection of the person looking at the watch, so that when you stare at the hands, you also see your face. Just in case there was any ambiguity about who it is that the watch promises will at some point perish. 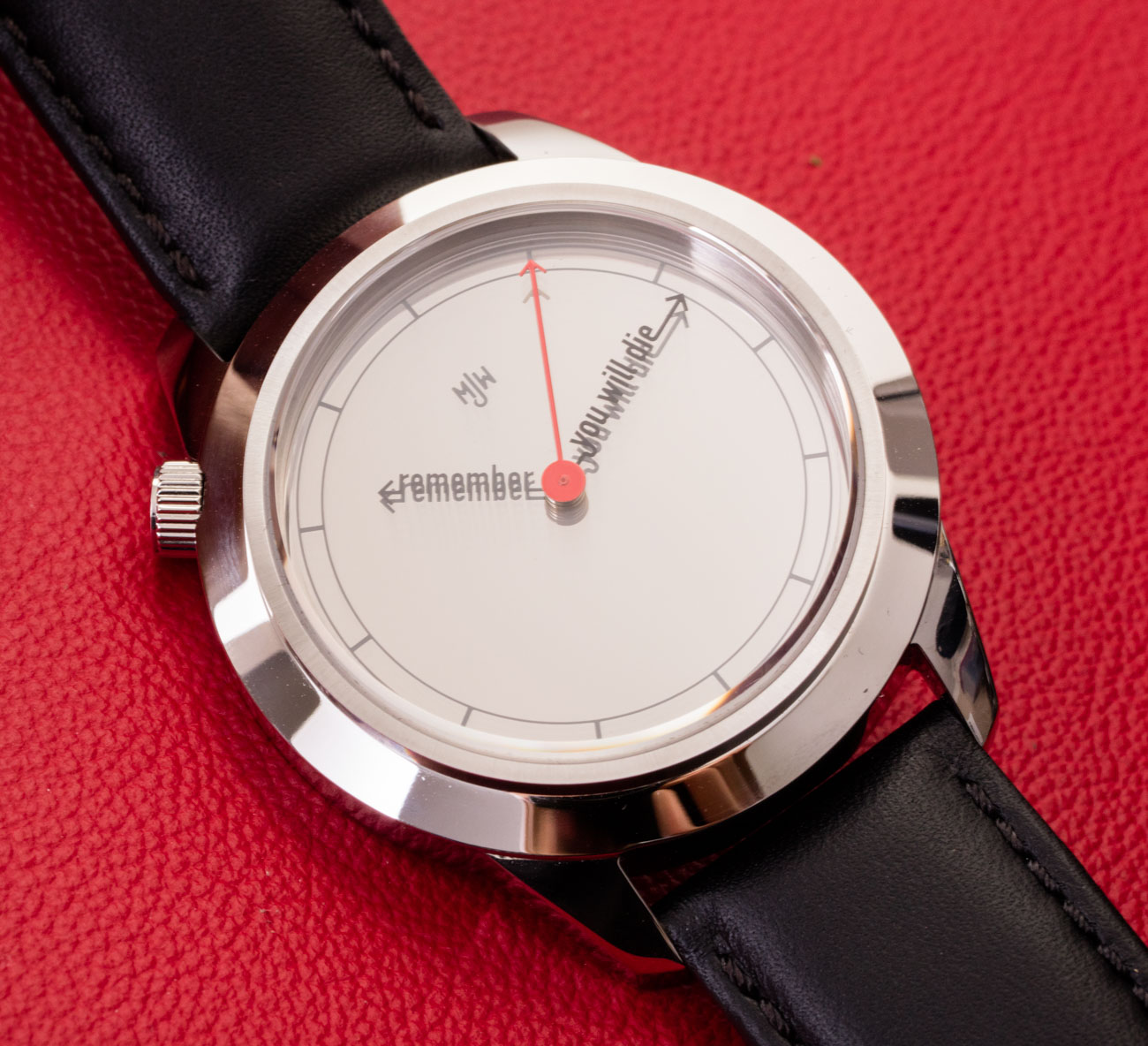 Then there is the name of the watch which is “The Accurate.” Why the name? Well it, refers to the “Remember you will die” statement on the dial, simply clarifying that it is a true and accurate statement. What is really new here is the release of the Mr. Jones The Accurate as The Accurate XL model. This increases the size of the original watch by putting it into the brand’s newer 45mm-wide polished steel cases and pairing it with a more sophisticated and high-end mechanical movement.

Speaking of that, The Accurate XL includes a Japanese Miyota 9015 automatic movement, a pleasure to view through the caseback. This 4Hz, two-day power reserve automatic mechanical movement has good performance, and its modest level of decoration helps upgrade the feeling of this affordable watch. 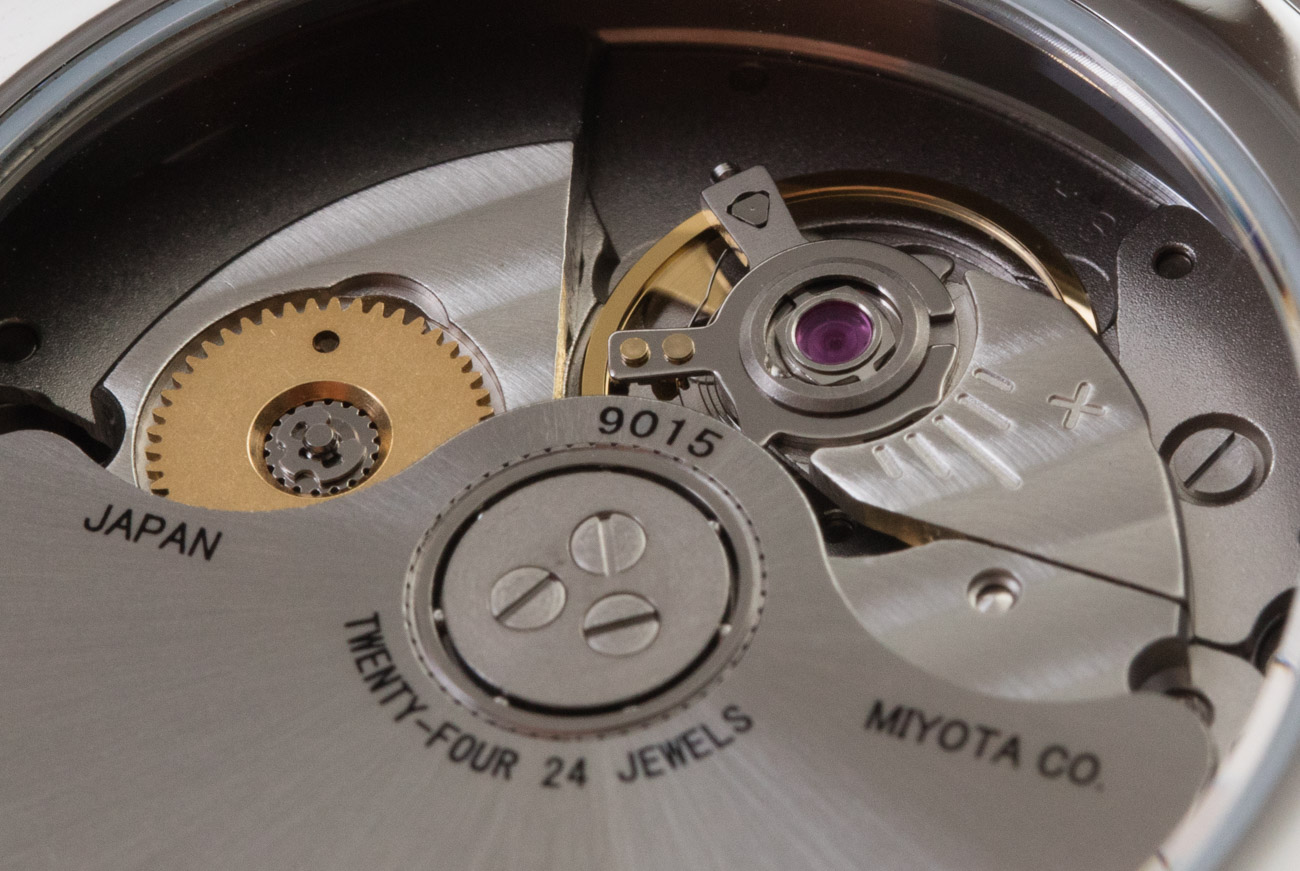 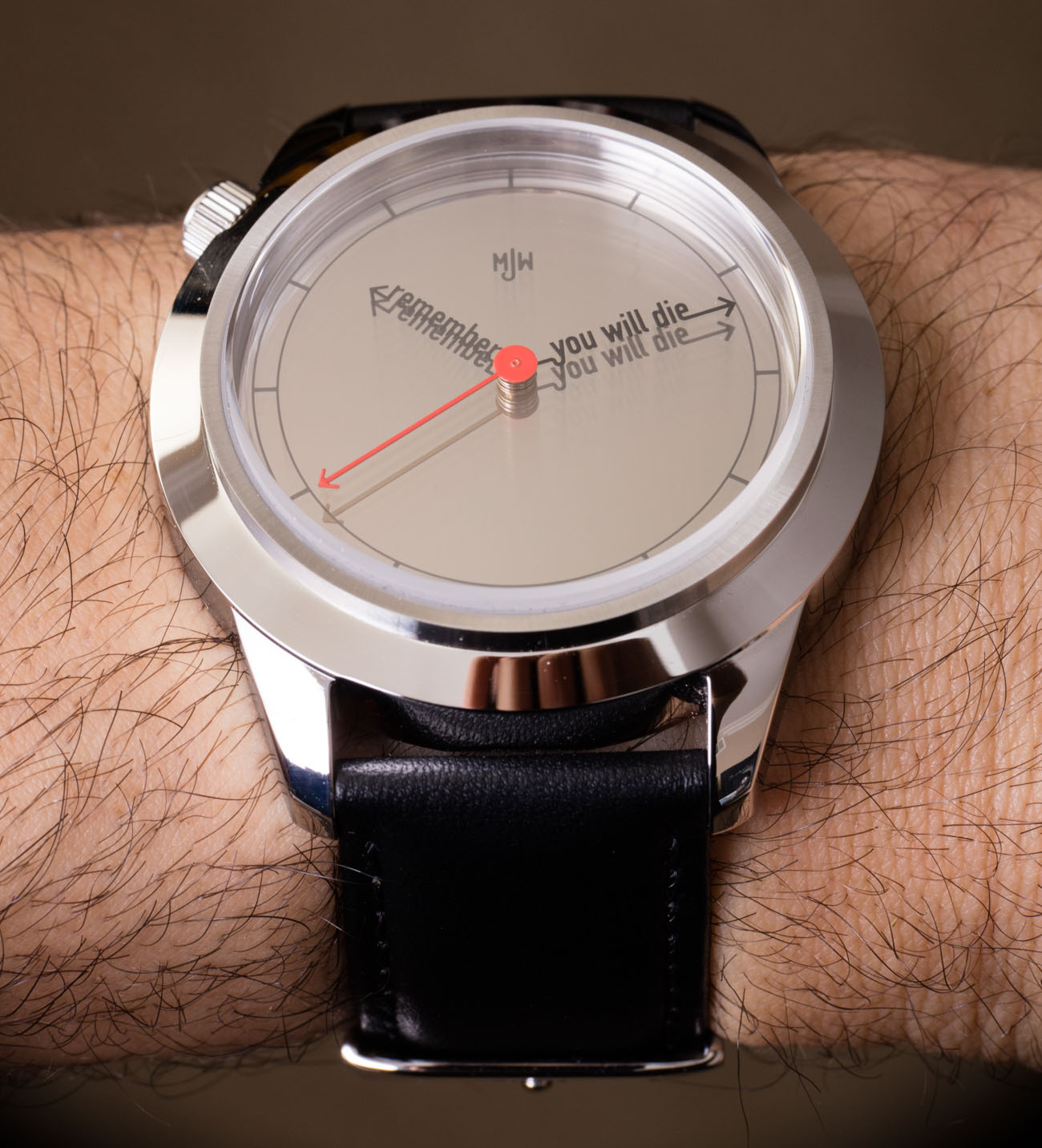 The Accurate hands are mirrored against the background and make for an interesting look. For what it is, the dial is remarkably legible, though I wouldn’t quite call this watch up to being a daily wear unless seeing the Remember You Will Die statement on your wrist is something you need to do regularly. With close inspection, I saw some specs of dust on the dial — which is actually probably normal, but with this type of mirror dial, you can see them much more easily. (I wouldn’t say this is an issue with more “naked eye” observations of the dial.) That is important feedback for Mr. Jones Watch’s supplier, given that certain materials and styles do require extra love and care during the assembly process.

Personally, I love the execution of The Accurate and its ability to tell a strong message simply. As an item of modern art, I think it is a classic, and it will probably be studied in a design class in the future. With The Accurate XL, Mr. Jones Watches takes what was a modestly sized 37mm-wide timepiece and finally makes it into something for modern watch wearers. In today’s social media landscape, rich with motivational statements, The Accurate concept has more “talking power” than ever before. That said, it still remains to be seen how a mainstream audience interprets the message, as it could be welcome or terrifying, depending on the observer.

To end this hands-on look at The Accurate XL timepiece, I spoke with Crispin Jones, of Mr. Jones Watches, who designed The Accurate. 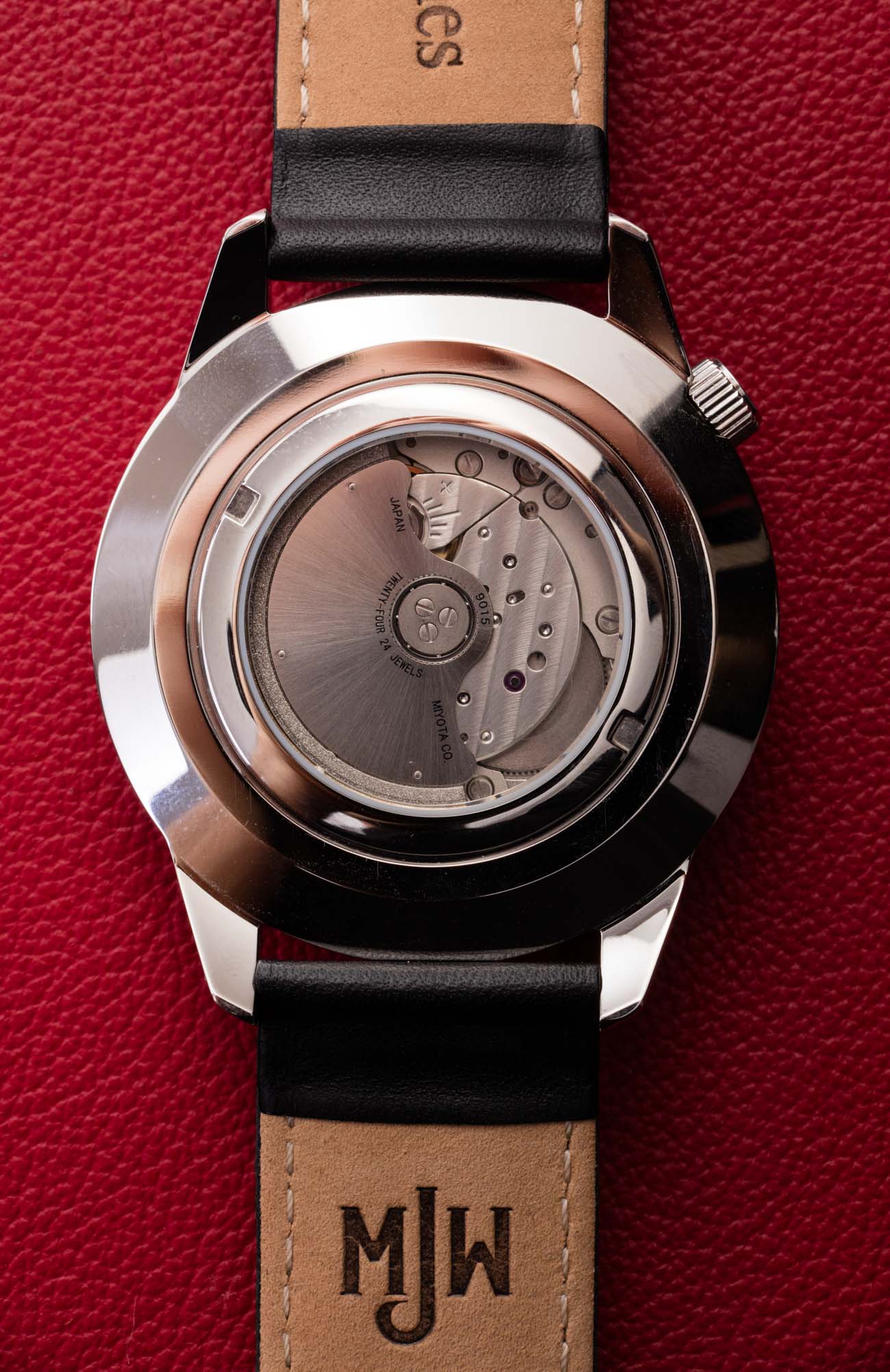 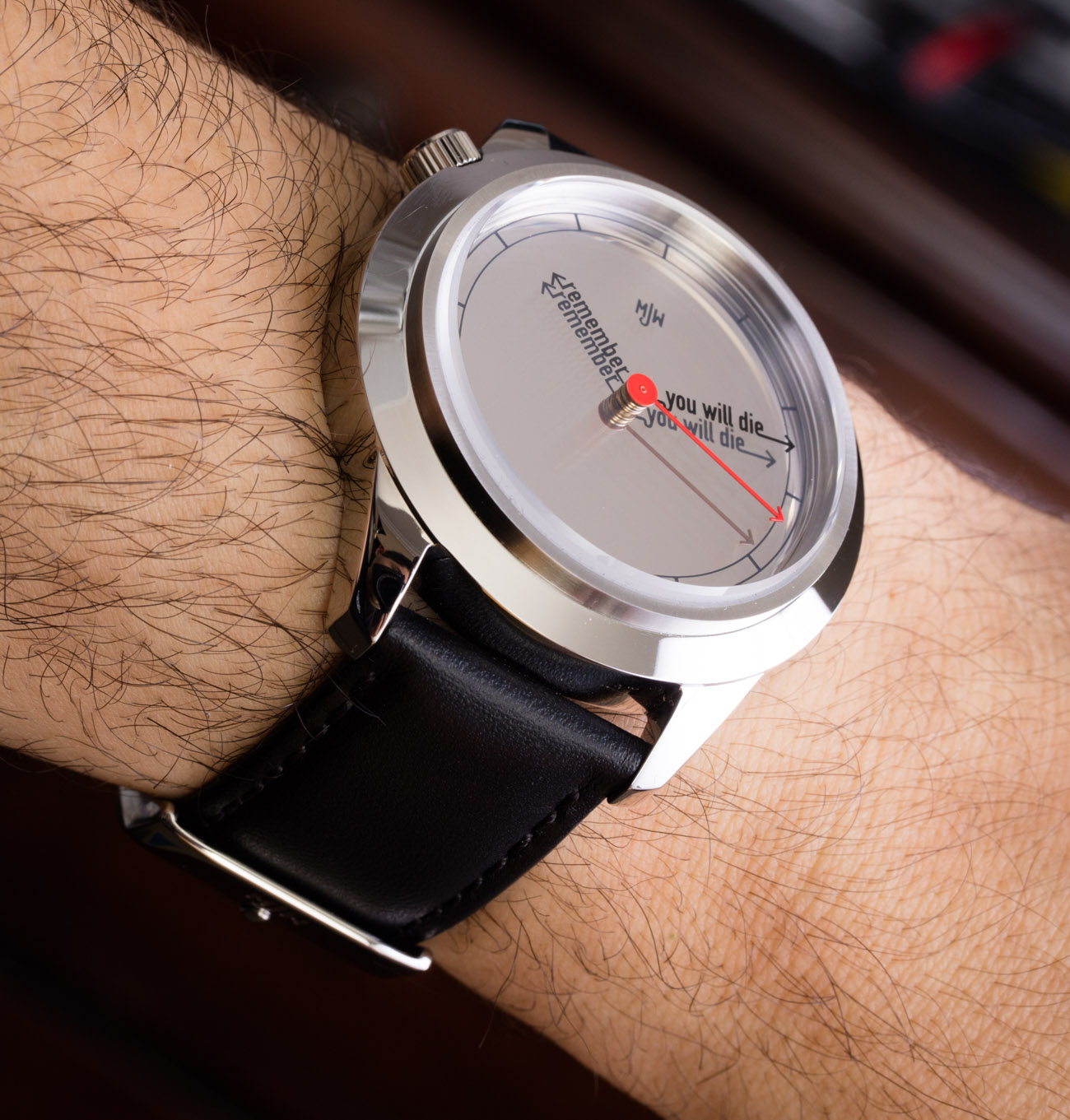 Ariel Adams (AA): The Accurate is the first Mr. Jones Watch I recall learning about. When did you design it? What was your goal with the product when it was first released?

Crispin Jones (CJ): Although this watch was part of our very first series back in 2007, the real precursor I designed a few years earlier when I was making one-off pieces for exhibitions. I designed a sort of conceptual series of watches back in 2005, and one of these had a display that alternated the time with the phrase “remember you will die.”

These conceptual watches were all designed as sort of thought-provoking objects to make us question the role of the watch beyond the strictly functional display of time. The “remember you will die” watch was a way of undermining and making more humble the person who wears an expensive status-symbol watch.

AA: Looking back at The Accurate’s highly emotive “Remember You Will Die” dial statement now, some years later, what may have changed about how you feel? Or what has been confirmed?

CJ: Honestly, I think initially I just thought it was a cool, iconoclastic thing to have on a watch face. Now I feel the resonance much more profoundly — I look at it and have the sense that time passes really quickly.

I designed the original back in 2005, that’s nearly 14 years ago and if feels pretty recent. If I look ahead 14 years I’ll be nearly 60 and approaching the end of my working life. That motivates me to keep moving forward and trying new things — none of us will be around forever… 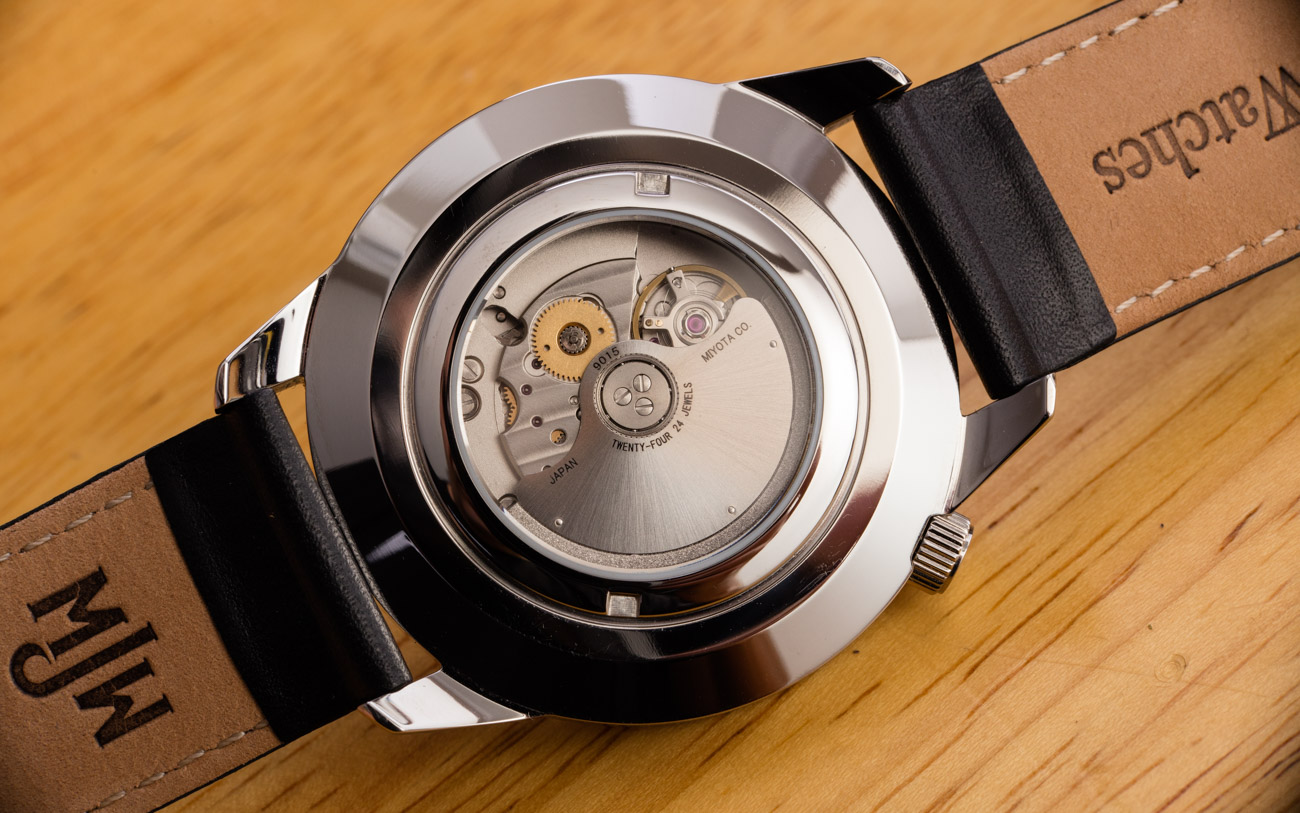 AA: We live in a world of ever-present “motivational statements” all around us (especially online). Few have the wisdom of the “memento mori” concept you channeled in The Accurate watch. What advice can you give people for what statements to possibly incorporate into their lives and which to shrug off?

CJ: Hmm… there’s a phrase about sports that, “Boxing is the sport to which all other sports aspire,” I guess meaning that boxing is somehow the very essence of sport — two people, each trying to knock the other down.

I think in the same way all motivational statements aspire to be “remember you will die;” it kind of encapsulates the sense that our time is finite and we should maintain a view of the bigger picture of life.

Just on this as well, there’s a really interesting series of “Questions for Students” that the American sculptor David Smith wrote in the 1950s for aspiring artists. They’re sort of rhetorical devices for making you think and are intended to provoke reflection. Although a lot of them are somewhat specific to that audience, many others are rather profound. For example: “Do you think that your own time and now is the greatest in the history of art, or do you excuse your own lack of full devotion with the half-belief that some other time would have been better for you to make art?”

You can read the full list of questions here. 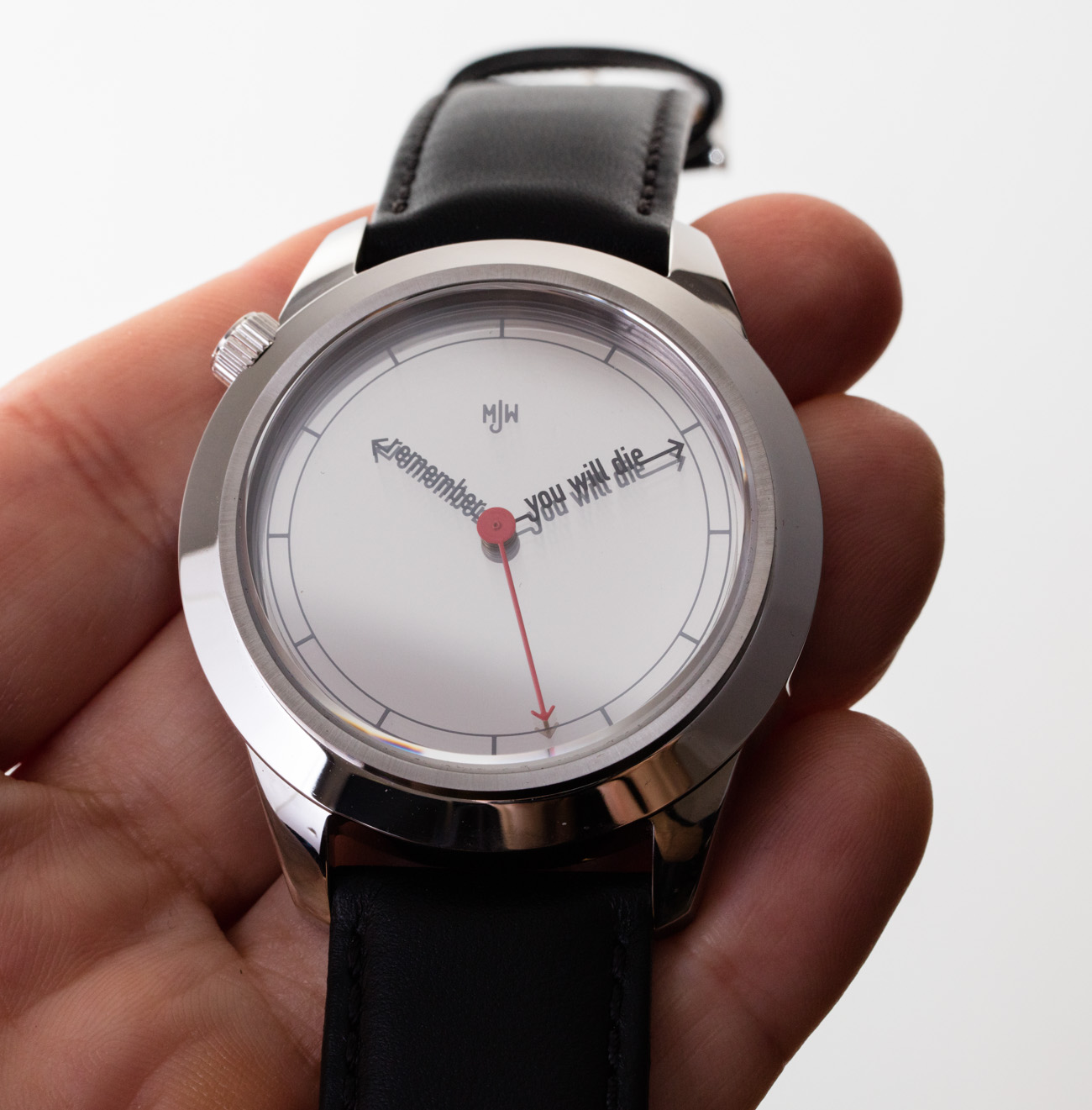 AA: With the new larger size in the 45mm case, The Accurate XL also features a mechanical movement. In essence, a whole new category of watch consumer will now be interested in the watch. What do you want them to know about the Mr. Jones Watch brand and the different types of people you’ve noticed who wore and loved the original The Accurate watch model?

CJ: Okay, about Mr. Jones Watches — I guess that we really strive to follow our own path. I’m endlessly puzzled that the watch industry is so conservative; our watches are kind of designed to appeal to all those people who feel alienated or disinterested in what the traditional watch looks like.

In terms of The Accurate it’s always really interesting to see people’s reactions and really hard to predict — it is a really polarizing design. We have a small shop in London, and I’m constantly surprised by the people who really engage and respond to the watch. It doesn’t seem to follow any lines of gender, age, or so forth.

I guess the people who wear and love the watch all see it as a very positive, energizing message and a reminder that life is not a dress rehearsal.