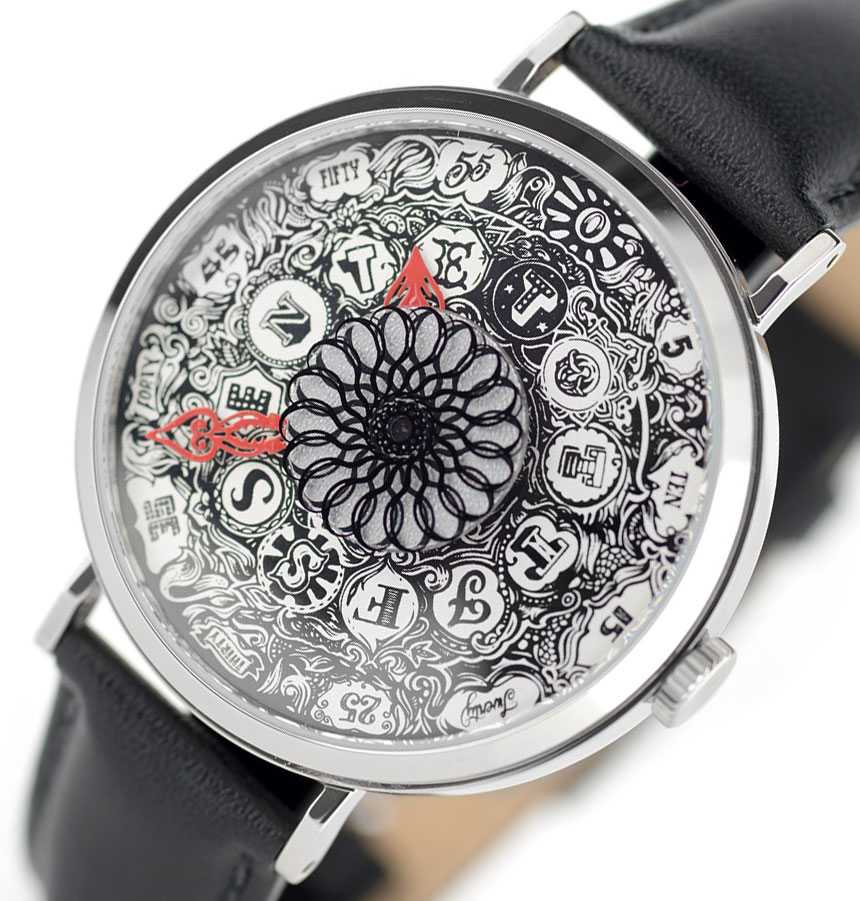 British brand Mr Jones Watches believes that a watch should do more than merely tell the time. And following this belief, the brand has created a collection full of strikingly unusual watches over the years. Having released a few fun and interesting watches such as the Mr Jones Last Laugh Tattoo, Sun and Moon, and Timewise watches in the recent past, the brand is now introducing yet another quirky timepiece called Fantastic Exploits. It features a bizarre black and white dial with a mixture of Victorian lettering, “old-school” tattoo-style art, and circus motifs, along with a Kaleidoscope-effect seconds indicator at the center. And, unusual for the brand, the watch is powered by a Swiss automatic movement in a 40mm-wide case – their “biggest, boldest watch” yet – while maintaining Mr Jones’ typically affordable prices.

Before having a closer look at the watch, let us talk a little about how it was conceptualized. Mr Jones Watches has in the past worked together with various artists to create unique watch dials, and the Mr Jones Fantastic Exploits gets a similar treatment too. For the Fantastic Exploits, the brand has collaborated with London-based artist and illustrator Vic Lee. Lee has around 20 years of experience working as a graphic designer, and his work is centered around illustrations that use text and letter forms in unexpected ways. A brief look at some of his works below showcases his love for distinctive typography, and the same can be witnessed on the dial of the Mr Jones Fantastic Exploits watch. 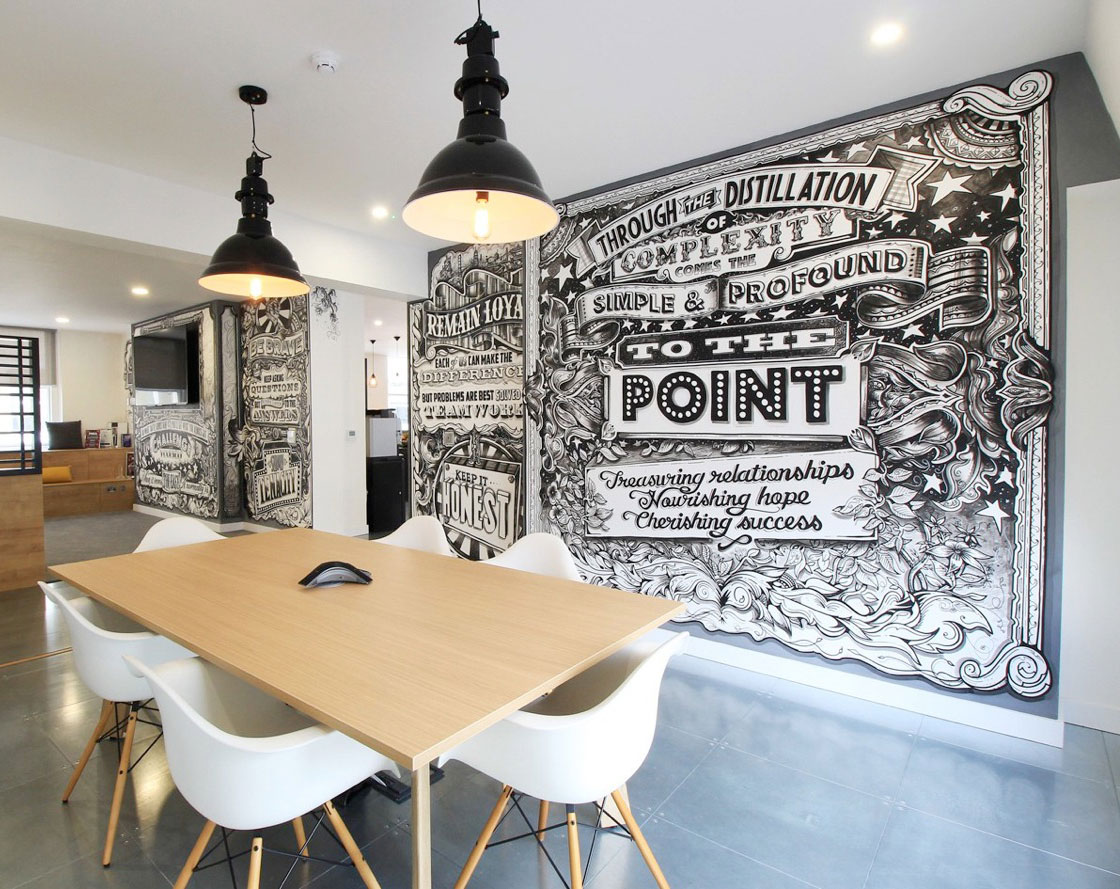 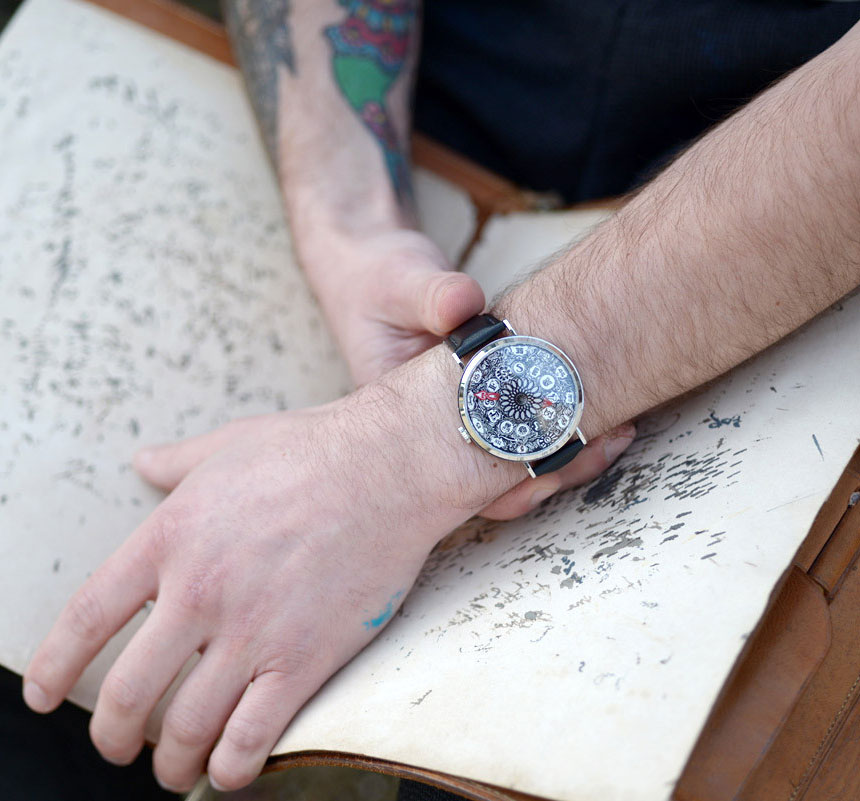 One of the things I generally look out for in a timepiece is good legibility, but given the artistic nature of the Fantastic Exploit’s dial, that has been sacrificed some here. Having said that, the unusually shaped red handset does help out in reading the time by providing a decent contrast against the black and white backdrop. The hour markers have been uniquely presented using the first letter of the number for that particular hour – e.g., the 6 o’clock hour marker is represented by the letter S, the initial of the word Six. 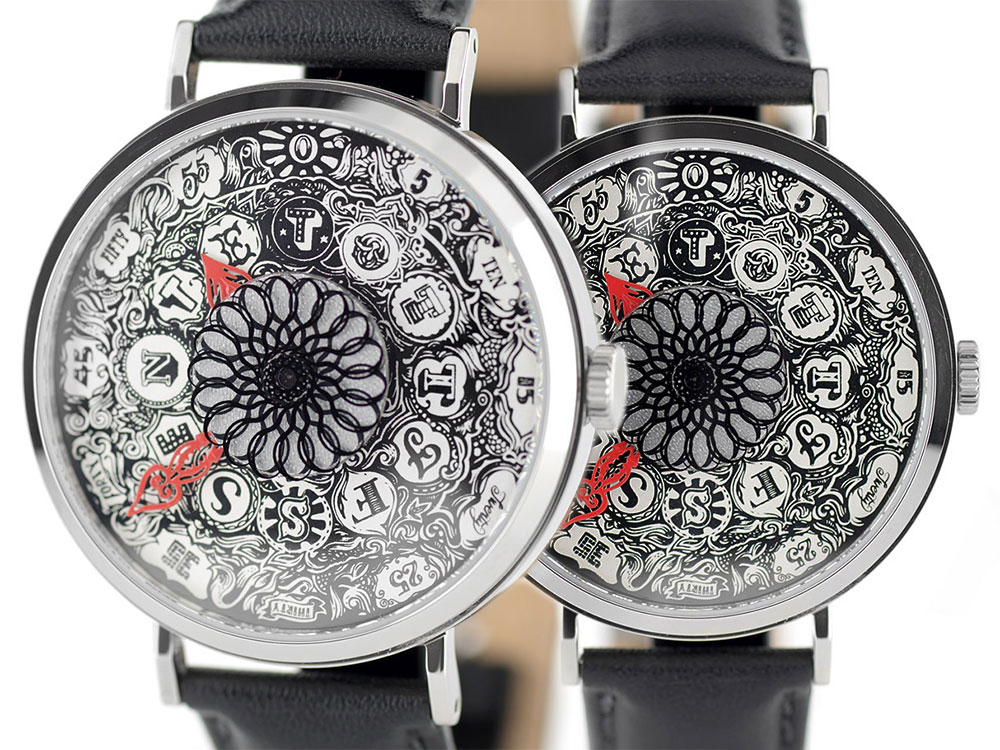 The five-minute markers are printed on the outer periphery of the dial in an intentionally disparate mixture of styles. Further adding visual interest and density to the dial, the seconds have been represented using a hypnotic pattern which changes shape as time passes, which I think is a great detail and gives the watch a dynamic character. Another interesting detail here is how the circus and tattoo themes have been seamlessly integrated throughout the dial, ranging from the stylized letters to the abstract patterns, giving the dial its artistic identity. 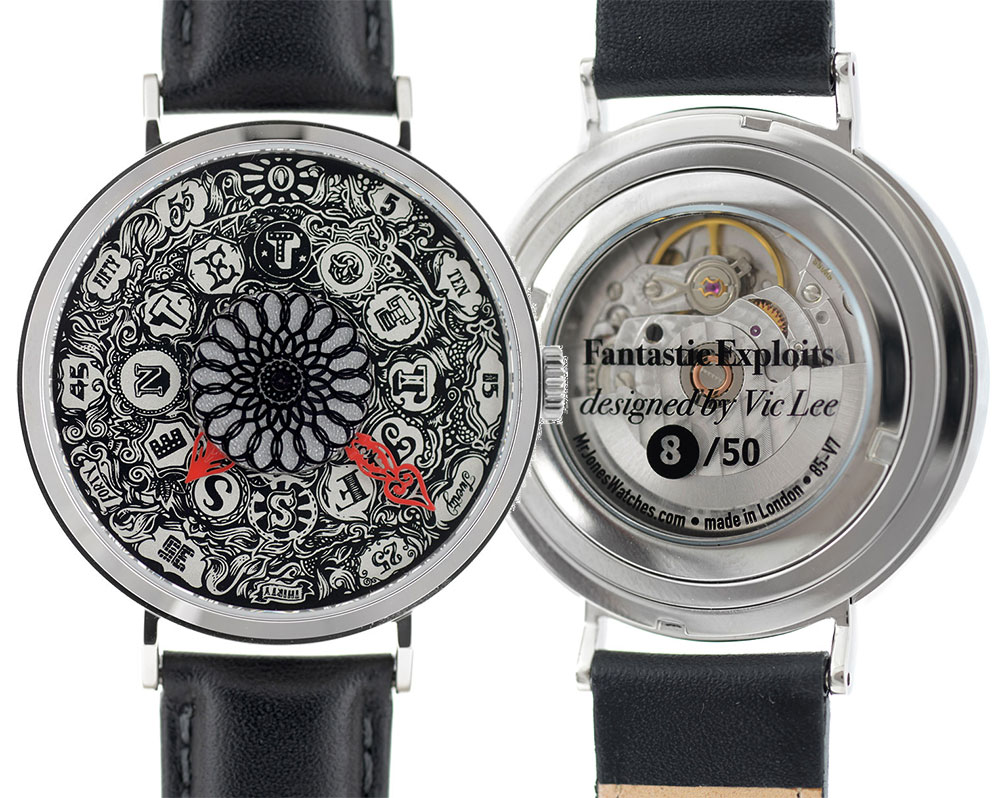 The Mr Jones x Vic Lee Fantastic Exploits watch is the brand’s largest yet with a 40mm-wide stainless steel case. That might not be large among most watches, but many Mr Jones men’s watches have been 37mm. The case is topped by a sapphire crystal on the front – also less common for the brand – and a mineral glass on the exhibition case back to view the movement. The movement powering this watch is the Fossil-made STP1-11 automatic mechanical movement, which is Fossil’s answer to ETA‘s 2824-1 and the Sellita SW200-1. The movement beats at a healthy 28,800bph and offers a power reserve of around 44 hours with some perlage and Côtes de Genève on the rotor. The mineral crystal case back also comes stamped with relevant information pertaining to the watch, but I feel it would have been a better move to put that text on the steel portion of the case back and leave the view of the movement clear. 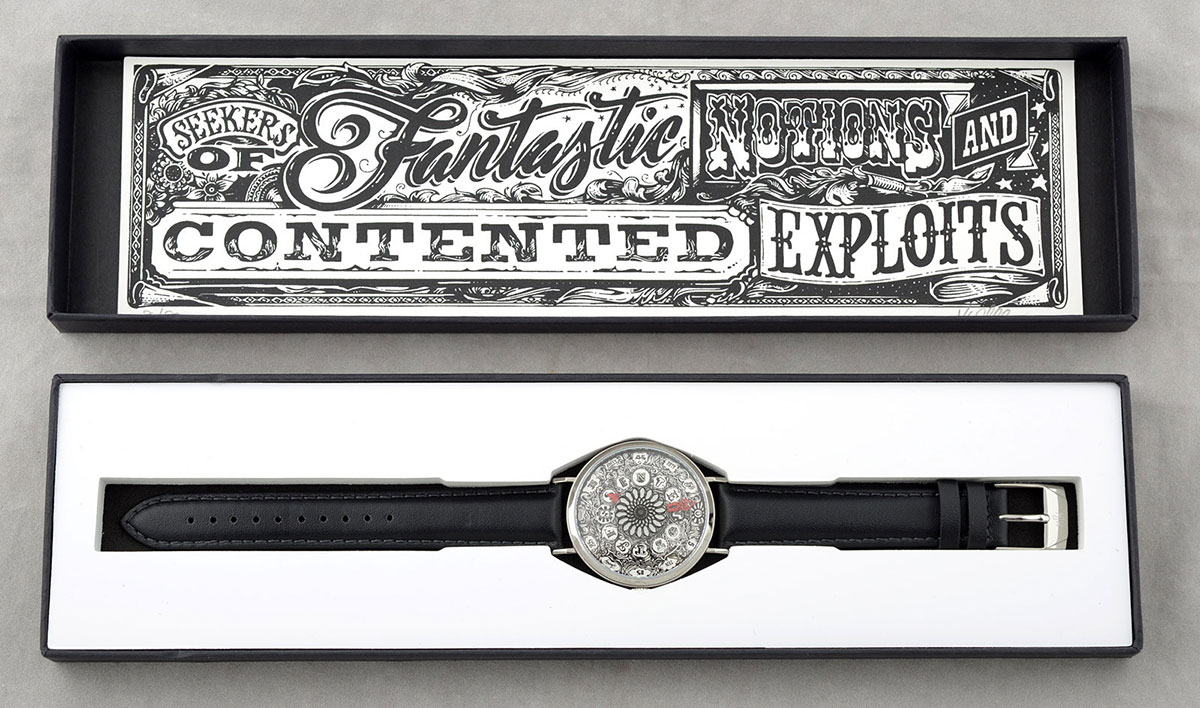 The Fantastic Exploits is yet another unique, artistic watch by Mr Jones. This time, however, the value proposition is raised by certain features enthusiasts look for like a Swiss mechanical movement and sapphire crystal. That, along with a size that is more wearable for a lot of people, allows Mr Jones to reach out to a broader market that may have previously been interested in their concepts and designs but that demand certain specs. While all 50 pieces of the limited-edition Mr Jones Fantastic Exploits watch currently appear to be sold out on the brand’s site, we hope to see more like this from Mr Jones in the future. Each watch also comes on a black leather strap and with a limited-edition artwork designed by Vic Lee inside the box. Retail price for the Mr Jones Fantastic Exploits watch is £285 (which, at time of writing, is around $370 USD). mrjoneswatches.com