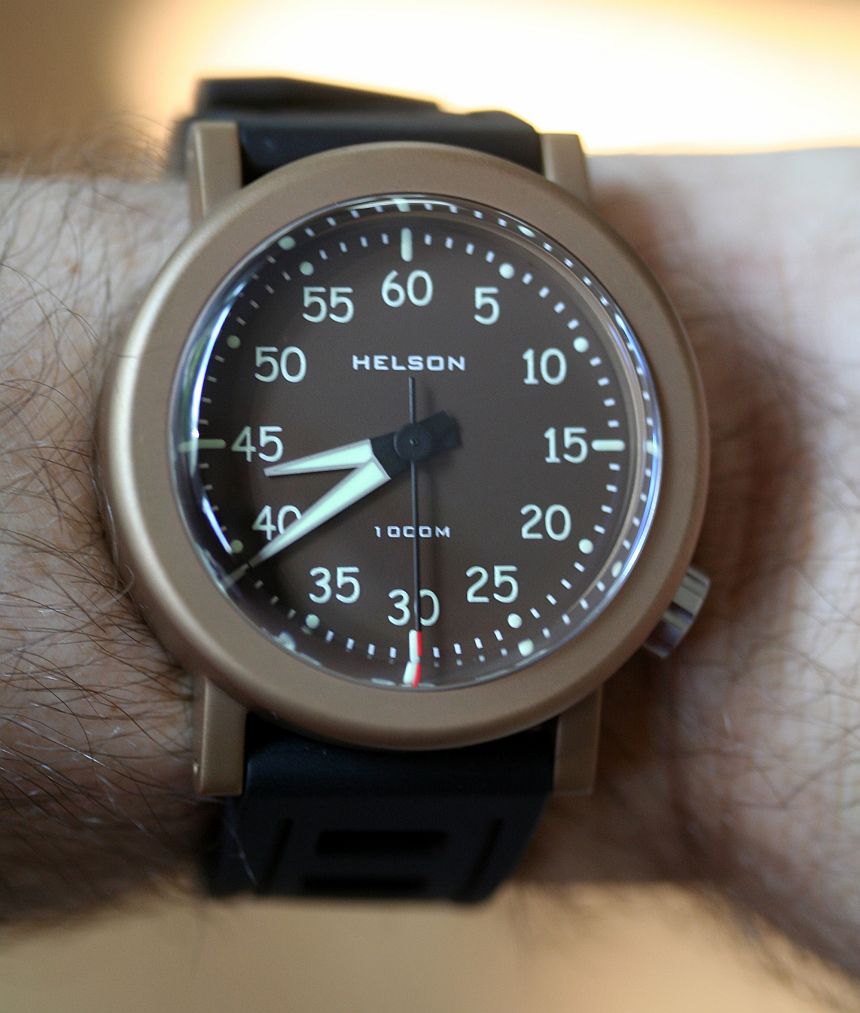 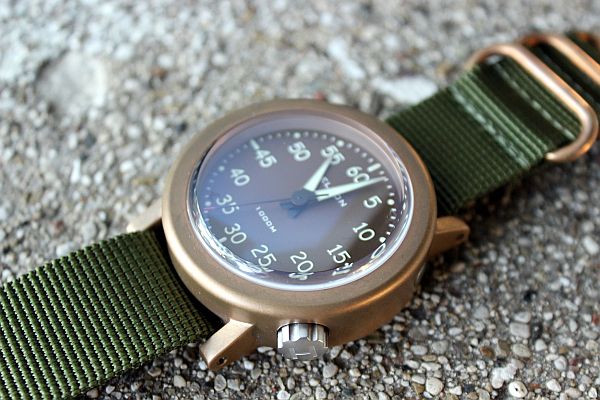 Helson is one of those brands that I’ve often viewed from afar – I’ve been well aware of them and the love their products have gotten from various watch forums. I say from afar, as I’ve not had the chance to review any of their seemingly excellent lineup. Today, though, we’ll kill two birds with one stone – I’ve got my first hands-on review of a Helson model, and it also happens to be the first bronze watch I’ve had on my wrist this year.

Now, if you’re even passingly familiar with the Helson lineup, you know that they’ve created some serious dive watches (as an aside, the dive watch category has a lot of options if you’re perusing the micro brands, as it’s a popular segment for them to jump into), and the Gauge Bronze is no exception. If you were planning to dive with the watch, you’ll be glad to know that it features an automatic helium escape valve and a 1000m water resistance rating, and one of the two straps it comes with is a natural rubber one. 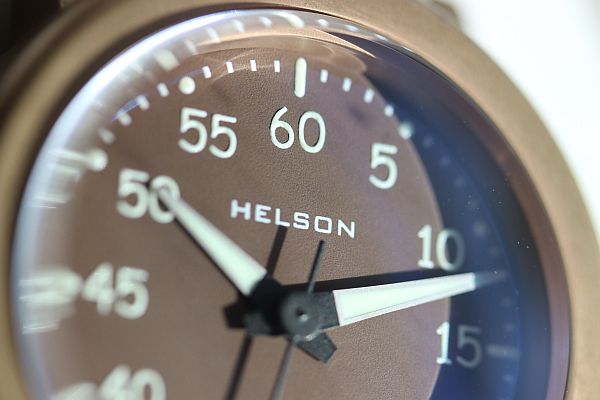 Then again, if you’re familiar with bronze (CuSn8 in this case), you might be thinking you’d not want to get it anywhere near a large body of water, given the fact that the bronze will oxidize with the water (be it pool, lake, or ocean). Frankly, I say go for it. With a bronze watch, the patina and oxidation that develops is part and parcel of the character of the watch, and truly helps you to make the watch your own. I myself didn’t get into the water with it at all, but I did see some patina developing just from my own skin chemistry and sweat (the humid Chicago summer probably helped a bit as well). Just bear in mind that you’ll likely end up with some green on your wrists (but it washes off easily).

Whether you’re going to go diving or not, you can probably guess that a watch rated for 1000m is not going to be a slimline that you tuck under your dress shirt. The 47mm case does reach a height of 17.6mm, plus there’s the highly domed (and 4mm thick) sapphire crystal. Looking at that spec on paper, that was one of my biggest concerns going into the review. Once I had the watch strapped on however, the concerns were definitely allayed. Make no mistake – this is a thick watch. But if you’ve spent any time around steel divers as of late, the Gauge is well within the range of what you’re used to. 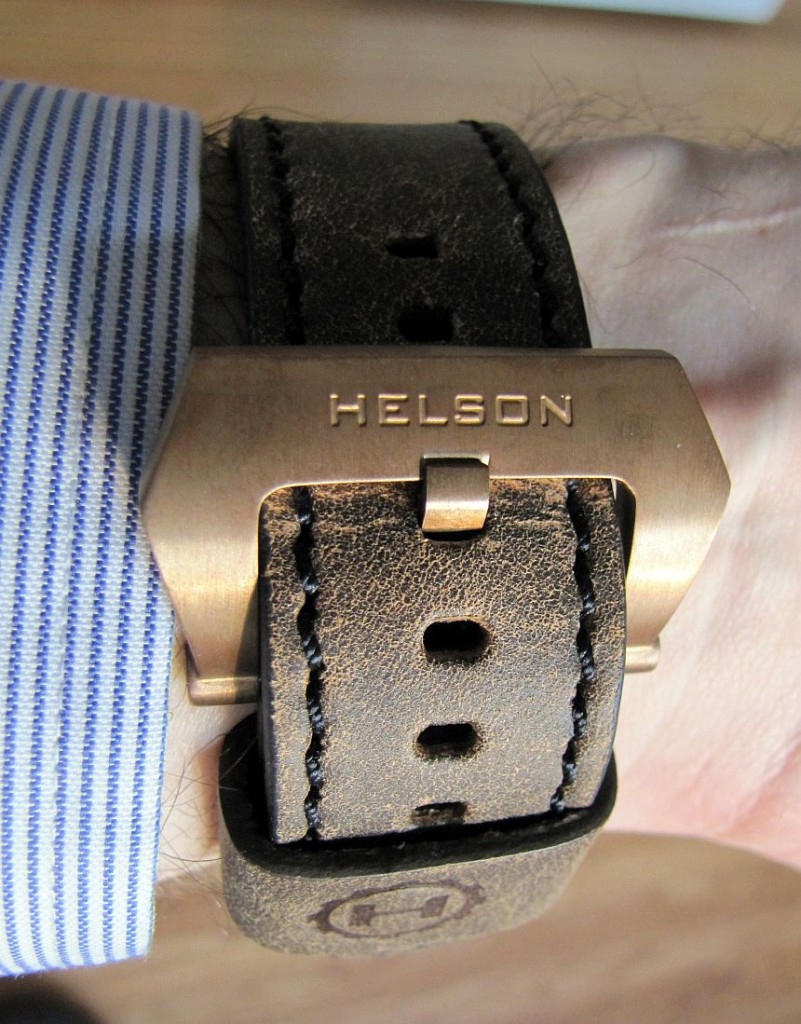