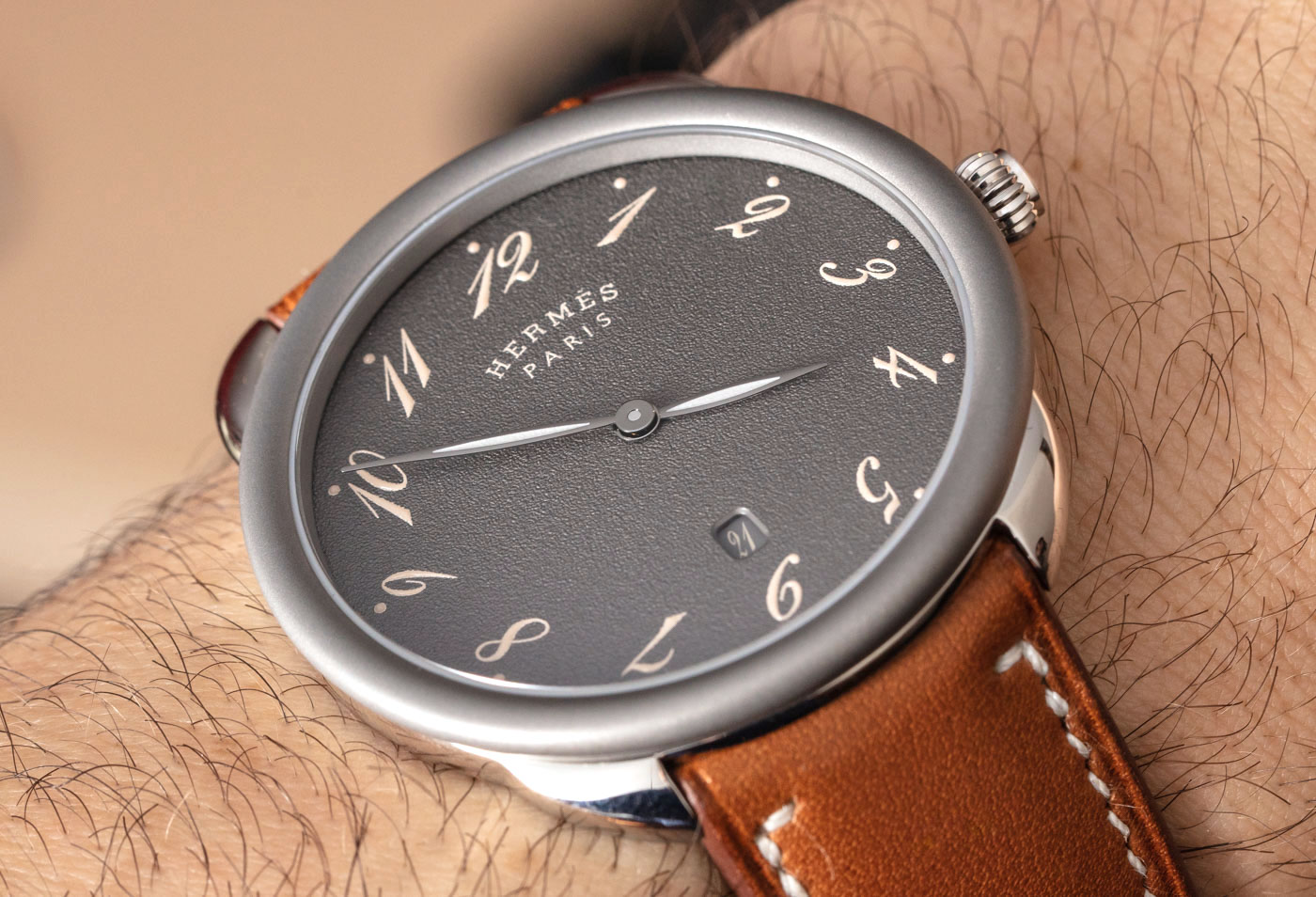 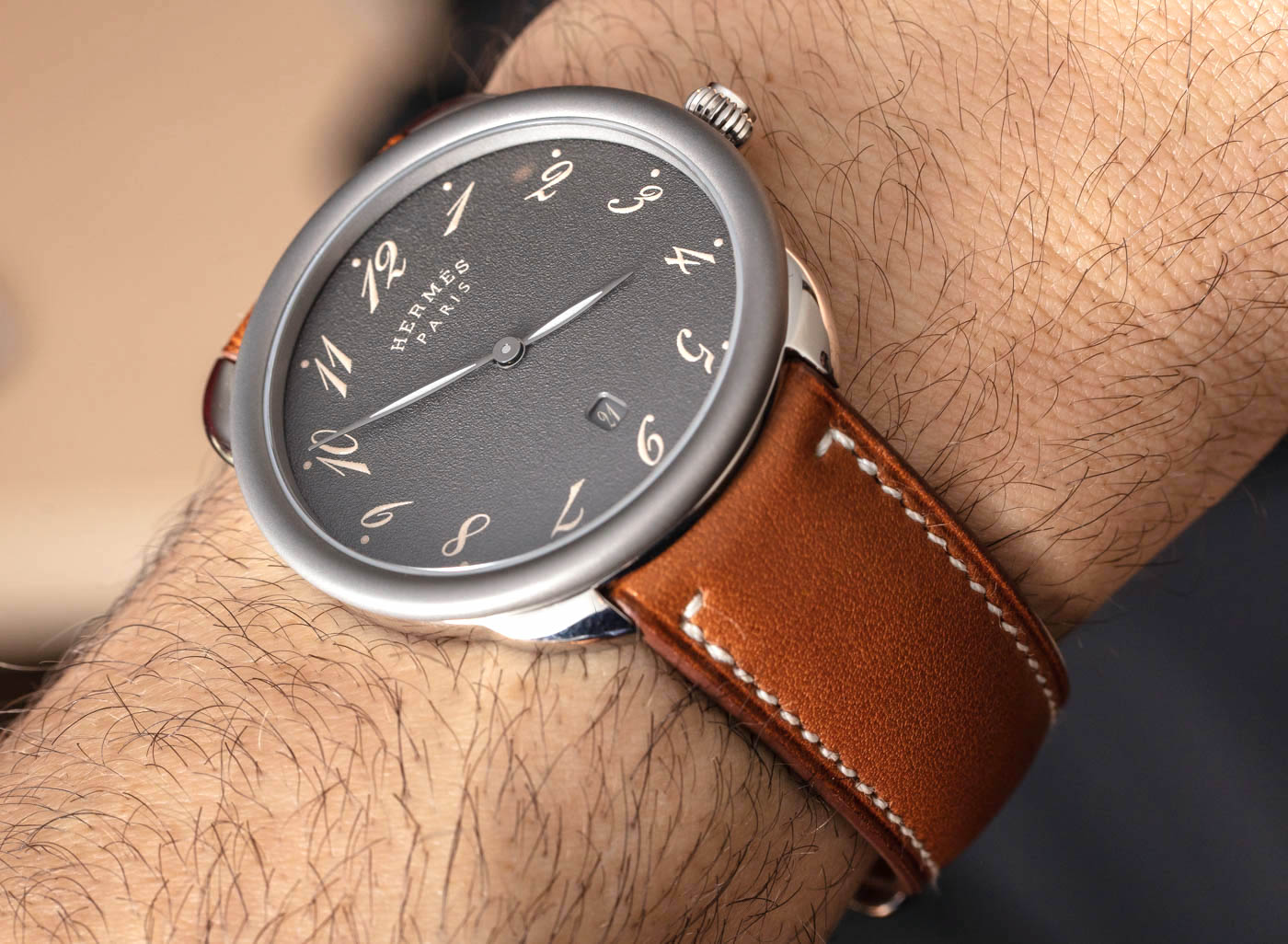 The Hermès Arceau 78 is an interesting watch that it isn’t easy to position in the universe of luxury watches. The dial says Hermès on it, which on its own would classify it no higher than “Fashion Brand’s Luxury Watch Attempt No. 24392.” However, fans of Hermès — and watch industry insider trivia — will know that the company has invested tens of millions of Swiss francs in its movement-, case- and dial-making facilities, and so the Hermès Arceau 78 reference W047360WW00 actually is an entry-level, yet uniquely styled, watch from a company that has, since 1929, loved its watches.

Humor me a personal note — or just skip it, if you wish. I am sharing only because I feel a large number of watch-lovers might approach Hermès similarly to how I do. You see, I do not dislike the brand, but I am certainly not a wired-up fan of Hermès watches either. In the way of communication, design, and openness, the company has not yet done much to convince me, as a watch-lover, to investigate it more closely. Outside its artistic, high-end watches (like the fantastic Hermès Arceau L’Heure De La Lune), Hermès watch designs, though stirrup-inspired, have not stirred me up in a world where there are hundreds upon thousands of watches begging for attention. Now that I am covering the Hermès Arceau 78, I do very much take the task seriously, and that has naturally resulted in my taking a closer look — and I am glad I did. 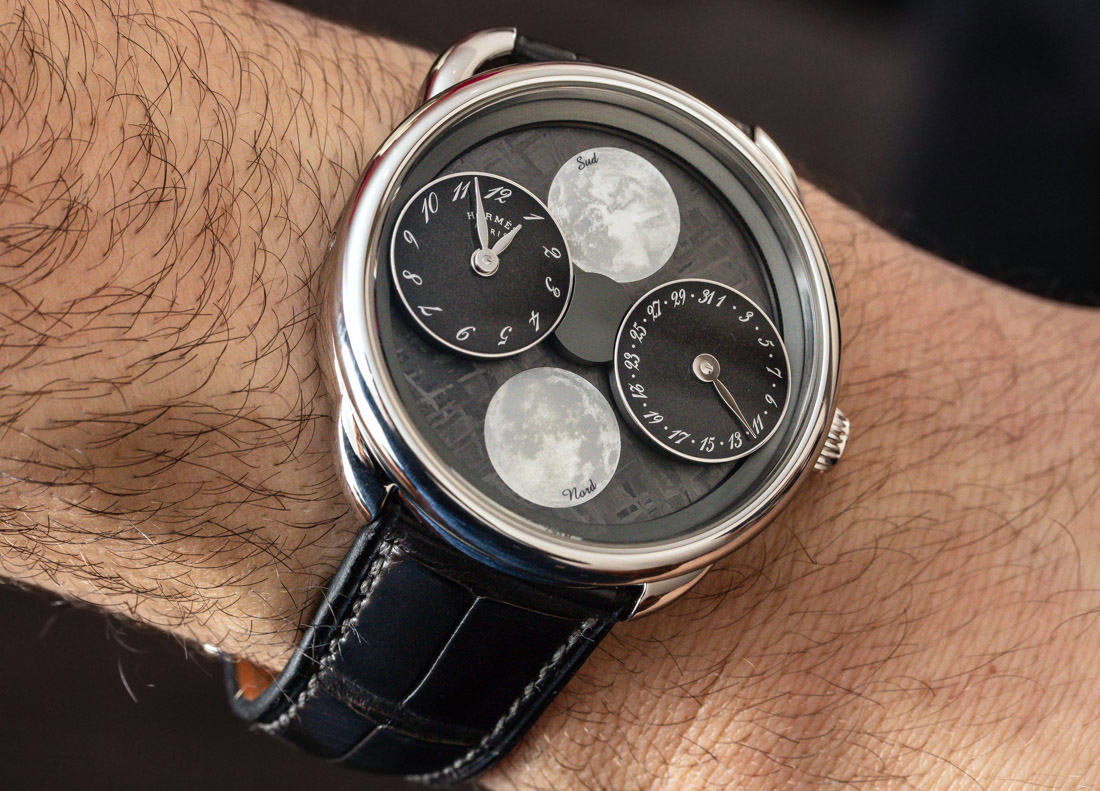 Hermès launched the asymmetrical Arceau back in 1978, when Jean-Louis Dumas succeeded his father as head of the family-owned firm, immediately creating the new subsidiary of La Montre Hermès, in Biel, Switzerland. The goal with the original, quartz-powered, competitively priced Arceau was to create an affordable timepiece to attract a younger clientele worldwide and to gain traction in quartz-watch-crazed Japan. The strategy worked, and although between 2006 and 2012 Hermès had purchased a 25% stake in Vaucher Manufacture Fleurier, a 32% stake in case-maker Joseph Erard Holding (a long-term supplier of Hermès) and the Swiss dial-maker Natéber in its entirety (that’s a lot of money invested into watchmaking pedigree), the Arceau 78 remains a competitively priced quartz timepiece. 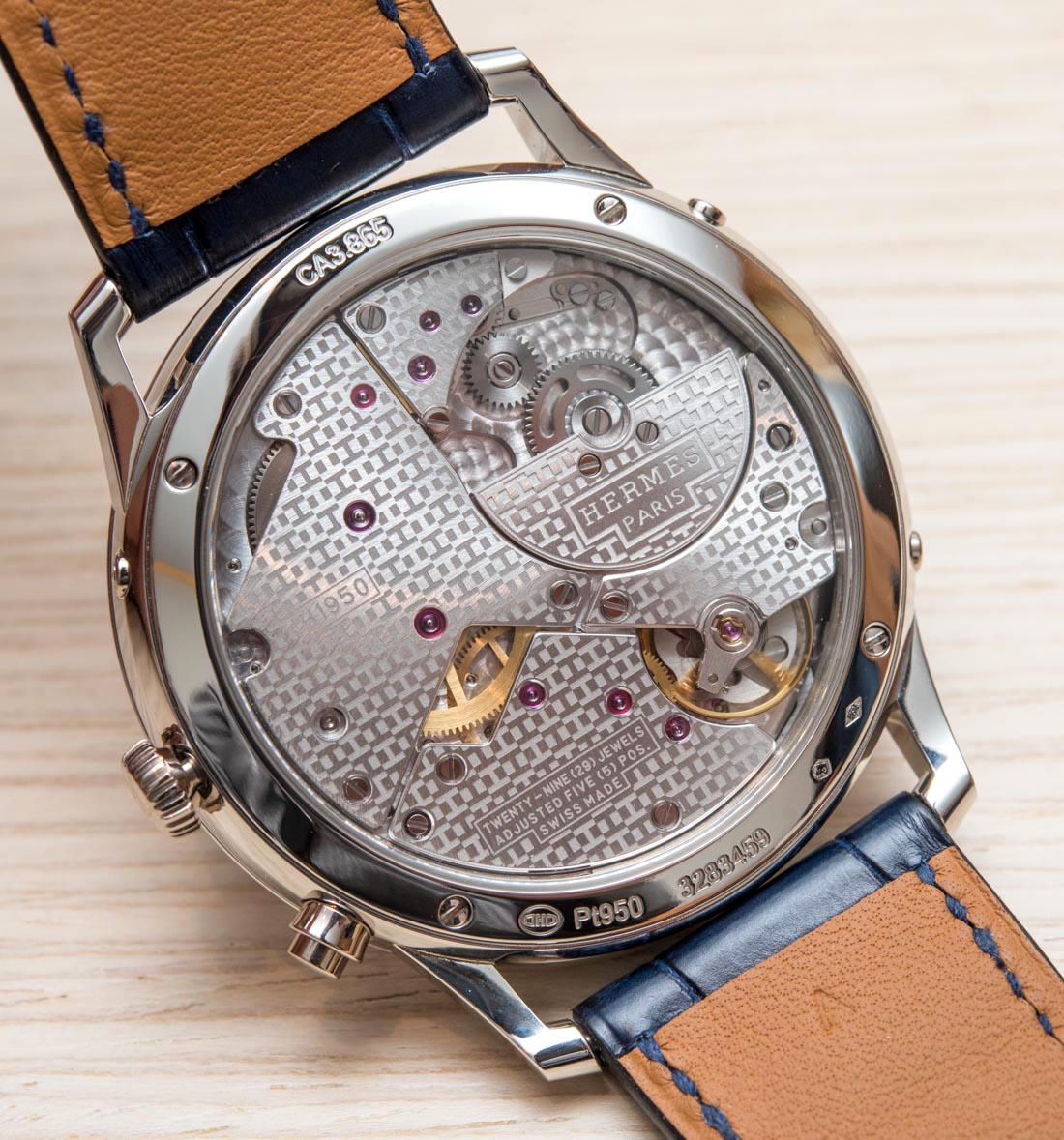 The Hermès H1950 movement by Voucher found in the Slim d’Hermès watches.

Competitively priced and quartz-powered does not equal an absence of Hermès DNA. The Arceau has, for over 40 years, been part of Hermès and, indeed, watchmaking in general: with its distinctly unbalanced, stirrup-shaped case, with long, arched lugs on top, and stubby, curved ones below, it is very much an Hermès accessory that happens to tells time. It isn’t without its horological merits, though. 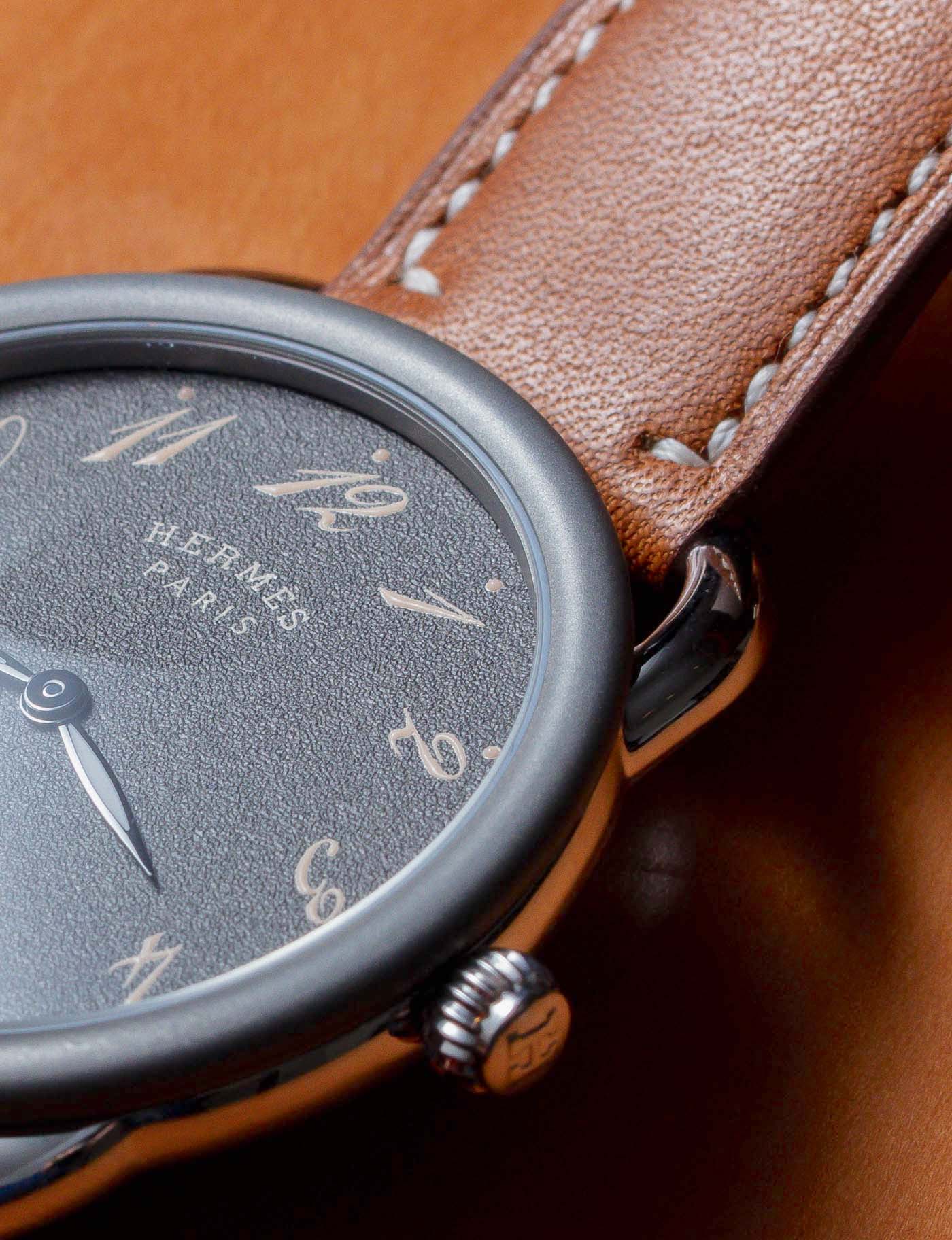 The case itself is polished stainless steel, while the perfectly round and curved bezel is in micro-blasted titanium. The difference in color, texture, and proportions between the flashy steel and the rugged titanium indicates Hermès is willing to go the extra mile — the absolute majority of fashion companies would have (and indeed they do) clad their watches in all-polished steel, hoping that the brand name and some minor design tweaks will carry the watch. I applaud Hermès for having access to its own case manufacturer and utilizing this access to create something that is, in its shape and combination of materials, unique.

Hermès calls this 40mm-wide Arceau 78 a “very large model” — which reminds me a lot of Cartier’s inconsistent classifications for its watch sizes. Established fashion brands struggle with consistency when it comes to sizing their shirts and jeans — so how about not messing up watch sizing as well? What I do appreciate is how, on the official product page, Hermès bluntly notes the following: wrist circumference: 6.3″ – 7.3.” Not even Rolex or Omega does that.

What we are missing, though, is a note on case thickness, which is a pity, as that figure would certainly be something to be proud of. Still, our quickly snapped hands-on images from SIHH help indicate how impressively thin the Hermès Arceau 78 is — yet again highlighting the fact that quartz-equipped, two-hand watches truly need not be thick at all. The domed, AR-coated sapphire crystal is a very nice touch, as it curves upwards and away from its titanium frame. Very nicely done, and so is the finishing on the rather complex lugs and case profiles. 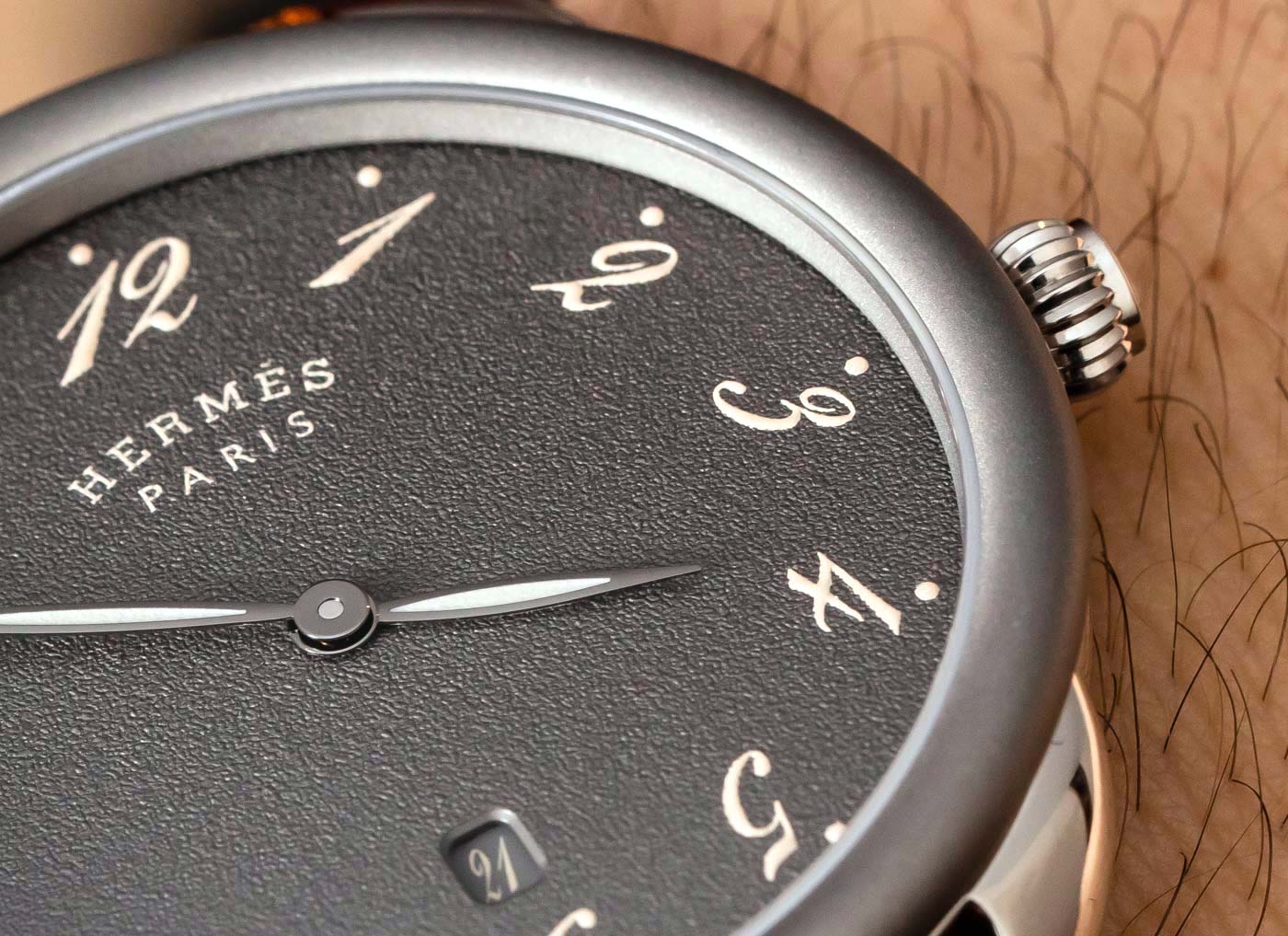 Oftentimes, it really is the little things that help highlight whether a component is Swiss-made or not:

The notches on the crown, the depth of the polish, and the complexity of the shapes of the case, or the refinement of the date window cut-out, these all indicate that, for $3,350, Hermès has put together one of the most competitively priced, genuinely Swiss-made watches on the market.

I have seen worse hands and cases and a whole lot worse crowns on much more expensive watches from much more renowned “manufactures,” which is quite ironic — in line with what the Swiss watch industry has been, lately. As more big names, rumor has it, are moving a lot of their manufacturing “overseas” when it comes to the cases, bracelets, and dials for their cheaper watches, here we have a “fashion brand,” Hermès, showing that high quality, Swiss-made components can, indeed, be used throughout a watch for around three grand. 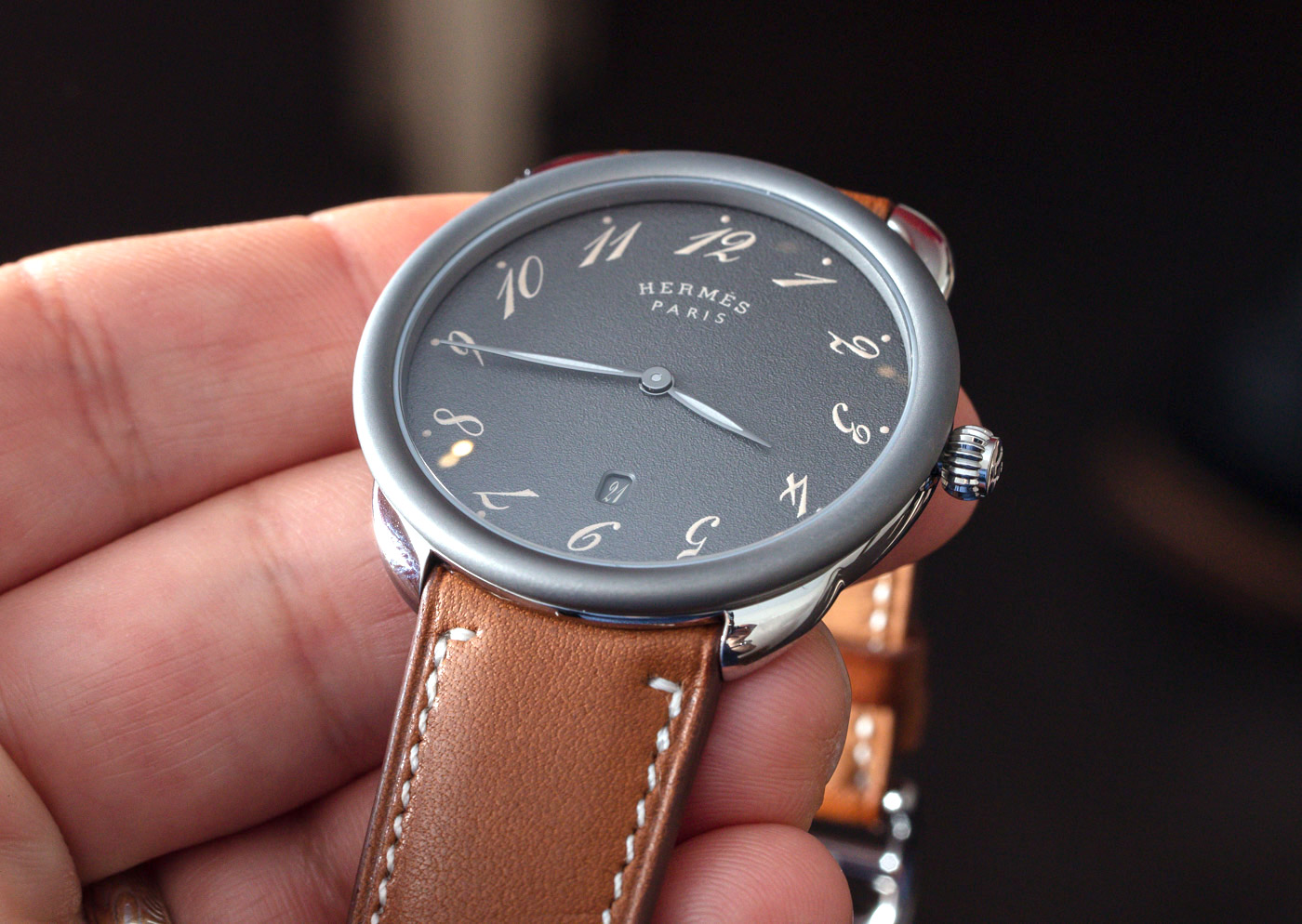 No caseback shots this time, as the SIHH piece we looked at had some additional markings that covered the view — but expect to see an embossed, solid caseback covering up the Swiss-made quartz movement. The grained, dark gray dial features Hermès’ traditional skewed Arabic numerals and thin, leaf-style hands with some lume thrown in there for good measure. The date window is small and difficult to read — we’ll have to trust Hermès that it knows its customers need a date window on their watches. I just wish it had its sides skewed a bit to go with the indices, or that the cutout was round — but, really, I’d rather just see it gone altogether, and while I’m at it, the Hermès Paris logo could certainly be moved a bit further down. 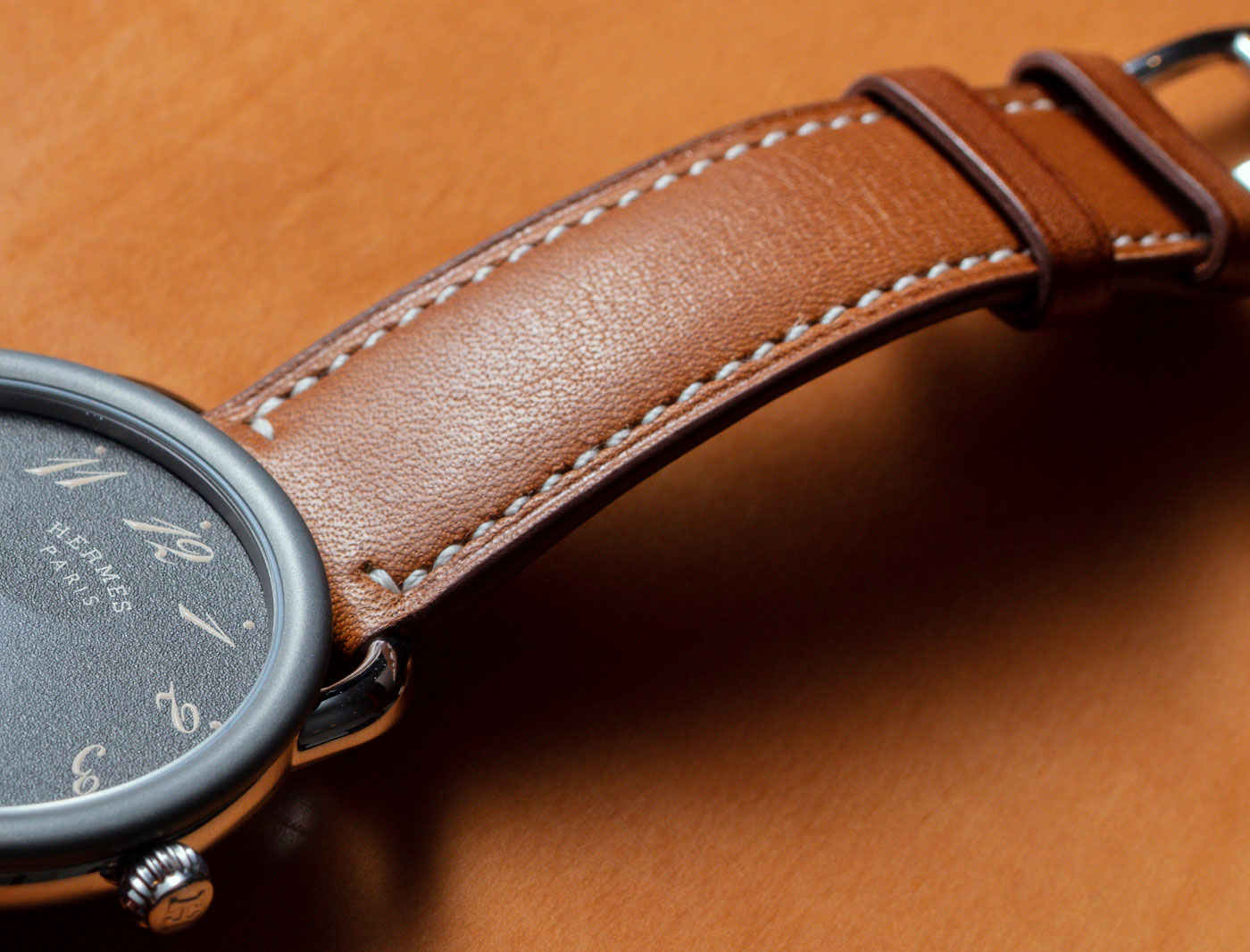 The Hermès Arceau 78 comes on a “long, single-tour strap in natural barenia calfskin” — a description a large portion of which will only make sense to avid Hermès fans. For the rest of us, it’s going to be a supple leather strap on a tang buckle. Although the quality is there, I feel the overall design of the watch head leaves lots of opportunity for the use of some rather more bonkers straps to be used — other strap choices would only enliven this piece, and I’d recommend considering other options. 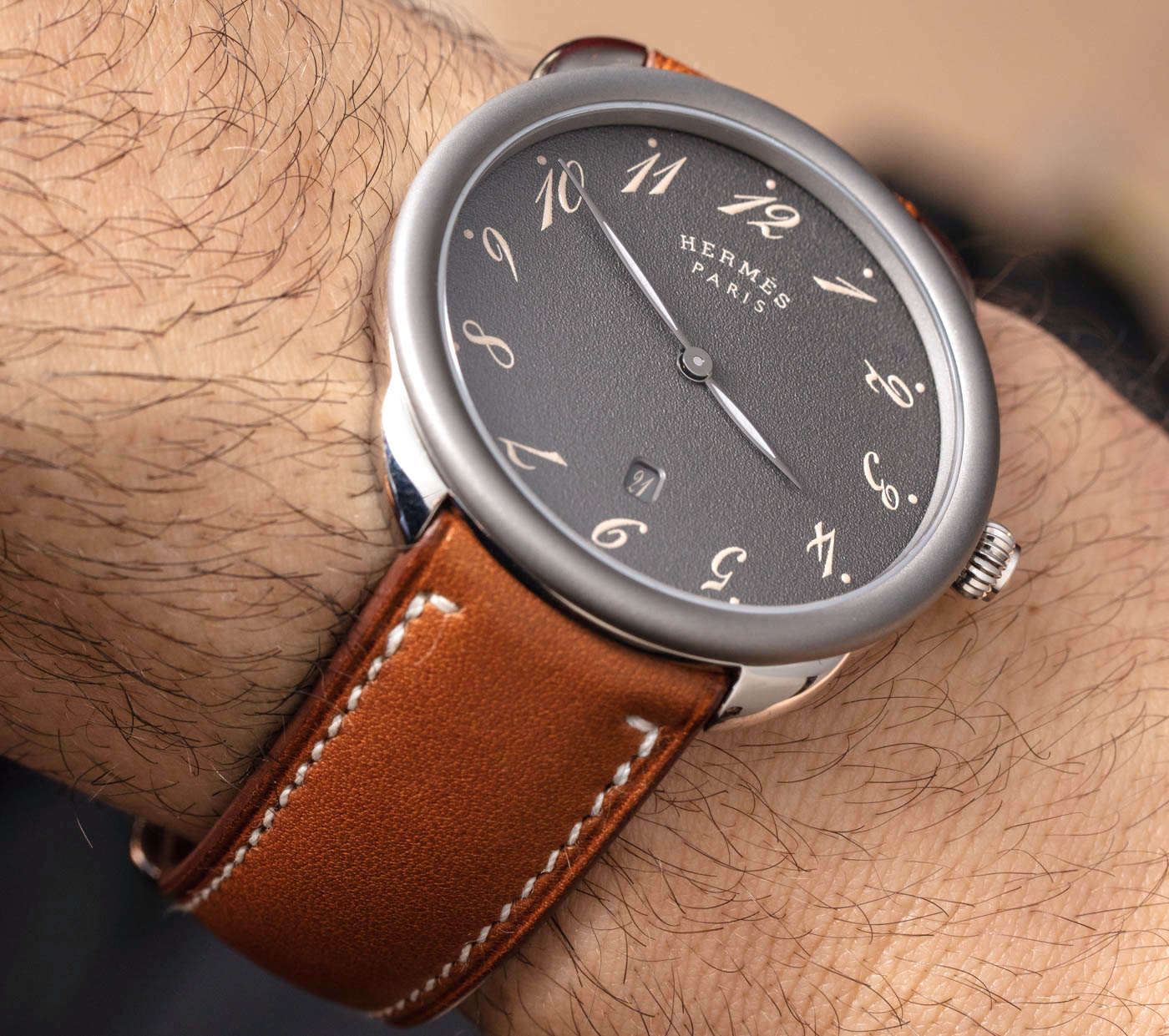 If the absence of a mechanical movement is the dealbreaker for some, worry not, as Hermès has its own proprietary calibers it assembles from parts it obtains from Vaucher (and probably its two sister companies, the much lesser-known, but equally important, specialized watch movement component maker Atokalpa and Elwin).

The thinness of the case, the quality of the execution, the likeable and unique design, and the creative combination of aesthetics and materials render the Hermès Arceau 78, priced at $3,350, a very competitive product. You can find more Hermès watches on the official website.