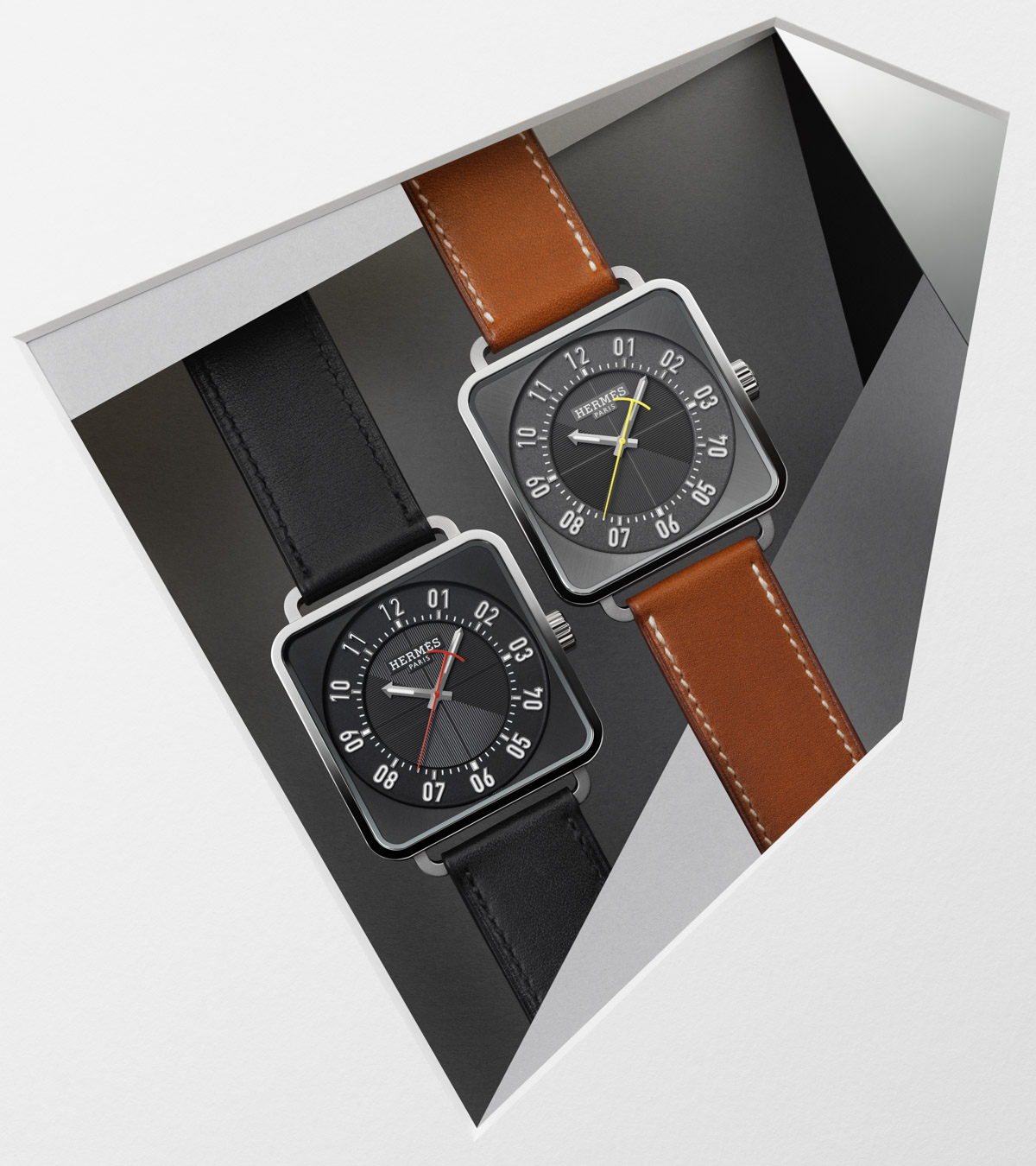 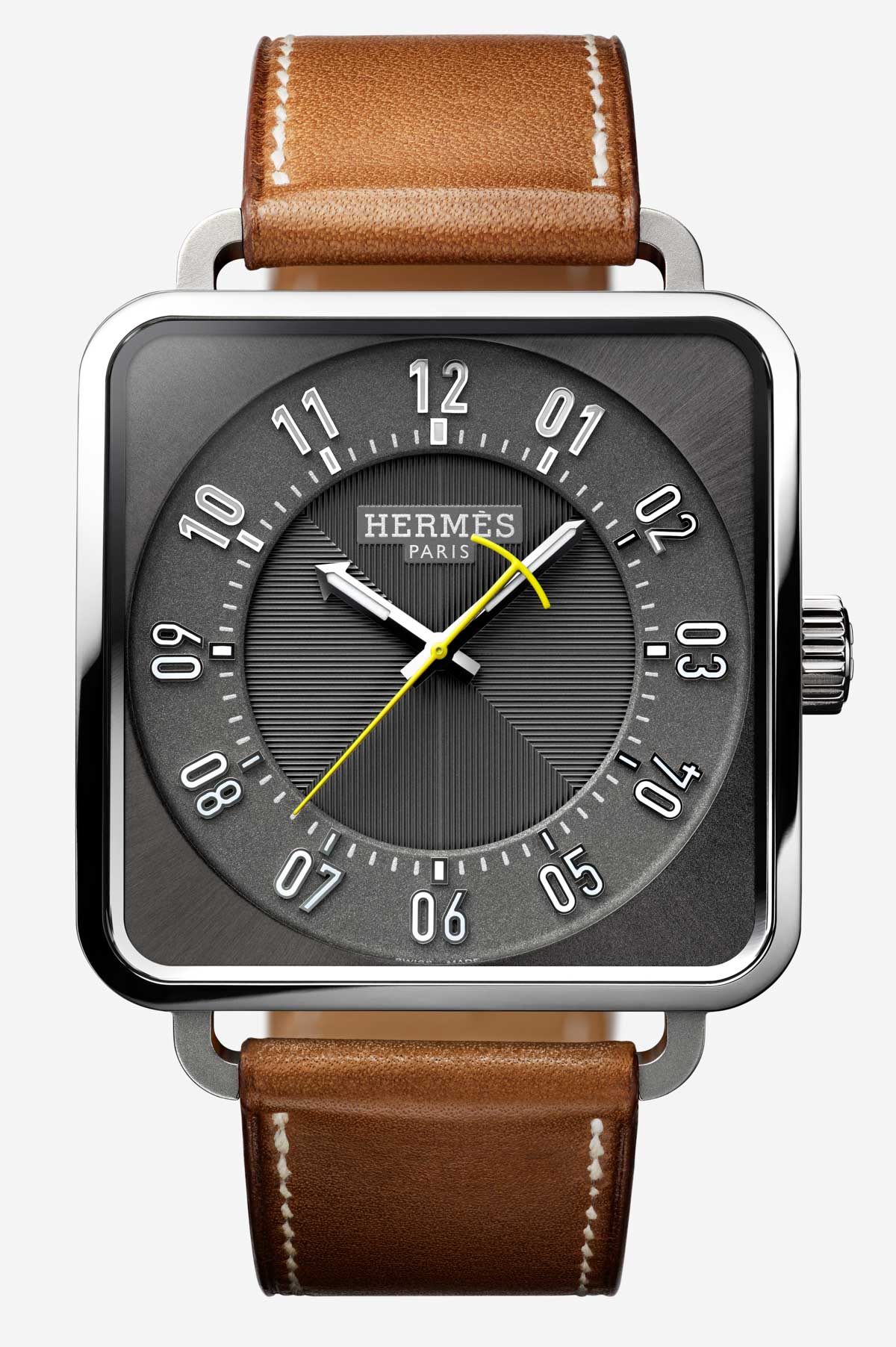 Back in 2010 Hermès released a now very rare limited edition of 173 pieces designed by Marc Berthier known as the Hermès Carré H. I never actually got around to writing about this watch on aBlogtoWatch, but I always admired it. When brands like Hermès entrust talented designers to produce contemporary watch designs and more or less actually build the vision of the design, the result is usually lovely (and very expensive). For 2018 Hermes returns to this design with an updated set of models, but the exact same watch name. Let’s take a look at the Hermès Carré H for 2018.

The original Carré H was produced in titanium in a 36.5mm x 36.5mm square case. It also cost $15,000 and was truly for those customers who were both big design and Hermès fans. I really liked the original March Berthier model, but did feel that it was on the smaller side as a men’s watch. The dial was great, but did look a lot like some of Rudy Kulling’s work at Xemex – namely for some the also square Xemex Avenue models. For 2018 Hermès updates the Carré H with a new case size as well as a new dial. 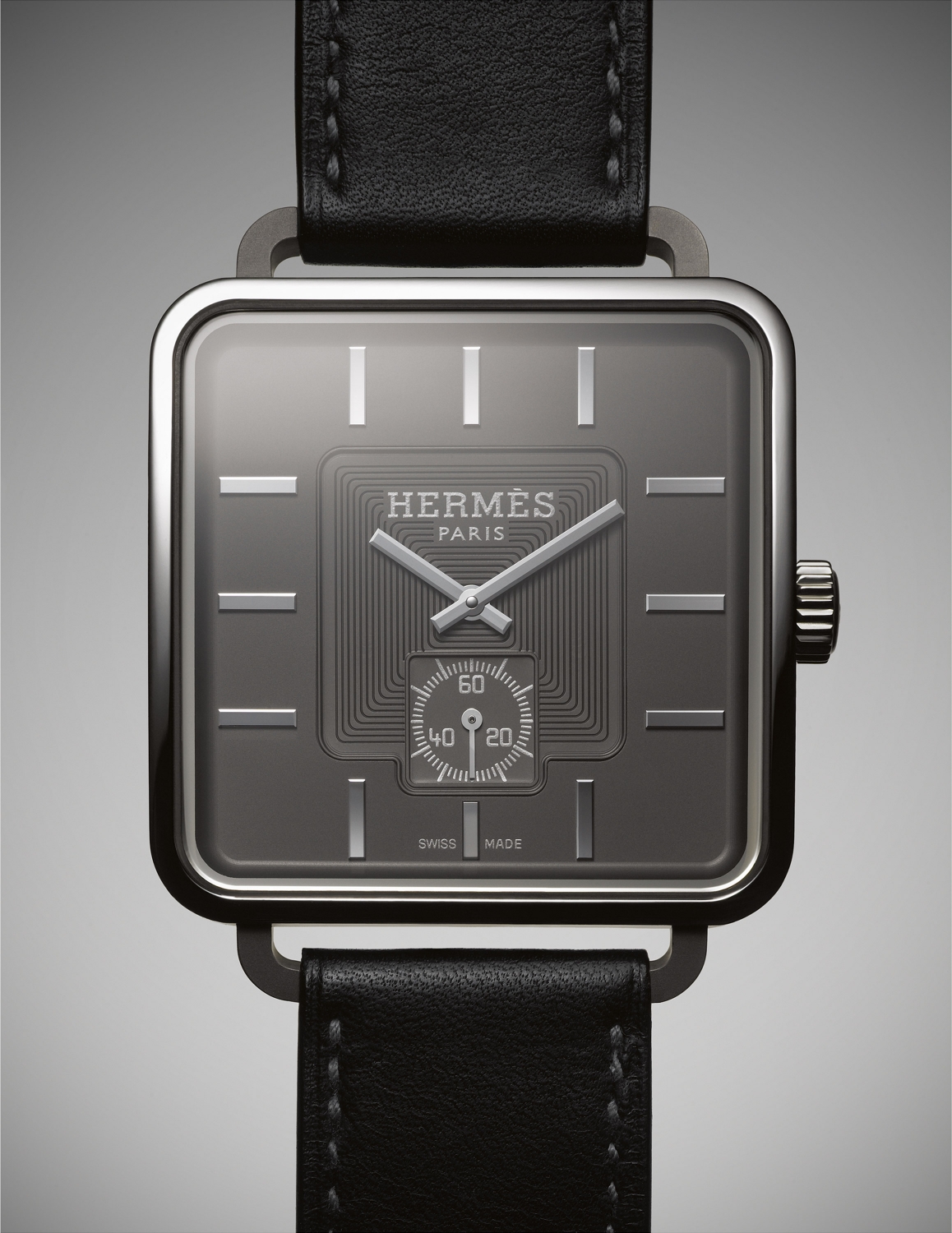 No longer in titanium, but rather in steel, the new Carré H watch case is a 38mm wide square (water-resistant to 30m), with 21mm wide straps. Hermès calls this size “medium,” and I think that is correct. I wouldn’t call it large, but it certainly will feel a lot more masculine as compared to a 36.5mm square case on the wrist. Hermès maintained the slick looking “towel rack” style lug bar, as well as the elegant curvature of the case designed to make it feel more comfortable while being worn.

Also new is the movement. Inside the watch is the Hermès caliber H1912 automatic movement – produced for the brand by Vaucher, which Hermès also owns. The movement can be viewed through a sapphire crystal caseback window, and operates at 4Hz with 50 hours of power reserve. For this watch it offers just the time with hours, minutes, and central seconds. 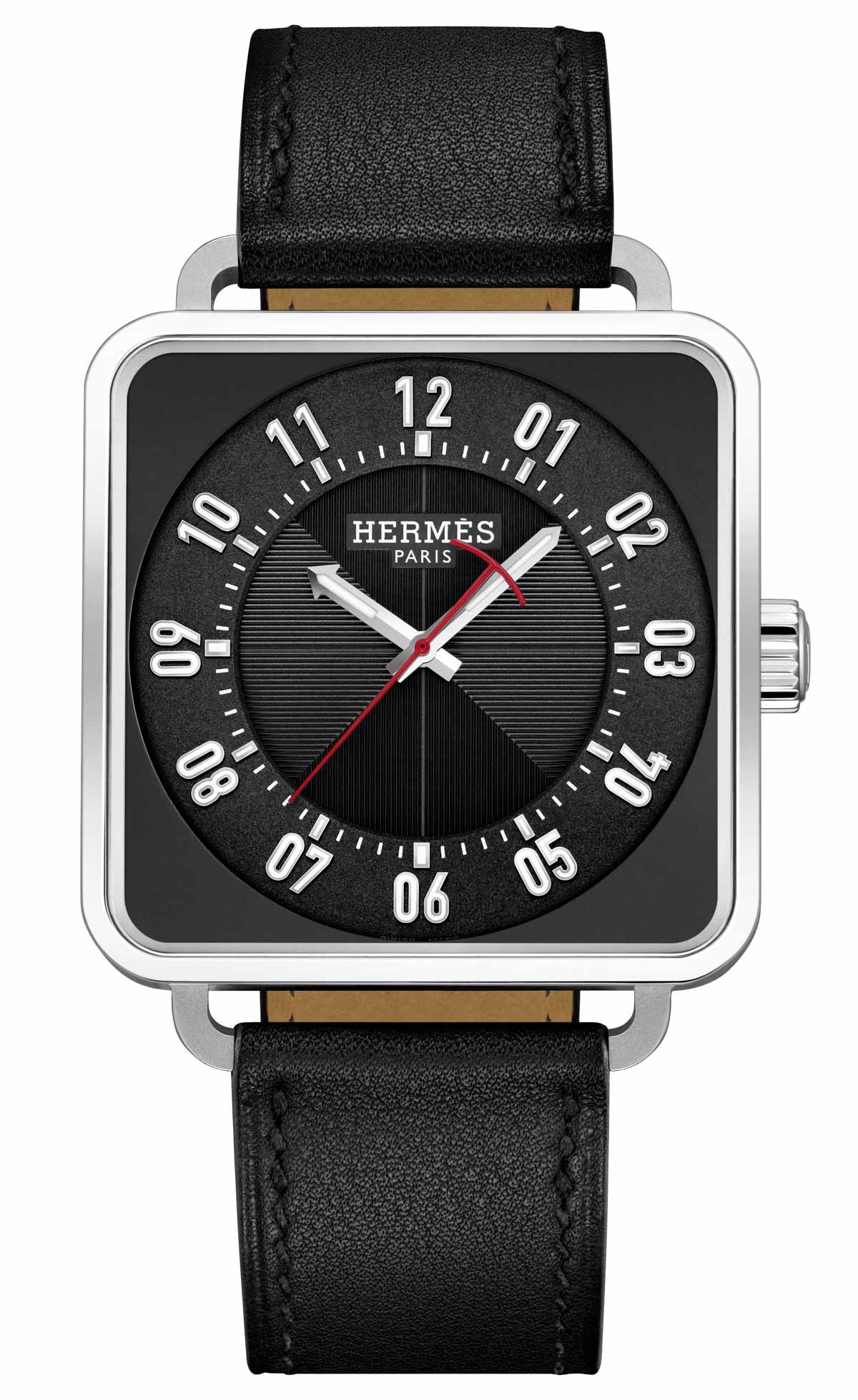 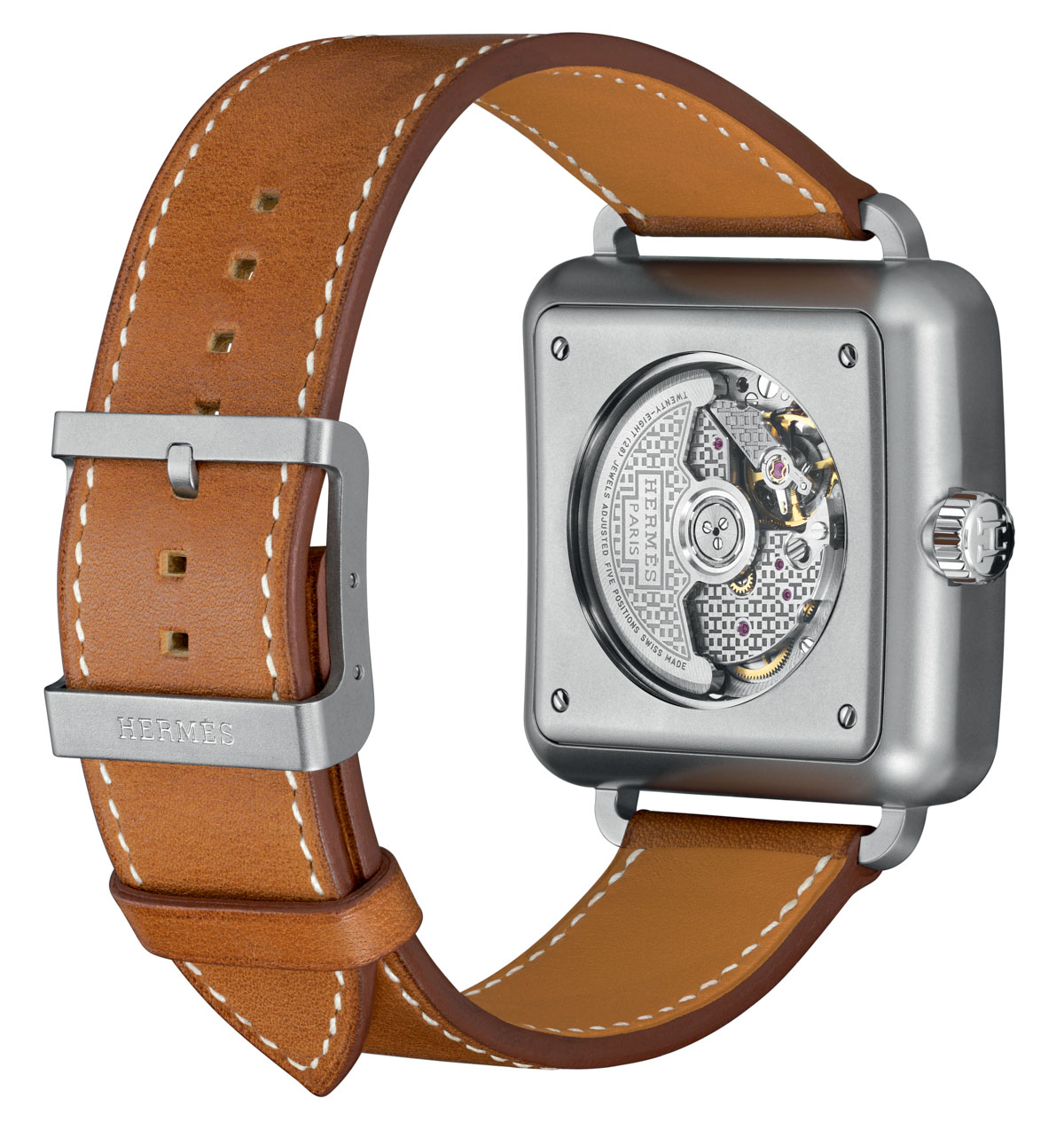 Hermès seemingly wants the Carré H to be a bit more of a mainstream model – and why not? I mean the Carré H case design is beautiful, and none of the other more square or rectangle watches from Hermès are too appealing to men. The Carré H is masculine but also a shape that many brands would love to say they have a winning watch in. Only a few brands can claim this, and Hermès clearly wants their own popular non-round men’s watch too.

The Carré H for 2018 dial design is spirited, and comes in both black or gray with either a red or yellow-colored seconds hand. Hermès was clearly trying to be a bit different here and succeeded in making a dial that looks both modern and distinctive. However, they didn’t seem to manage to design a square dial for a square case. I wouldn’t call the 2018 Carré H dial an instant classic, but it is satisfying and attractive. 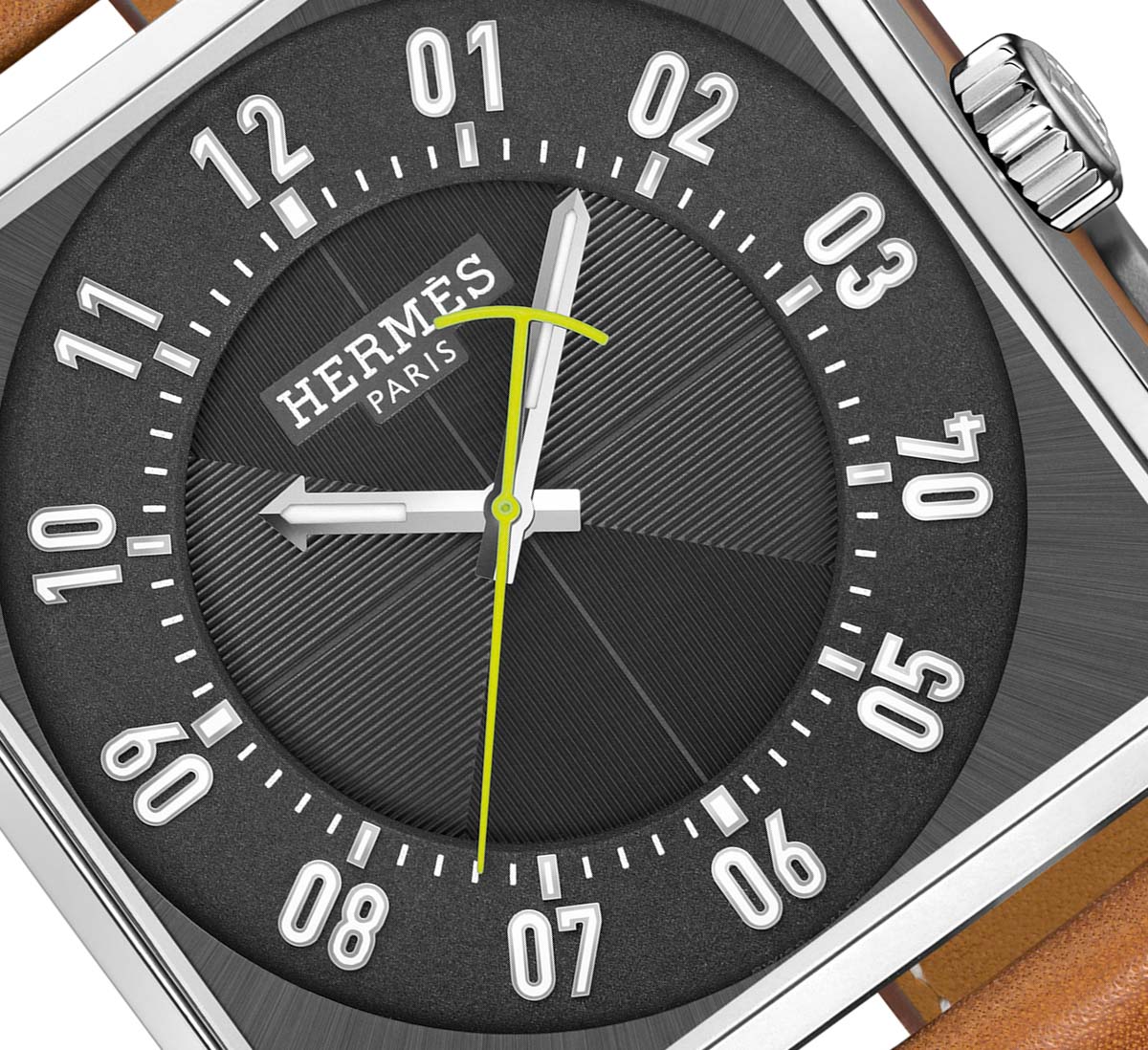 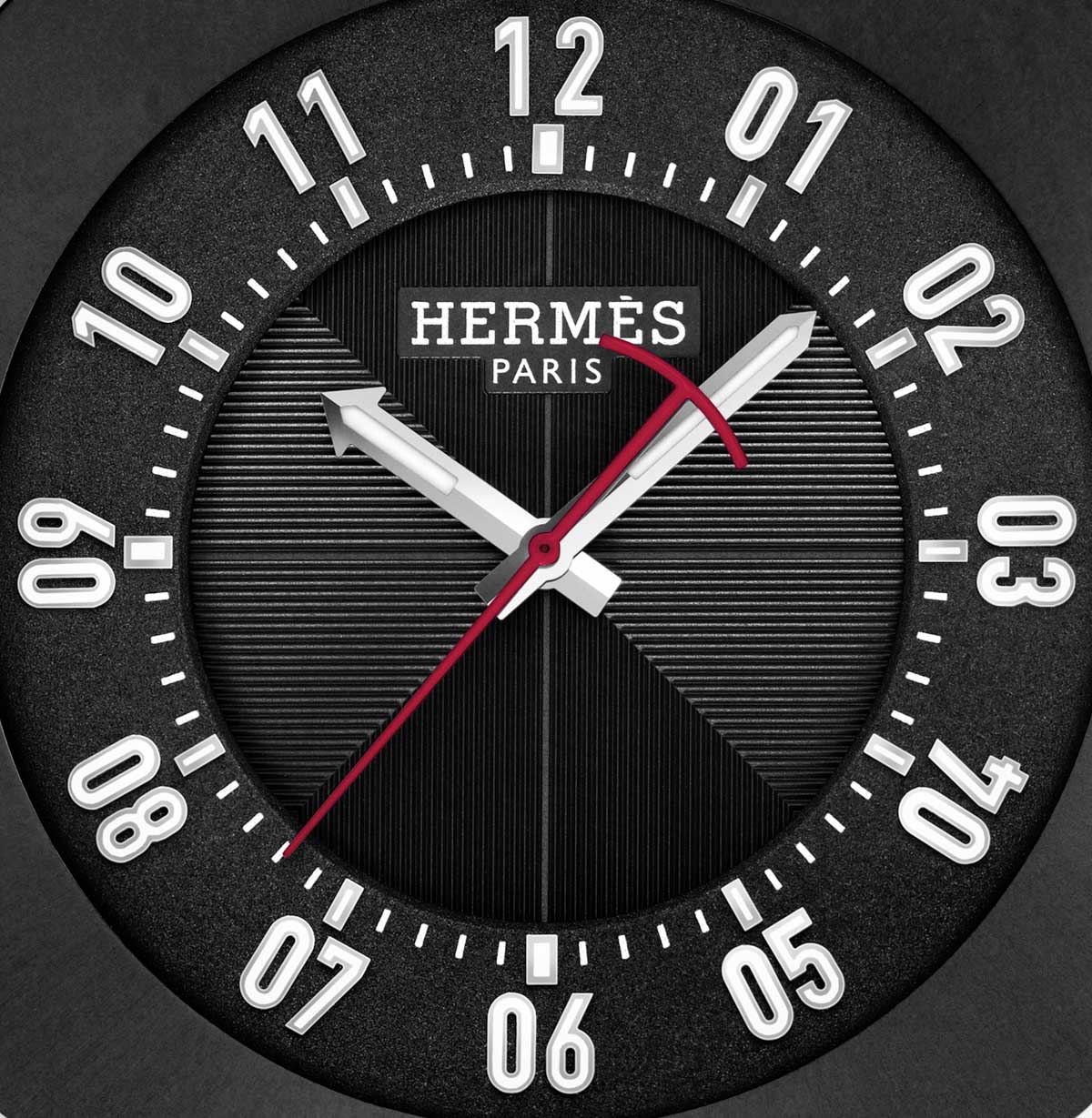 The hands are nice looking and the various dial patterns and levels are eye-pleasing. I would have liked the design to include longer hands, and on that note I feel that the hour and minute hands are too similar in size so as to be visually distinguished from one another with immediate ease. Price for the 2018 Carré H watch is more reasonable than the 2010 limited edition, but it would have been nice to see the titanium case return. Attached to the straps are (of course) beautiful quality Hermès Barenia leather straps in either brown or black to match the dial tone.

If Hermès is going after a more youthful audience with the 2018 Carré H, then I think they will succeed in hitting the mark with a fashion-loving audience seeking an appealing, less than usual design. Purist watch lovers might not have too much to comment on, but they should be giving lots of kudos to Hermès for focusing on watches just like this. Price for the Hermès Carré H for 2018 is $7,725 USD. hermes.com