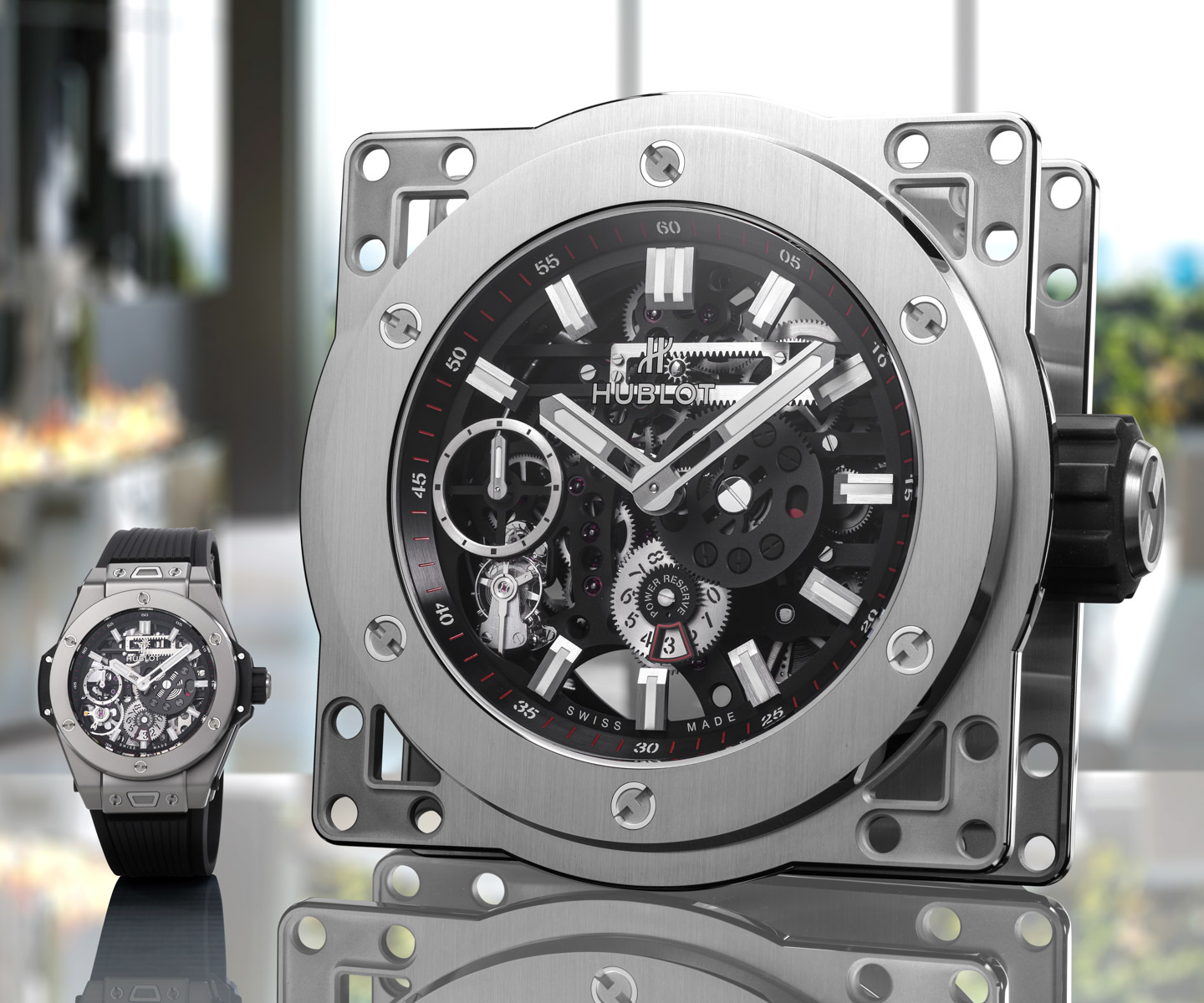 Hublot MECA-10 Clock Is A Maxiature Of Wristwatch 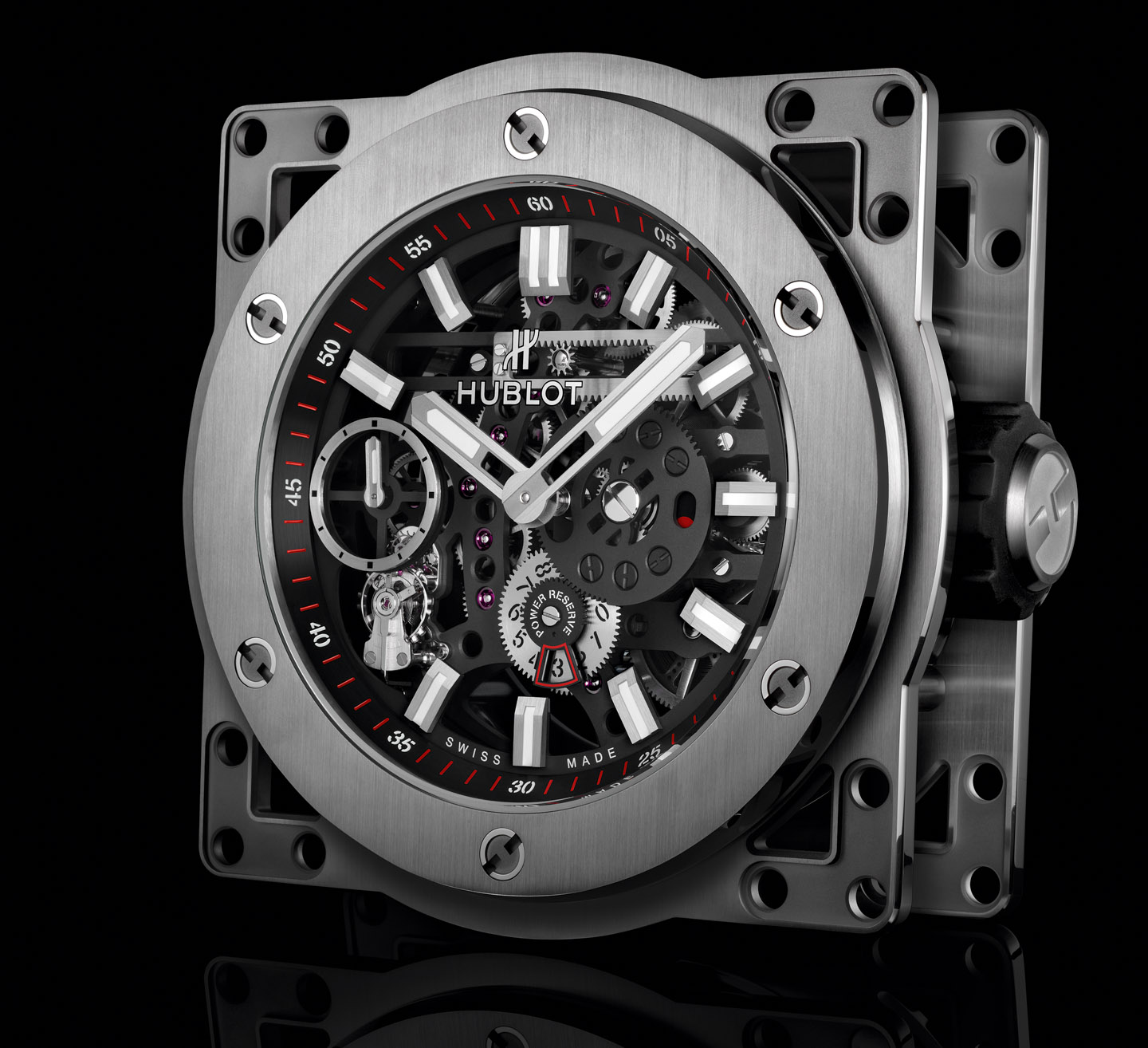 Most of the time in the watch industry, big (no pun intended), news takes the form of something previously large being engineered to be smaller. Nearly every piece of watchmaking technology in a wristwatch began life in larger form— sometimes from an entirely different industry. Rarely is there a press release in which the announcement is, “We made something bigger!” With 2020 nearly under our belts, I don’t think we should any longer expect history to dictate our future. Swiss Hublot delights the imagination with a clock version of its Meca-10 wristwatch. The company contracted with also Switzerland-based L’Epee (the company that makes all those neat MB&F clocks) to recreate the MECA-10 movement in a larger form. The result is the Hublot MECA-10 Clock for this exercise in high-end maxiature.

The core concept of the Big Bang MECA-10 is an entirely original, in-house designed and produced movement that was created to be an impressive performer, as well as art to the eyes. Hublot already has a stable of very long power reserve watches, but the MECA-10 was supposed to be something that had a long power reserve but could also be something that “wore traditionally.” For more context on that statement, just look up a Hublot La Ferrari, for instance. The Big Bang MECA-1o is practically conservative by comparison. 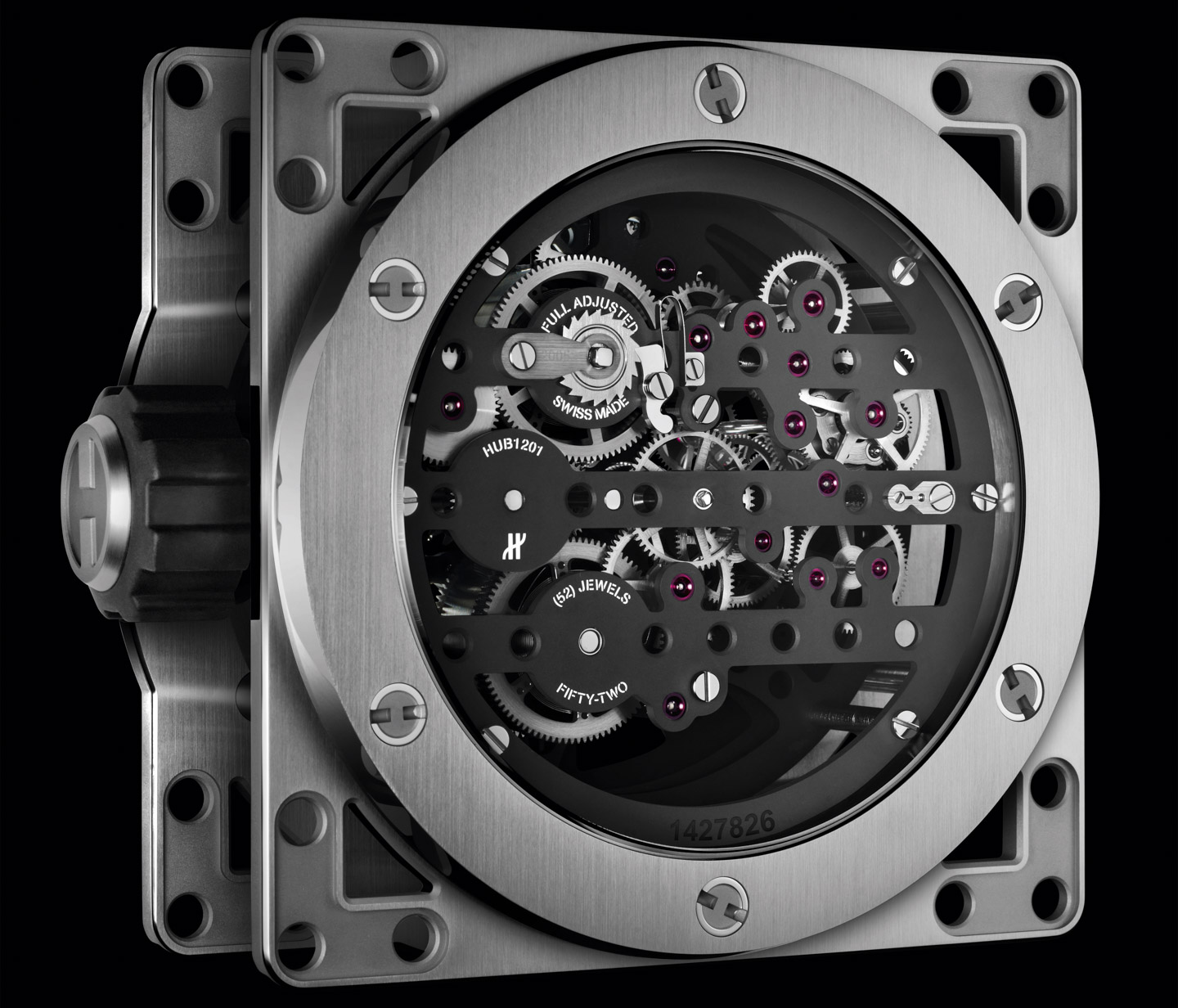 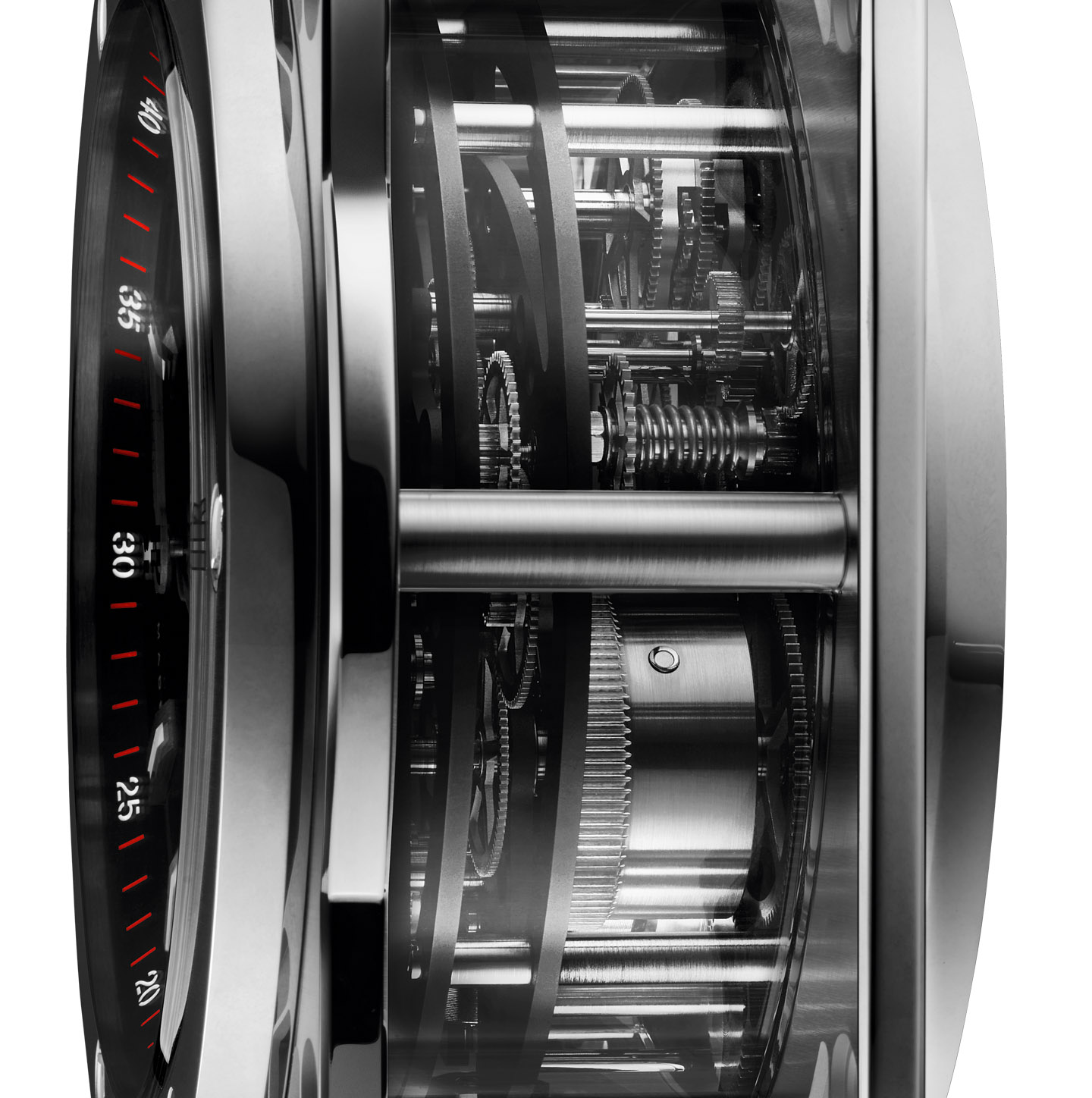 The MECA-10 Clock is basically a desk-clock version of the wristwatch, albeit in a different case. I actually think it would have been even more charming if the clock case looked more like the watch case. That way we could muse about what type of giant might want to put a strap on it and wear it as a wristwatch. Instead, the Hublot MECA-10 Clock case is more inspired by marine or cockpit instruments and looks like it is meant to be bolted into a panel. 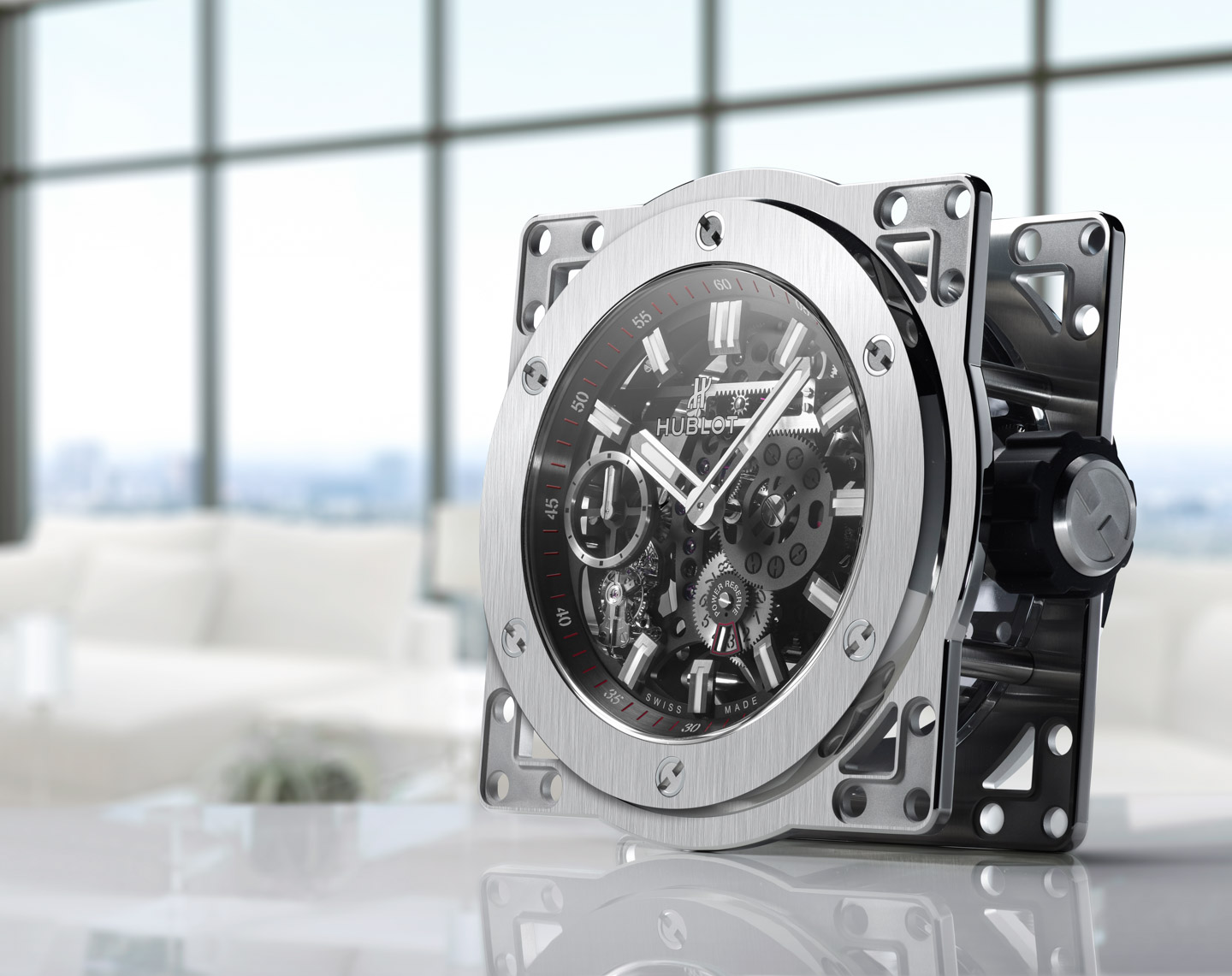 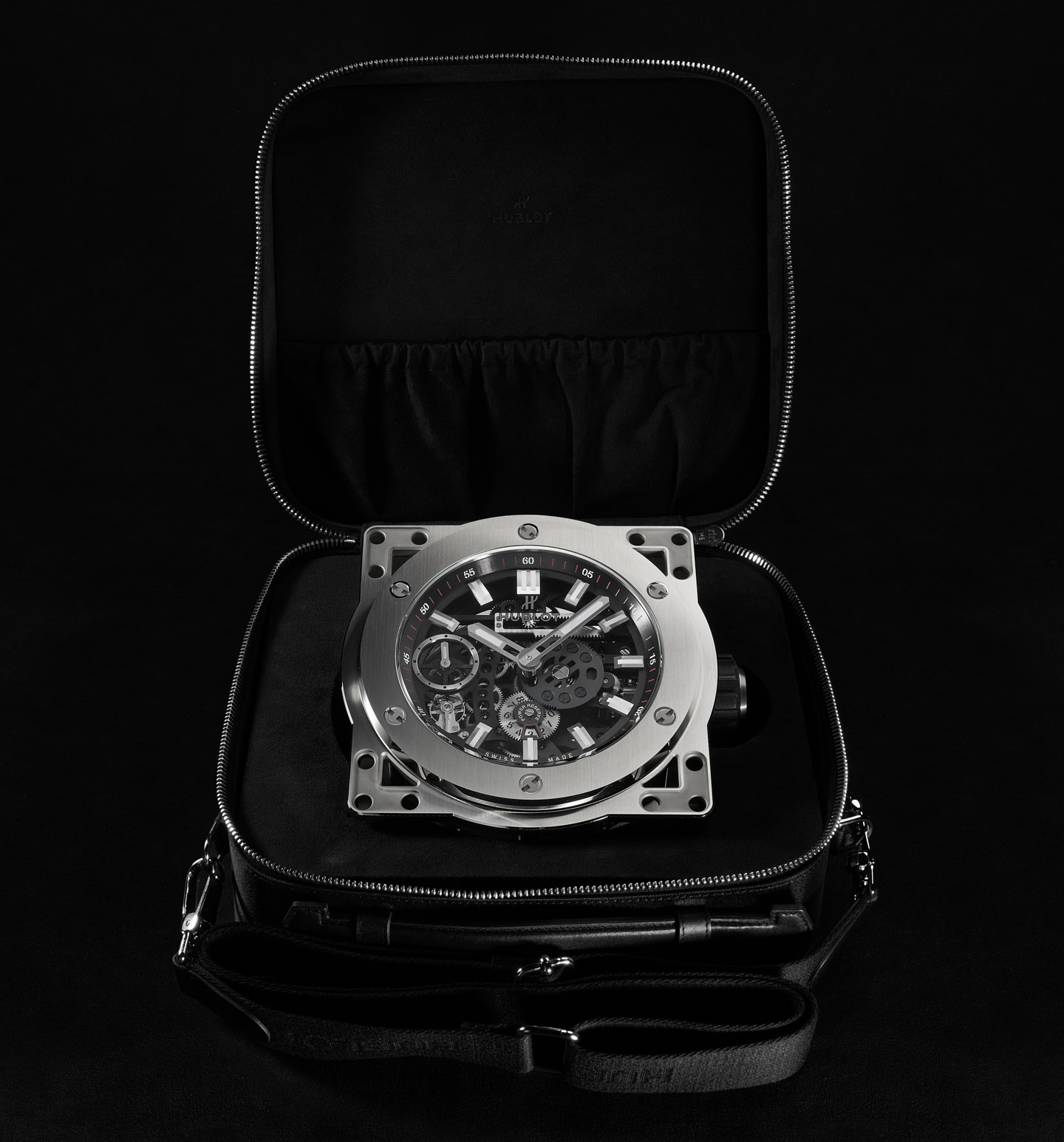 The clock parts themselves are coated brass and the MECA-10 Clock body is produced from steel. Hublot offers two versions of the MECA-10 Clock, in either natural steel (reference DC.MECA.10.SD.SP.1123) and also in the slightly more expensive black PVD-coated steel reference DC.MECA.10.SX.SP.1123 version. Price is $47,400 USD and $50,500 USD respectively. Learn more at the Hublot website here.