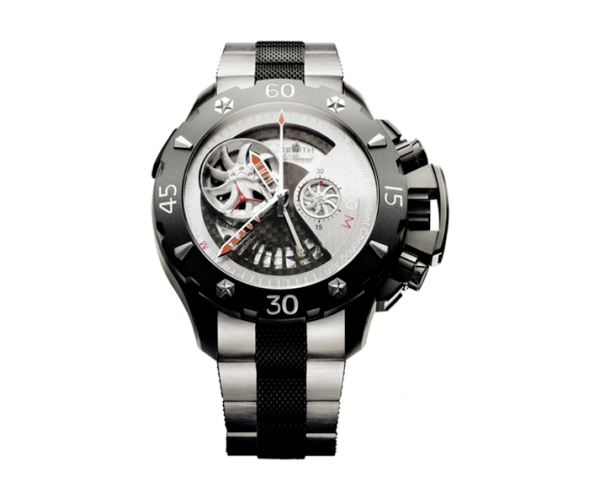 I Am Not Cool Enough For This Watch, But I Want to Be: Zenith Defy Extreme

Zenith has come a long way from being a maker of fine movements to fine looking watches. Having died for a while some years ago, the brand returned vigilant in its desire to make bold looking watches without counterpart. The Zenith Defy Extreme line is the epitome of that pursuit. Nothing looks quite like it, and at the same time, it does not require any particular explanation to justify itself. It seems to be the logical extension of the brute looks, Hollywood military design, and exotic materials that make up the models.

Just look at the propellers that make up the sub dials and you will know what this watch professes to move forward with a high velocity. Then you will notice the stars that make up some of the numeral indicators and think you are a general wearing their watch to battle. No other timepiece I know says luxury with military hints in quite the same way.

I have a fondness for watches like this because they embody pure utilitarian fantasy. There is probably no person in the world that needs this watch, but it delivers in every way. It is light, functional, resistant, and durable. Yet it does nothing other watches cannot do which are a fraction of the price. There is no watch in the Defy Extreme line which is under about $5000. Regardless, there is a whimsical element in wearing the watch that says something about what the wearers wants to be doing, rather than does do. This is the most over-the-top tool that exists in the watch world that I know of right now. The fantasy lies in that, and the excess. Like a futuristic weapon or vehicle out of a movie, this showy piece of wrist furniture works in the real world, but does not yet fit in the real world. If you see someone brandishing this, question their grasp of reality. With that clear, I want one badly.