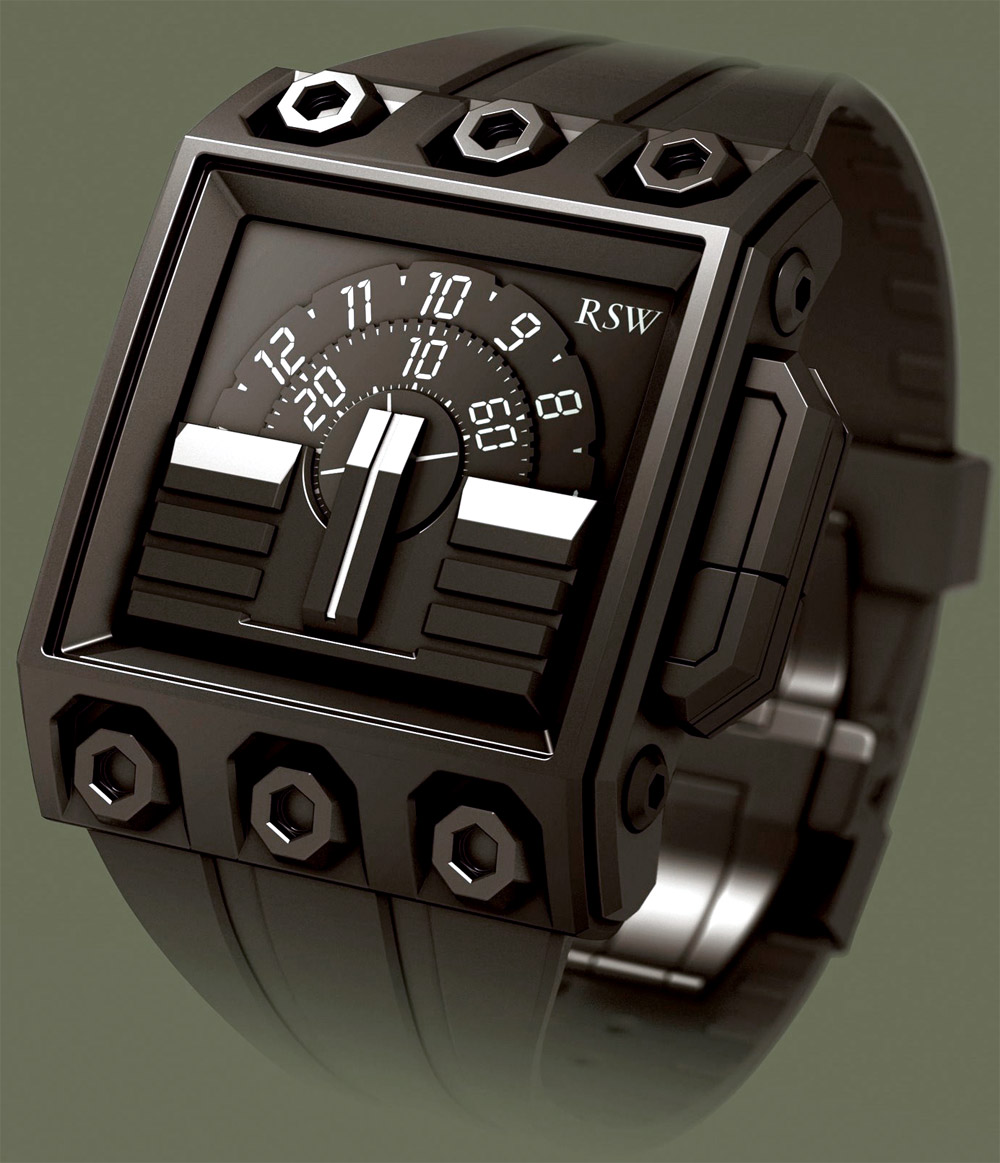 Near the time of its release, I talked about RSW Outland Watch, and mentioned how much I liked the use of disc displays rather than hands. It is a refreshing change, and functions in what I termed a “digilog” manner because it was part digital, part analog. The outer disc displays the hour, and moving inward you get the minute, and then seconds. Since then, I have had the opportunity to learn more details about the interesting RSW Outland, which deserves additional attention given to the watch.

For one thing, the Outland will be available in more colors and materials than just the PVD black on black strap. In fact, there is a pink gold version available, and a matte steel version, along with various dial colors (black, gray, and gold). Further, the Outland can be fitted with inset diamonds. To be honest, I am not sure why a watch like this needs diamonds, but it seems to be on the haute list of things to do right now. So RSW probably feels inclined to do as such. It is not a problem, because the masculine versions of the watch look great. The inspiration for the design is 1970s post modernism, but with a 21st century touch. In fact, the main idea behind the watch was to imbue a watch with the look of a compass. Personally, I don’t see a compass, I see something more akin to a modern V6 engine. The large hex screws look like piston shafts, and the whole watch has a very machine-like quality to it. Nevertheless, RSW had it’s heart in the Outland while designing it.

I’d love to get my hands on one of these to see it in action. I imagine the rotating discs, especially the seconds disc is addictive to watch, and once you get used to the layout, telling the time could very well be easier than on a traditional analog watch. Going with a well-done artistic industrial feel, the tone of the watch seems to be less amateur than many of the industrial themed watches out there. But then again, you are going paying for Swiss quality with the RSW. The Outland is a broad watch at 52mm long and 44mm wide. However, it is thin for the size at only 12mm high off the wrist. One aspect of the watch I am eager to experience is their unique crank-crown system that each RSW watch has. Apparently the crown pulls out or folds out and cranks around an axis as opposed to mere rotation. Should be fun to operate.

Not one to be obtuse about pricing, I am glad that RSW has remained relatively sober in this area at well. Retail is about $3000 to $12,000 depending on the materials used and style. Not too bad considering the design, function, and fact that this is anything but a mainstream watch.