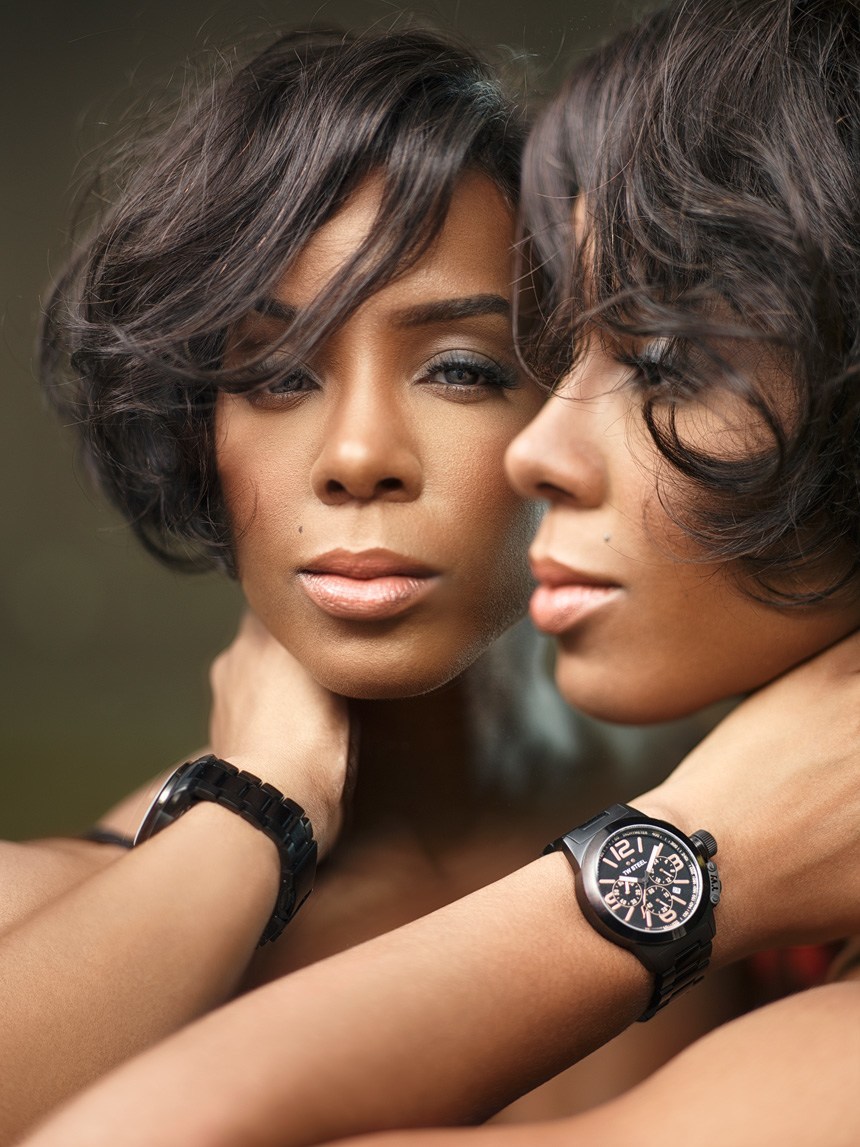 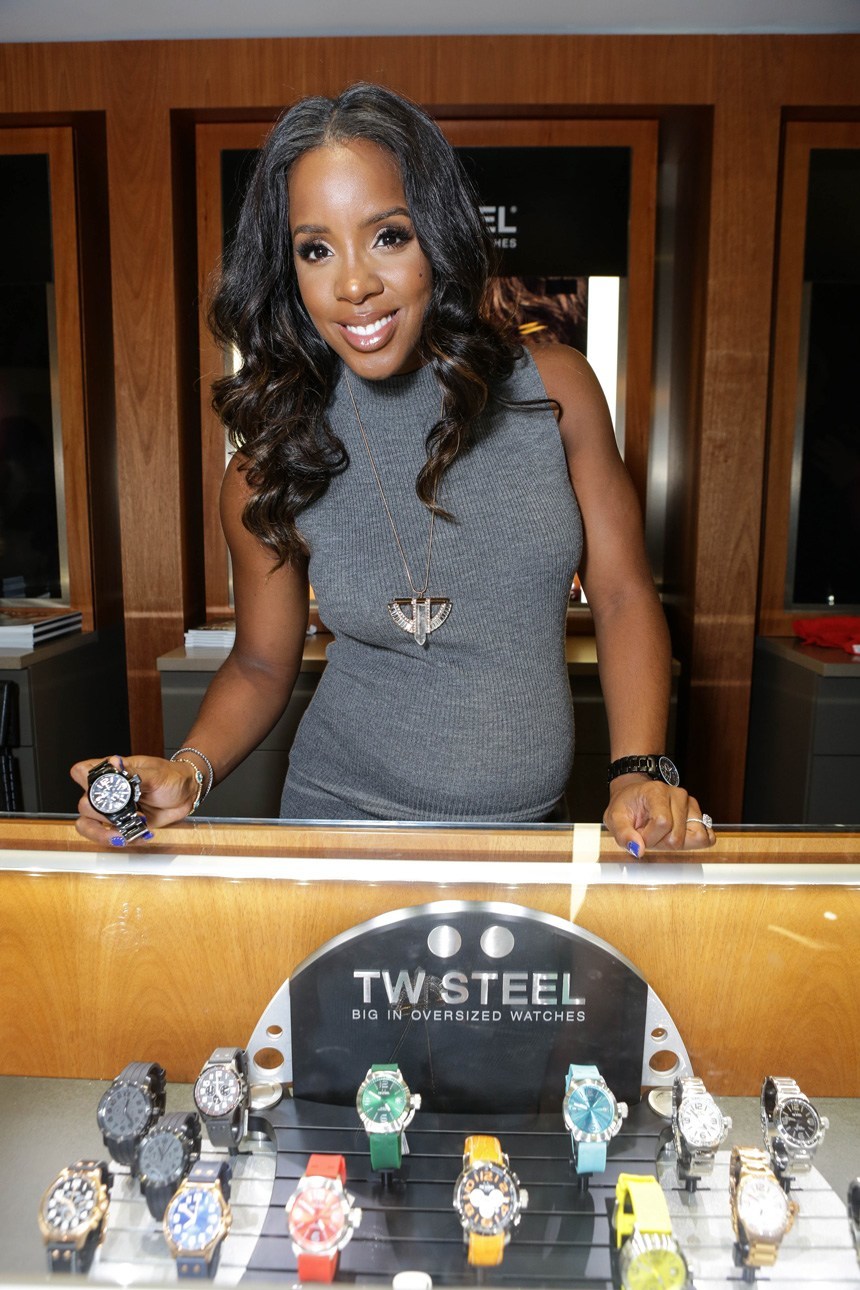 “Big in oversized watches” is the motto that defines TW Steel. Even at the earliest point of its career, the youngish Dutch brand proved a savvy early adopter of the large watch craze that ultimately transcended trends to become an enduring staple on contemporary wrists. TW Steel’s models appealed because they engaged the lifestyle fashion aspect of oversized watches with bold, exciting designs, but with respectful nods to traditional watchmaking that garnered a second look from watch aficionados. That stemmed from from TW Steel’s attention to features, fit, and finish well beyond the reasonable price points to aspirational experiments with automatic calibres that indicated an interest in elevating the marque to higher horological waters.

Hitting at the right place at the right time has given TW Steel some notable followers. Take Kelly Rowland, for example. Rowland is best known as an original member alongside Beyoncé of the superstar R&B vocal group Destiny’s Child, as well as a solo artist with numerous international #1 hits. She became a fan of TW Steel watches like many of the rest of us: as a consumer. Having acquired a TW Steel timepiece that never left her wrist led to Rowland creating an official partnership with the company as a brand ambassador. In the process, she’s exposed its watches to the highest echelons of style as only a celebrity of her stature could, as well as imbuing the proceedings with bit a pop culture excitement. 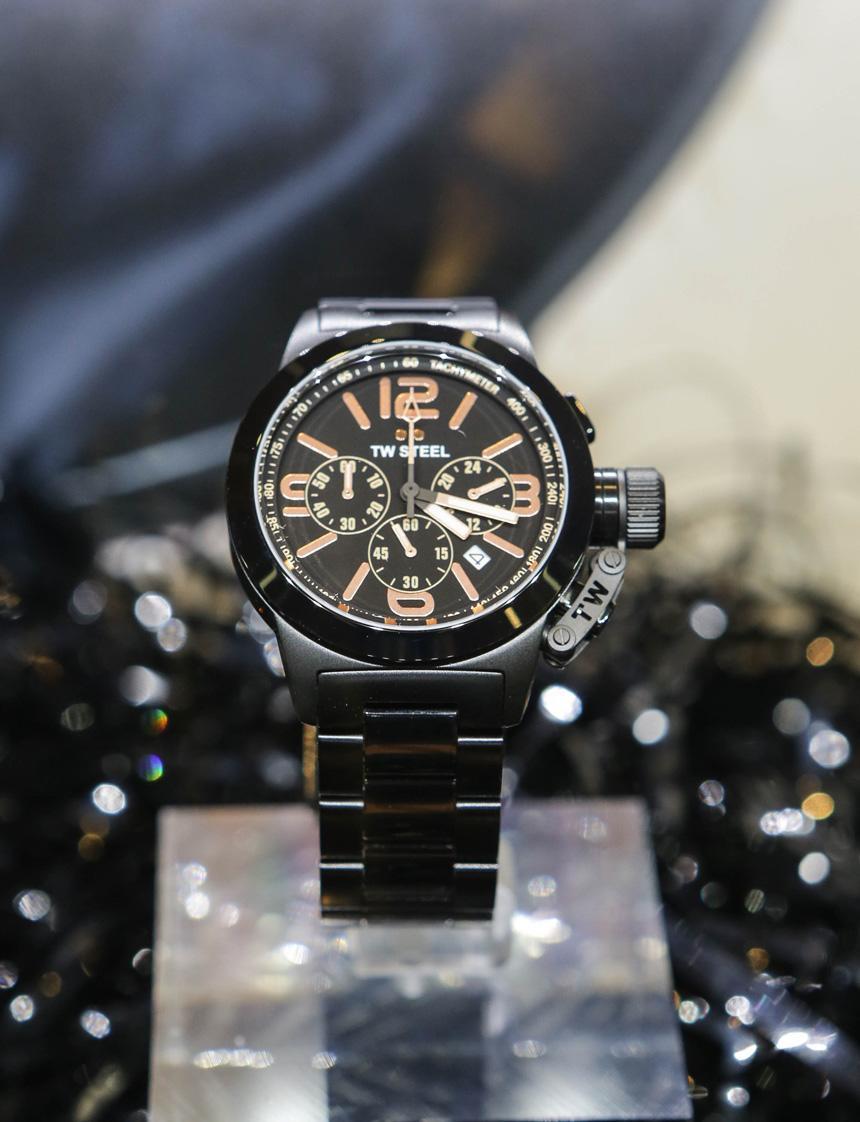 We wanted to learn more about all this, so aBlogtoWatch’s Matt Diehl met up with a very pregnant, very elegant Rowland at an exclusive Beverly Hills hotel hours before the launch of the TW Steel Kelly Rowland Canteen Bracelet Special Edition TW312 watch in a gala event at Los Angeles’ incredible watch emporium Feldmar Watch Company in early September. In this chat, Rowland spoke fluidly and decisively about how TW Steel sparked her passion for watches and the extent and nature of her collaboration as brand ambassador – as well as offering crucial insight into that most mysterious and shape-shifting of creatures: what women want in a watch, circa now. 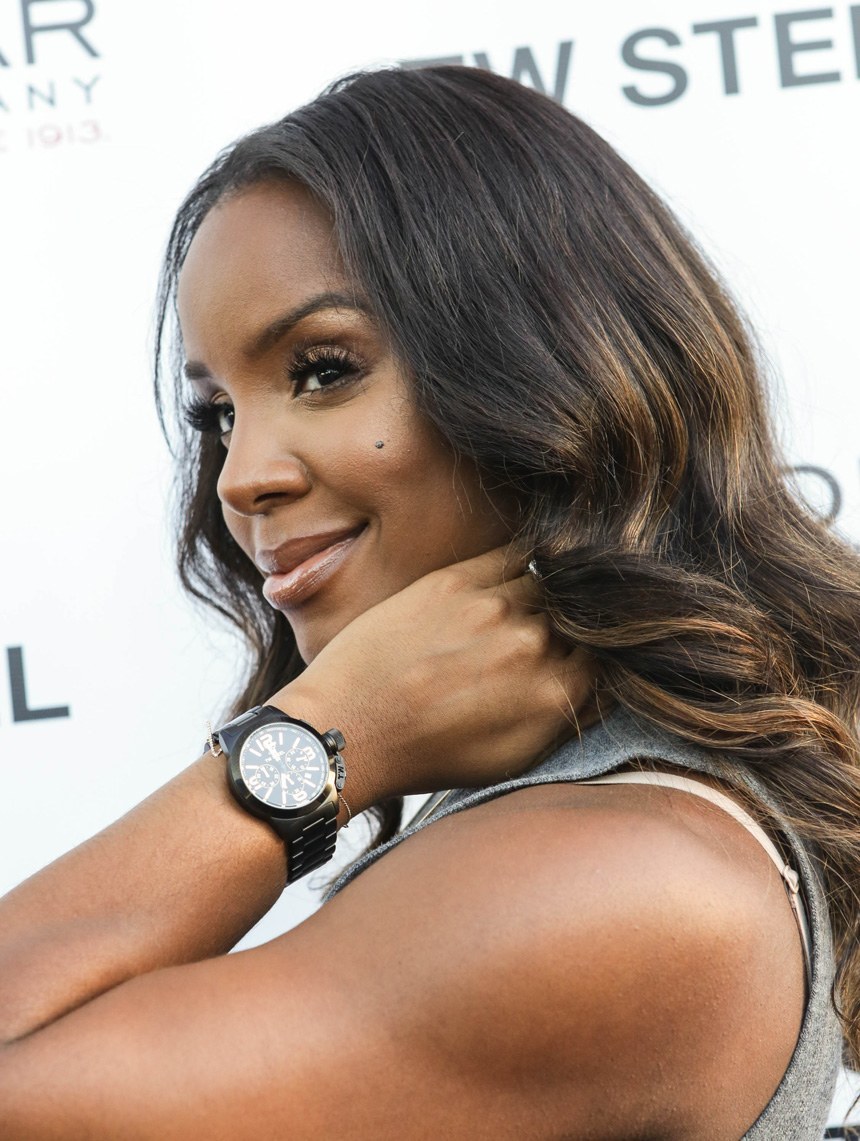 aBlogtoWatch (ABTW): This is your second watch model with TW Steel. It’s style proves much more minimal and darkly matte than your first collaboration – which was very boldly colored and embellished. What led you to put these twists on the Canteen Bracelet?

Kelly Rowland: I wanted something I’d be able to wear everyday, or as a statement piece. Rose gold has been consistent from even the first collection. It just speaks to me; that it’s able to go with so many different skin tones was important to me as well. And doing a black watch was always an idea I wanted to see executed. It’s funny: I wanted to do a black watch with my very first watches! It’s such a powerful color – one of my favorites – but one that goes with everything.

ABTW: What I like about this watch is I feel like it reflects the taste of the actual cosmopolitan woman today – much more so than the gaudy, blinged-out, old-feeling styles many watchmakers mistakenly think women want. Everywhere I see sophisticated urban women wearing larger, more masculine-styled watches, with a more monochromatic, minimal look. However, it’s not always easy to find styles like that unless it’s a men’s model.

Kelly Rowland: Absolutely. Women want choices. We don’t always want something so over the top all the time. And we want to make it our own. I actually feel it’s a unisex watch. I wanted it to appeal to both males and females – just because I did it doesn’t make it just a female watch! [LAUGHS] But it is a very tricky balance to make something that looks great on both men’s and women’s wrists. 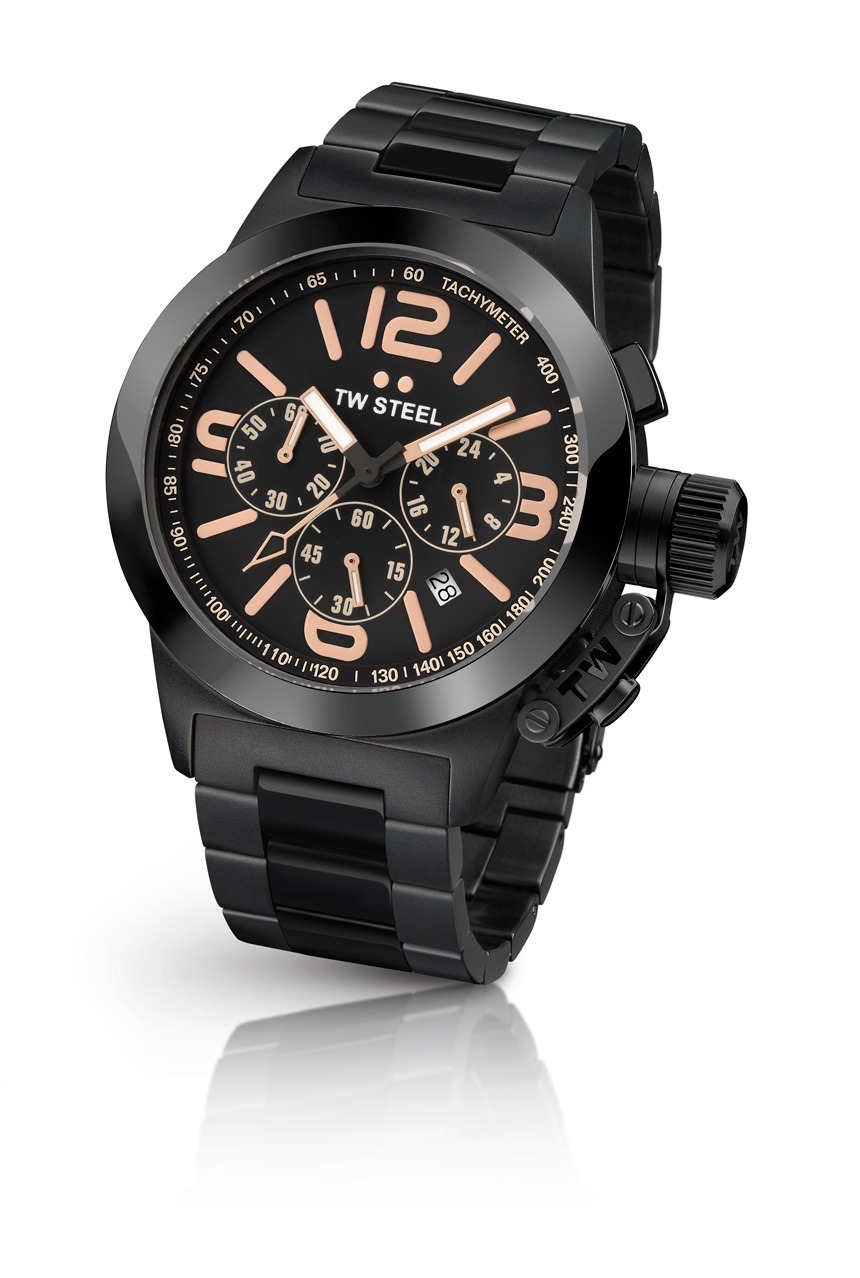 ABTW: As a brand ambassador for TW Steel, what is your input during the design process for your current special edition?

Kelly Rowland: It was a collaborative effort, definitely. I definitely had a lot of ideas about how the numbers looked – from the font to how they read – as well as the concept of an all-black watch. When it came to the subdials, the TW Steel family really knew what to do; it’s a signature.

ABTW: How did you first get acquainted with TW Steel?

Kelly Rowland: I was already a fan of the TW Steel watches. What happened was a couple years back, I stole my best friend’s TW Steel watch – the big face drew me in. It was actually a men’s watch: I loved the fact that it was so masculine, but on my wrist. As a female, sometimes you need that kind of energy! And then I had a mutual friend who introduced me to the TW Steel family: it continued very organically from there. Now I’m like the “first lady” of the company – a strong female presence surrounded by all this masculine energy, representing timeless style and class. That’s what I bring to the line.

ABTW: When did you first start getting interested in watches?

Kelly Rowland: I wasn’t – until I thieved my friend’s TW Steel! [LAUGHS] That’s really what happened. I’d admired other people’s watches, but I still hadn’t found one that was for me. Someone even bought me this really beautiful watch and I never wore it. And then I saw my friend’s TW Steel and said, “Wait, can I see that?” And then I never took it off!

ABTW: What’s ultimately most important to you in a watch? Are you more interested in the look and design, or the functions and mechanism, or both?

Kelly Rowland: I’m a girl, so style is important to me in a timepiece. It has to really click with how I put everything together. With my first Special Edition, the first thing I thought about was the color – pink and blue are two of my favorites. I actually wanted to do a black version first instead of pink, but we couldn’t find the right stones to fit inside. It didn’t work. All those subtle elements and choices came together to make the watch really pop. And the size of course – one of the first things I fell in love with with TW Steel watches was they always have a big face. I wanted to continue that. 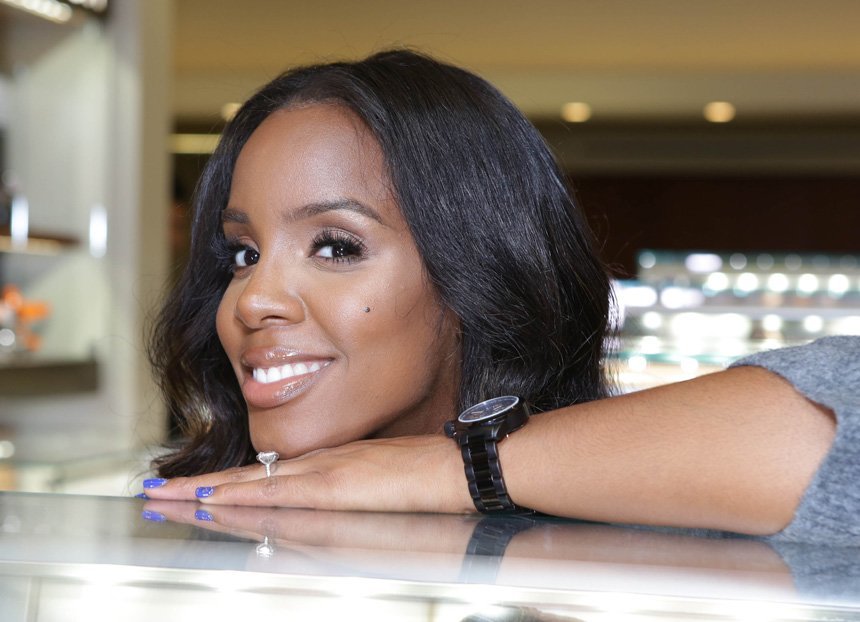 ABTW: You clearly have the watch bug. Are we going to see more joint efforts with TW Steel? What are your visions for the next Kelly Rowland Special Edition?