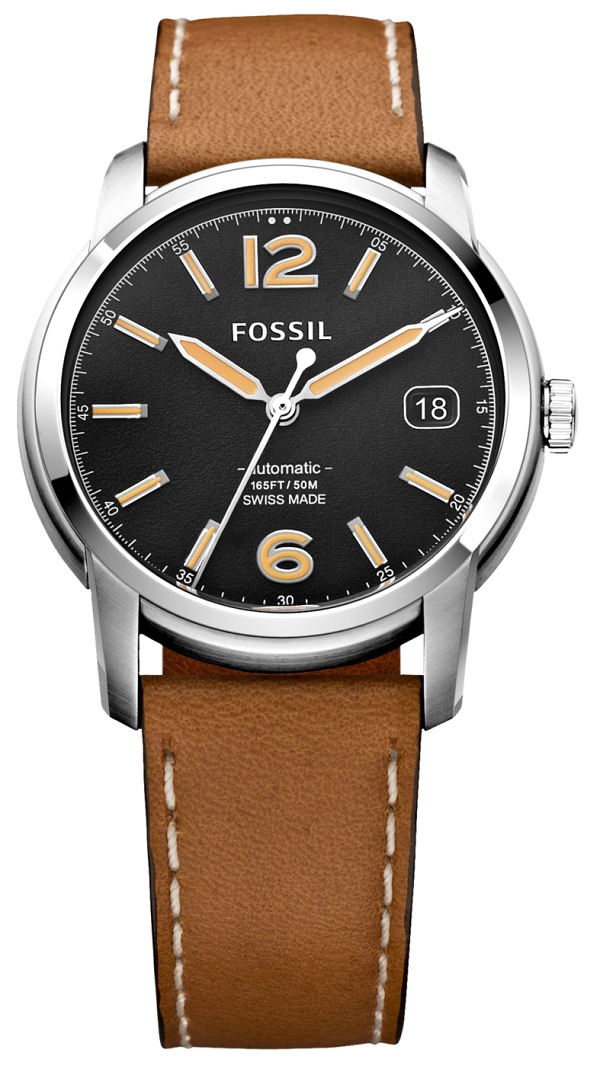 Is Fossil Ready For An $895 Swiss Automatic Watch? 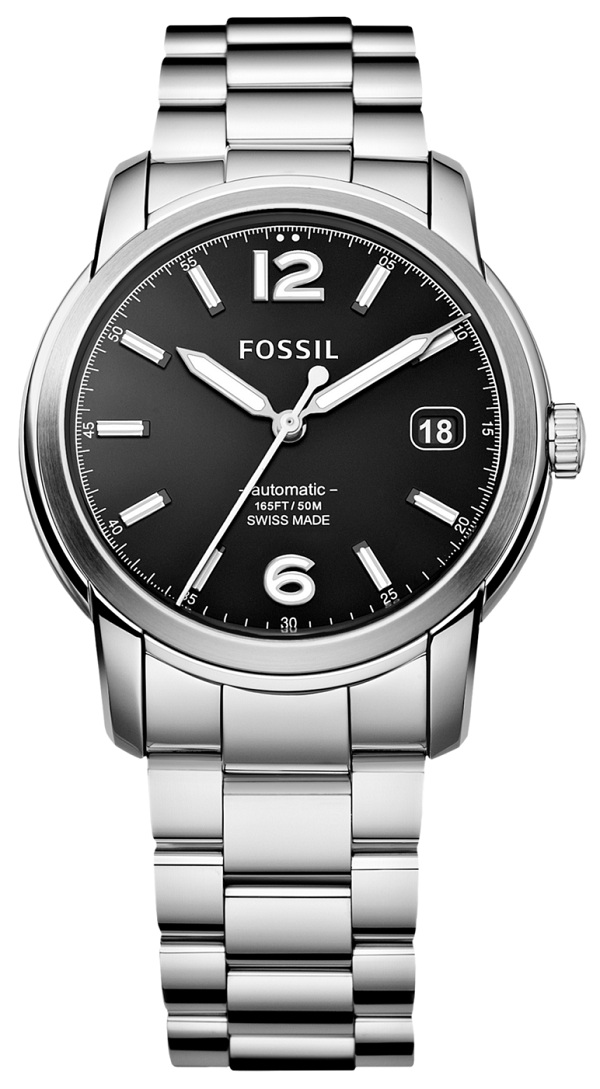 A few years ago, I used to joke that you’d never see an article about Fossil on aBlogtoWatch. So, this is actually the very first one. Yeah, I know that sounds snobby, but what exactly was I going to write? “Here is an $80 watch that is a cheap recreation of something else you really ought to buy. But with Fossil, you have the convenience of Macy’s.” As a business, Fossil is a fantastic money-making machine. Proudly American, the Texas-based company is actually in the business of retail product placement before they are in the market of making watches. That is at least from the perspective of what they are good at business-wise. Though, over the years, their ability to make decent watches improved (a bit). Given what I know and what I am used to, it is just hard for me to take Fossil timepieces seriously as something I’d wear – just being honest. Though for many non-watch snobs who wear these – bless ’em. At least they got watches on.

They may not have earned a spot on my wrist yet, but Fossil surprised the hell out of me when they recently debuted a new collection of “Swiss Made” watches. The collection thematically reminds me of the Burberry Britain watches. Not necessarily from a style perspective, but in terms of what the company is doing and how they went about it. We have yet to see these Fossil Swiss watches in the wild, but it is only a matter of time. So how do they stack up?

The Fossil Swiss collection consists of three models, each with a few versions. I am focusing exclusively on the mechanical model called the Swiss Automatic. In addition, there are Swiss quartz versions in the Fossil Swiss Chronograph and Fossil Swiss Day + Date. The first thing that struck me about the Fossil Swiss collection was the incredible lack of substance. I mean the watches are decent enough, but they seem to be so committee-created that even the marketing copy lacks soul. It is just a collection of buzzwords and applicable terms. Like a cliche on Swiss watch brand advertising, the carefully made micro site on Fossil’s website merely floats terms like “timeless” and “craftsmanship” in front of our eyes without so much as an attempt to explain how they are timeless or what craftsmanship even means in this context.

Having said that, I know that the average Fossil customer knows little about the watch industry, watches, etc… They are used to spending under $200 on a quartz watch with a Japanese movement, and aren’t interested in a lengthy discussion on watch design and movement assembly. So then why the hell is Fossil making close to $1,000 watches with bland designs that their customer base has zero interest in? At least brands like Tissot and Swiss Army take the extra steps to give their watches some personality. Fossil does not even try to do that. I mean the name of these watches is “Fossil Swiss Automatic.” Such a robotic naming scheme is cold and un-creative. Might as well just give them numbers. 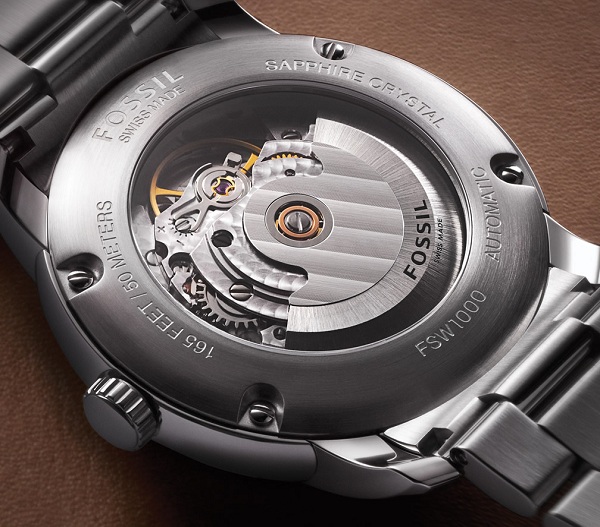 From a design perspective, the cases and dials aren’t bad. Nothing to write home about, but classic and soothing to the eye in a vintage military sort of way. Looks like a cross between a Bell & Ross mixed with a lot of Swiss Army Victorinox DNA. There is some manner of luminant on the dials and the hour markers are applied – which is a positive. You get the distinct impression that Fossil wanted to come out the Swiss doors with a very safe design, do nothing particularly new, and see how it went. Though I still have no idea who the target demographic for these watches will be. At about half the price, they might be a strong buy.

Size-wise, the Fossil Swiss Automatic is rather on the modest side at 38mm wide in a steel case. There is also a version with a steel metal bracelet which isn’t too bad. The design of the watch is really not objectionable (though a few extra millimeters on the case would have been good), it is just the overall lack of soul which gets to me. In terms of this much remarked upon Swiss movement, Fossil is equally unclear on where it comes from. They call it the caliber STP-1-11 which is nothing I’ve ever heard of. Visually it looks like an ETA 2824 automatic but I doubt Fossil was able to get many of those. I have a feeling it is some manner of 2824 clone. At least Fossil doesn’t hide the view to it on the rear of the watch. So all-in-all there you have it: the first Fossil Swiss watch with a mystery Swiss movement, impotent messaging; an acceptably saleable style; and perhaps not nearly what a brand like Fossil could accomplish with its vast resources and experience. Price is $895. fossil.com 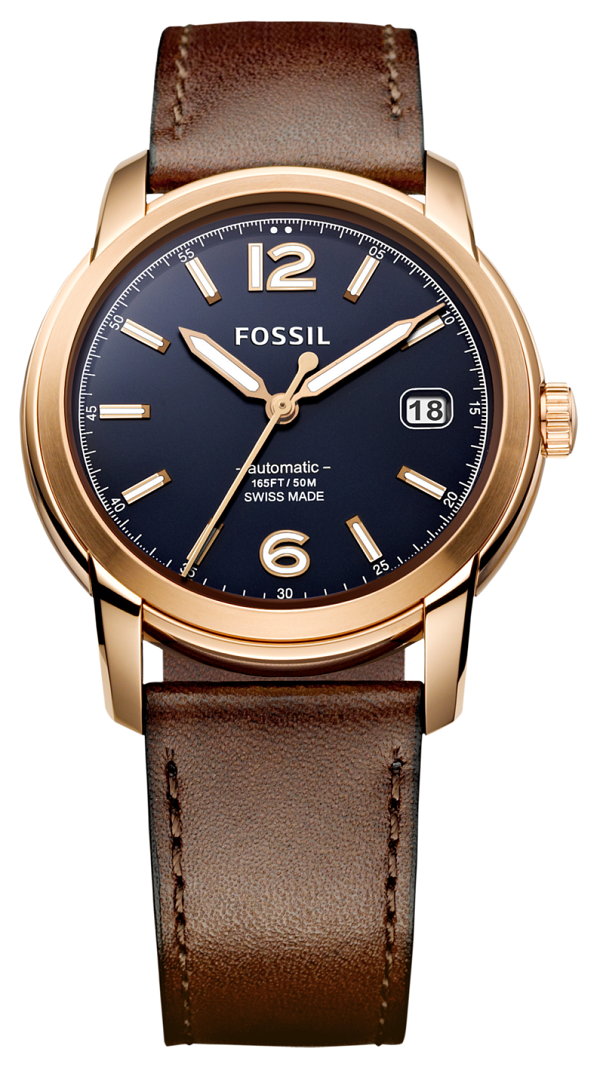