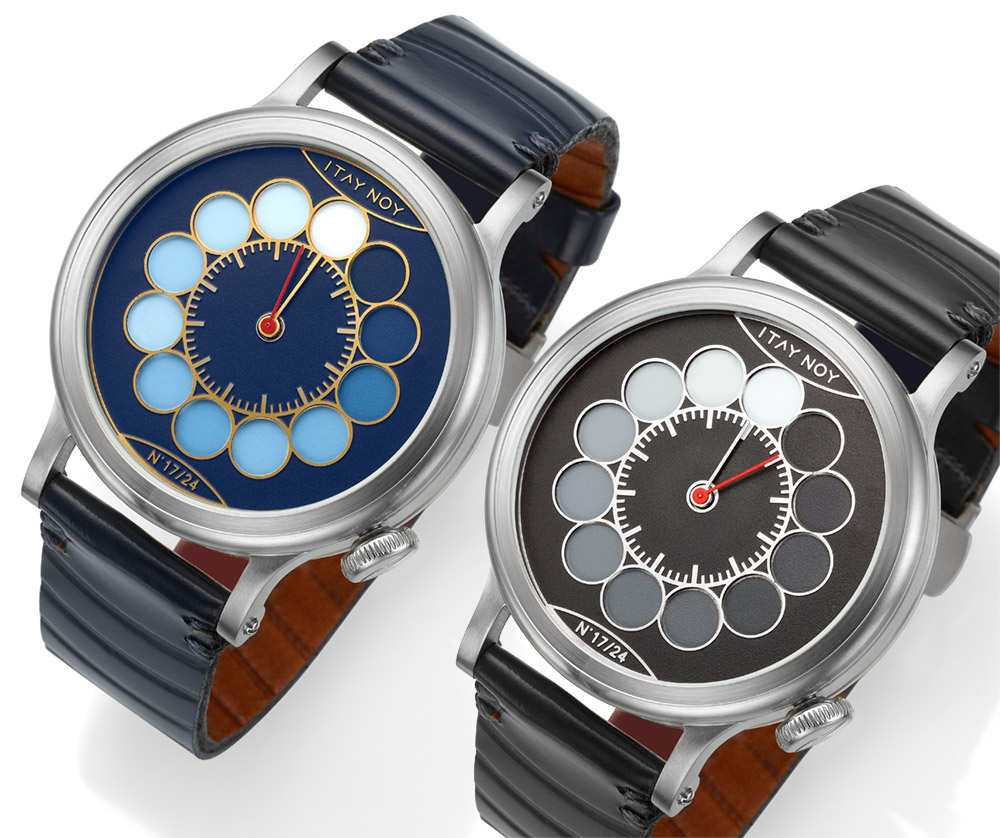 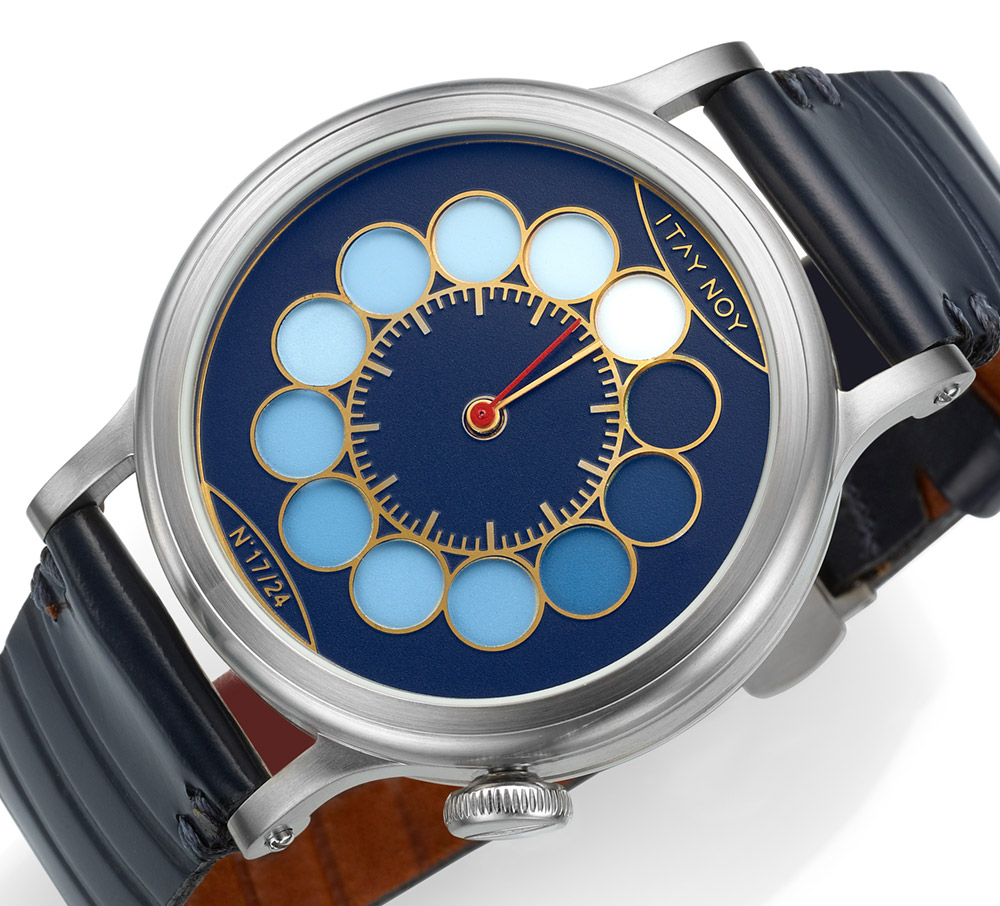 Itay Noy is an Israeli watchmaker and his eponymous brand is known among fans of independent watchmaking for creating interesting watches at relatively reasonable prices. In addition, most of his watches are created in extremely limited numbers, which adds exclusivity to the deal. However, his newest watch aims to take the concept of exclusivity a step further in that only its owner, the brand says, will know how to read the time with it. Let me tell you how the Itay Noy Time Tone watch works. 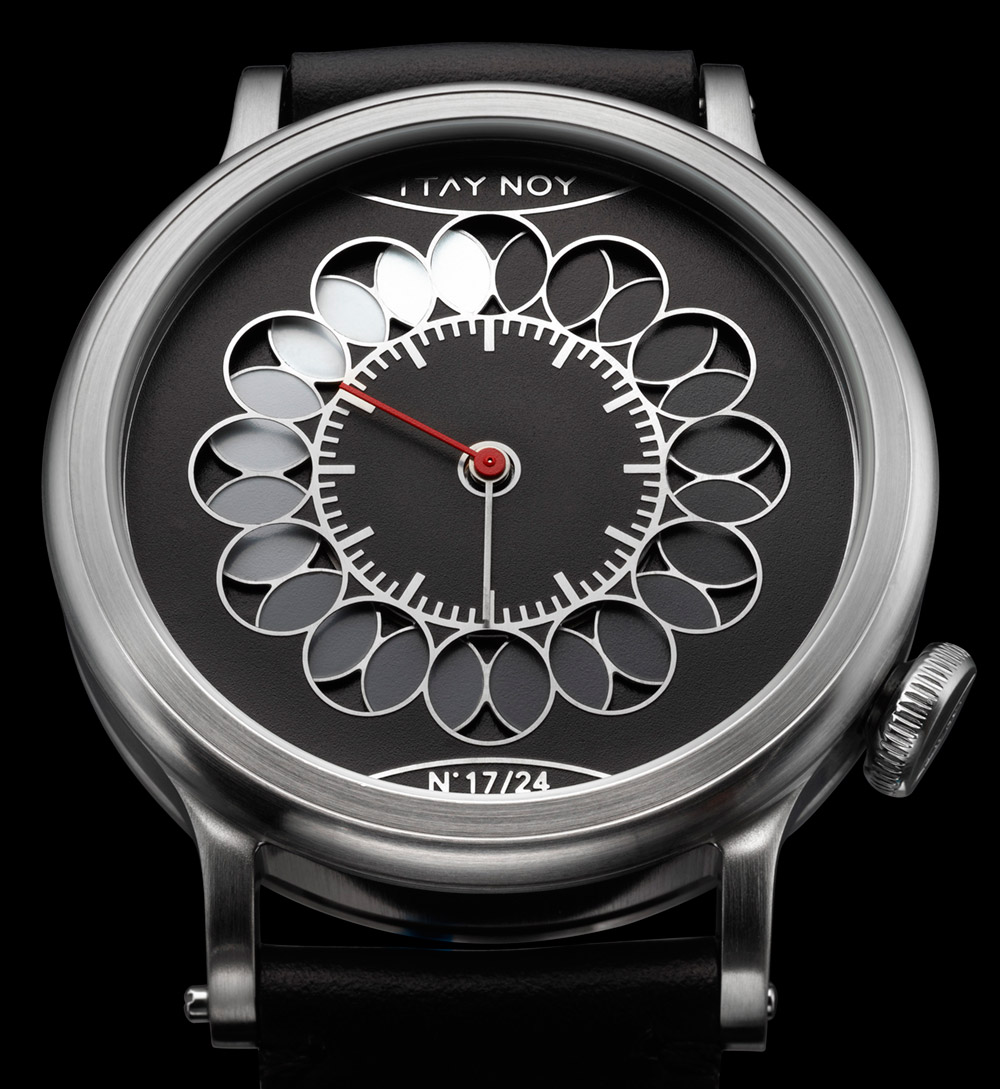 To begin, the Itay Noy Time Tone comes in a 44mm-wide stainless steel case that measures 12mm thick. From the press photos, it looks as if it has a very curvy and organic outline with few sharp edges or angles. It has a large signed crown at 4 o’clock, and its screwed lugs are something which is quite rare to see these days. In my opinion, screwed lugs make strap changing more convenient as I find spring bars to be a little fiddly to use at times. The case is water resistant to 50m, which is sufficient for daily wear. 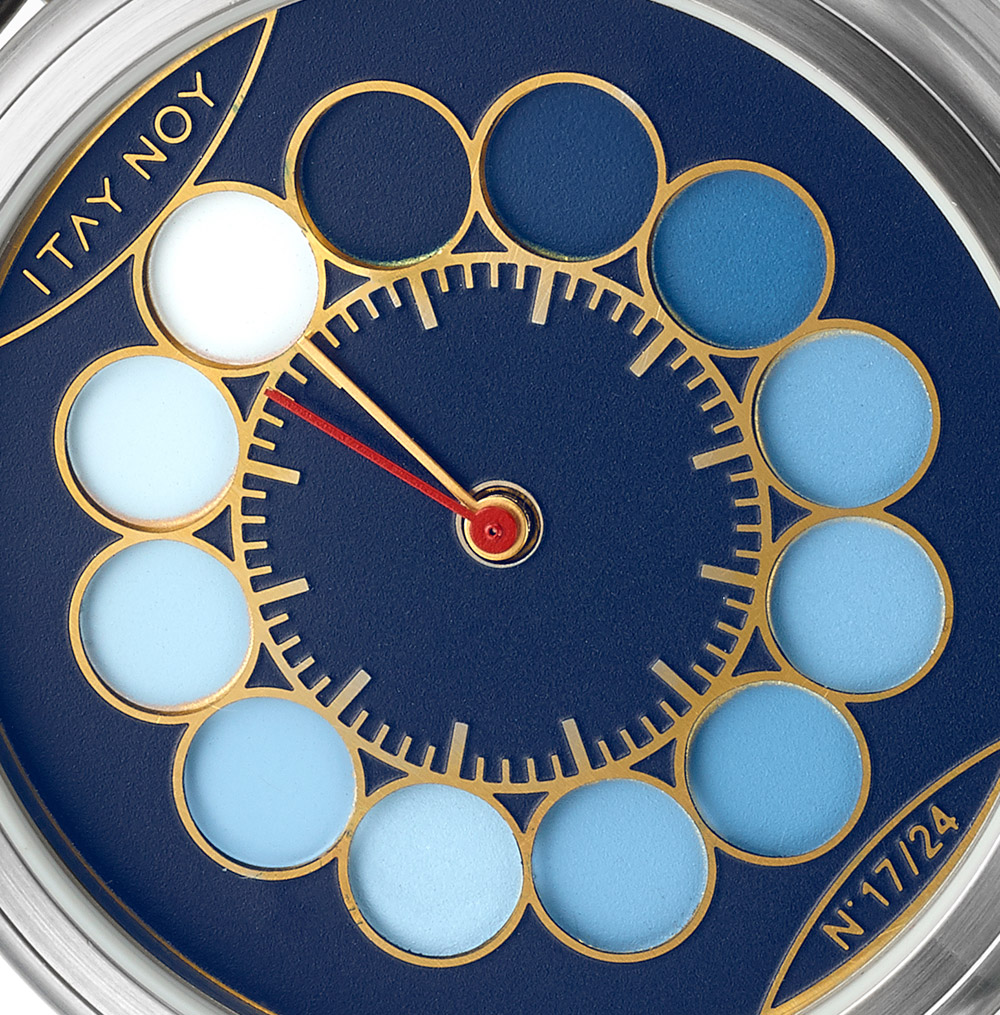 The Itay Noy Time Tone comes in two dial variants: one with a blue dial with gold-plating and another with a black dial and ruthenium-plating. In the center, there’s a large sub-dial with a red running seconds and a gold or white minute hand. Surrounding the sub-dial is a series of apertures under which are colored discs. On the blue dial model, the discs gradually change color from white to light blue and finally dark blue. On the black dial model, the discs begin with white and then gradually change to gray and end up being black. The owner gets to decide which colored disc is the hour hand, hence only the owner is able to fully tell time with the watch – though, I would recommend choosing either the lightest or darkest color, lest you get confused about which shade of blue or gray is the current hour. Each Time Tone watch also comes with a color matching, hand-made padded leather strap with a double-folding clasp. 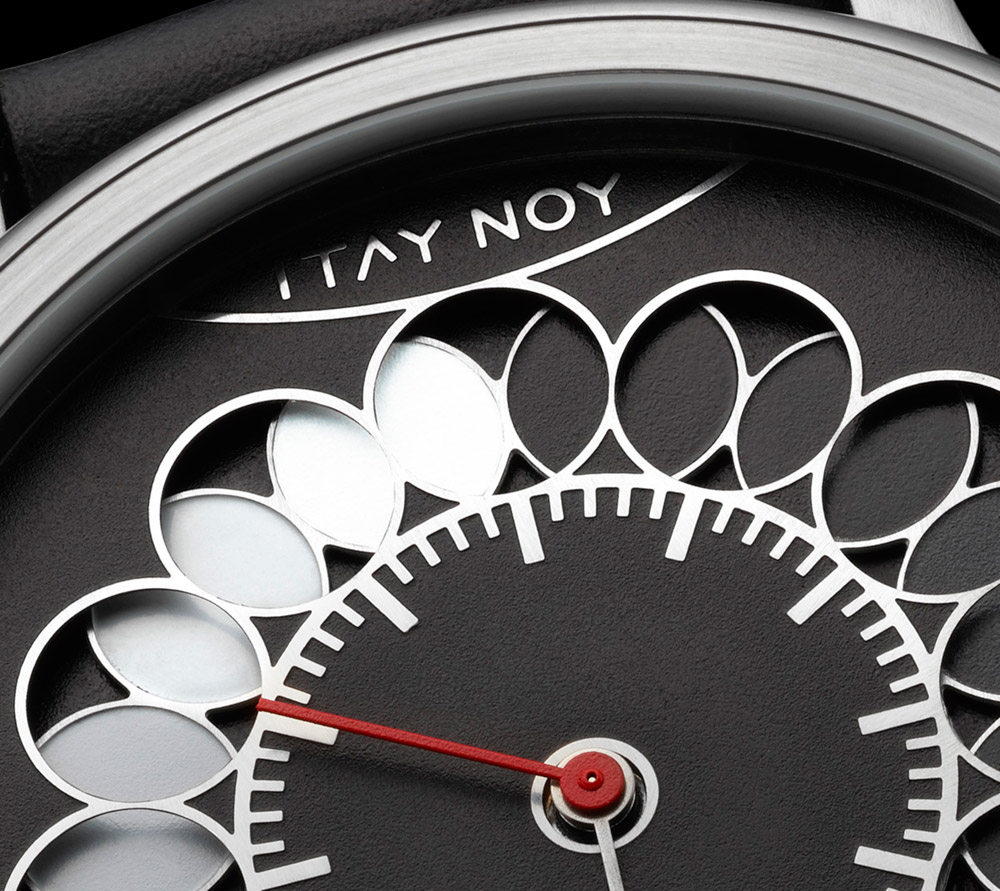 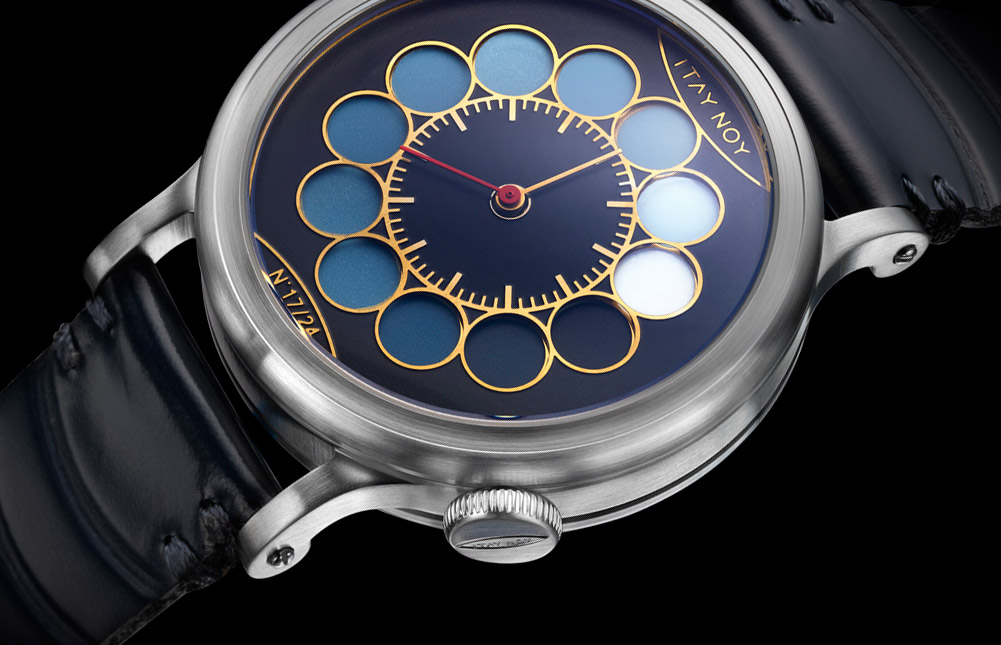 Enabling all this is the Itay Noy Caliber IN.IP13, which is made upon order by IsoProg, a small independent movement manufacturer in Switzerland. Itay Noy then adds on a special module of his own design to enable the spinning discs. The Caliber IN.IP13 is a hand-wound movement that beats at 3Hz and has a power reserve of 42 hours. It is visible through the watch’s display caseback and looks to be quite decently finished with circular graining on the bridges and main plates and polished blued screws. Also notable is the relatively large balance wheel.

Certainly, the Itay Noy does have a unique way of telling the time and I find it to be quite refreshing. Of course, some readers might think it is gimmicky, but I like to see it as offering watch lovers something different without necessarily being overly complicated. It helps also that the overall aesthetics of the watch do seem to be quite pleasant. The Itay Noy Time Tone is limited to 24 pieces in blue and 24 pieces in black and is priced at $5,600. itay-noy.com