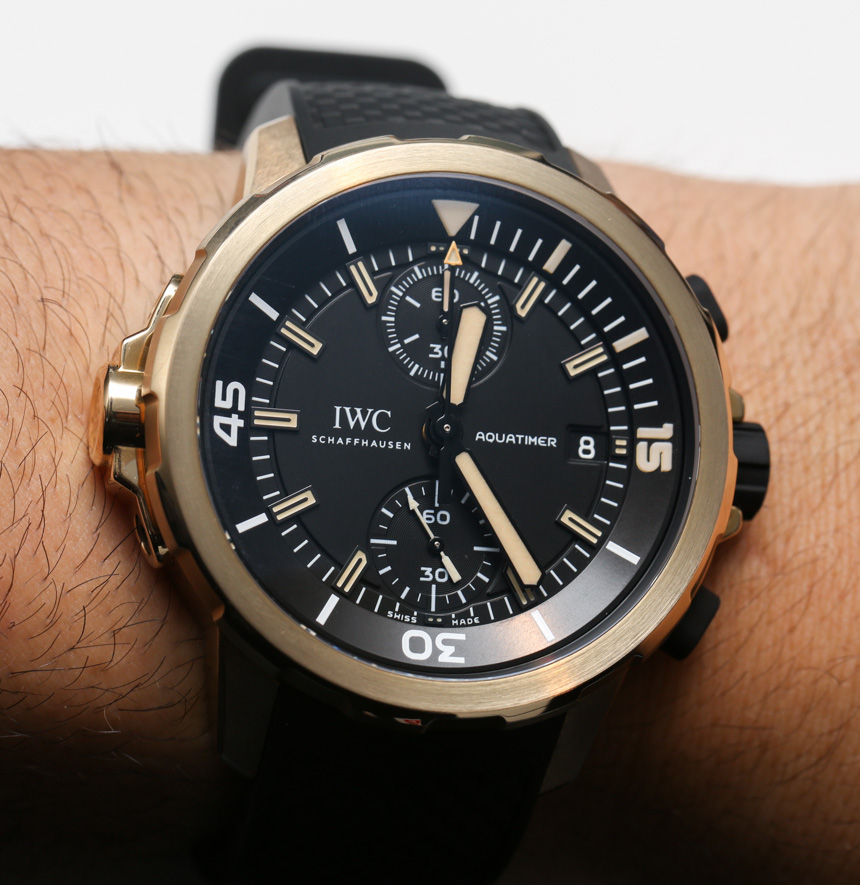 One of the most anticipated new IWC Aquatimer watches for 2014 was also the first bronze watch that IWC will produce. Here it is hands-on, and it is called the Aquatimer Chronograph Edition “Expedition Charles Darwin” (ref. IW379503). To be honest, I was a bit skeptical about IWC getting in to the whole trendy bronze case thing. Panerai did it with a few models after bronze started becoming hot with “indy divers” (that are marketed toward many of the most dedicated watch enthusiasts on the internet). We’ve seen bronze used for watches such as the Gerald Genta Gefica and some Anonimo watches, but is the material good enough for more mainstream luxury brands such as IWC?

Not all bronze is created equally, and like steel, just saying “bronze” doesn’t tell the whole story. First of all, bronze was a popular metal used before we had stainless steel, especially for ships. Stainless steel changed that, but the reason bronze is used in watches has a lot to do with its novelty and color. Bronze metal also forms a unique patina over time that looks good on certain sport watches. That is a sort of universal truth- that the metal will change color over time, but exactly what it will look like months or years after it is new isn’t quite clear. 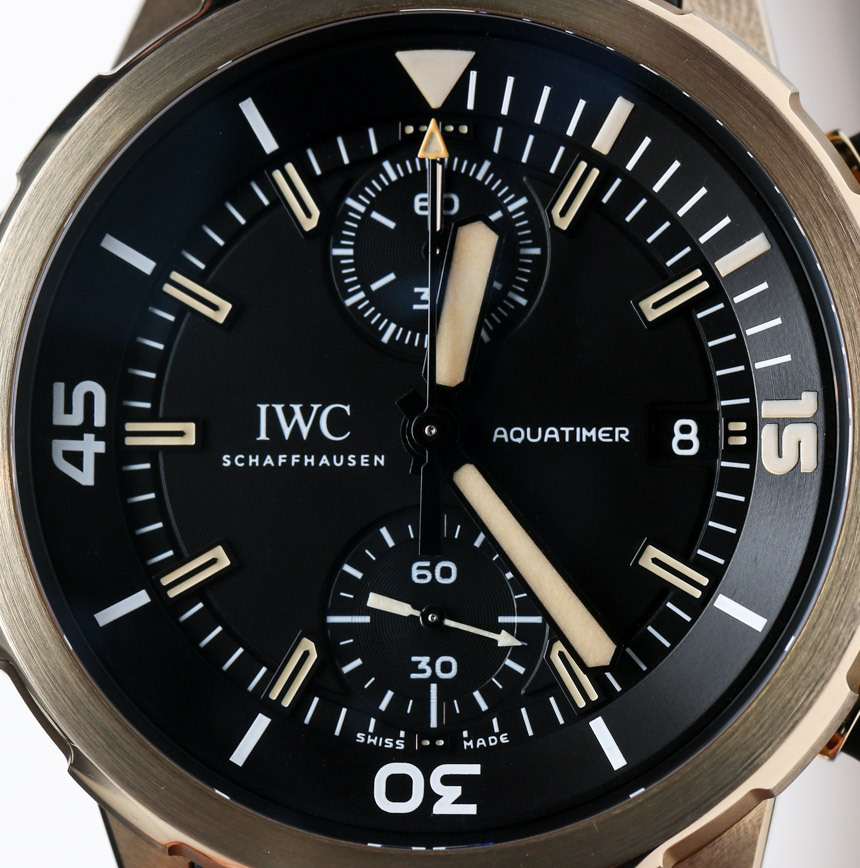 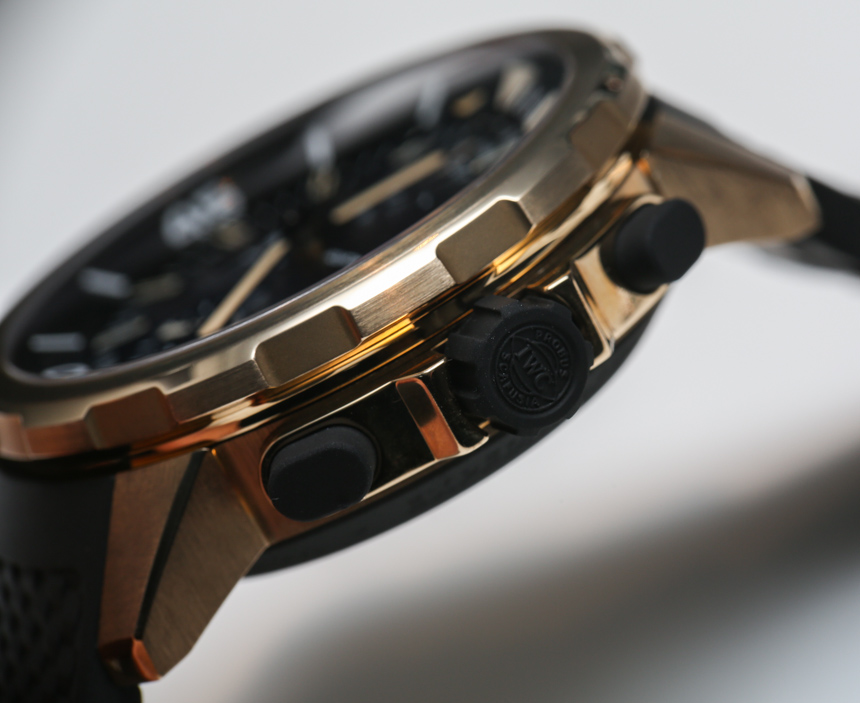 According to IWC, they use a very robust bronze alloy that makes it harder as well as much safer for skin contact. That means it has a high ratio of aluminum along with the copper which gives it its warm color. That should translate into a harder case that will last longer. I believe that bronze scratches a bit more easily than steel, but people don’t choose it for that reason–they like the color, they like that it sort of looks like gold (but doesn’t cost the same), and that it is a bit unique. IWC chose to produce one out of many of their new Aquatimer watches in the material, and frankly I think it is pretty nice mixed with black rubber and other black tones.

A logical question is,  how does a bronze case relate to Charles Darwin, and how does Charles Darwin relate to the Aquatimer dive watch collection? Well, to answer the first question, IWC makes a logical leap between Charles Darwin’s ocean voyages to the Galapagos Islands and that bronze was a ship building material. The Galapagos Islands relate to a conservancy that IWC supports, and now you can see how the pieces come together. In addition to the Charles Darwin edition watch, other new for 2014 Aquatimer models include those such as the “Galapagos Islands” edition, as well as the “50 Years Science For Galapagos” edition. I hope you are seeing a theme here. Each of these special edition models is based on the new Aquatimer Chronograph, and I would probably discuss that a bit more now that we’ve discussed the case material. 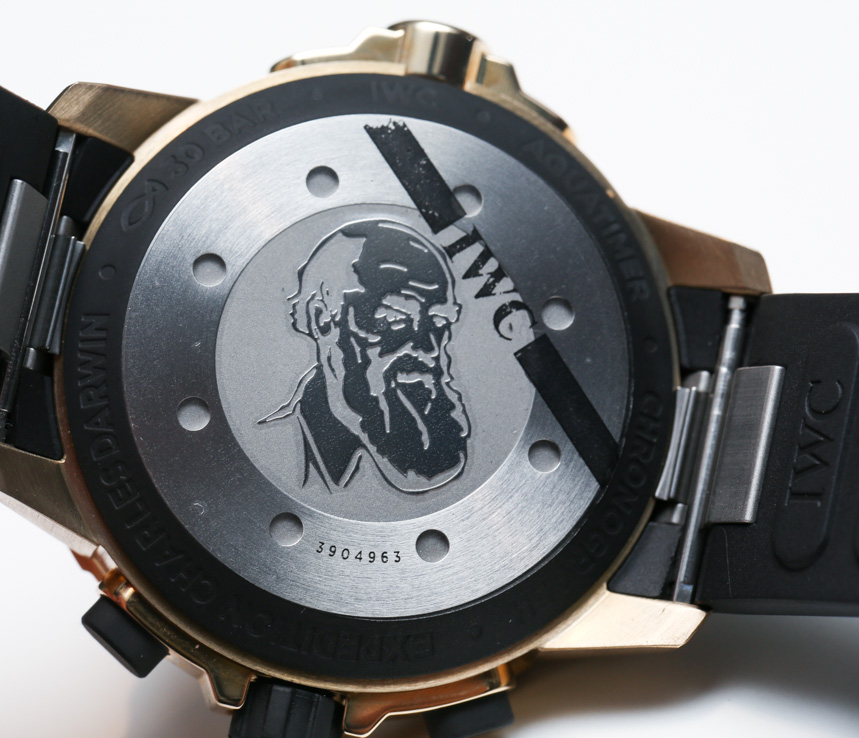