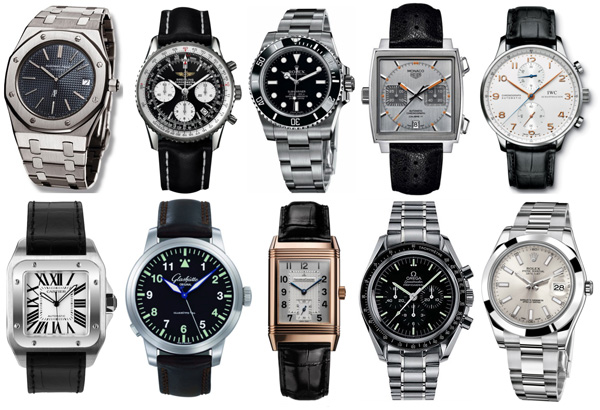 Top 10 Living Legend Watches To Own 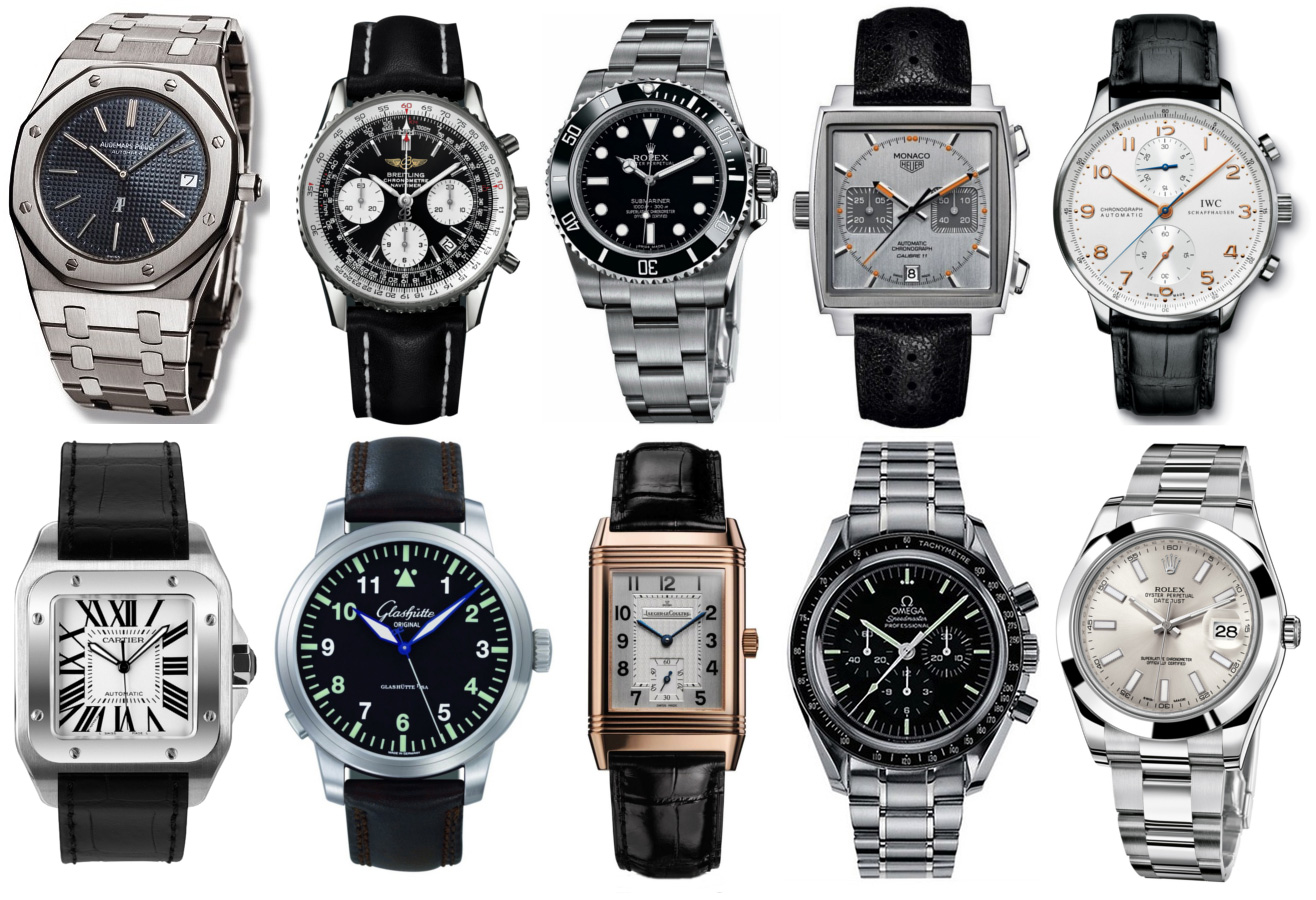 If you look at many of the most popular watch brands, you’ll notice that their collections usually contain a few (or many) classics whose names have been around for years. Brands like Rolex don’t really release new models, but rather continue to improve on their core collection over time. Models like the Submariner and Datejust have been around for generations. Other brands also keep tradition alive by continuing to offer modern versions of designs that have proved successful for many years. To recognize and help suggest those watches which are “living legends” we’ve come up with a list of the top 10 worth owning. To be clear, to be a living legend, a watch must have historic roots and still be produced today. We know we couldn’t include them all so mention your favorites in the comments below. 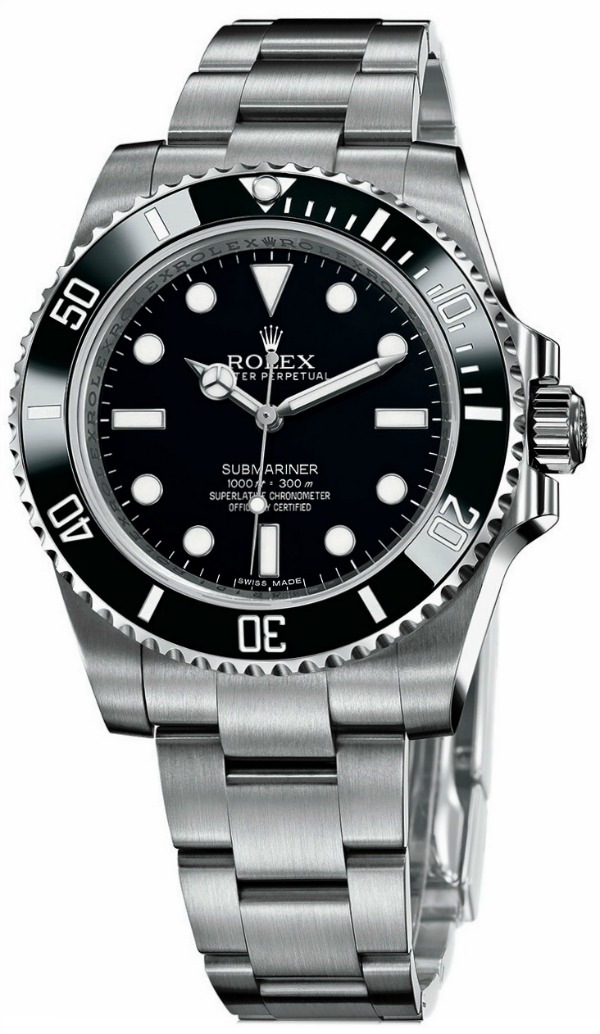 It was 1954 that Rolex originally released the Submariner, and the watch industry hasn’t been the same since. The Submariner was never released as a luxury product, but rather a professional diver’s watch that anyone could enjoy. It attained a cult status for being a damn good sports watch and later in the 1980s when the mechanical watch gained a more luxury status and Rolex began its long path to become the world’s most desirable luxury timepiece brand. The Submariner is their most popular model for good reason. Durable and legible, its slick style remains timeless, and most importantly – suitable for most any man (and many women) regardless of look, style, or age. It goes without saying that the perennially good design of the Rolex Submariner is alive and well today in its newest renditions featuring 40mm wide cases available in steel, two-tone, or 18k white or yellow gold. Pricey with an average price of about $8,500, but sure to be timeless and retain value. rolex.com 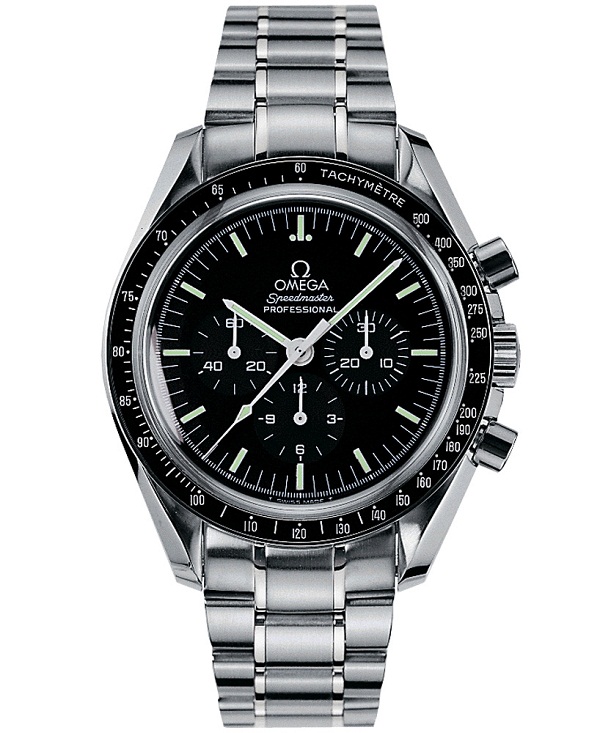 Regardless of price, prestige, history or technology, the Omega Speedmaster is widely considered to be the quintessential sports chronograph. You want a handsome but not showy chronograph with a great history, distinctive look, and a long enough life to offer many different versions? That’s a Speedmaster. Why? The Omega Speedmaster was good enough for NASA and one was strapped to Buzz Aldrin for his 1969 moonwalk. The Moonwatch is basically the Submariner of chronographs, there are lots of versions, plenty in the used market, they hold their value well and have evolved relatively slowly. Whether you fancy a manually wound 3570.50 or the updated co-axial automatic Speedmaster 9300, you really cannot go wrong and you’ll own a piece of horological history Priced from about $4,500 – $8,700 for steel versions.. omegawatches.com 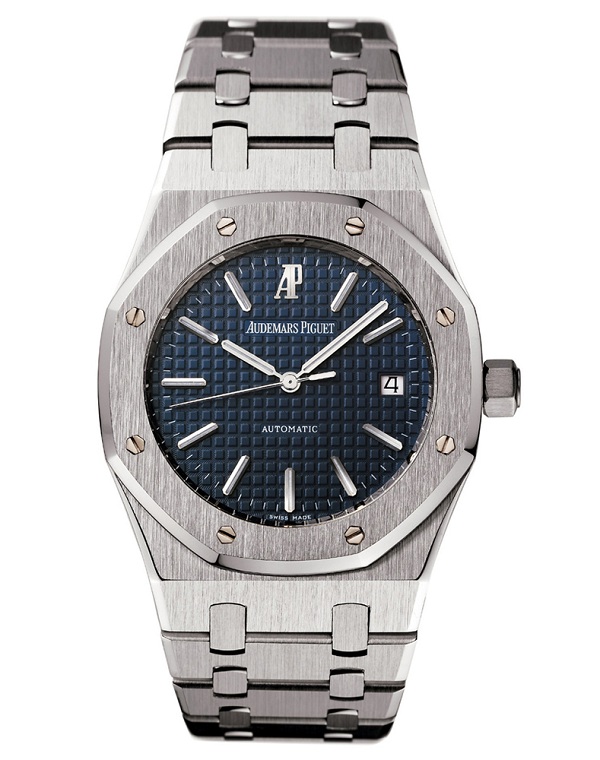 Facing bankruptcy in the expanding wake of the quartz revolution, the Royal Oak is the watch that saved Audemars Piguet and made them the brand they are today. Knowing they needed revolution and not evolution, Audemars Piguet brought in none other than Gerald Genta to design a watch that could introduce the brand to a bigger market. Genta created the AP Royal Oak ref 5402ST which launched in 1972 with a price tag so aggressive that not only did it vastly exceed the price of any of its competition, it even out-priced most gold watches on the market. The world had no reference for a steel luxury sport watch, making the Royal Oak an all-in play by Audemars Piguet. While the Royal Oak may have been a polarizing idea from its inception, it created a new watch archetype, the luxury steel sport watch, and acceptance grew fast enough to keep Audemars Piguet in business and the distinctive Genta design is a now an integral part of their brand iconography Starting around $20,000. audemarspiguet.com 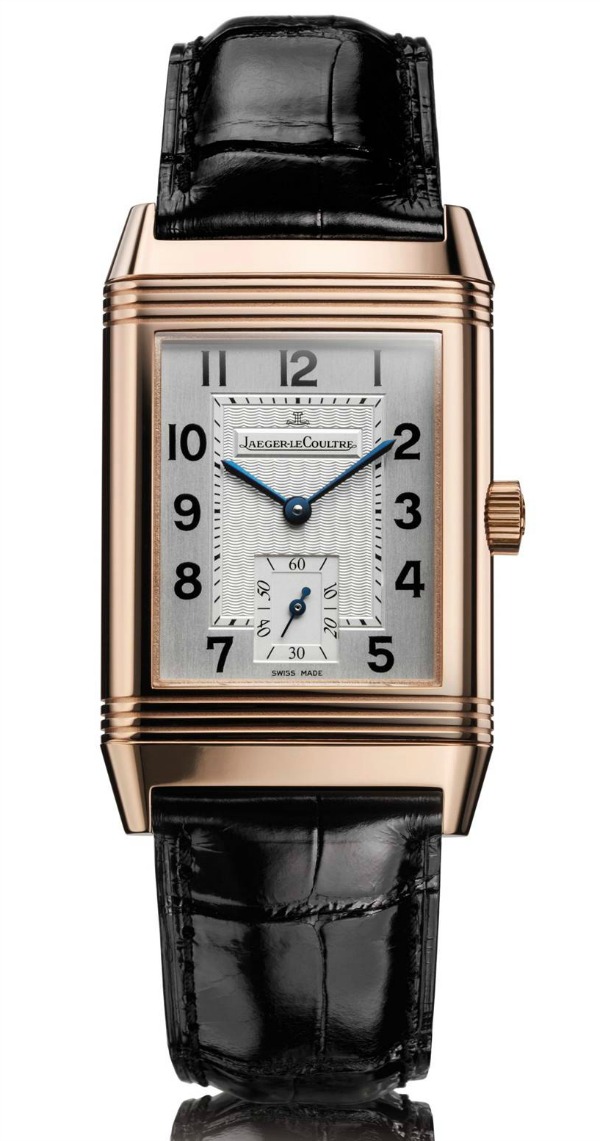 1931 saw the debut of the Reverso, which was one of the original partnerships between Jaeger and LeCoultre, which subsequently merged to form a singular brand. From the start the Reverso was destined to be a high-end watch being made for members of Britain’s elite society as a timepiece to be worn while playing polo in then colonial India. While the flipping case concept seems simple by today’s standards, it proved complex to initially industrialize. The rectangular case originally flipped to display a solid metal back to protect itself. The art deco styling and handsome mannerisms of the angular timepiece made it a quick hit among high-society folk especially in Europe. The middle of the 20th century saw a halt to Reverso production and it wasn’t until the 1980s that the Reverso started to come back. This was especially the case in the last 20 years. Its handsome styling is of course classic, but also timeless and inherently masculine. Jaeger-LeCoultre has also offered a dizzying array of Reverso styles and sizes to appeal to most luxury watch customers. The Reverso case and movement are made totally in-house by Jaeger-LeCoultre. Prices average around $10,000. jaeger-lecoultre.com 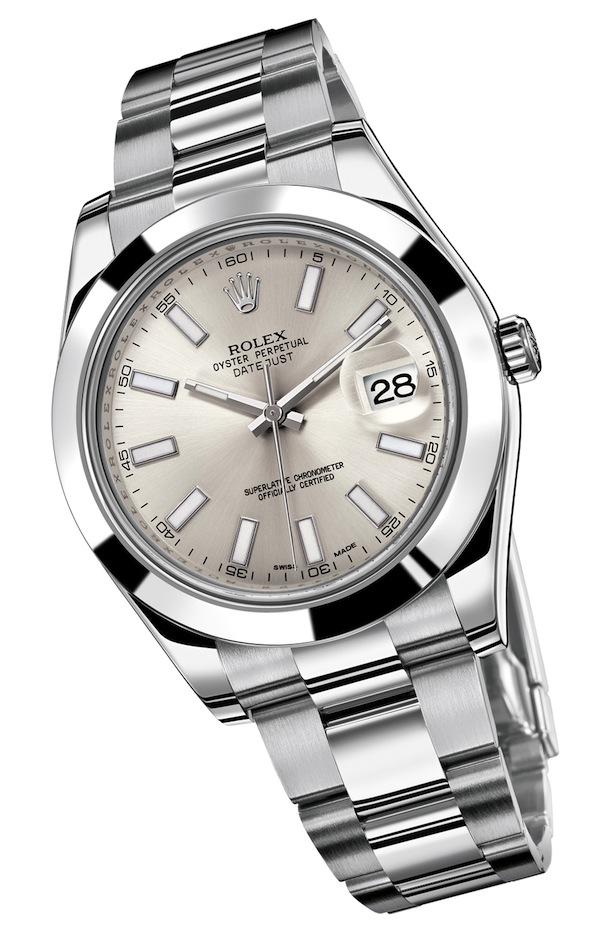 Easily Rolex’s most fundamental watch, the Datejust has been around since 1945 when Rolex added a date feature to their Bubbleback watch.  The Datejust is evidence to what Rolex believes to be most essential in a watch. Rolex is a conservative brand and the Datejust is their most practical model, offering everything you need in an everyday piece and nothing more. While a 41mm version was launched in 2009, the Datejust was previously available only in smaller sizes including 36mm (mens), 31mm (mid size) and 26mm for the ladies. This enduring model has been worn by many famous individuals including President Dwight Eisenhower, literally countless actors, and even Tony Soprano. One of the quintessential Rolex models, the Datejust offers excellent versatility, working just as well with jeans and a t-shirt as it would with a suit and tie. Prices start around $9,000 (for the Datejust II), but the sky is the limit if you like yellow gold and pave diamonds. rolex.com 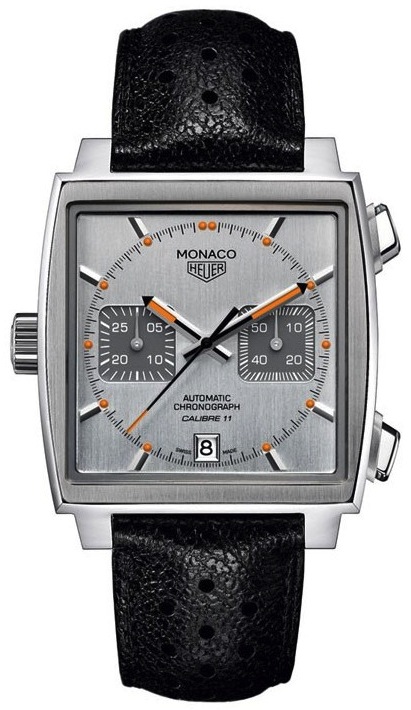 The Heuer Monaco was launched in 1969 as one of the first automatic chronographs in existence and one that Jack Heuer named in honor of the famous Monaco GP Formula One course. With its square case and now-famous Calibre 11 automatic movement, the Monaco was even seen on Steve McQueen’s wrist in the 1971 film Le Mans. An absolute classic in the chronograph world, the Monaco was discontinued after only a few years but the design saw a McQueen reissue in 1998 and was later relaunched by Tag Heuer in 2003. Vintage and limited edition Monacos are extremely desirable and claim a considerable fee in the used market. Whether you’re channeling Steve McQueen or Walter White, a Monaco will provide about as unique a wrist presence as can be found today From about $4,500. tagheuer.com 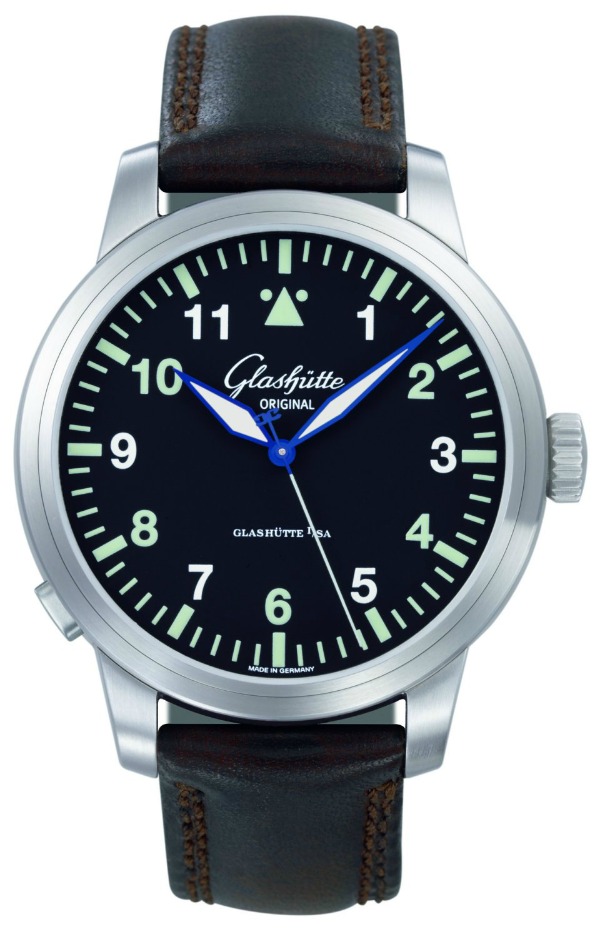 In addition to diver-style watches, the most popular sport watches are pilot-style timepieces – and there are tons of them. Pilot watches are some of the original “big watches” and it is hard to pinpoint exactly who created them first. People tend to agree that many of the early ones were German and Swiss from as early as the 1920s. This particular quintessential design is sometimes referred to by the “B-uhr” name and has been reproduced by dozens of brands. Because we like them, we chose the Original Senator Navigator by Glashutte Original to represent this iconic living legend watch as there is no clear “living parent” to the design. Glashutte Original makes a few pieces in their Original Senator Navigator pilot watch collection with an average price of about $7,000 and they are very high in quality even though they are rare to be found even where Glashutte Original watches are sold. Other brands who offer this design sell them at prices from a few hundred to many thousands of dollars. glashuette-original.com 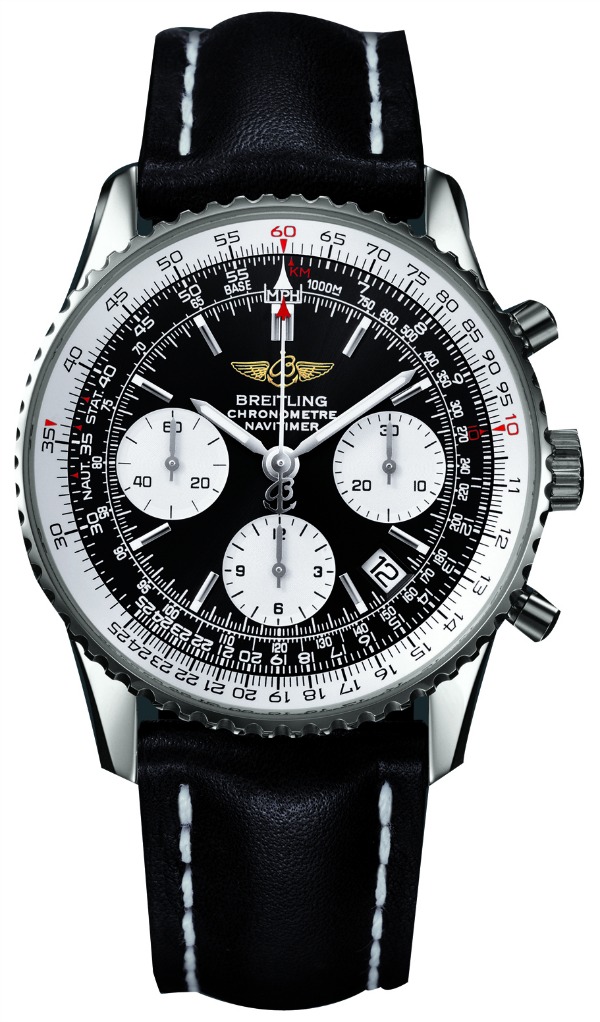 The early 1950s heralded in the era of another famous pilot watch – the Navitimer by Breitling. What made this piece famous was its combination of chronograph and slide-rule bezel. While not the first Breitling piece to offer these complications, the Navitimer was quickly adopted by military and professional pilots as a useful tool because in addition to telling time, it was able to offer a range of necessary inflight calculations. This was thanks to the slide-rule and chronograph combo. When cockpits went digital, the utility of the Navitimer subsided, but today many pilots are still trained using traditional analog calculation systems as a backup if electronics fail. The Breitling Navitimer is much more than a tool having attained the status as a high-end tool watch for the discriminating and intelligent active guy. Today, Breitling offers version of the Navitimer with their own in-house movements and it remains one of the brand’s top sellers. Price is about $9,000. breitling.com 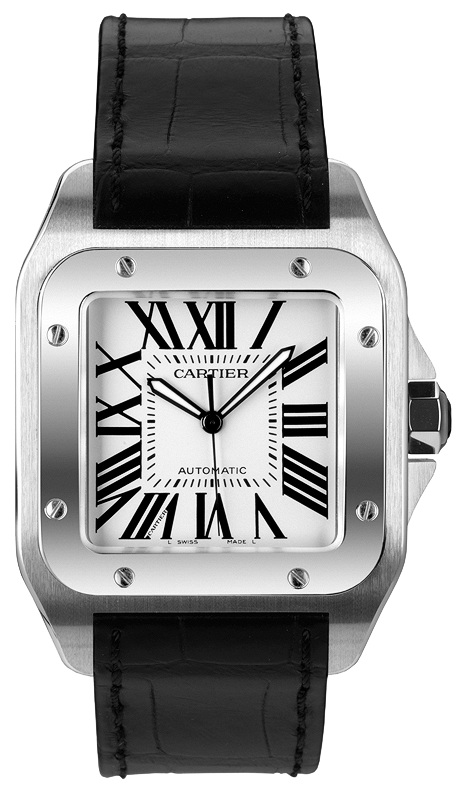 The Cartier Santos is a surprisingly enduring design that is actually quite closely linked with the birth of manned flight. Alberto Santos-Dumont was the first man to achieve sustained flight in a fixed wing aircraft circa 1906. Dumont was close friends with a French jeweler named Louis Cartier and had shared with him the difficulty he experienced when trying to check his pocket watch while flying. Cartier set about to design a wrist-mounted watch that would allow Dumont to view the time without removing a hand from the flight controls. In helping Dumont with a practical problem, Cartier created the first pilot’s watch and likely kick-started the trend of men wearing watches on their wrists, which was generally only done by women at the time. The original Santos design lives on today as the Santos 100 in which the distinctive square-style case and roman numeral dial have been updated to a modern 51 x 41.3 mm size. The Santos has endured because of both its origins and its functional sporting design which looks great despite being over 100 years old. Starting from about $6,700. cartier.com 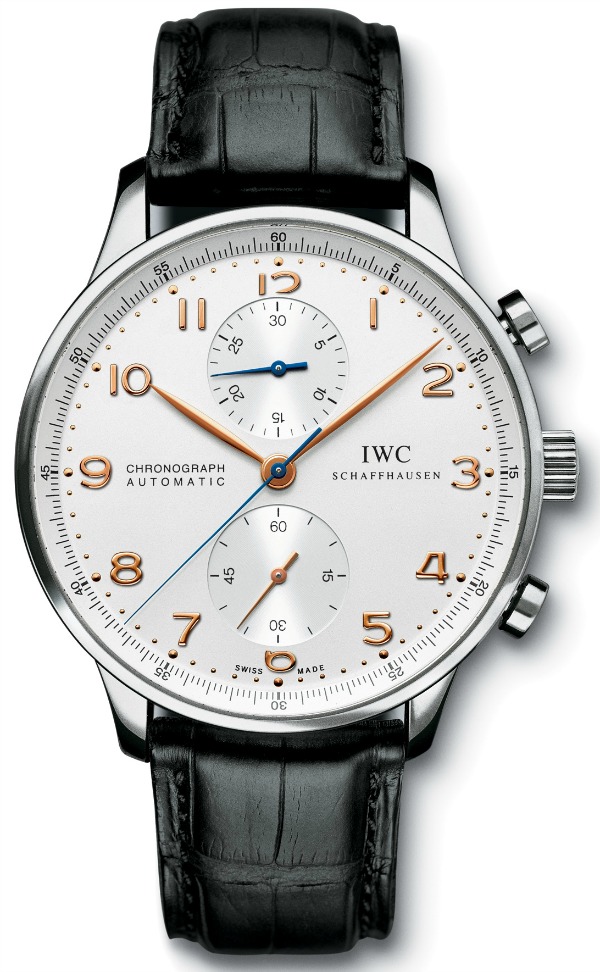 The story of the IWC Portuguese collection starts with its name. According to IWC, a group of Portuguese ship merchants traveled to their manufacture in Switzerland in the 1930s asking for a legible and highly precise watch able to be worn while onboard a ship. At the time it was necessary to have precise marine chronometer clocks while at sea because there was no way for the ship to update its clocks while far from land. The men from Portugal wanted precise wrist watches as opposed to having to rely on stationary clocks. While it is unknown how precise these original clocks ended up being, what is known is that the watches to come out of the relationship proved very popular. Their design is based on ship instrumentation and marine clocks, and they remain extremely popular sellers for IWC today. The Portuguese comes in a range of styles but each has that large-size dial look with applied Arabic numerals and properly proportioned hands. To many, it is watch design perfection, and by all accordingly a living legend. Average price is about $10,000. iwc.com