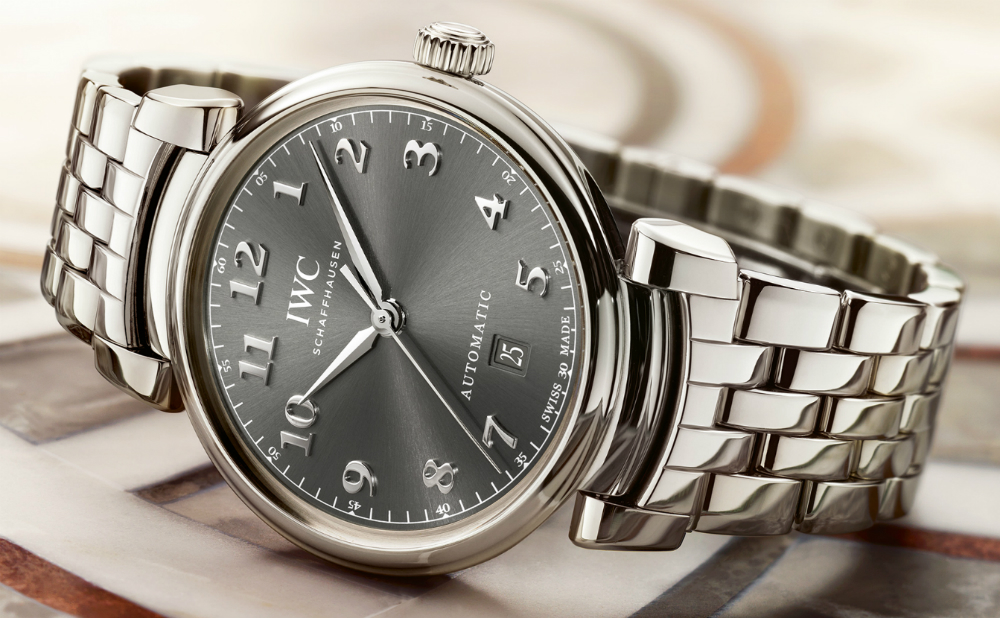 For SIHH 2017, IWC has reimagined their Da Vinci line, foregoing the recent tonneau shape for a more classic round case. The new IWC Da Vinci Automatic doesn’t hearken too far back, though, drawing clear inspiration from the Da Vinci SL Automatic (ref. 3528) from the late 1990s. It’s an inoffensive piece that some will find an appealing and versatile wear, but it will probably not put the Da Vinci line on the radar of many who already overlook it. Perception aside, it’s an interesting move from IWC to go from “Watches For Men” to a series of ladies’ pieces and this “unisex” model. Whether or not trying to capture a slice of a bigger pie will be successful for IWC remains to be seen. 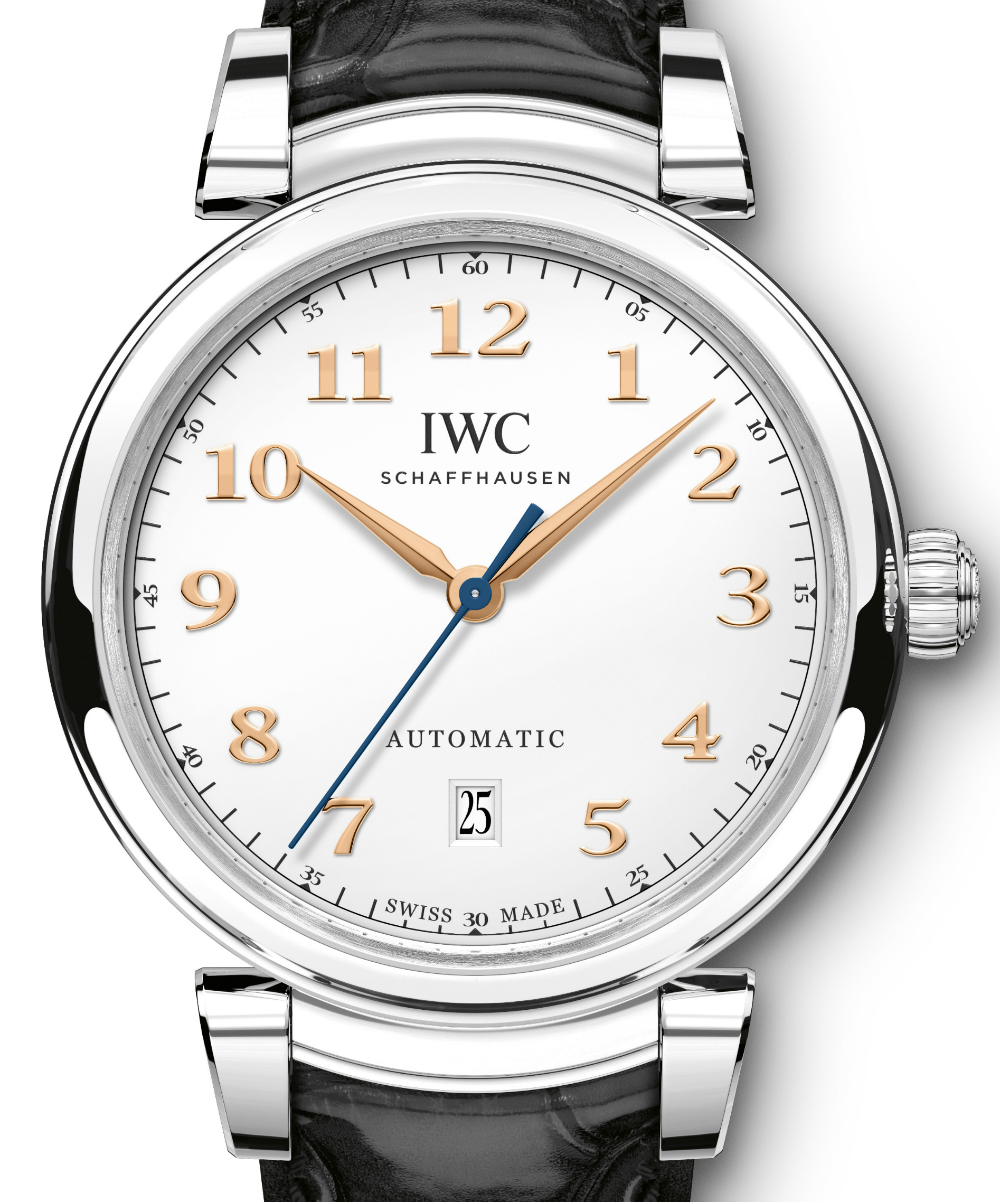 I mentioned the ’90s Da Vinci model that is also very much a classic look for a dress watch, and the new-for-2017 IWC Da Vinci Automatic watches revive some elements of its look. The new models have a high-polish case wrapping around the dial (either silver or slate – again, good dress watch choices), with leaf-shaped hands that are finished in the same tone that the polished numerals on the dial have. I find myself preferring the slate dial, but I do rather like the blued seconds hand on the silver dial, as it’s a nice bit of color.

The “female target group as main focus of interest” at IWC with the Da Vinci collection this year, this 40mm IWC Da Vinci Automatic is released alongside the 36mm IWC Da Vinci Automatic 36 watch. The model we are covering in this article is 40mm wide and 10mm thin, with a 30m water-resistance. Large enough for him, small enough for her, I suppose. The automatic IWC 35111 movement inside is a base Sellita SW300-1 with 42 hours of power reserve operating at 4Hz (28,800bph).

One other thing that may not be immediately apparent about the IWC Da Vinci Automatic is the fact that the lugs are articulating, or hinged. Basically, that means that you should get a very comfortable fit on your wrist, even if your wrists are on the smaller side (or, as the press release puts it, it will fit a woman’s wrist just fine). I’ve experienced this type of lug on other watches, and it does make for a better fit – at 40mm, of course, there will be no worries about “lug overhang” anyway. 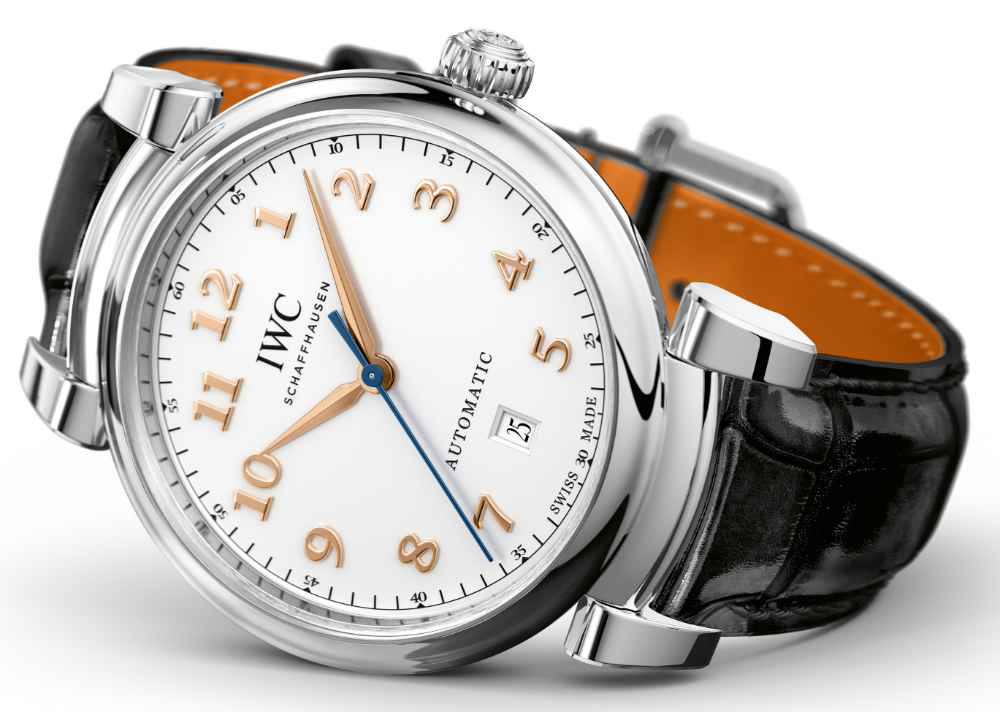 It does put a question in my mind, though – what designer thought that this was the right positioning to put the date window in? It’s simply jarring. Not that it’s at 6 o’clock, but the fact that it does not follow with the circle that the numeral indices are creating. Even if they had aligned the top edge of the date window with the line drawn from the tops of the 7 and the 5, I could maybe let it slide. But this… this does not look to me like the refinement I expect of a luxury watch. It causes it to look like a case that was fitted with too small of a movement, resulting in the date window being too far inward. 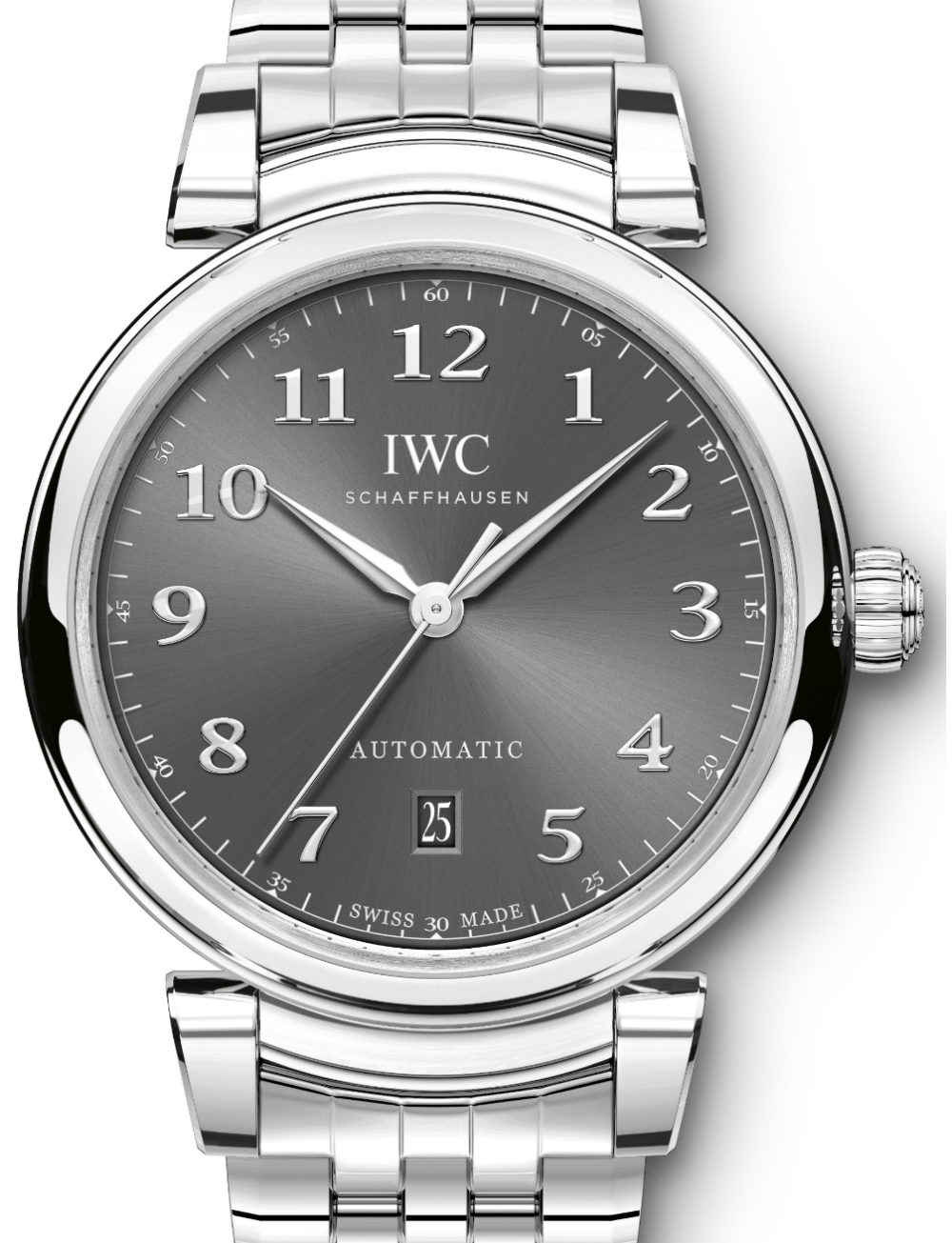 While I am certainly a fan of classic dress watches, and I do feel that IWC has had some interesting designs, for my personal tastes the new IWC Da Vinci Automatic leaves me a bit ambivilent. Who knows, perhaps that date window position is something carried over from another vintage reference, but that is a detail that should have perhaps been redone. On the other hand, should that detail not bother you, you will be able to pick up your own IWC Da Vinci Automatic for $5,400 on leather with silver dial or $6,400 on a bracelet with slate dial. iwc.com