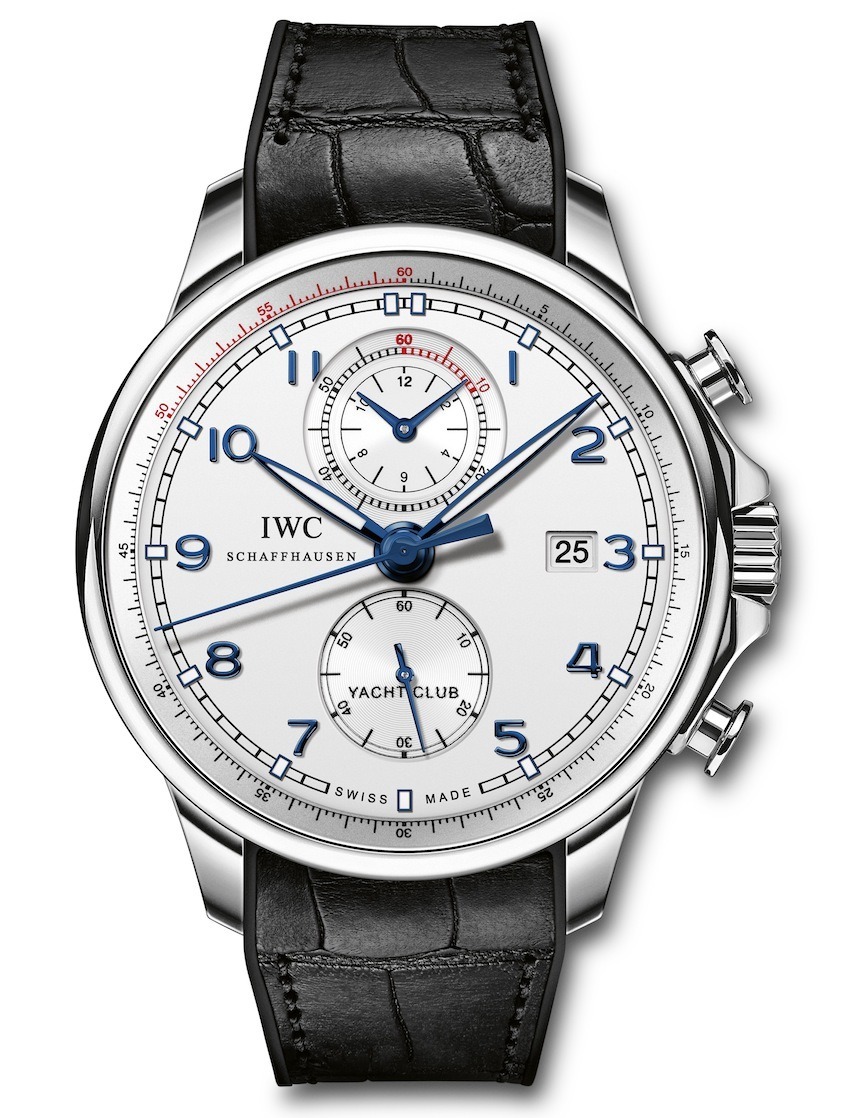 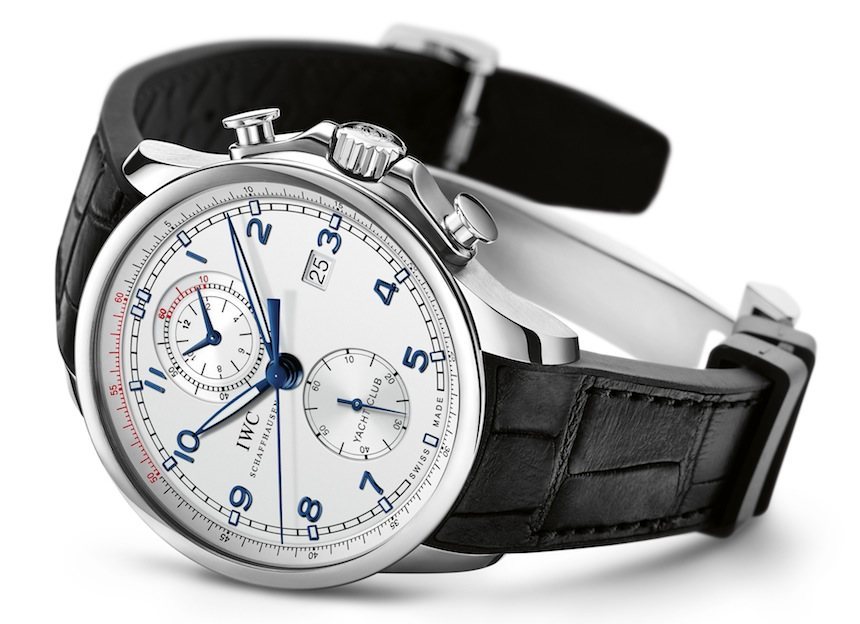 Boat races and watches – a weird and yet seemingly ever-green combination. A few years ago, IWC joined the craze and has chosen to sponsor the Volvo Ocean Race, a remarkably challenging, round-the-world race that starts this October in Alicante, Spain, and terminates in Gothenburg, Sweden, in June 2015. With regards to IWC’s role more specifically, the brand is the event’s Official Timekeeper, partner of the Abu Dhabi Ocean Racing team, and sponsor of the 24-hour speed record.

And while that does seem like a total overkill for someone not that into the world of competitive sailing, this web of collaborations does result in a surprisingly restrained, yet sporty-looking chronograph that arguably makes a lot more sense than the sponsorship-frenzy behind it. The watch dedicated to the event is the IWC Portuguese Yacht Club Chronograph “Ocean Racer,” a limited edition of just 1,000 pieces.

It was almost three years ago that we discussed its predecessor (article here), the 2011-2012 limited edition which featured a titanium case and carbon fiber dial; and it sure is interesting to see the 180 degree turn the new model shows when compared to the previous version. For 2014, IWC released a more mature, dare we say more down-to-Earth iteration, as the new IWC Portuguese Yacht Club Chronograph “Ocean Racer” sports a case in stainless steel, a clean-looking and highly legible white dial with beautiful blue indices and hands, as well as a splash of red here and there, for a bit sportier of an appearance.

The IWC Portuguese Yacht Club Chronograph “Ocean Racer” is a substantially sized watch, at over 45 millimeters wide and 14.5 millimeters thick, and it is rated to be water resistant to 6 bars – meaning that it should be able to resist any splashes of water it will be exposed to aboard a racing yacht, while it really is not suitable for swimming. 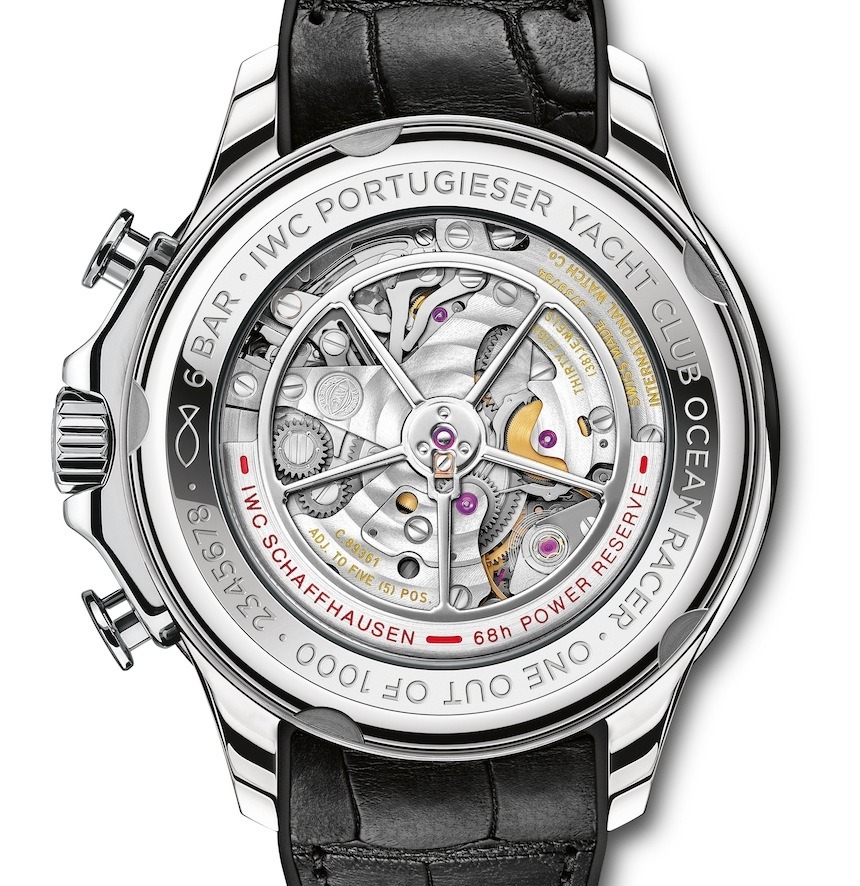 Functionality-wise, the latest model brings nothing new to the table, as it displays the hours and minutes, the running seconds on a sub-dial at 6 o’clock, the date, and features a flyback chronograph that measures up to 12 hours. Although we have seen this bi-compax layout in numerous other models from IWC, the sub-dial at 12 o’clock that comprises the displays for both the minutes and hours of the chronograph remains a neat detail, as it makes for a more balanced dial, without compromising functionality or legibility.

The movement inside is IWC’s in-house manufactured 89361 movement, and it is proudly displayed through the sapphire caseback – as opposed to being covered up by the engraved caseback we are used to seeing on so many of these limited edition watches. The movement features a flyback chronograph, IWC’s double-pawl winding system with a 360-degree rotor designed to resemble a ship’s wheel, and it offers an ample 68 hours of power reserve. 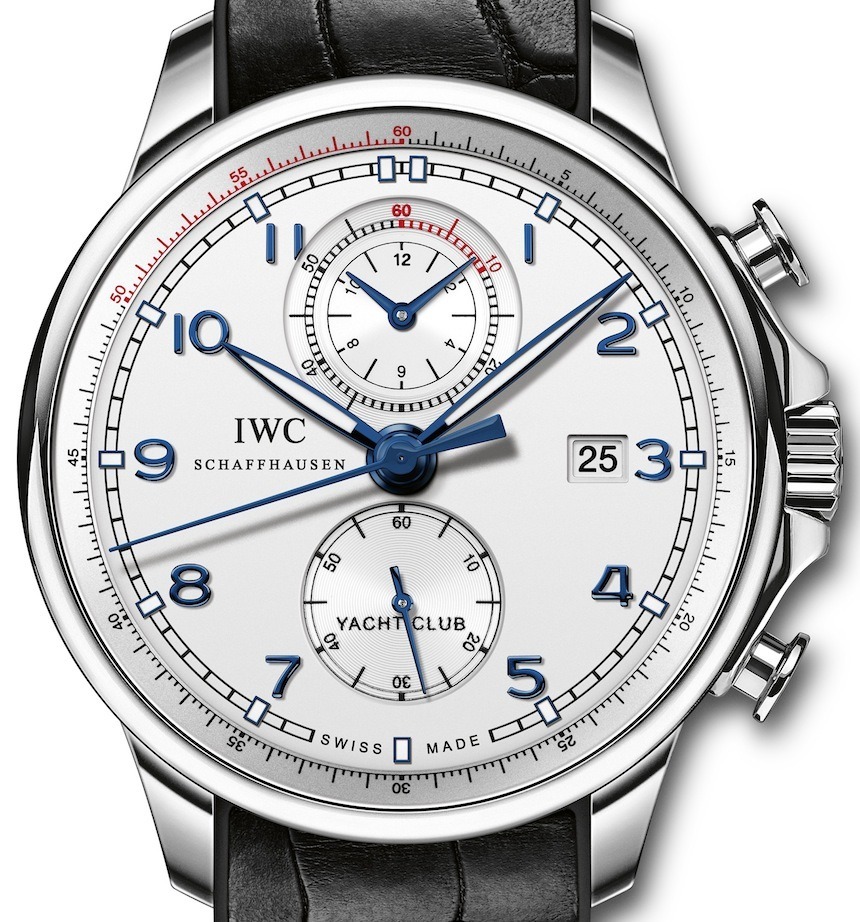 However, it is not necessarily the clever movement or the somewhat over-done marketing behind the watch that is really interesting, but what the styling of this 2014-2015 model indicates: the more restrained design – lacking all the carbon-fiber and titanium – shows that after recent years’ high-tech craze, the direction apparently is a more elegant aesthetic, one that is arguably more suitable to a mature brand like IWC. Nevertheless, technological advancements (i.e. the complex in-house movement) remain – they are just back “under the hood.”