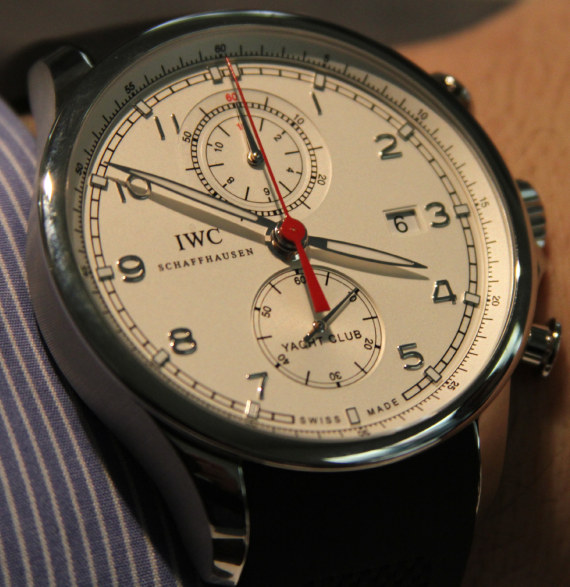 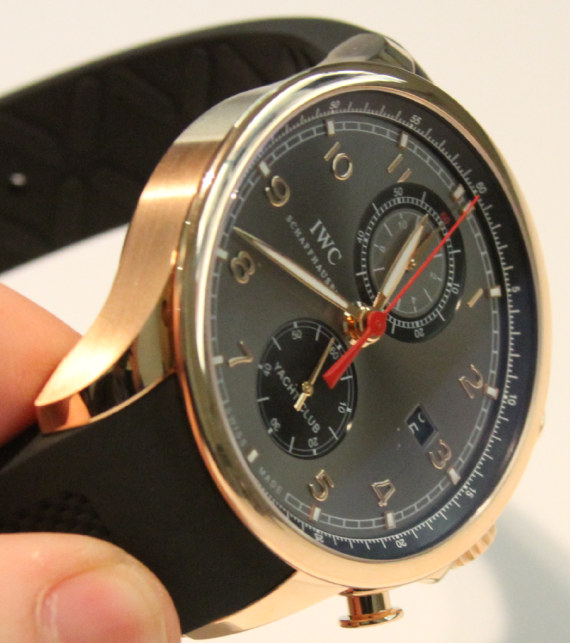 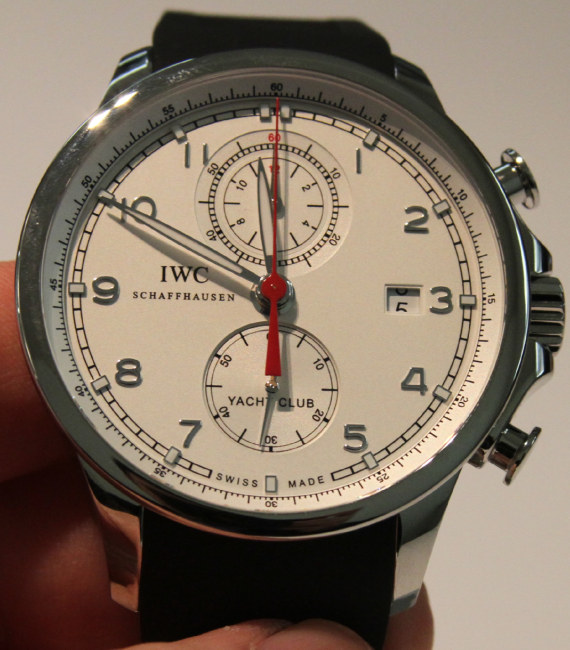 Finally a boat themed watch that people will be comfortable using on a boat. Since its inception long ago, the IWC Portuguese watch was meant as a nautical companion. As its popularity and luxury level grew, so did people’s reluctance to subject their beautiful IWC Portuguese watches to the elements. For for 2010 IWC has released a more sporty, but no less luxurious form of the Portuguese watch known and the Yacht Club Chronograph. It is instantly recognizable as a Portuguese but clearly has a nice sporty elegance to it. Not aggressive in anyway, but tastefully functional – exactly the reason people prefer Portuguese watches. Differences between the standard Portuguese watches and the Yacht Club are subtle, but apparently. Notably are the colorations on the dial, the luminant on the hands, and of course the rubber straps. The case has also been beefed up a bit and there are now crown guards and redesigned chronograph pushers. Case size is 45.4mm wide (about 14.5mm thick) and it is water resistant to 60 meters.

Inside the watch is a really fantastic IWC in-house made movement. It is the caliber 89360 automatic (with a healthy 68 hours of power reserve) which is viewable through the caseback window. The automatic rotor is signature IWC in style and nicely engraved. Overall the movement finish and decoration is really nice for such a sporty watch – this aspect of the watch does not let down. The movement has a little aspect to it on the dial that is really easy to miss. Instead of the classic IWC Portuguese watches that have 30 minute chronographs, the Yacht Club has a 12 hour chronograph. The top subdial actually has two hands (one is hidden underneath the other while the chronograph is not in use). Thus, the same subdial has a ring for counting the minutes (60 total), and a smaller ring with a separate hand for the hours. See what I mean now when you look closely? This really ups the utility of the watch. The movement also has a date indicator that most Portuguese watches do not. 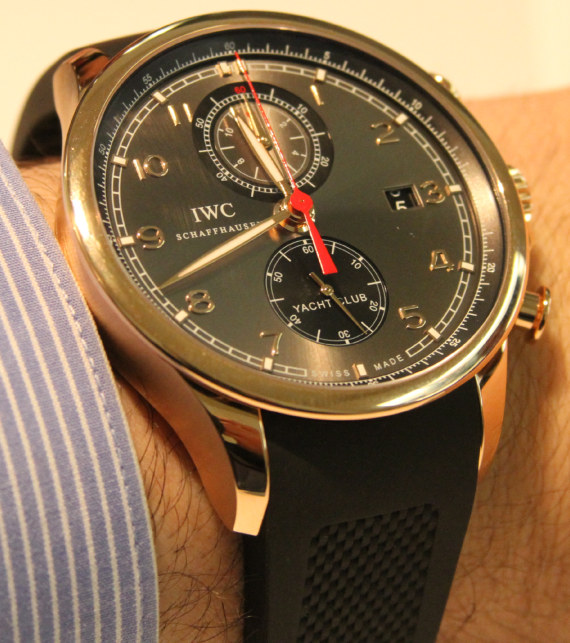 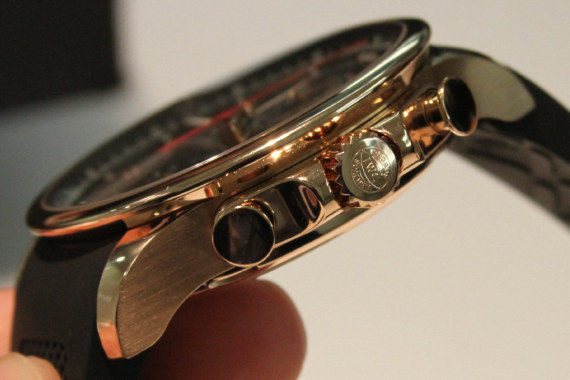 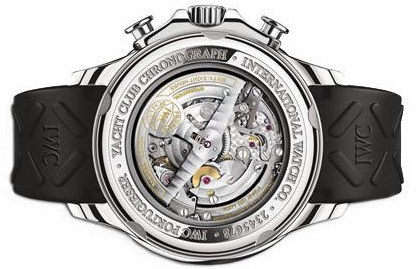 Dial design is really superb. The Portuguese style isn’t what one would call exciting, but is excels in function and grace. Applied Arabic hour numerals and each conceivable marker ring give you all the information you need, without anything you don’t. For example on the chapter ring flange IWC could have placed a useless tachymeter, but did not. Instead is a useful counter for the seconds and minutes. Hands are classic in style and all the right length. The chronograph centrally mounted seconds hand is a sporty red and easy to see. Don’t forget the useful addition of the lume on the hour and minutes hands as well as for the hour indexes behind the numbered hour indicators. Also note that IWC matched the color of the date disc to the dial color.

The Portuguese Yacht Club watch comes in two steel versions and one in rose gold. The steel versions have a white or slate colored dial, while the rose gold version comes in slate. The little details all over as well as the movement decoration engraving on the crown, and of course the sporty style are things that will appeal to most every fan of IWC Portuguese watch as well as newcomers to the collection. Really a hit for SIHH 2010, I see this as being a new long standing addition to the collection. Maybe they will have one with a metal bracelet in the future. That will be interesting. Price is $12,600 in steel and $23,100 in rose gold. Available now or really soon.