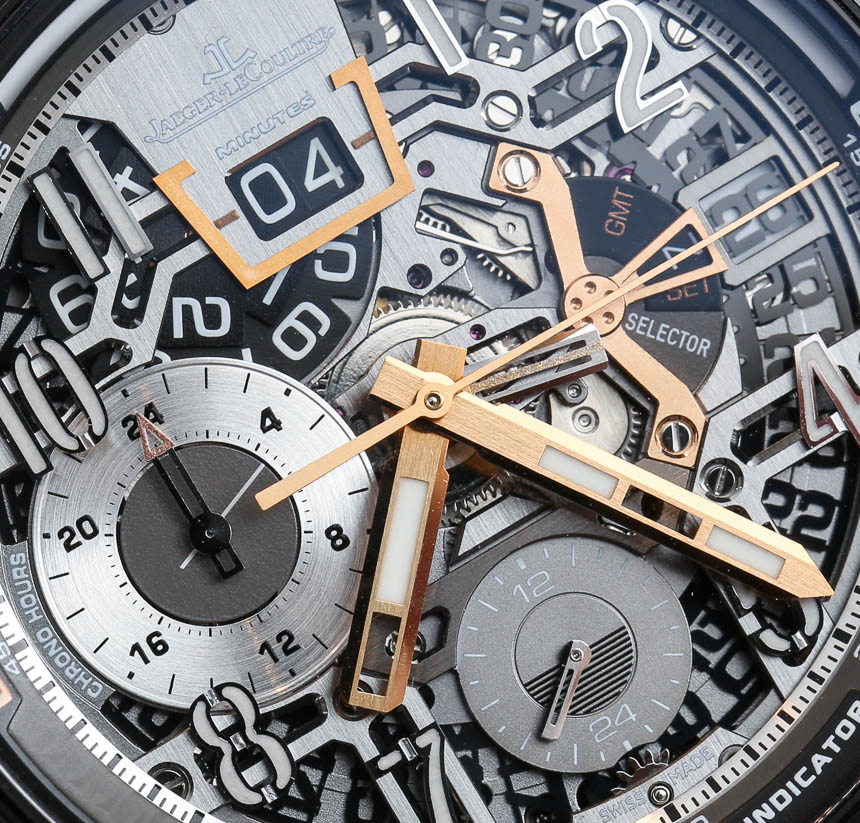 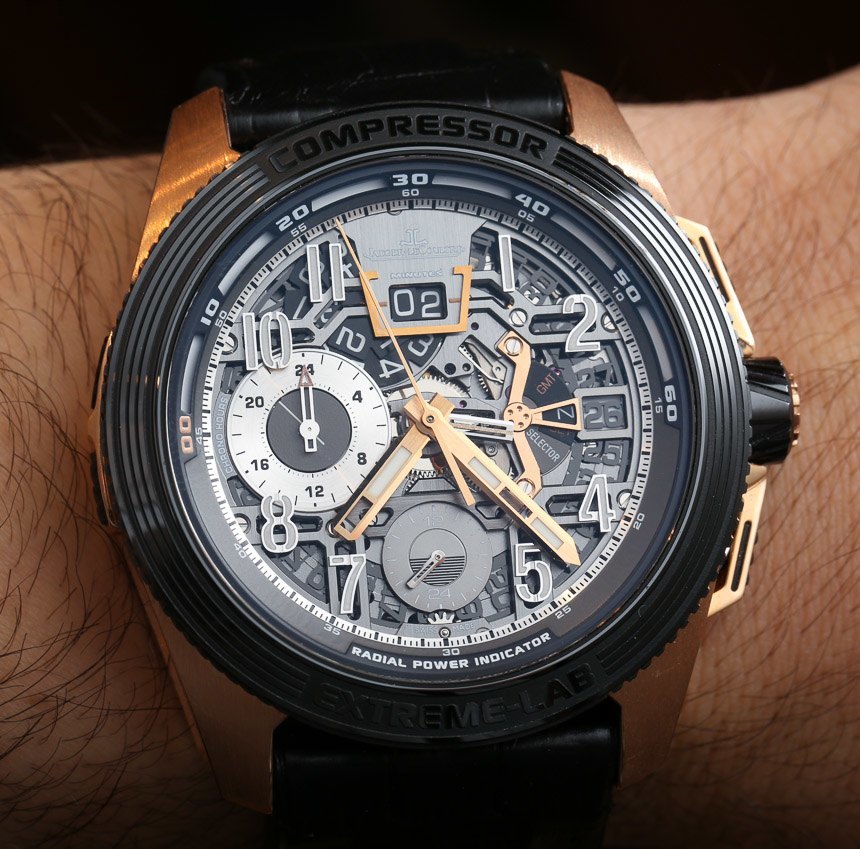 People sometimes ask me what some of the watches on my “grail list” are, and while I don’t like to limit myself with too many specific answers, the Jaeger-LeCoultre Master Compressor Extreme Lab 2 watch often comes to mind as a timepiece I really, really want to get. Pricey, but not ludicrously so, given its features, the Jaeger-LeCoultre Master Compressor Extreme Lab 2 was originally debuted in 2010 (hands-on here), and as I understand it, recently completed its limited edition run. It isn’t uncommon for even the most sophisticated watchmakers to take a few years to produce a full series of such an intricate and complicated watch.

My understanding is that when Jaeger-LeCoultre initially debuted the Master Compressor Extreme Lab 2 it wasn’t clear how many pieces they were going to make. In fact, rather than the more common term “limited edition” the Jaeger-LeCoultre Extreme Lab 2’s caseback bore the more ambiguous term “limited series” with a black space next to it. It was not until these models reached commercial production that Jaeger-LeCoultre seemed to indicate how many Extreme Lab 2 watches they were going to produce. That number ended up being 200 pieces for the ref. Q2032570 (aka 2032570, Q2032470) in 18k red gold, and 300 pieces for the ref. Q203T540 (aka 2043T540) in a special version of titanium. 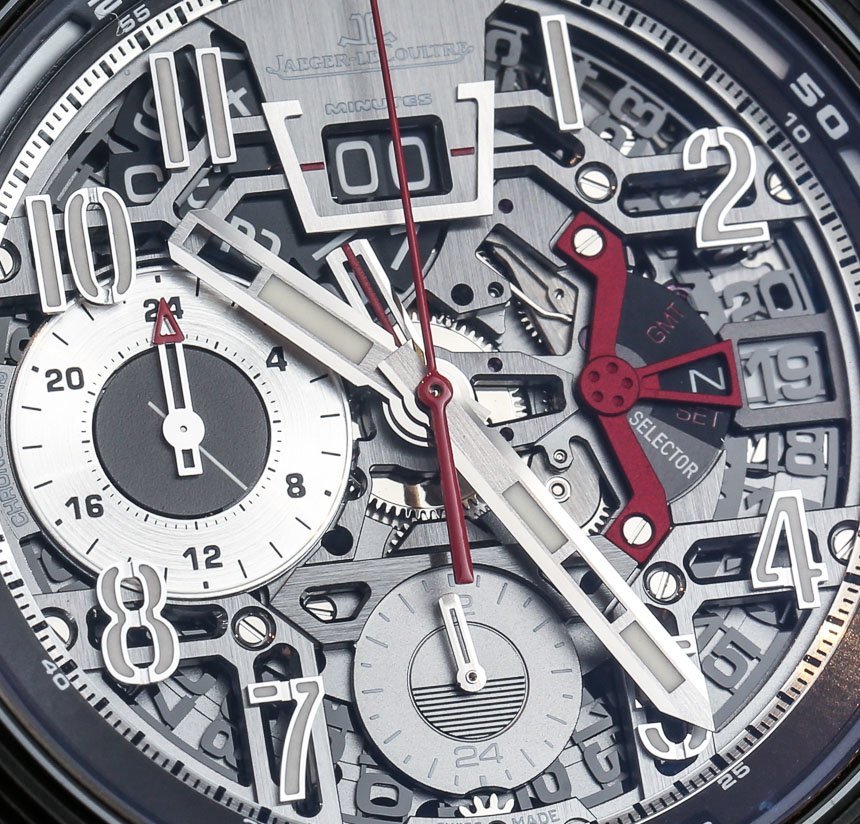 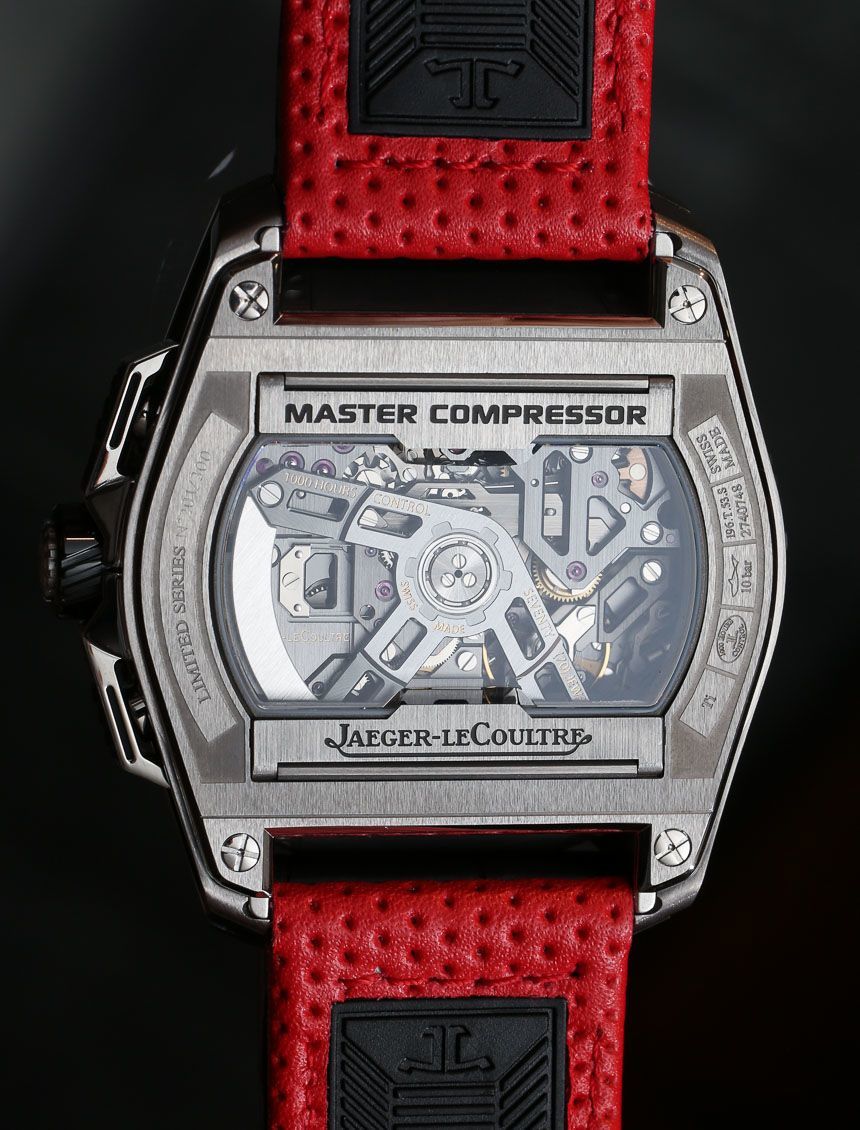 Explaining all the design features of the Jaeger-LeCoultre Master Compressor Extreme Lab 2 can take a lot of time. Jaeger-LeCoultre can be said to have “over-engineered” the watch, given all that it contains on both the outside and the inside. “Over-engineered” is not a term I use often, but when you take all that the watch has into consideration, it feels like an awful lot of work for only 500 timepieces, priced at well under $100,000 on top of that. If you are like me, and can appreciate a zealous pursuit of masculine complexity and a dedication to functionality, then the Jaeger-LeCoultre Extreme Lab 2 will be a difficult watch to resist. 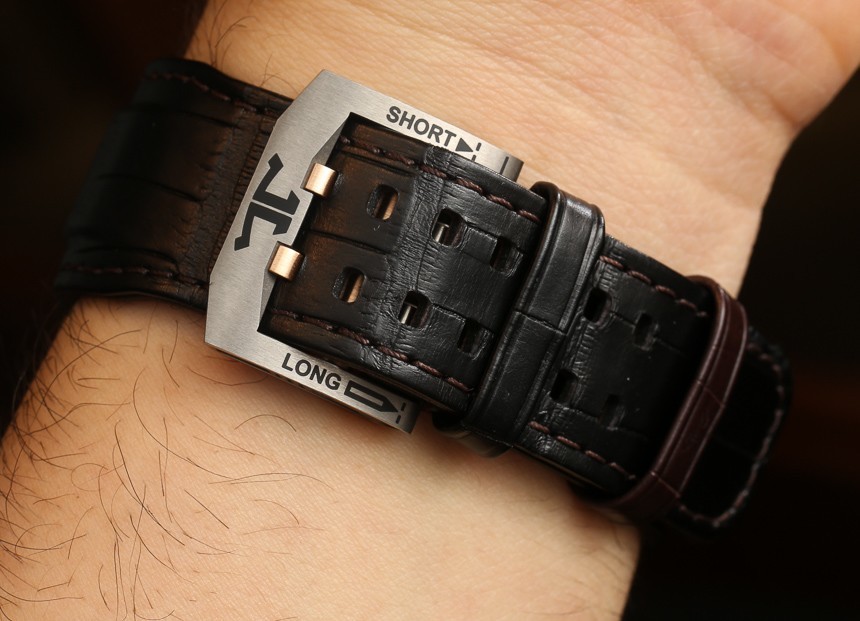 Of all places to start, let’s first look at the strap buckle. You can tell that, even here, Jaeger-LeCoultre put a lot of work. The buckle has a special little system, where you can select between two sizes to wear it, “short” or “long,” so that you can give yourself a bit of extra space on the wrist. Moving up the strap, you see what is perhaps one of the most impressive leather straps ever made. Jaeger-LeCoultre calls it a “double alligator strap,” because it is actually two colors, with a darker color on the top, and a lighter one on the bottom. This latter strip is brown on the red gold version, and red on the titanium version. Comfortable, and awesome looking, the straps features proprietary endlinks which, go into a specially designed quick-release system for the straps.

The way it works is simple: there are flap-style levers on the rear of the case, which go to release the strap, but before that, there are three additional levels of adjustment to wear the watch more comfortably. Again, it is all very cool, and clearly over-the-top, in regard to measuring necessary utility versus complexity – but I love it. The Jaeger-LeCoultre Extreme Lab 2 case itself is another impressive feat of effort, and something that anyone that loves modern design will fawn over. Pieces like the Jaeger-LeCoultre Master Compressor Extreme Lab 2 have forced me to claim that Jaeger-LeCoultre is one of the top “superwatch” makers of our times. 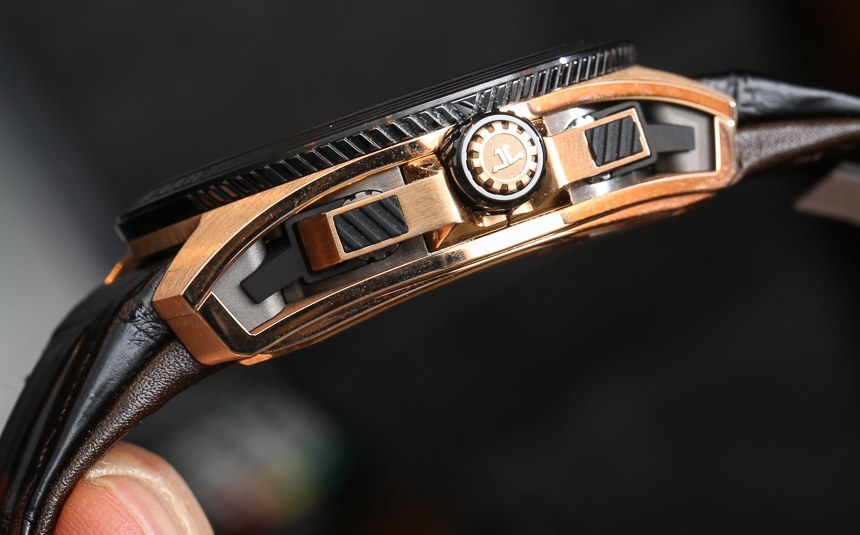 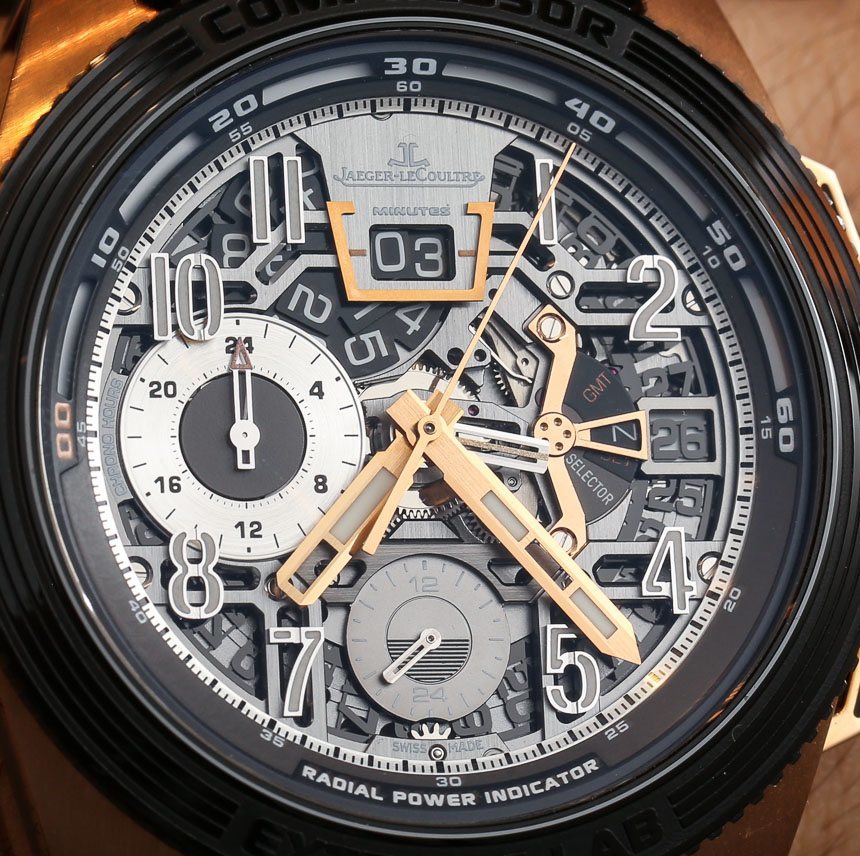 At 46.8mm wide, the Jaeger-LeCoultre Extreme Lab 2 isn’t a small watch, but the short, stubby lugs allow it to wear nicely on most wrist sizes. The case design is intended to protect the movement, and consists of an inner “movement container” and an external “chasis.” This, of course, is a good idea, given how delicate the movement likely is. Produced from a total of 143 parts (just for the case), the inner part of the case is made from TiVan15 titanium, which, according to Jaeger-LeCoultre, is a specially hard titanium alloy used exclusively by them. The chasis of the case is either more TiVan15 titanium or 18k red gold. Both versions have a black zirconium ceramic bezel – which bears some engraving detail that, while simple looking, is difficult to properly cut into ceramic.

At 16.5mm high, the Extreme Lab 2 case sure isn’t thin, but it could have been a lot thicker. Jaeger-LeCoultre managed to squeeze out 100 meters of water resistance, even with the non-round sapphire crystal over the caseback showing a view of the movement – and all the pushers. Around the case is a push-button style crown (it pushes in like a button to select functions rather than being pulled out), two chronograph pushers, and a sliding lever on the left side of the case. This leads to some interesting functional options that are worth noting. 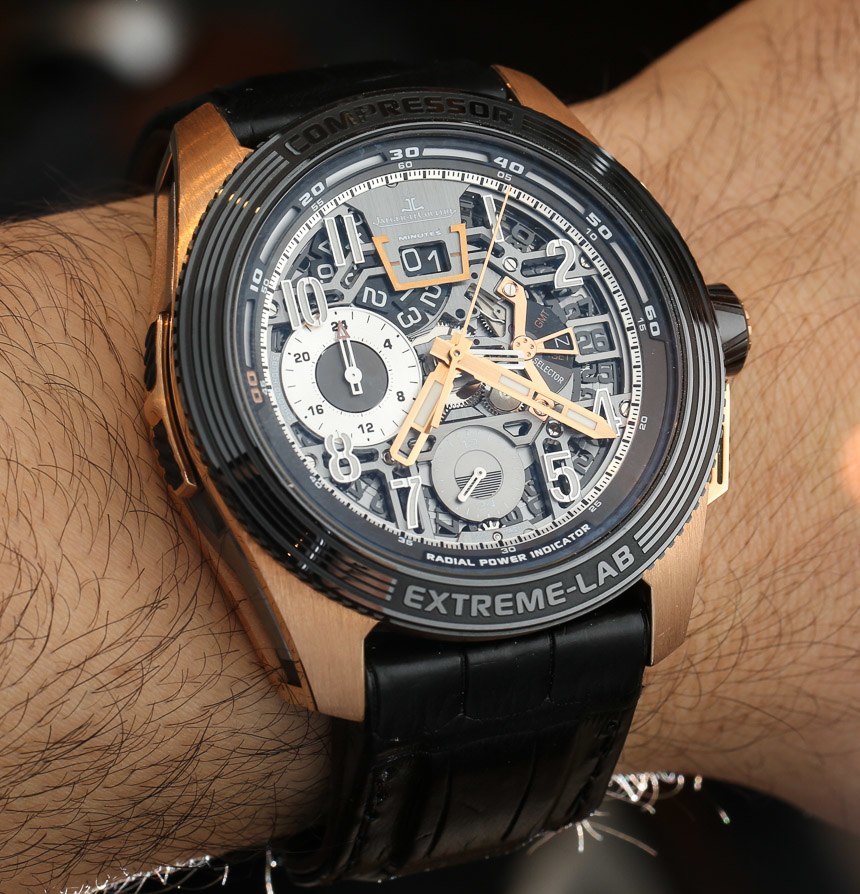 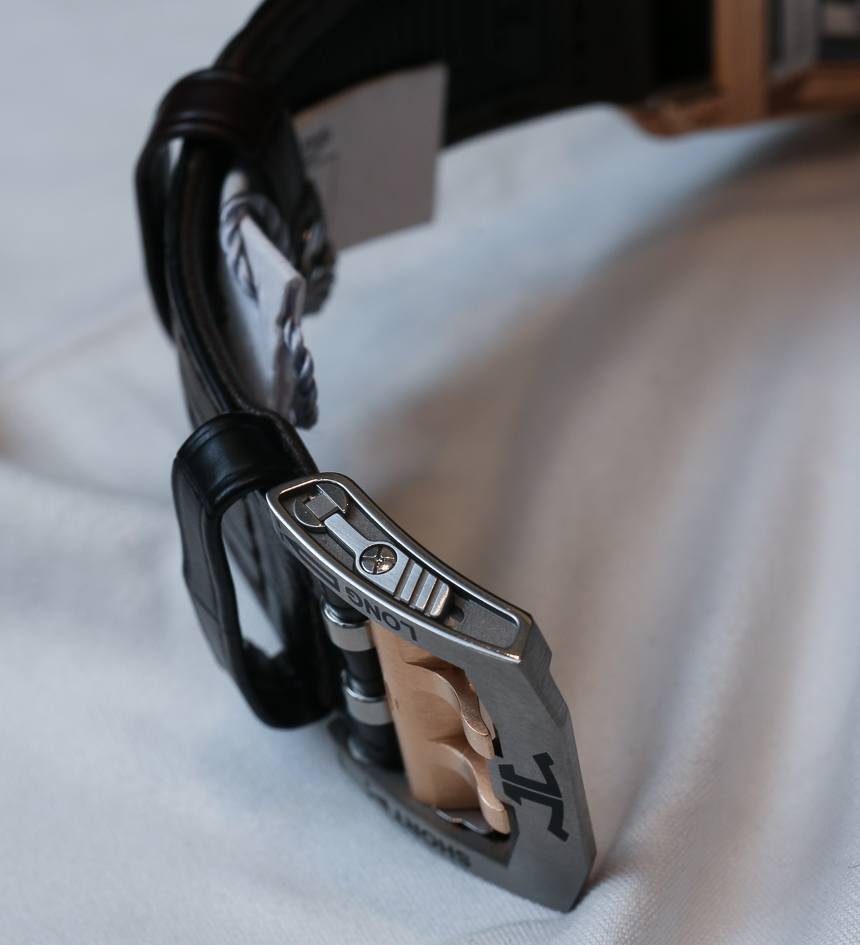 Located with the hour and minute hands is an additional hand which services as a second time zone. It isn’t a true GMT hand, because it indicates time in a 12 hour format, but it does have a dedicated 24-hour dial just over 6 o’clock, used to indicate whether the second time zone is in AM or PM time. Right near 3 o’clock is a window for the date, and to the immediate left of the date window is a function selector for the crown’s operation (which cycles as you press in the crown). Finally, the Jaeger-LeCoultre Extreme Lab 2 has a power reserve indicator. While replicated in some other watches, Jaeger-LeCoultre used the Master Compressor Extreme Lab 2 to debut its “radial power indicator,” which fills an arc on the upper periphery of the dial, as the power reserve fills up from “00” to a full 60 hours. All of this information is remarkably balanced and laid out intelligently on the otherwise complex skeletonized dial.