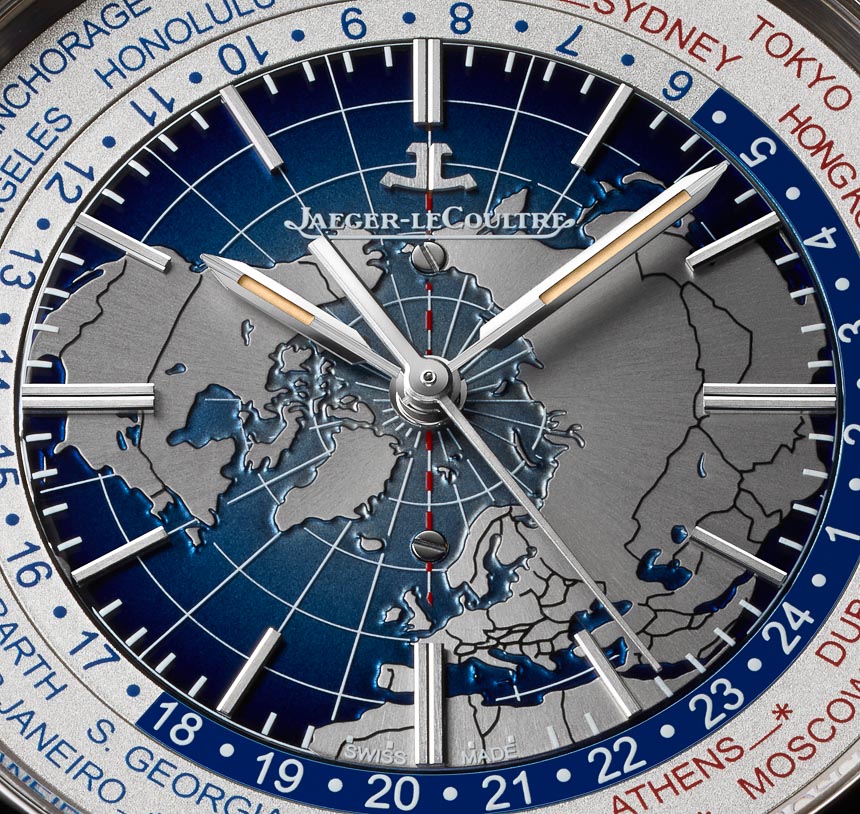 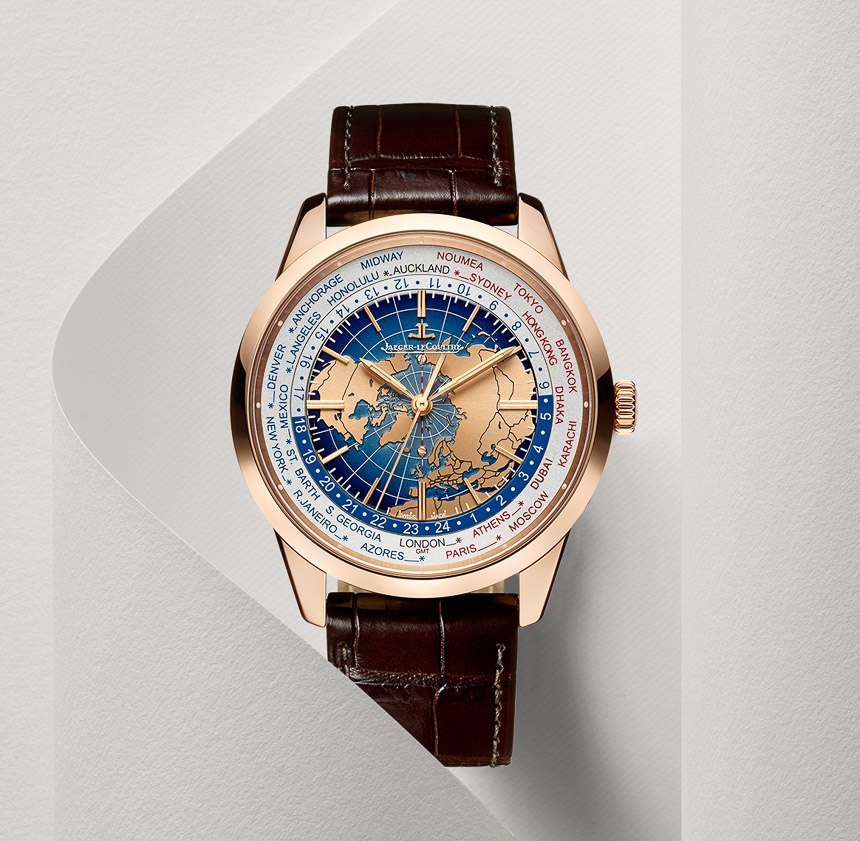 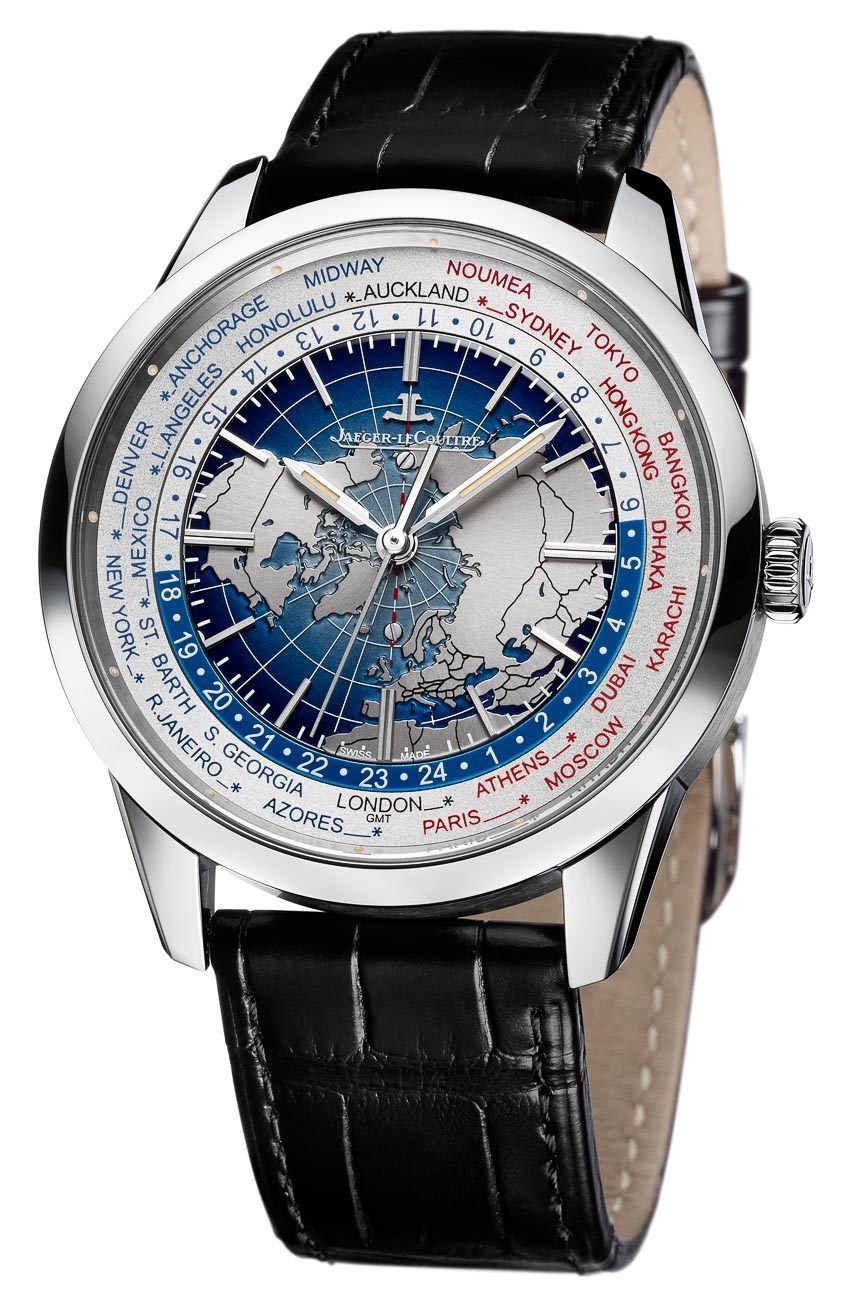 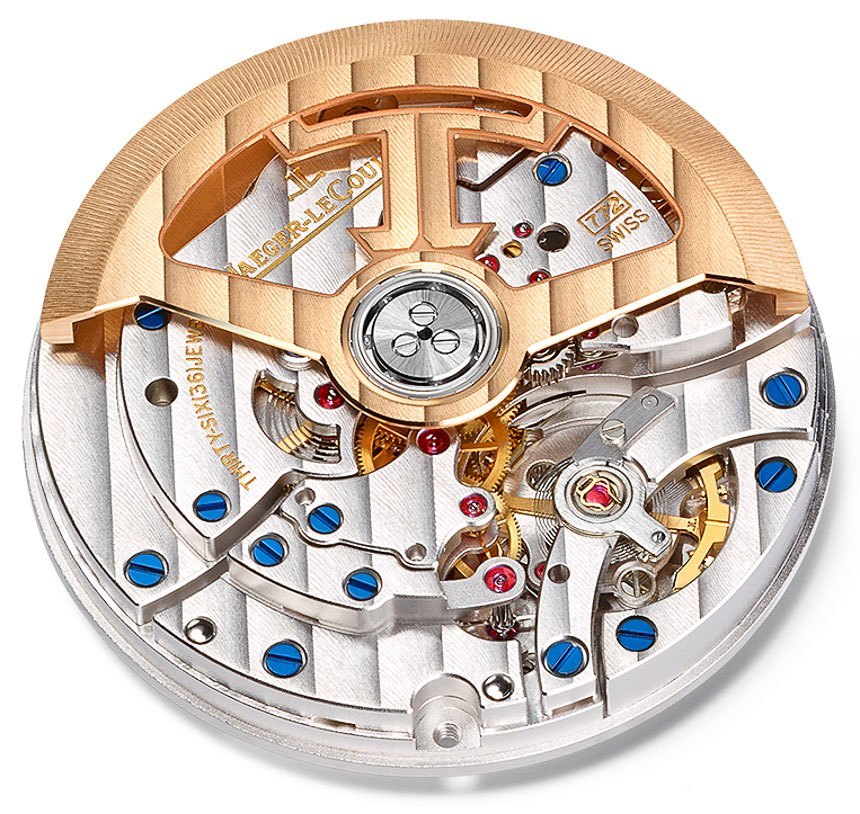 World time watches are not only cool looking, but they are also useful. This particular system with a 24-hour ring is relied upon by a number of brands ranging from Patek Philippe to Montblanc – with prices all over the place (I believe Frederique Constant or Ball are the leaders when it comes to Swiss world time watch affordability). Anyhow, now Jaeger-LeCoultre offers its own take on this flavor of world timers with the Jaeger-LeCoultre Geophysic Universal Time. What’s special? This is the only one that I know of that has a deadbeat seconds hand (“True Second,” as Jaeger-LeCoultre prefers to call it). 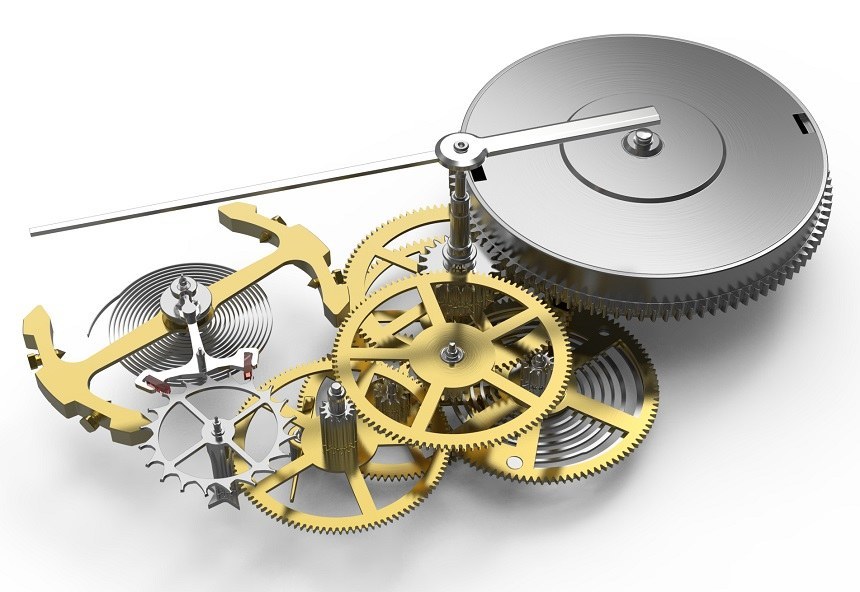 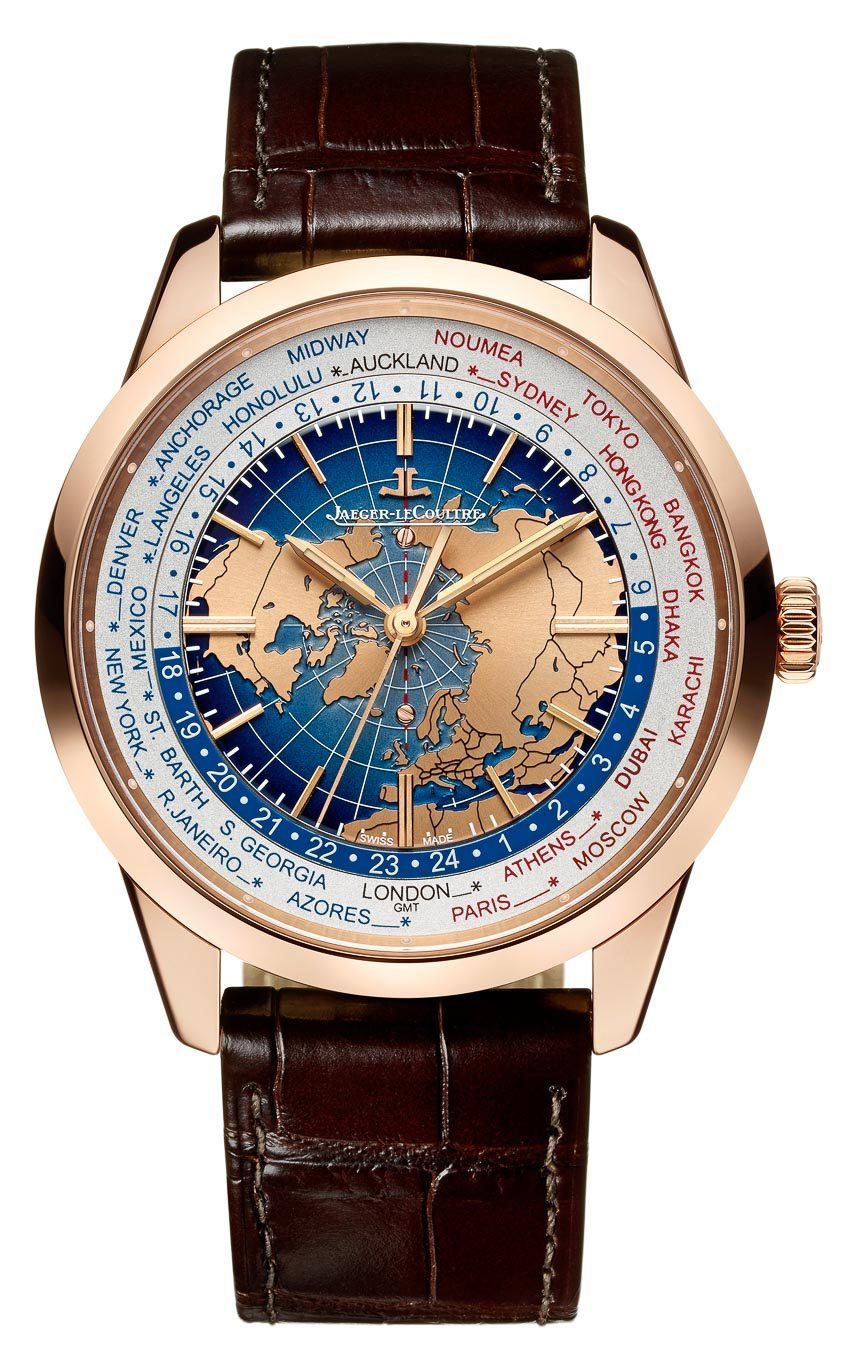 I am not typically a mega-fan of world time dials with maps, but this one is pretty cool, and on the wrist, it has an impressive character the melds a bit of retro-flair with modern visual elements. With all that is going on the dial, the Jaeger-LeCoultre Geophysic Universal Time might not be as legible as the cleaner dial on the True Second, but it is more legible than some other map dial world time watches I’ve worn. As I mentioned when talking about the Geophysic True Second watch, I do like the new hand set design. The red and while strip down the center of the dial isn’t that bad either.

I have to say that even though world time watches aren’t exactly rare, the addition of the True Second hand makes this particular world time Jaeger-LeCoultre Geophysic Universal Time watch a bit special. It is also a Jaeger-LeCoultre which seems to add credibility to the entire product proposition because stuff like this feels right up the brand’s alley (Side note: I really don’t think a single true alley exists in Le Sentier, Switzerland).